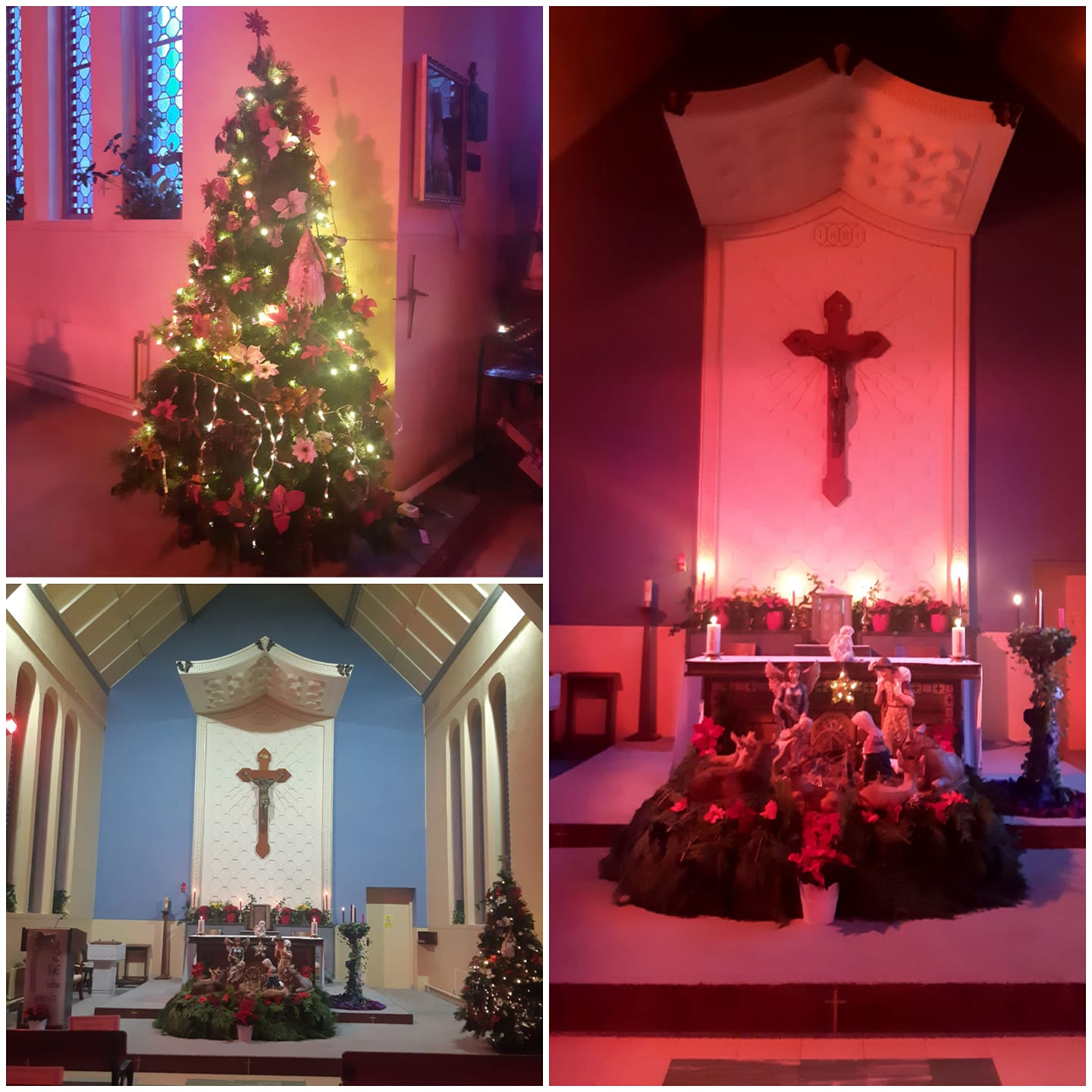 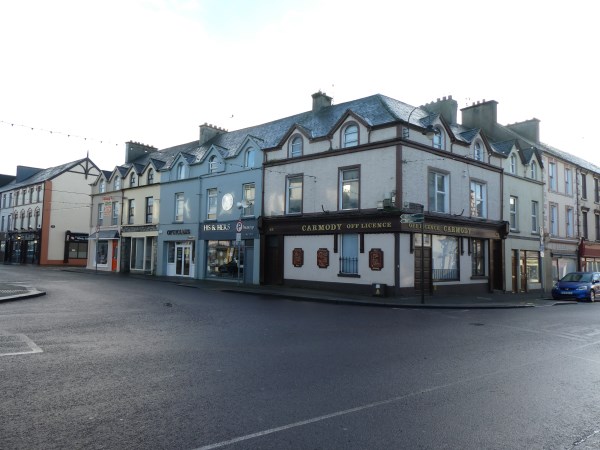 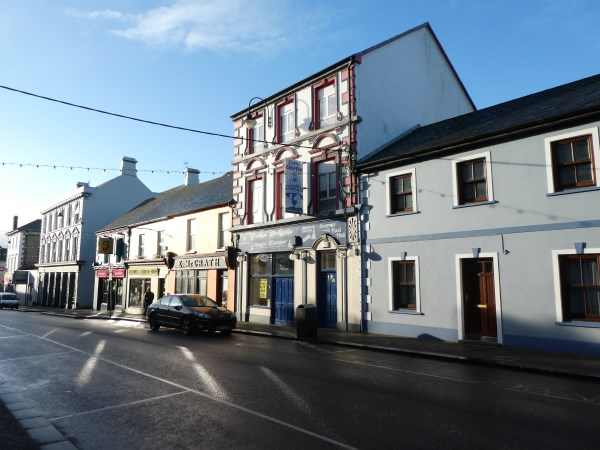 Memories of Christmas in Ireland in the 40 and early 50

Going to the wood to cut the holly which grew wild, and the moss to put on the crib.

Christmas Eve cleaning the house, the excitement of setting up the crib filling jam jars with sand and putting the candles in them, decorating them with crepe paper, putting up paper chains, my mother would have made a large Christmas pudding in a gallon and put it aside

The turkey or goose was bought at the local market and plucked by our neighbour Bill Boyle. He must have done it for everyone because the road would be covered in feathers. The innards were still warm when it was cleaned out, that was all on Christmas Eve so it was fresh.

We were not well off but we were lucky as my father was always working, we were not short of anything. At that time in Kerry there was a lot of unemployment.

The shops mam shopped in during the year gave a Christmas box. One shop would give tea, sugar and maybe a pot of jam. That shop was called Jet Stacks and it is not there now. The butcher Murphy’s would send Danny to deliver us maybe a large piece of lamb, of course it would be delivered by him on his bicycle with a basket in front

I can also remember a donkey and cart outside the shops with a tea chest and all the shopping would be put into it. These people would be from the country and would not come to town again until after Christmas.

There was a shop called Fitzgibbons and we would pay in whatever we could afford for toys or anything else. I paid in sixpence a week for a sewing box and I still had it when I got married. Mam paid every week for the Nativity figures for the crib I have never seen anything so beautiful since.

The ham would be on the boil and with the crib set up. The candles would be lit by the youngest member of the house, I think at 7o clock

Our clean clothes would be kept warm over the range ready for midnight mass.

Going out on the frosty night and seeing all the windows with lighted candles was wonderful.

Home after mass a warm fire in the range a slice of the ham or maybe a fry! Our stockings would be hanging at the end of the bed. We did not get much; my dad was very good with his hands and would make things for us. He made a scooter once and a rocking horse.

My brother Neil wanted a mouth organ and it was like the song scarlet ribbons, dad went to so many shops until he got one for him. I was too young to remember that but mam told that story.

Christmas morning I will never forget waking up to the smell of the turkey roasting.

Up quickly and look if Santa had come, our stockings might have an orange, we always got something. I remember getting roller skates; I also remember getting a fairisle jumper from Santa. The problem was I had seen my aunt knitting it. All the children would be out in the Avenue with their new toys to show off.

Before dinner our neighbour Paddy Galvin would come in to wish a Happy Christmas and mam would give him a bottle of stout. I think that was the only time he ever called in. We would have lemonade and stout in for Christmas.

Dinner was wonderful, our Mam was a great cook. There was Mam Dad, Nelie, Paddy, Doreen and myself. My brother Junie came along later, and after we would wrap up warm and visit the cribs; one in each church, hospital, convent and St Marys and bring home a bit of straw for our crib which I think was blessed.

More food when we got home

Bed and looking forward to St Stephens day and the Wren Boys, no cooking on that day we finished up the leftovers.

The Times they are a Changing

Christmas times and Christmas customs are changing and so is the language to describe them. Yesterday I published John O’Connell’s great memories as recorded in John’s  own words by his wife Noreen. Now I realise I should have added a glossary for the terms and words that have fallen  out of usage

A two pound jam crock; Jam used to come in one pound and two pound jars. The one pound jar was similar to jam pots today and the 2 pound one was double the size and so more suitable as a container for a big candle. A crock is another word for any kind of glass or earthenware container. It still survives today ion the leprechauns “crock of gold”.

A crib is today’s Nativity set.

An ass is a donkey. When I used this word recently in the phrase “an ox and an ass” when telling the Christmas story to my grandchild, she went “An ass?”

She wouldn’t believe me that it was another name for a donkey so she Googled it and asked for an image. The first three pictures Google threw up were of ladies’ posteriors!!!!!!

Meal or yellow meal was a flour like substance used in animal feed and sometimes in human feed too.

Thick ha’penny biscuits….There was a time when one could buy one or two biscuits from a tin of loose biscuits. I remember huge ones we called currant bats.

A ha’penny was a half penny. There was a smaller coin called a farthing worth a quarter of a penny but they were gone by the 1950s.

Hot toddy in a Snug… This was a hot whiskey drink with cloves and sugar, often credited with restorative powers and often given to visitors, including the postman, at Christmastime.

A snug was a small private area in a pub usually reserved for women. Women never drank at the counter. Allo’s in Church Street still has an old fashioned snug and some pubs have built some new ones during there pandemic.

Messages: Goods bought in shops were always referred to as messages. Today they are just “shopping”

Purties….these were toys, ornaments and other junk of no value except play value and sentiment. (Derry Fleming has a shop in Castleisland called Derry’s Purties)

Half tiers (tierce) ….. I think it’s tierce but John, like me, was very familiar with the word but never saw it written down. I think it was a small barrel of porter.

Now go back and read John’s memories again in the lovely old language of our parents and grandparents. It’s a story of a well remembered happy Christmas time. Thank you, John and Noreen for reviving and preserving those great old memories for us. I hope it inspires others to tell us about past Christmasses. 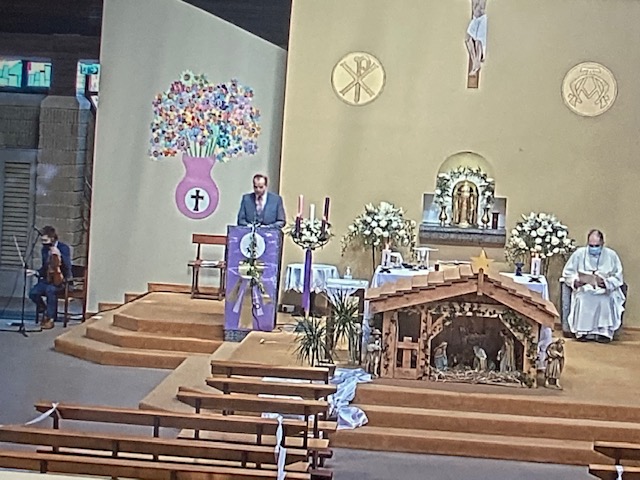 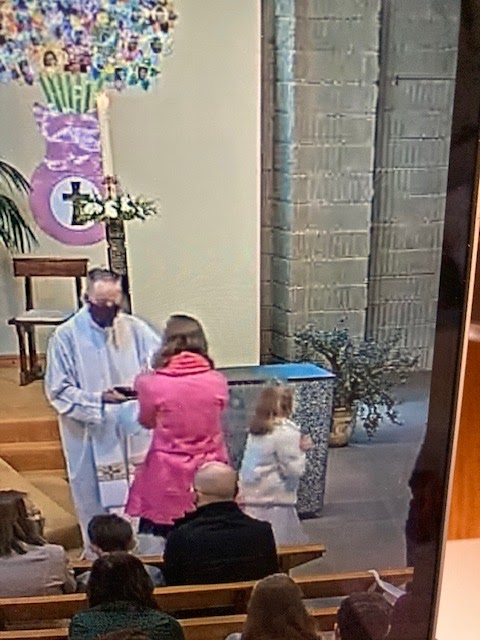 First Holy Communion in a time of Covid. On Saturday December 12 2020 my beloved Cora eventually received her First Holy Communion in the church of Christ Our Light in Ballincollig. This is what I saw on my computer screen. The only family present were her parents. The children didn’t sing or read or play their tin whistles like other years. There was no big party in the school or at home. None of her grandparents or god parents were there.  Sad! 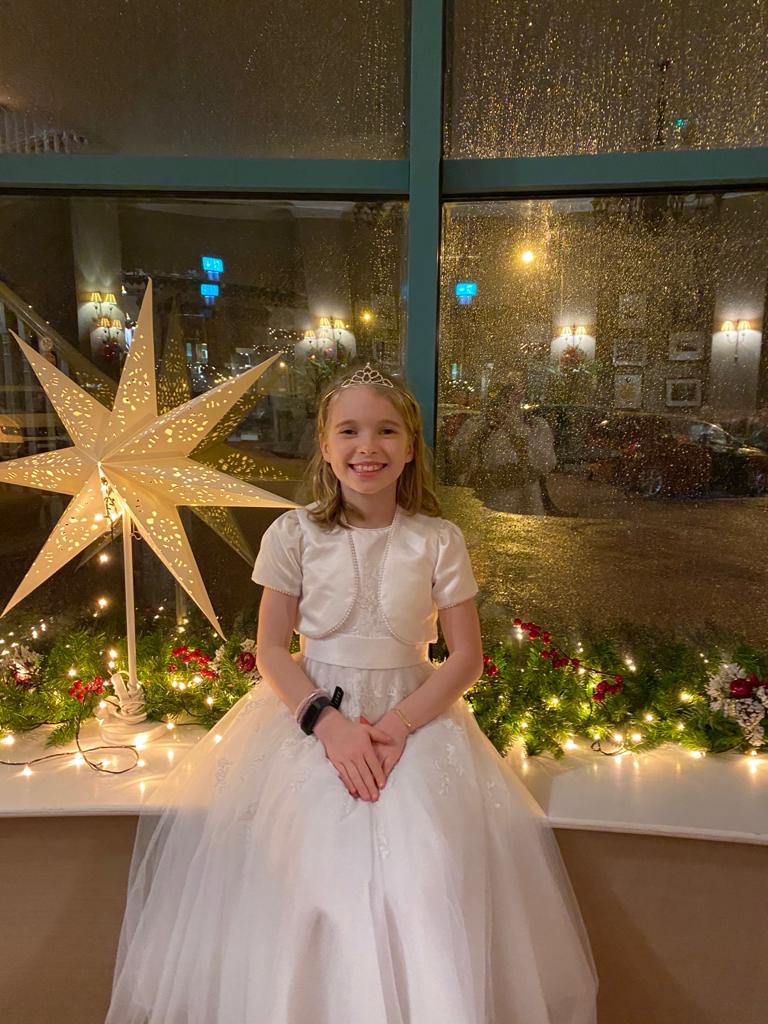 Carrying On Keeping us Reading in Christmas 2020 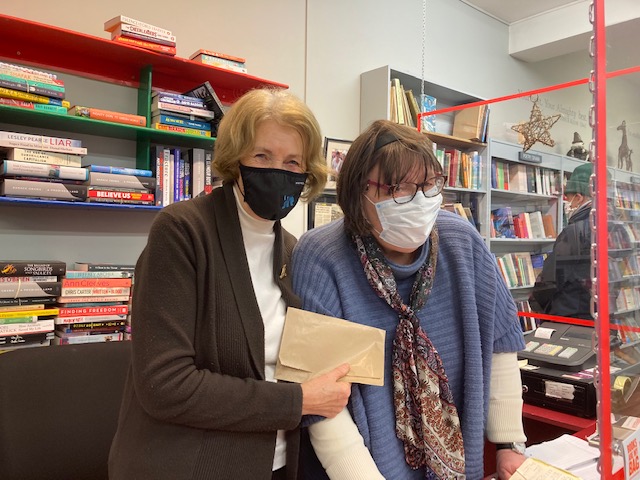 Mary and Brenda in Woulfe’s are still cheerfully serving their customers and coping with everything Covid 19 is throwing in their path. The shop was busy on Saturday when I visited.

Eamon Kelly, Billy McSweeney and I Remember Christmasses past and an Appreciative and Appreciated email