We knew him when he was only a lad. 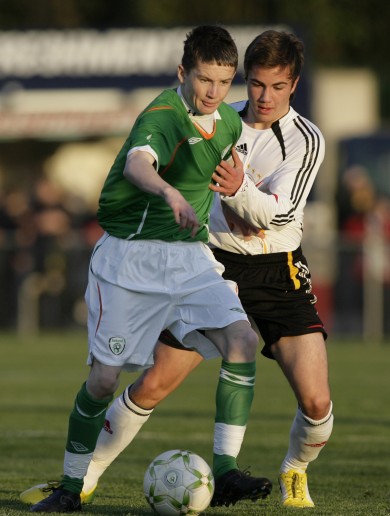 This is a photo of Shane Murray(Ireland) and Mario Goetze(Germany) taken in Listowel in 2008. 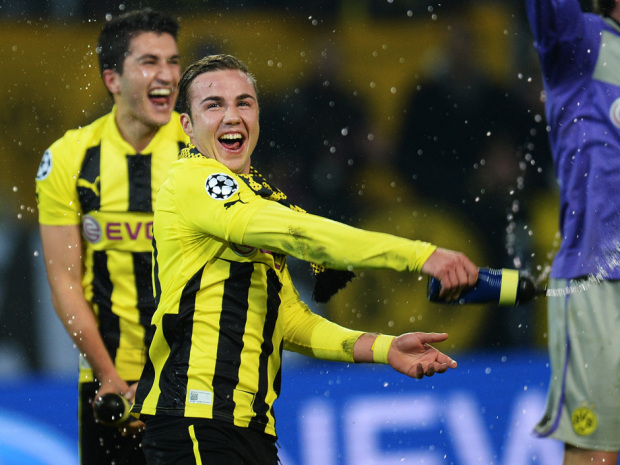 This is the same Mario now aged 20 in his Borussia Dortmund colours. He is in the news because he practically single handedly beat the great Real Madrid on Weds. last.

Last Wednesday night in St. John’s we were treated to a rare glimpse into Listowel in times past, as seen through the lenses of John Lynch and Jack McKenna.

John McKenna played some apt tunes on the the piano as we watched footage never before seen in a public setting in Listowel.

These are just some of the gems we watched on Weds. night.

The feeling was one of attending an old black and white silent movie, but one set in a familiar location. It was a privilege to watch these old movies in the company of the film makers.

I took a few photos of attendees on the night 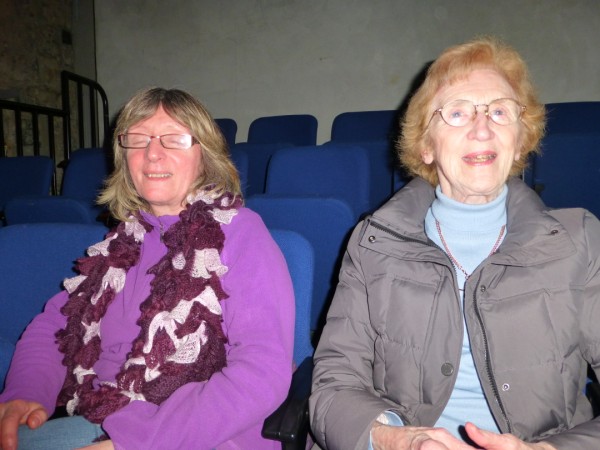 Dick Carmody took a great interest in the posts about An Teampall Bán. He shares this poem with us which he wrote earlier this year . The poem is about God’s Acre, a burial ground of unmarked graves in Ballybeggan, Tralee. This graveyard dates back to The Famine and times of other tragic sufferings.

Man’s
handiwork separating the living from the dead, the busy from the rested

Therein
repose the remains of the unmentioned, unlisted and oft forgotten

In
distant times of want, denial and inhumanity they came here for final rest

Alone
they sometimes sought it out, cold refuge against an even colder neglect

Drawn
over limestone paths by souls rehearsing their own inevitable last journey.

Stepping
inside from a world speeding by, we each find our own personal recess

The
Stations, the Grotto, the Altar and the Cross all give us comfort on our way

Departing
we are relieved, comforted and renewed by this sanctuary to our dead

God
surely chose his Acre wisely, its great value not being of our choiceor making. 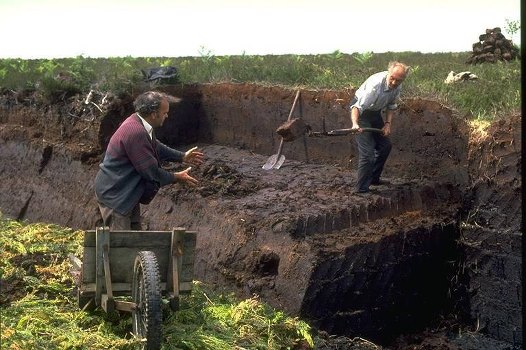 Lovely photo of men cutting turf on a raised bank, one sleánsman and one catcher  carrying on an age old tradition. 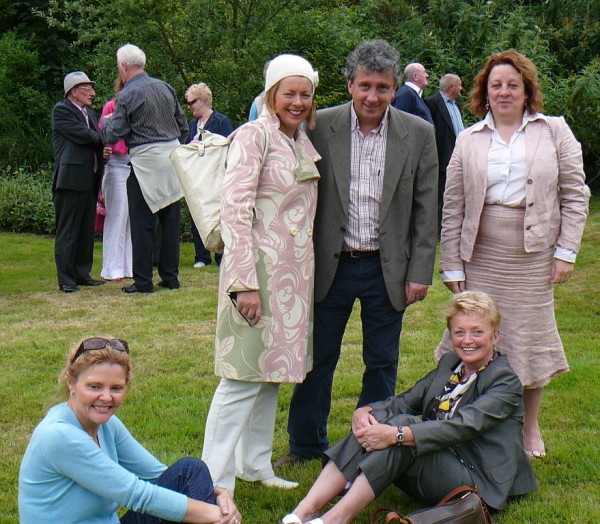 I took this photo a few years ago at the unveiling of the John B. sculpture in the Garden of Europe. Billy Keane is surrounded by a bevy of local beauties. 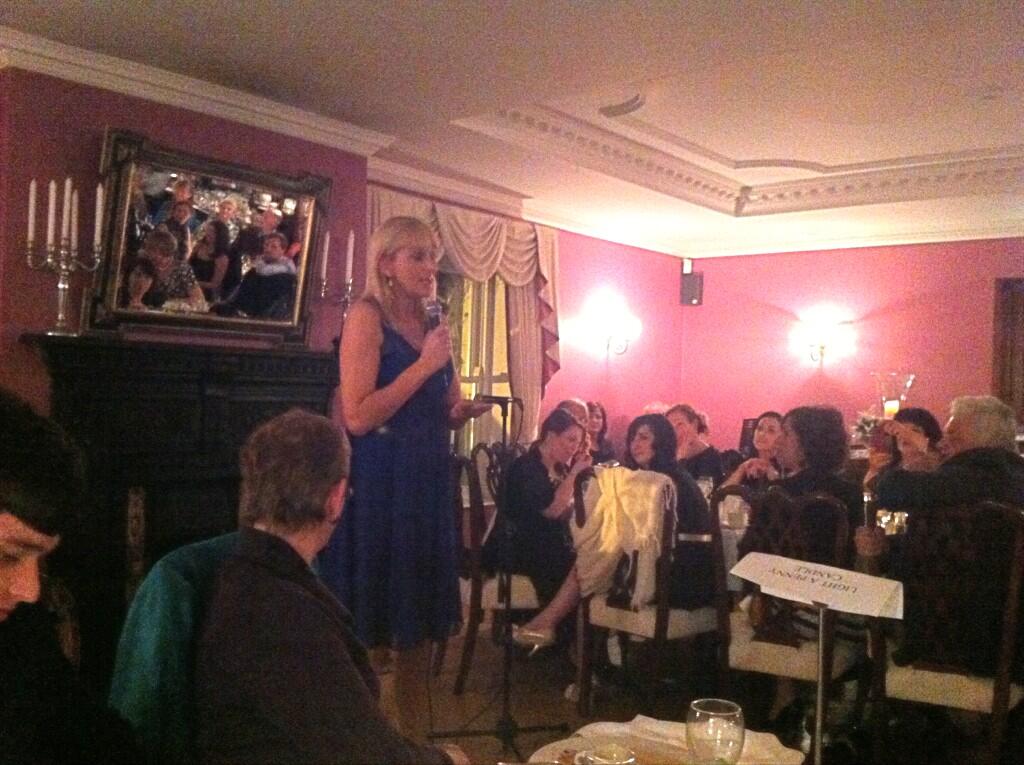 This was the only photo I could find on the internet of Miriam O’Callaghan accepting the inaurgual Mary Cummins award for outstanding achievement by an Irish woman working in the media. It was presented at the First Women in the Media event held in Ballybunion last weekend. The event was a great success by all accounts.

The Bog2Beach challenge was a great success as well. If I come across any photos in my research or if someone would like to send me some of photos of either event I’d love to share them.

Yesterday I went to Kerry Parents and Friends Garden Fete. Here is alittle video I made and I’ll post some photos during the week.