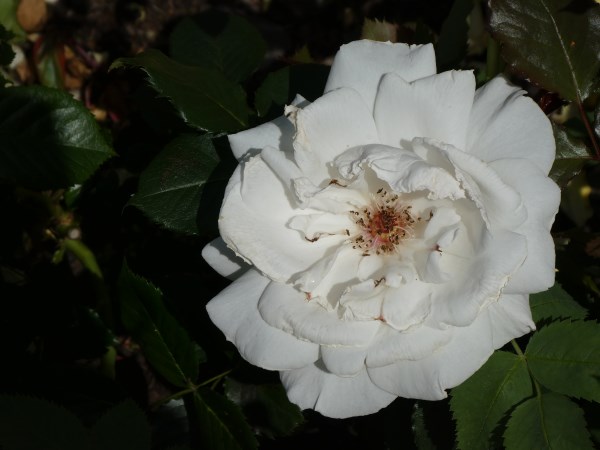 Broderick’s Pharmacy is being repainted 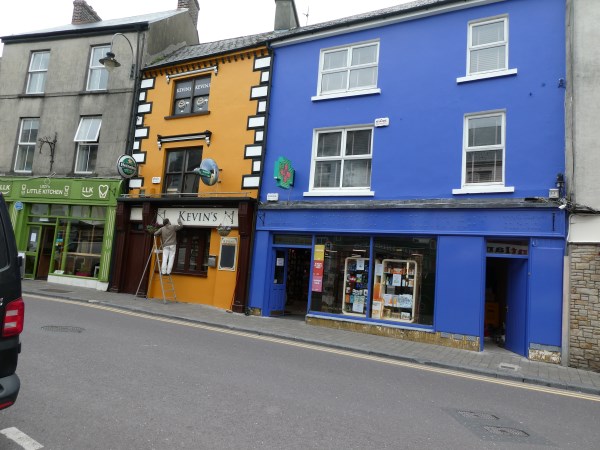 This was last week. I’ll update you with the new look when I get down town again.

Laurel and Hardy in Dublin in the 1950s 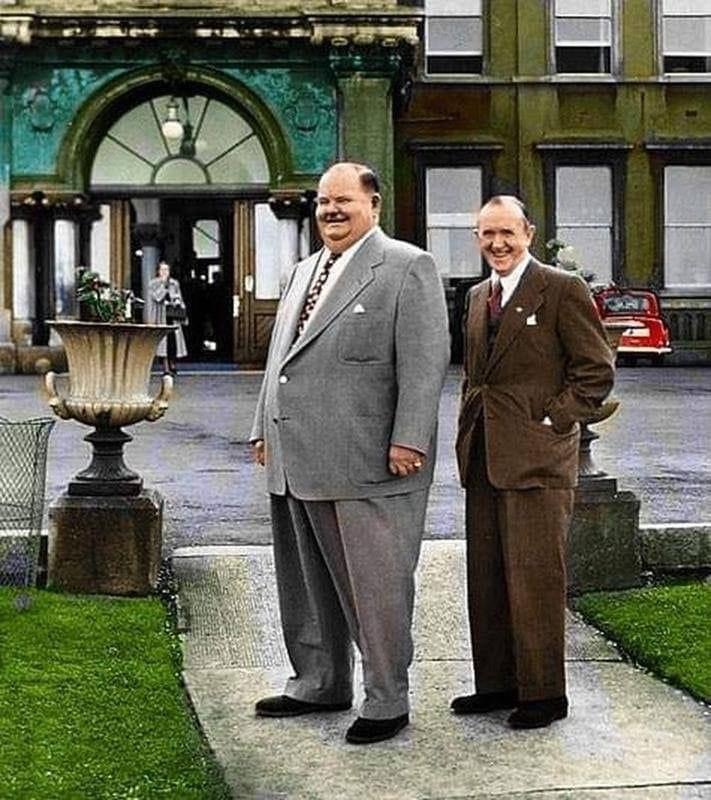 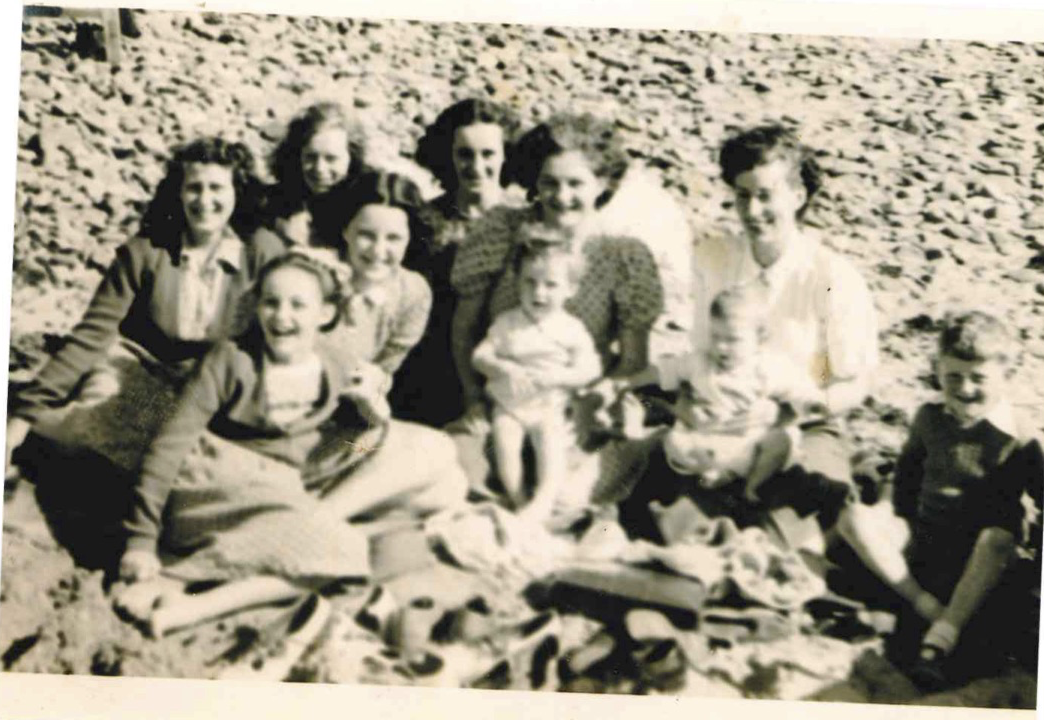 Anne Malone who is a baby on her mother’s lap in this photo sent us this photo of some Market Street friends in Ballybunion in the 1950s.

Gerard Leahy has helped us with the names. In the photo are

The young boy on the right is Anne’s brother Frank, next is her mother, Mary Malone and Anne is the infant on her lap,  The next lady with a baby on her lap also is  Betty Leahy. The baby is probably Gerard.

We are less sure of the following names, Eleanor Scanlon, Peggy O’Sullivan and the children are most likely Whelans or possibly Ena Leahy. All of these Market Street neighbours were friends.

And battles long ago.”

The following old newspaper story comes from the days of Moonlighters and Boycotting and rural unhappiness,

Listowel, Saturday.
At the Quarter Sessions, yesterday, before Mr. J. A. Curran and a special jury, John M’Namara, of Guhard, sued Richard Cantillon, of Ballydonoghue, for £500, for certain slanderous language made use of by the defendant on the 8th October last. The action, which was a remitted one, attracted considerable interest, and had its origin in some Moonlighting occurrences which took place in the neighbourhood of Ballydonoghue some time ago.
Mr.E.R.. Wade, B.L. (instructed by Mr. J. Moran), represented the complainant, and Mr F. Creagh was for the defendant.
From the evidence it appeared that the plaintiffs mother came into town on the 8th of October last and visited Miss Breen’s refreshment House, where she gave the proprietress some money to pay Cantillon for her as she was afraid of doing so herself, as she said that Cantillon was boycotted on account of evicting a man named Dennehy from his holding and which Cantillon had purchased from the Land Commission. On going into the room she met Cantillon inside and he asked her why she did not pay himself in person, and she said she was afraid, and then he said. “Wasn’t it your children that cut the tails off the horses that were working for me?” Mrs. M’Namara then called on two persons who were present at the time to witness what Cantillon had said. Cantillon stated that it was currently rumoured in the Ballydonoghue district that Mrs M’Namara’s children were implicated of the horse tails and when he made the observation he only repeated it as a rumour. He had been subjected to very severe boycotting, and the house from which Dennehy was evicted was, shortly after he got possession, burned to the ground, as well as other property of his down at the village.  He had also to withdraw his children from the local National School because other children left it in consequence of their attendance there and the M’Namara family had entered into the boycotting against him. When he made use of the observation at Miss Breen’s to Mrs. M’Namara he included the plaintiff.
Mr. Wade and Mr. Creagh both addressed the jury at considerable length, the latter commenting on the system of boycotting practised against Cantillon, which had rendered his life wretched and miserable in the highest degree, and which was a disgrace to any civilized country. Except for the few friends who had stood by him he might as well be living in the desert of Sahara as in Ballydonoghue, and he said they (the jury) would be. helping on the vile conspiracy if they gave as much as the one-tenth part of the smallest coin of the realm as damages to the plaintiff in that action.
His Honor, in summing up, said the whole case arose out of that cursed system of boycotting, and they had there evidence in that case where friends and the nearest of neighbours turned out the bitterest of foes as a result of the system of boycotting. It appeared that Mrs. M’Namara had a large family, and lived quite close to the farm which had been held by Dennehy and Cantillon, in which Mrs M’Namara had no concern. Those dealings resulted in Cantillon becoming the owner, by purchase and he was then boycotted, and the M’Namara family, who had, even up to that, been on friendly terms with the Cantillons, joined in the boycotting, and left him severely alone. They met at Miss Breen’s, and he Cantillon made use of an expression. There was not much difference between the two versions of the expression made use of by Cantillon, and when a man made use of an expression of that kind it was tantamount to saying he committed the thing. The issue was—Did the defendant use the words sworn to by Mrs M’Namara or did he use the words sworn to by himself?  The defendant was not afraid to say in court that he included the plaintiff in his observation to Mrs M’Namara, and the plaintiff asked them to give him damages for the words used.
Damages of a farthing was awarded to plaintiff.

(A farthing was a quarter of an old penny)

Farran Wood, a Listowel man in the San Francisco Earthquake of 1906 and new social distancing spaces