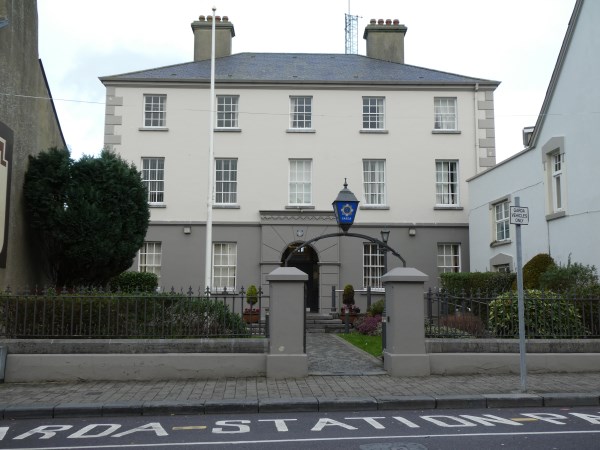 The great literary festival that is Listowel Writers’Week was recognised last week at the presentation of the Mayor of Kerry’s awards,

If ever there was a definition of blue sky thinking, Writers’ Week is a living example. The literary festival goes from strength to strength. Now it is expanding outside a short week in summer into a year long engagement with other festivals and events. The visionary committee well deserves this award. 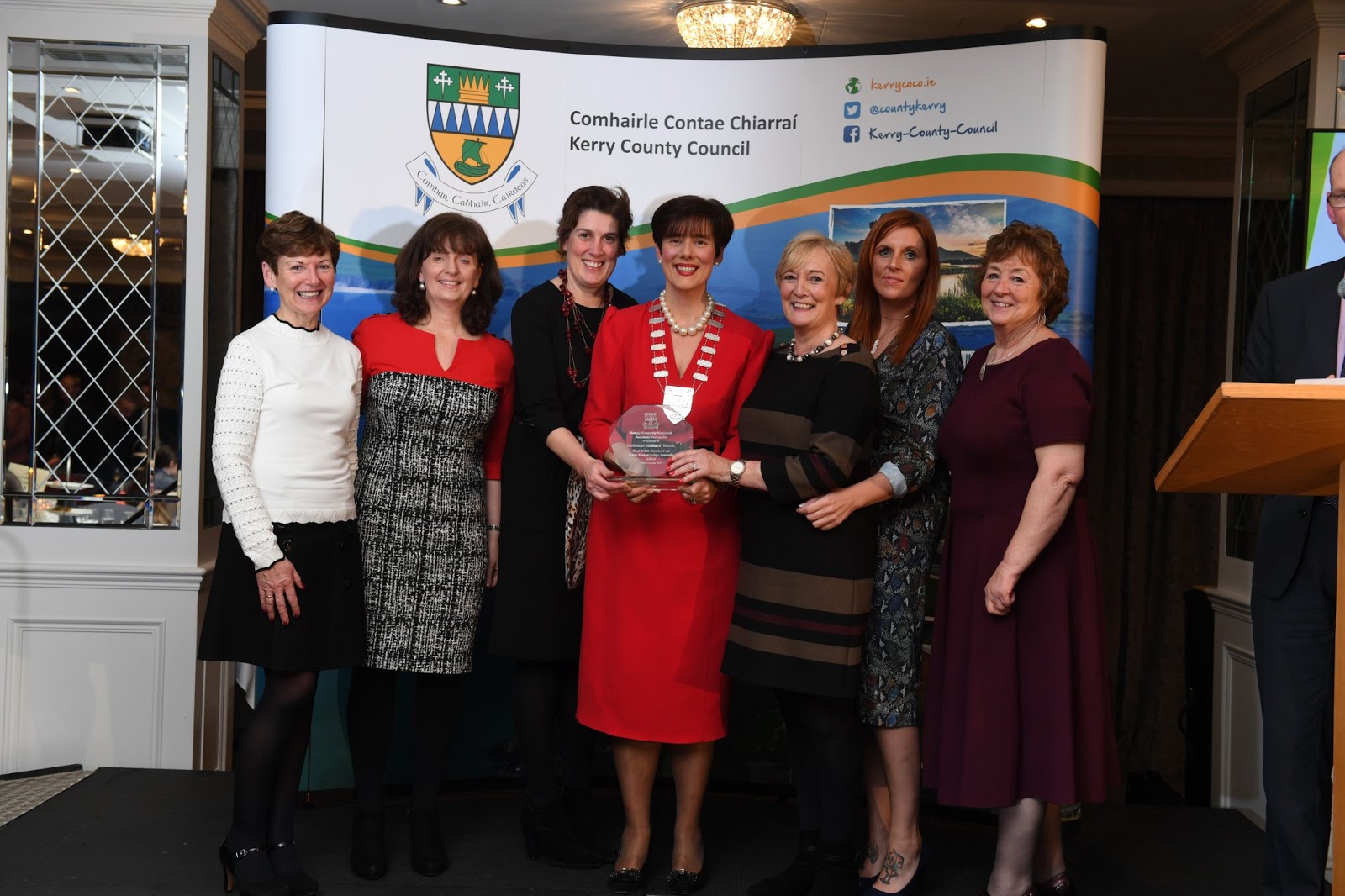 Accepting the award on behalf of everyone in Listowel Writers’ Week are; 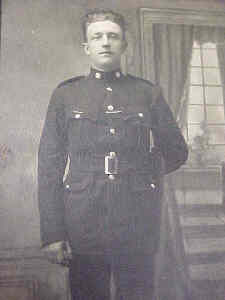 I told this story before in 2012 but I think it’s worth telling again.

Garda John O’Donnell who was in his early thirties was stationed in Kanturk, Co. Cork.  In the summer of 1940 he was on holiday in Ballybunion with his wife and three young children.  He told a relative that he would have preferred to holiday in his native Burtonport but petrol was rationed during the war  and he couldn’t secure enough fuel for the journey.

On the evening of July 20 1940 he was swimming near Castle Point when a freak wave swept him and other swimmers on to the rocks. John drowned while attempting to rescue two local girls, Vera and Patricia O’Carroll. The girls were eventually rescued by others who were present.

Listowel’s Dr. Joseph McGuire was the coroner who presided over the inquest which was held on the following day. The jury commended Mr. Jack McGuire, then a medical student, for his bravery in taking out a life buoy into rough seas in a vain attempt to  save John O’Donnell who was being dragged out to sea by the strong current.

In an extra tragic twist, the body of John O’Donnell was formally identified by his brother who was then only 17 years old.

This courageous man was the grandfather of the very talented artist, playwright and composer Mike O’Donnell. 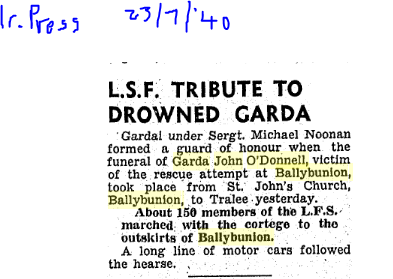 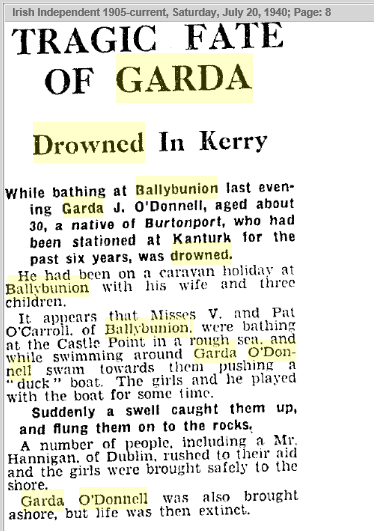 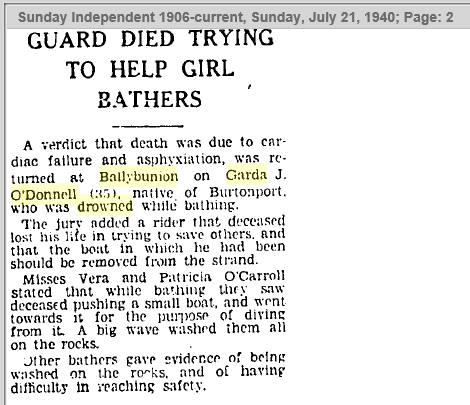 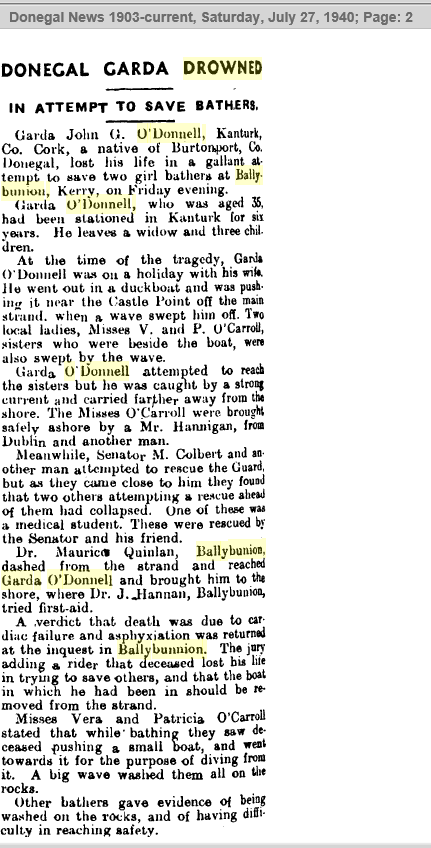 Auction at Gurtinard House in 1868

In June of 1868, Lord Listowel’s agent, James Murray Home sold everything in Gurtinard House in an “unreserved auction”. The notice was published in the Evening Post of May 23 with a list of items to be disposed of. It makes interesting reading 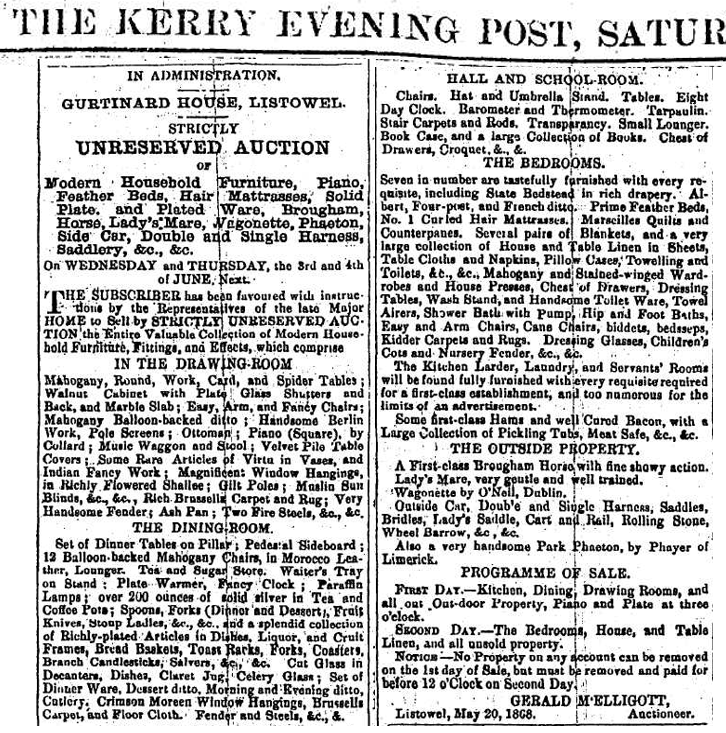 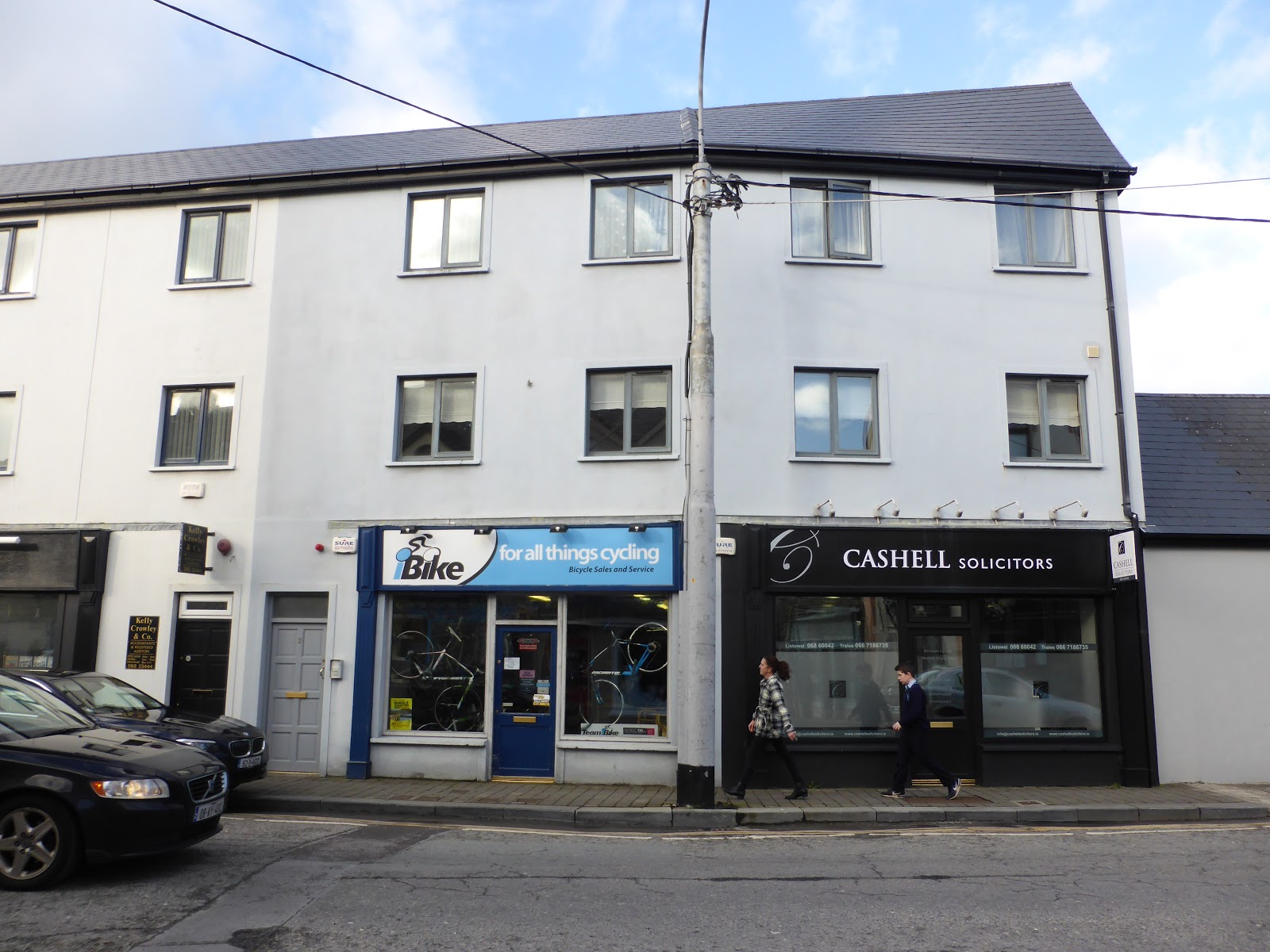 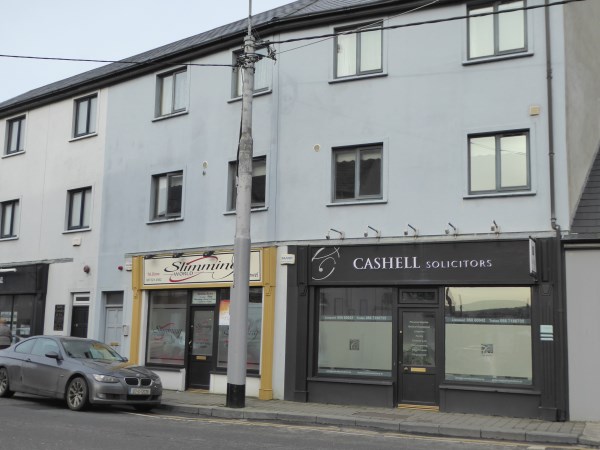