Michael Kennelly in The Alps, Fr. Charles Troy and some names from 1955

As it is now; As it was then 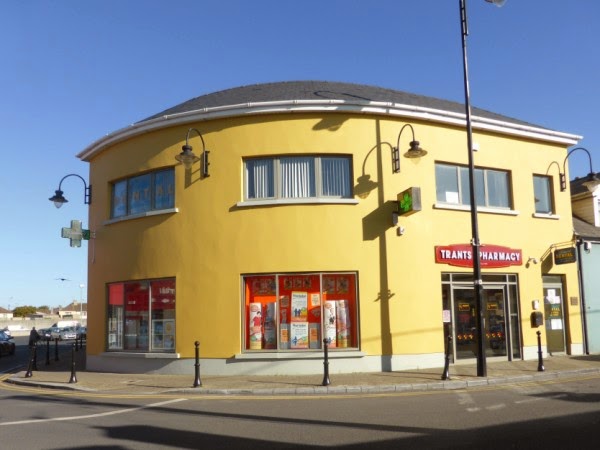 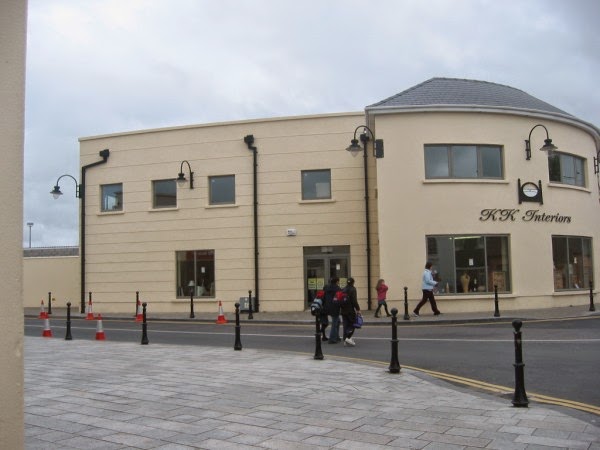 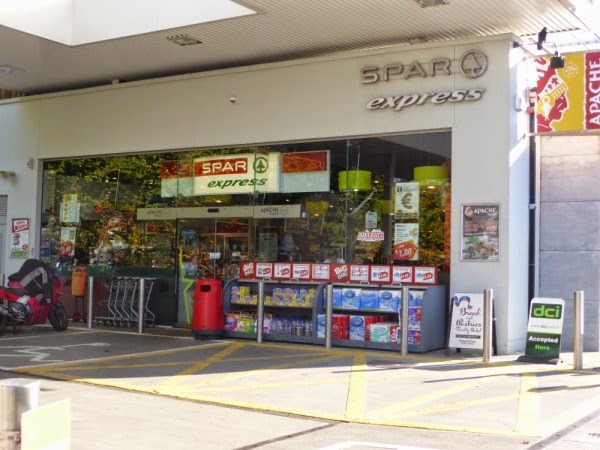 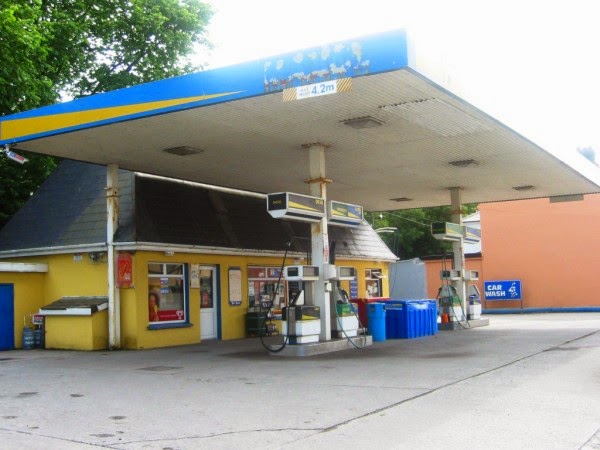 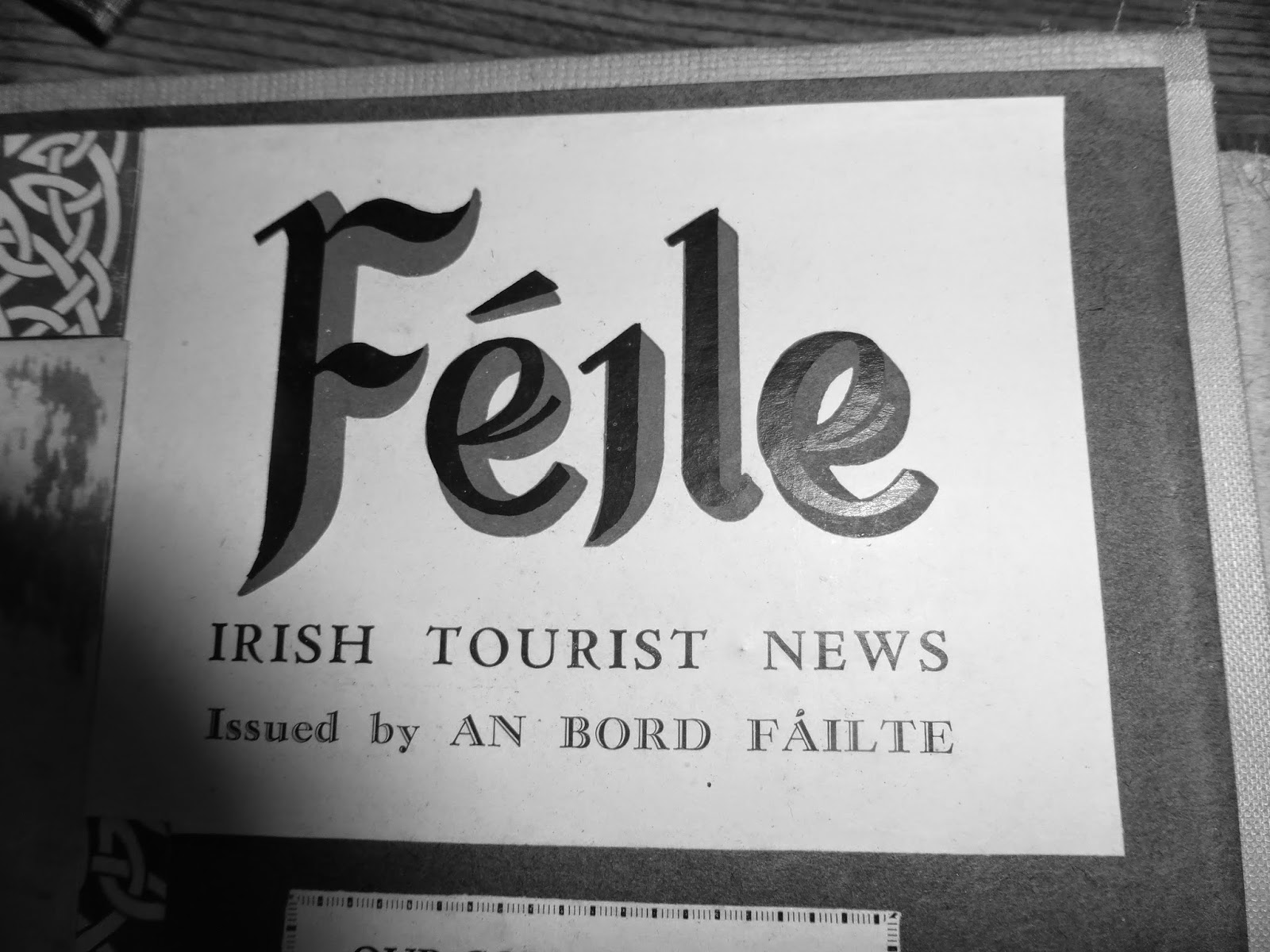 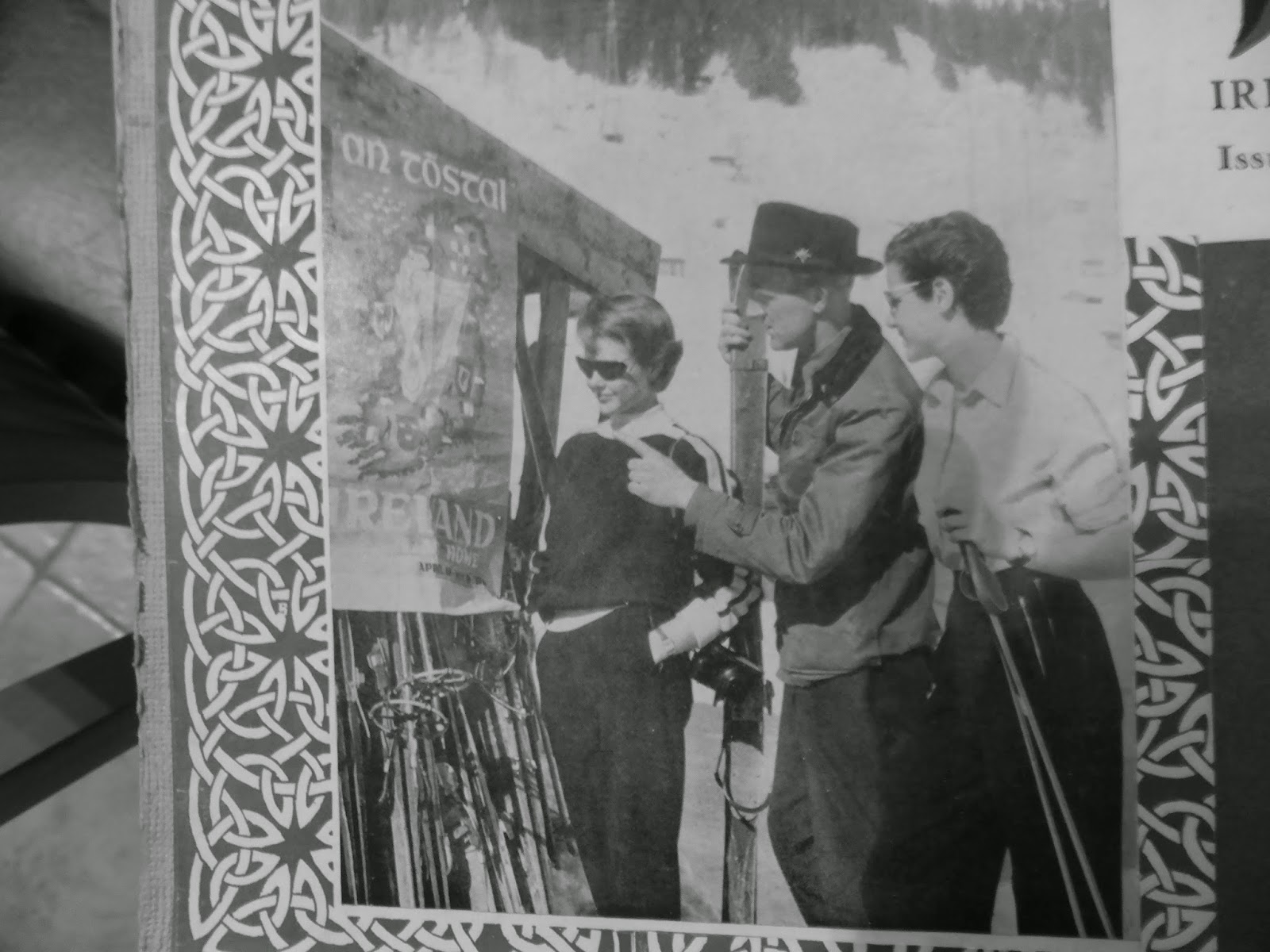 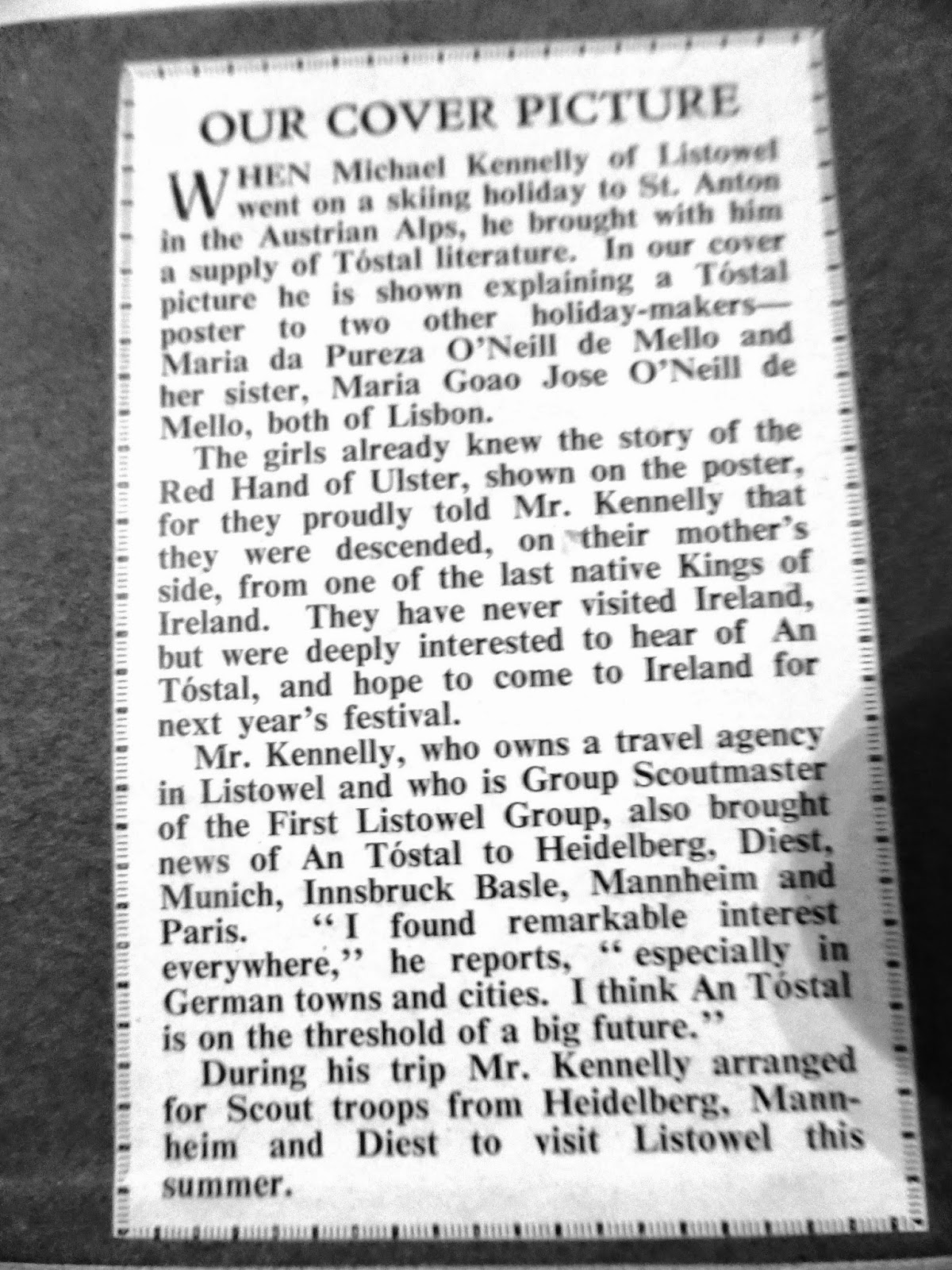 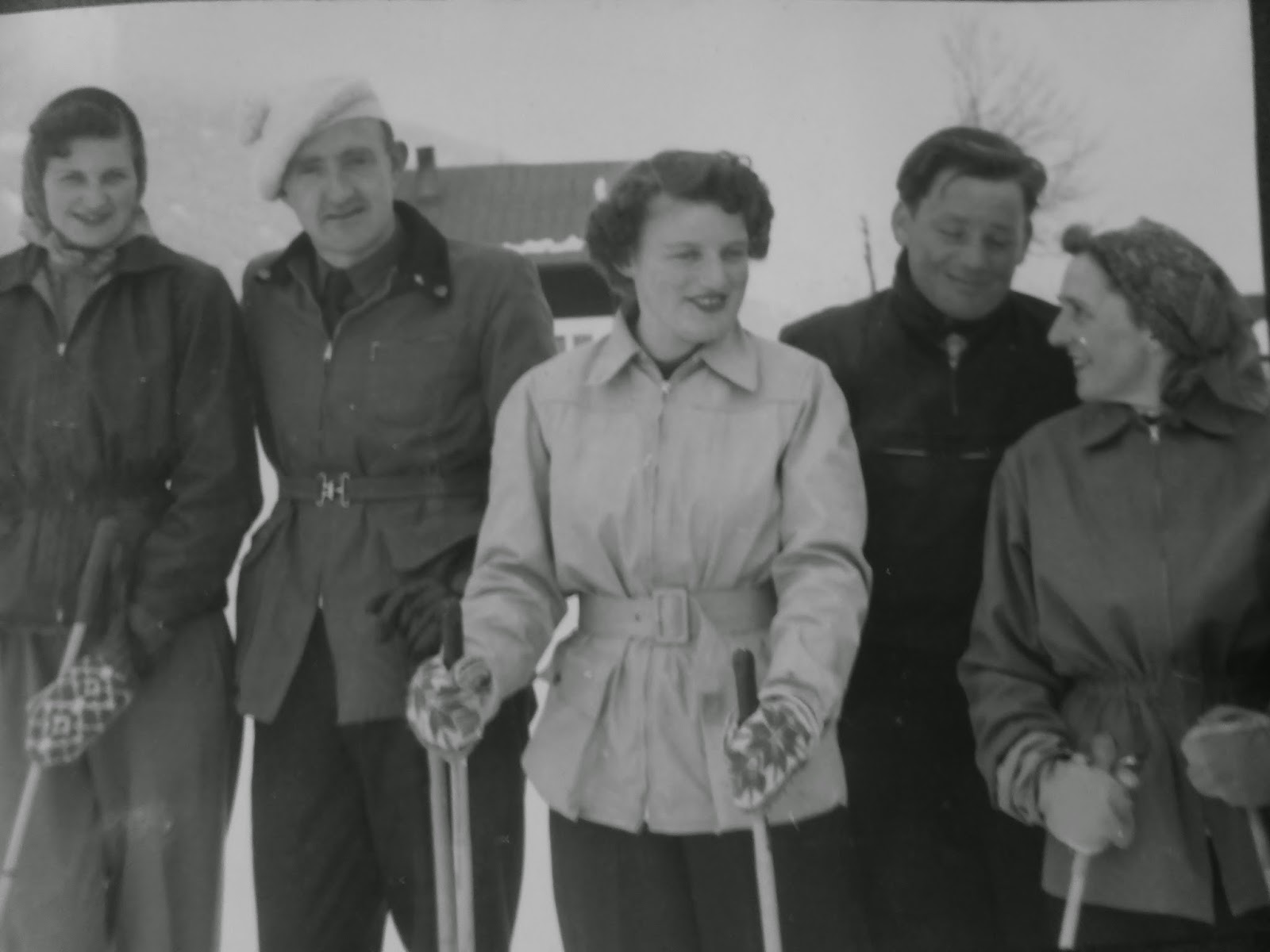 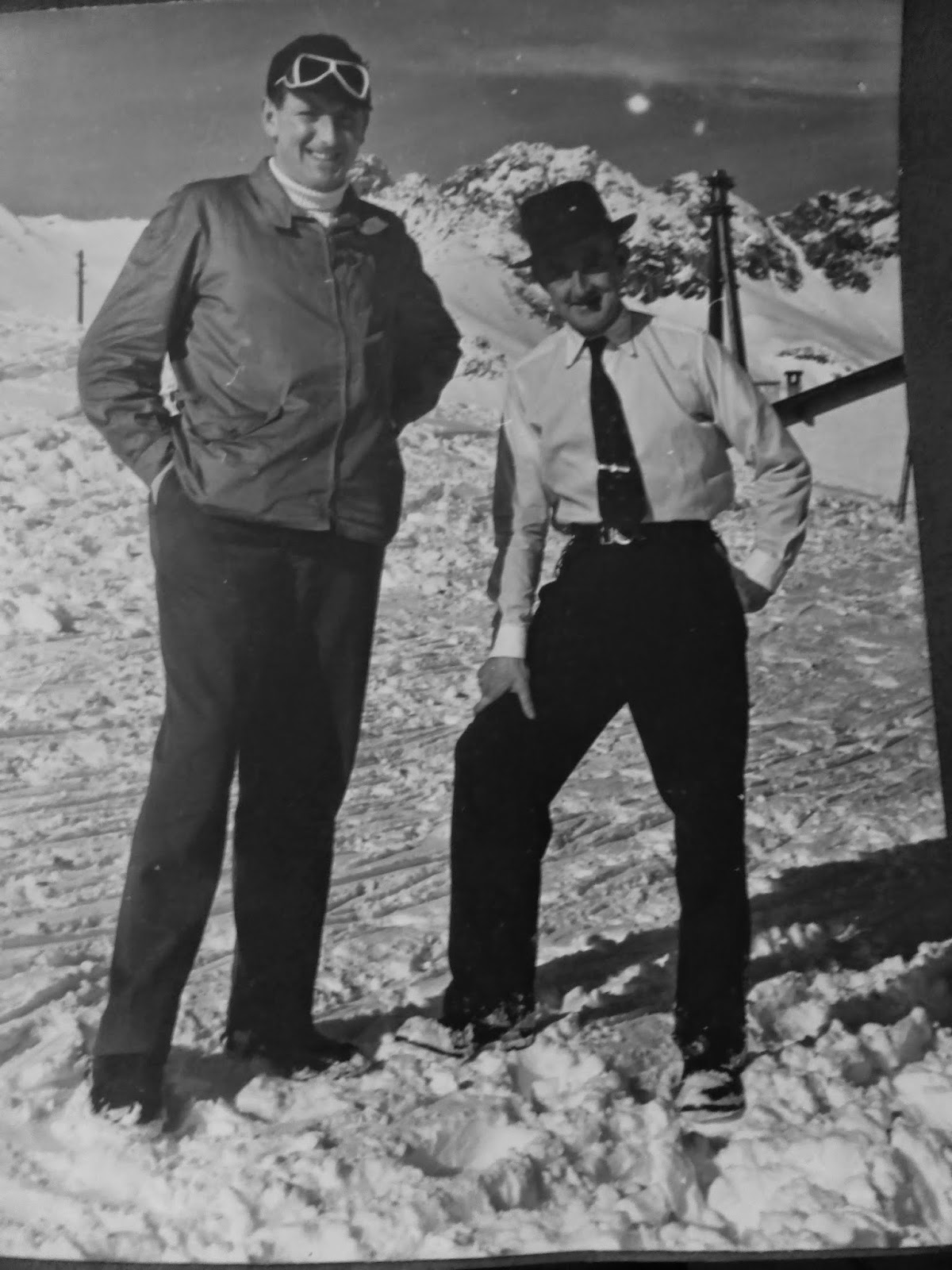 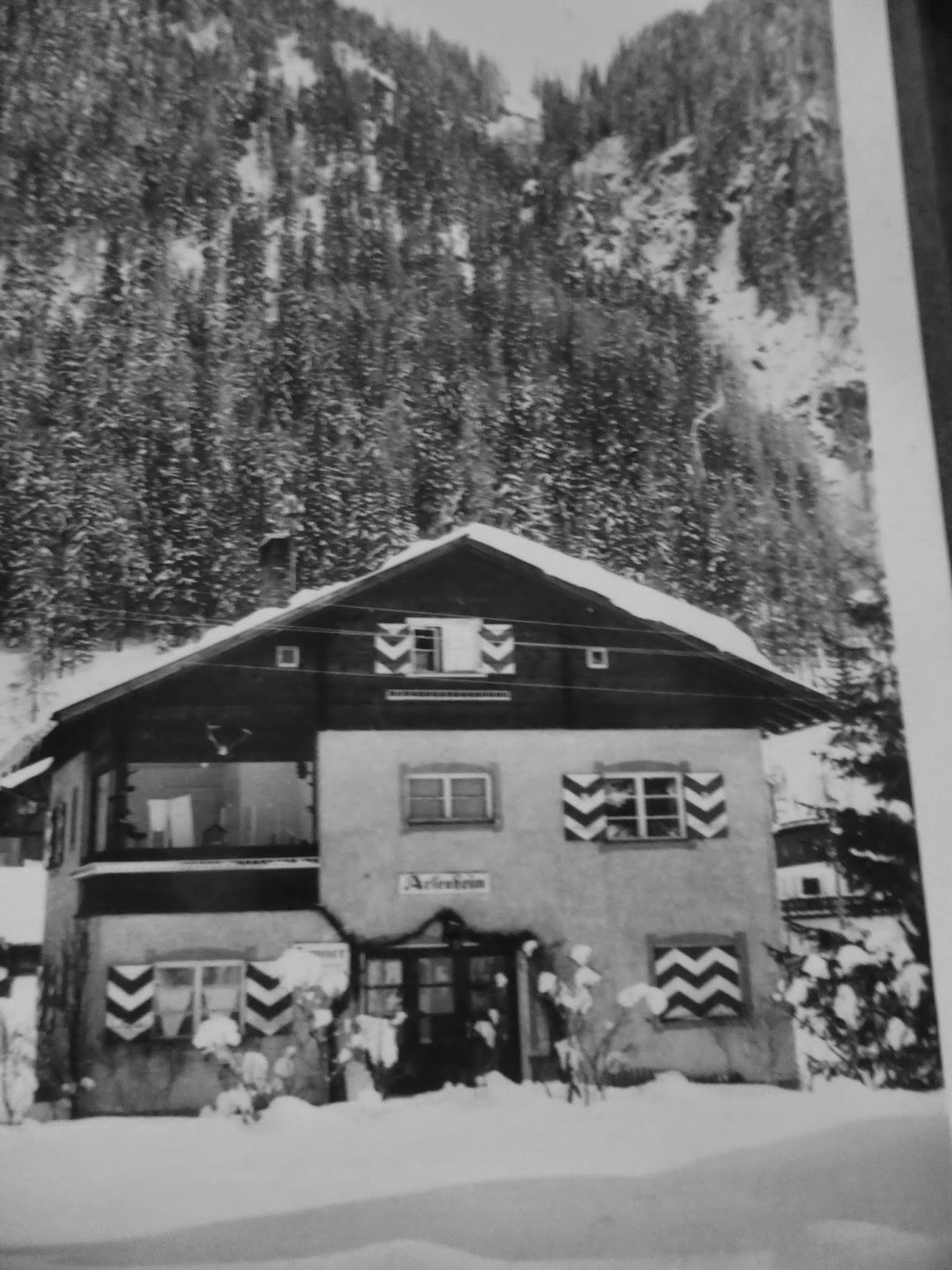 Michael describes the dwelling in this picture a his digs.

On this holiday in The Alps it would appear that Michael was a kind of one man tourism ambassador. He distributed An Tostal literature everywhere he went and he organized for a troop of scouts to visit Listowel.

An Tóstal (Irish pronunciation: [ən̪ˠ ˈt̪ˠoːst̪ˠal̪ˠ], meaning “The Pageant“) was the name for a series of festivals held in Ireland in the 20th Century. Inaugurated in 1953 as a celebration of Irish life, it continued on until 1958 when it died out in most centres except Drumshanbo.

The original purpose of the festival was a celebration of Irish culture, with an emphasis upon drawing tourists into the country during the Easter off-season. It was marked by a series of regional parades, arts and sporting events. Many towns began a clean-up plan, thus starting off the National Tidy Town Awards, which is running still in Ireland. In 1953, a set of commemorative stamps designed by Limerick artist Fergus O’Ryan, were issued by the Irish Post Office.

Drumshanbo in County Leitrim have the distinction of being the only place that An Tóstal has continued to run every year since 1953.  (Source; Wikipaedia)

Monsignor Charles Troy K.C.H.S. Parish priest, ordained 1921, he was the last surviving of five priests in his family. He also had a sister a nun in the Mercy Order in Illinois. In his obituary in Sunday Independent of November 12th 1972 it is stated that  he played with Athea alongside Fr. Mullane and Fr. Leahy and in 1919 they won the West Limerick title. Charles Troy helped Kerry to the final, but did not get an All Ireland  medal, because he entered the seminary before the final. He played with Con Brosnan.

Ballyfermot GAA Club De La Salle, organised in 1953 as Ballyfermot Gaels. They trained and played junior fixtures at the facilities located behind the De La Salle Primary Schools on Ballyfermot Road. The club plays in the Kerry colours as a tribute to the first parish priest, Kerryman Charles Canon Troy who sponsored the club.

Ballyfermot Gaels hurling tem togged out in green and gold. 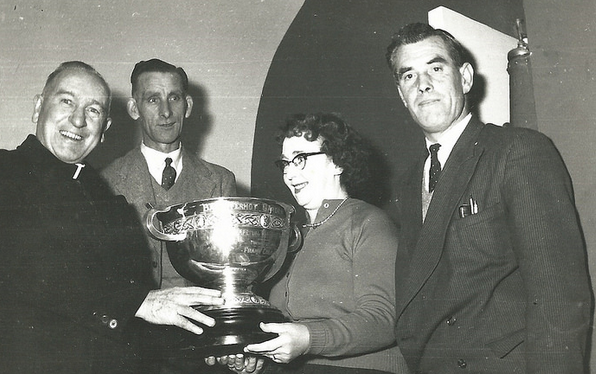 In  1962 Canon Troy presented the cup for the best Ballyfermot graden. 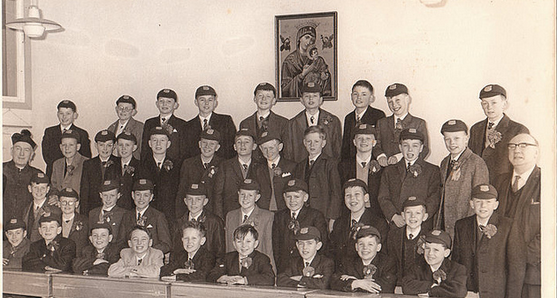 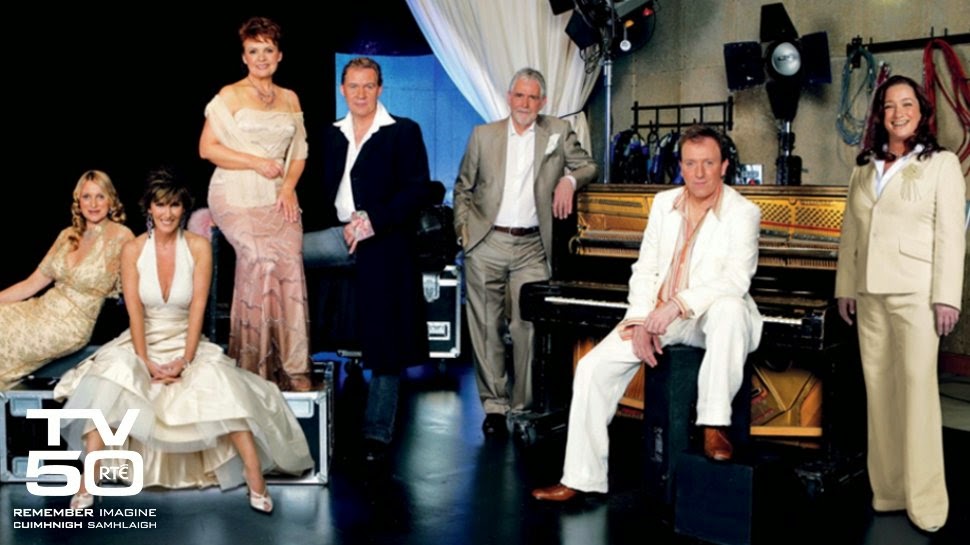 RTE has announced that, this year, they will go back to the old format. Anyone can submit a song. The recent format of selecting mentors and allowing them to choose a song and a singer clearly has not worked. It also fueled accusations of cliquishness in RTE with the same names and  the same faces appearing year after year. 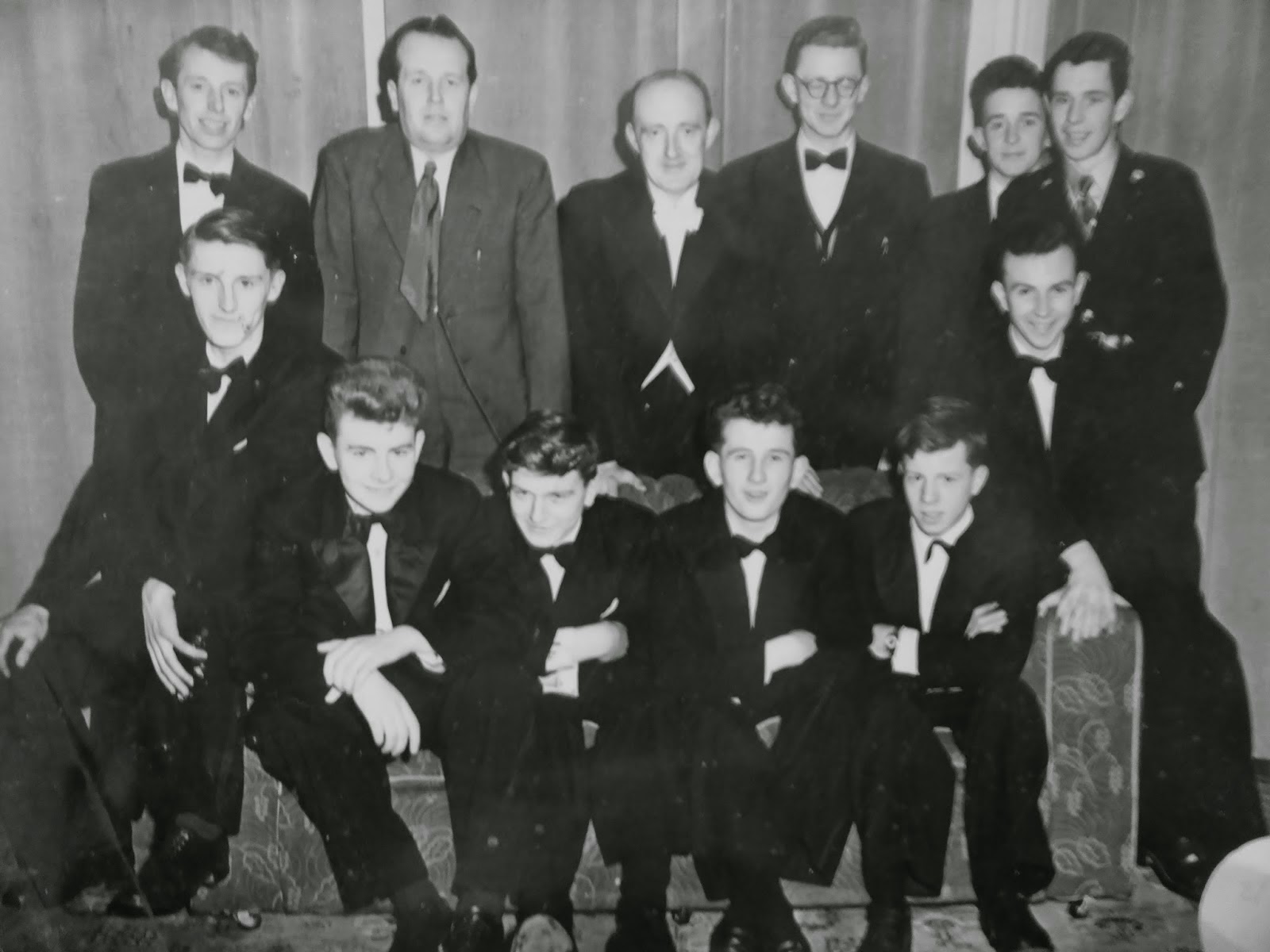 Trish Tatten recognised her late dad and John Cahill did his best to remember some memory.

Autumn in the Cows’ Lawn, Then and Now and Listowel people in Lough Derg in 1954