Moloney’s Garage , The Lartigue and The Man from Clare 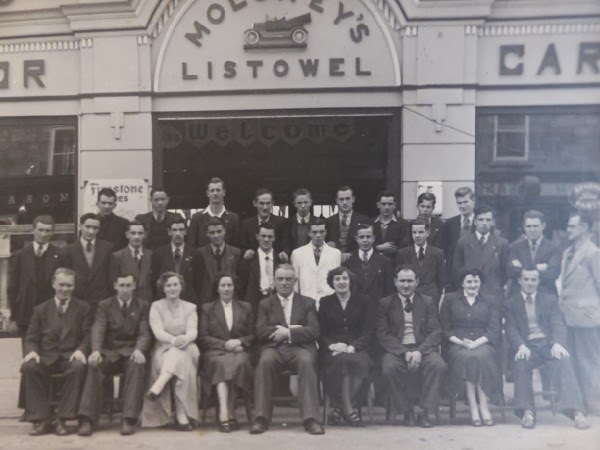 ( A big thank you to Jimmy Moloney for ferreting out all the names. If you can fill in the gaps please do.) 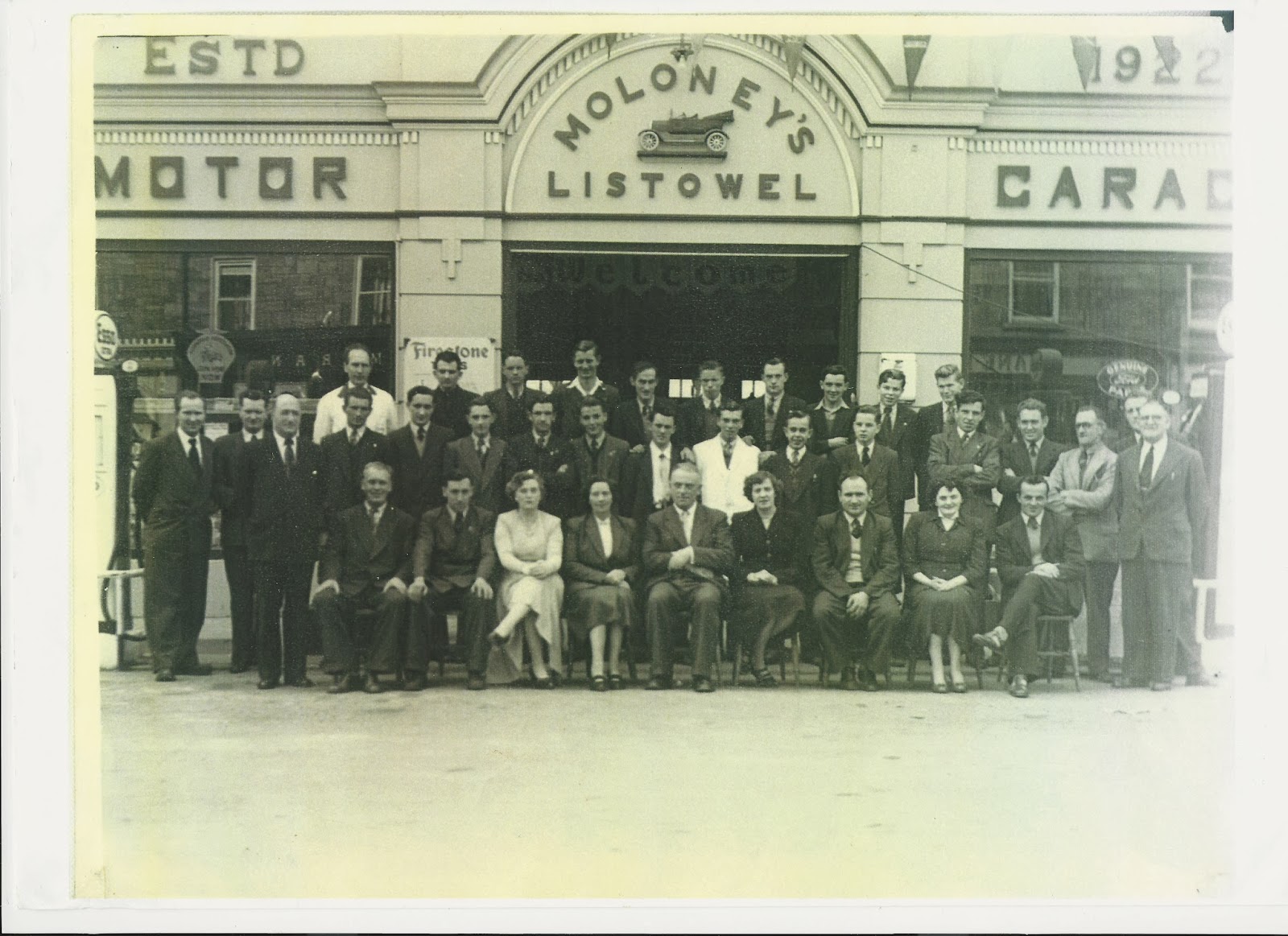 Many of the same staff members are in this 1956 photo. It also includes some Ford personnel as it was taken as part of a Ford promotional visit. 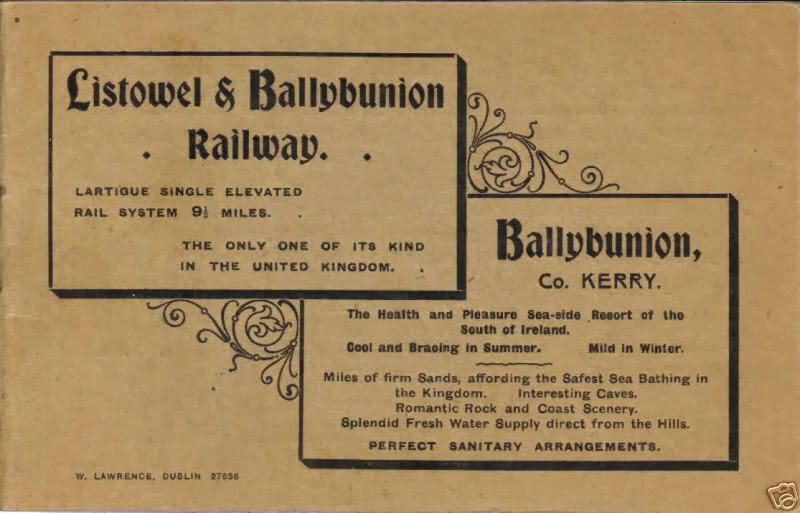 This photo from the Lawrence Collection shows an advertisement for The Lartigue. 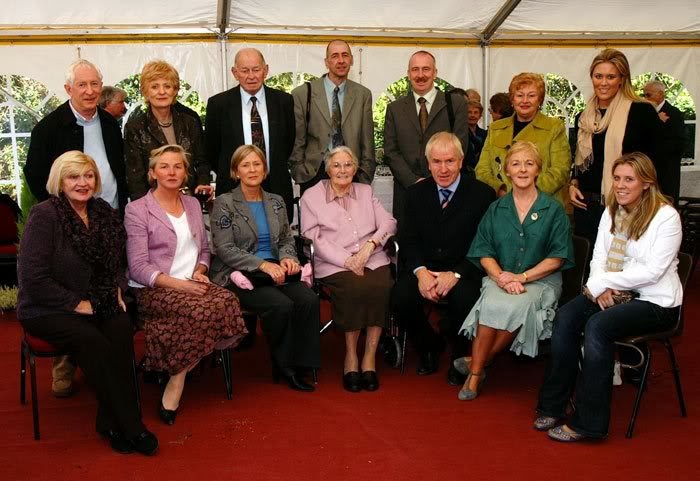 This photo with Jimmy Deenihan is of relatives of people associated with the Lartigue. It was taken at the official opening of the restored section of line and locomotive. 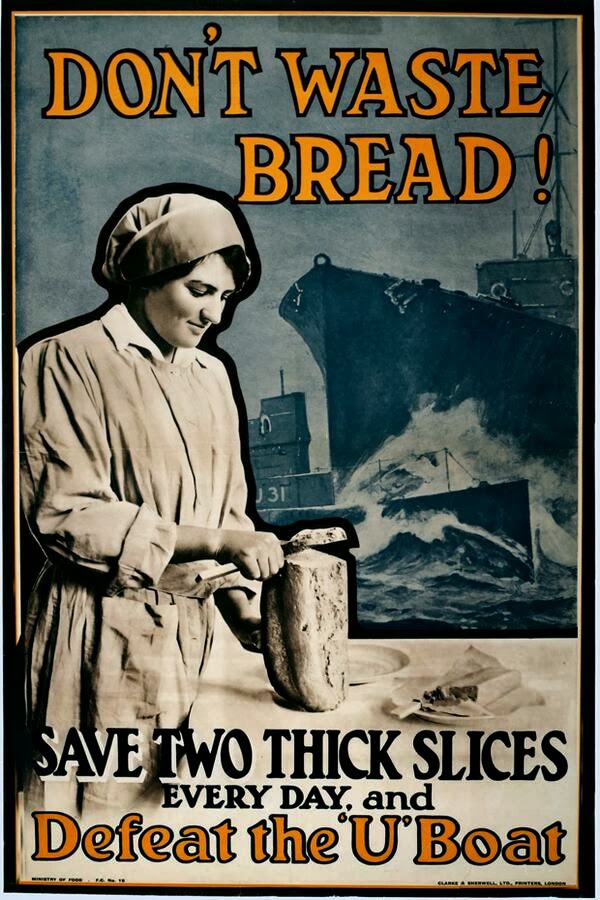 I found this poster on a site called Limerick 1914. The message is not immediately clear to me unless it’s that if one economized on bread or butter one would be helping the war effort.

John B’s The Man from Clare in St. John’s

I saw the play on Friday last and it was great. My last trip to drama in St. John’s was a bit of a disaster. I saw a woeful one woman stand up comic play to a tiny audience who squirmed in our seats at her woeful lack of connection with us. Friday night was different.

The auditorium was packed with an eager audience ready to be wowed again by local people interpreting John B.s genius.

As I watched Con Kirby’s portrayal of the over the hill football hero, I was put in mind of Paudie O’Mahoney whom we have recently seen ‘transformed”.  Padraig O’Dea (The Man from Clare) was looking into the same abyss at age 35. His playing career is over. His status in the local community,which was built entirely on his success on the football field, is now greatly diminished. He is facing a life of fishing and loneliness, living on memories of his glory days as Cuas’s greatest athlete.

The play had everything, hilarious comedy and bucket loads of pathos in the shape of the delusional Morisheen Brick. His clumsy matchmaking worked in the end and we had a happy ending. This part was played to perfection by John Looney.

Everyone on stage did a brilliant job but I have to compliment especially my friend, Cathy Healy, who was drafted in at short notice to play the part of the “rip” from Kerry who steals Clare’s best man. Her Elsie was suitable cheeky and irreverent and her smugness once she has snared the talented but gauche Jim Flynn was heart achingly credible.

John B. wrote this play in the 1960’s before it became popular for footballers to have model/actress girlfriends. He well understood the tribal rivalries that make football in Ireland so passionately followed. Best of all he understood people and he made a particular study of his own Kerry people whom he portrayed so well in plays like The Man from Clare.

If there are any tickets left, I’d recommend you get one.