More From Brendan of Kerry and the last Kerry hanging 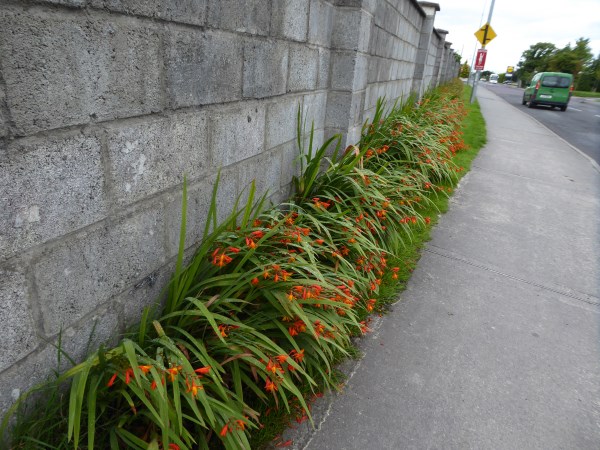 Brendan on his Way to the Sea

Bryan Mac Mahon’s book Brendan of Kerry is a romantic story of the life of a young boy in rural Ireland in the 50s and 60s.

As a break from feeding hens and taking tea to the men in the bog, Brendan played pitch and toss with his brothers and listened to the stories of the old folks.

Brendan had a great imagination and after he had heard the story of Tír na nÓg, he headed out on an adventure to find this magical land. Because he had never seen the sea he imagined that the land of eternal youth would be on the coast.

This trip to TÍr ha nÓg was an ideal opportunity for Wolfgang Suschitzky to take lots of lovely photographs of the North Kerry countryside. 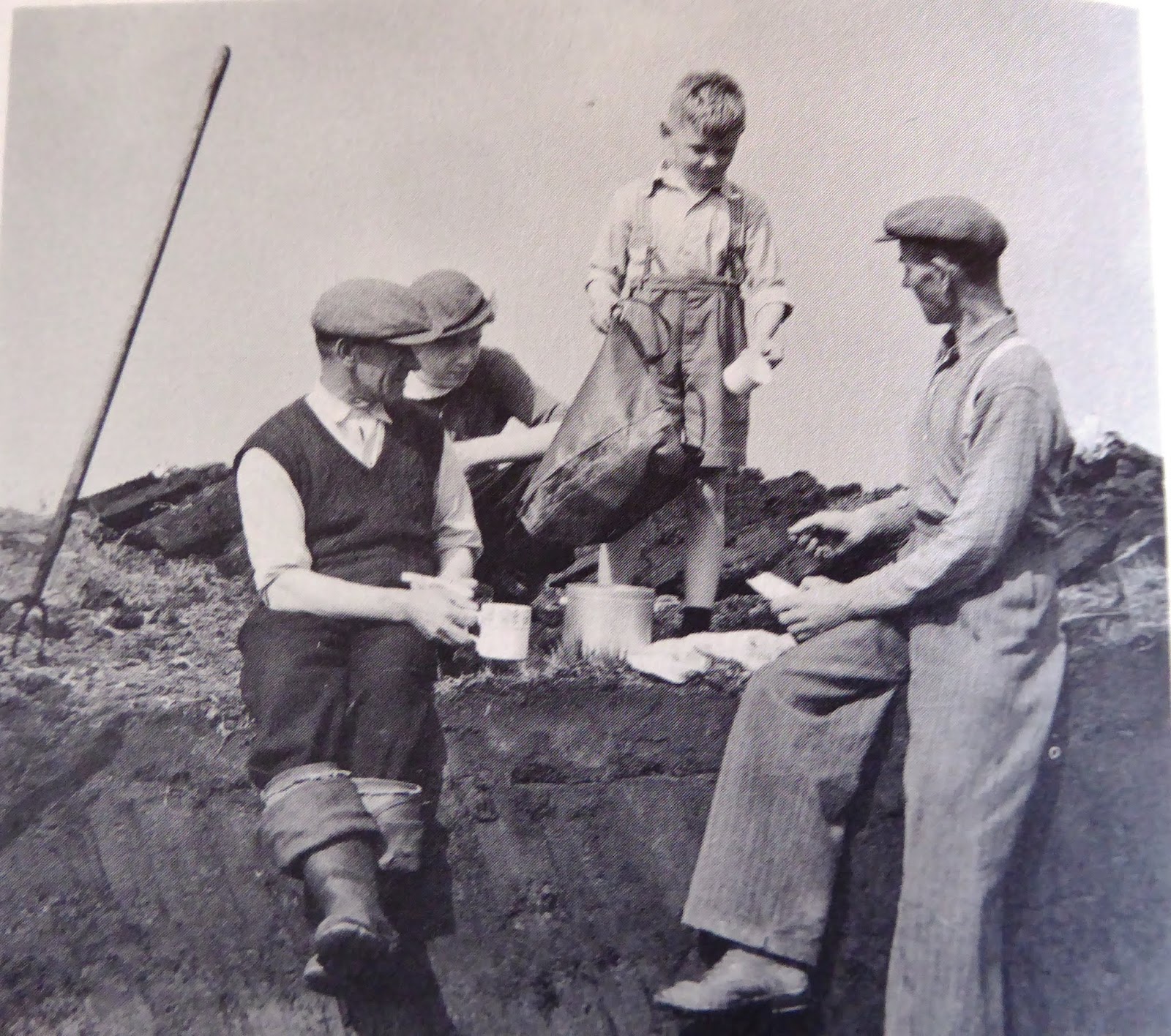 There’s Brendan bringing tea to the men in the bog. 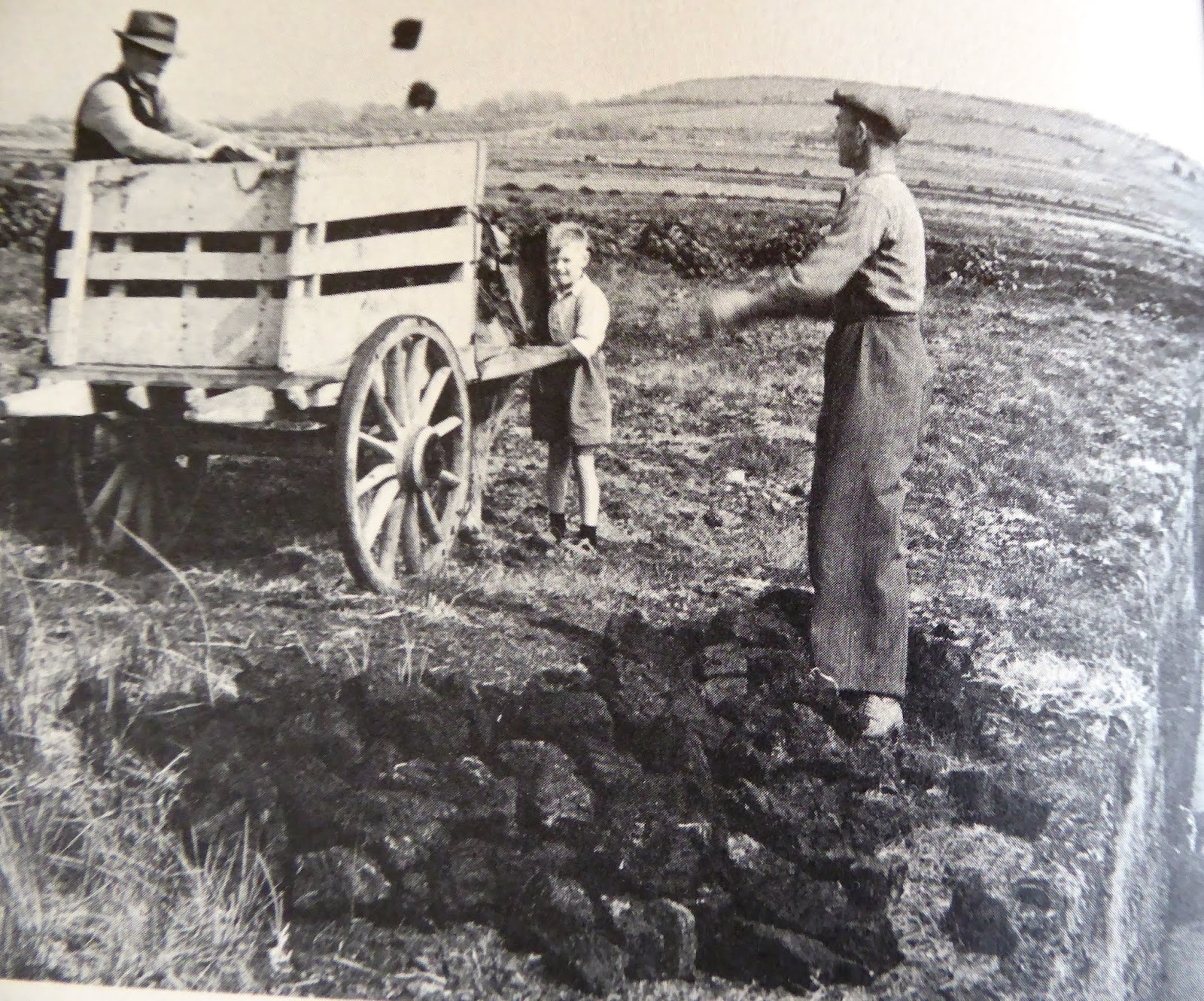 The saved turf is loaded into the donkey cart. 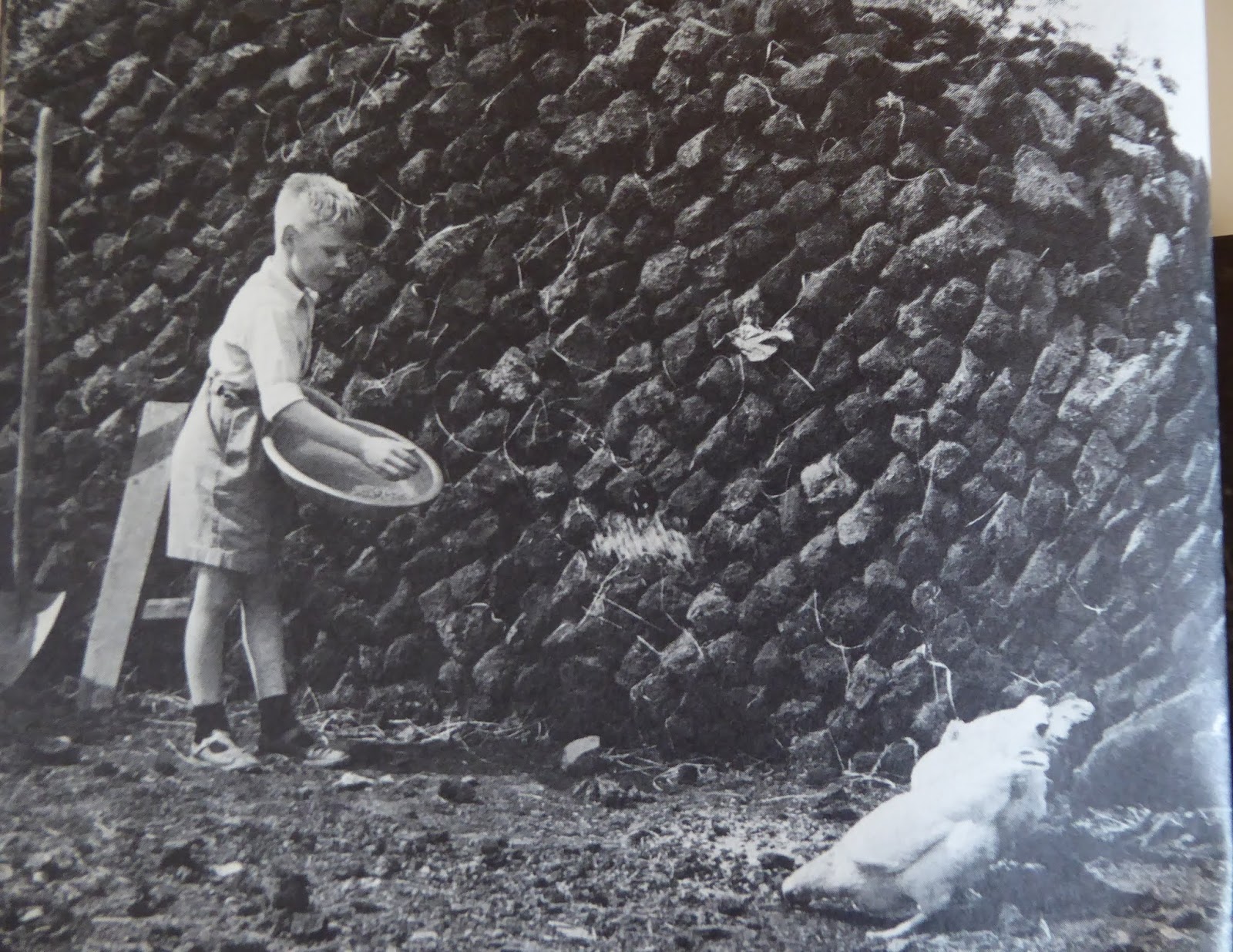 Feeding the hens beside the reek of turf. 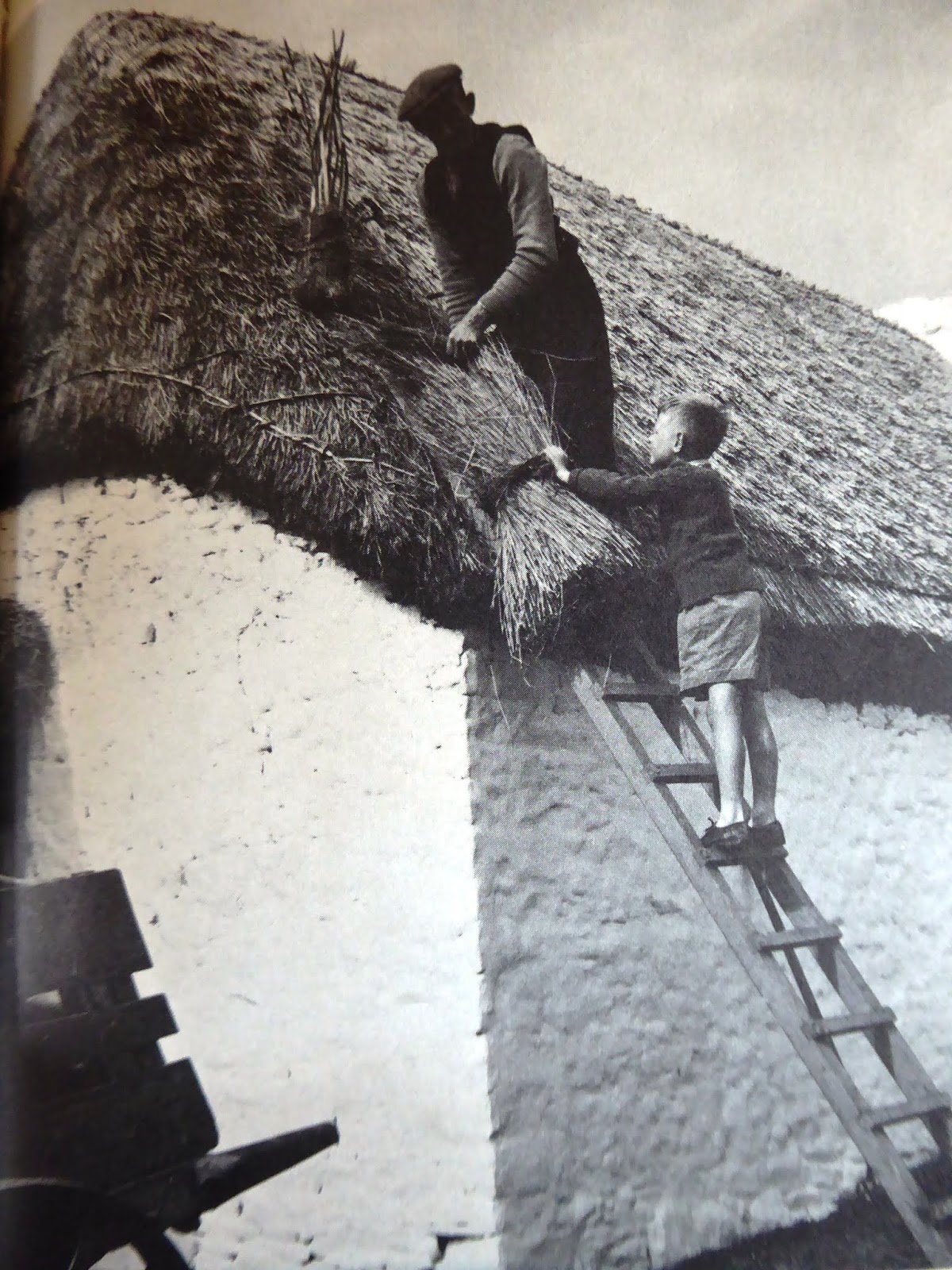 Brendan is helping his grandfather to repair the thatch. Frank Greaney remembers his Uncle Paud thatching his house and repairing damage done by birds looking for seeds among the new straw. 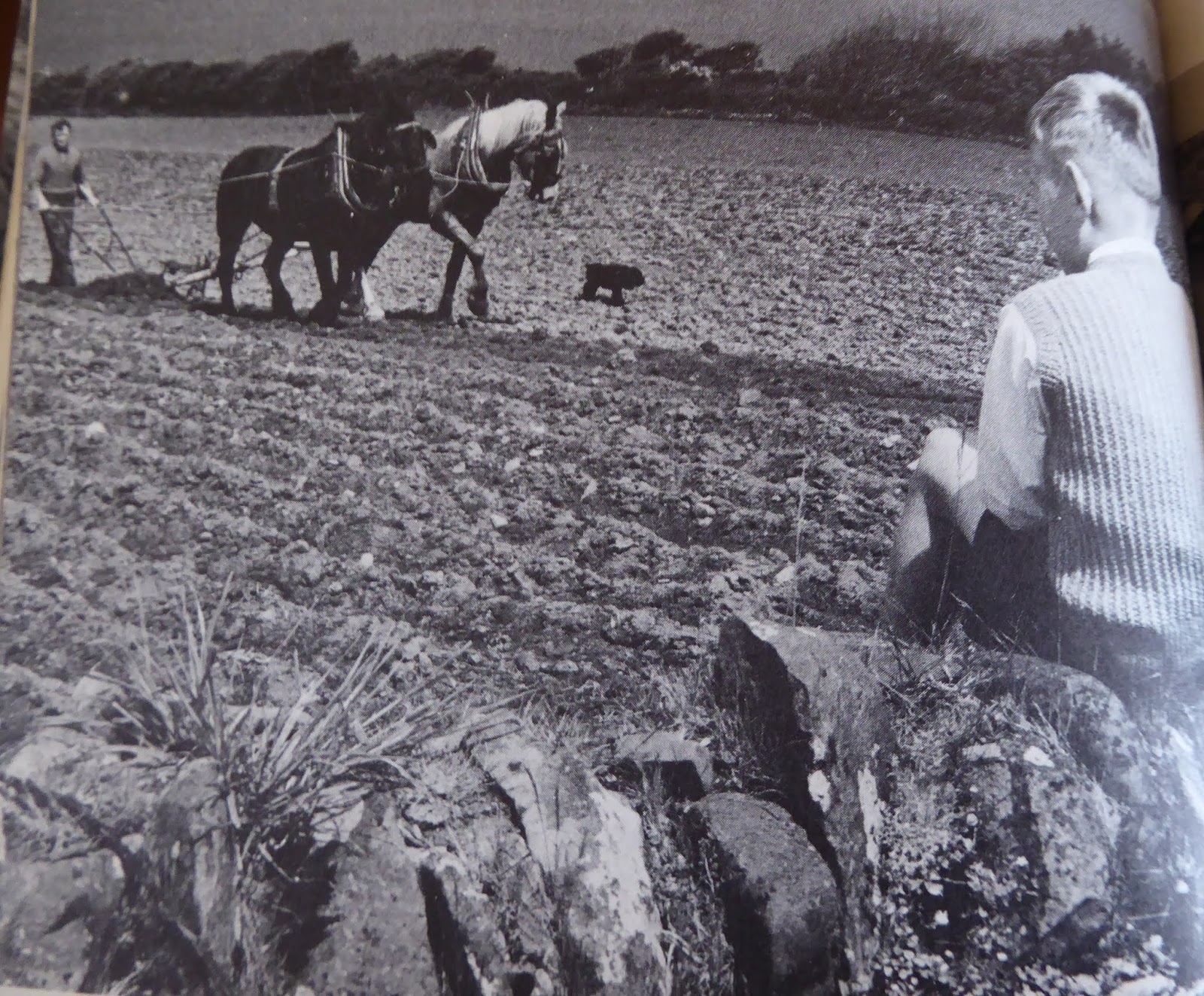 On his way to the sea, Brendan met a ploughman. 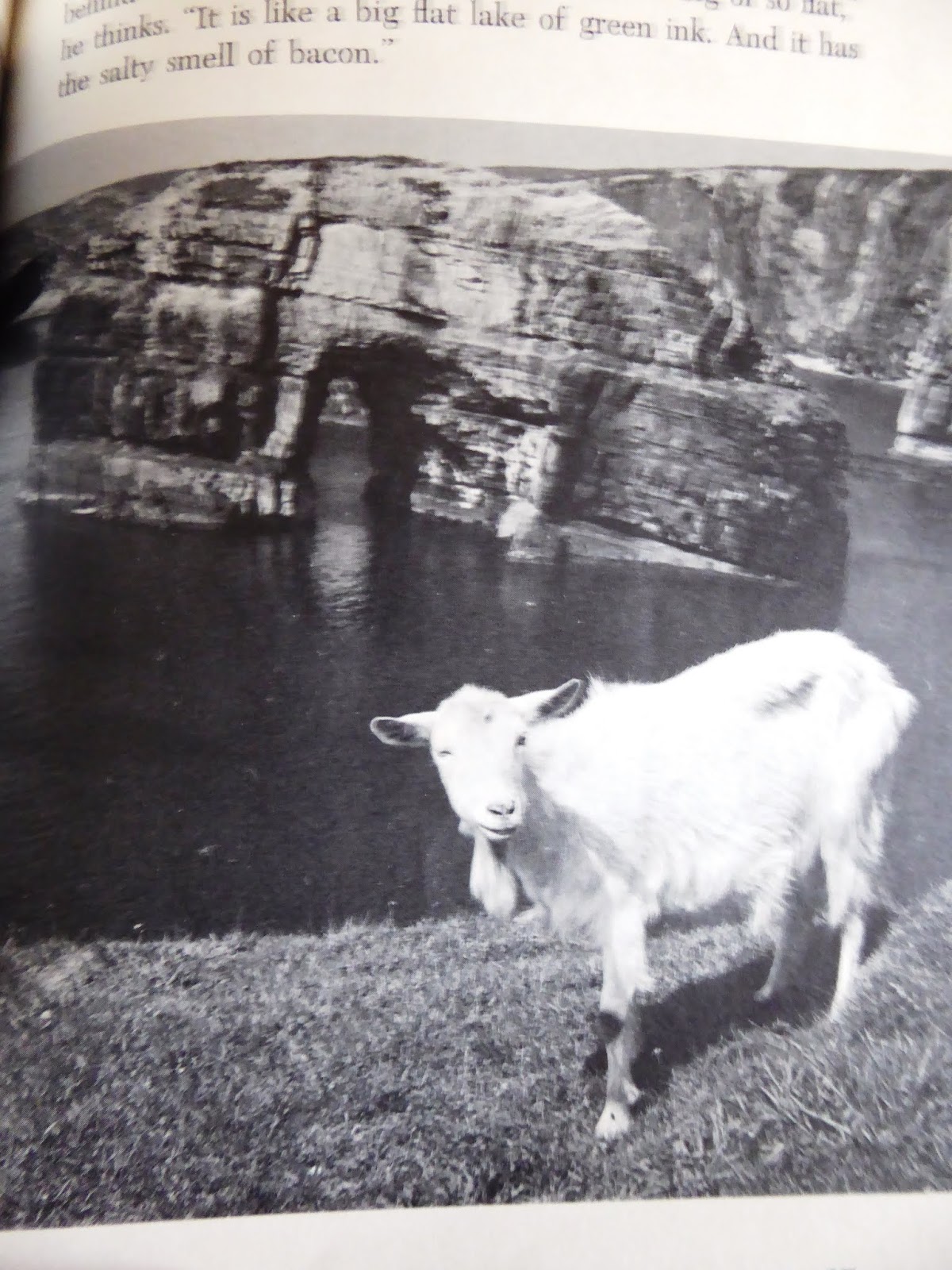 When he eventually reached Ballybunion he met this mountain goat on the path by the Virgin Rock. 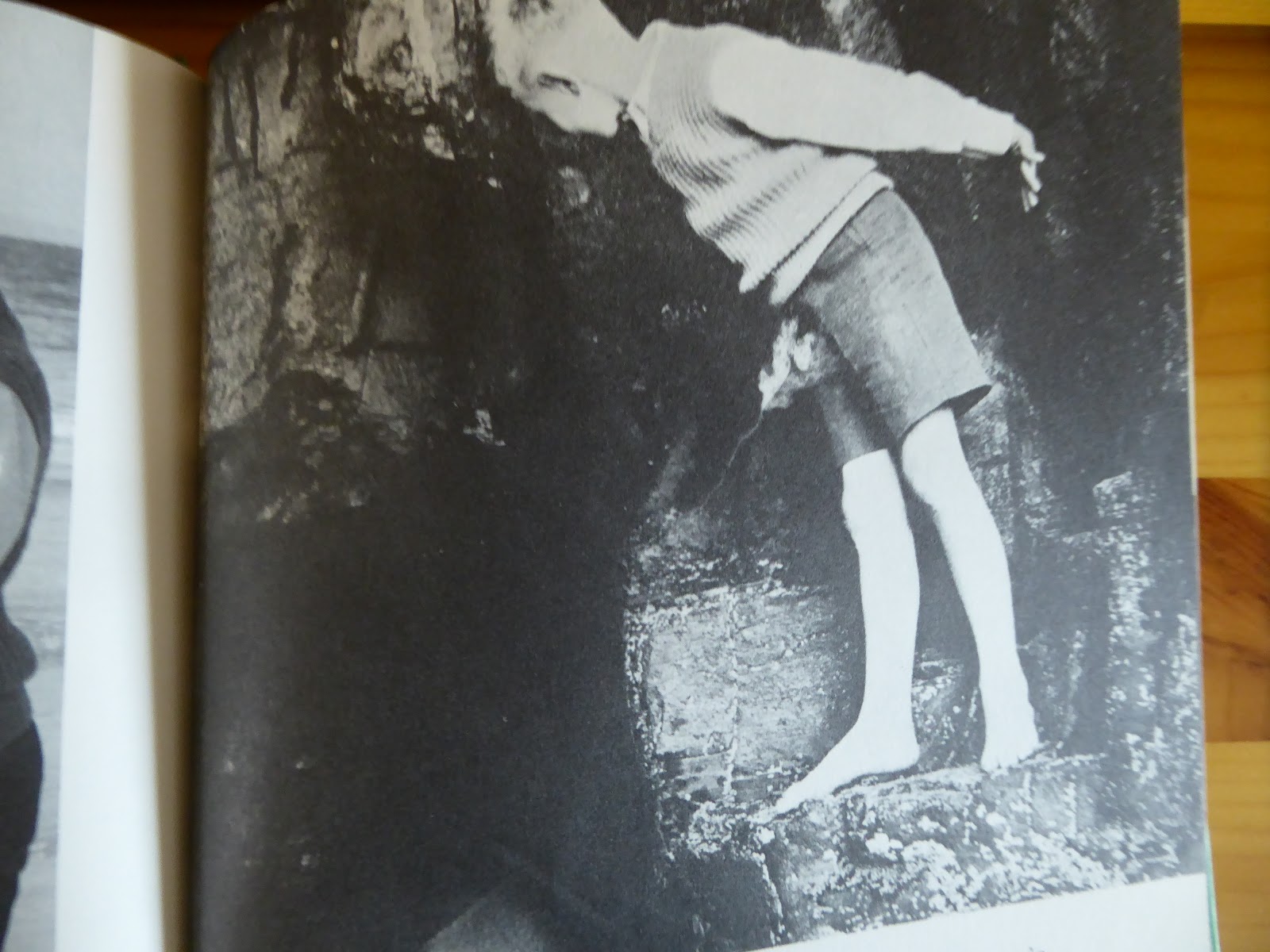 Brendan saw caves for the first time and he had his first sight of seaweed too. 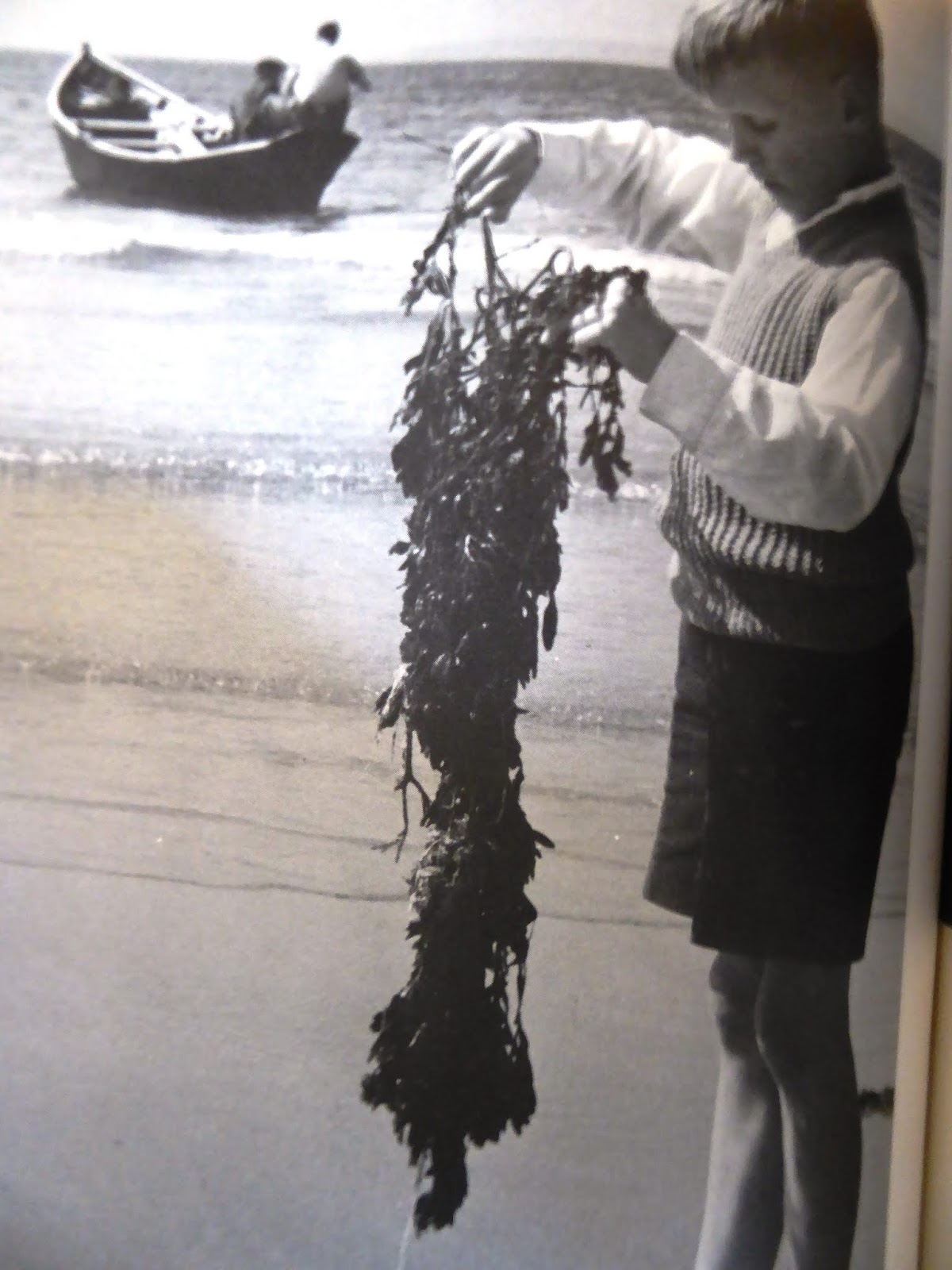 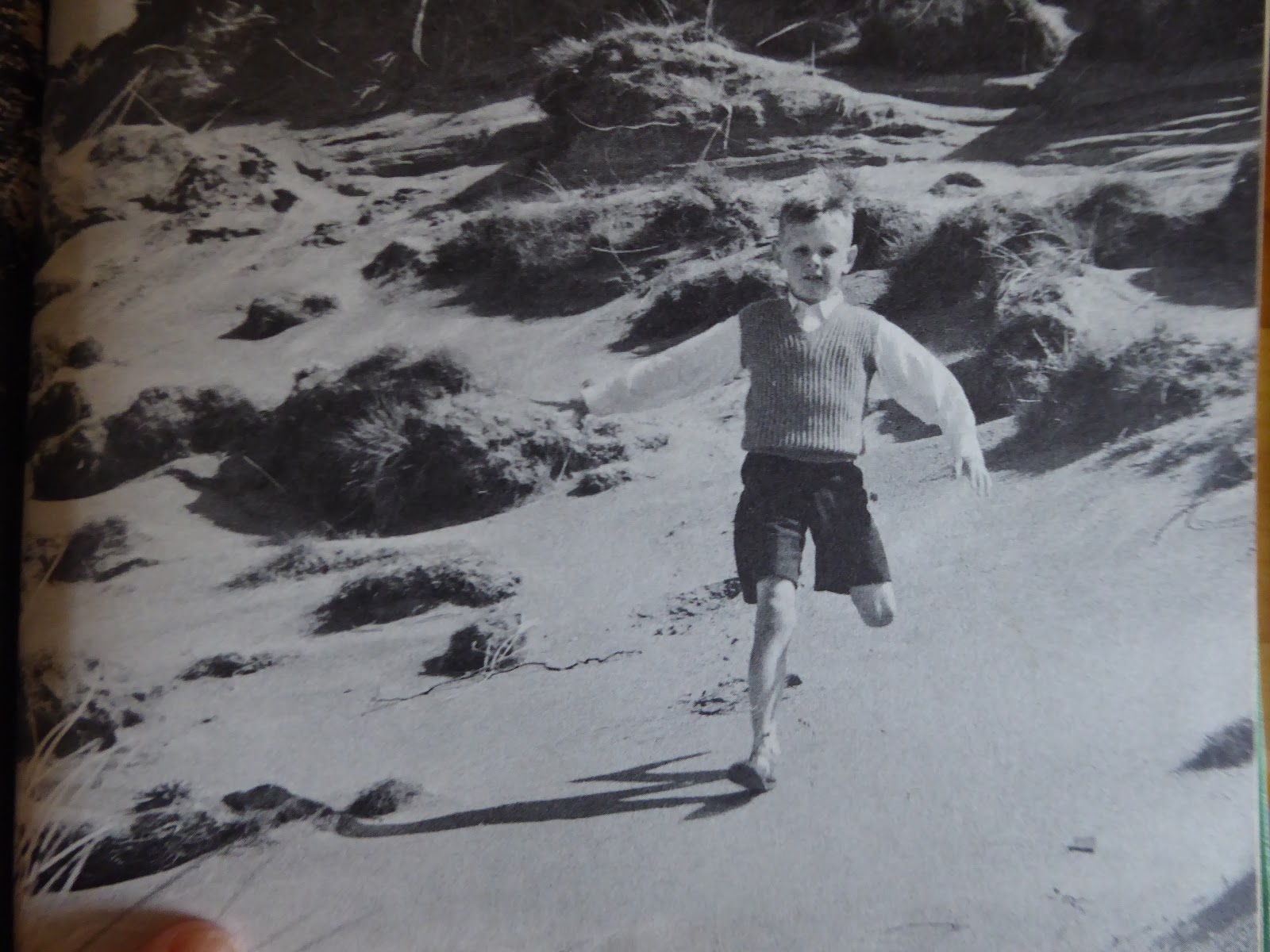 What a picture of freedom and childhood innocence as Brendan plays in the sand dunes. 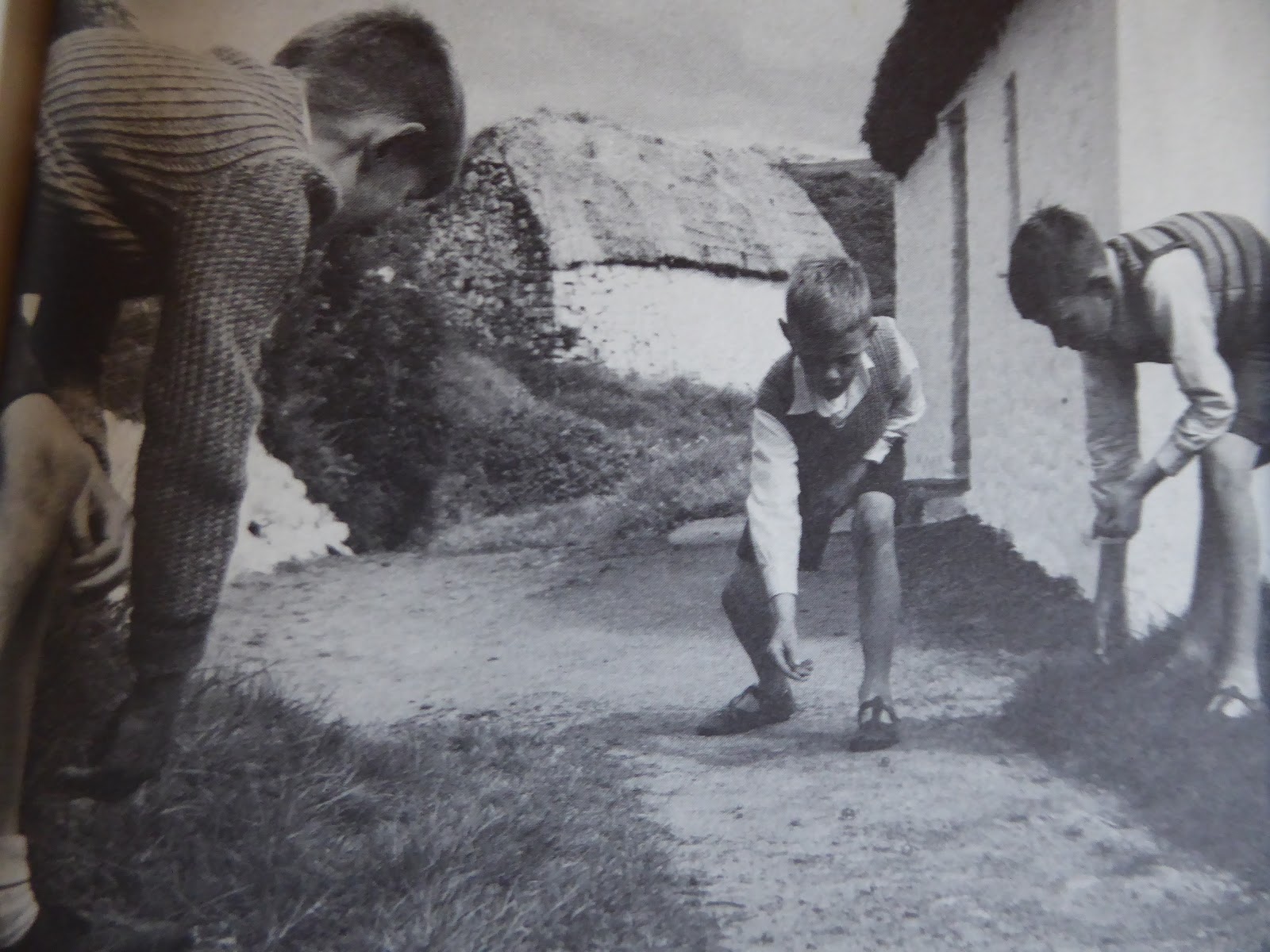 Here the Greaney brothers are playing marbles or pitch and toss. 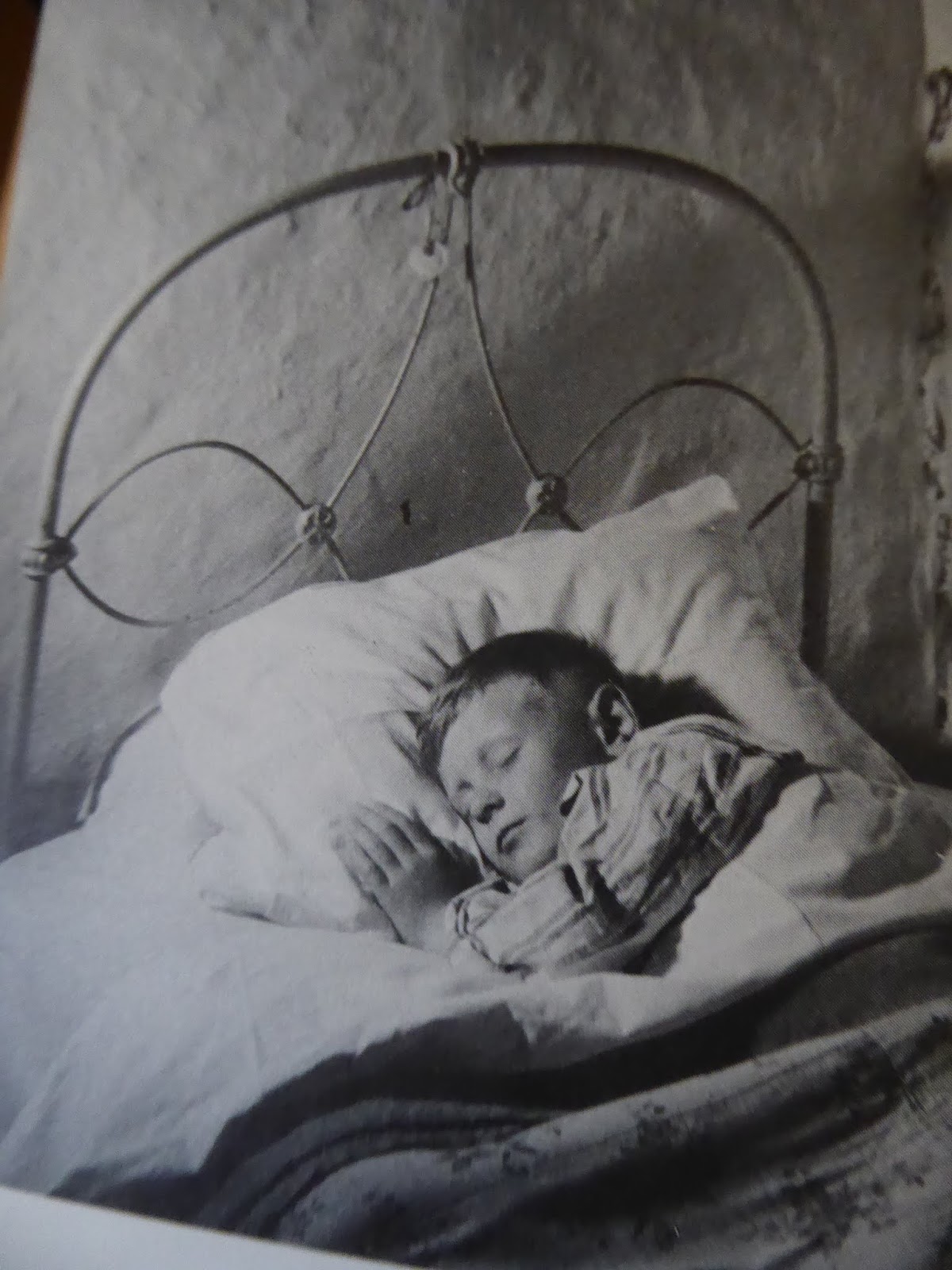 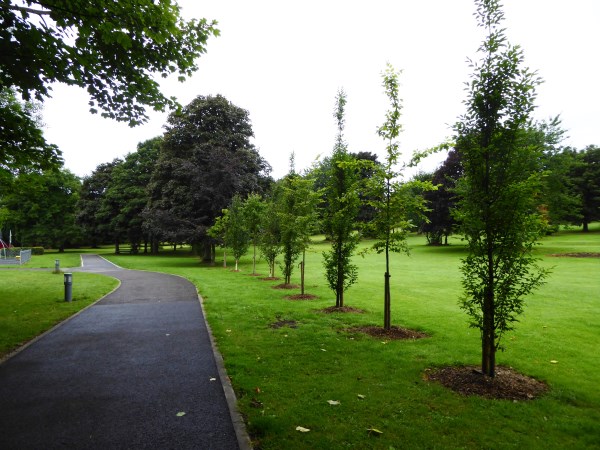 The new planting when it joins up with the existing trees will form a natural screen for the course. 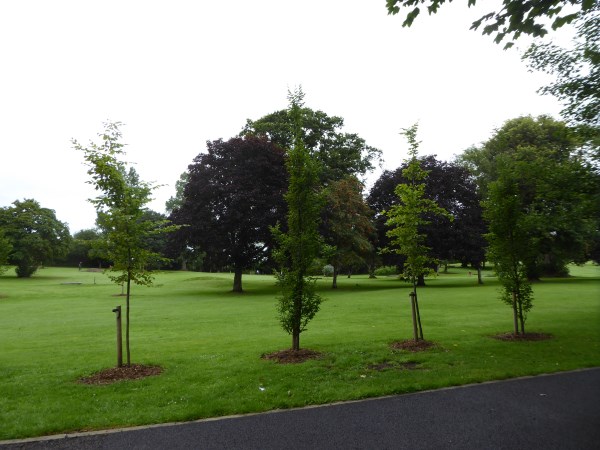 Timothy Cotter was the last man to be hanged in Kerry. He was a young blacksmith and Whiteboy organiser. He was found guilty of the murder of Thomas Brereton at Tralee assizes in 1824. He was hanged in a field near the site of the murder. The following report is from Sounders Newsletter of August 23 1824 and I read it in Patrick O’Sullivan’s Year in Kerry. 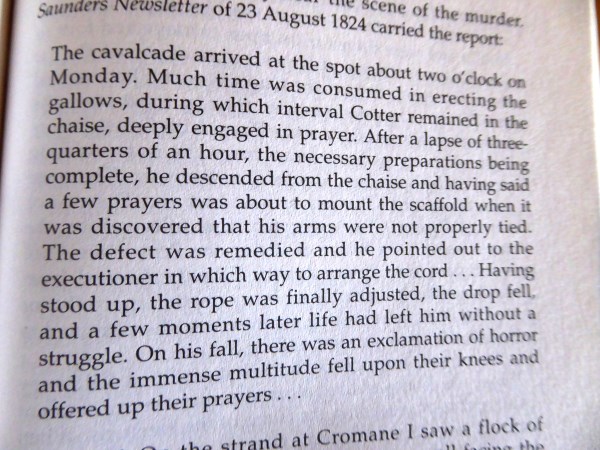