The town was jam packed with people for Writers’ Week, some of them the greats of Irish literature. On Thursday I went on a walk to commemorate John B. Keane and on Friday for a while I just stood on Church St. and photographed whoever was passing.

First the walk; On Thursday morning it poured rain but this did not deter the hardy souls who wanted to stroll around Listowel and learn more about John B. Keane. 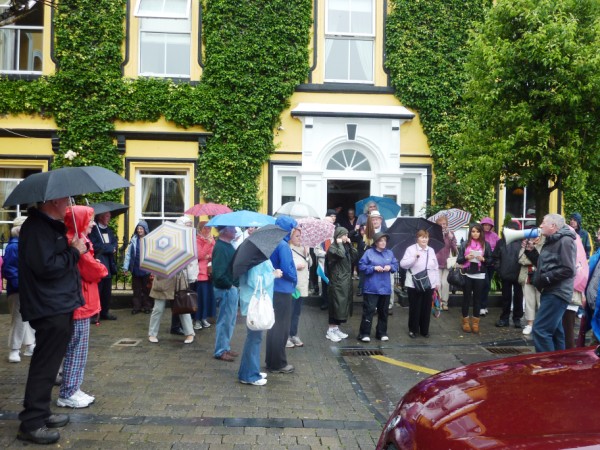 Here we are at the starting point; The Listowel Arms, with our guide, Vincent Carmody.

We headed off up Church St., past Fitzpatrick’s Hatcheries where John B. worked as a fowl buyer. We stood for a while at the house where he was born and then headed on to the KDYS premises which in John B.’s day was the library.

A lovely man walked beside me and introduced himself to me. He is Tim O’Donovan and John B. was first apprenticed to his father in their pharmacy in Rathkeale. 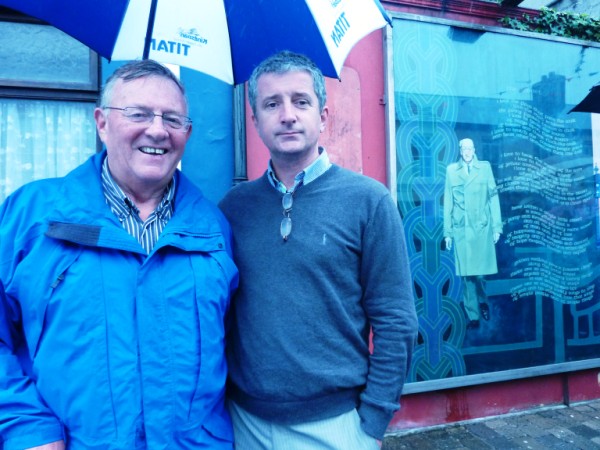 Here is Tony with John Keane in front of the mural of John’s late father.  I apologize that I got so excited about picturing them in just this spot that I had my camera on the wrong setting and consequently the photo has a horrid blue hue but I’m including it anyway. 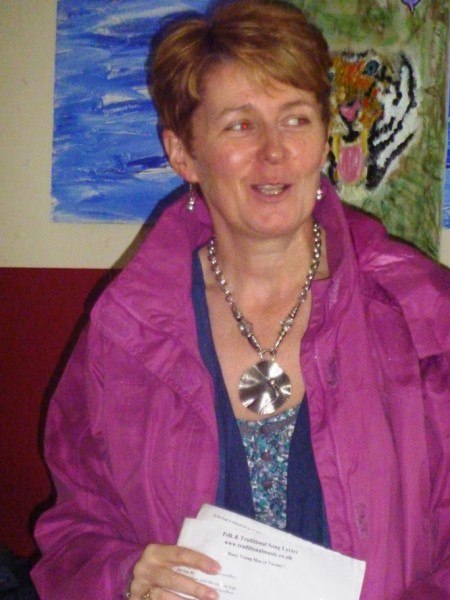 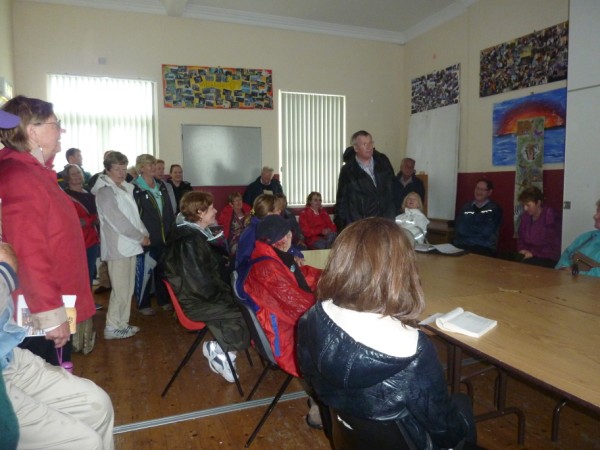 This is part of the audience who enjoyed every minute of the performance.

We moved on from there to St. Michael’s where John B.’s grandson, Bill O’Flynn read John B.’s The Street  in the very room where John B. first recited it and was punished by a troubled priest who refused to believe that a pupil could have written anything so good. 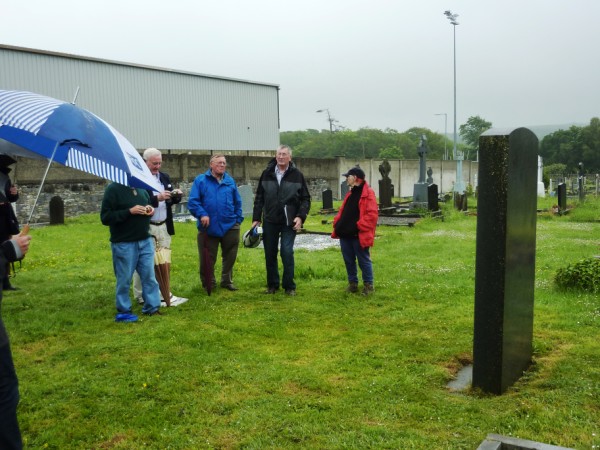 We finished our walk with a visit to the cemetery where we said a prayer at the graveside of the great man.