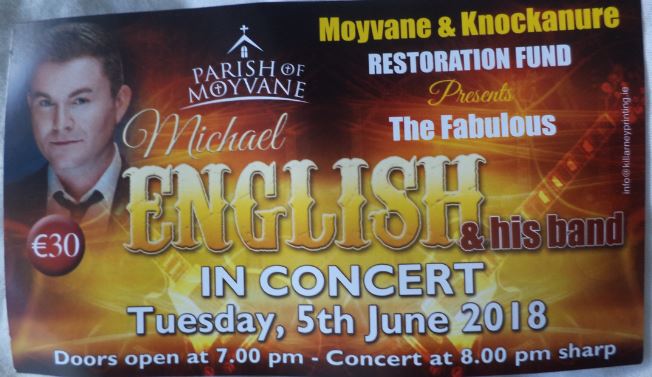 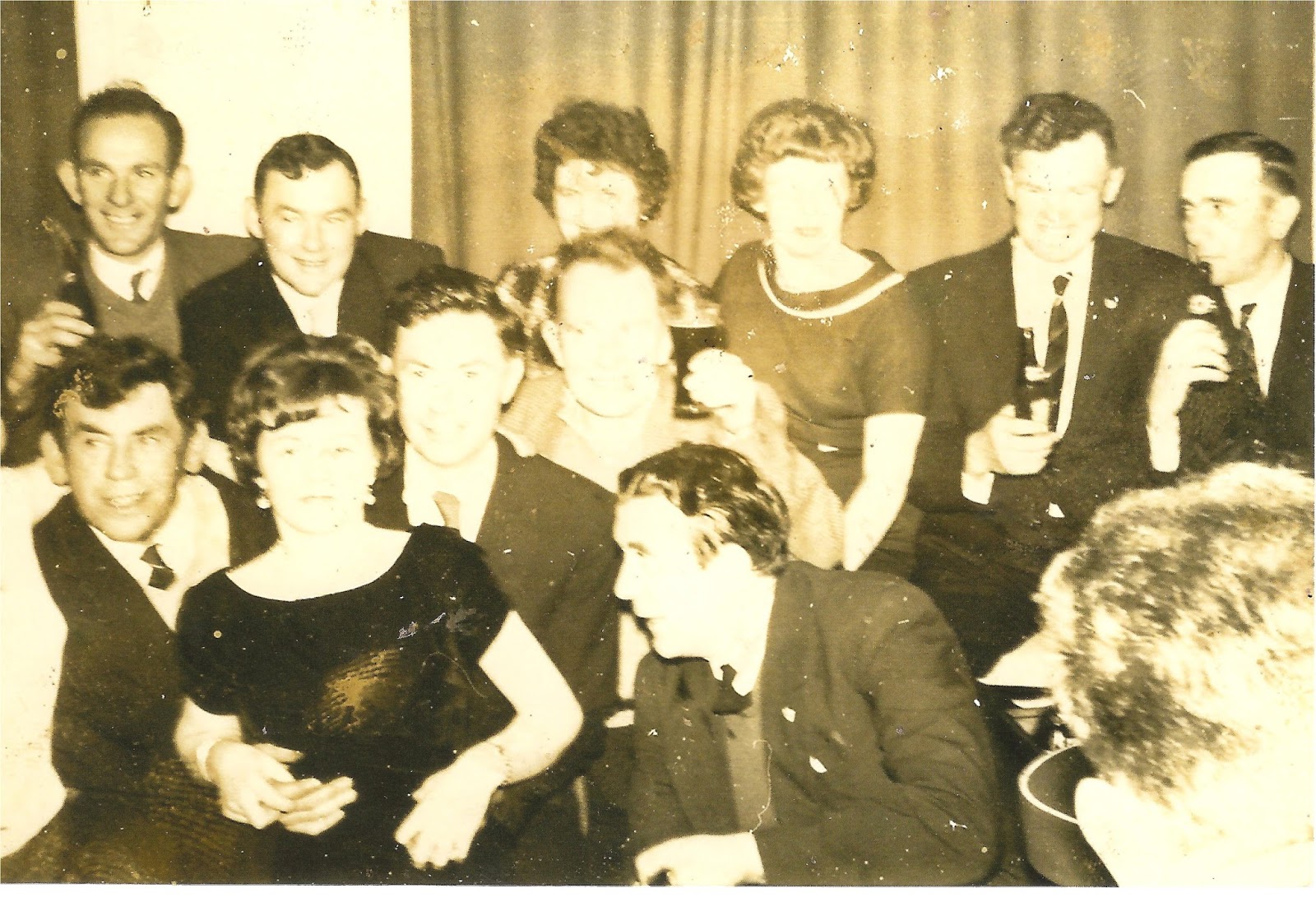 Sorry, I have no names and no provenance for the picture. 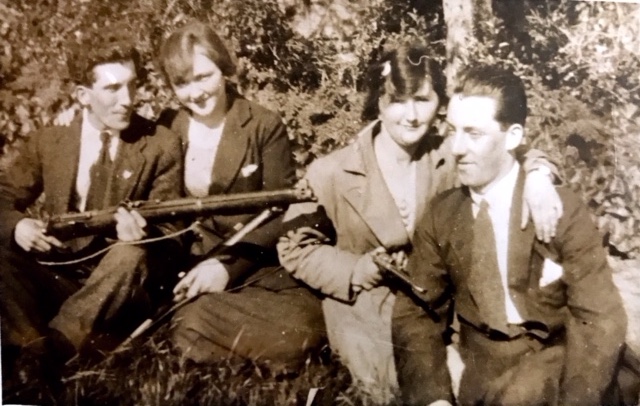 Denis Quille found this in a family album. The man on the right is his granduncle, Martin Quille. He doesn’t know who the others are. The women are more than likely members of Cumann na mBan and the men the IRA.

It looks like a Sunday or Holy Day, judging by the clothes. I’d say the guns were brought out as props for the photo rather than any serious intent at the time. 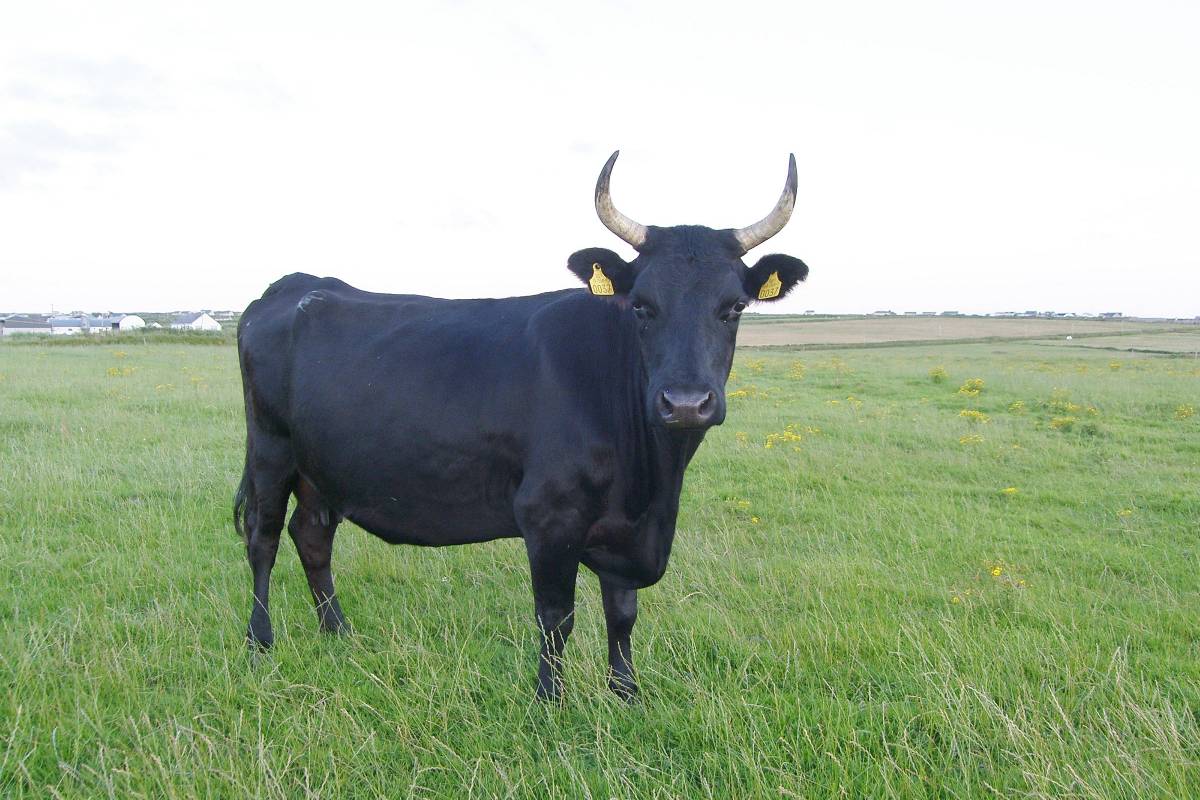 The following article appeared in an online journal, That’s Farming

Michael Flahive farms a herd of pedigree Kerry cattle on the 180-ft Bromore Cliffs in the Kingdom. Kerry cattle, one of Ireland’s oldest breeds has always had a strong affinity with the Flahive family.

Michael Flahive farms a herd of pedigree Kerry cattle and a commercial suckler enterprise comprising of Limousin and Charolais-crosses along the picturesque 180-ft Bromore Cliffs, one mile north of Ballybunion, Co. Kerry on the Kerry Wild Atlantic Way. Kerry cattle, one of Ireland’s own rare native bovine breeds, a native of the Kingdom has always had a strong affinity with the Flahive family for as long as Michael can recall.

“I was born and reared on the farm where I am based now and we always had Kerry cows. When I returned back to farming over one decade ago, I re-introduced Kerry cattle to the farm.” Michael Flahive told Catherina Cunnane of That’s Farming.

Michael, who is a member of The Kerry Cattle Society of Ireland now counts approximately twelve Kerry cattle, making this one of Ireland’s largest herds of Kerry cattle. It is believed that there fewer Kerry cows in the world than Giant Panda, with less than 1,000 beloved Kerry cattle dotted around the world.

It is in the interest of Michael and other candidates to continue their efforts in a bid to conserve one of the world’s oldest and indigenous bovine breeds, as exemplified by their continuous interest in this field.
“When REPS was first introduced, the breed was in a more positive position, as this increased the national and worldwide herds.In recent years, this has slipped back slightly in more recent times.” Michael explained.

“There is a subsidy of €120 for every Kerry calf born, but in order to qualify for this, you have to breed them pure and the calf has to be registered with The Kerry Cattle Society of Ireland.” Michael outlined.

Michael’s selective breeding policy incorporates the retention of replacement heifers which calve down at thirty-six-months, while the bull calves are sold to dedicated customers. A stockbull is retained on the farm until he celebrates his third birthday and an alternative bull carrying new blood is selected thereafter, however; Michael is currently utilising the best Kerry genetics available through A.I, with a belief that this practice will push the breeding programme to great heights this season.

“Our farm is located here on the cliff and it is fairly exposed. We opened up the farm six years ago for cliff walks and in order to offer this unique opportunity we established Bromore Cliffs.” Michael explained.

“They are a very docile breed and are very easy to manage. Kerry cows can calve up to 15-16 years of age, with ease, so they are very suitable for our farming system and geographical location.” He added.

“Occasionally, if the A.I fails or if other circumstances arise, we cross a Kerry cow with a Charolais bull and they calve without any intervention or assistance.Kerry cows produce calves within a 365-day calving interval; are excellent mothers and have strong maternal qualities.” Michael highlighted.

Looking forward to the future, Michael is satisfied the current size of both the pedigree herd on the home-farm and the commercial sucklers on the out-farm, with an objective to maintain quality, with no expansion plans stirring in the pipeline.

“There is great demand for milk produced by Kerry cows – the fat globules are smaller and it is easier to digest, making it suitable for people with certain food allergies. There is a demand for hand-milked Kerry cows, but they are very difficult to locate.” Michael explained.

“I have always had Kerry cattle and we will always have them,” Michael concluded.

Have you ever heard of the Peter Robinson Settlers?

If the answer is no, here is a quick History lesson.

Who were Peter Robinson Settlers?

They were Irish people who relocated to Canada under a trial emigration scheme to relocate Irish “paupers” to underpopulated Canada.

When did this happen?

How were these people chosen?

“Most of the emigrants were chosen from the area north of the Blackwater River in Cork from the estates of a few landlords though a number of Kinsellas, presumably from the southeast of Ireland, also went. Eight land owners chose 239 families with 37 other landowners picking the remaining 68 families. Emigrants were required to be peasants, and Roman Catholic although several Protestant families were chosen. No person over the age of 45 would be accepted. Each emigrant was to be given 70 acres which would be subject to a payment of an annual quit rent to the Crown, to be paid every six months at 2 pence per acre.

Lord Listowel was one of the landlords who sent families. As well as families from his estate in Co. Cork he sent several families from among his Listowel tenants. Many of these are from the Ennismore area.

Where in Canada did they settle?

Where can I find out more?

Just Google Peter Robinson Settlers and you will find everything, ships manifests, names and dates etc.

Why am I writing about them today?

A descendant of one of these families called Costello is going to visit Listowel this week and he would love to meet up with his Irish family.

Edward T. Costello living in Arlington, Virigina is visiting Kerry  ( May 13-25) to search for information on his  gt gt grandfather Michael Costello.

Michael Costello (1782-1826) and his family, reportedly from the Listowel area in County Kerry, left Ireland for Canada in 1825 as a member of a group of some 600 Irish families that were resettled in Ontario, Canada under the leadership of Peter Robinson (the Peter Robinson Settlers).  Each adult member of the family was given 100 acres of land and equipment and supplies to assist in settlement.  The immigration plan both reduced land pressure in Ireland and helped settle sparsely populated areas of Canada. Descendants of the original group (who settled in Ennismore Township) of Peter Robinson Settlers can be found both in Canada and the United States. Any information or insights concerning the Michael Costello family would be appreciated to 086-8269870.

I met the lovely lady from the photograph 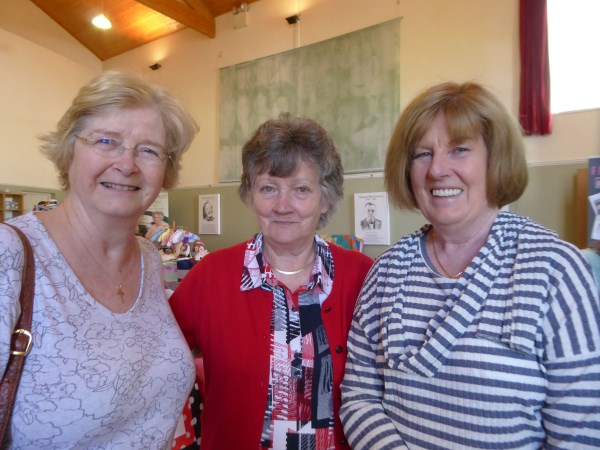 On Sunday, May 6 2018 at the craft fair in The Seanchaí I met Mary Dunne (Née Corridan) with Frances O’Keeffe and Aine Guerin.

We all saw a younger Mary in John Hannon’s Convent Street photo.