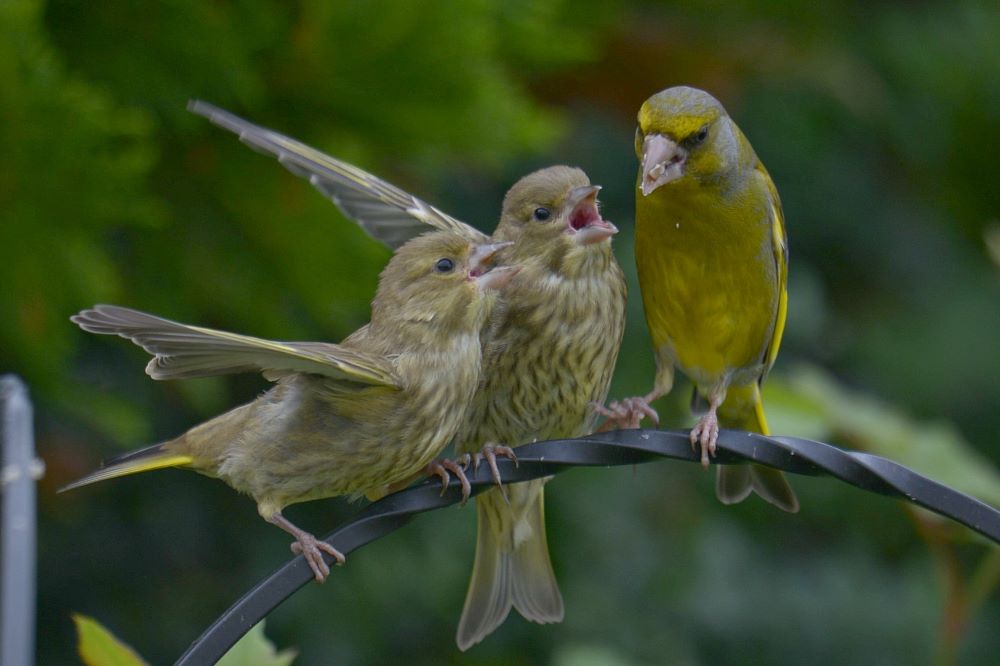 The North Kerry branch of the Multiple Sclerosis Society had three blessings on their busking day for 2018. They had  a great group of hard working volunteers, they had some brilliant musicians and they were blessed with the weather. 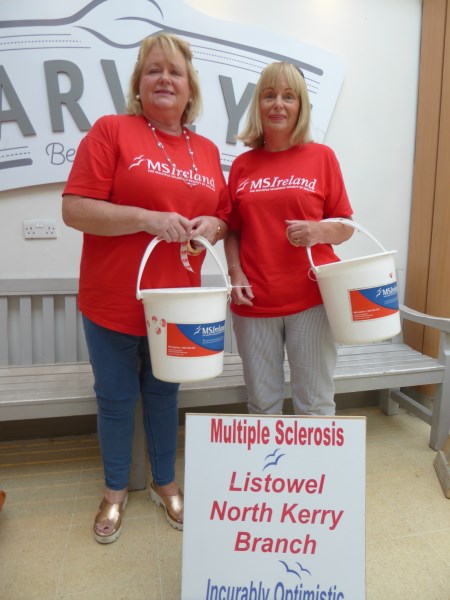 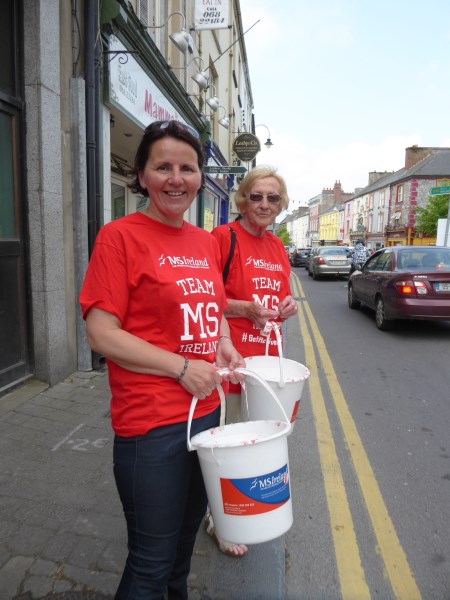 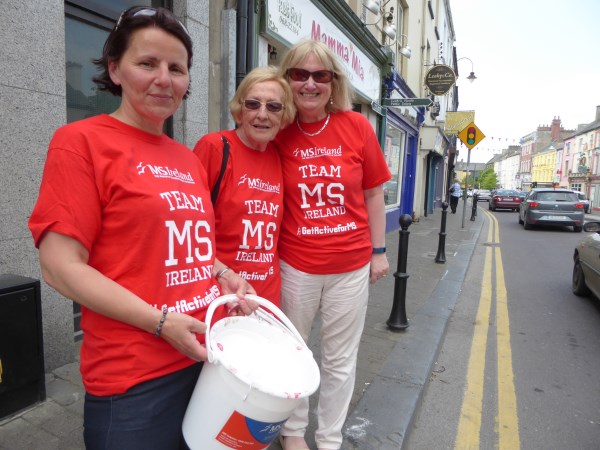 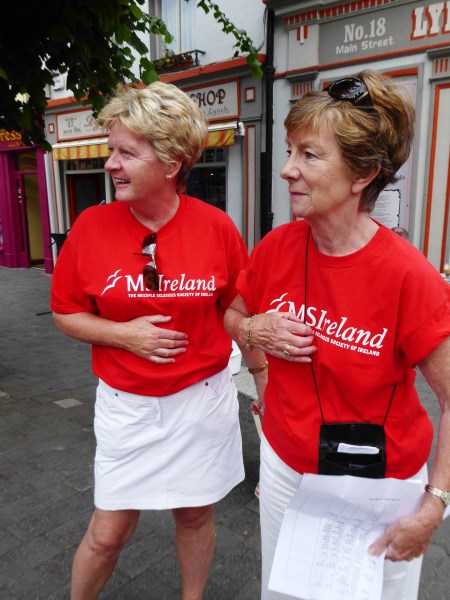 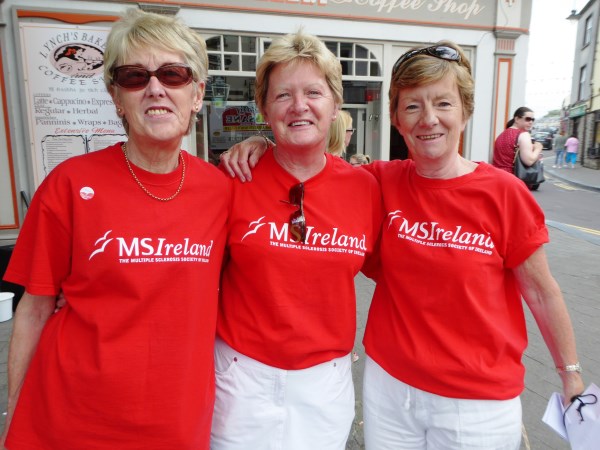 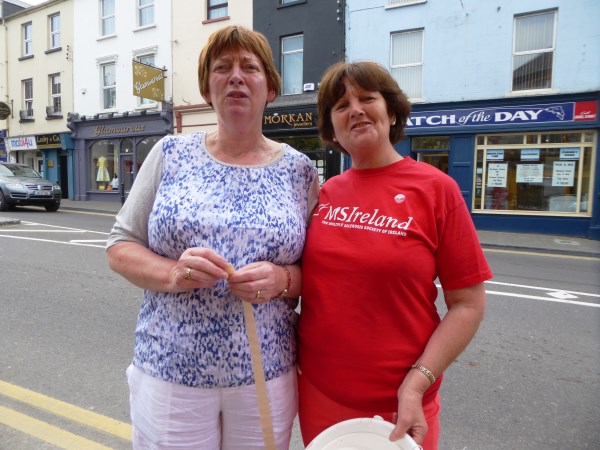 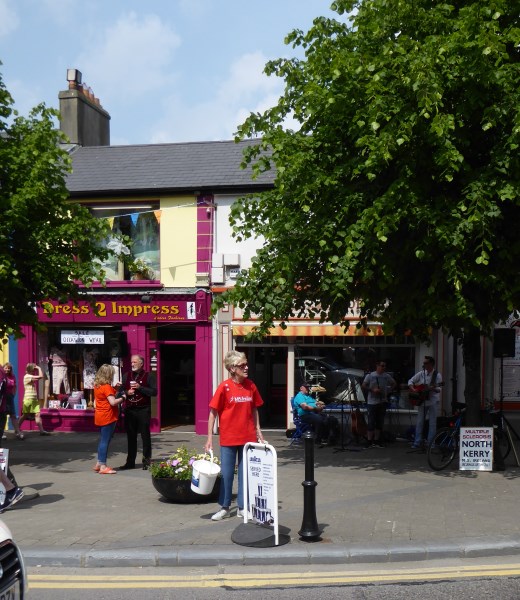 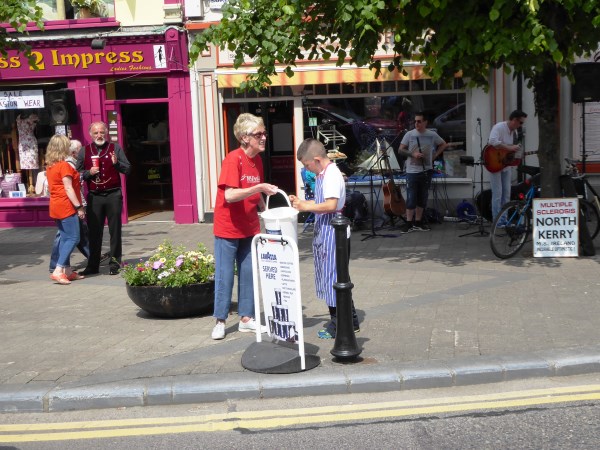 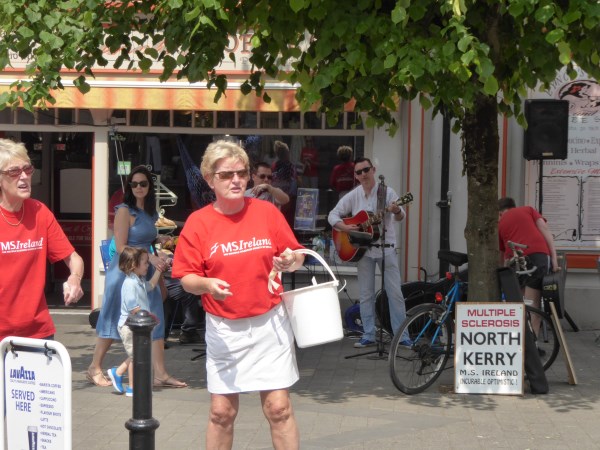 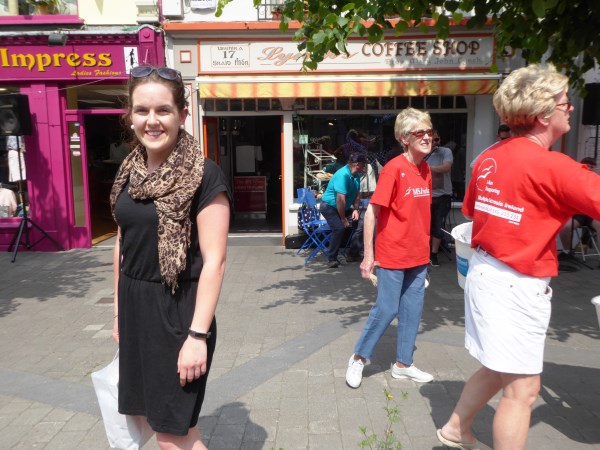 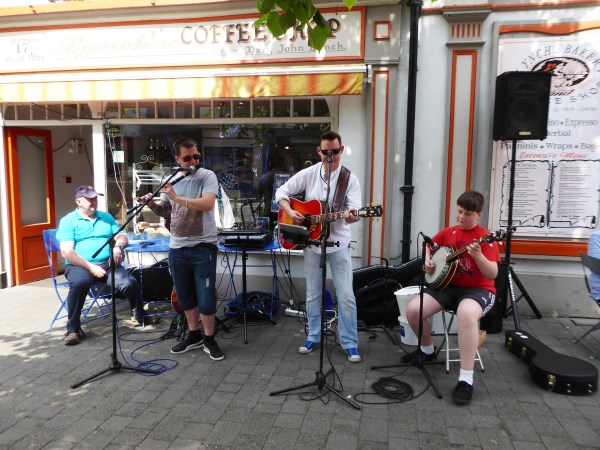 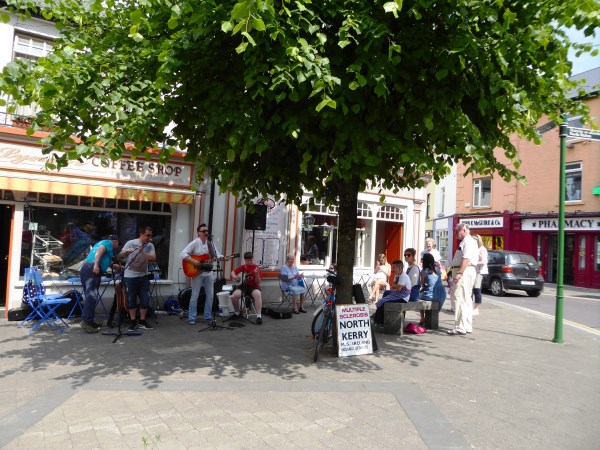 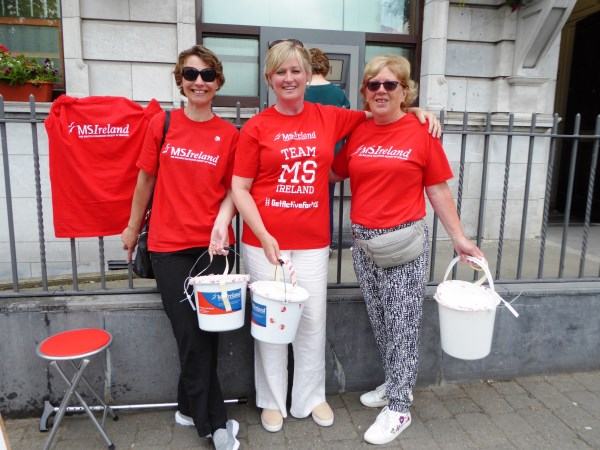 Roadworks are still a feature of our Lives in Listowel 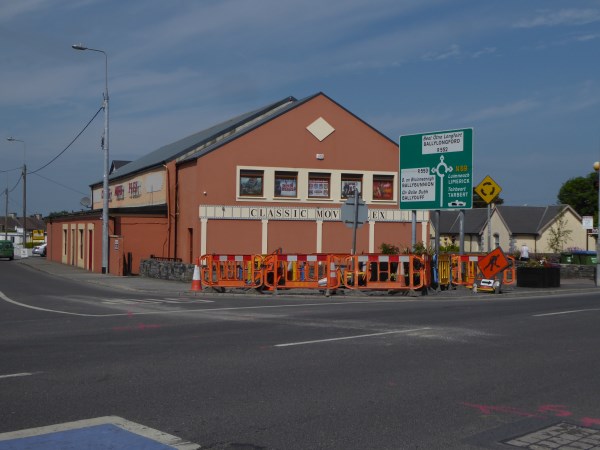 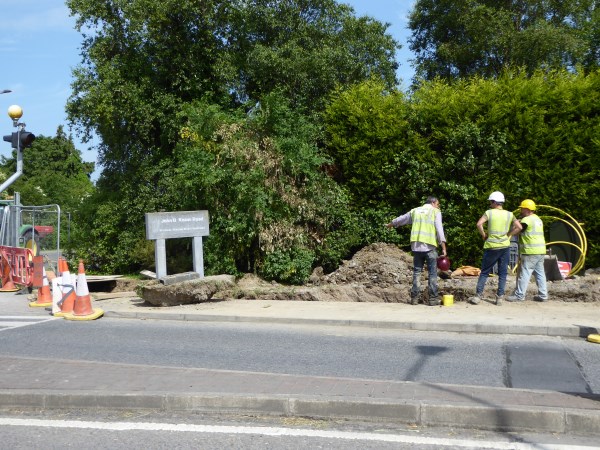 Workmen temporarily removed the John B. Keane Road sign while they placed  the pipes. 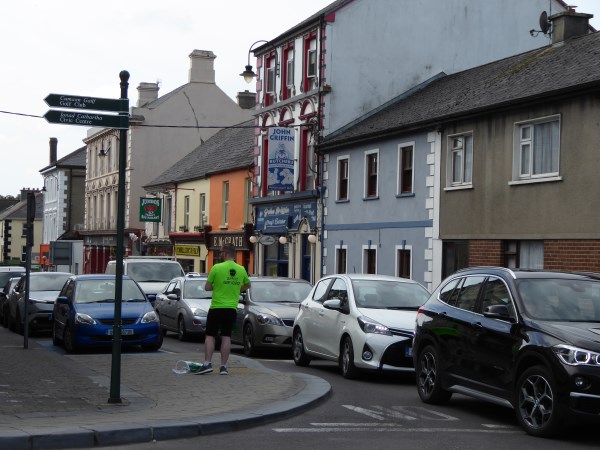 Traffic is heavy in town these days too,

Musicians at the Friday Market 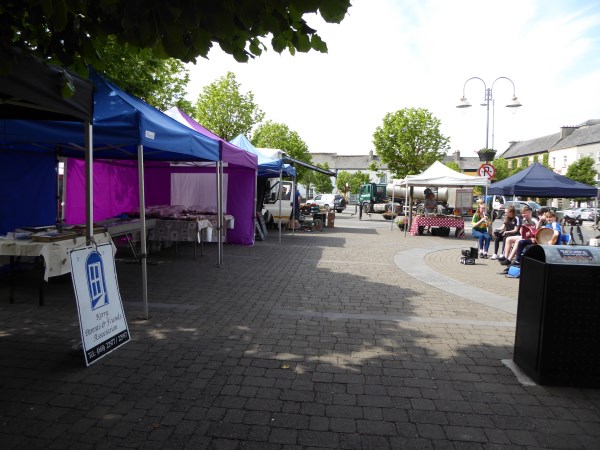 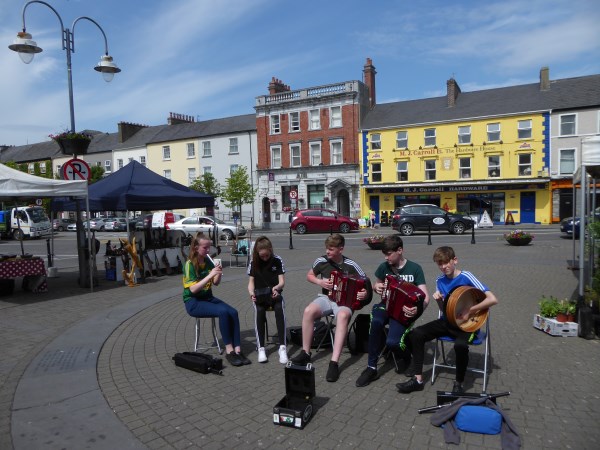 On the Friday I was in The Square there was a much increased number of stalls  and some talented young musicians creating a great atmosphere. 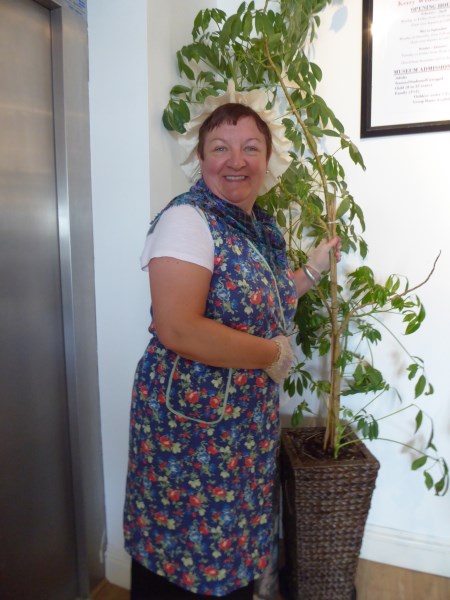 Han Savage of Lisselton  had a story about William Diggin. Mr. Rice from Moybella had several men digging potatoes. He promised a quarter of tobacco to the man who would produce the biggest potato. William Diggin was one of the men digging the spuds. He dug a big potato and cut it in half. Then he got another potato and quartered it and he tied the two potatoes together with string to make one enormous potato. He won the quarter of tabacco. 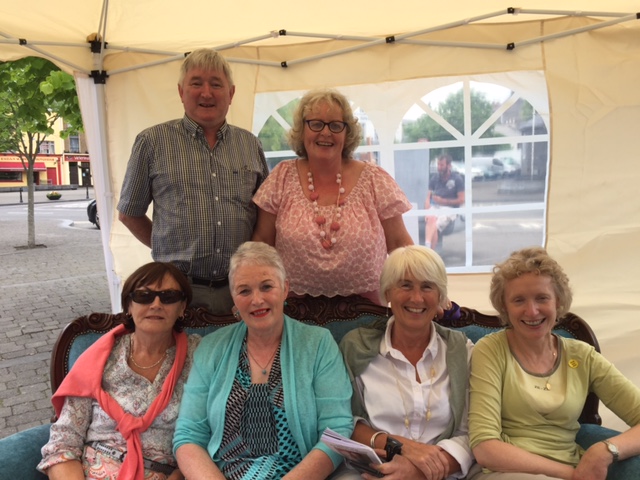 In a marquee in the sunshine on June 2 2018 this group of Lartigue theatre friends met up and reminisced.

A Food Hub for Listowel? 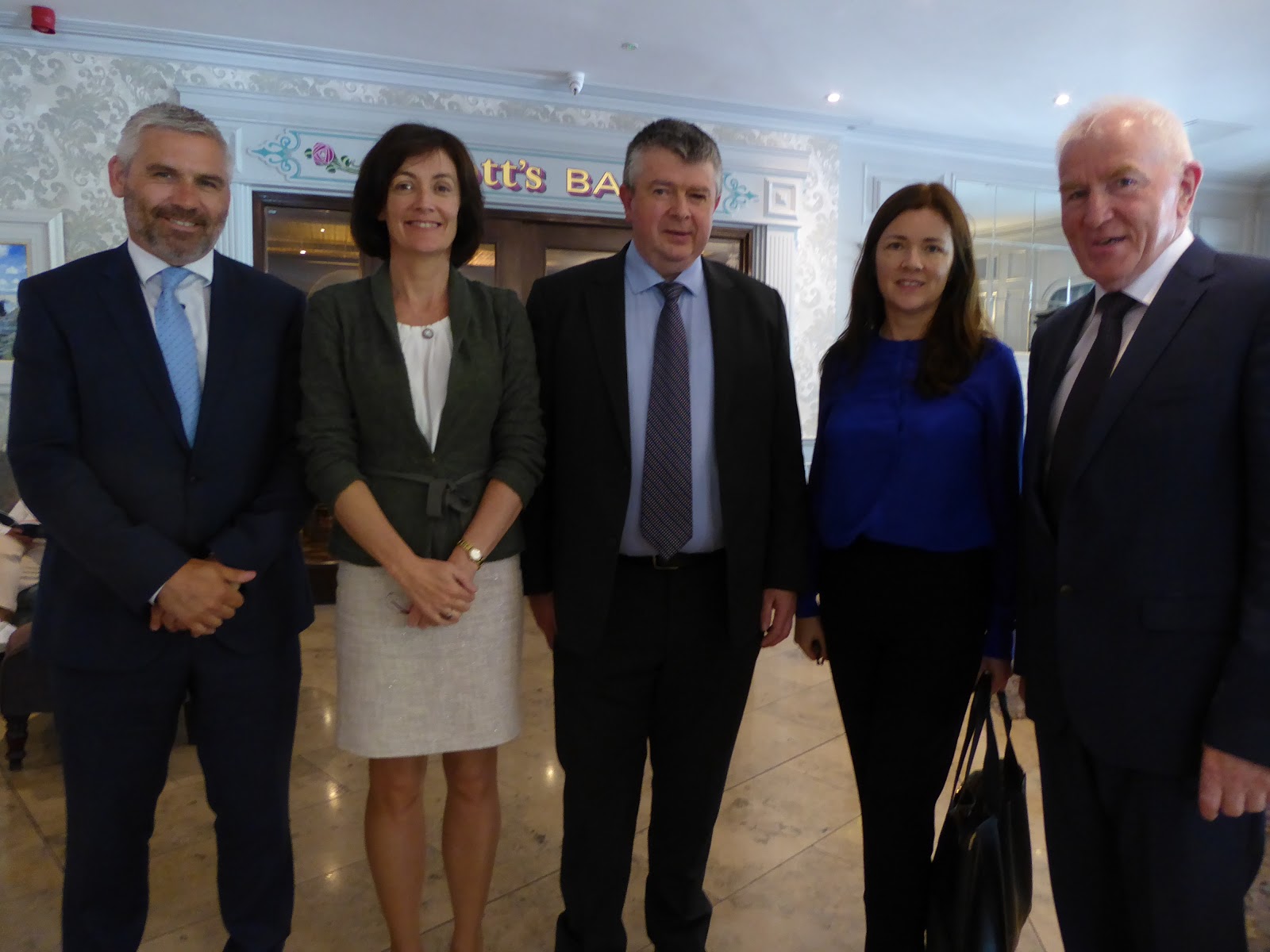 I met this delegation in Tralee yesterday., June 19 2018 as they were readying their pitch to Kerry County Council for a food hub in Listowel.