Murhur School in the late Eighties 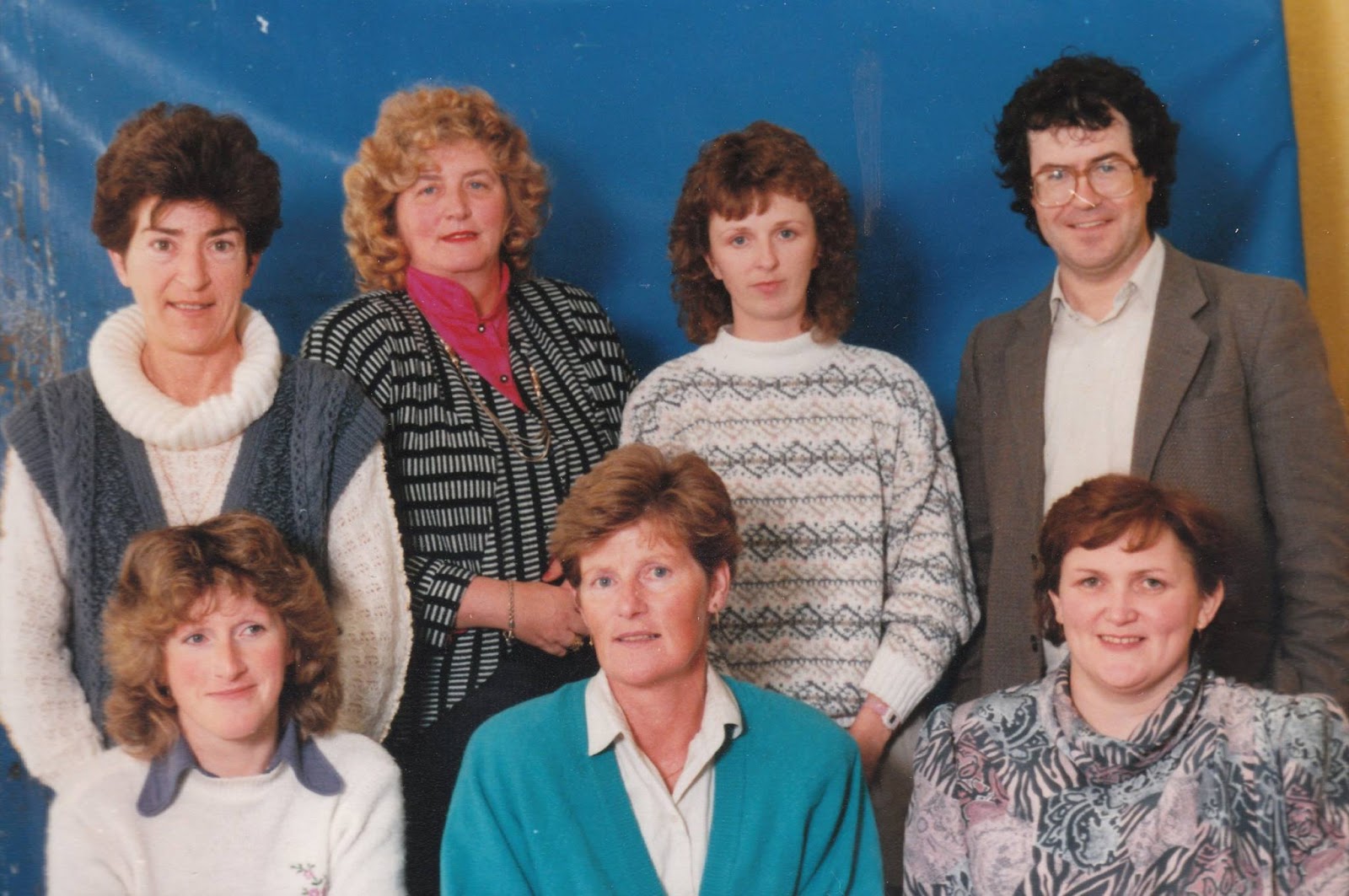 Teachers in Murhur NS in the late eighties. 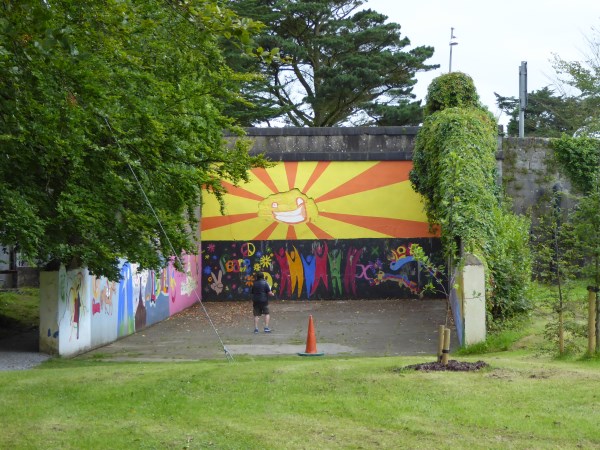 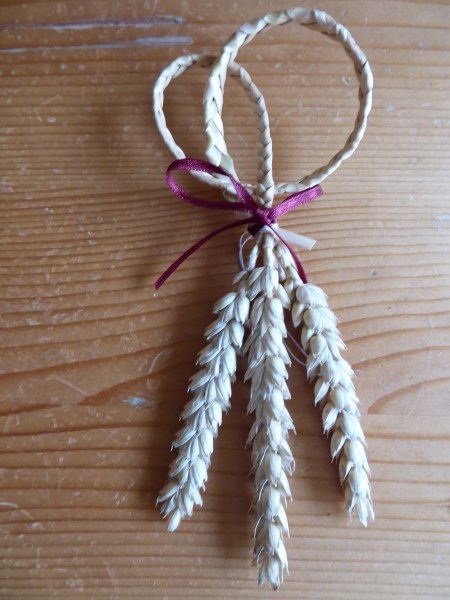 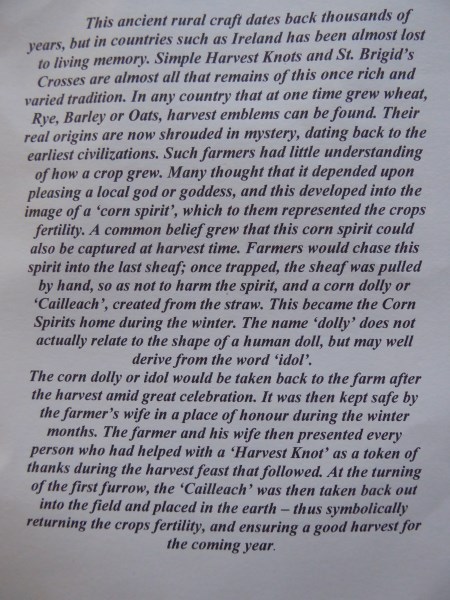 The late Seamus Heaney knew these corn dollies well. In his childhood he saw them being made in his native Mossbawn. He captures the memories and associations of these ancient amulets better than anyone else.

As you plaited the harvest bow

You implicated the mellowed silence in you

In wheat that does not rust

But brightens as it tightens twist by twist

Into a knowable corona,

A throwaway love-knot of straw.

Hands that aged round ashplants and cane sticks

And lapped the spurs on a lifetime of game cocks

Harked to their gift and worked with fine intent

Until your fingers moved somnambulant:

Gleaning the unsaid off the palpable,

And if I spy into its golden loops

I see us walk between the railway slopes

Into an evening of long grass and midges,

Blue smoke straight up, old beds and ploughs in
hedges,

An auction notice on an outhouse wall—

You with a harvest bow in your lapel,

Me with the fishing rod, already homesick

For the big lift of these evenings, as your
stick

Whacking the tips off weeds and bushes

Beats out of time, and beats, but flushes

Nothing: that original townland

Still tongue-tied in the straw tied by your
hand.

The end of art is peace

Could be the motto of this frail device

That I have pinned up on our deal dresser—

Slipped lately by the spirit of the corn

Yet
burnished by its passage, and still warm. 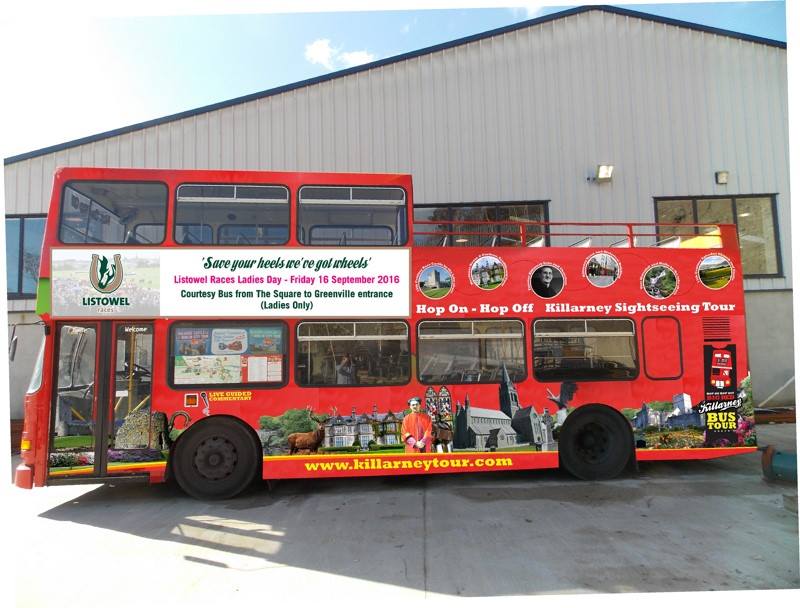 This is the bus the kind folk on Listowel Race Committee is going to hire to take ladies to The Island on the Friday of the Races. I’m not sure if you can avail of it if you are not wearing high heels and if you would just like a lift.

A Sermon and a story for you

While I was in Asdee church I picked up their August 2016 newsletter and I read this story. I’m cutting it short here but it is attributed in the newsletter to Tom Cox;

In 2013 a Brazilian millionaire announced that he was going to be like the Egyptian pharaohs and bury his treasure with him. His greatest treasure was his Bentley.

He was lambasted in the media for this ostentatious show of wealth and foolishness so he called a press conference at his house. The media turned up in big numbers to see if he would really carry out his promise. Diggers were at work in the garden digging a big car sized hole.

Instead Mr. Scarpa delivered this message, “I didn’t bury my car, but everyone thought it was absurd when I said I would. What is more absurd is burying your organs, which can save many lives. Nothing is more valuable than life. Be a donor and tell your family.”

Regular readers will know that my only sister died in 1964 of kidney failure. She had been ill for a year before she died and she was in and out of hospital frequently. Her best friend was a girl called Marion and they were thick as thieves. If kidney donation was an option, they would have given one another a kidney in a heartbeat. For that year while they were apart they wrote regular letters to one another and they invented a secret code to write private things about boys just in case the letters fell into the wrong hands. All very innocent girly stuff. They were only 15.

Marion kept all the letters and has treasured them all these years. Her friend’s death had a profound effect on her and she has never forgotten her.

Recently she took one of these letters to a tattoo parlour and the tattoo artist scanned my sister’s signature along with the coded message and Marion had it tattooed on her forearm. 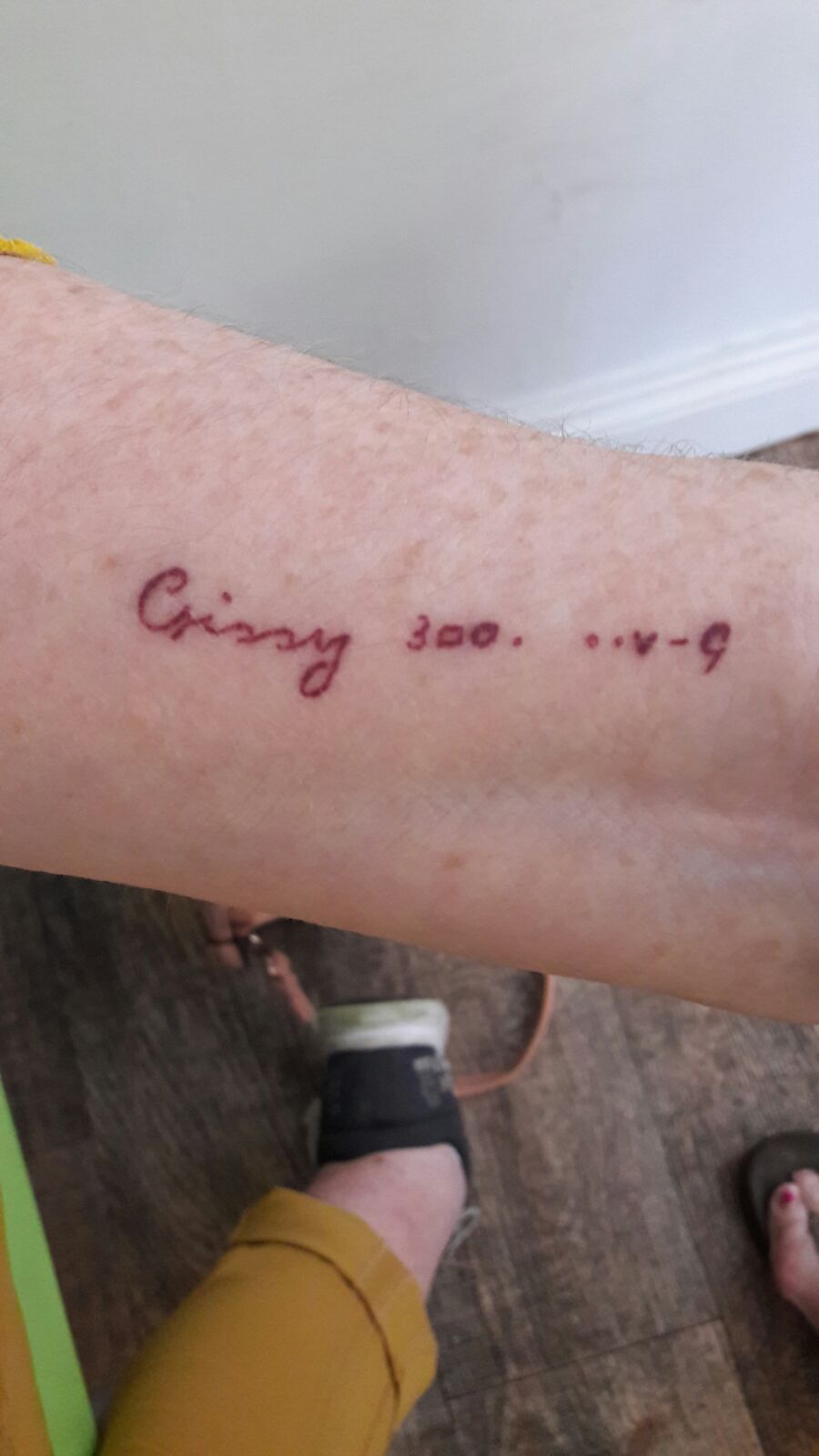