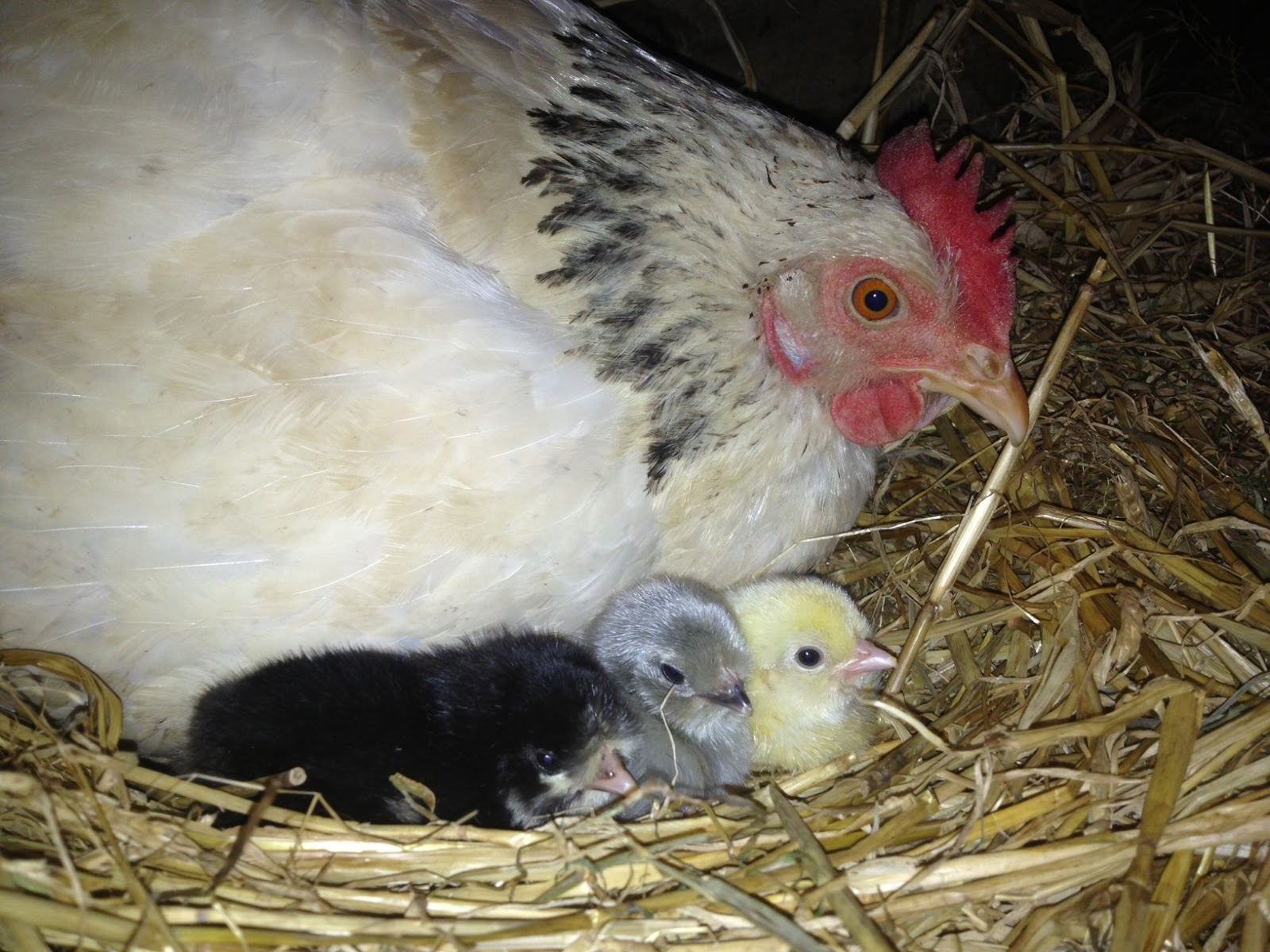 The Ballyduff chicks are getting big. The 7 chicks are of 3 different breeds. Isn’t mother hen lovely too? 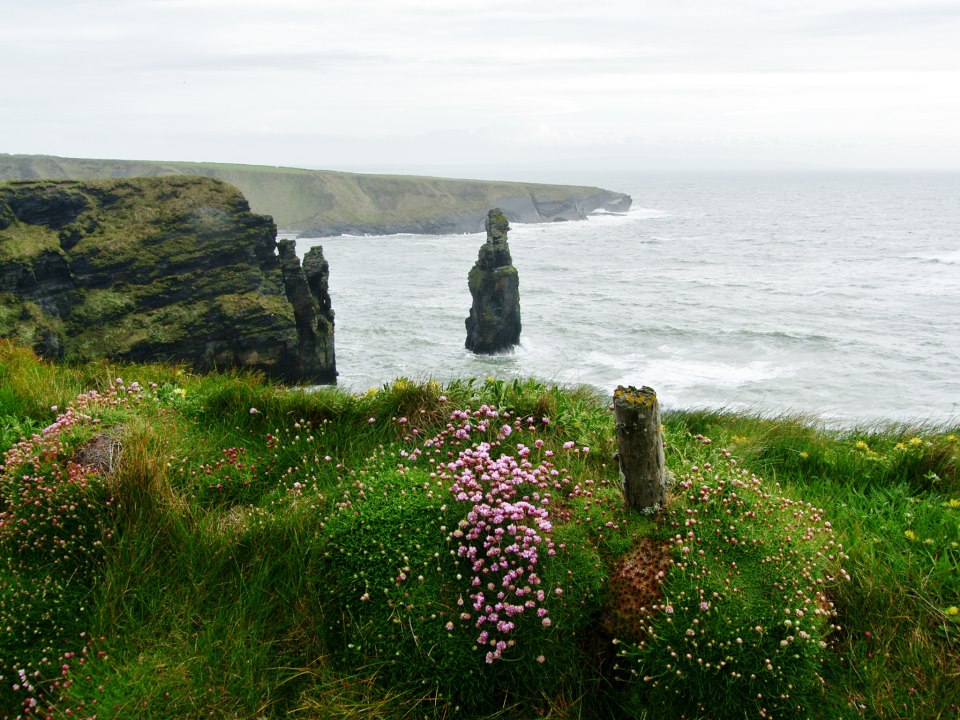 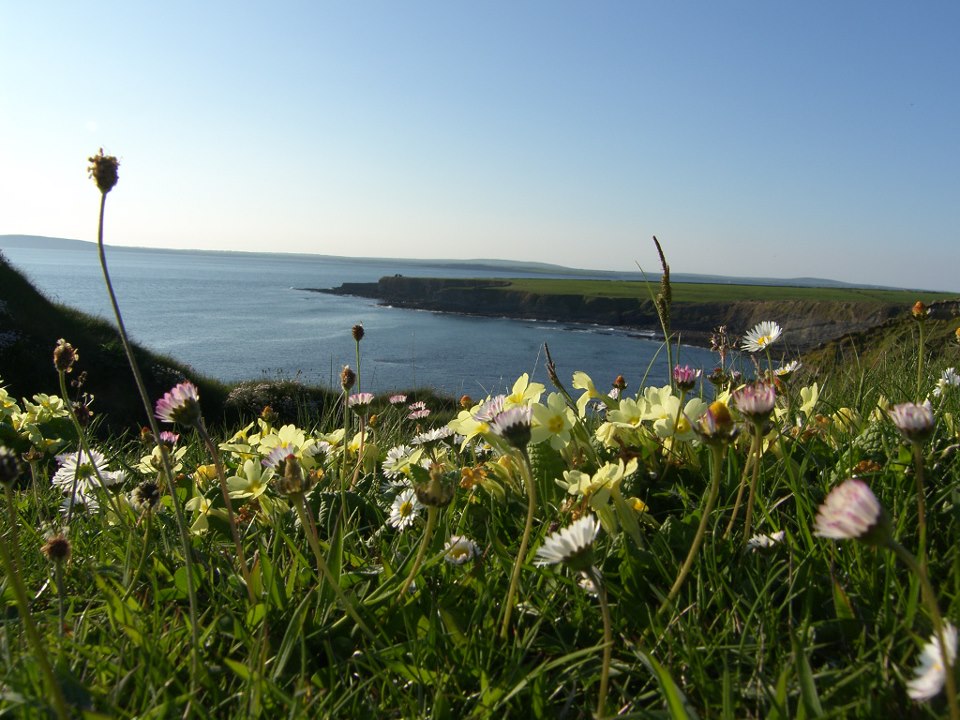 One of the beautiful North Kerry walks at any time of year is that along by Bromore Cliffs in Ballybunion. My Facebook friend in Ballybunion Sea Angling took these lovely photos of primroses, daisies, seapinks and vetch last week. We, in North Kerry are so, so blessed.

” A hundred beggars gathered as usual around the carriage. What was new to me were the small wooden bowls on long sticks which they passed into the carriage like collection bags to reach the solicited pennies more comfortably.”

I read this in an article by Manchán Magan who is descended from the O’Rahilly family of The Square Listowel. Manchán is himself a travel writer and was warning any keyboard warriors who might be tempted to post a bad review on Tripadviser to consider how it might look in 200 years time.

Philip Nemnich wrote this about The Liberties area of Dublin in1806

“The condition of the houses and streets is indescribably revolting; both assail the nostrils and the eye in the most obnoxious manner by their filth. But what exceeds all this are the people who inhabit them. More hideous creatures are hardly imaginable either in phsyiognomy or dress, which I do not dare to describe.”‘

Manchán says that these accounts were “not meant to belittle us, but to express outrage at what the English had done to us.” They make for difficult reading even from a distance of 200 years. 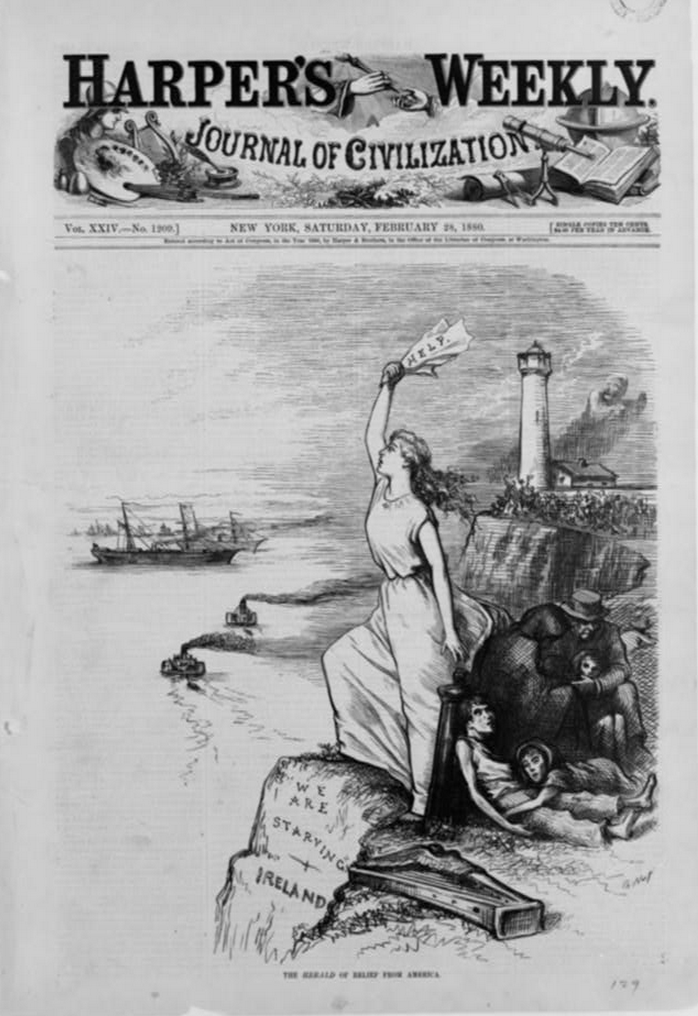 The very poignant cover of Harpers Weekly 1850; Mother Ireland sheltering her hungry children as she waves a banner that says “Help us, we are starving.” The coffin ships carrying the “lucky” ones are steaming away from the shore and in the background we can see the ghostly figure of death hovering over the hoards of misfortunate souls waiting for rescue. I notice that the harp is cast aside. It is said that during The Famine “even the birds were silent.”

In the Limerick Workhouse
in 1906, the weekly diet for an Infirm Male was:

For breakfast each day:

For dinner on a Sunday,
Tuesday, Thursday:

For dinner on Monday,
Wednesday, Saturday:

For dinner on Friday:

For supper each day: 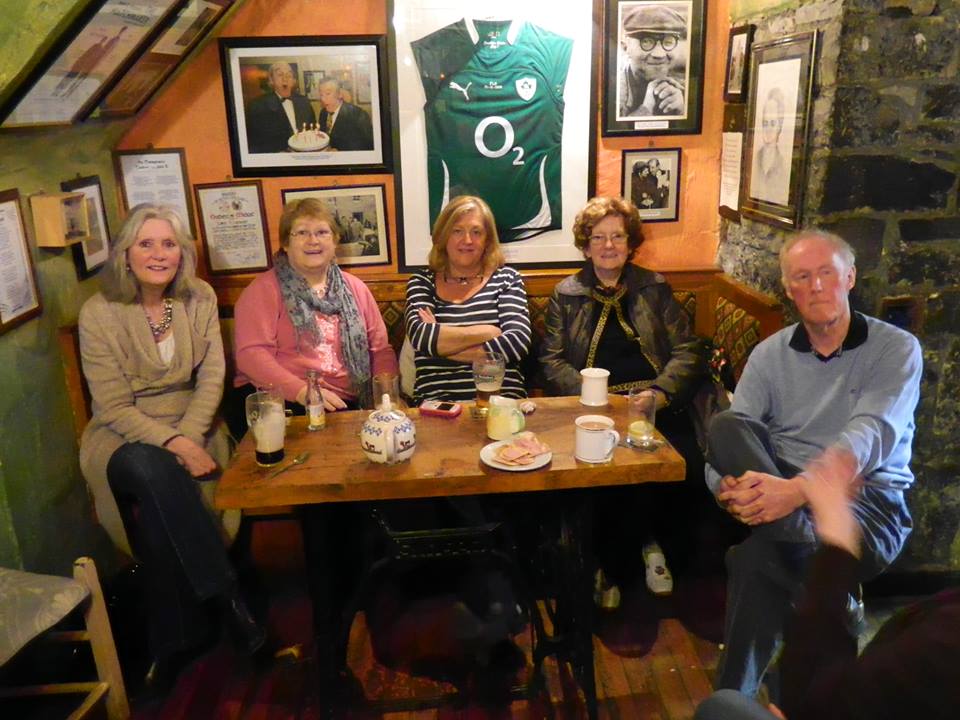 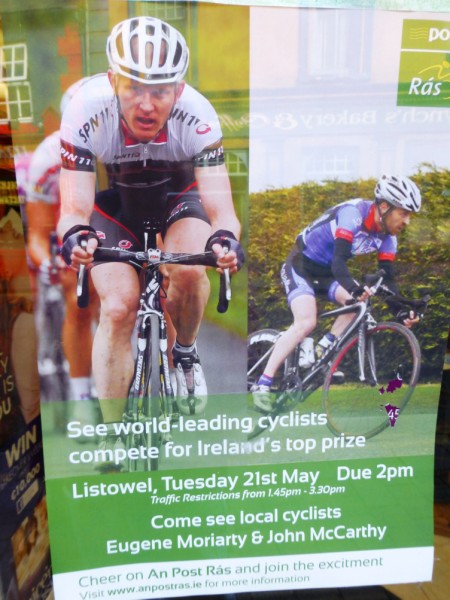 Tomorrow is a big day in town as An Rás finishes in Market Street around 2.00p.m. In preparation for the event, shopkeepers and school children have been decorating the town. 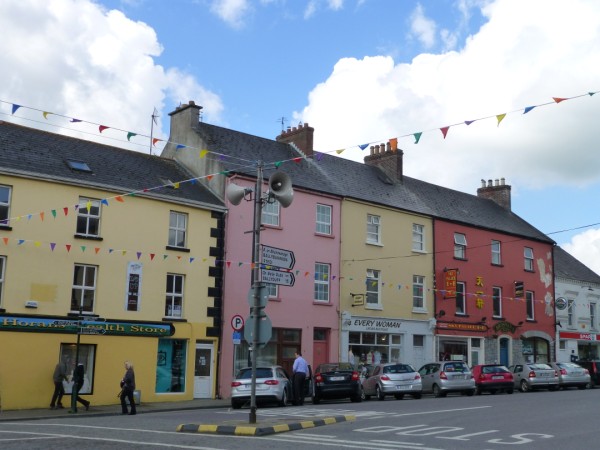 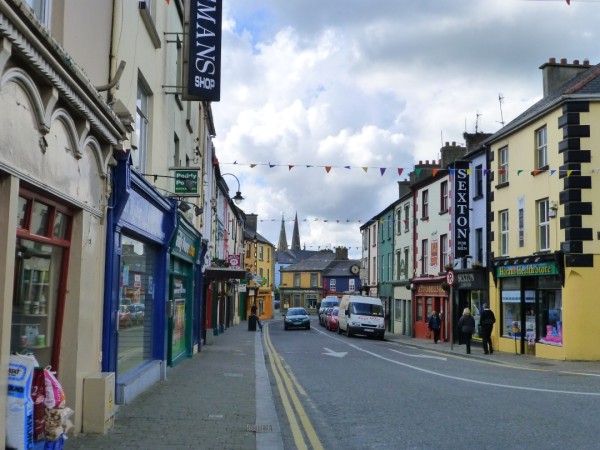 The bunting is up all over town 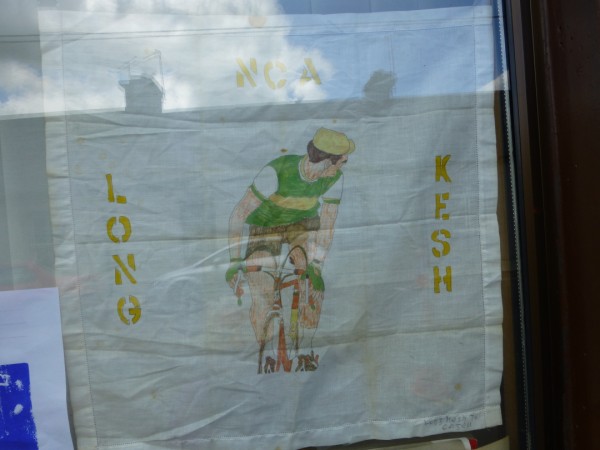 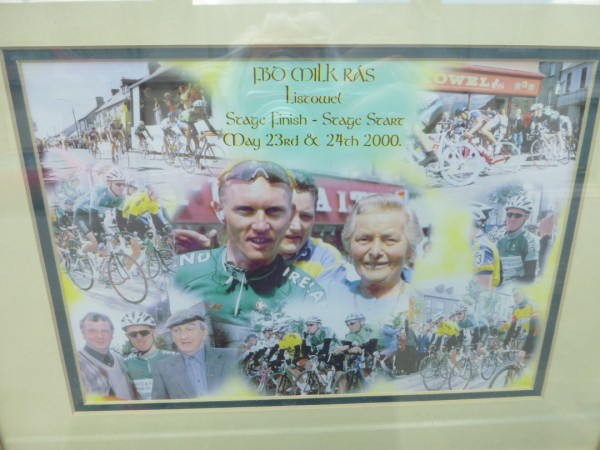 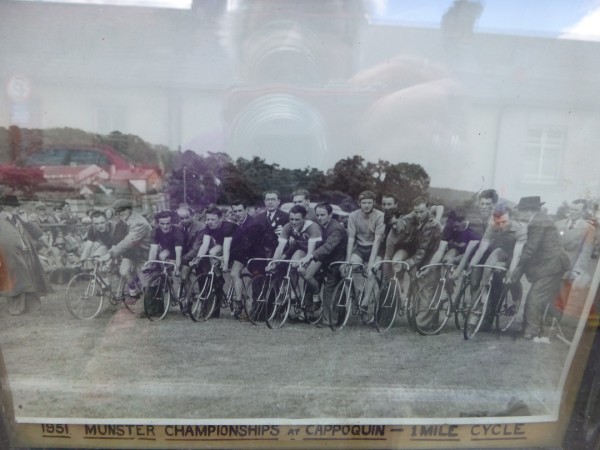 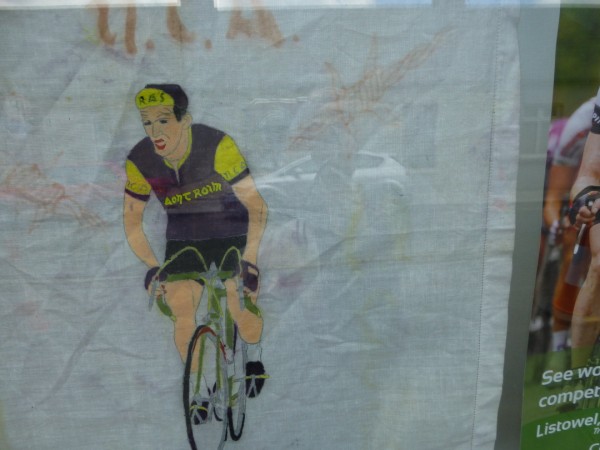 The above are on the window of Sean Moriarty’s house in Charles Street. 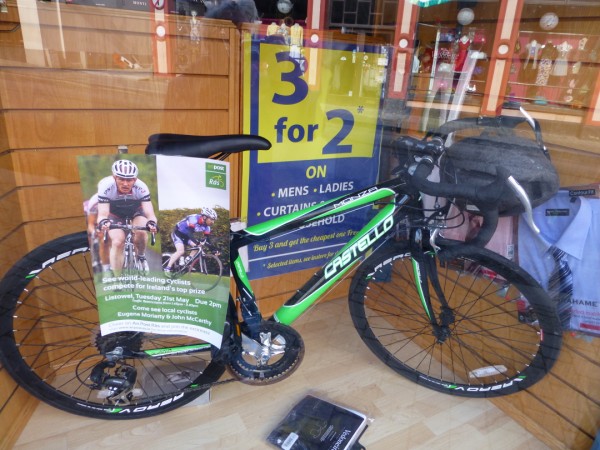 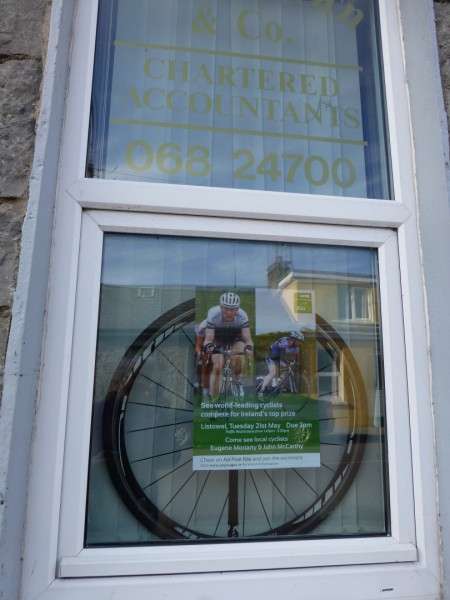 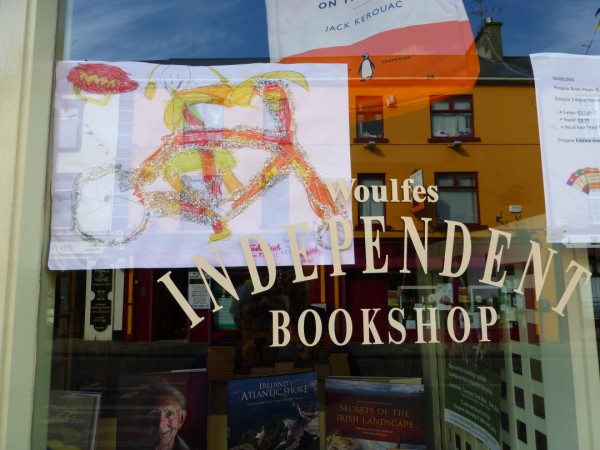 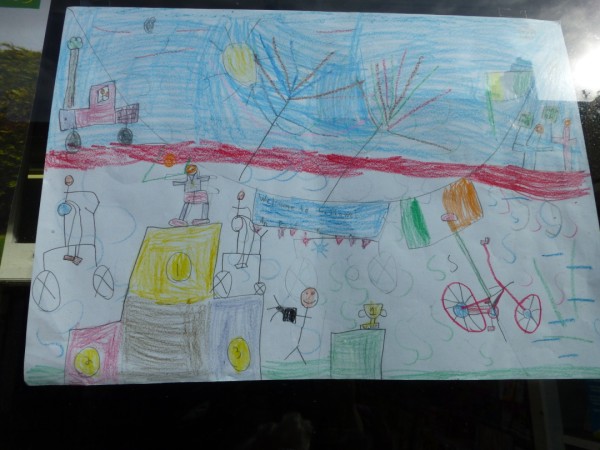 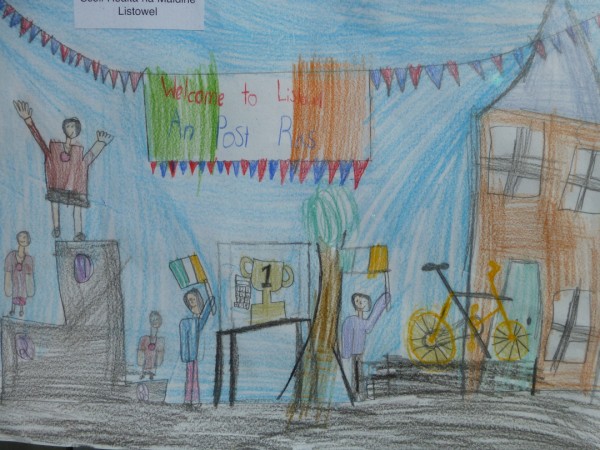 Queen of the May Sunday in Knockanure from Jer.