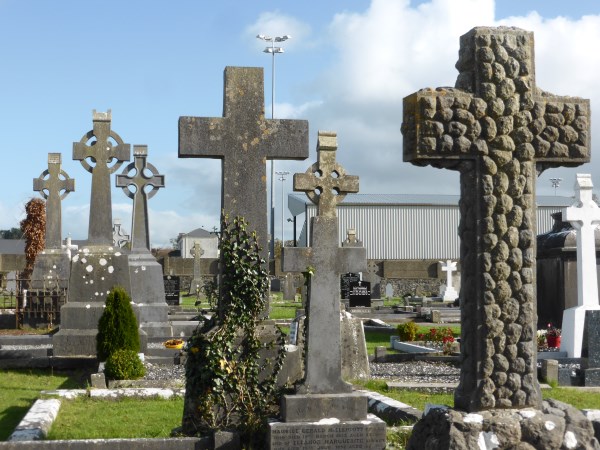 November was traditionally the time when we remembered our loved ones who have gone before us. The early days of November were spent visiting graveyards and churches and gaining indulgences to free our departed loved ones from Purgatory.

Somewhere along the years of my lifetime, November morphed into a highlight of this great Ameerican festive season I have seen called HalloThanksXmas.  Instead of the church yard we visit pubs and hostelries and we dress up as ghouls and goblins and our children are persuaded that it is appropriate to go out in the neighborhood begging for sweets.

I celebrated Halloween in Cork with my family so I’m depending on Facebook for images of October 31 2015 in Listowel. 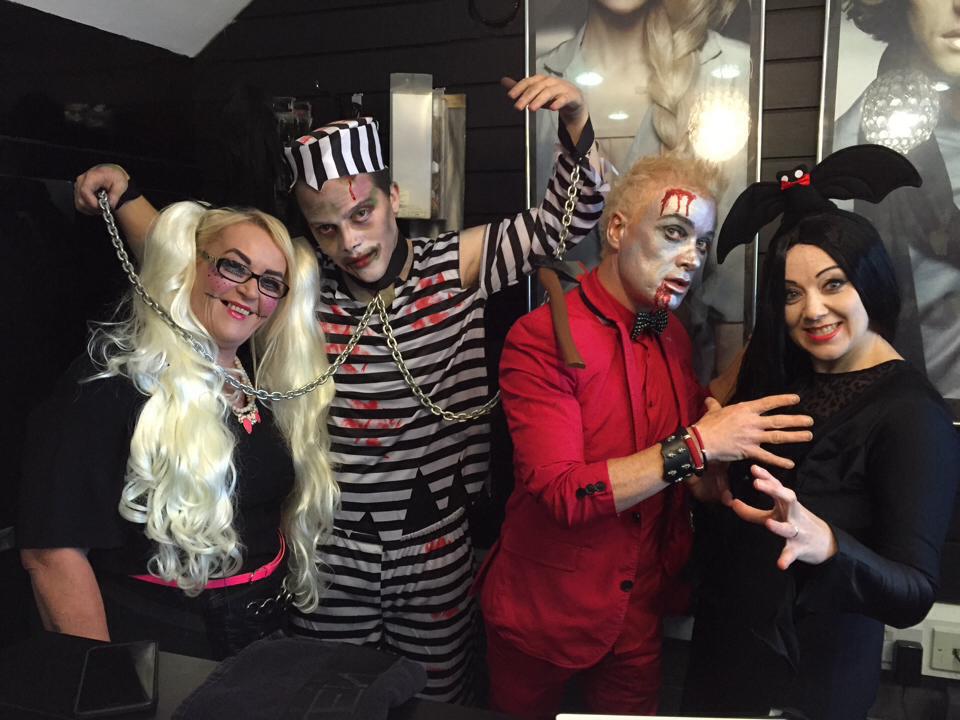 Changes was a ghoulish spooky place to be. 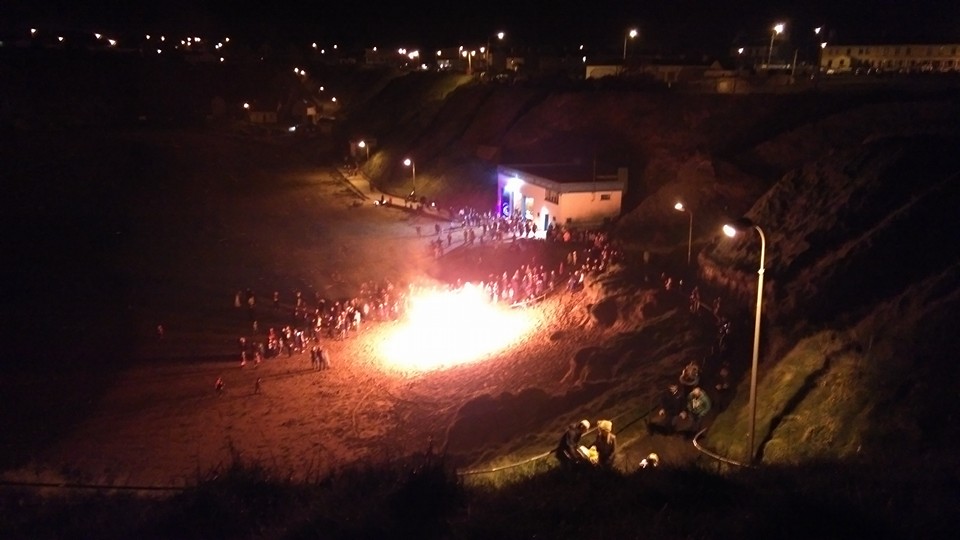 They had a bonfire on the beach in Ballybunion. 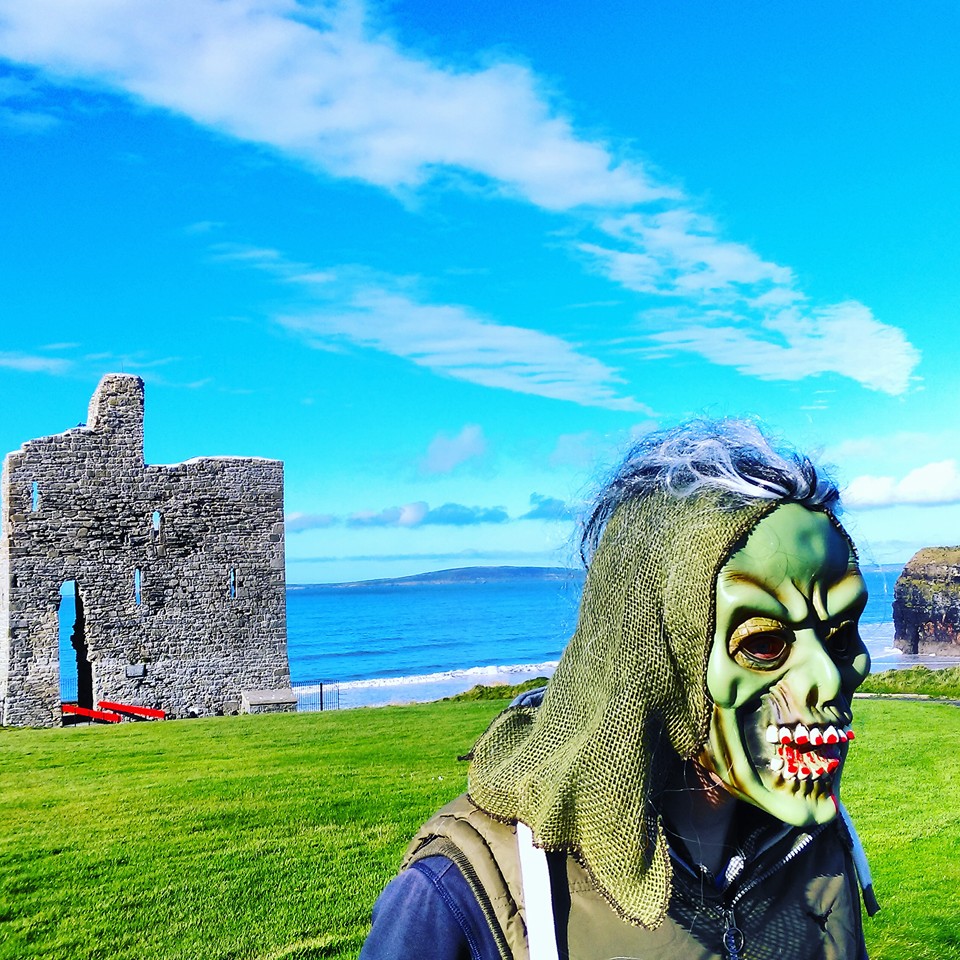 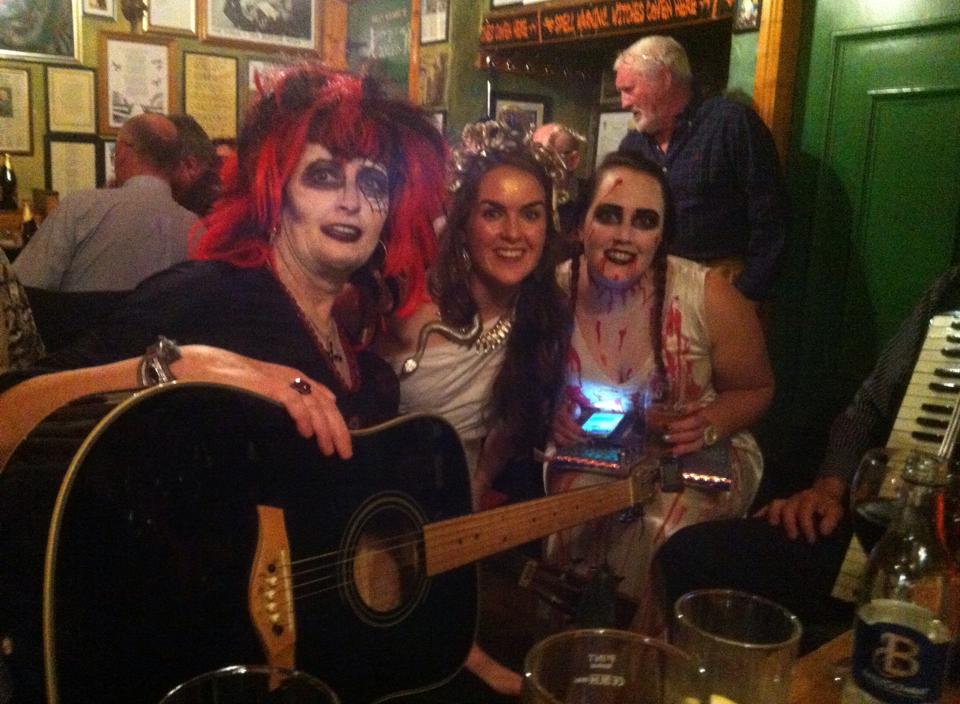 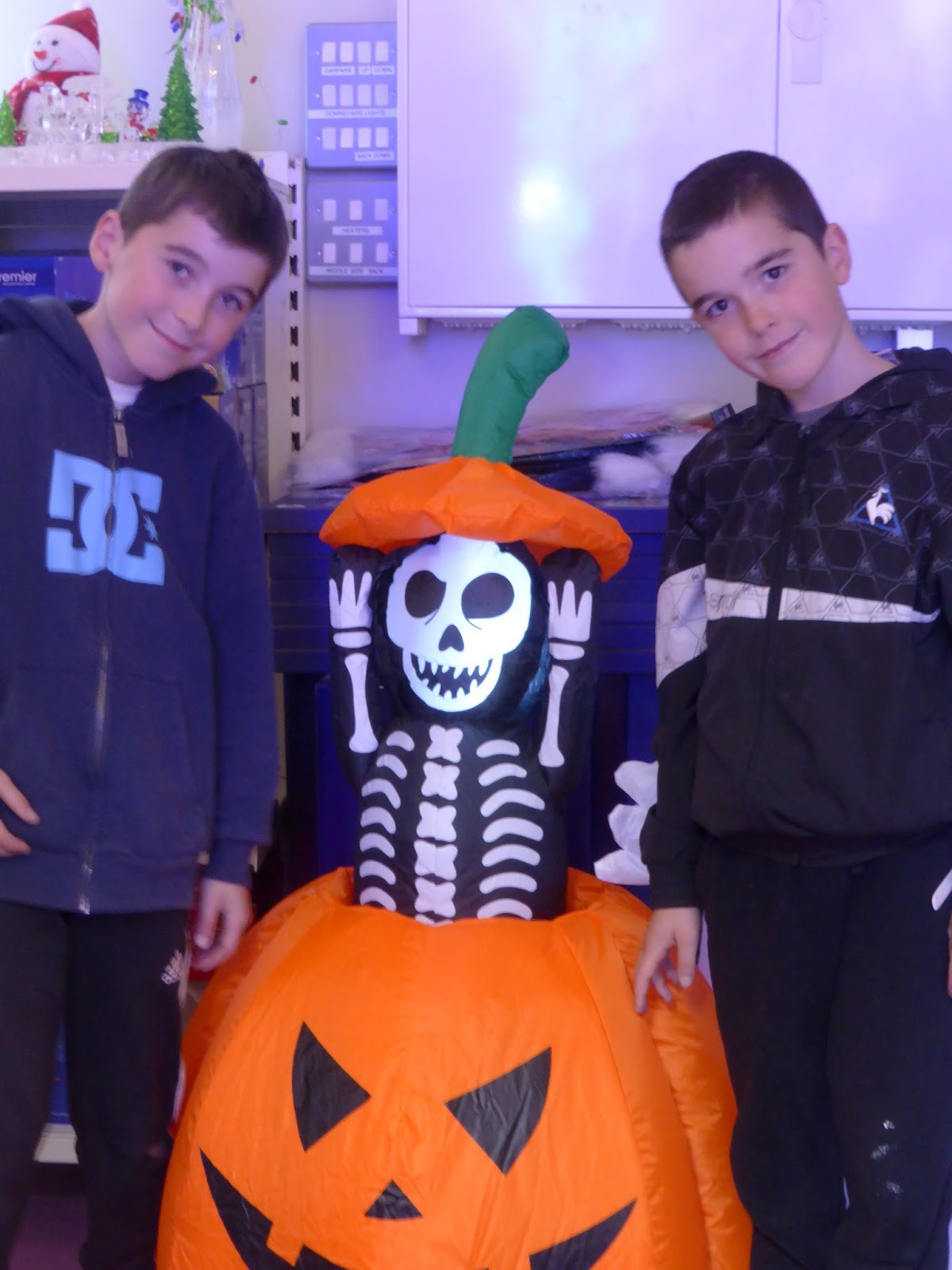 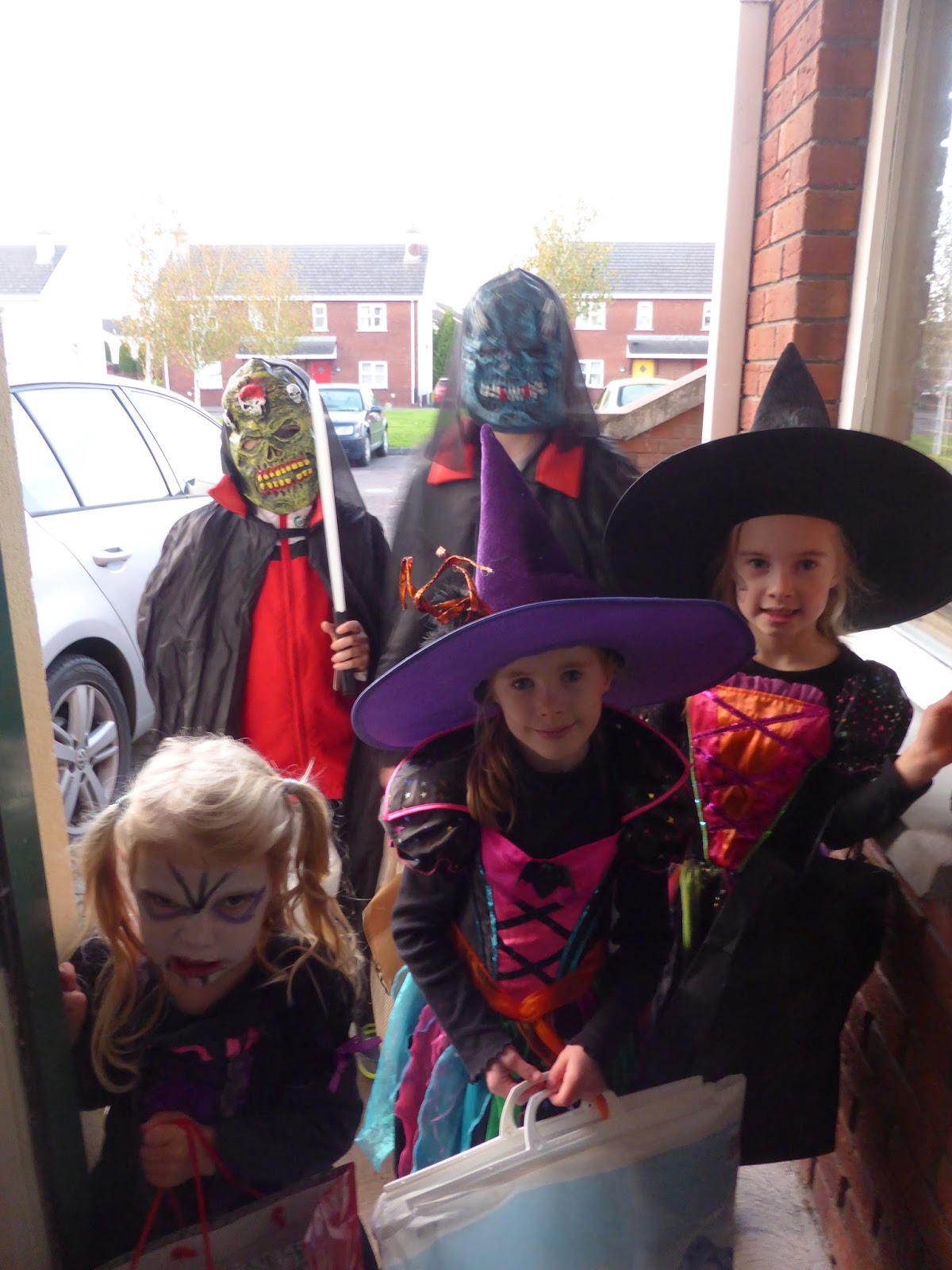 My little Trick or Treaters

In Cork the highlight of the festival is the Dragon of Shandon Parade. This is the work of Cork Community Arts and this year for the first time the parade came down from Shandon and onto the North Main Street area. I was there and here are a  few photos of the marvellous floats and paraders. 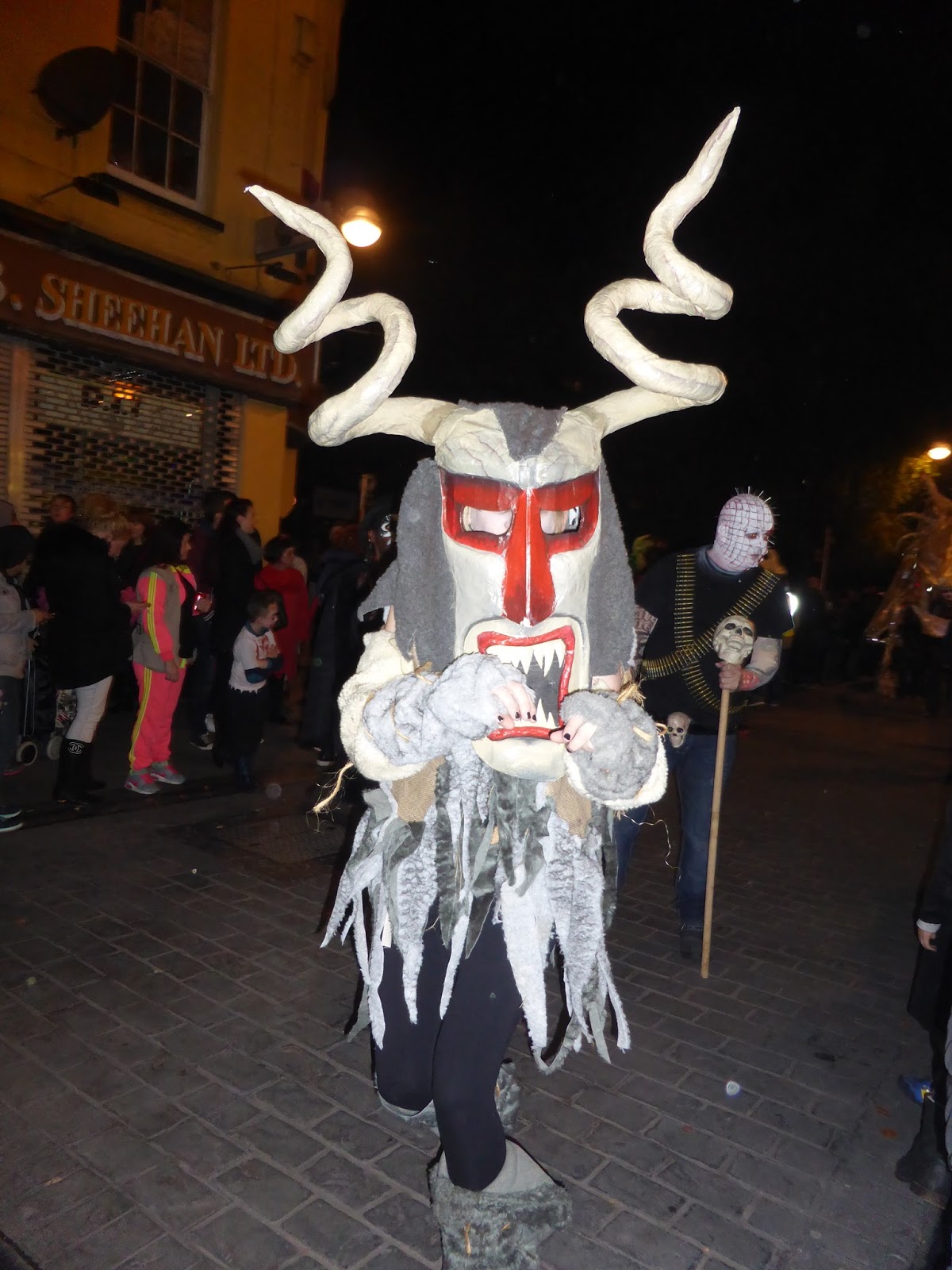 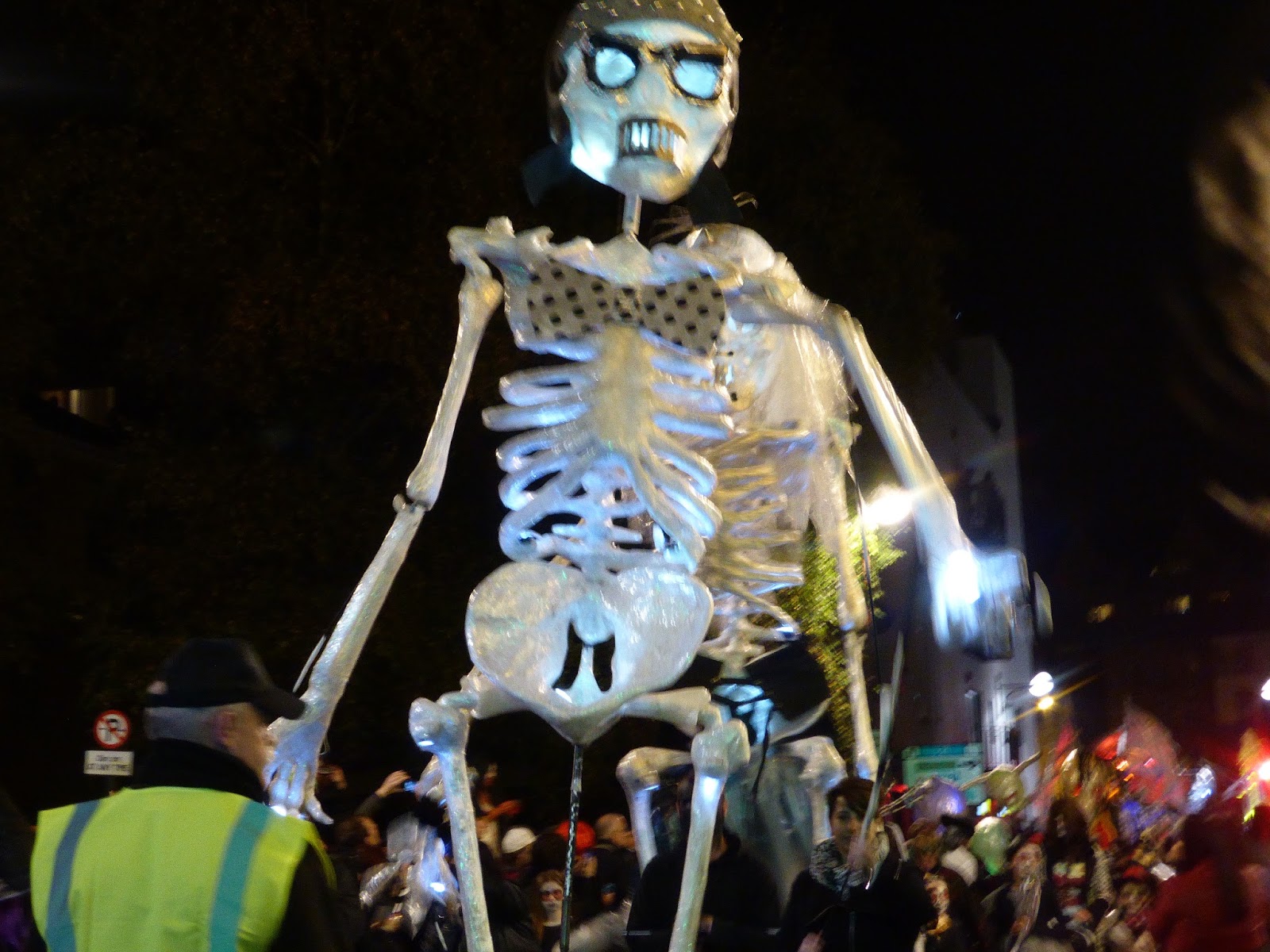 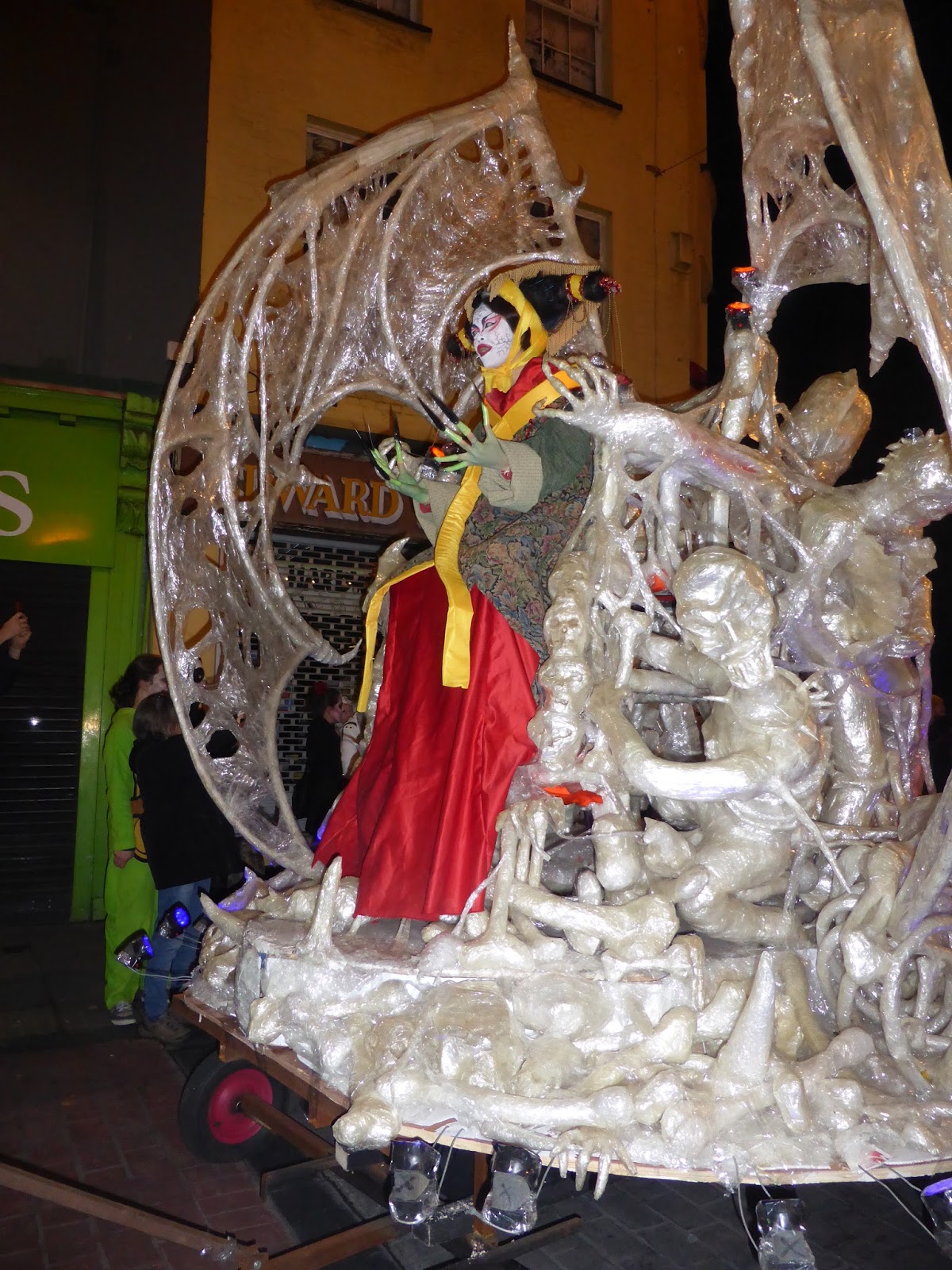 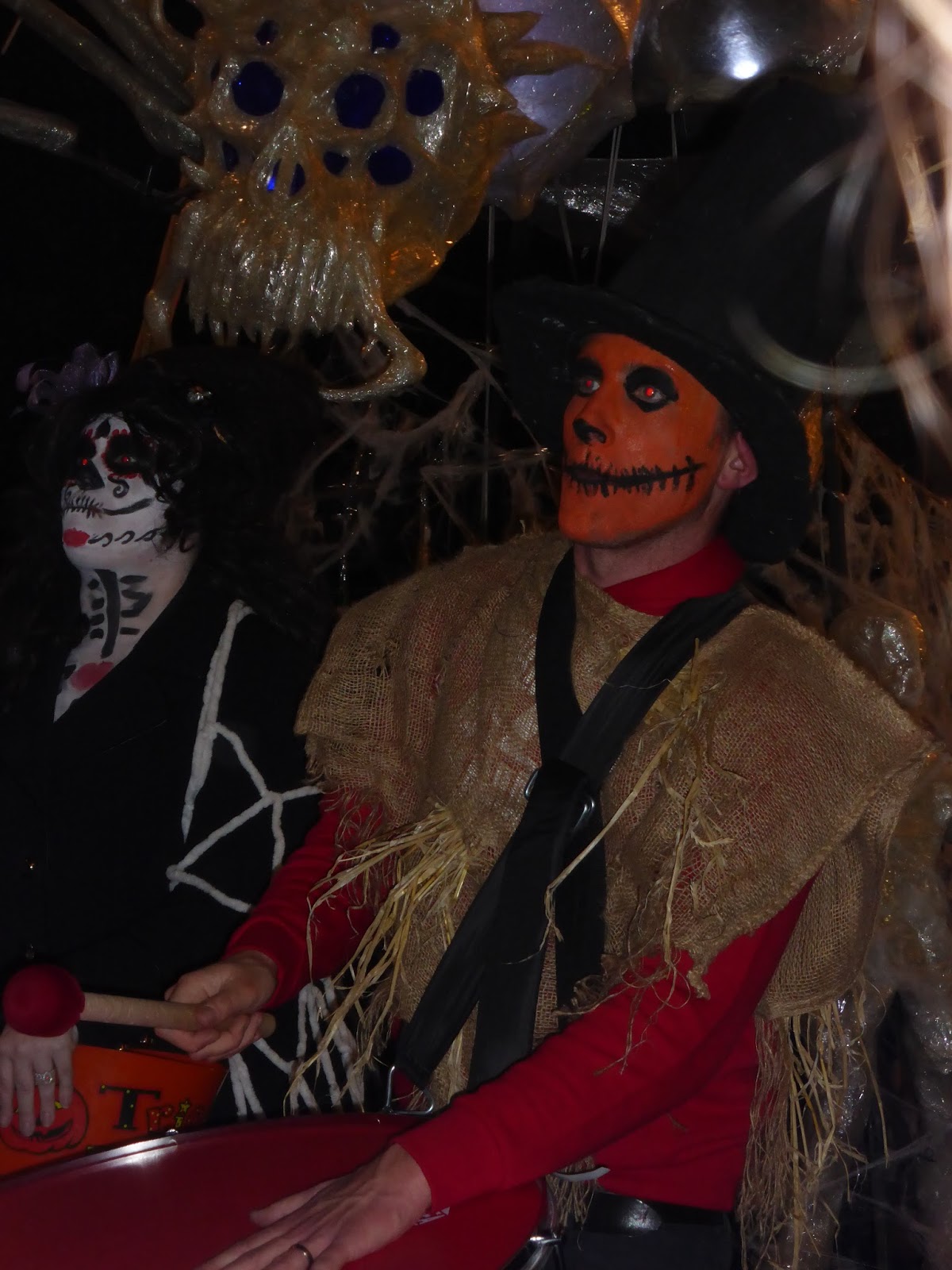 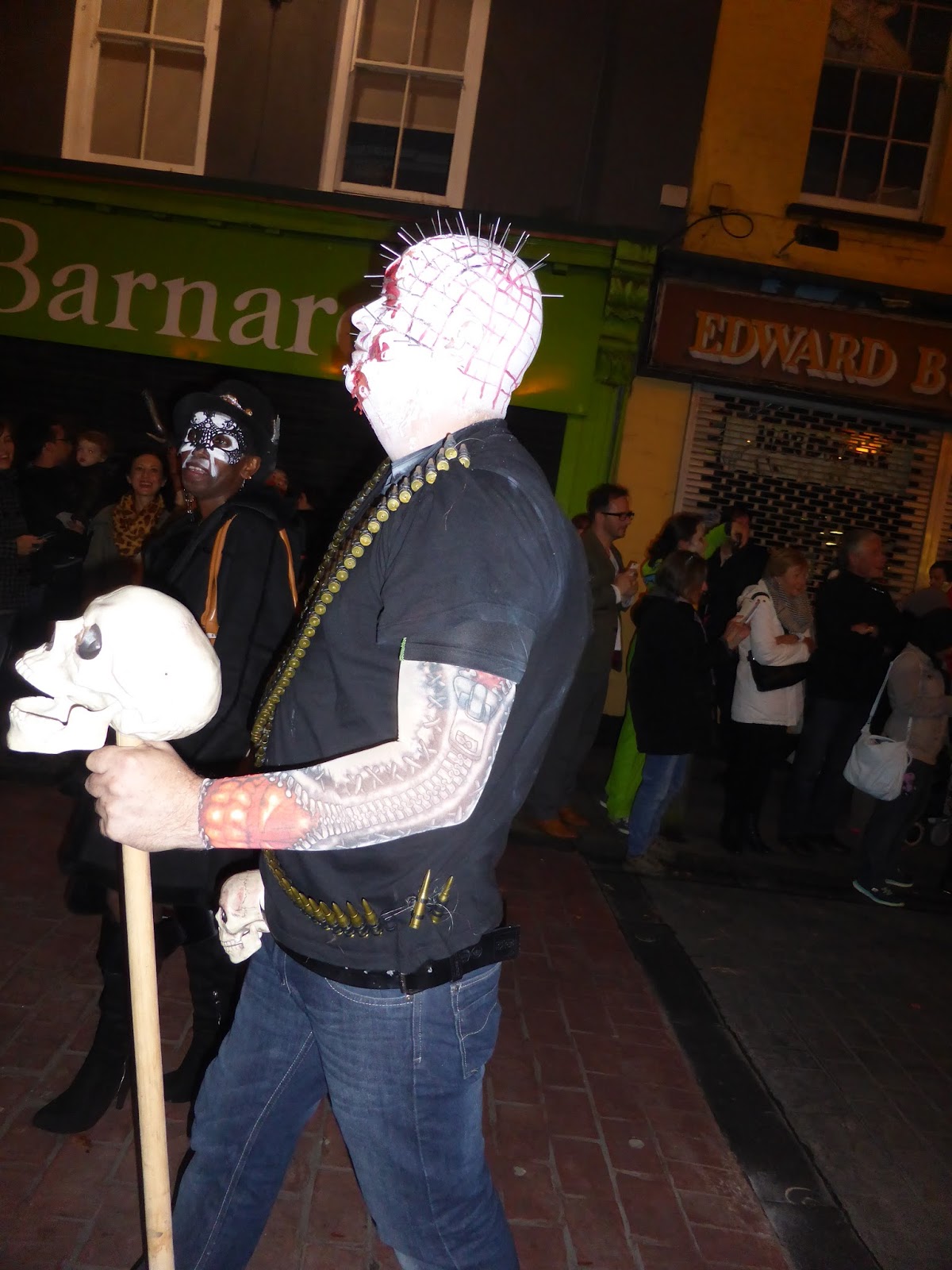 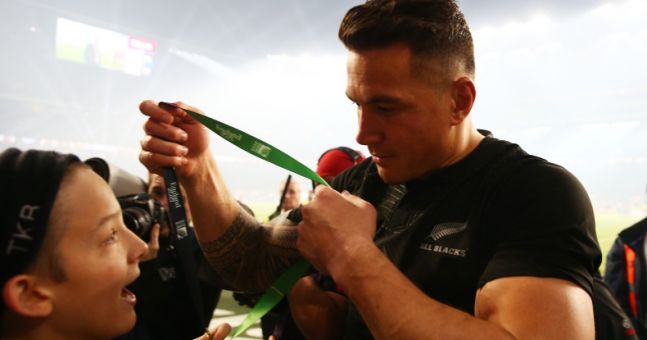 When all the tries and all the penalties and even all the refereeing errors are forgotten, this image of Rugby World Cup 2015 will live on. It embodies all that is best in sport. It is a celebration of the sportsman’s appreciation of the fan.

If you are reading this from under your stone or way into the future you may not know what I am talking about. This is the moment when the great New Zealand player, Sonny Bill Williams gifted the World Cup medal he had only received minutes before to an overenthusiastic fan. In his post match euphoria the boy had raced past the security man to congratulate his hero. The security man had a bit of rugby training himself and he tackled the young fan to the ground. Sonny Bill picked him up, dusted him off and posed with him for the photographers. Then, in a spontaneous gesture, he took the medal from around his neck and gave it to the stupefied young fan.

Take a look at the video, Alma Rugby.  Watch to the end and you will see just how much this gesture meant to this young fan.

Now I promised a Listowel connection.  Well, it is actually very tenuous as  connections sometimes are. 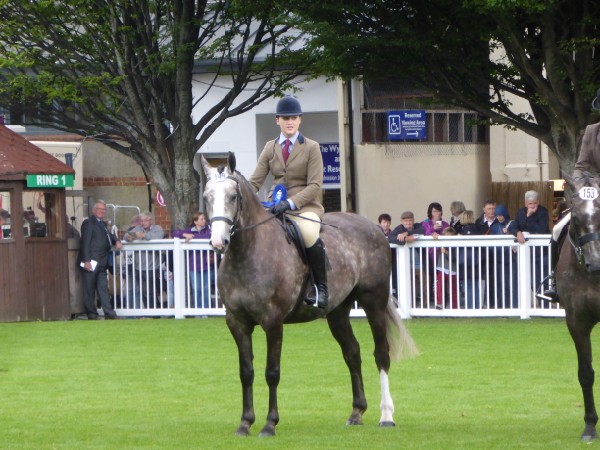 Remember this lad at the RDS? He too is called Sonny Bill.

And yes, he is named after the great Sonny Bill Williams.

His owners as well as being horse mad are also rugby mad.

On Sunday I was at mass in The Church of St. Mary and St. John in Ballincollig. As I waited for mass to begin I was sitting in my pew minding my own business and reading the parish newsletter. They are losing their curate, Fr. Dave O’Connell to Barryroe and in his place they are getting Fr. Cian O’Sullivan. As I was perusing this and other Ballincollig snippets, I feel a tap on my shoulder. It is the man in the seat behind. He is offering me his glasses wipe. He has cleaned his own glasses with it and he feels it is a shame to throw it away after only cleaning one pair of specs.

Thanks to him I was seeing everything extra clearly for the rest of Sunday. Thank you, stranger.

Rut in Killarney National Park, County Show and a rising star in the world of Digital Marketing