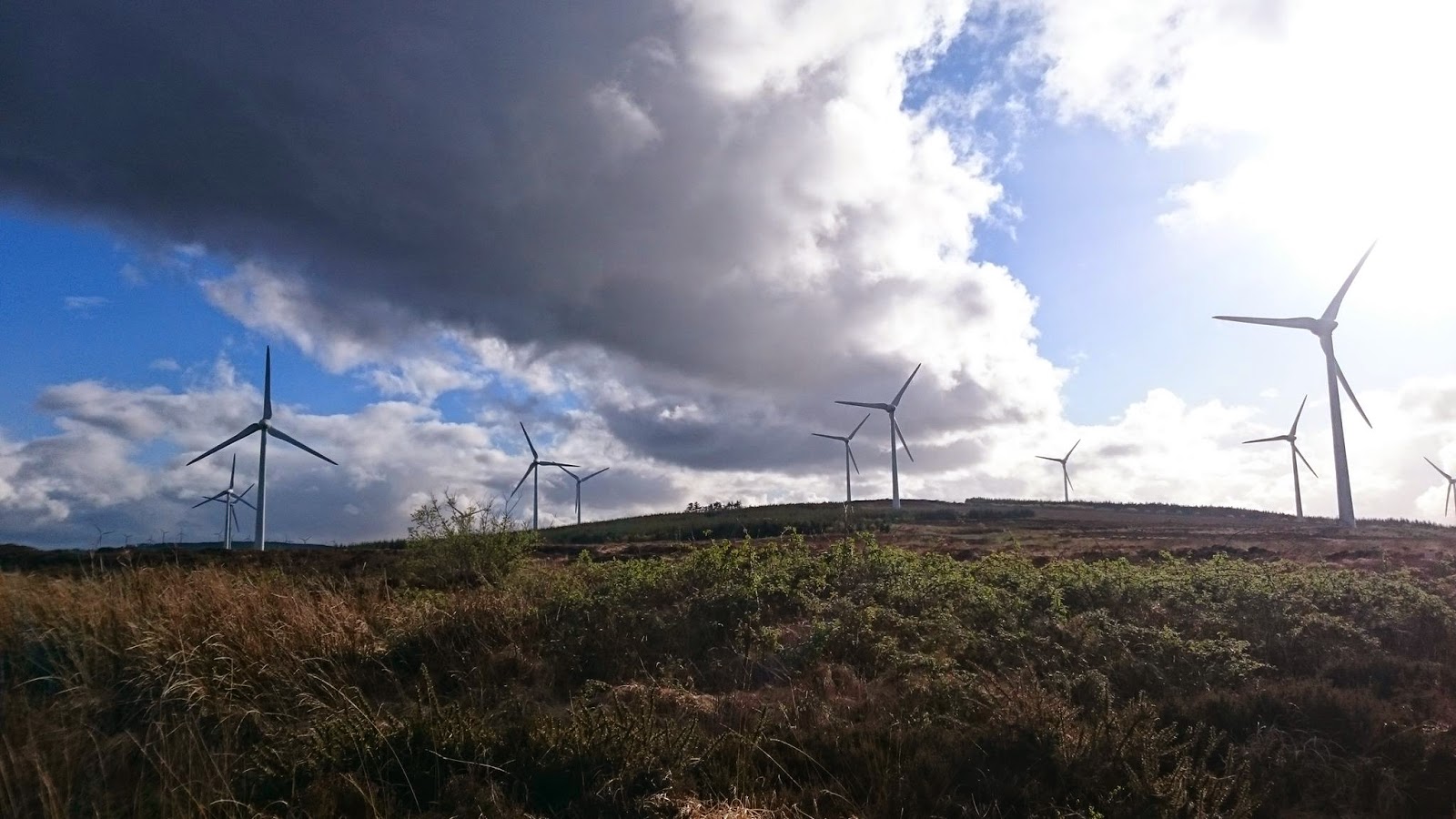 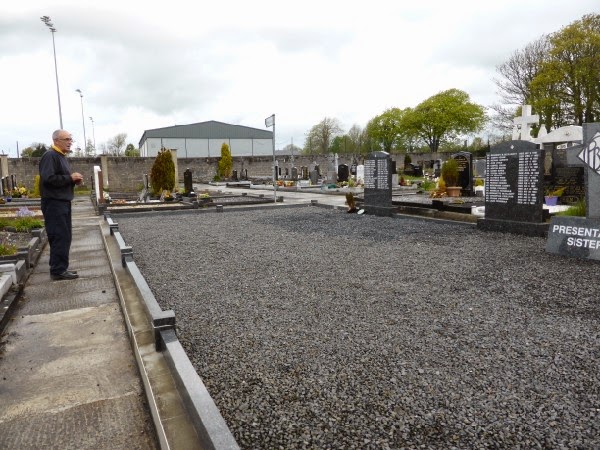 I was in St. Michael’s Graveyard on Sunday May 3 2015. I was absolutely thrilled to see that the headstones which were smashed in the storm of February 2014 have been replaced. The gentleman in my photo is Jim Buckley from Behins and he told me that when he is in the graveyard tending to his family grave he pops by and removes any litter or weeds from the nuns’ plot. Isn’t that kind? 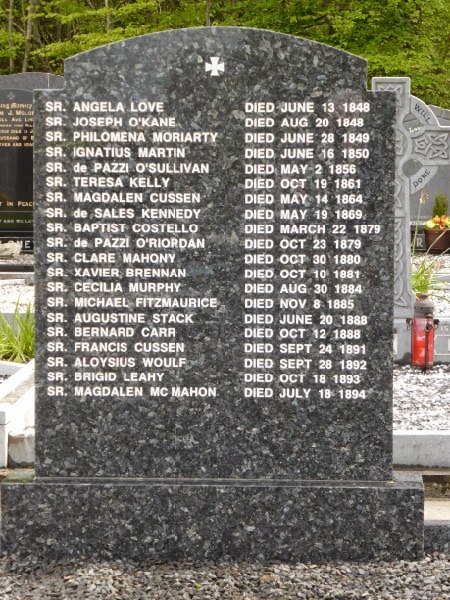 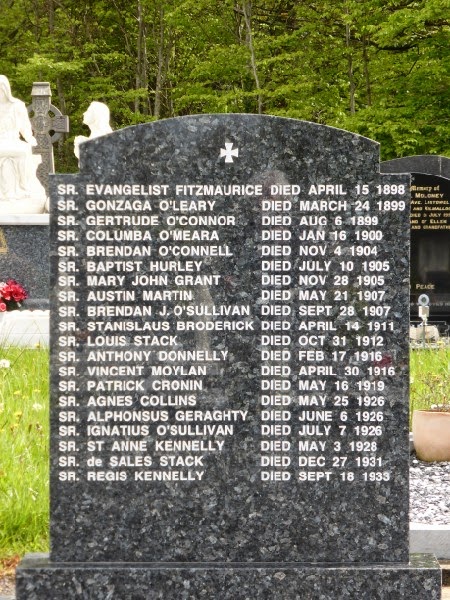 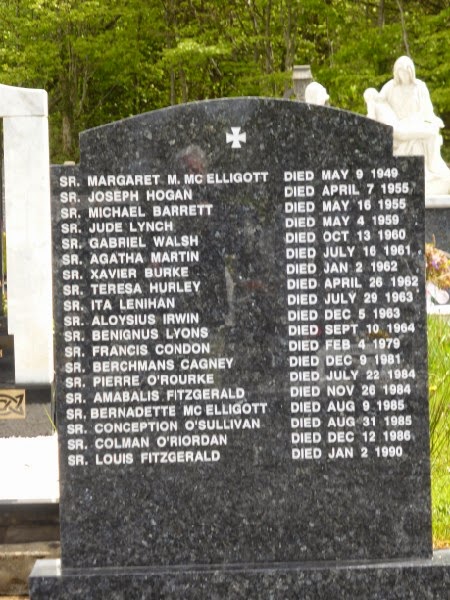 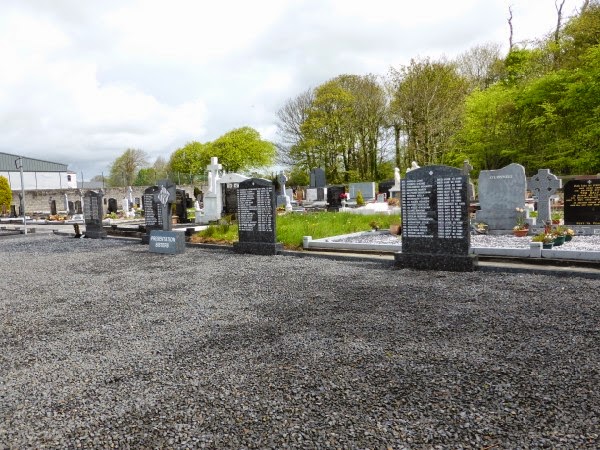 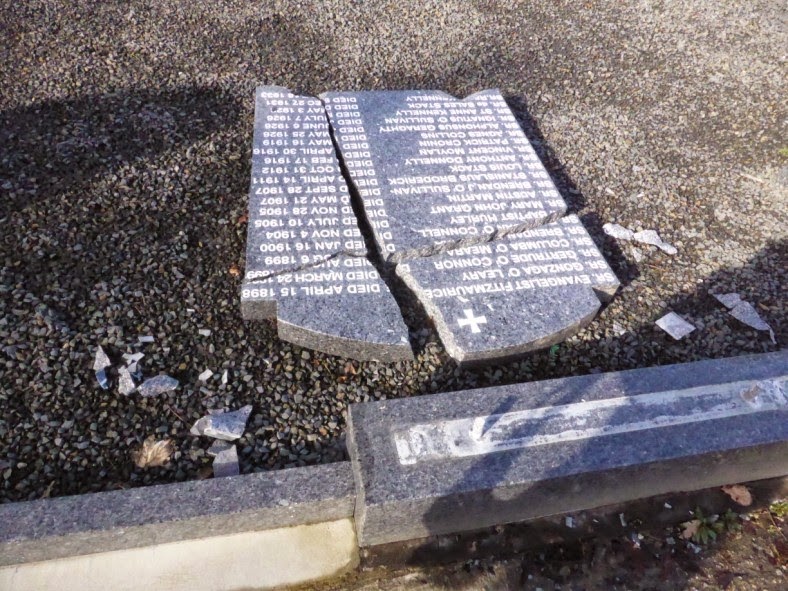 This is one of the smashed headstones in March 2014 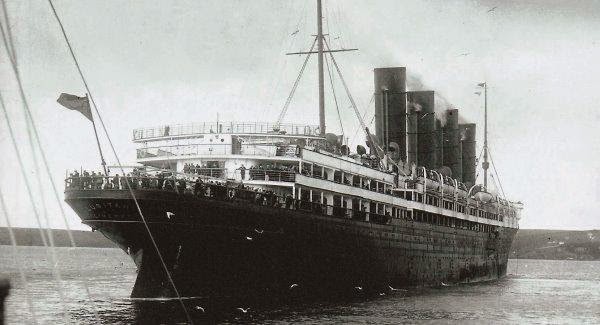 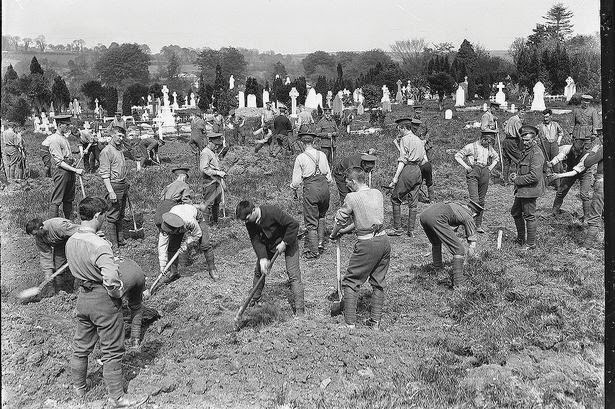 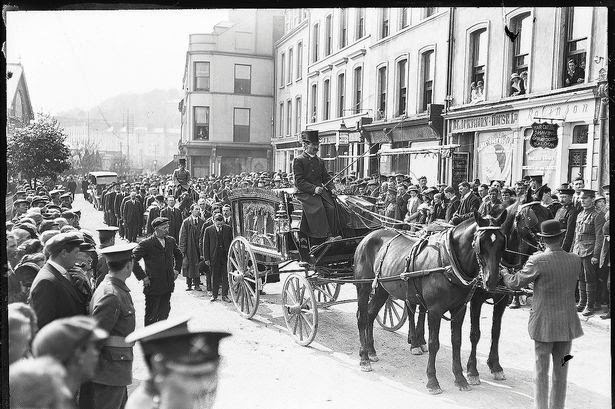 These  photographs from the National Library Collection are part of exhibition of photographs currently on display in Cobh. They depict two scenes from the  Cork town in May 2015. The middle picture is of local men digging graves for the 145 victims of the sinking who were never identified or named and below is their funeral procession.

It is generally agreed that this atrocity was utterly avoidable and a similar result, i.e; jolting the U.S. into the war  and recruiting at home could have been achieved without so much loss of innocent lives. 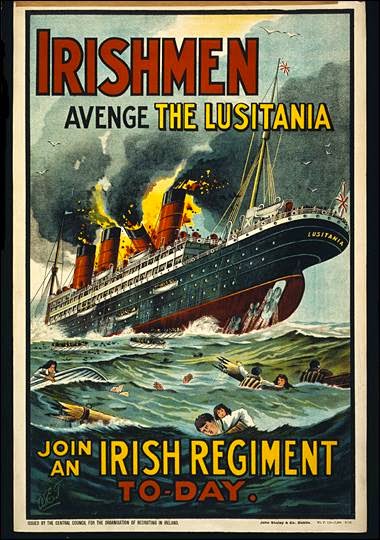 The Lusitania was a British passenger ship but it was also carrying munitions so the German UBoats torpedoed it as a legitimate target. Almost 1,200 lives were lost, some of them US citizens. Cobh opened its doors to the shocked and dazed survivors and the story of the rescue and recovery mission is etched into the folk memory of people of the towns of Queenstown, now Cobh, Coutmacsharry and other villages along the south coast forever. Bodies were washed up all along the south coast and westwards as far as Mayo.

Do you remember how I went to the Tralee Archive to read some of the submissions to the Folklore Commission’s school’s project in 1937. Now I have great news for you. You don’t have to go to Tralee. It’s all on line Here 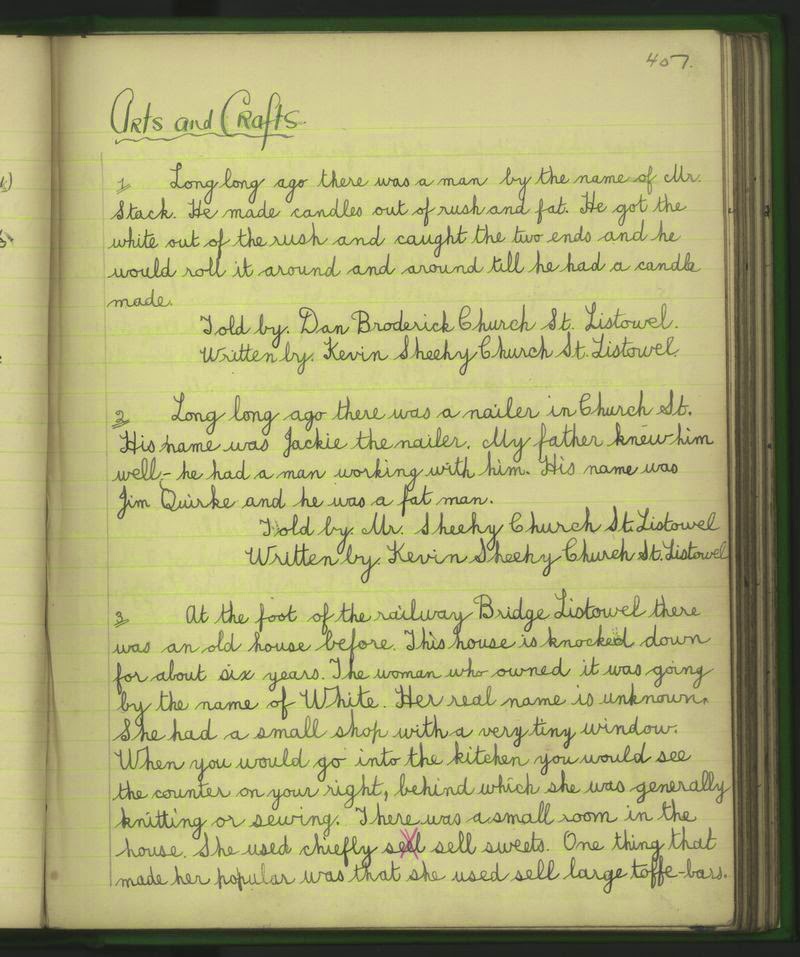 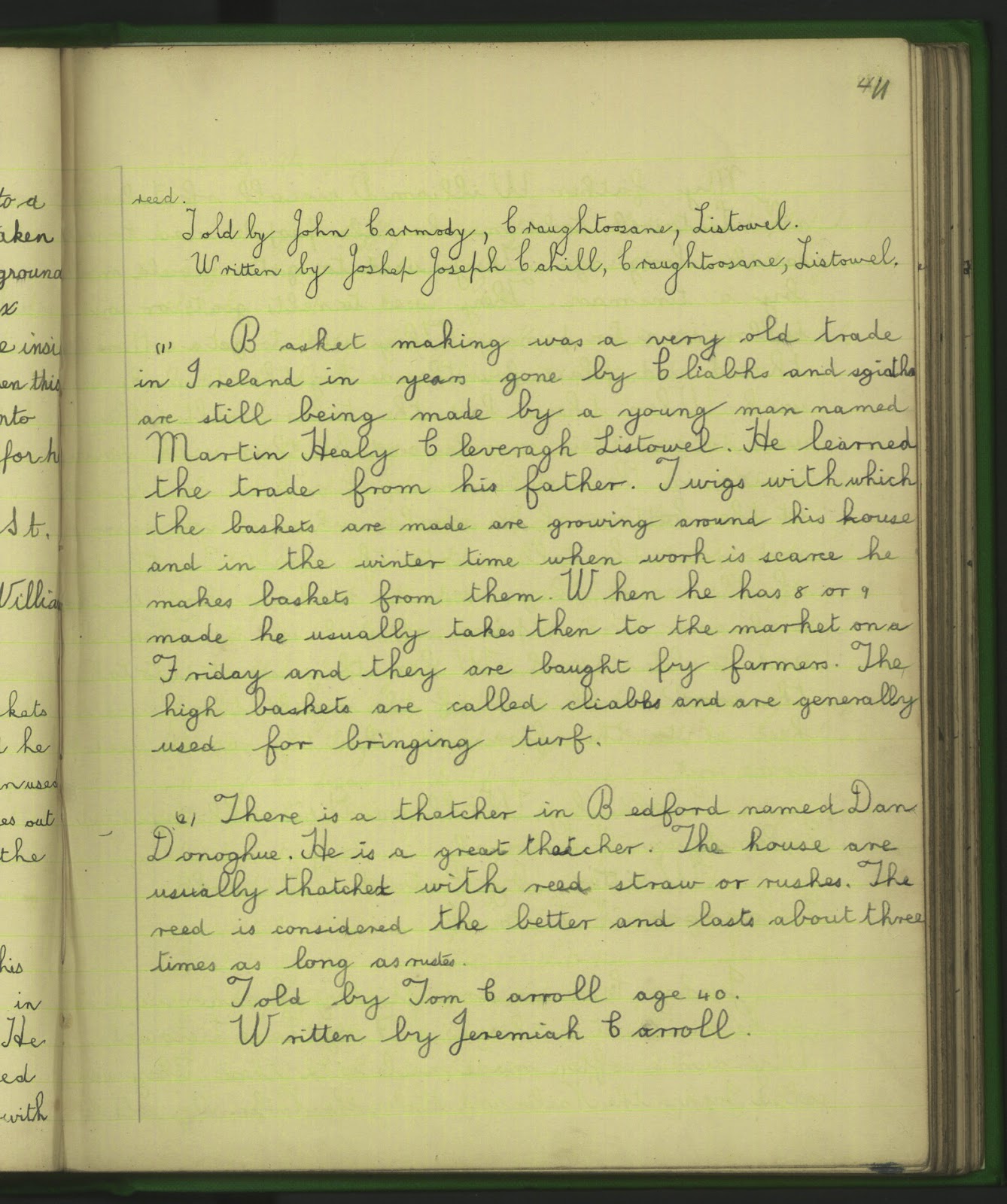 This event in Tralee on Sunday May 10 2015 was a complete wash out. I braved the deluge to photograph my niece’s lovely horse, Sonny Bill, who was having his first outing to a show. He did really well, considering the conditions, pelting rain, colorful umbrellas all round and one man even led 2 dogs by the ring. Sonny Bill watched everything, took notice of all these new sights but stayed calm and looked regal. He will go places yet! 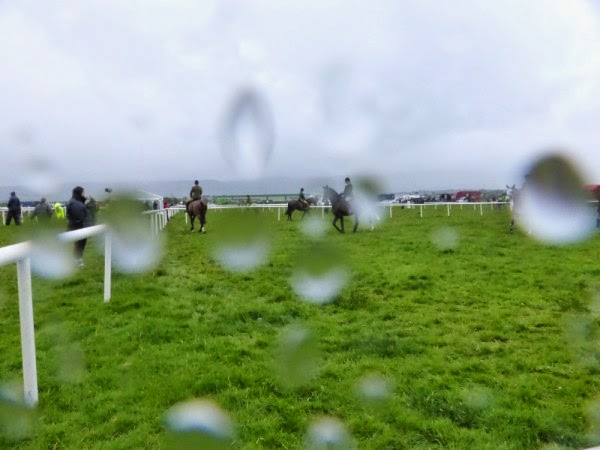 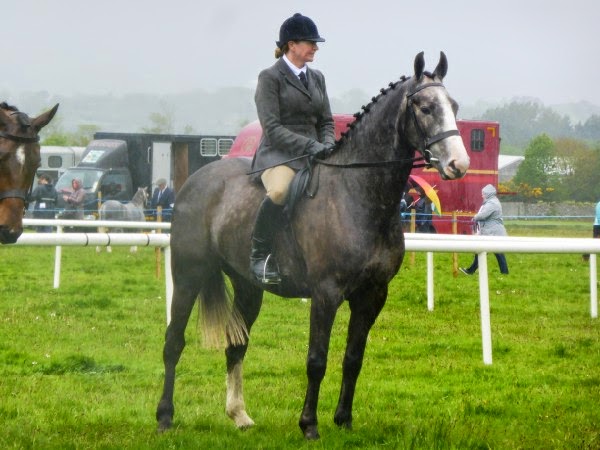 The handsome, Sonny Bill enjoying his first big day in the spotlight. 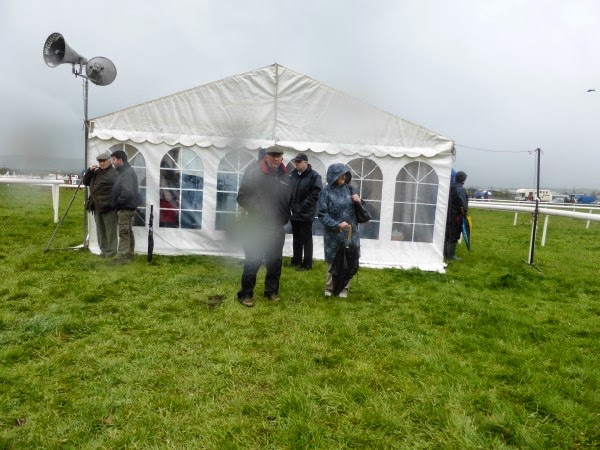 His supporters braving the downpour to watch him. 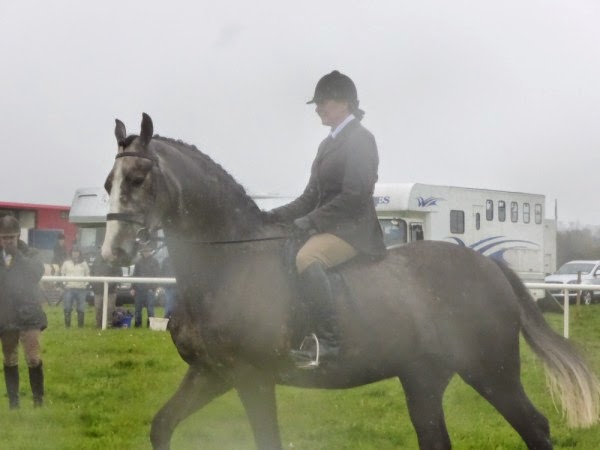 One of the most nerve racking parts for the owner is the element of the judging where the judge rides your horse. He has to canter and trot in response to the judges prompt. Sonny Bill did really well on his first go.  He thoroughly enjoyed his day out. On now to Bandon next week. His season is launched and he will go on now to success in more shows throughout the summer.

Veterans’ Parade, Listowel Pitch and Putt, 2007 telethon and crafts and baking at The Kingdom County Fair 2015