Maria Sham grew up in O’Connell’s Avenue. Her father was Timmy Canty who worked in the creamery. Maria has fond memories of her old home, her family and neighbours in Listowel. She rooted out a few old photos. 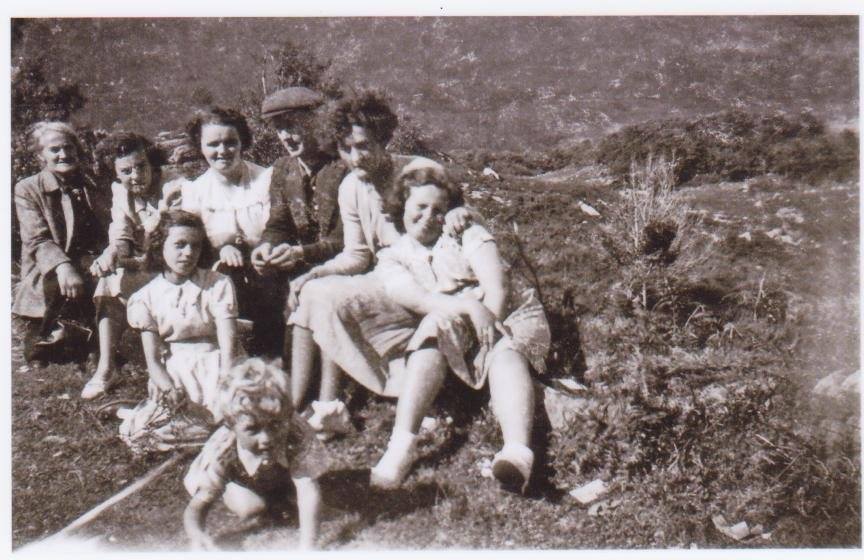 This is a Listowel group on an outing in Killarney. Maria thinks that the man was a driver from Malone’s on Church St. Maria is sitting on the grass with the ribbon in her hair . 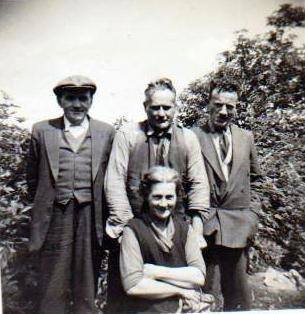 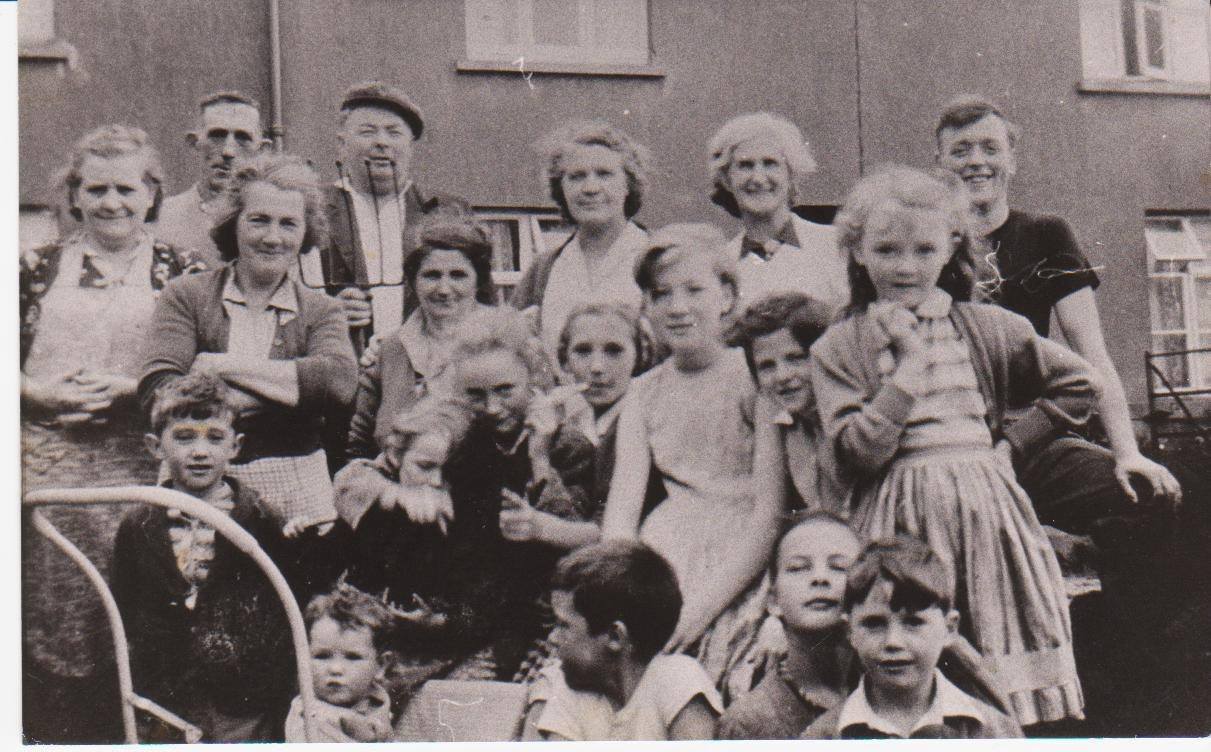 Friends and neighbours in O’Connell’s Avenue.

Maria writes:  I am going to name what I can.

next row my Mother, Birdie Canty,next to her woman with dark hair Nan Murphy, children boy on left Andy Hayes, Sheila O’Connor with arm around her sister Marie, Kay Galvin, next is Taig Murphy’s Daughter cant remember the name, then a Flaherty, Breda Woods hollidaying from UK, in the pram might be Mars Fitzmaurice, Junie Canty my Brother,  Noleen Reidy, little boy is Hayes cant remember the first name, lovely Neighbours

Do you remember my Christmas card story from December 22 2015? 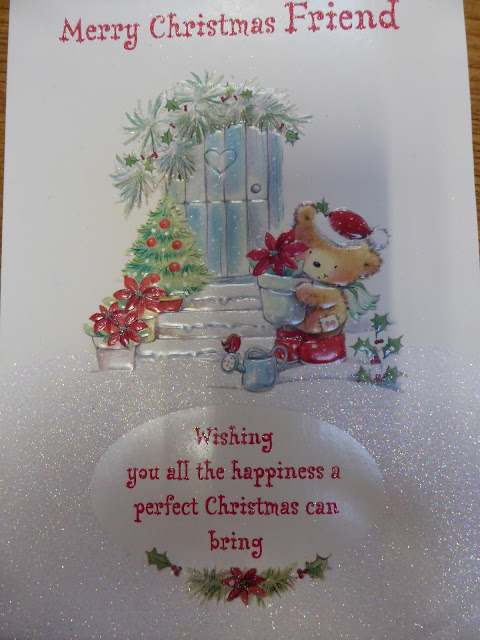 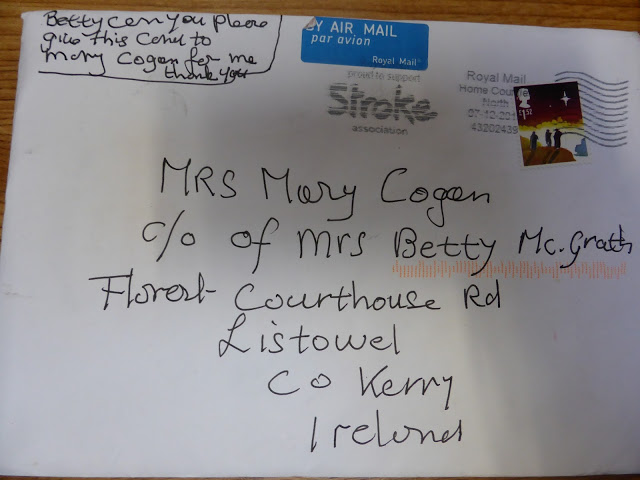 This is the sender, Nancy Kelly, formerly of O’Connell’s Avenue and now living in England. 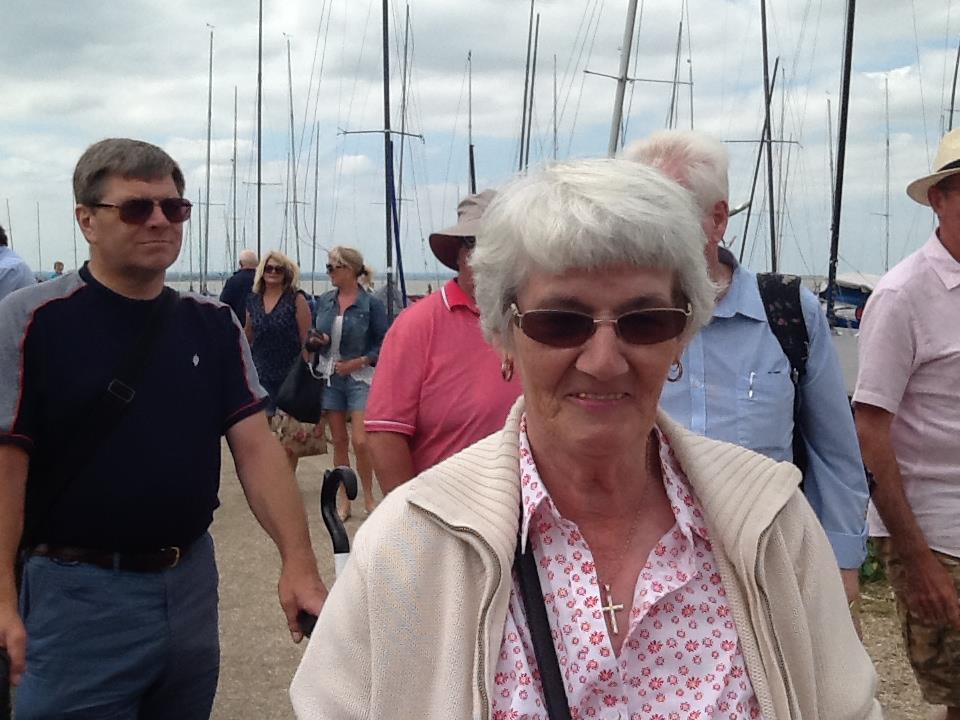 Nancy is legally blind but she loves the internet and particularly Facebook. She likes nothing better than to travel down memory lane to her childhood in Listowel.

Now he had pneumonia,

It was time to go. His doctor insisted,

So did his three daughters.

They hunted out his best clothes-

He hadn’t worn since they’d bought them

Preferring the bunched up woolens

And suit waistcoats. Now he was decked-

Looking more washed out then snow-

Standing for the last time at his door,

Quivering into his walking stick,

The door he’d passed through for forty years

Through which he’d carried shopping bags

And coal and schoolbags and medals and girls.

He saw the hospital up on the hill.

It didn’t have the big extension

Unrelenting in the room behind him.

The ambulance drew up, the attendant got out,

Opening the door on high hinges,

Lowering the trolley, and he heard

He drew himself up, his mouth forming

Slicing the sunlight on the hall floor. “I’m not,”

He said, “leaving here on a stretcher.” 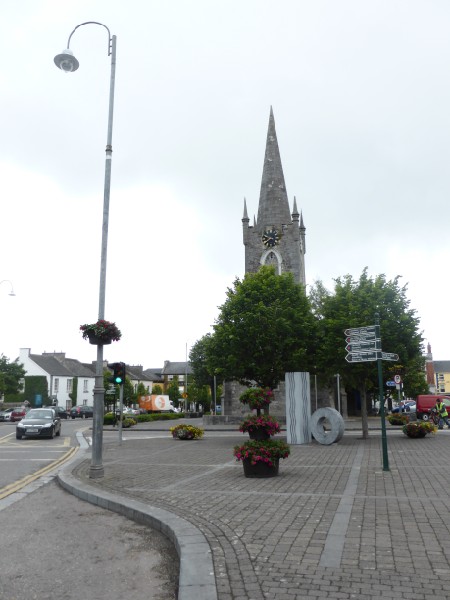 I took this photo in summer. St. John’s is in the background and between the two leafy trees is Tony O’Callaghan’s Feale sculpture.

Notices from the Parish Newsletter

LISTOWEL
FAMILY RESOURCE CENTREtalk on effective communication with children
and teenagers will be given by David Coleman at Listowel Family Resource Centre
on Thursday. February 11 from 7-8,30pm. Booking – 10 euro per
family/student/carer/guardian and 15 euro per professional person. Further details from (068) 23584. Names are
currently being taken for a new five-week course entitled ‘Parenting when separated’
commences at Listowel Family Resource Centre on February 22 at 7pm

KERRY STROKE SUPPORT GROUP  for
those who have had a Stroke Meet the last Friday of each month  from 11.15
am  to 1.15 pm in  Baile Mhuire Day Care
Centre, Caherslee Tralee Kerry. Various activities ; For  further info
contact  087 3586451. 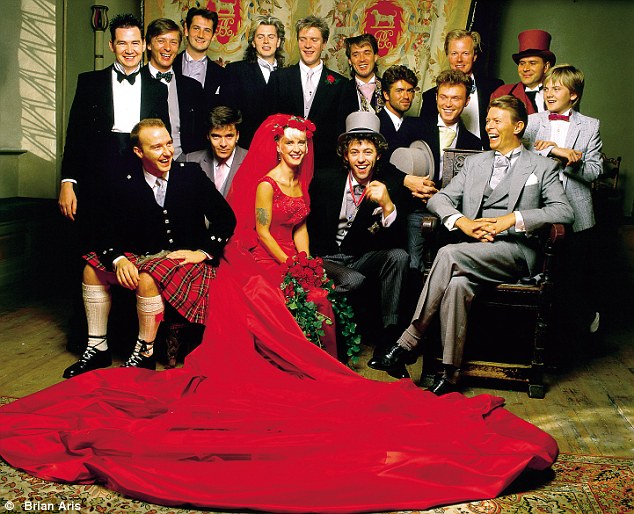 I posted this yesterday because of the David Bowie connection. I didn’t know who all the others were but ,in response to a request, I looked them up on the internet and here are the names;