This 1965 brochure that I got my hands on has a few very interesting advertisements. They tell us something about commercial life in the town 50 years ago. 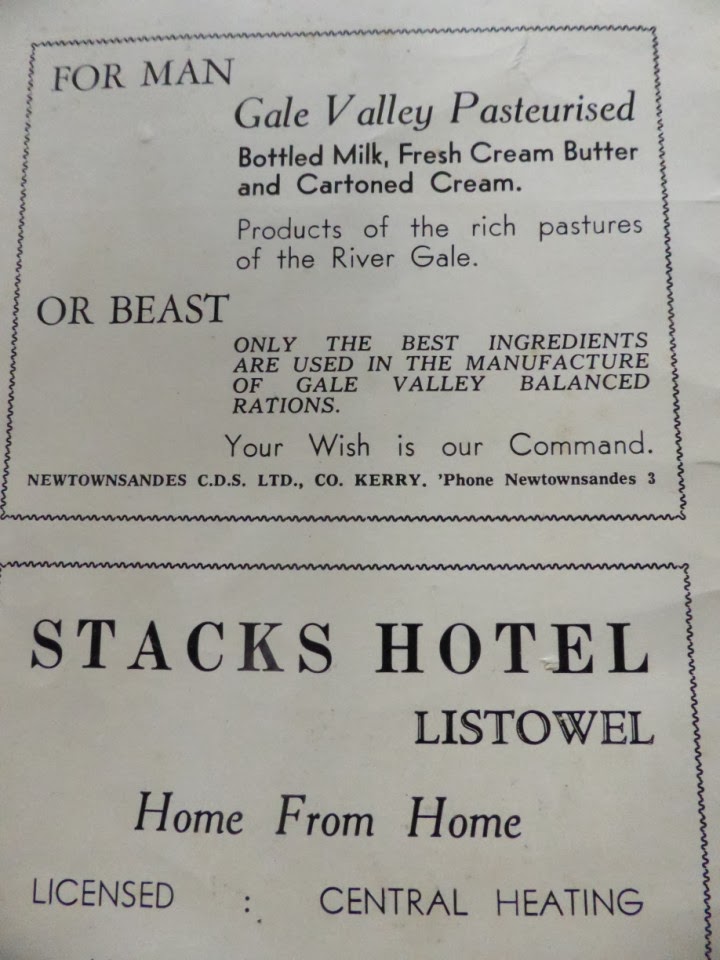 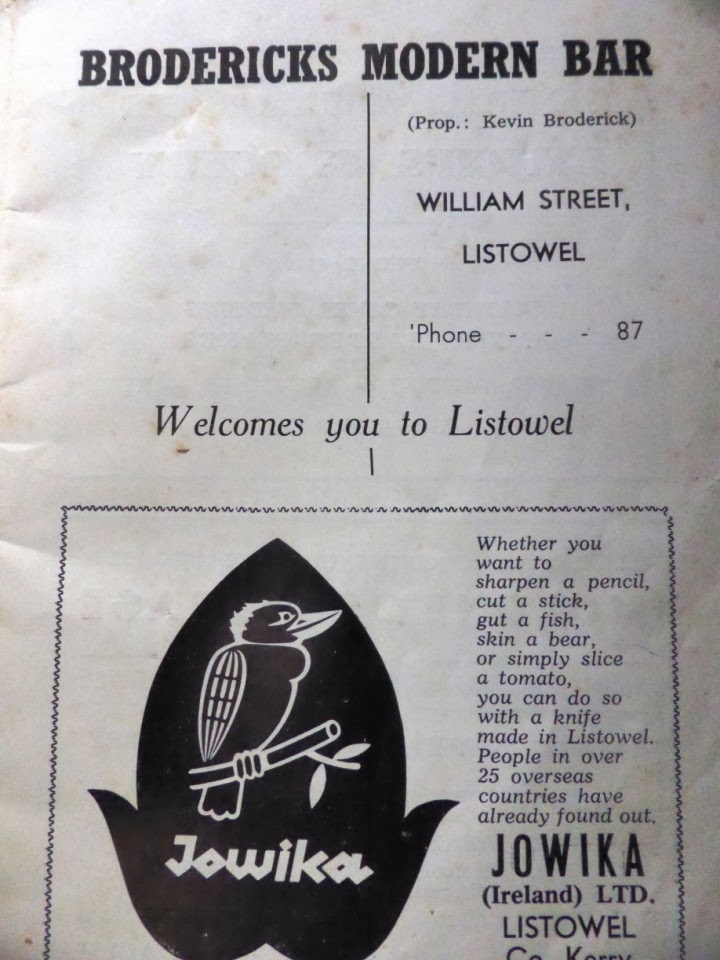 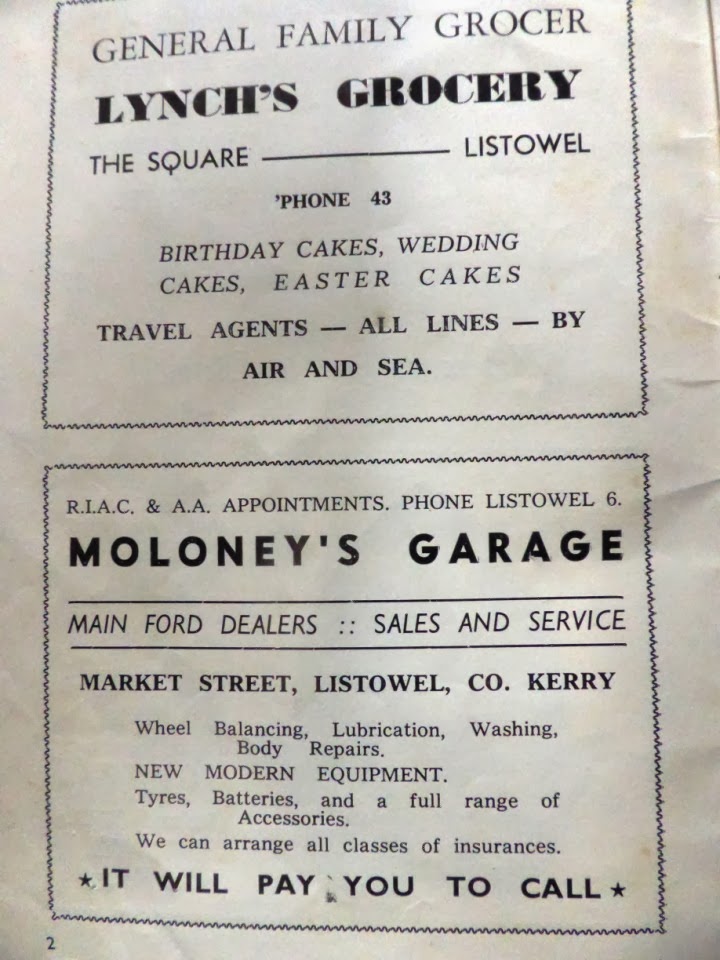 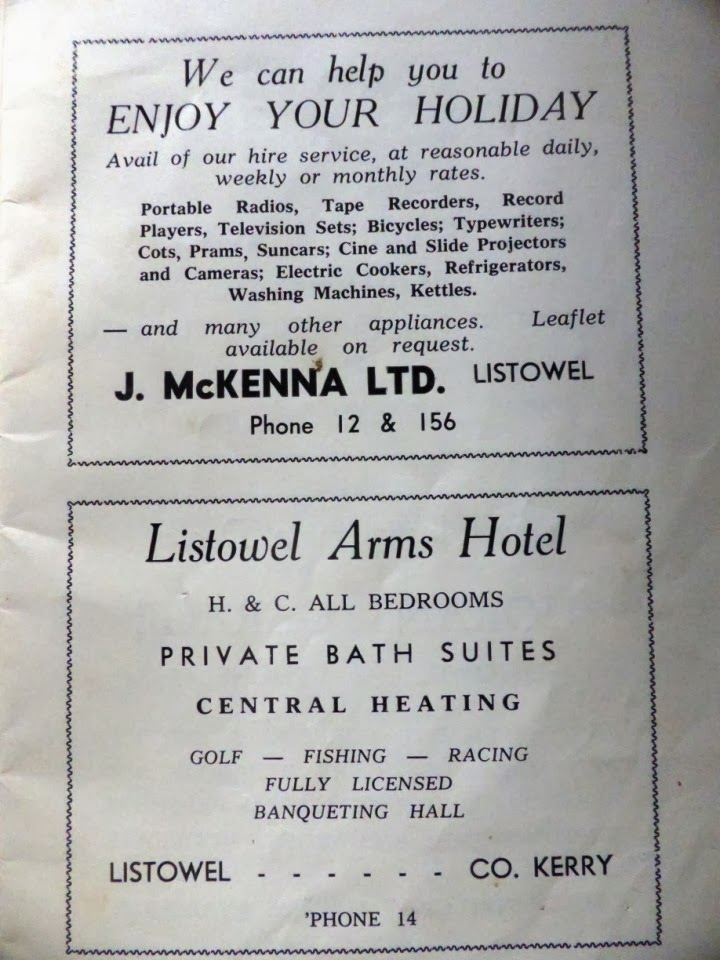 Looking at the phone numbers takes me back to the day when you lifted the handset, waited for the telephonist to reply and then asked her to connect you to a number, often a one or two digit local number. She actually rang the number and told the person who answered that there was a call for them. 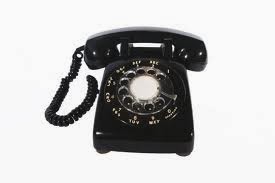 This handset above was a huge advance because you could dial the number yourself, cutting out the middleman. Of course the phone was still attached to the wall by flex so you had to conduct phone conversations in the hall or other communal part of the house.

Those were the days when a phone was a luxury.

The Power of Rumour in Listowel in 1871

A SILLY panic,” says the Kerry Post, ” seems to have taken possession of the minds of the people in this locality. A strange report was circulated to the effect that the children’ attending the national schools were to be branded, by order of the Government, with’ the letters ‘V.R.’ This rumour gained credence among the humbler classes, and caused the utmost anxiety and alarm among the parents whose children were then attending the Listowel National School. A rush was immediately made by the fathers and mothers for the school, and despite the remonstrance of the teachers the children were precipitately hurried away. 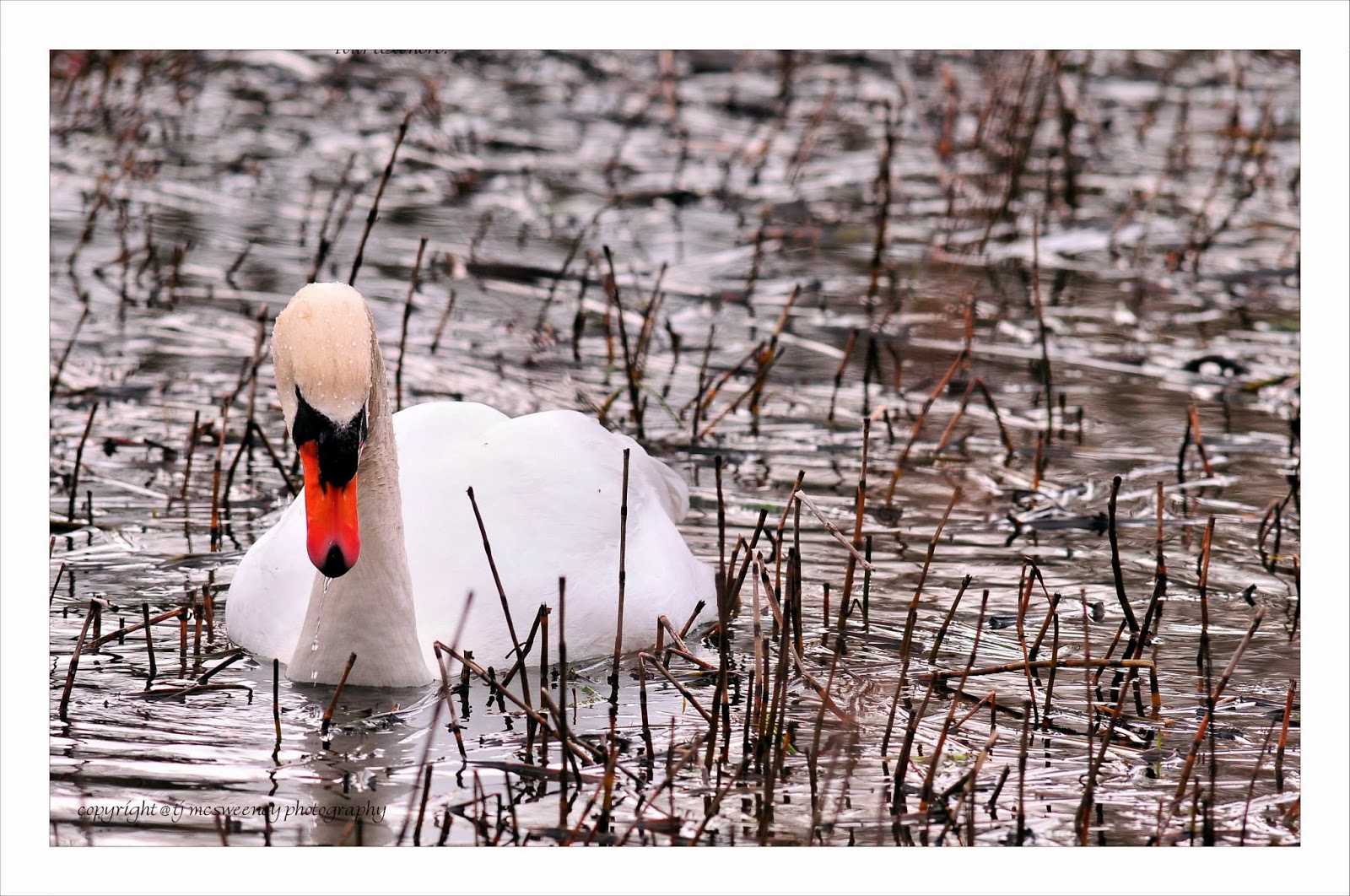 Do you remember my story yesterday about a Fr. Maurice Carmody , originally from Listowel, who died in Sydney, Australia.

Would you believe who he was? He was, in fact the eldest brother of Vincent Carmody’s father. He was born in Listowel in 1899. Studied for the priesthood in St. Patrick’s and went with several other Irish priests to Australia. Australia, in the early 20th century was like a mission country with many Irish priests and nuns traveling there. Many of these, like Maurice Carmody,  never returned. Fr. Maurice built 5 churches and worked hard before succumbing to ill health. He died, aged only 40, without ever setting foot in Listowel again. He was joined in Australia by another of Vincent’s uncles, also called Vincent and later  Vincent’s brother also went to Australia. 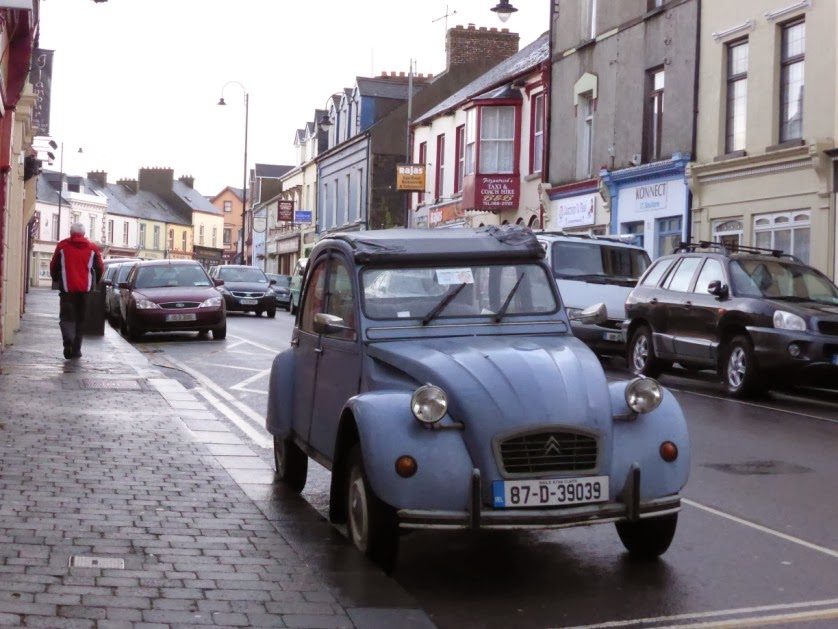 Did you spot this car on Church St. last week? Did you wonder who owned it?

Wonder no more. I have the story.

This jalopy belongs to Maxine Jones who was in town to do her stand up comedy show, Embarrassing Mother, in St. John’s on Friday night. The car, as a source of embarrassment to her teenage sons was a running joke in the show.