Our Town during Covid 19, Interesting Signs and The Ballymacasey Cross 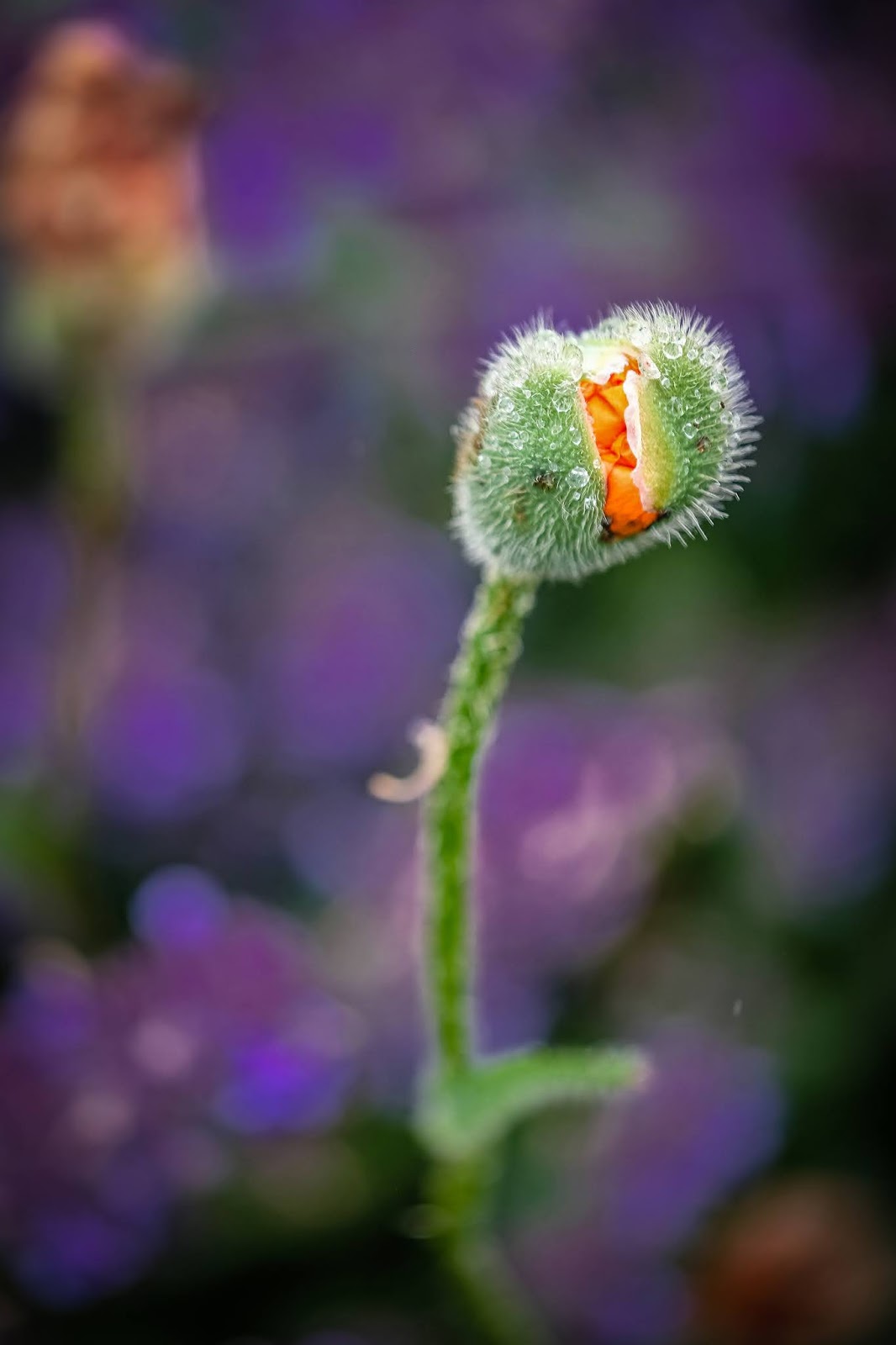 The Changed face of our Town 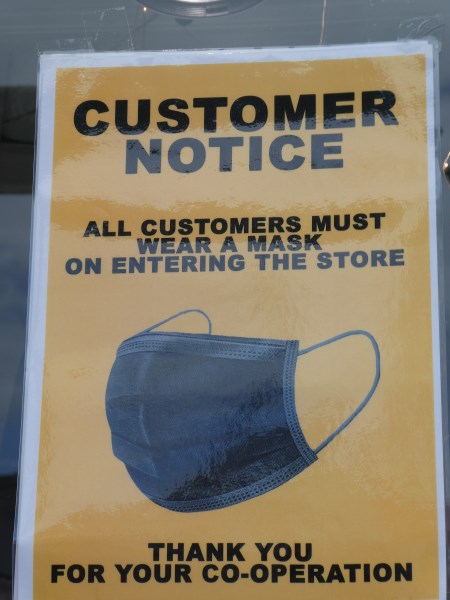 One in my local newsagents warned that if you dont like wearing a mask you will find a ventilator brutal.

Another sign I spotted in the Irish Wheelchair shop stated that they will not accept payment in cash extracted from your underwear.

Contactless payment is the preferred option in most shops. 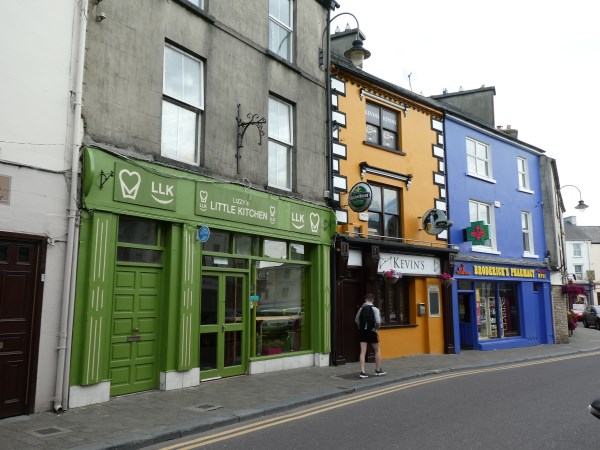 Lizzy’s is open for sit down and take away. Kevin’s is still closed and Broderick’s never closed. 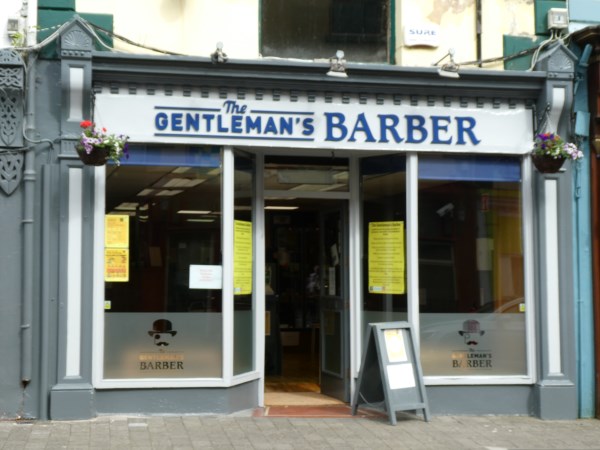 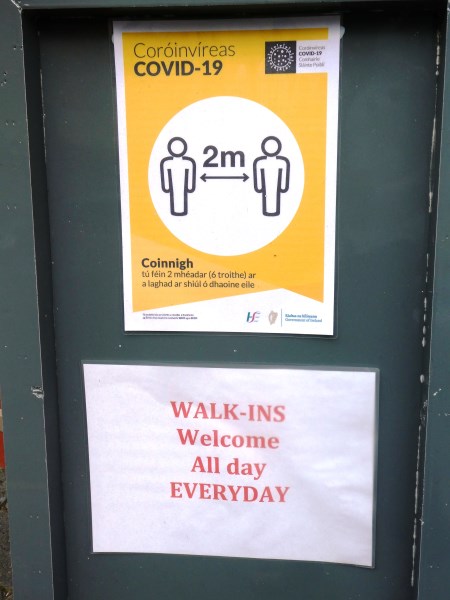 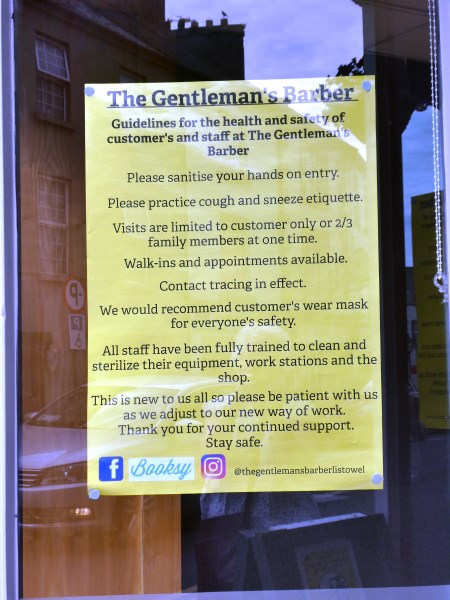 The Gentleman’s Barber on William Street strikes a good mix of welcome and caution. 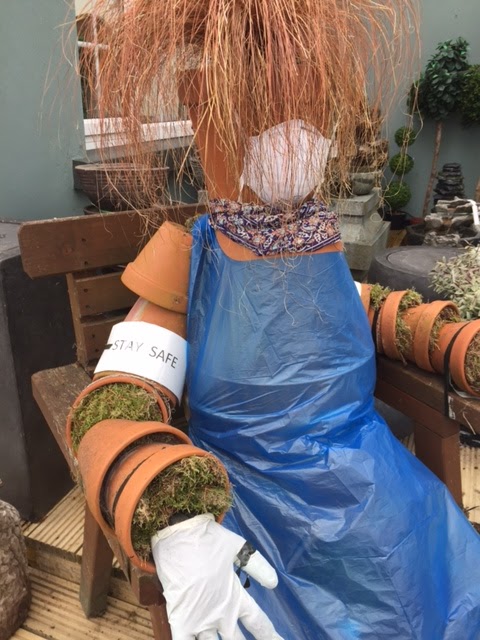 This flowerpot man in his PPE is in Listowel Garden Centre. 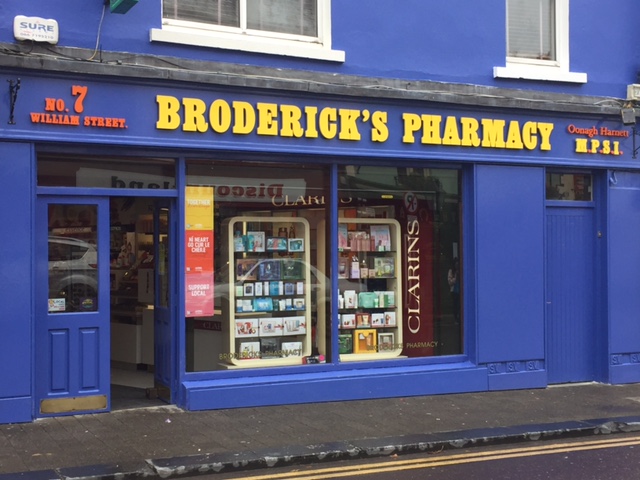 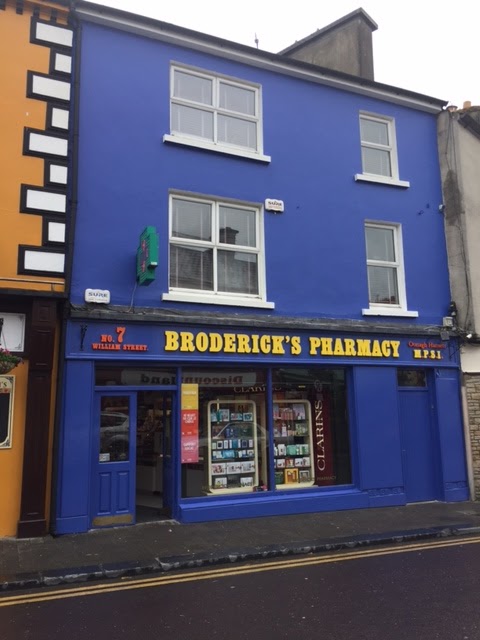 I love the new colour scheme. It livens up this corner of town. 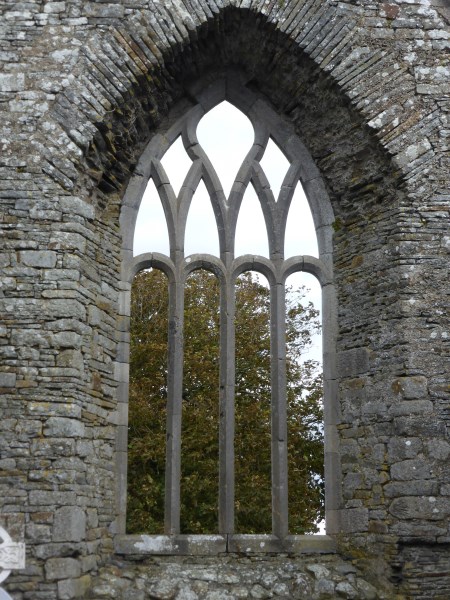 A while ago I wrote here about Lislaughtin Abbey and the story of the sacking of the monastery and the slaughter of the holy friars.

The monks while running for their lives from the soldiers dropped a silver cross which is known as the Lislaughtin or Ballymacessy cross and can be seen in the national museum.It was found some time in the 1800’s by a man ploughing a field and suffered some damage.

Michael did the search for us and he found the story of the cross in the blog of none other than my friend, Eileen Moylan of Claddagh Design 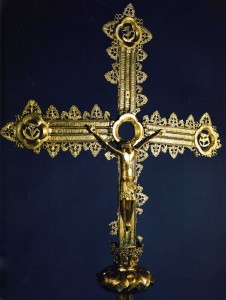 It was easy enough to trace the origins of the cross as it had been engraved with the details of the maker and the recipients. It turns out the cross was commissioned by Cornelius O’ Connor and his wife Avlina (or Eileen!) as a gift to the Lislaughtin Friary, Ballylongford in 1479.  It might be slight vanity but the search was completely justified when I discovered my name was engraved on the cross.

The cross which is silver gilt is 67cm in height and considered one of the finest crosses from medieval Ireland. It has the figure of Christ in the centre surrounded by the symbols of the  four Evangelists. The symbol at the centre of the cross is missing, leaving just a winged lion, a winged bull and an eagle. The entire cross is decorated with an open work border (the leaf -like trim). It has an amazing amount of intricate detail and it’s hard to believe it has survived so well. The engraving is entwined with images of birds, animals and flowers which would not be typically Irish.

The funny thing about this cross is that it remained in the home of Mr Jefcott in Ballylongford rather than being handed over to be put on public display. I love the idea of a 2 foot gold ornate cross lying around his house. Where would you put something like that?!  In Hewson’s article he writes that “the finder does not appear disposed to consent to part with it to anyone on any terms” It seems Hewson argued the case that although it was well looked after it would be much more secure in the national collection. He believed it would be worthy of a place alongside the Cross of Cong, which, coincidently, was also commissioned by an O’Connor.

I couldn’t find out when the cross finally left Ballylongford and went on public display in Dublin. If anyone has any more information, please do let me know.