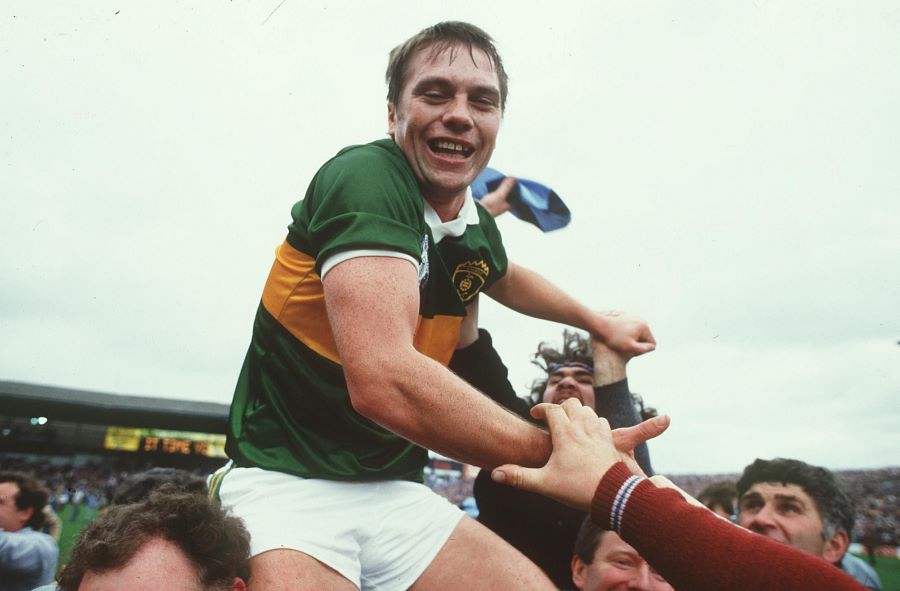 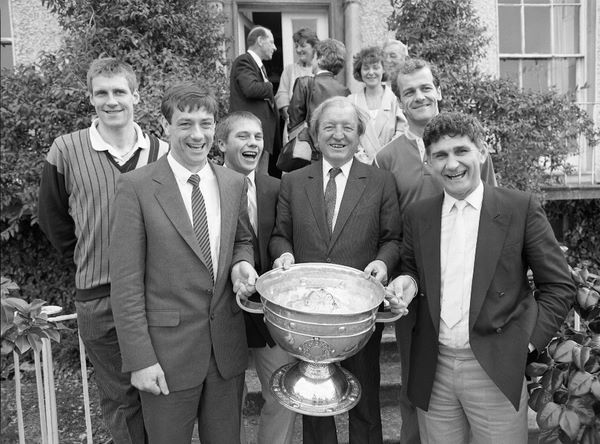 Another one from the archives of Páidí and friends in happier times.

Páidí OSé who passed away so tragically on Saturday had a Listowel connection. He studied for a year in St. Michaels’ where he was a star on the playing field.

Páidí is now the third of that Golden Years Kerry team to have died before his time. May they rest in peace.

A treat in
the form of a Christmas Tree was given the children of the Listowel Workhouse
on Saturday evening, commencing at 5 pm, and terminating at 10 o’clock. Mrs.
Foran P.L.G. was the good Samaritan of the occasion and well might she be
congratulated on the success of her charitable action.  There was never such a heavily-laden tree and
never such a picturesque variety of toys, fruit etc.  presented to the eager eyes of the poor
little children of this institution, and indeed, too, never was there more
genuine gratitude displayed and expressed by the receivers of these happy
little reminders of the Great Festival.
Besides the inmates of the house, there was a large number of the
inhabitants of the town admiring observers of the pleasant proceedings.  The well-trained brass band of the St.
Patrick’s Total Abstinence Society, supplied the music, while dancing and
singing were kept up with great gusto by some of the more aesthetic young ladies
and gentlemen of the town.  on the whole
a very enjoyable night was spent not only by the children of the house, but by
many of the more fortunate children of the town, who were kindly invited by
Mrs. Foran.  It should be mentioned that
Mrs. Foran was untiringly assisted by the following ladies and gentlemen:  The Misses O’Shaughnessy, Miss Lyons, Miss
Nellie Quill, Miss Enright, Miss Cotter, Miss O’Halloran, Miss Mollie and Nora
Kerns, Miss May K. O’Sullivan, Messrs T.F. Cotter, James Cotter, R
O’Shaughnessy F Leahy, M. Kerin, J. Kerin.

At the conclusion of the happy
proceedings, Mr. Cotter proposed a well-merited vote of thanks to Mrs. Foran
for the great interest which she has always practically evinced towards the
inmates of the Workhouse and particularly so with regard to the children and
aged people.  He also included the band
in the vote for the willingness with which they invariably responded when requisitioned
to lend their valuable services towards the promotion of any good or charitable
cause.

Needless to
say the vote was passed with acclamation and the night’s entertainment brought
to a pleasant conclusion.

While Junior Griffin was trawling through the papers for references to badminton he was distracted by other items besides the workhouse Christmas.

“Listowel around the time that the Badminton Club was founded, indeed was experiencing harsh times for very many. As the Badminton dance was just a matter of days before Christmas the shops at that time, as they are today, were displaying their wares for the festive season. 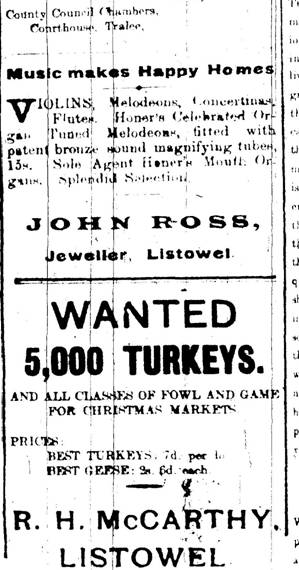 For younger people it is worth noting the poultry prices.  Those were the days when there were 240 pence to the pound; 12 pence to the shilling and 20 shillings to the pound.  The shilling was denoted as “s” and the penny was “d”. There was a half crown coin which was worth 30 pence and eight of these made up a pound.  So as one can see from the above ad a full goose, which in those days was more popular than the turkey, could be purchased for 2s and 6p  The turkey price was 7d per lb.(pound)

The advert, John Ross, Jeweller, Listowel, Yes that is the same John Ross who has always been associated with .

A native of , John Ross came to Listowel in 1899.  For some reason Listowel reminded him of his native  and he set up business in  as noted on the 1911 census. A qualified horologist (watch and clock maker) he soon built up a respected reputation as a purveyor of exquisite jewellery.

He sold his Listowel business in the late 1930’s and moved to  where at one time he had no less than three shops and a farm from which the produce was also sold.

The information received from his great-grand daughter was that one would find jewellery, watches and clocks on one side of the counter and just a few feet away one could purchase, potatoes, cabbage and carrots.

Such was the norm for business in those days, a little bit of everything. 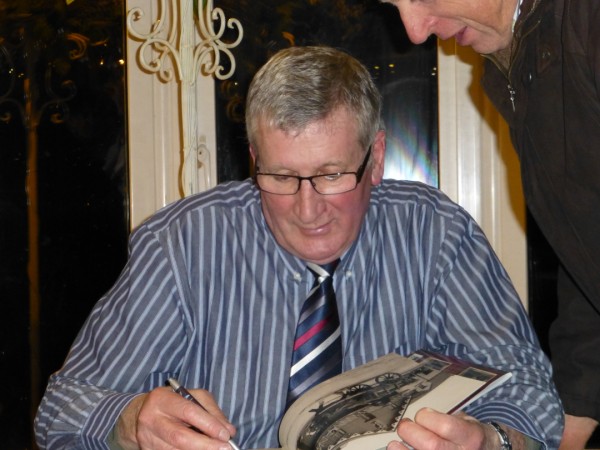 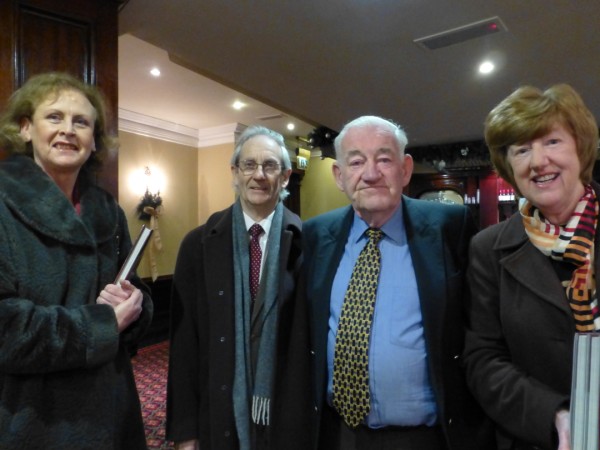 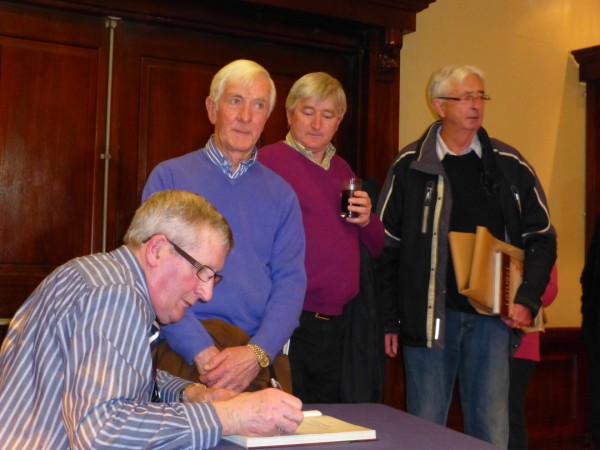 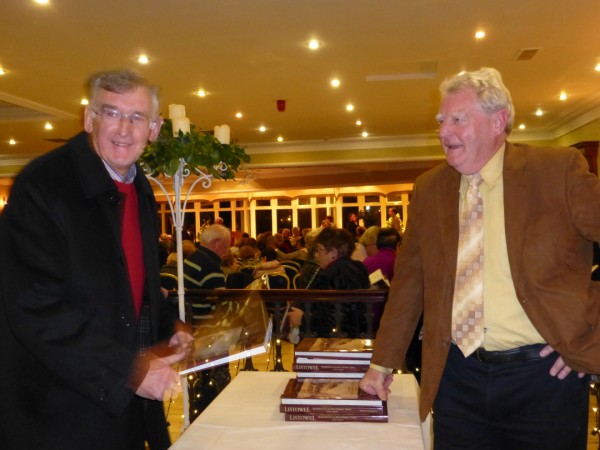