Still Locked Down in February 2021 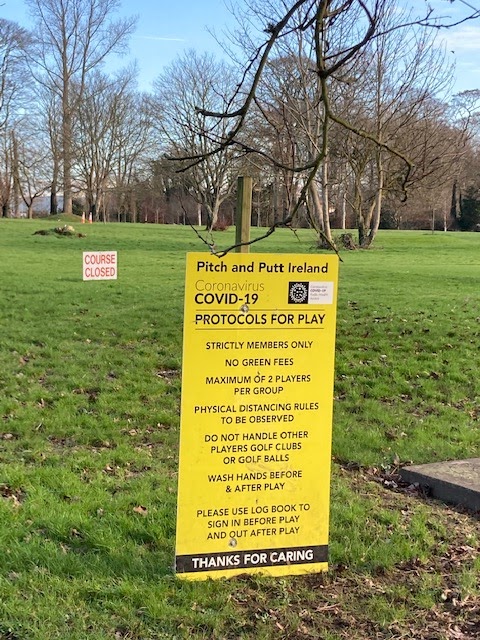 Mattie wrote this a few years ago . 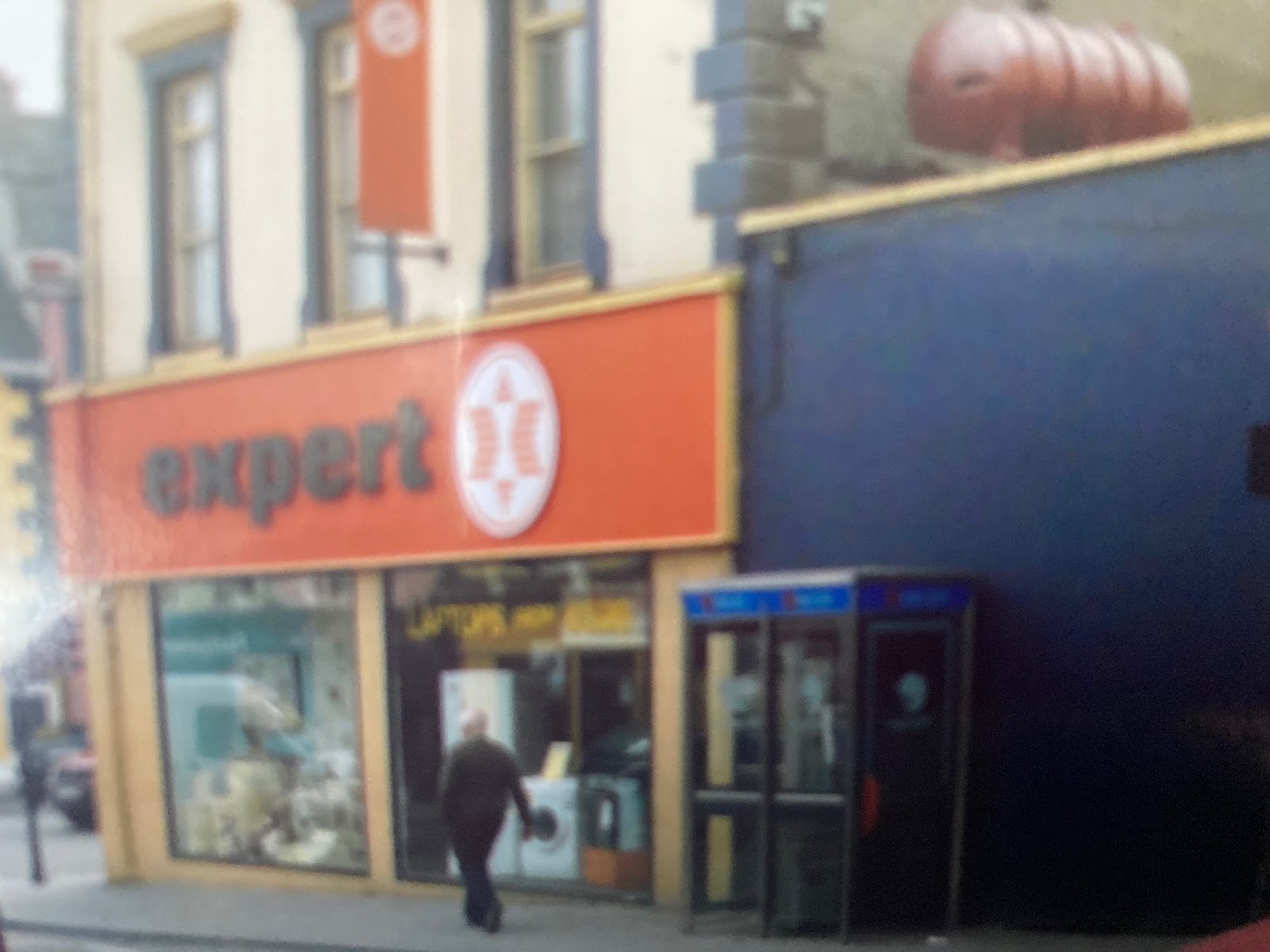 The US presidency is a Tudor monarchy plus telephones. (Anthony Burgess)

The day of the familiar Irish phone box is drawing to a close. Earlier this year the powers-that-be decided to reduce the number of post boxes from 4,850 to 2,699. Since usage of the public phone has fallen by 80% in the past five years, how long before the total demise of the phone box? The ****Kiosk, especially in rural areas, provided a valuable link with the outside world.

In the words of Clinical Psychologist, Marie Murray, “ What of their psychological significance rather than their utilitarian worth? What role did they play in the lives of people? What privacy did they afford, away from the home telephone for those lucky enough to have a telephone in the house but unfortunate enough to have no privacy using that instrument at home?” Dr. Murray goes on to say that phone boxes , “ will become but quaint memories of an older generation regaling their grandchildren with tales of trysts at the local telephone box or romance conducted through whispered confidences in that semi-private box in the middle of the village or at the end of the road . . . ”

On one occasion, in a neighbouring parish, a female who was presumed to have contracted a “social disease” used the phone and civic-minded local woman immersed it (the phone, not the female caller) in a bucket of Jeyes Fluid. This caused a malfunction which the P&T engineer couldn’t find a cause for. A local wag said, “you were poxed to get it workin’ agin.”

When Mobiles were getting plentiful and it looked like the humble phone box would soon be redundant I made a suggestion to Eircom as to the possible utilisation of same . . as Condom-Dispensers. And I even had an idea for cost cutting in the area of signage; by using some of the existing logos and slogans. For instance; wouldn’t the Eircom logo, with very slight modification, look remarkably like a rolled-up condom? And where would you leave slogans like, “Let your fingers do the walking”. Do you think they acknowledged my suggestion? They didn’t even phone me.

When the story broke, that the phone box was about to be consigned to history, True Films a Dublin based company (www.truefilms.tv) decided to make a film about its passing.

Director, Ross Whitaker told me, “My colleague Aideen O ‘Sullivan and I were working for a television company together and Aideen starting telling me about how she’d read in the paper that many of the phone boxes around the country were to be removed. It sparked a discussion among us and our workmates where we all recounted stories that we’d heard about phone boxes. There seemed to be so much to say about them. A few days later I saw that the Irish Film Board had a call-out for ideas for short documentaries. I got on the phone to Aideen and we decided to draw up a proposal. The Film Board liked it and eventually, after presenting the idea to them at a meeting, we were commissioned to make it.”

The crew travelled the length and breath of the country interviewing people and were well pleased with the result. Ross says, “I love the stories that we heard while making the film. The funniest is told by a man from Donegal about two ladies who get stuck in the phone box, although the humour comes as much from the way he tells it.” He is anxious to point out that theirs is not a campaign, “ It’s not our aim to start some kind of revolutionary movement to counteract their removal. We just want to capture some of the memories that people have of them before they disappear completely.”

The film is called “Bye Bye Now” and the first screening will be in the Cork Film Festival in early November.

So, they next time you see an equilateral rectangle of concrete, in the middle of nowhere, which looks like a square cut from a disused aerodrome, think again. Since the first Irish phone box was installed, in Dawson Street, Dublin in 1925 (it’s still there) such little platforms were witness to emotion-charged messages to and from around the world.

The first phone box on Dawson Street was there until the coming of the Luas. Mattie, doesn’t know for certain if it was removed then or, if so, where it went. 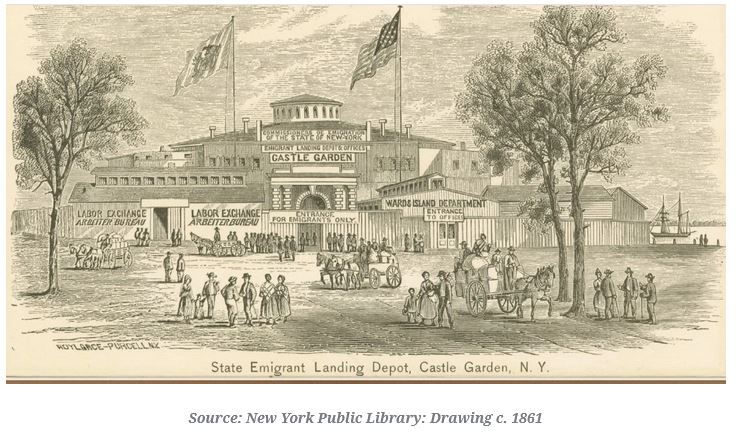 In the 19th century it was not unheard of for Irish children to arrive in the U.S. unaccompanied by an adult. Some of these spoke no English. It says something about how bad things were at home that a parent would send a young child off into the unknown rather than keep them at home. Here are som accounts from the papers.

An 1884 article in the New York World told the story of Maggie and Mary Slinsby who arrived at Castle Garden from County Tipperary in Ireland. The sisters, aged 9 and 10, traveled alone and were on their way to meet their parents in Urbana, Ohio. The children were wearing cardboard breastplates with their identification.

“Among the passenger of the steamship Britannic, which arrived at Castle Garden to-day, were two children. James and Annie Morris, 9 and 11 year old. Eight years ago their parent left Ireland to seek fortune in his country. They left their children with a grandmother and recently sent for them. There was no one at the Garden to welcome the children after their long and stormy voyage. Their parents live in Cleveland, Ohio. They were at once notified by telegraph. The children will be cared for at Castle garden until their parents send money for their fare to Cleveland.

A 10-year-old girl arrives at Castle Garden to reunite with her mother, Boston Globe, September 14, 1887: 4

Among the crowd of immigrants who arrived at Castle Garden today were two more remarkable than the rest. One was a woman over 80 years of age; the other a child of 10. The old woman was going to Elmira to die with her only daughter and two sons. The little girl was on her way to her mother. who is living in Webster, Mass. The two are from the same barony in county Clare, Ireland, but are wholly unknown to each other. The old woman. whose name is Margaret Collins, cannot speak a word of English; but the little girl speaks it with a fluency and vivaciousness that interested everybody in the garden. Her name is Mary Whalen. Twenty-three years ago, Mrs. Collins said, her three children, Patrick. John and Jane, left her and their father to try their fortune in America, and settled in Elmira. Herself and the old man, Pat, remained on the old sod, cultivating the little farm they had held ever since they were married, and on which their children had been born. She received a letter, she said, every Michaelmas. Christmas and Lady day from her children, bringing her money to make herself and the old man comfortable, and to pay the landlord the rent of the little patch of land. But on Lady day last year the old man died, and then she had no one in the old land on whom she could rely. Her children learned of their father’s death and insisted on her coming to this country. One of them, Mrs. Jane Costello, wife of Martin Costello, South Main street, Elmira. is herself a grandmother. As soon as the old lady arrived at Castle Garden word was sent to her children at Elmira, and a grave-looking old gentleman presented himself, stating that he wanted his mother. She was given to him, and be took her away to die amid her children, grandchildren and great grandchildren.

The other immigrant was born after her father’s death, and, after being nursed for a little over four years by her mother, was left in the care of the nuns at Kilrush. in the County Clare, in which the child was born. Her mother. with her two eider children, boys, at that time immigrated hither and settled in Webster, Mass. Mrs. Whalen worked as a dressmaker and put her two boys to the tailoring business, and will now be happy in the possession of her little daughter.” 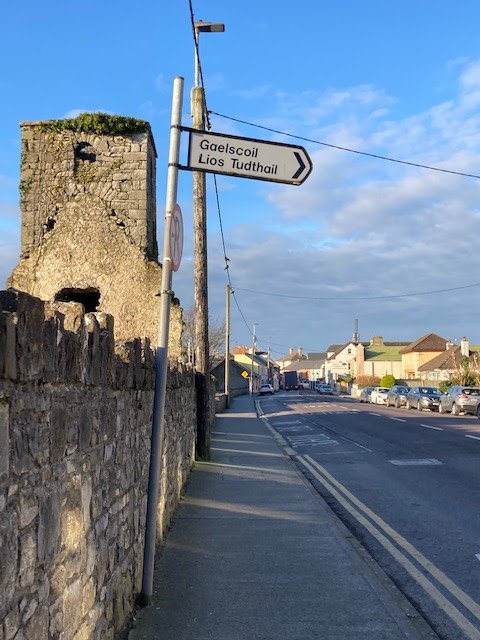