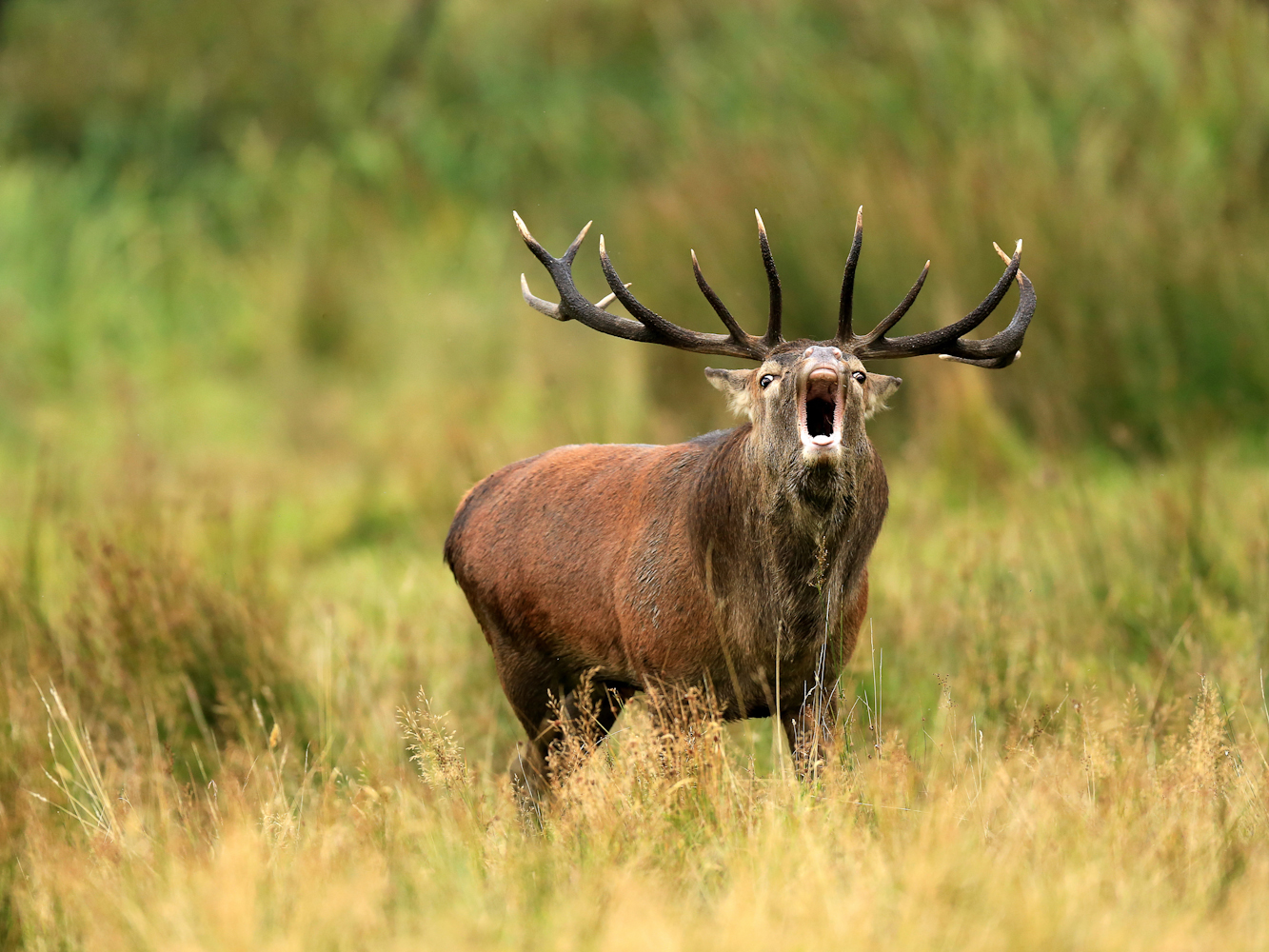 This magnificent shot won Jim MacSweeney a bronze medal at a recent photography competition. The photo was taken in Killarney National Park during the rutting season. 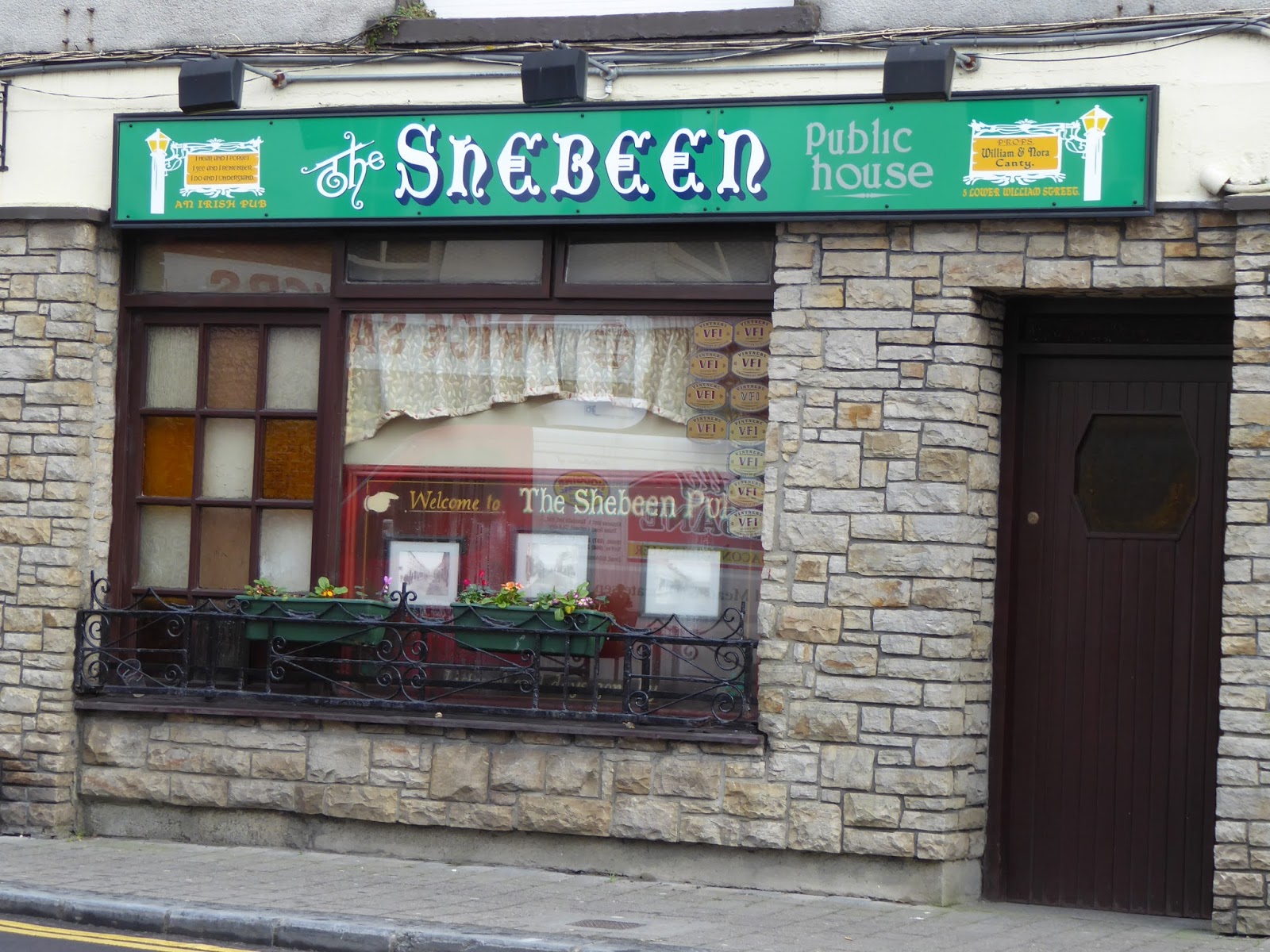 This Listowel public house got a new sign while I wasn’t looking. 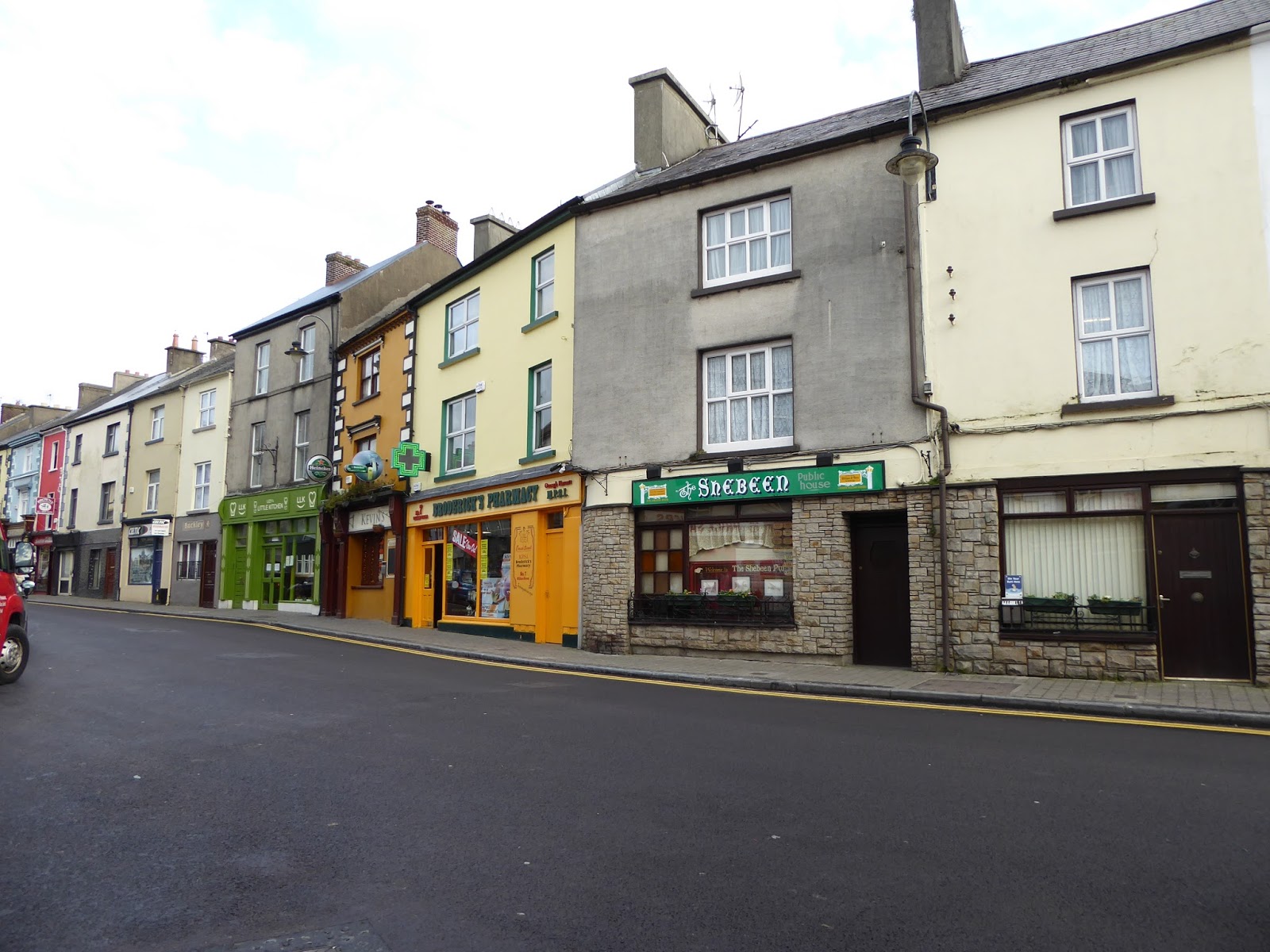 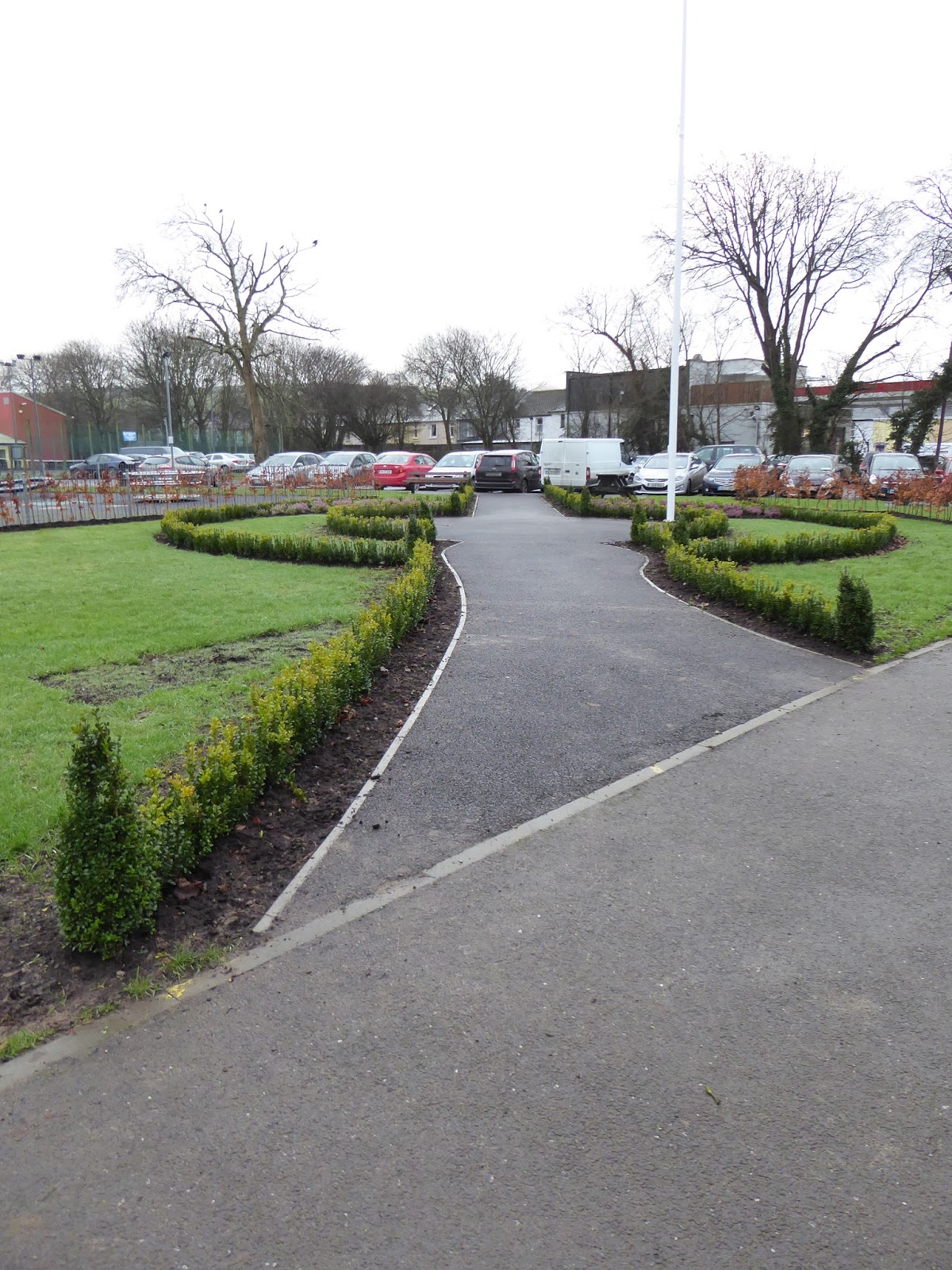 I took this photograph of the 1916 installation from the path beside the pitch and putt course. I went into the garden and photographed details of the planting. It’s well worth a visit. It’s lovely. 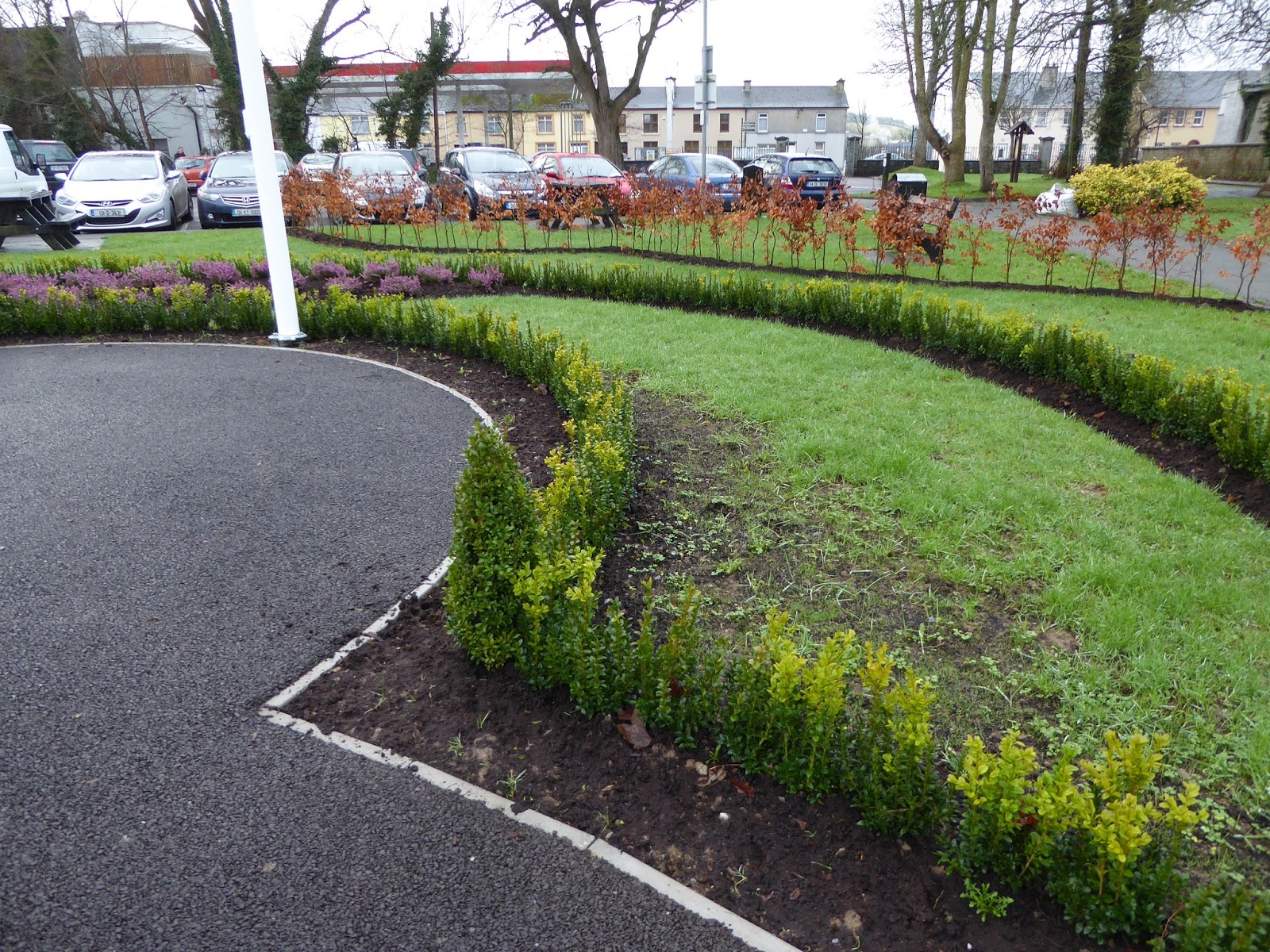 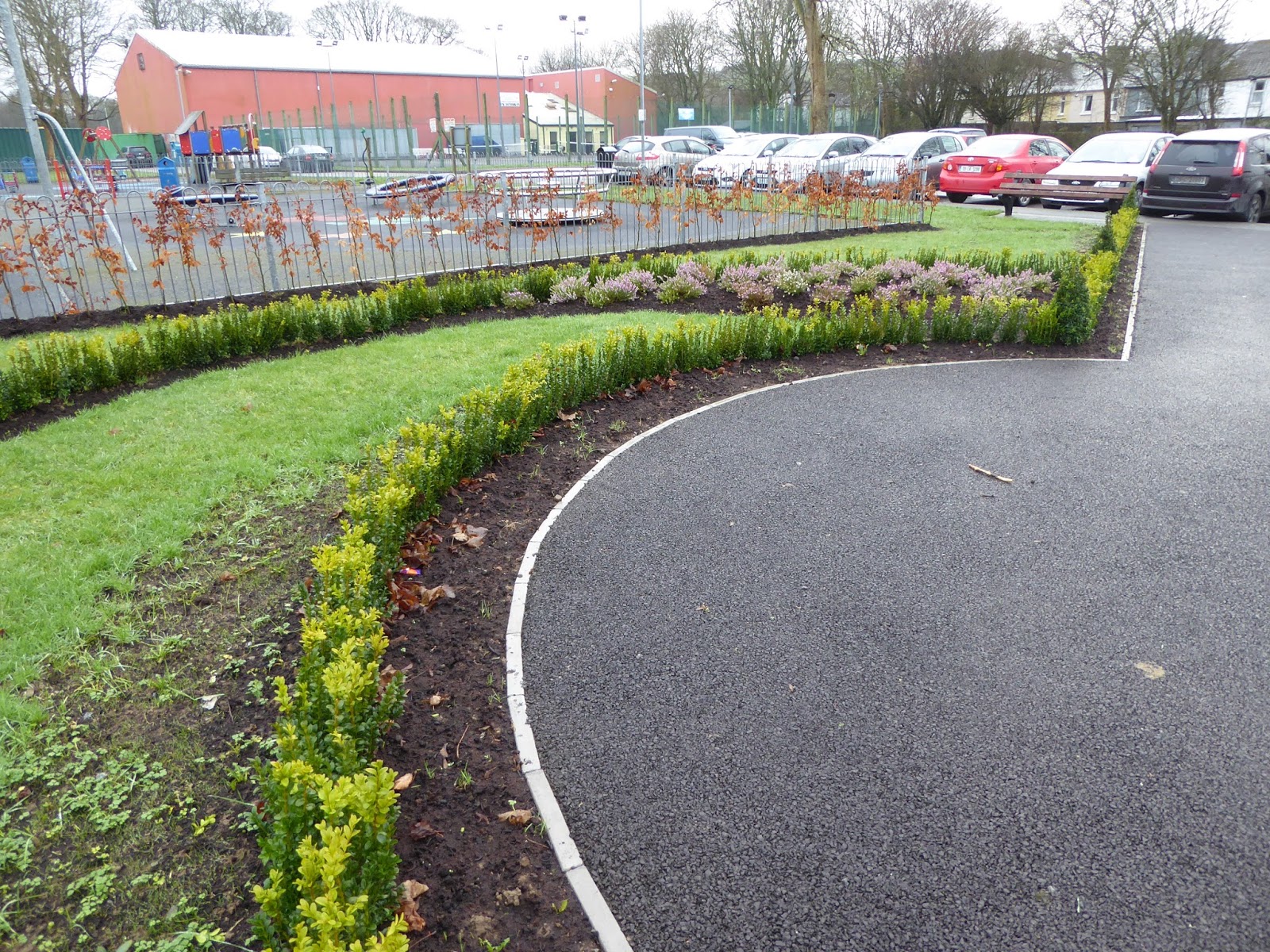 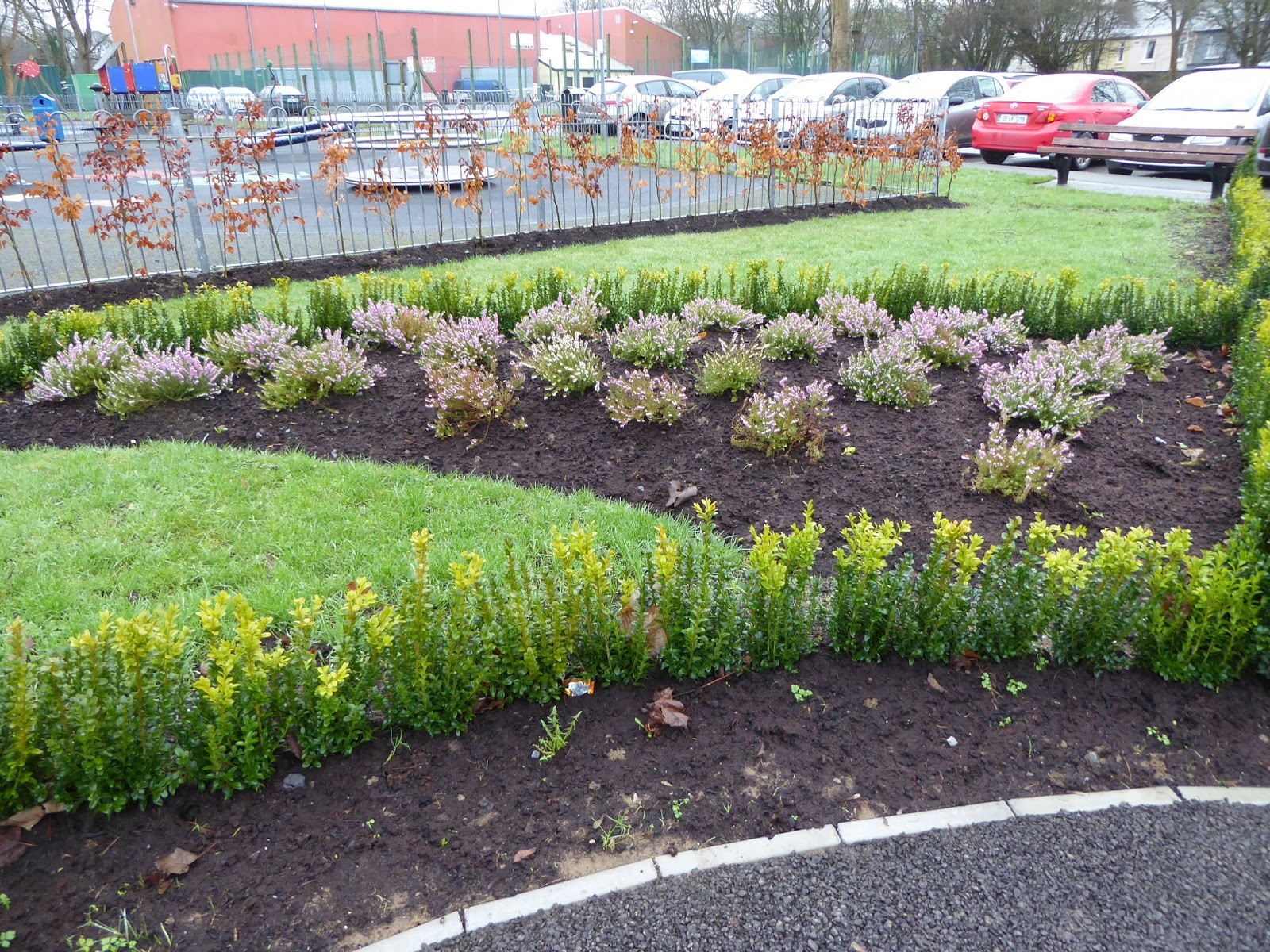 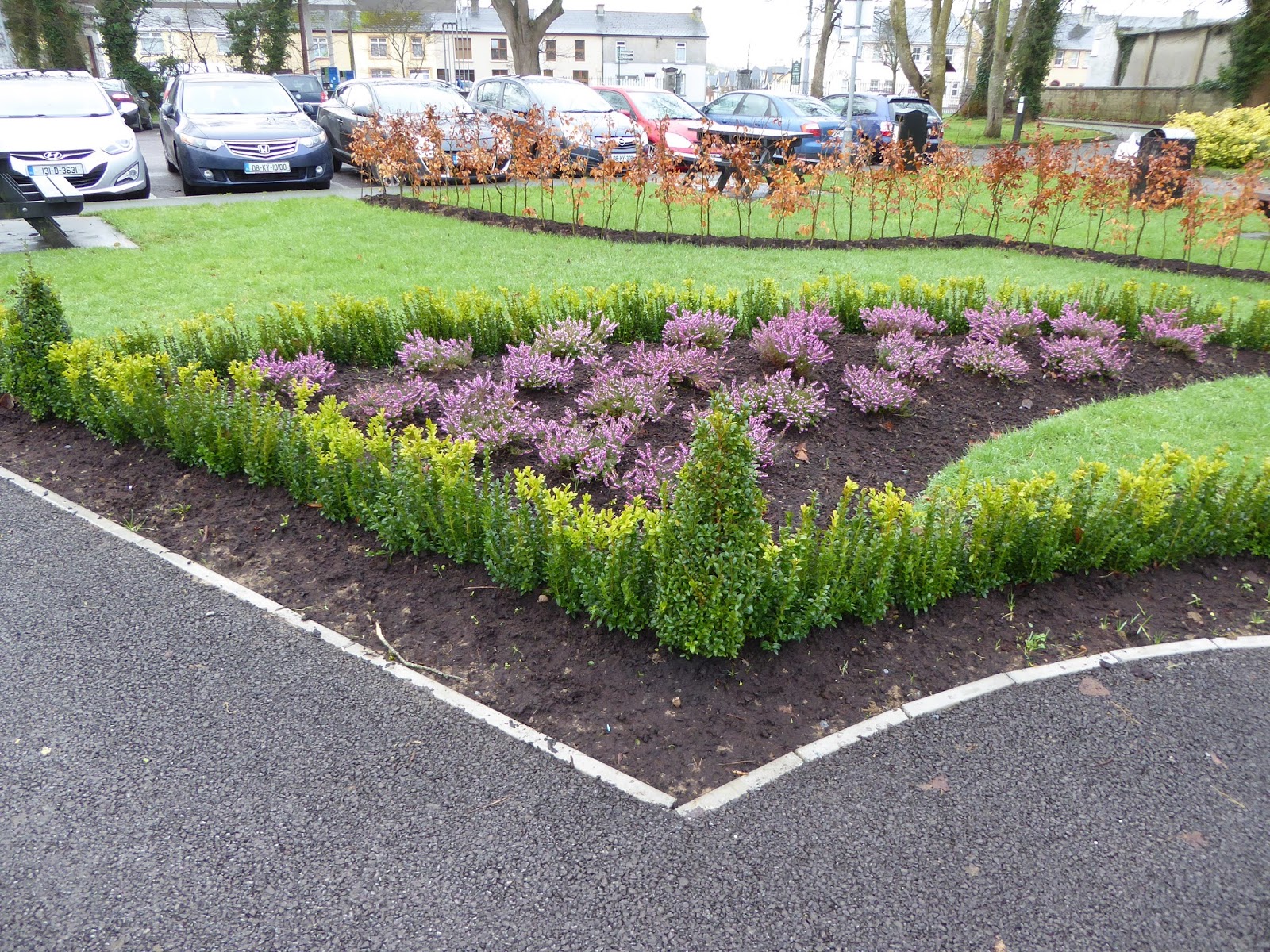 The design for the garden is in the shape of the famous Tara Brooch.

Here is the story of the Tara Brooch from the Irish Central website:

The Tara Brooch is perhaps Ireland’s greatest piece of
jewelry dating from the 7th century AD. It remains a popular symbol of Ireland
and the country’s rich ancestral
past.

Although the beautiful brooch is
named after theHill of Tara, traditionally seen as the seat of theHigh Kings of Ireland, the Tara Brooch has no connection to either the Hill of Tara
or the High Kings.

The brooch was supposedly found in
August 1850 on the beach at Bettystown, County Meath by a peasant woman. The
story goes that she found it in a box buried in the sand, though many believe
the brooch was actually found inland but the woman’s family altered the facts
to avoid a legal dispute with a landowner.

It was sold to a dealer and then
made its way into the hands of Dublin jeweler George Waterhouse. With a keen
sense of trends, Waterhouse was already producing Celtic Revival jewelry, which
had become immensely fashionable over the previous decade. It was he who
renamed the precious item the “Tara Brooch,” in order to make it more
alluring.

Waterhouse chose the name Tara in
order to link the brooch to the site associated withthe High Kings of
Ireland, “fully aware that this would feed the Irish
middle-class fantasy of being descended from them.” And it worked. The
Tara Brooch was displayed as a standout showpiece at The Great Exhibition in
London in 1851 and the Paris Exposition Universelle, as well as the Dublin
exhibition visited by the Queen in 1853. Prior to this, it had even been
specially sent to Windsor Castle for her inspection.

In 1872, the brooch was added to the
collection of the Royal Irish Academy, which later issued its antiquities to
theNational Museum of
Ireland, where the Tara Brooch remains today.

TheNational Museum notesthat “It is made of cast and gilt silver and is elaborately
decorated on both faces. The front is ornamented with a series of exceptionally
fine gold filigree panels depicting animal and abstract motifs that are
separated by studs of glass, enamel, and amber. The back is flatter than the
front, and the decoration is cast. The motifs consist of scrolls and triple
spirals and recall La Tène decoration of the Iron Age.

“A silver chain made of plaited wire
is attached to the brooch by means of a swivel attachment. This feature is
formed of animal heads framing two tiny cast glass human heads.

“Along with such treasures as the
Ardagh Chalice and the Derrynaflan Paten, the Tara Brooch can be considered to
represent the pinnacle of early medieval Irish metalworkers’ achievement. Each
individual element of decoration is executed perfectly and the range of
technique represented on such a small object is astounding.”

After dinner on
Sunday we would all go to my Grandmother Moloney’s house in Charles Street and
take some jelly and current loaf for her. Mam would meet up with her sisters
there and enjoy a little gossip.  Our
cousins would also meet there and we would all sit on the door step and wait
for our uncle Jimmy to get home. He would give all of us 2p for the cinema.
Sometimes on a Sunday my brother Paddy would go fishing and we would have a
fresh trout for tea.

Grandmother
Moloney kept pigs in a pig sty in the back yard and as she was a bit feeble she
would ask us children to take the pig food and feed them. I was scared stiff of them and would
throw the food on their backs and run. Poor Mud, as we called her, was so glad
thinking I had looked after the pigs and fed them. She was a bit deaf and could
not hear us giggling. It was this grandmother that bought my first suitcase
years later when I was leaving to go to England.

Some Sundays we
would go for walks to the spa and through the woods to pick bluebells. The wood
looked fantastic like a carpet of blue. Then we’d walk home through gurtenard
and up through the graveyard, our arms loaded with bluebells.

The train ran at
the back of our house and we were like the railway children. We would sit on
the big bridge and watch who came off, anyone we knew coming from England just
to see what they were wearing. It was also sad to see people crying as they
were saying goodbye, leaving on the train the first leg of their journey to
England. It was on this train I also left many years later.

The last train came
in about 6.O’clock. Then the railway gates were locked for the night. We could
then go and play there. It was quite safe. We would go to the cattle pens and
have great times.