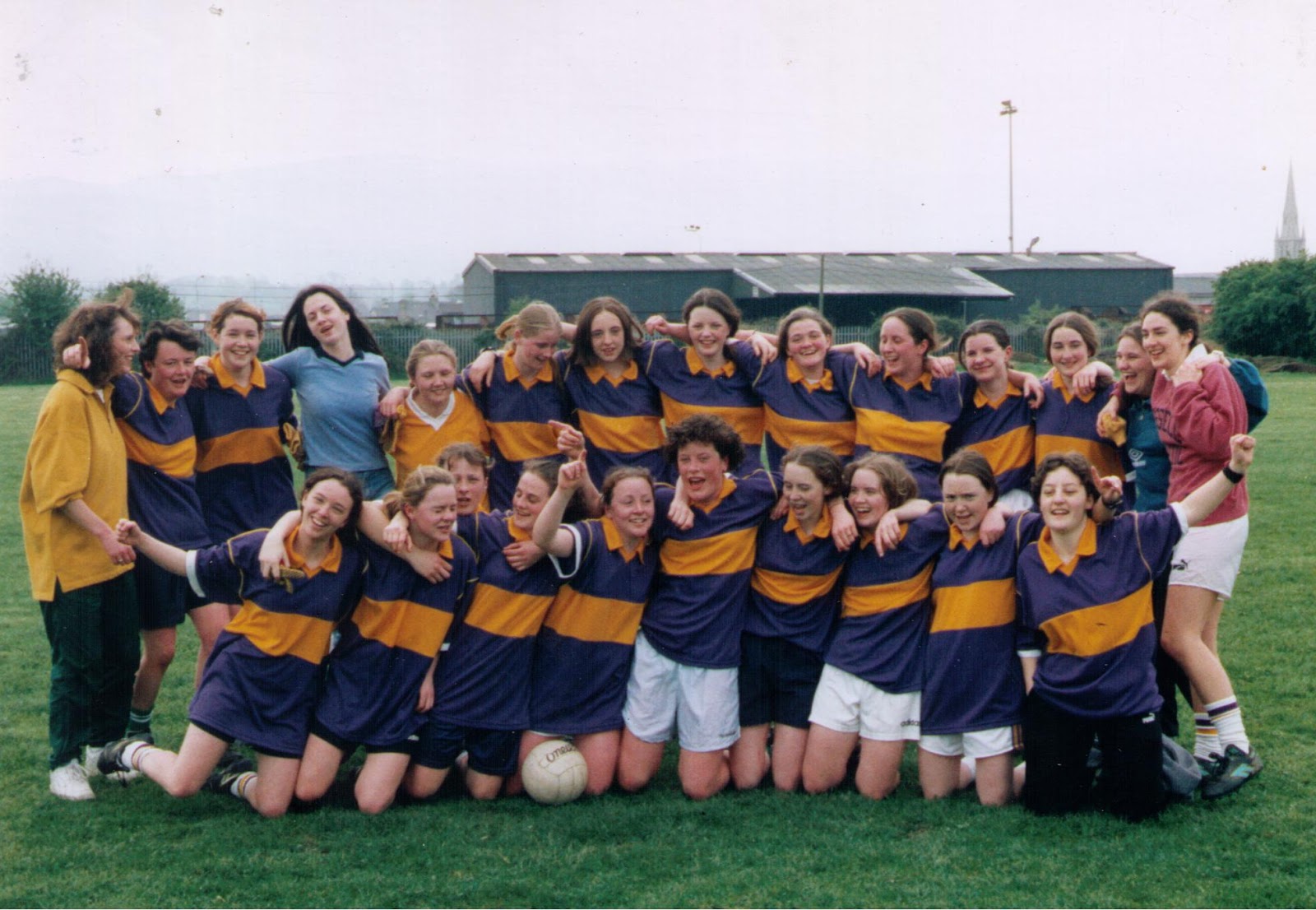 This is a group of Pres girls pictured before a Gaelic football match. I recognize a few people but I’ll leave it to those with better memories to name them. 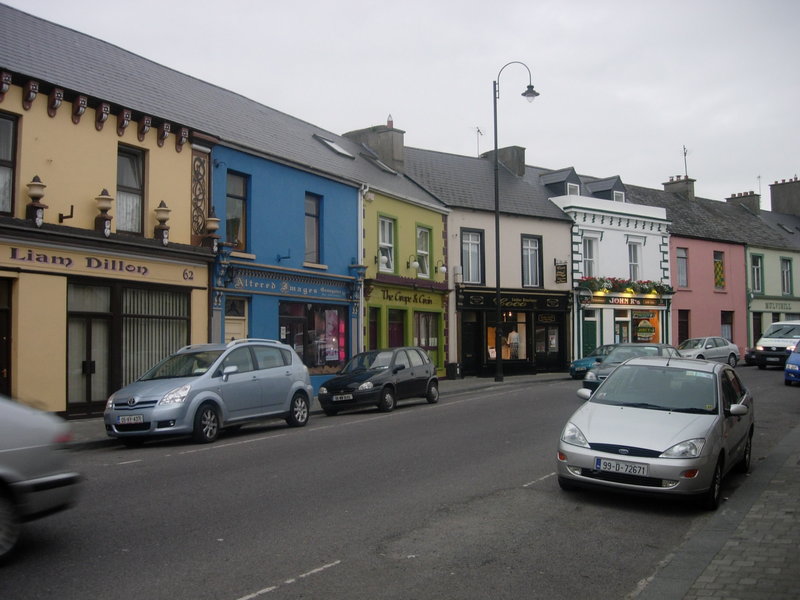 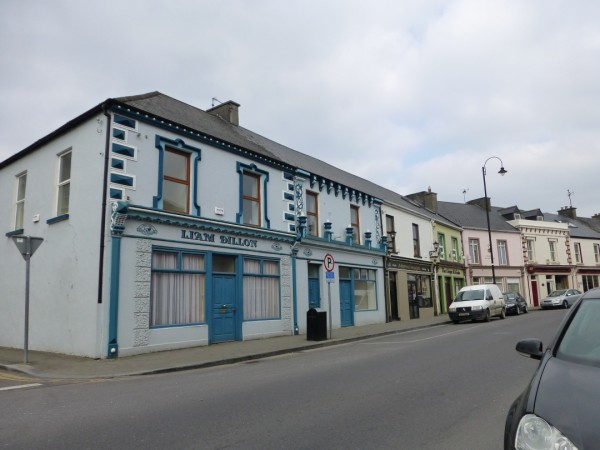 This is Upper Church St today. Above is the same section of street in 2005 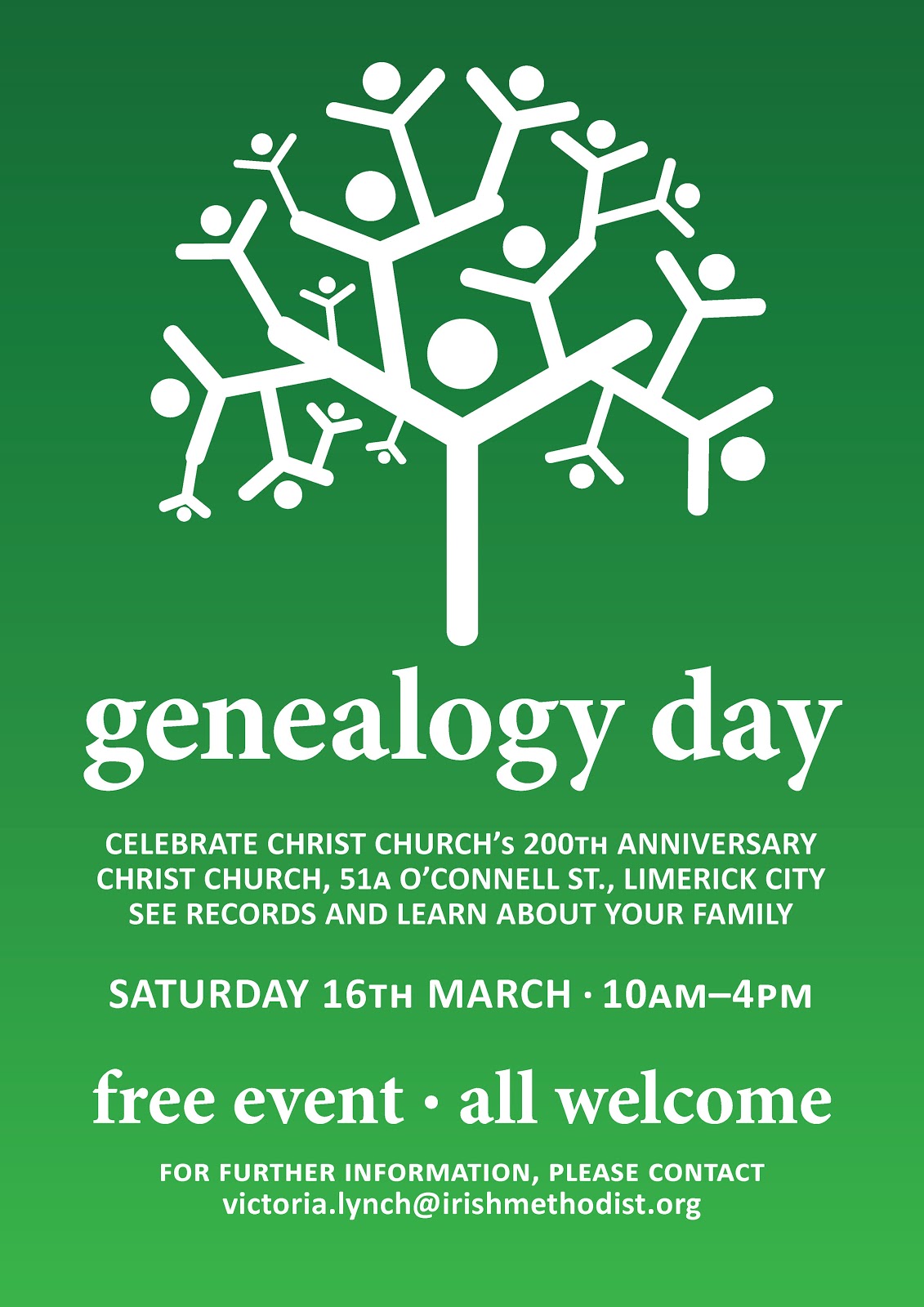 This could be well worth a visit if you have Protestants in your family tree. Lots of  Limerick Protestant records which are not yet digitized will be on display.

A short history of the Kerry O’Connors

It was from Ciarr, son of
Maeve of Connaught and Fergus Mac Riogh, an Ulster Prince, that the name
Ciarrai (Kerry) originated. Ciarr was born at Rath Cruachan, Roscommon, in the
second half of the second century, educated in County Limerick, and accepted as
a ruling Prince by the people in the neighbouring North Kerry. It was from
around the year 600, that Ciarr’s descendants, known as the Ciarriage Luachra,
dispossessed the ruling chieftains of the Alltraige tribe, who by the way were
thought to be Picts from Scotland. From the Shannon to Tralee became known as
Oidhreacht Ui Chonchubair, the inheritance of Conor, later anglicised to
Iraghticonnor. The name Chonchubair becomes more familiar around 996, when the
principle residence near Doon, Ballybunion, came into being and O’Connor became
known as the “King of the Cliffs”.

O’Connor supremacy came to
an end when the Normans raided deep into Kerry and became the new overlords.
The gradual loss of lands to the Normans drove O’Connor to build a more secure
home at Carrigafoyle, along with the ones they had at Asdee, Tarbert, and at
Ahalanna, Moyvane. It was a John O’Connor who founded the Franciscan Monastery
in 1470, who set about building Carrigafoyle, and who’s ruins we stood before
today. The times though were troublesome ones for the O’Connors and on Palm
Sunday, 1580, the castle was attacked by Elizabethan forces and the garrison of
sixty human souls were slaughtered, including some Spanish seamen who were
there at the time.

The most spectacular of
all the O’Connors was another John, known as “Seán Na gCathach” (John
of the Battles). A name richly deserved for the spirit and determination he
showed in defence of his tribe. In 1600, he again takes possession of
Carrigafoyle, but losses it once more to another Elizabethan adventurer, Carew.
John had meanwhile married Julia, the daughter of O’Sullivan Beare, joined his
forces after Kinsale, and mustered their combined forces at Glangarriffe, where
they held out for a year until suffering another defeat at Dunboy.

But still the resistance
continued and on the night of 31st December, 1602, the two chieftains O’Connor
and O’Sullivan Beare, set out on their last battle with a thousand men between
them, on a march up the country to answer O’Neill’s call for assistance.

They finish up at O’Rourke’s Castle, at
Dromahaire, with thirty five survivors. But all is lost. The O’Connor line ends
when another John, out in the field against Cromwell, is finally captured and
led to the scaffold in the company of Boetius Egan, Bishop of Kerry. Thaddeus
Moriarty, Prior of the Dominican Abbey of Tralee. And Pierce Ferriter, poet and
soldier, along with Tiege O’Connor, Lord of Tarbert. All the O’Connor lands were
then forfeited to Trinity College, Dublin.

The death took place in England on January 27th last of Joseph Collins.  Joe, who came from Coolkeragh worked in Moloney’s Garage in Market St. He was aged 70 at the time of his death.

Three come along at once

Life bowls along nicely in Listowel with nothing much to relate and then yesterday we have 3 celebrations in one day.

March 7, yesterday, was Interntional Book Day and the Seanchaí celebrated with readings from local writers.

Today is International Women’s Day and North and East Kerry Development celebrated yesterday with a seminar in St. Johns.

The Credit Union Movement came to Listowel 40 years ago and our local branch celebrated with a party.

I only made two of the three events and I’ll bring the photos next week.