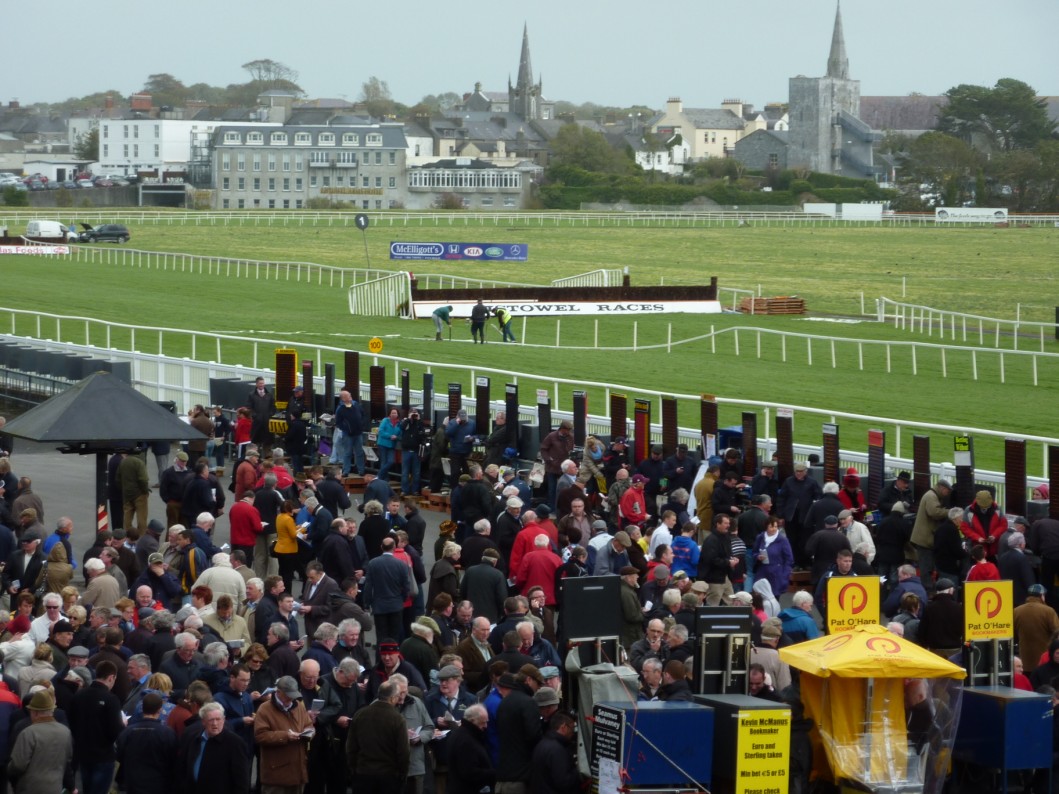 Yesterday’s big race was won by Alpha Beat. The crowd was smaller than the huge swell of other years but there was a lively atmosphere on the island. I only saw 2 helicopters,  a big change from Wednesdays of yesteryear. In 50 years time maybe some of today’s youngsters will be recalling their racing memories and they will regale a new audience with tales of huge crowds, massive sums being gambled, politicians at every elbow and style to beat the band. 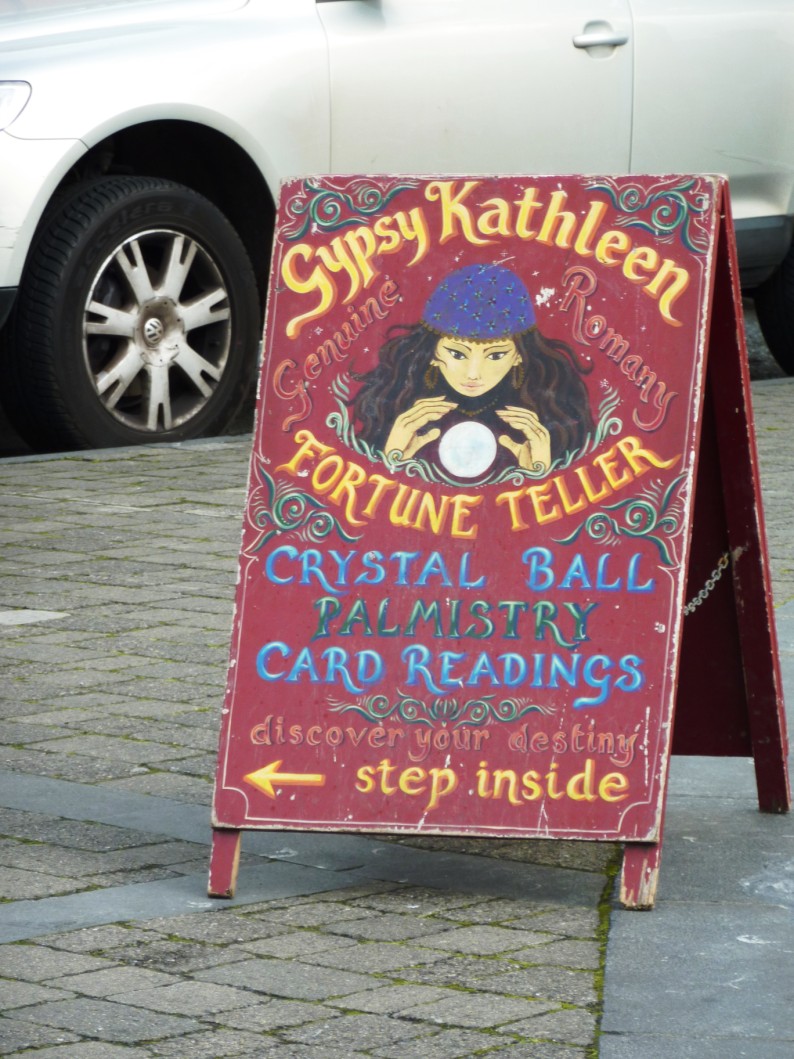 Gypsy Kathleen’s business is back a bit too

Meanwhile Vincent’s story for us today is a salutary tale of hard times when everyone pulled together and, when called on, all shoulders were immediately to the wheel.

Listowel had its own public address system, known as Radio Listowel. It consisted of a series of permanent loudspeakers at appropriate locations in the town.  The broadcasting system was funded and erected by The Listowel Decorations Committee. Money to pay for this was raised by a series of Silver Circles and other raffles. The broadcasting unit was in a back room in Michael Kennelly’s Travel agency in Market St.  It was operated by Michael and his wife, Helen.  It was used extensively during race week but also throughout the year for all types of public announcements.

I remember one particularly wet year when a call to arms was broadcast on Radio Listowel. An urgent appeal was being sent out to all able -bodied people in town to attend at the island on the particular morning. The course at O’Leary’s side was waterlogged. The assembled men were asked to fill in the water logged divots and to spike the ground with a rod or a stick to help with the drainage.