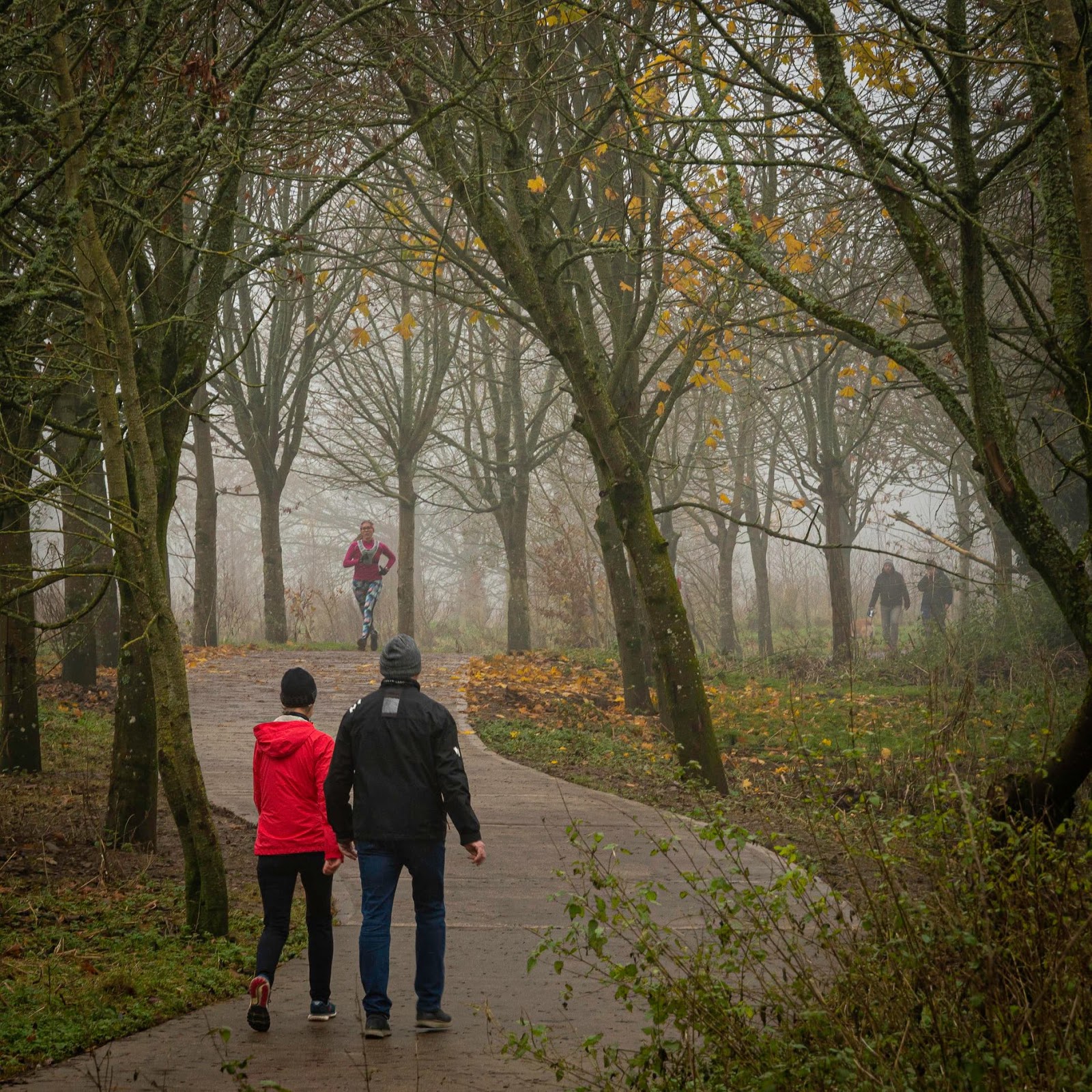 “The heart that has truly loved  never forgets” 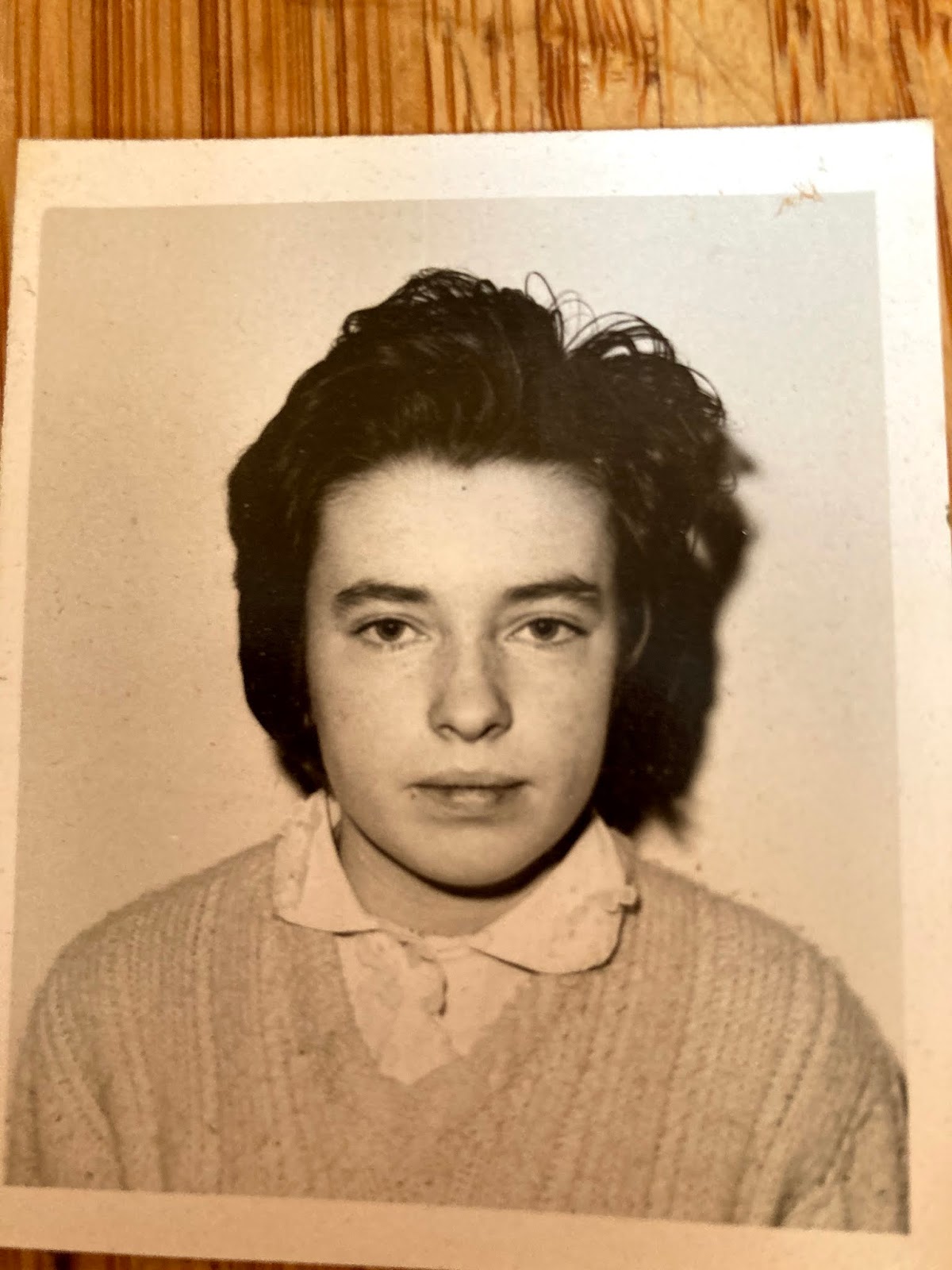 This is the last photo of my only sister. She was Nora Christina Ahern, called Ina at home and Chrissy in school.

This photo was taken in Mallow Hospital. She had put on the jumper over her nightdress so she would look “dressed”.

She is not smiling because it is a passport photo. Indeed she has little reason to smile anyway because she is very ill.

It is  March 1964. She is 15 years old. A month later on April 10th she passed away. She never got to Lourdes so the passport was never needed after all.

In this photo, Ina is wearing a yellow jumper she knitted herself. Because she was 15 she was too old for the children’s ward so she was in a ward with all the old women. They were lovely to her and she became one of them. Their pursuits became her pursuits. She knit with their encouragement and she joined in the exchange of patterns. She read Ireland’s Own and discussed the latest adventures of Kitty the Hare. Best of all she prayed with them. Every evening the women of the ward took out their rosary beads and said the family rosary. Ina, who, before her illness, had been a bit of a tearaway, fell into line with her new friends. She took consolation and support from the communal prayers. She knew that many of the older ladies were praying for a peaceful death for themselves and for each other. They desperately wanted their youngest patient to get better.

I know now what I didn’t know then. Ina was never going to get better. She was in the departure lounge too.

I think of my sister often, especially at this time of her anniversary. She is part of everything I do. Today she is part of my blog. 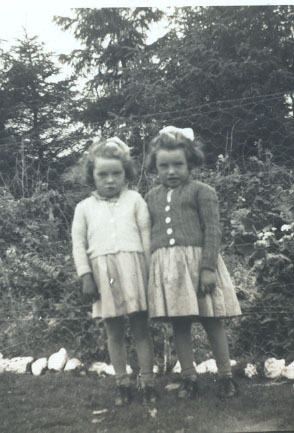 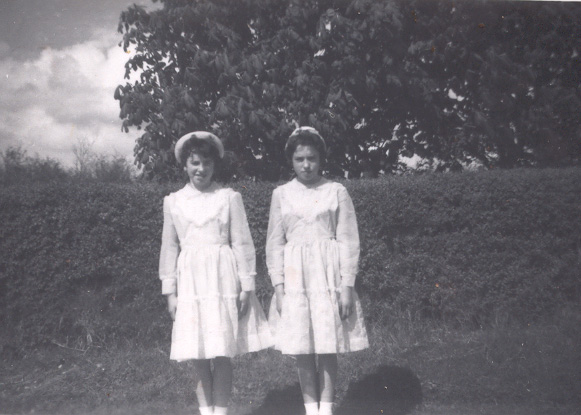 Aged 13 and 14 on our Confirmation day

Mary, I like to phrase ‘out beside it.’  In South Meath, we say, ‘You’re out by the side of it’ when we point out to someone  that they are wrong or mistaken about something. One memorable instance of this was when a school-mate of mine, having had a few clips about the ear from the Master, retorted: ‘If you think you can ‘bate’ me like that, you are out by the side of it!’ Well, he would have been if it had happened these days… Nicholas L.

Cycling, Market Street and a New Book to Look Forward To

Old Coins, A Proud son of Kerry, a Happy Day in Listowel in 2009 and a Shout Out to Blog Followers Living Abroad