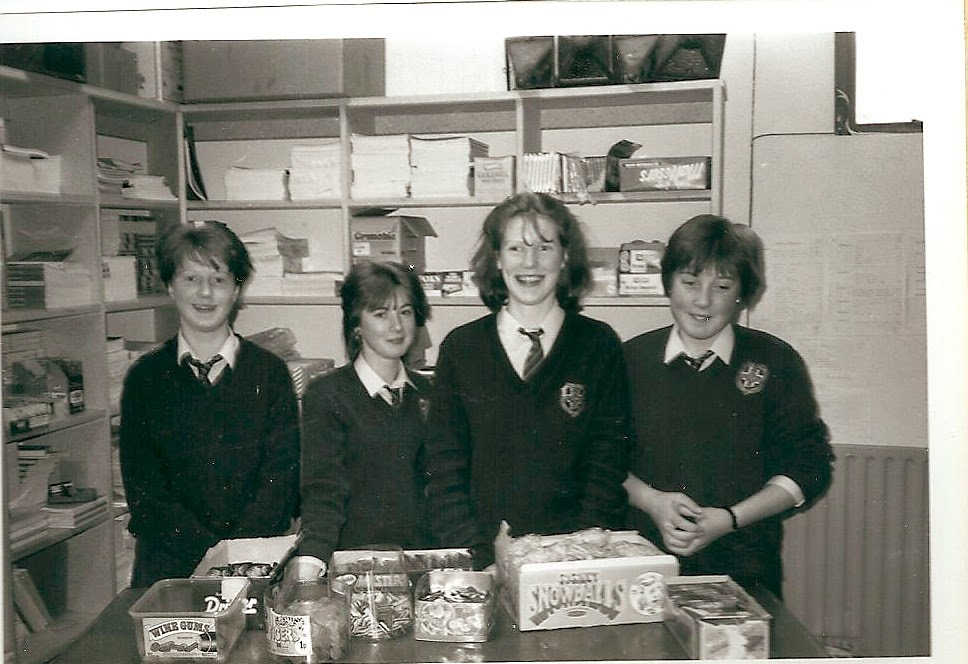 Pres. Girls, do you remember the school tuck shop? This photo is from the eighties. Can you name the shop assistants?


Another Great story from the old Rathea and Irremore Journal

The
parish of Lixnaw covers a big area of North Kerry. It stretches from the bounds
of Ballyduff to Lyrecrompane. There are three churches in the parish, Lixnaw,
Irremore and Rathea. Rathea was the last church to be built in the 19th
century. My grandmother told me that before Rathea church was built the people
of the upper region attended mass in Irremore. They came through the fields
with their shoes in their hands and put them on when they were near the church.
So much for the faith of our ancestors.

My
grandmother was Mary Dillon and was born in Gortacloghane. She was known as
“Marie the glen” as she was born down in the valley. There is a field
there in Tim Kennelly’s farm that is still known as the Glennies field. Close
by is Gleann an Aifreann (the mass glen). There is a mass rock there where
priests said mass during the penal days. My father was Ger Lynch a native of
Lyrecrompane and a tailor by trade. My mother was Liz Kirby from Mountcoal.
They lived in a thatched house at the crossroads in Rathea where the Grotto now
stands. There was another house joined to ours occupied by Maurice and Mary Mc
Elligott and he was known as Maurice Bán. To look at that site today you would
wonder how two houses fitted there never mind a rick of turf at the end of each
house. Those were the days of the horse and cart – there were not many motor
cars then. The crossroads were known as the “Tailors Cross”.

If
ever there was a rambling house ours was one. All the elderly men of the
locality would assemble at our house every night each one having their own
piece of news of the day. Men like Garret Galvin – he was the Father of the house.
Jack (Garret) Galvin Micky óg Galvin, Paddy (Con) Galvin, Jeremiah (Ger)
Galvin, Tim Kennelly, Mort Donoghue and many more. Where they all got room I do
not know but they did. My father had a big table at the end of the house for
cutting out the suits of clothes on. Jack (Garret) Galvin would always lie up
on it with his knees up and his hands under his head. When it would be nearing
my bedtime I would slip up and lie flat inside Jack to keep out of my mother’s
view trying to stay up as long as I could. I was very good for doing jobs for
my mother especially bringing the spring water. I had a small container and I
would make a number of trips to Micky óg Galvin’s every day. The daughter of
the house Julia Galvin (Shiels I used to call her) would raise the water for me
from a pump in the yard. When she had it she would always give me a cut of
currant bread or failing that a cut of bread and jam. (You see now how I was so
good for drawing the water).

Television
was not even heard of then and the radio was just coming on the market. I
remember the first radio to come to Rathea. It was to Jack’s (Garret) house in
the early thirties and it was worked by batteries. People had to depend then on
the paper for all the daily news. The paper came to our house every day. The
price of it was one old penny and each of the ramblers would buy it in turn. It
was bought by a young student from Lyrecrompane who was attending St. Michael’s
College in Listowel  a long cycle then
over rough country roads. There was no tarmacadam then. That student was later
to become Fr. Jack Nolan and he ministered in
Australia. A lot of water has gone under the bridge since then. He is
now retired in his native Lyrecrompane.

Since
everyone could not get a piece of the paper, the set up was that Paddy (Con)
Galvin would stand up to the oil lamp then and read out all the news to his
audience. You could hear a pin drop while he was reading. When I look back on
it now it was like watching the newscaster on the television.

I
started school in Rathea at the age of four. The school was only a couple of
hundred yards over the road. My first teacher there was Mrs. Peggy O’Shea. She
was staying at Micky óg Galvins. She was later transferred to Dromclough and
married the principal of that school
Master Bartholmew Rohan. She was the mother of the present principal
Master Kieran Rohan.

I
was only eight years when my parents left Rathea and went to live in my
grandmother’s house in Mountcoal. My three brothers went to Dromclough school,
it was nearer but I would not change from Rathea. I had great school pals there
in Denis and Bill Kennelly, Michael and Brendan Galvin, Seán (Neon) Trant and
many more. It was a good journey for an eight year old but come early Spring I
would jog along that road barefooted as happy as the birds on the trees. My
first port of call every morning would be to Mary (Carey) Greaney. She was an
early riser and she would be always baking her bread for the day when I would
call.

It
was in Mountcoal I grew from boyhood to manhood and I have many memories of
those days. During the winter, Sunday would be spent hunting hares with Tom and
Dick Fitzmaurice, Tom Fitzgerald, Tom Joy and that great huntsman himself
Jerheen Hayes. During the summer there would be a great crowd playing football
in Relihan’s field. Mountcoal Cross or “The Hut” as it was known was
a great meeting place for all the boys around. There was a big population in
Mountcoal then. About 1950 the crowd at the cross started to get small.
Emigration opened up and all the young men and women took the boat to England.
There was only a small number of us left.

Jim
(Tade) Galvin was a great favourite at the cross. He was a Rathea man himself.
He bought a farm near Mountcoal Cross in the estate of Arthur Gentleman and
built a house there. He did not smoke – he always chewed his tobacco he said it
was more satisfactory. He was a great man to tell stories of bygone days and if
you quizzed him his answer would be “Tameneys man that was no
treble”. Another man who was a great friend of mine was Denny Flaherty
(Senior). He was a low sized stocky little man that would play cards until the
cows came home. As a young lad he often played cards with me by the fire on a
board on our knees. During the winter his house was a great gambling house. The
players were John Hartnett, Ned Fitzgerald, Jerry Mulvihill, Jack Sullivan and
many more. The stake would be a penny in forty one.  The last game of the night would be for
tuppence, this was called a rubber. You would be anxious to win that game as a
shilling then was money when the farm wage was fifteen shillings a week. (75p
today). Out of that you had to pay for your keep at home, you also had the
money for the Crosses dance on Friday and Sunday nights not forgetting the
packet of Woodbines and the bottle of Brillantine.

Here I must sing the praises
of three great women in the locality. They were Mai Flaherty and the late Molly
Mulvihill and Mary Joy. They were midwife and undertaker in our locality. They
brought many a one into the world and laid out many more including my own
father for their last journey. There was no funeral homes then. I am sure God
will reward them for their work.

Dinny
Flaherty went to the rambling house at Pike every Sunday night for a game of
cards with his old mates. They would have the house to themselves that night as
all the younger crowd would be gone to the dance at the Crosses. During that
time I met Babell Mahony. She was later to become my wife. She worked for a
number of years with Mrs. Trant in Tournageehy. On our way home from the
Crosses dance we would nearly always meet Dinny coming from Pike. You would
hear him coming along. He would be smoking his pipe and humming away to
himself. I would say to him “well Dinny how was the going tonight “.
He would say “Yerra I was left holding my own Teagheen. What about
yourself, did you get a Kit-Kat”. He was one jolly little man. May God be good
to his noble soul.

In
1954 Babell and I got married and I came to live at her place in Tournageehy.
We had five children, four boys and one girl. They are all now fledged and
flown, two in America, one in Belgium, one in Dublin. The only girl I had is
married to local man Mike Dowling, Bunglasha, Duagh. We are once again back to
square one where we started. The clock has gone well around. We will be
celebrating our ruby anniversary (forty years of marriage) this year. Maybe
with God’s help and a bit of luck we might see our golden jubilee.

“I remember the first time I met her,

Those days I often recall,

when we danced hand in hand,

down in Regan’s dance hall”.

St. John’s then and now 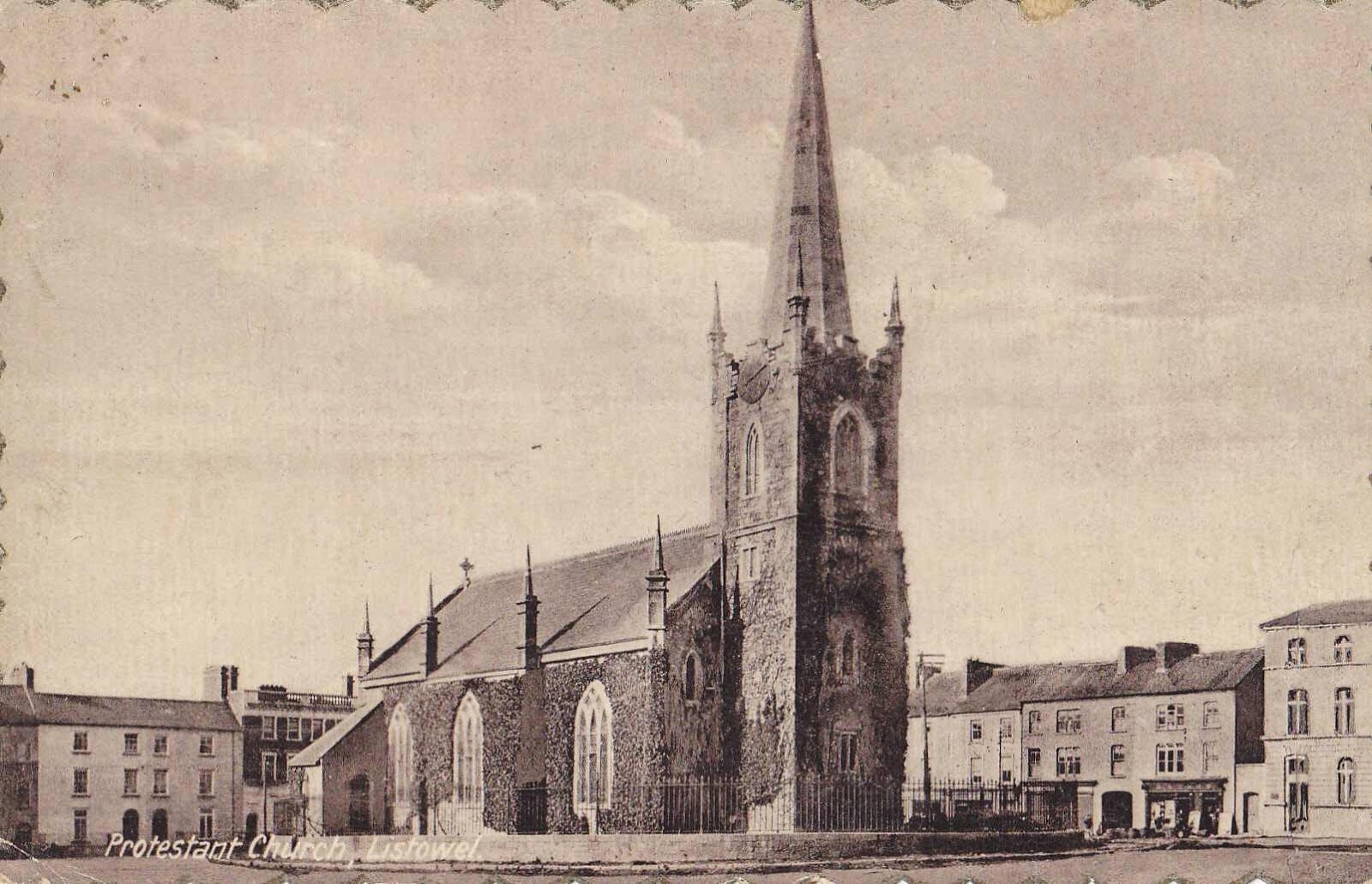 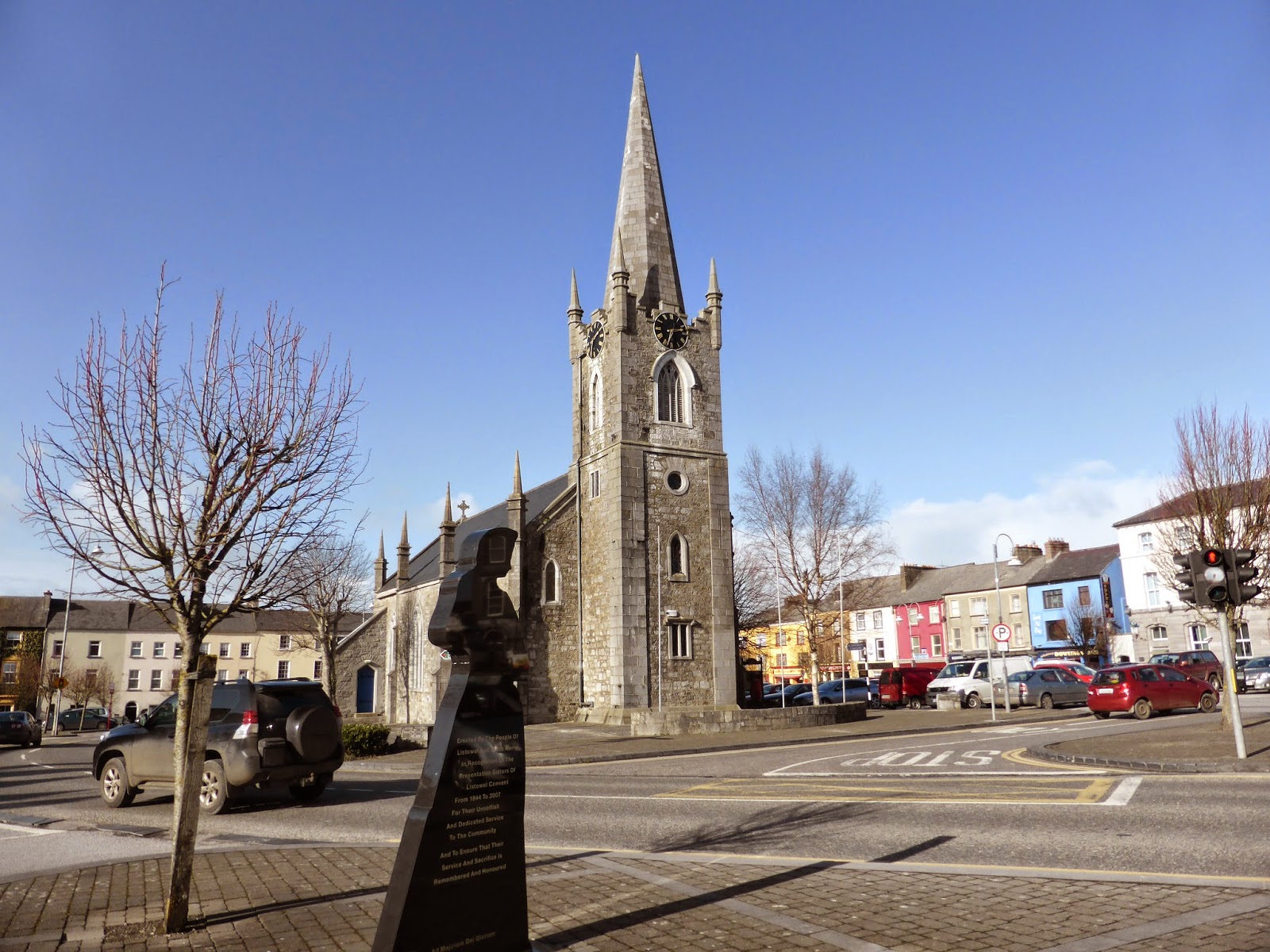 The reaction in the Kingdom to this second coming is bordering on hysteria. Can’t a man change his mind?

Form is temporary; class is permanent