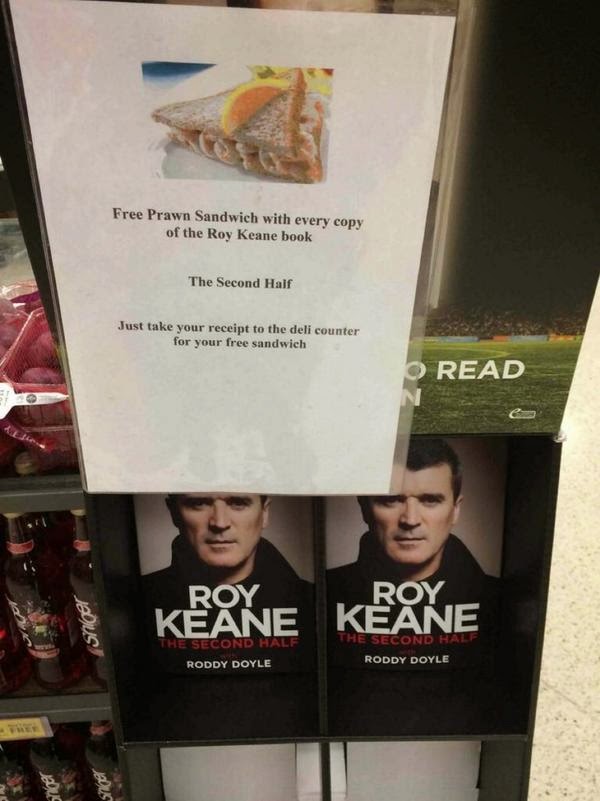 Listowel Scouts in Donegal in 1946 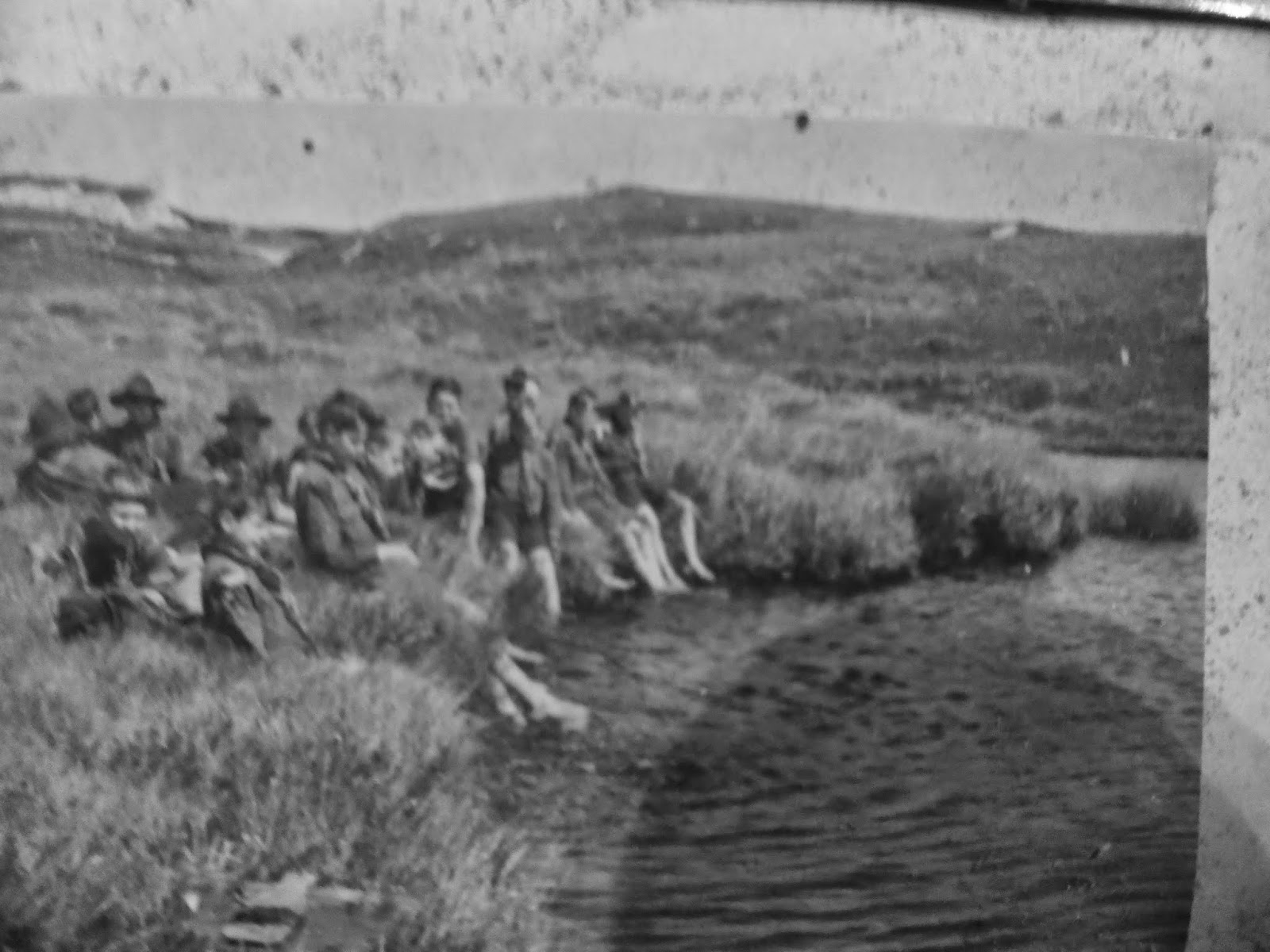 bathing their feet in a mountain lake 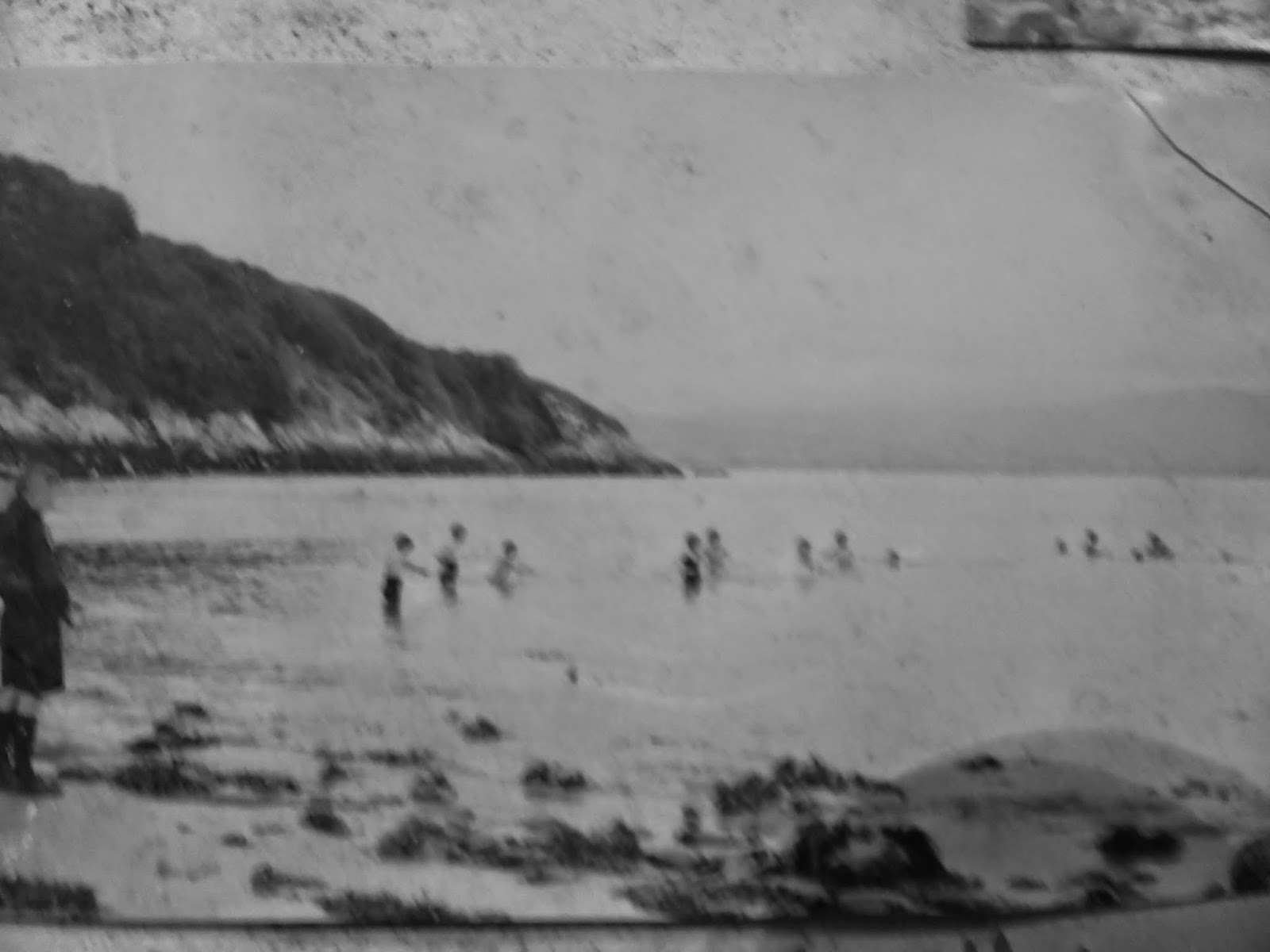 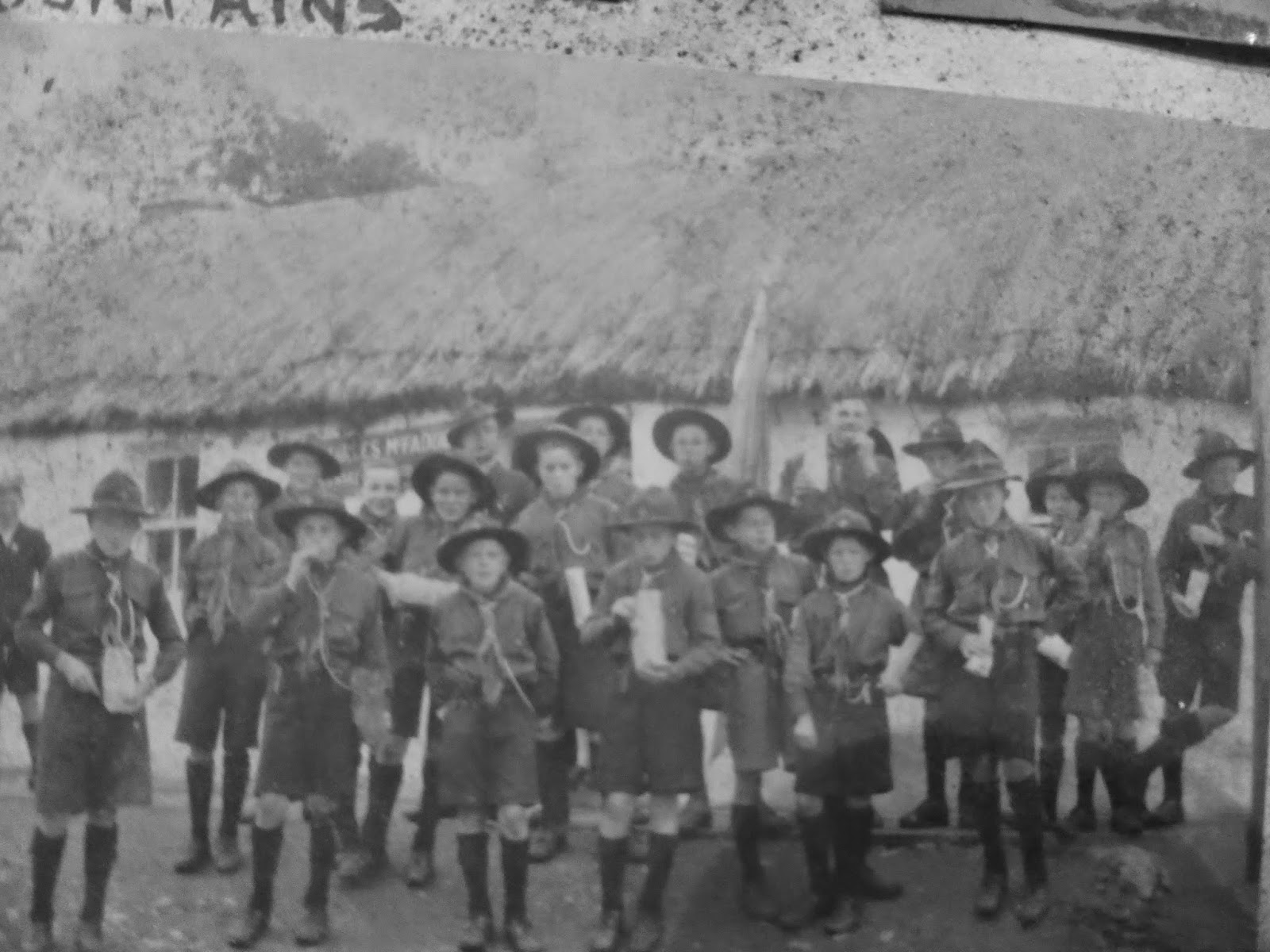 At the village shop in Glenveigh. Some of the boys have bought bags of sweets. 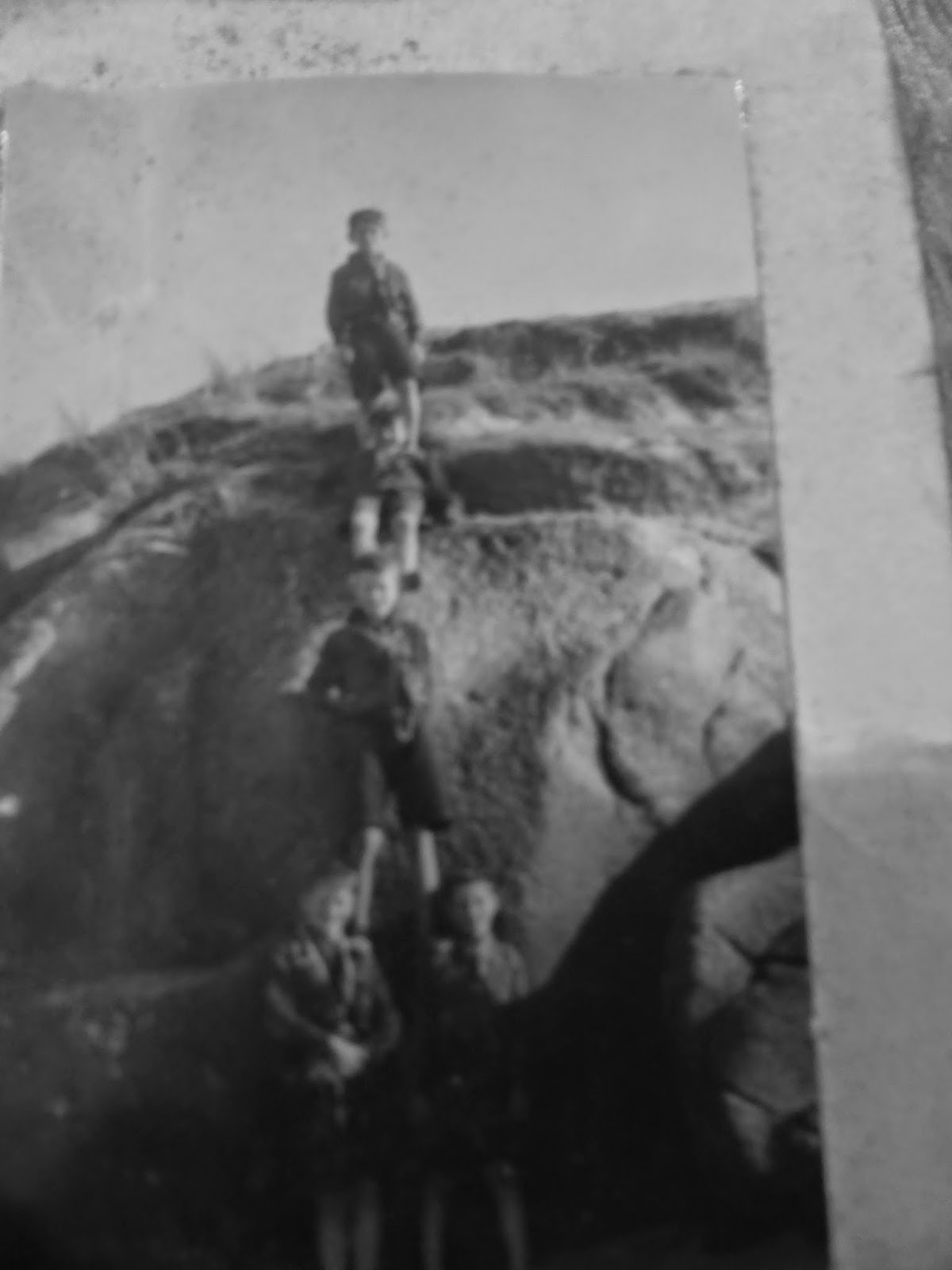 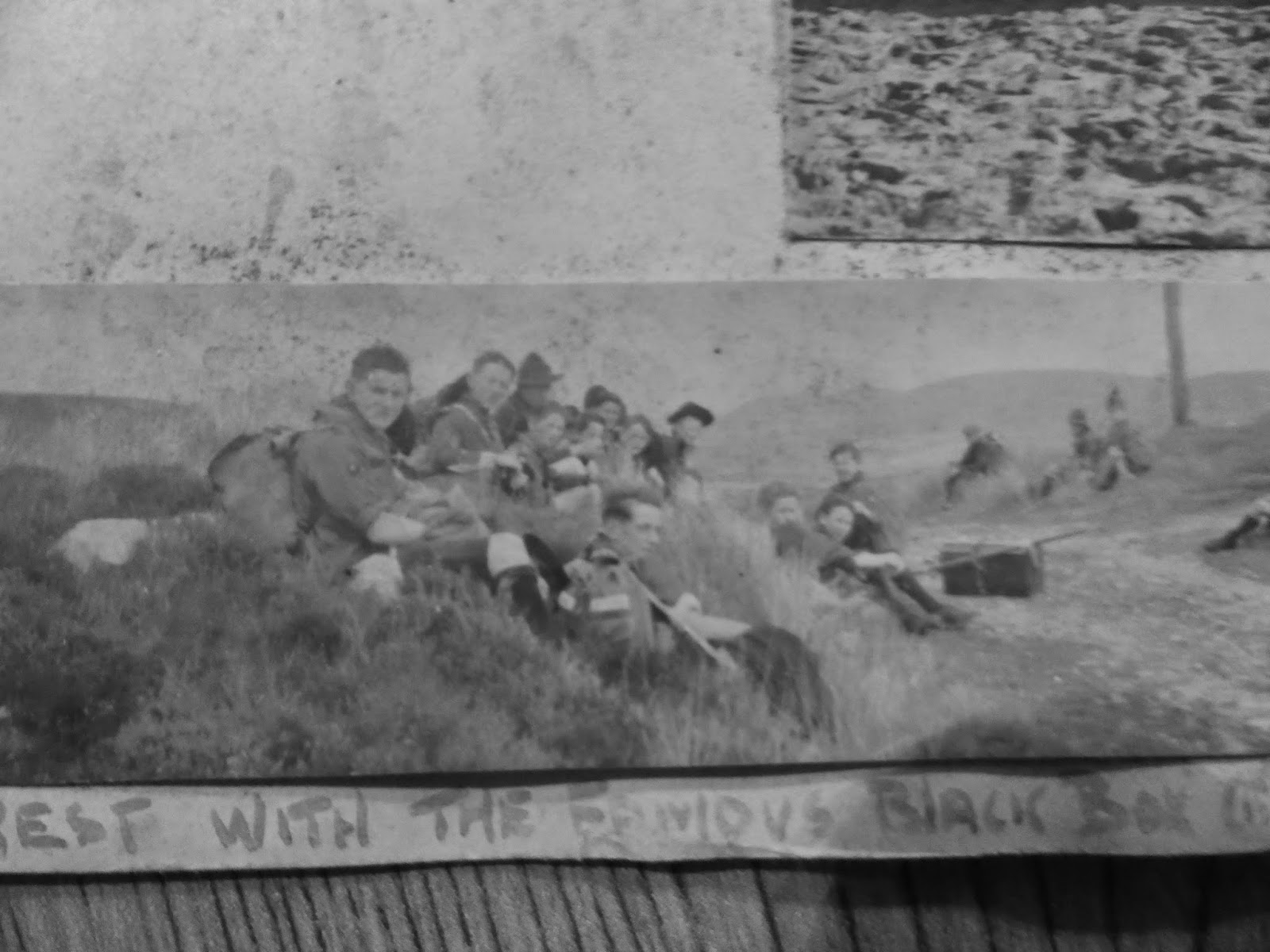 An extract from Fr. Anthony Gaughan’s Listowel and its Vicinity

During World War II and thereafter troops
throughout the country were no less active than those in the archdiocese of
Dublin. They instilled self-discipline and self-reliance and provided training
in outdoor and other skills. The extent to which troops enriched the lives of
boys both with regard to recreation and to useful activity can be gathered from
a pen-picture of any one of more than a hundred troops.  The success of
troops largely depended on the imagination, talent and commitment of their leaders.
Some were quite colourful. Few were more so than Michael Kennelly, of the 4th
Kerry and later 1st Listowel troop.

Kennelly served
behind the counter in the “Cloth Hall”, a family drapery business. A
founder member of the Listowel Drama Group, he co-authored a number of plays.
The 4th Kerry was established in 1931 but within a few years was wound up when
its leader resigned. Kennelly reorganised it, registered it in 1943 and led it
until he retired from scouting in 1953. The troop never had more than thirty
members. At the weekly meeting there was drilling and preparation for tests for
merit badges: for cycling, first-aid, horse riding, interpreting and woodwork.
An army instructor occasionally took members for gymnastics and exercises with
Indian clubs. For some years members were instructed in boxing and took part in
a competition with members of other troops at Ballybunion, Killarney and
Tralee. Sunday hikes were organised to scenic spots on the River Feale.

Kennelly was adventurous
when it came to planning the troop’s annual camp. At a time when others did not
venture much beyond county boundaries he took his troop further afield year
after year. In 1944 he took his scouts for a week’s stay in the An óige hostel
in Mountjoy Square. There were visits to the roof of Irish Independent house,
the top of Nelson’s Pillar, the Botanic Gardens, the Zoo and a football match
in Croke Park. In the hostel the troop had a sing-song with seven hikers from
the Shankill in Belfast.

All I know is a door into the dark.

Inside, the hammered anvil’s short-pitched ring,

The unpredictable fantail of sparks

Or hiss when a new shoe toughens in water.

These lines are from The Forge by Seamus Heaney

The forge as we knew it is gone but the trade of the blacksmith is carried on in the noble art of the farrier.

I was at home in Kanturk last week when the farrier came to shoe the horses. This man is a third generation farrier and an expert at his trade.

There is no furnace or anvil now. The shoes come ready forged but he still wears the leather apron and still has to mould the shoes to fit the horse. 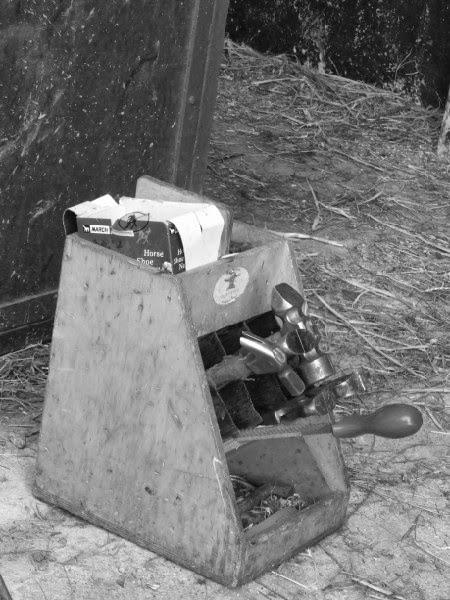 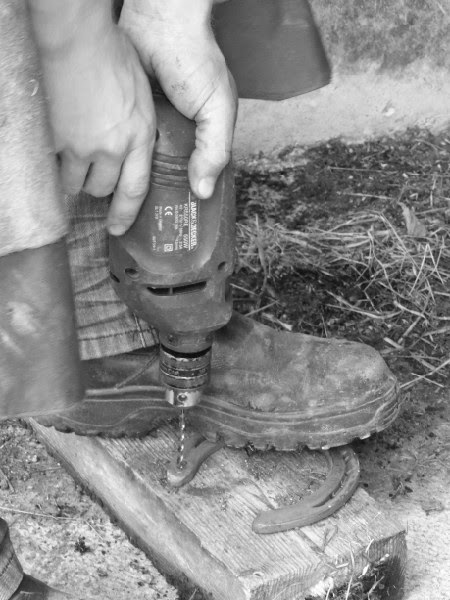 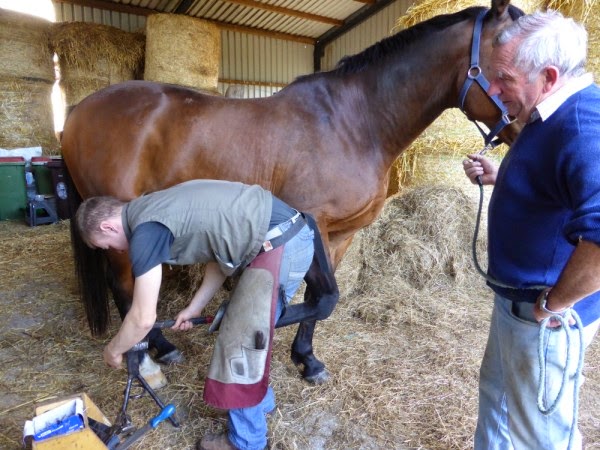 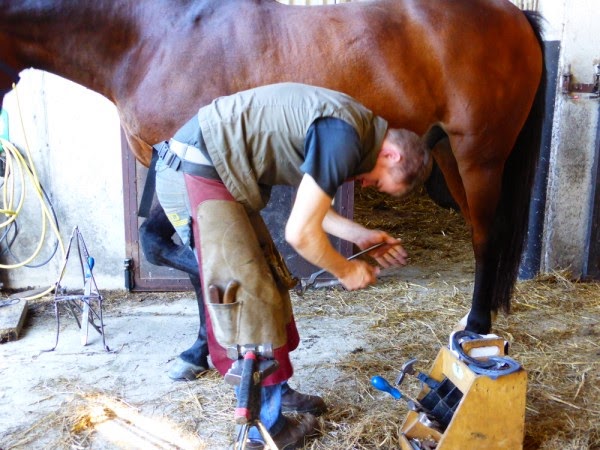 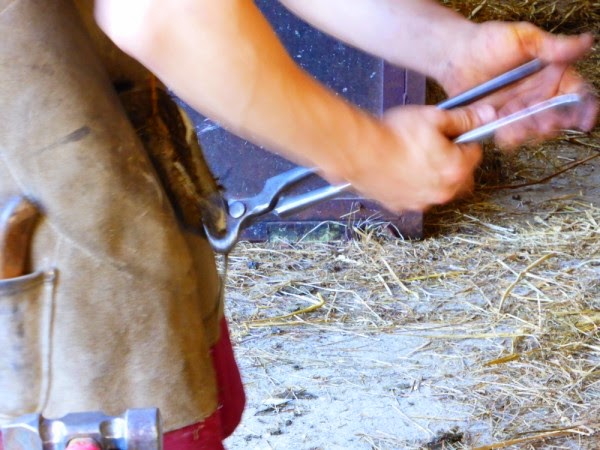 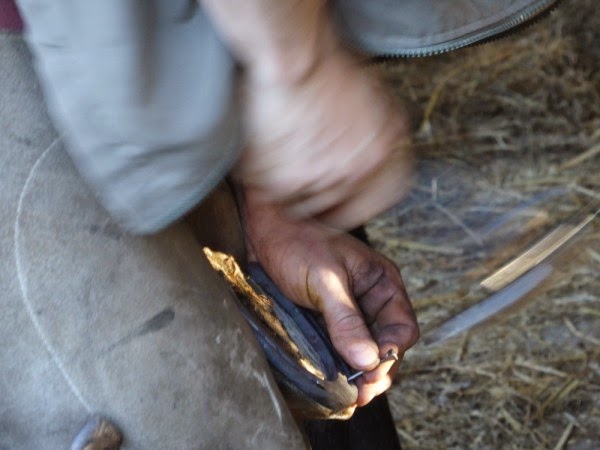 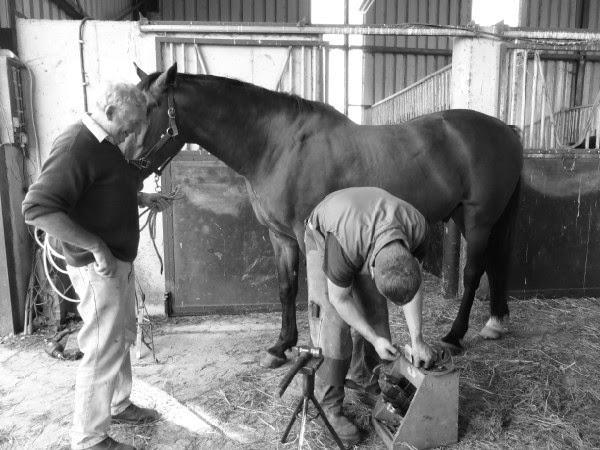 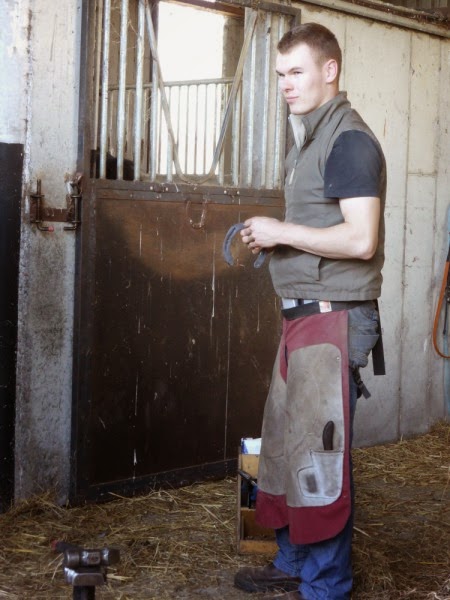 This particular farrier is also a world champion handballer. 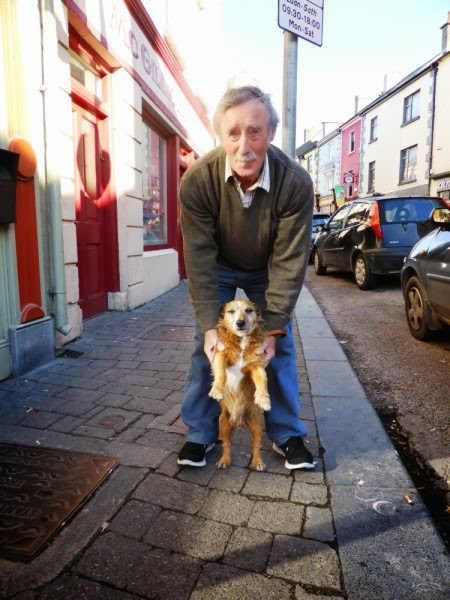 Roly and his dog posed for the camera on William Street yesterday.

Class of ‘ 94 reunion, Scouts and Duagh Sports Complex and Sea Angling in Ballybunion