I spent a lovely Christmas holiday in 2016 in the bosom of my family. Below is a photo of us all taken on Christmas Day in Bishopstown as we embarked on The Goal Mile. 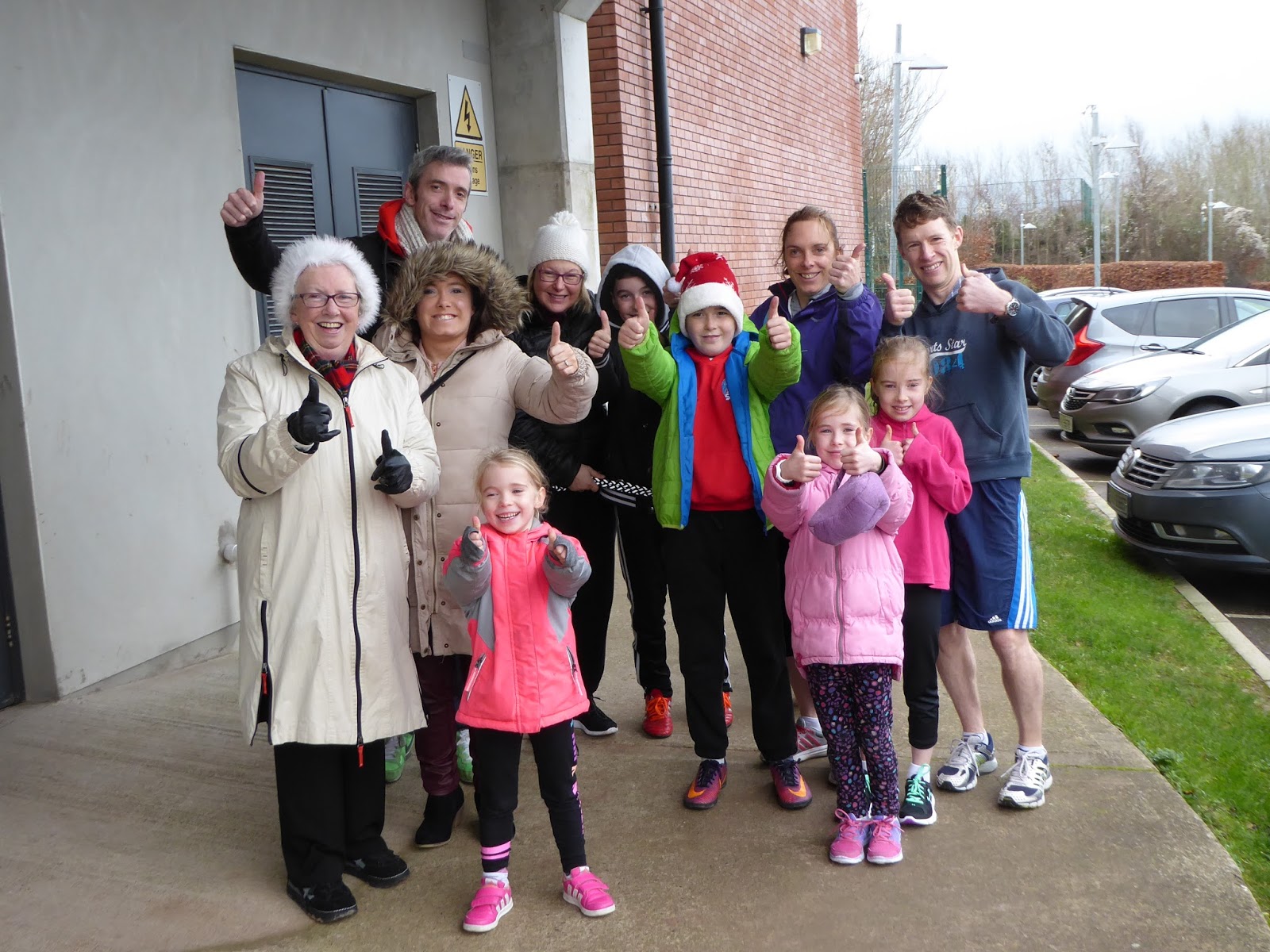 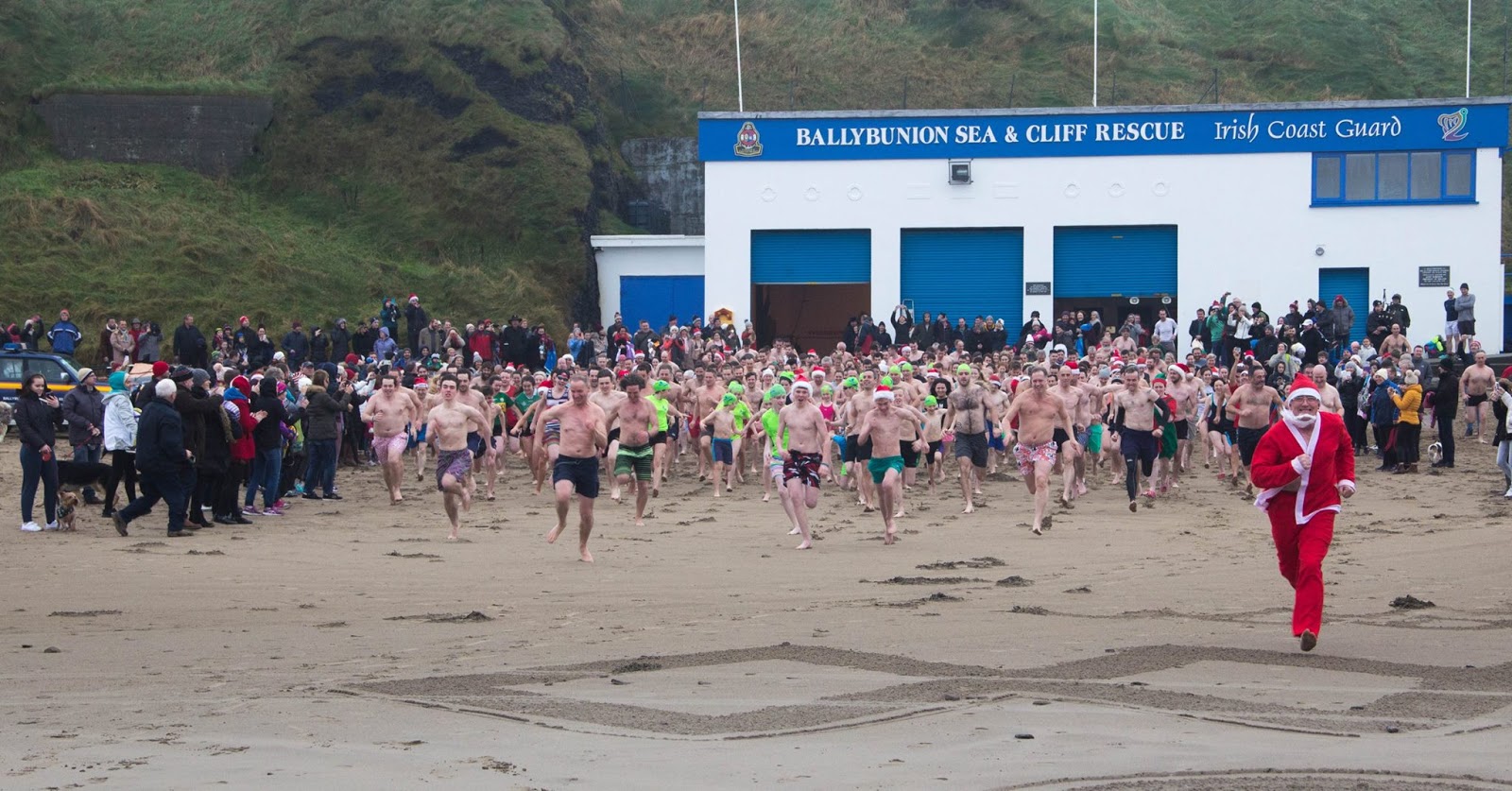 Meanwhile in Ballybunion, Santa led out a big group of hardy souls for the annual Christmas Day dip in aid of the Sea and Cliff Rescue. 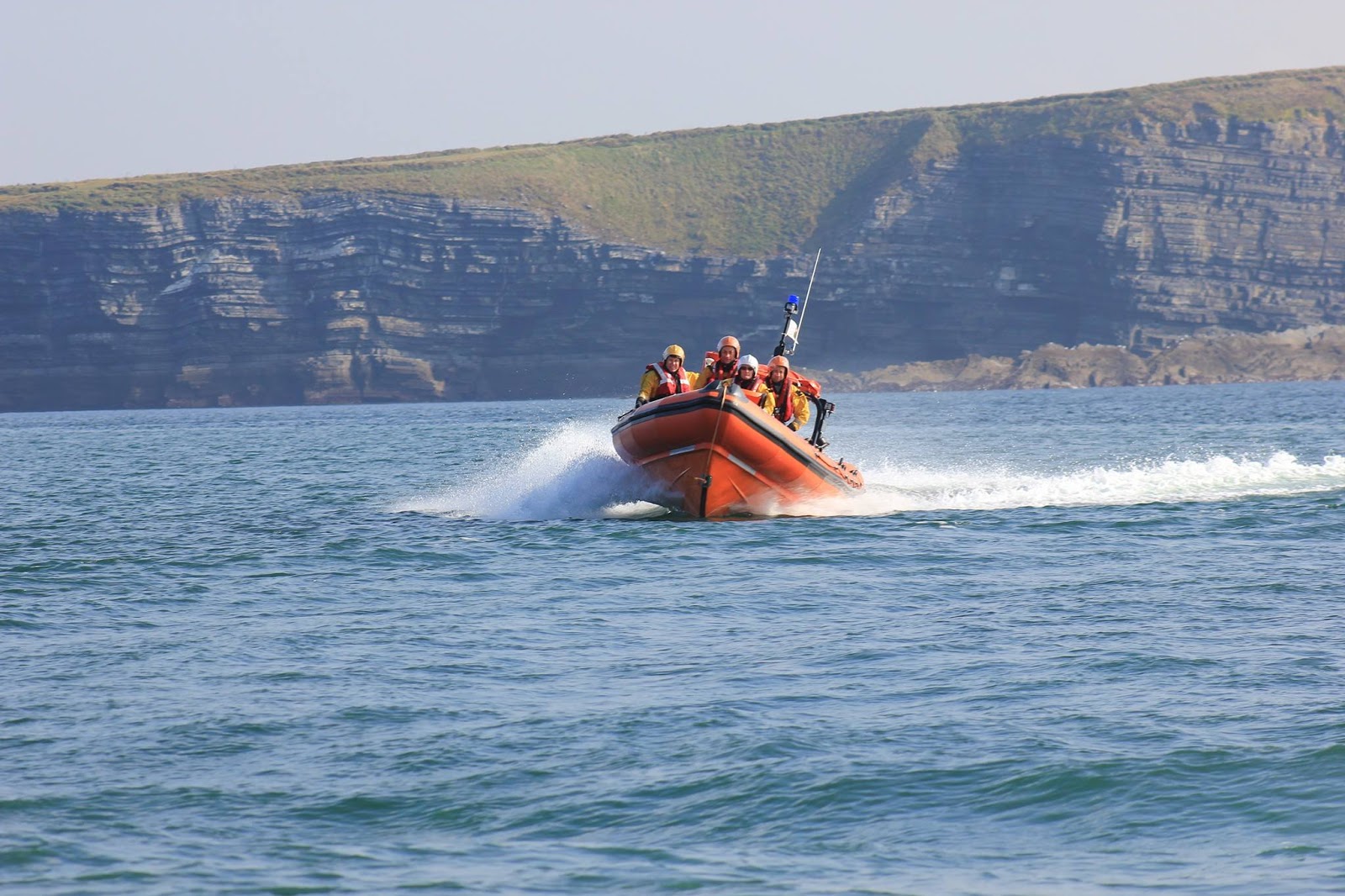 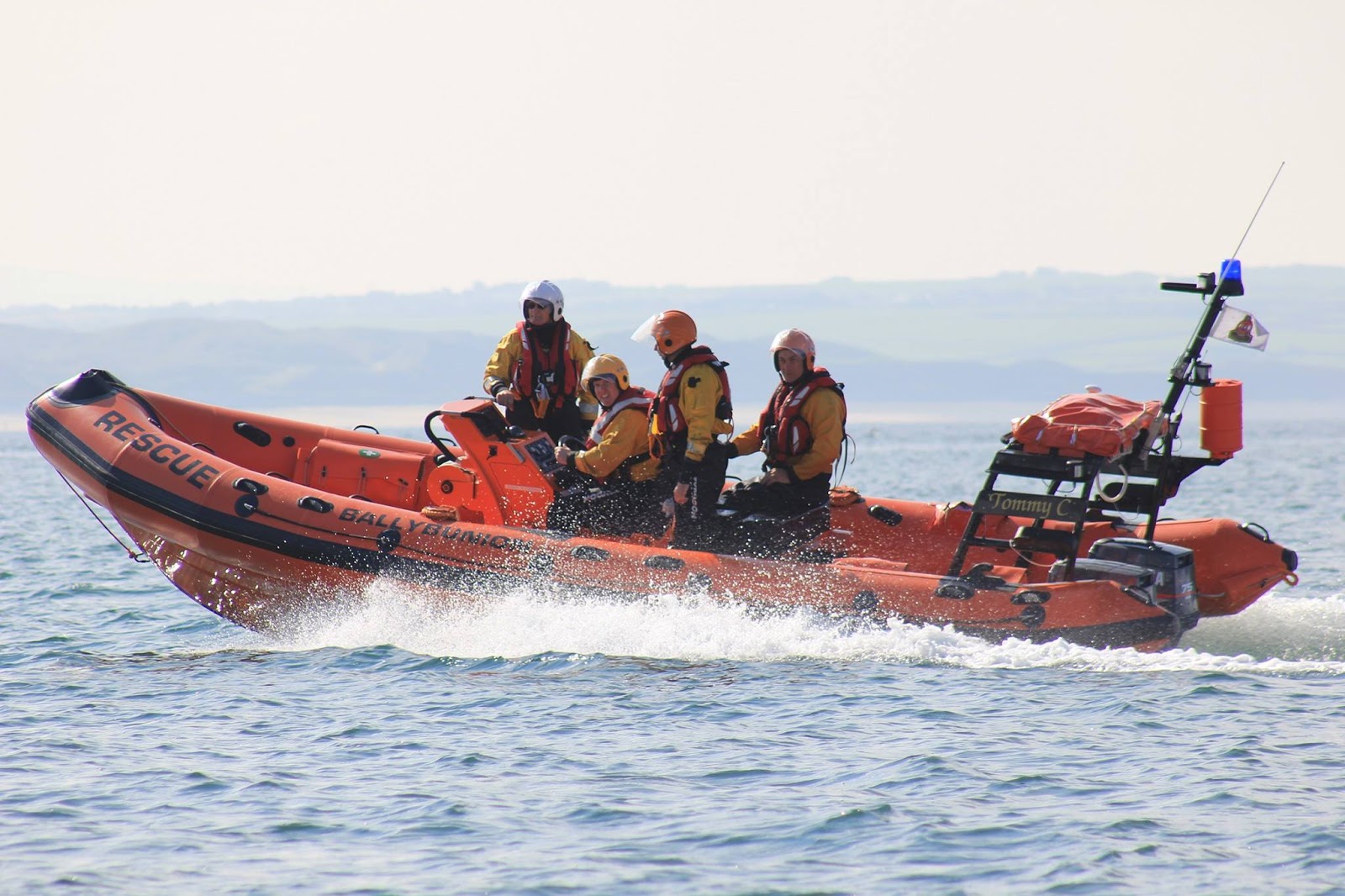 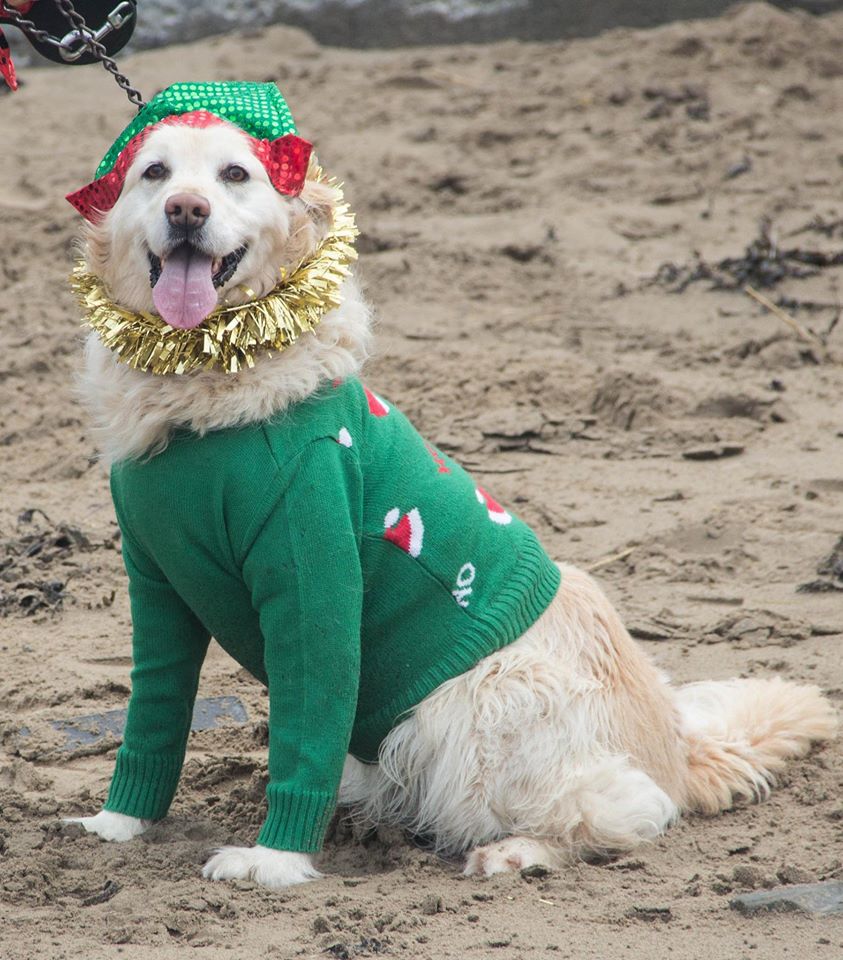 These photos were posted by Ballybunion Tidy Towns and Ballybunion Prints. Jason of BB Prints photographed his dog, Bella, who was snug and warm in her holiday attire. 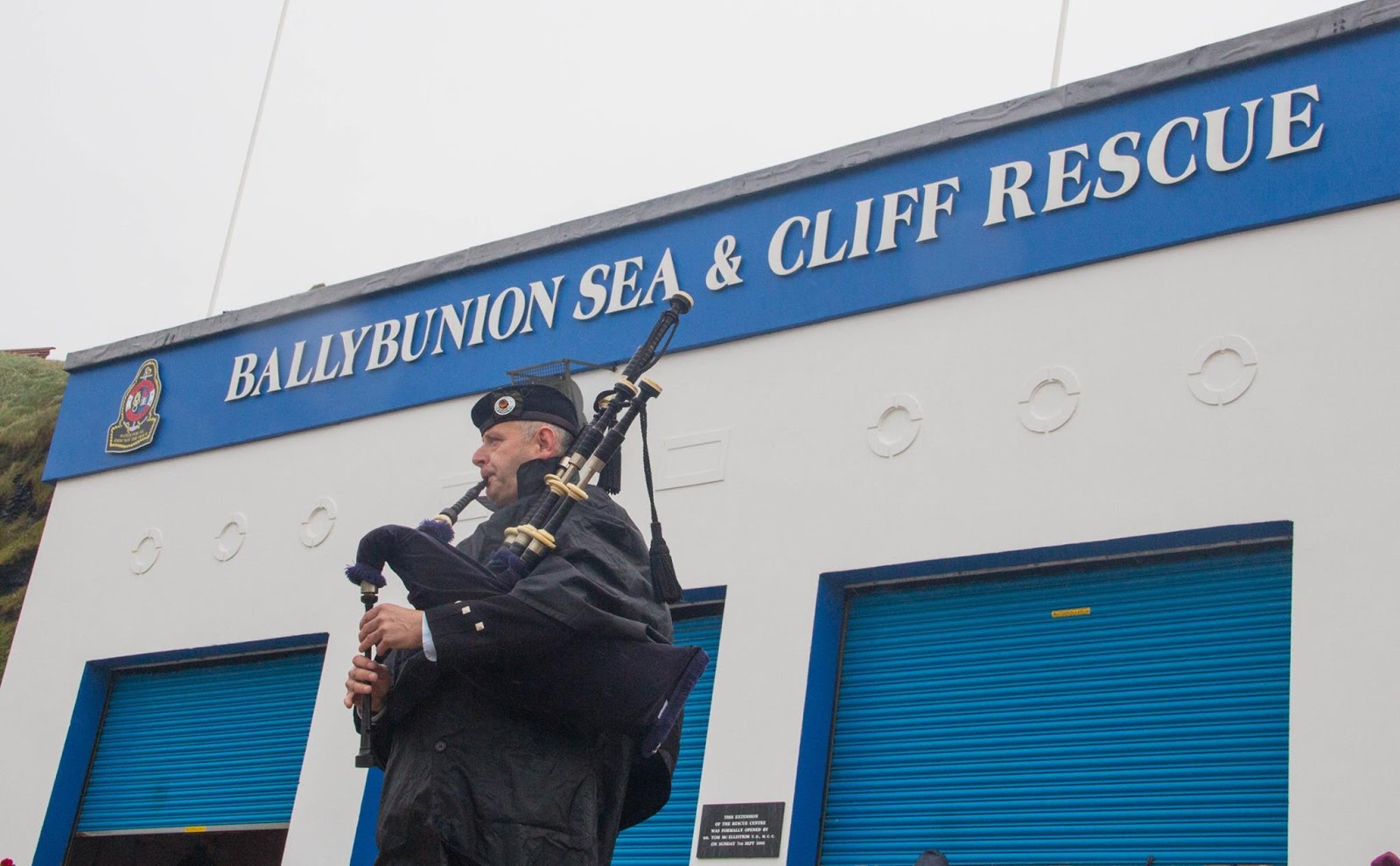 Local piper, Danny Houlihan, piped the swimmers into the water. 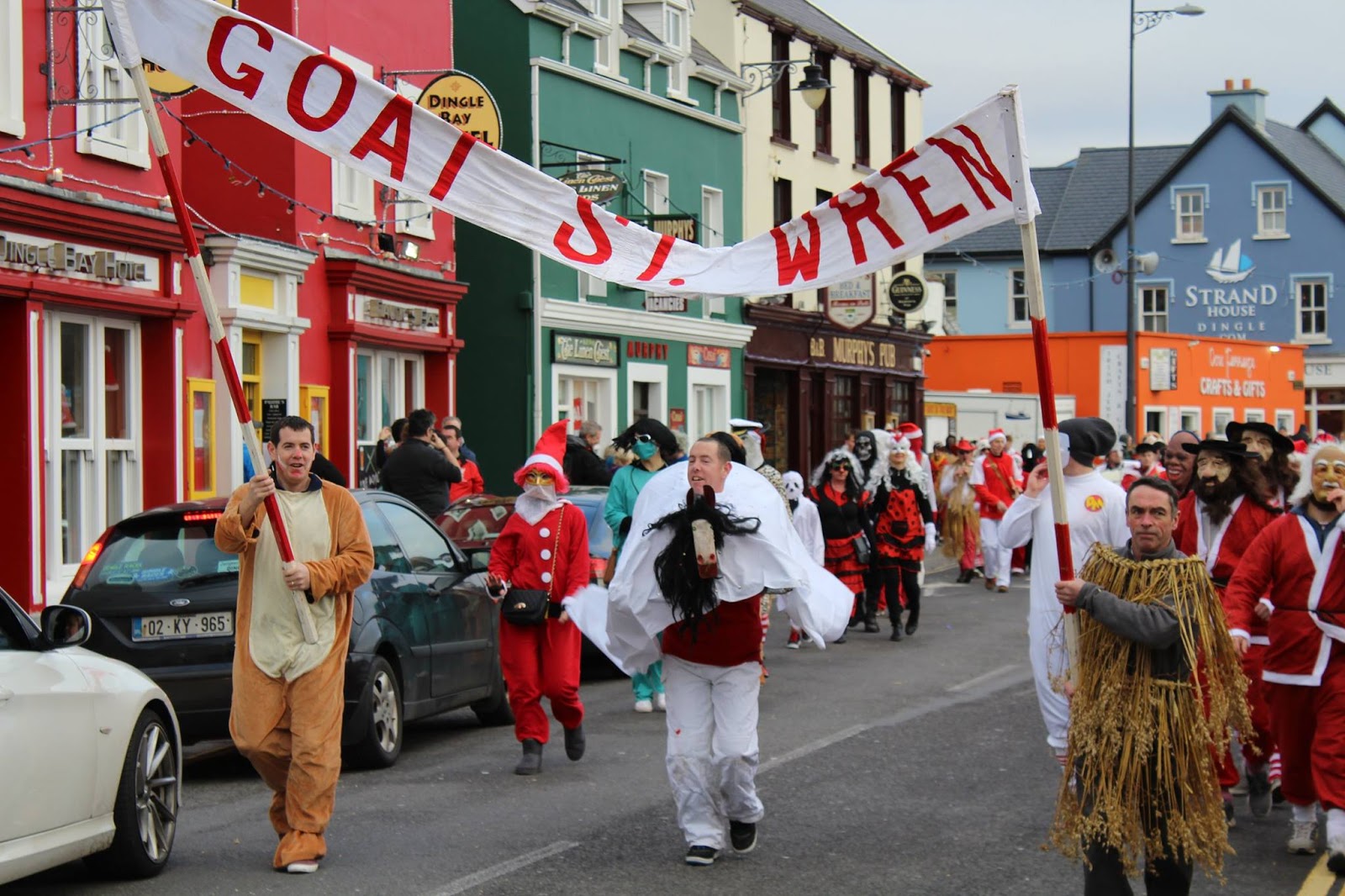 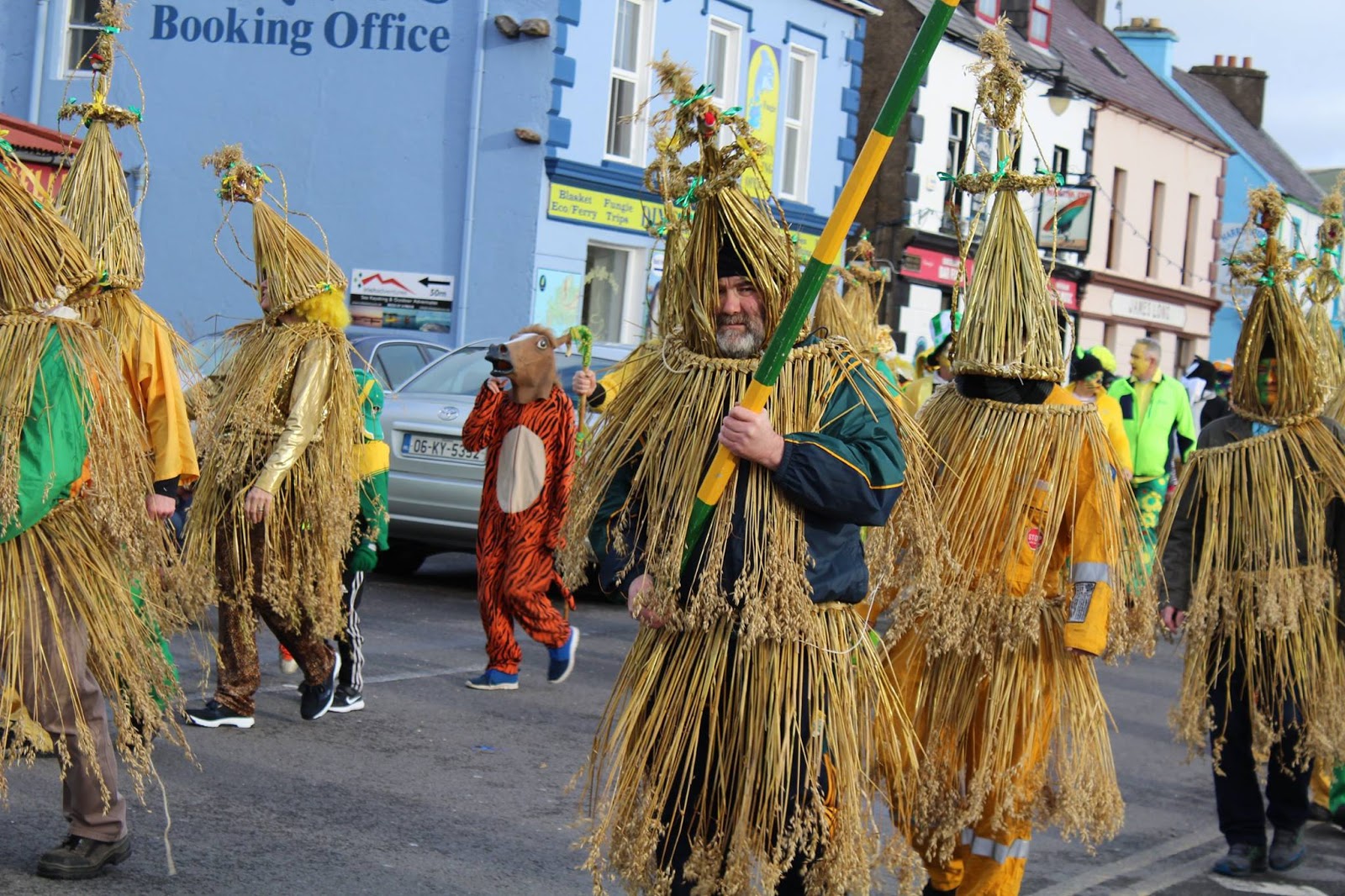 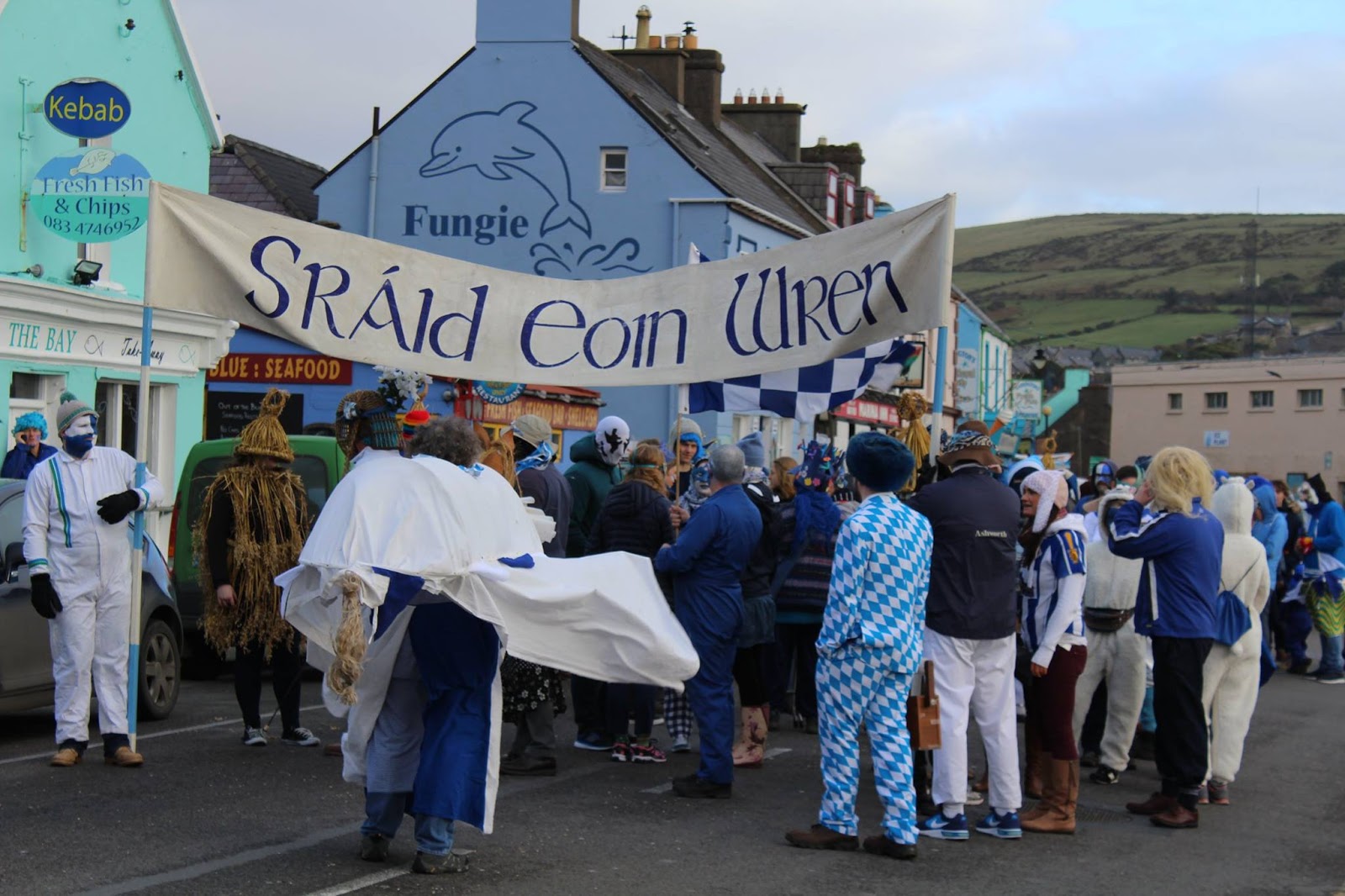 Caoimhín ÓSé posted these photos of the annual Wrenboy celebrations in Dingle. 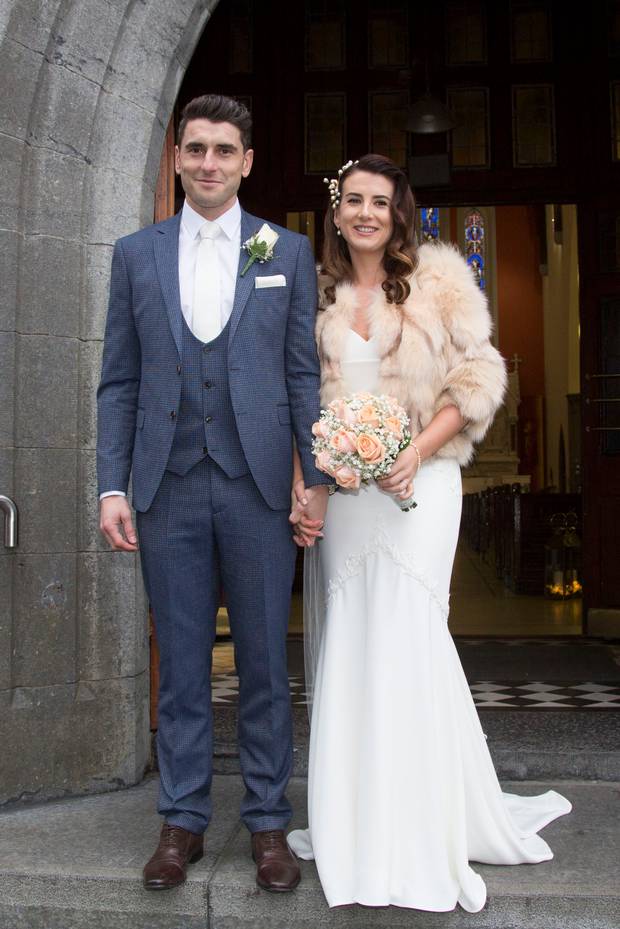 Bernard Brogan, who is a second generation Listowelllian got married and the big talking point was the bridesmaids’ jumpsuits.

This information comes from Ger Greaney who got it from Maura McConnell so its a bit of Dúirt bean liom go ndúirt bean léi  (hearsay).

Don’t forget the old traditions of Jan 1st. First Footing. The first person to cross your threshold should be a dark-haired, tall, good-looking, and it would be even better if he came bearing certain small gifts such as a lump of coal and some salt.

Blonde and redhead first footers bring bad luck, and female first footers should be shooed away before they bring disaster down on the house. Don’t let them near your door before a man crosses the threshold.

The first footer should knock and be let in rather than unceremoniously use a key, even if he is one of the householders. After greeting those in the house and dropping off whatever small tokens of luck he has brought with him, he should make his way through the house and leave by a different door than the one through which he entered.

Nobody should leave the premises before the first footer arrives — the first traffic across the threshold must be headed in rather than striking out.

(I’m sorry that this information is coming a bit late in the day but maybe we’ll remember it for next year!)

The old people believed that anyone who died during the twelve days of Christmas had received a “cuireadh na Nollag” (Christmas invitation) . A soul receiving this special invitation goes straight to Heaven. 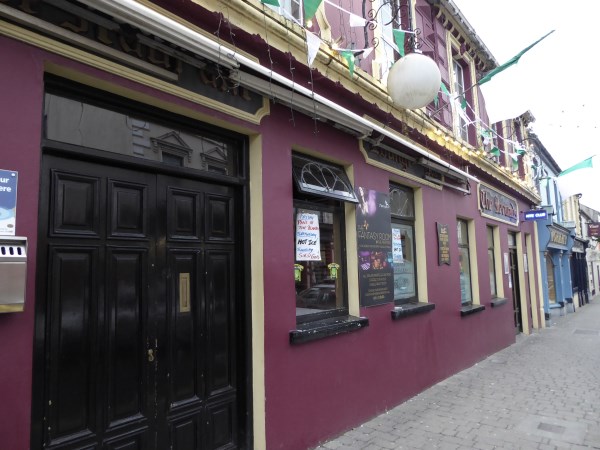 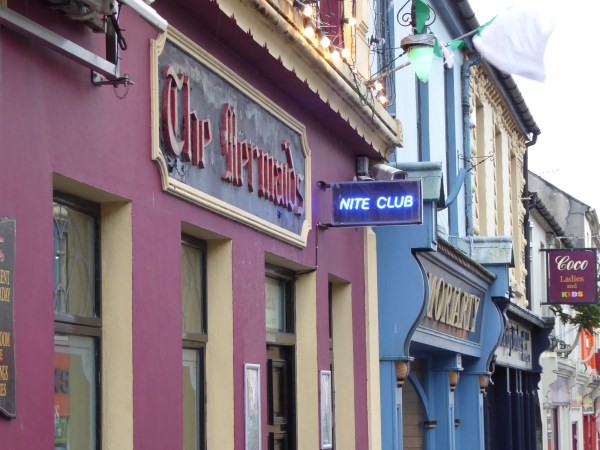 Two Facts about the Irish language I learned on Twitter

The word order in Irish is verb, subject, object.  This means that ‘I thought I saw a bird’ would be translated as ‘Thought I saw I a bird’.  This word order is very rare as only 9 per cent of the world’s languages use it.

Gaeltacht Thuaisceart an Oileáin Úir (or the North American Gaeltacht) is the only Gaeltacht that exists outside of the island of Ireland.  Irish emigrants fleeing the famine settled here and managed to keep their language alive, eventually going so far as to declare themselves a Gaeltacht in 1994.

The Best idea for the New Year

A lady called Helen at Spread a Little Kindness posted an Advent calendar on the internet. It was so popular that she has made one for January 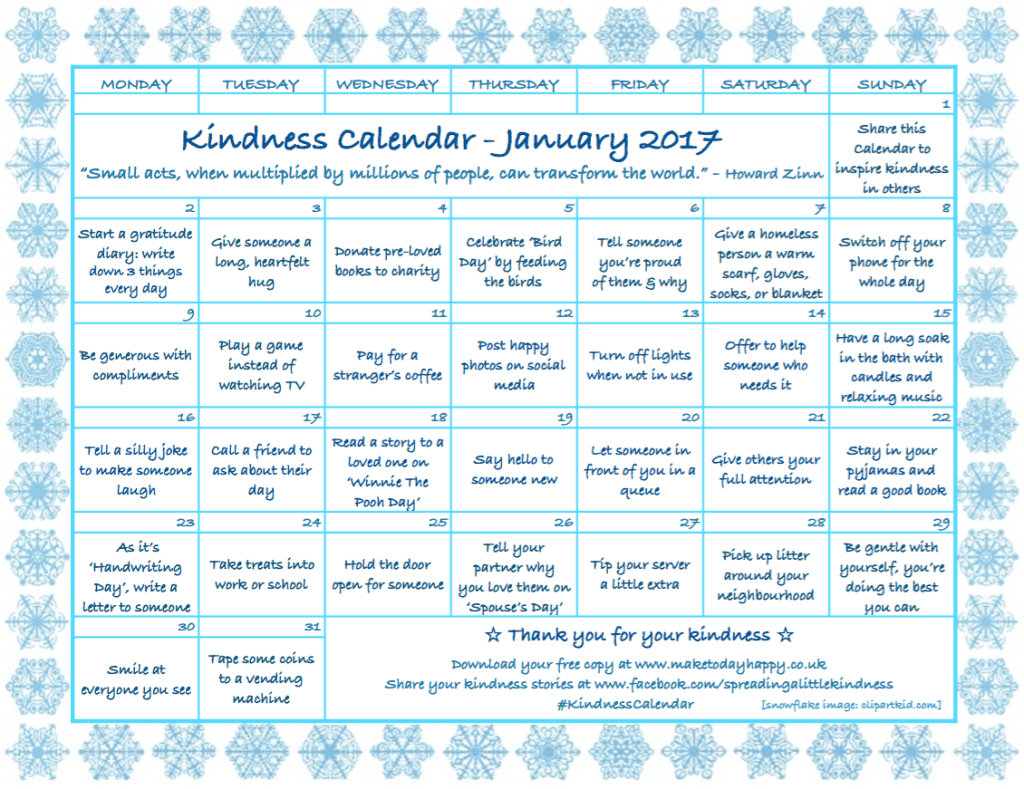 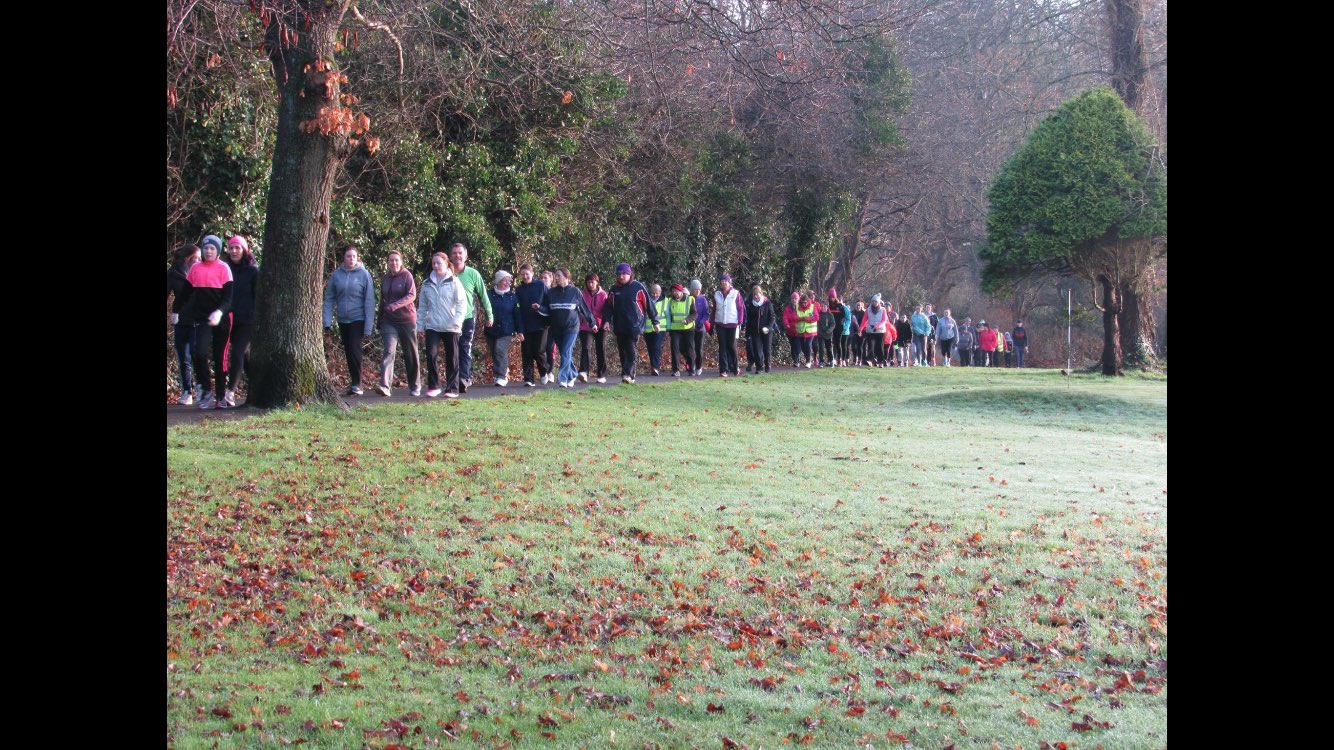