Today is Shrove Tuesday or Mardi Gras. In places Shrove is celebrated with a carnival. The words carn and vale mean farewell to the flesh.  Shrove Tuesday is the last day before Lent, traditionally a time for abstinence from all the pleasures of the flesh.

A rule in christiandom since the middle ages forbade people to eat meat or any dairy products including eggs during Lent. This was a very harsh deprivation for Irish people whose diet was heavily reliant on milk and eggs.

On Shrove Tuesday any surplus milk eggs and butter were used up in the making of pancakes. This was a last fling before the austerity of Lent.

Shrove, in ancient Ireland, was the time to get married. It was considered one’s civic duty to marry and raise a family and unmarried people had no status and were horribly bullied in 17th and 18th century Ireland. Some of these reprehensible customs even continued in parts of Kerry into the 19th and early 20th. century.

Since one could not marry during Lent there was always a rush to marry during Shrove. Nearly every parish in Ireland had at least one wedding on Shrove Tuesday. Some of us remember that Peig Sayers got married on Shrove Tuesday and she mentions in her autobiography that there were “alán póstaí eile ar an mBuailtín” on the same day.

Those who did not marry and were considered of marriageable age had their names put on the Skelligs List. There was a tradition that Lent began a week later on Skellig so people who missed the boat in Kerry were shipped off to Skellig where they had another week to find a mate.

According to Kevin Danaher in “The Year in Ireland” Shrove Tuesday was a time when “practical jokes on hardened bachelors were allowed by custom”. He says that in Tralee delinquent bachelors were serenaded with ‘music’ on buckets and tin cans. We can only suppose that this horrid custom was also practised in Listowel.

After my lesson in social history I have a few photos for you. 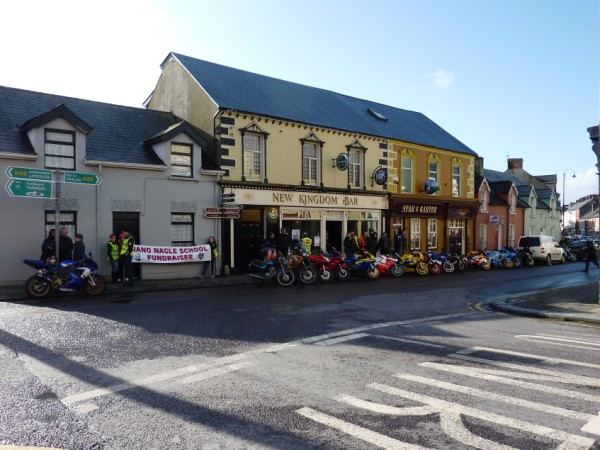 I took this photo on Saturday last. North Kerry and west Limerick bikers were gathered at The New Kingdom in Church St. for their annual poker run in aid of Nano Nagle school. 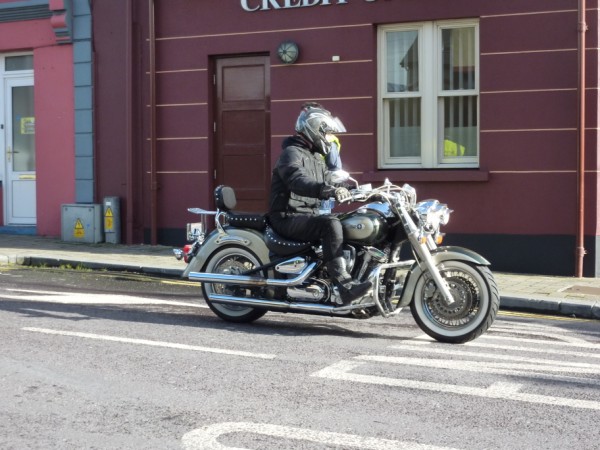 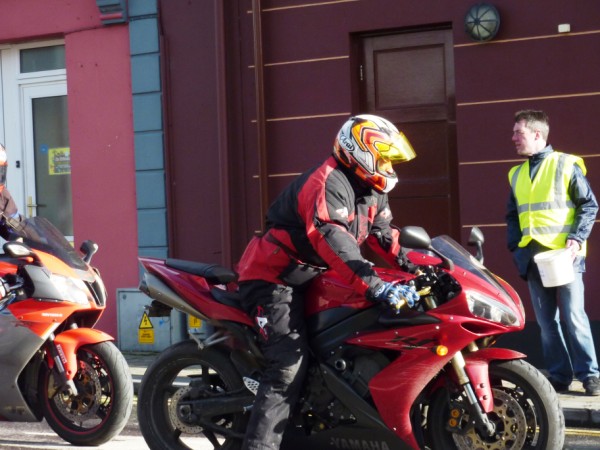 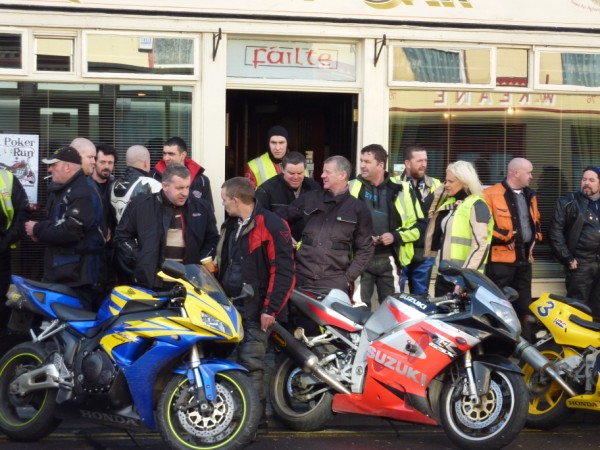 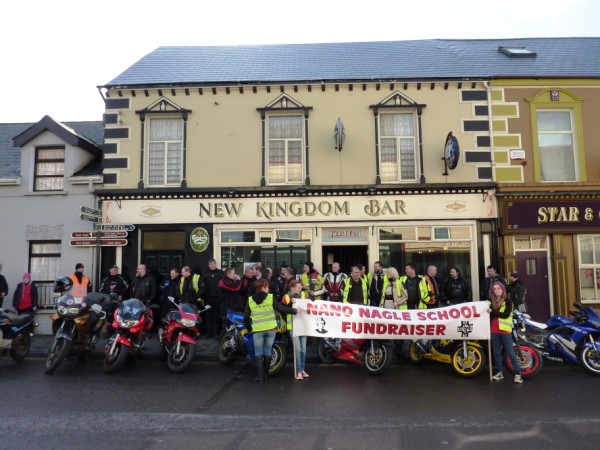 A great day out was had by the bikers and much needed funds were raised for the school. Well done everyone!

How’s this for parking? Photo taken in Listowel on Saturday week. 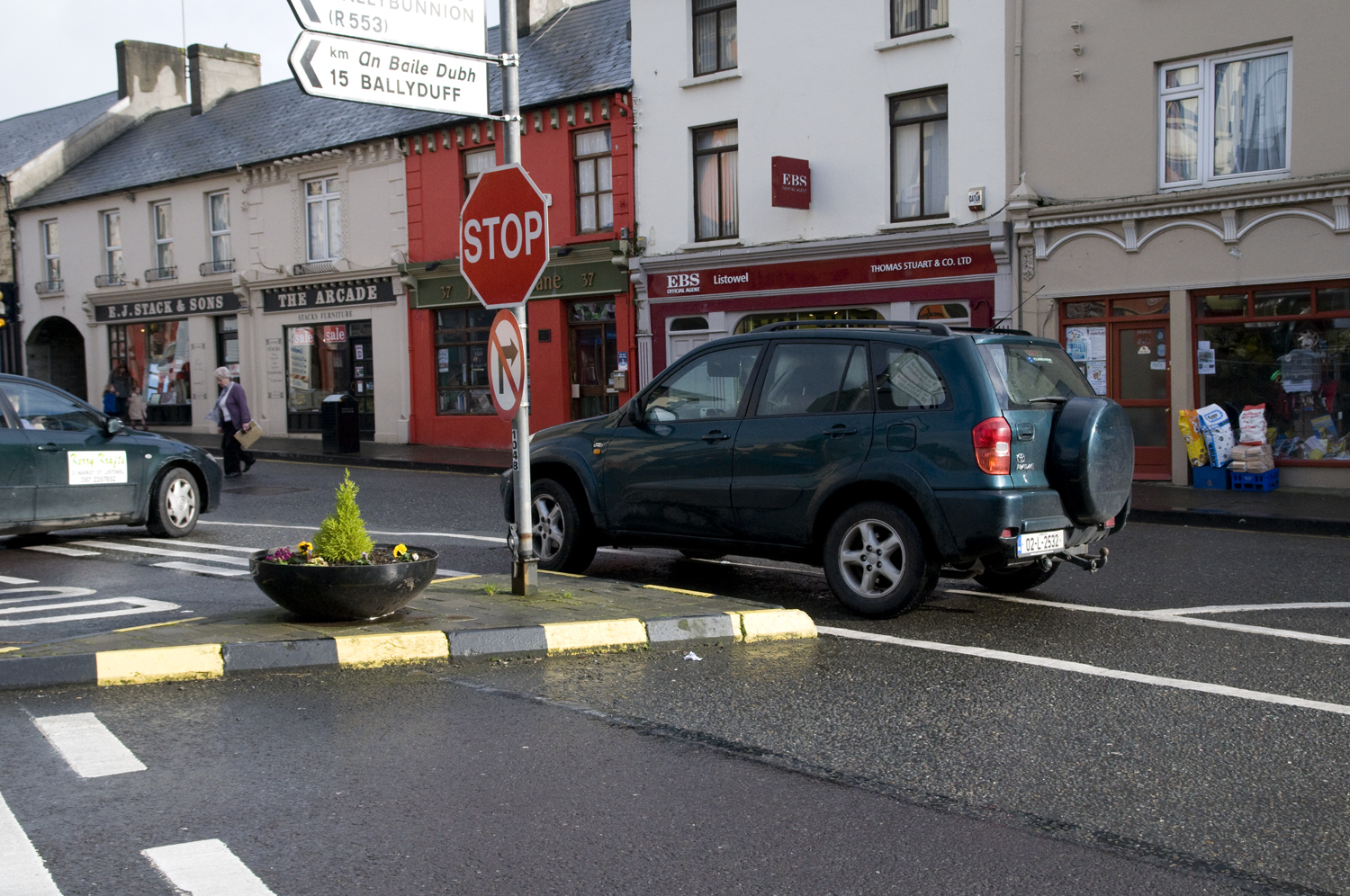 Yes, I am reliably informed that this car was parked!

The governor of Montana is to visit Ireland. Read more here

P.S. If you are going to back anything at Cheltenham listen to Ruby first. Here’s the link,

Back to the grind…