My friend, Denis MacSweeney is a photographer. He lives in North Cork next door to a farm. He took these photos of silage work on the farm in May 2014. 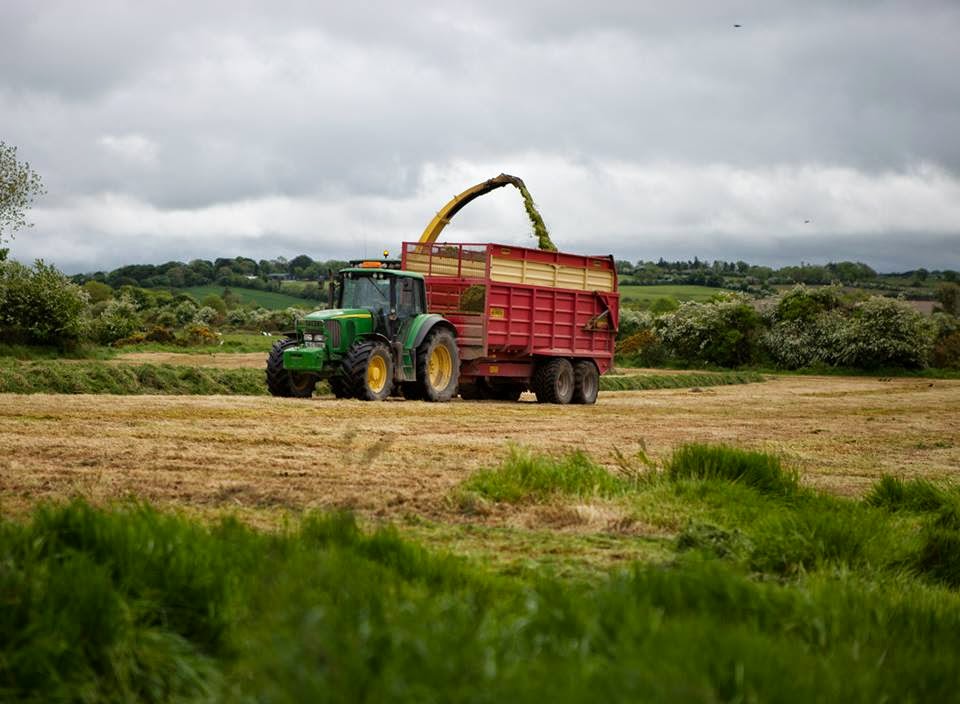 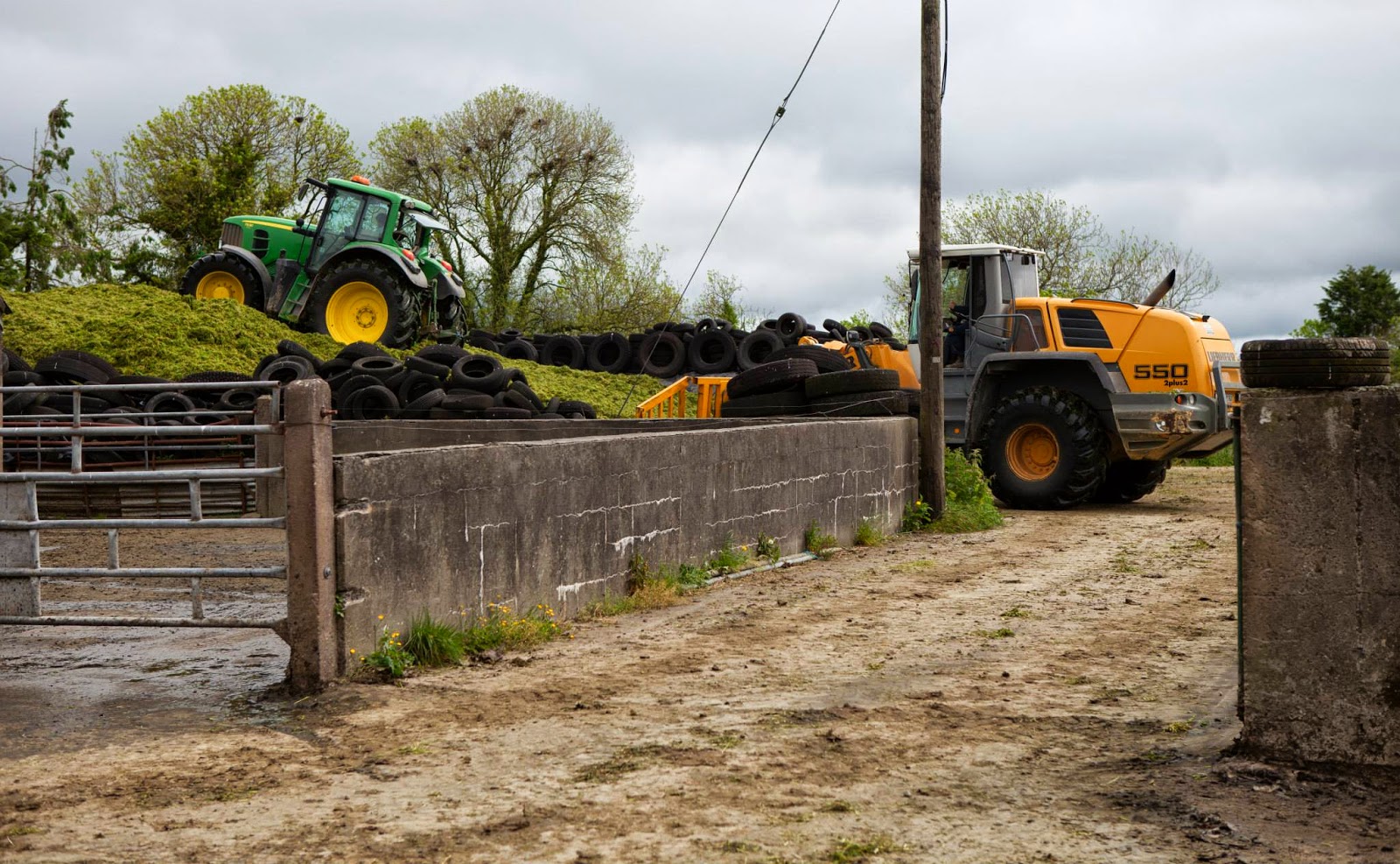 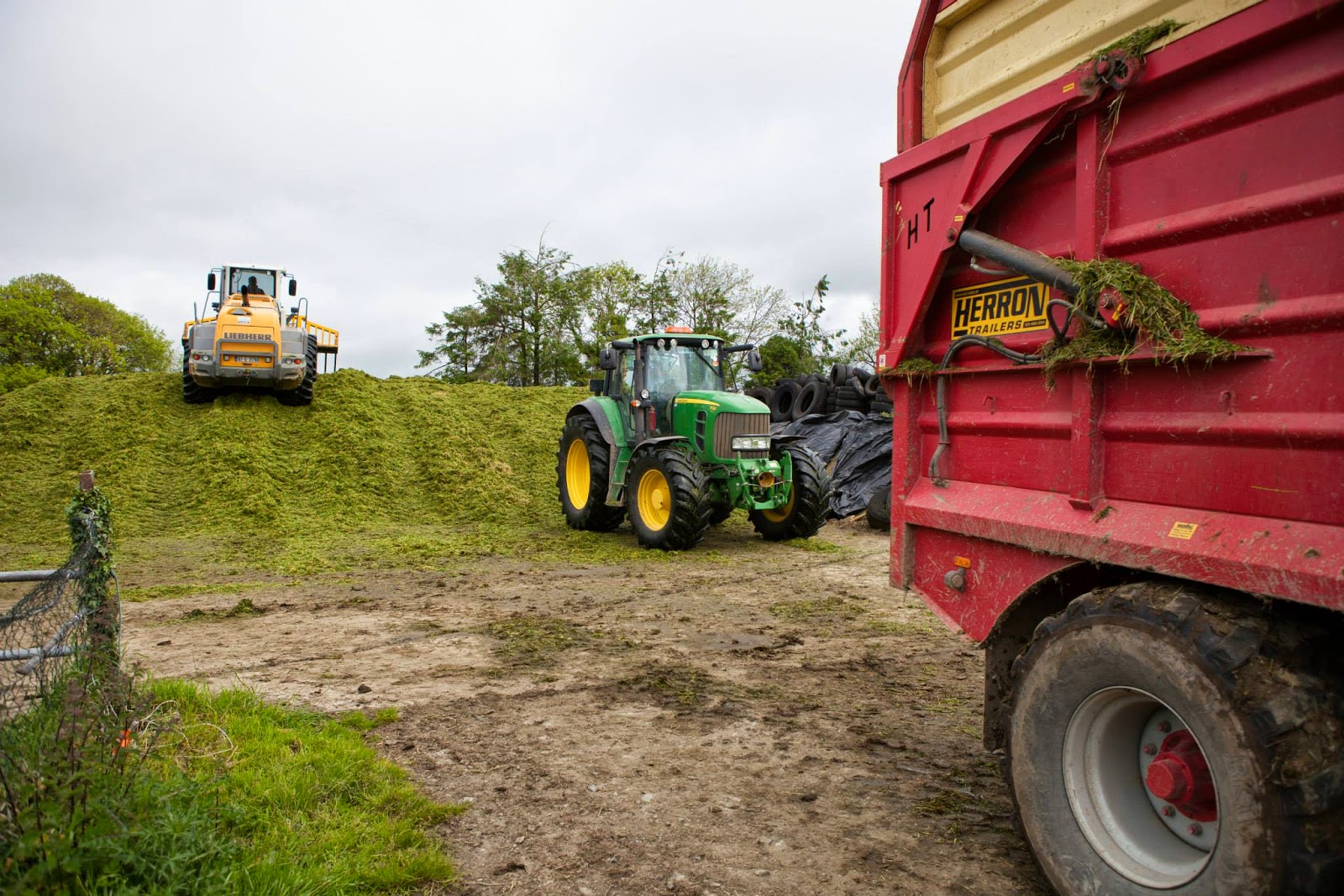 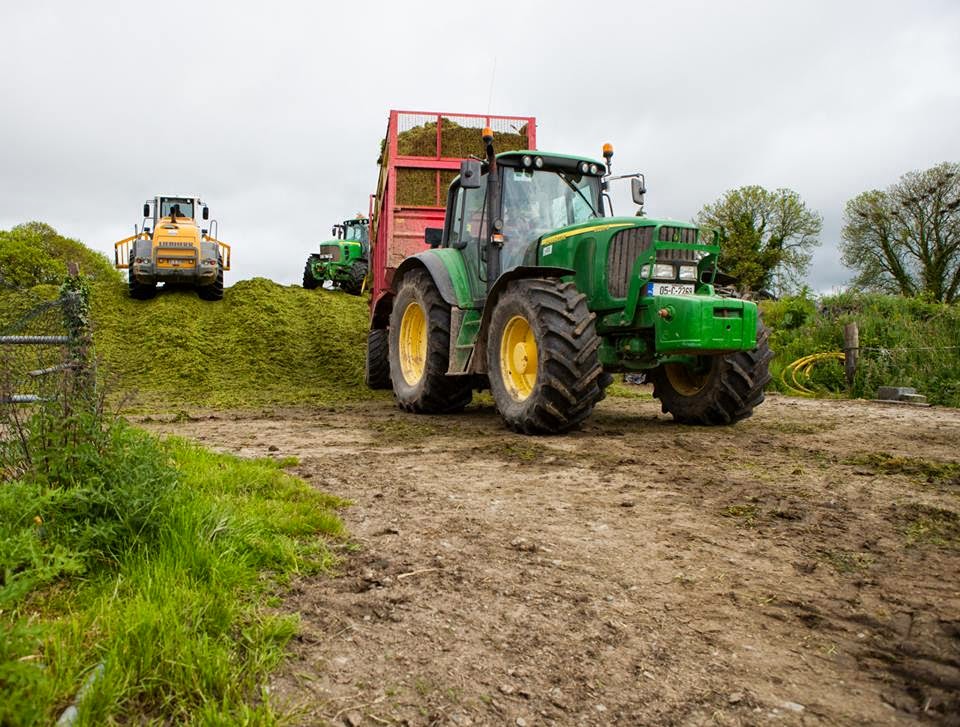 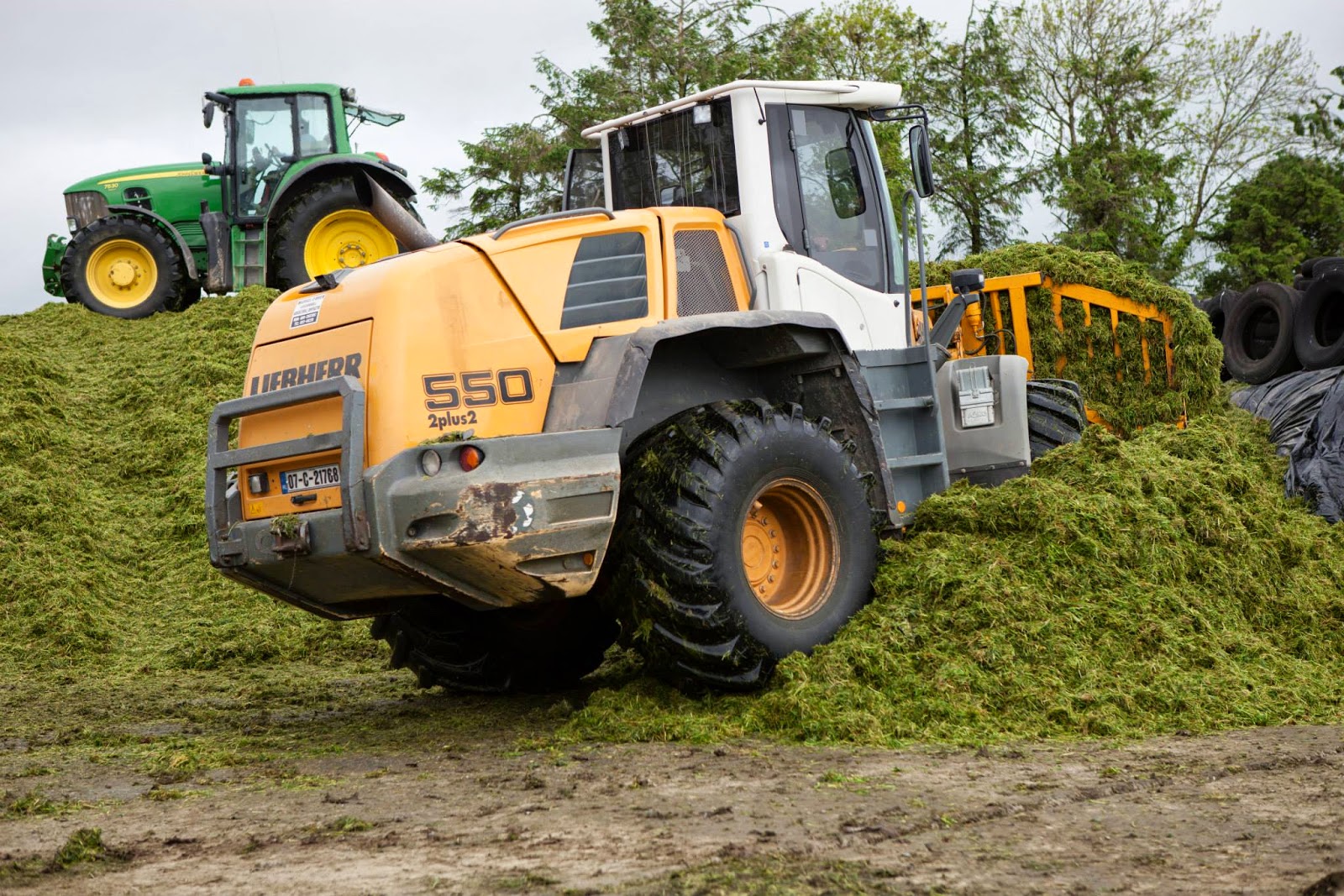 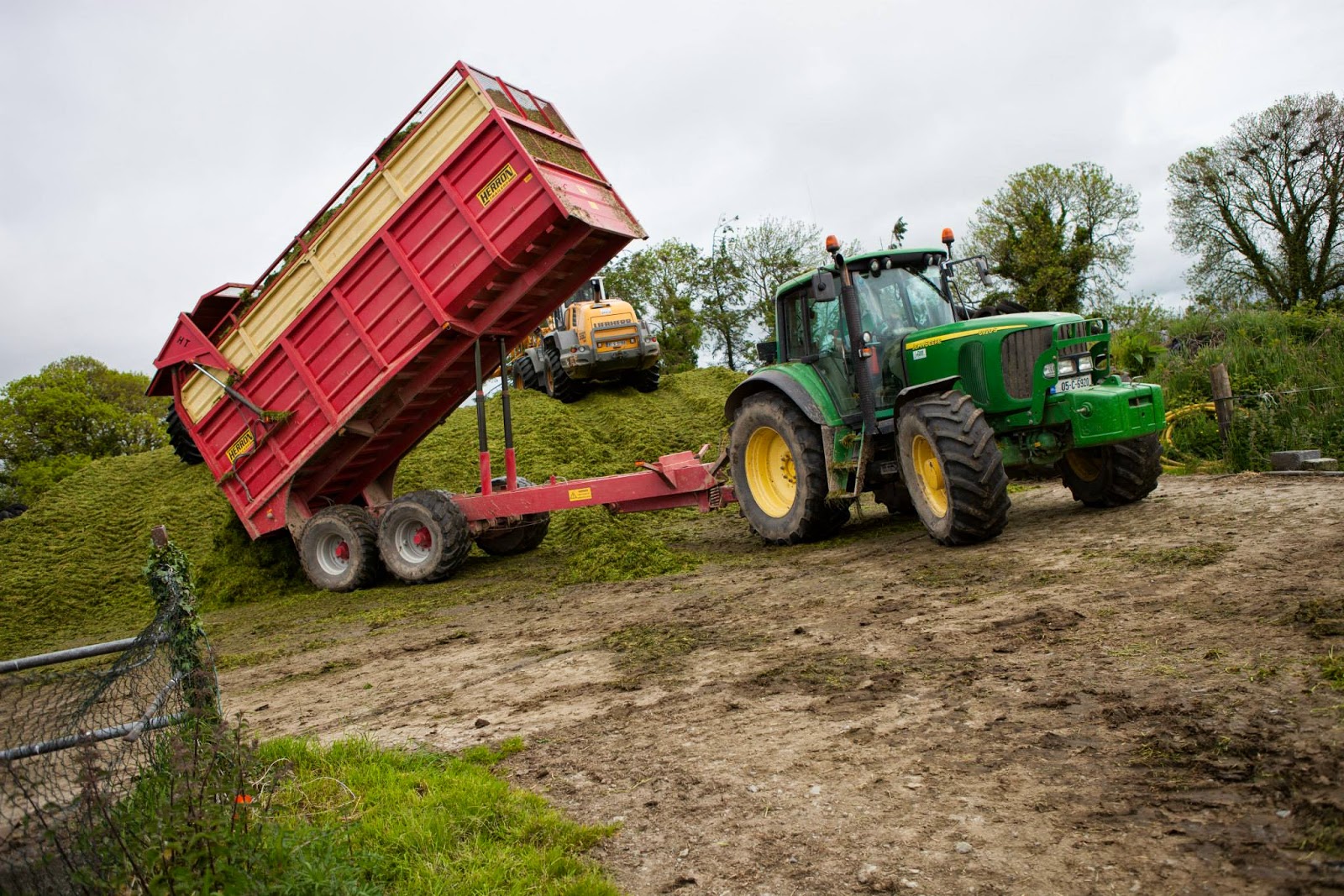 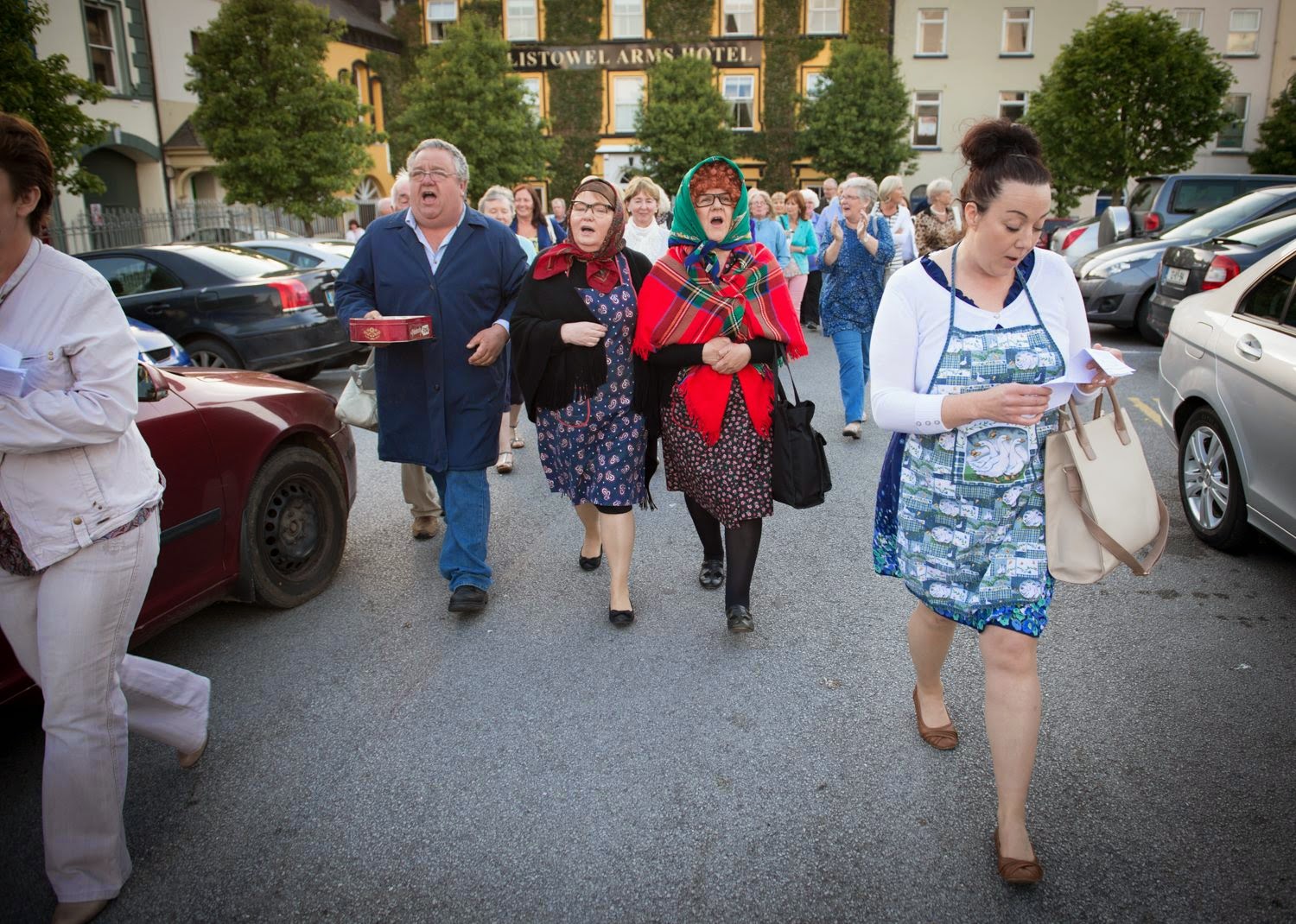 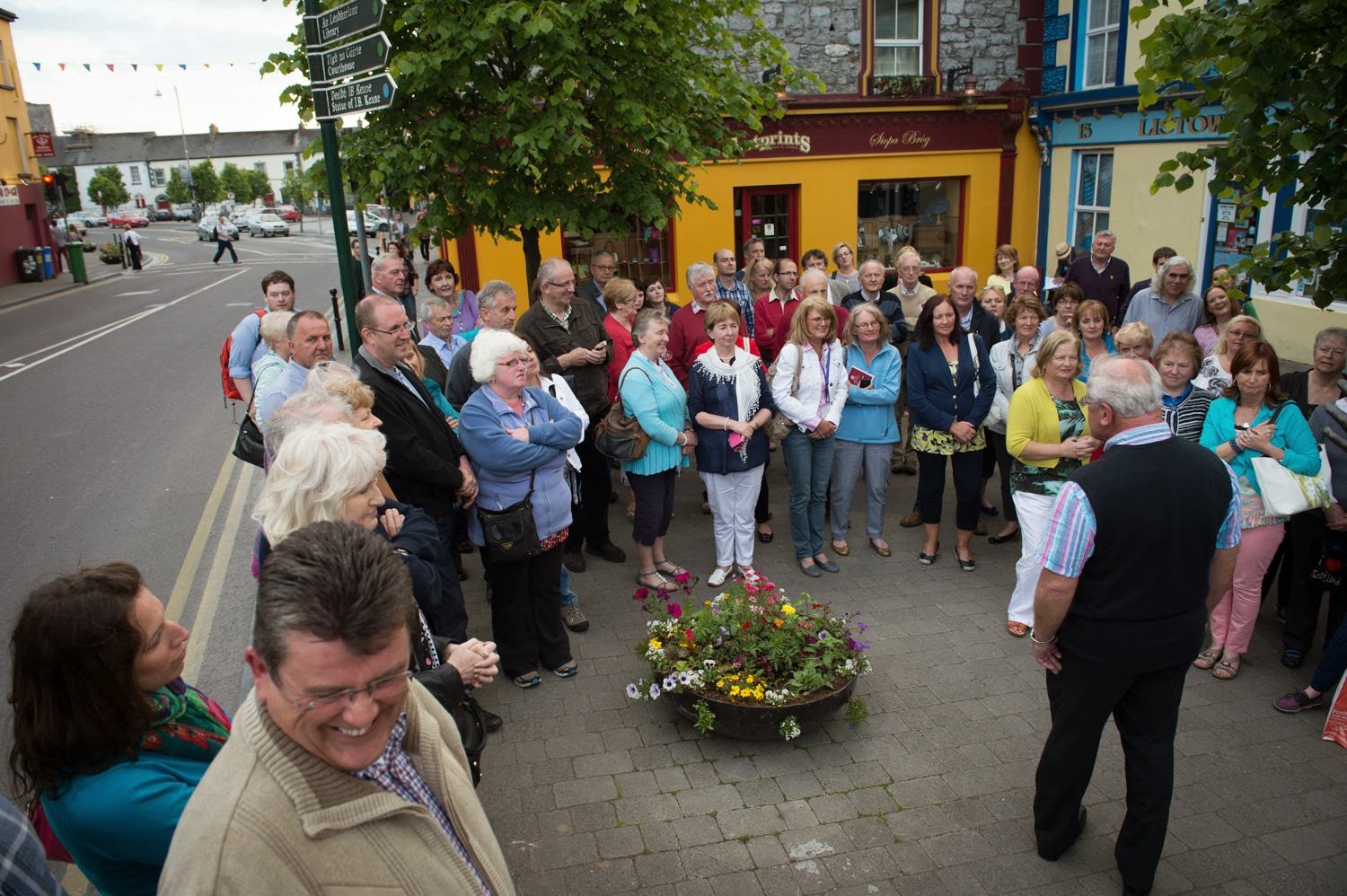 This very popular event was again blessed with good weather in 2014. Abbeyfeale Drama Group provided the entertainment and everyone had a great time. 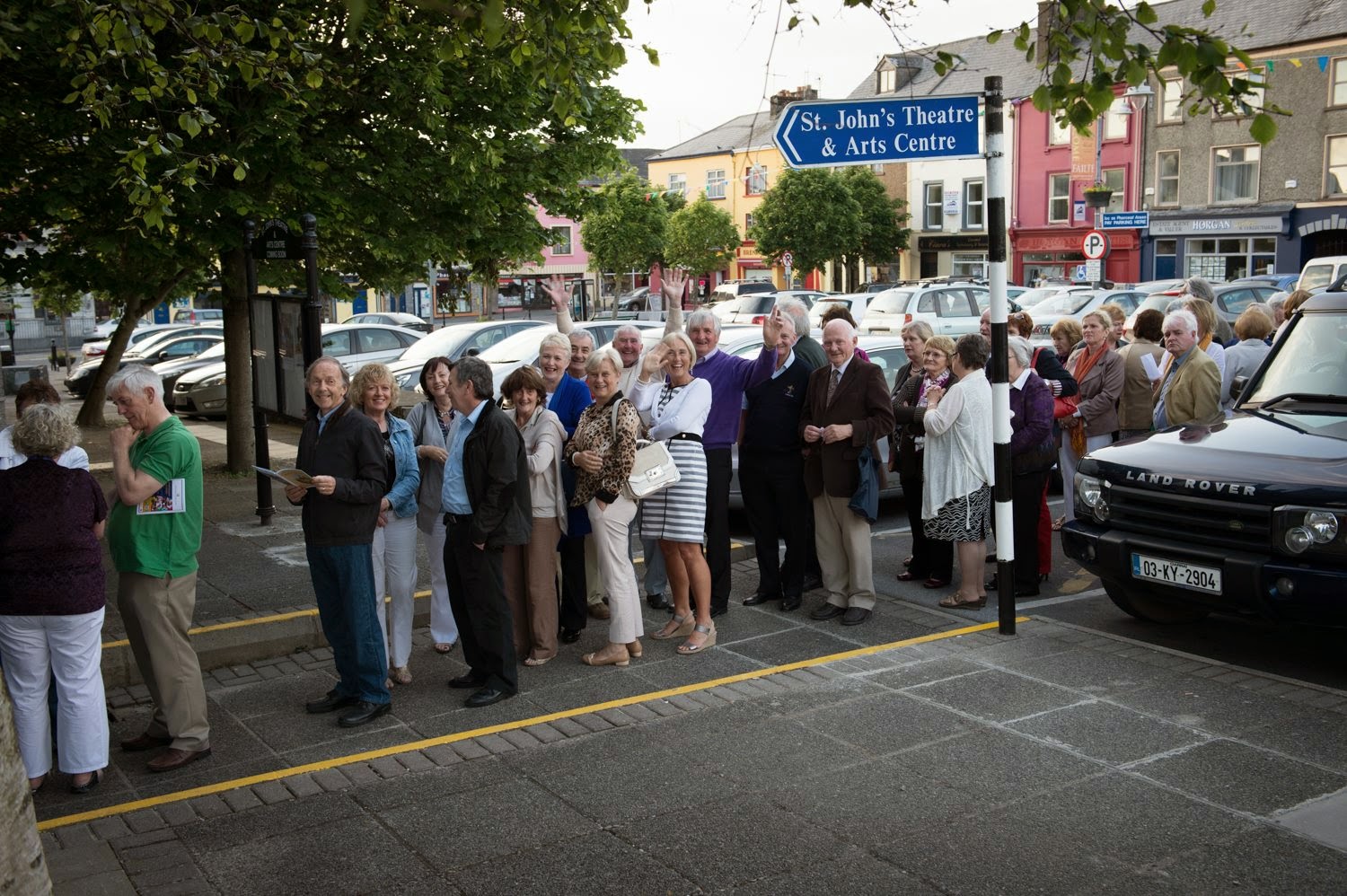 A queue for one of the many popular St. John’s events  (photos; Ann McNamee)

A window to wonder at 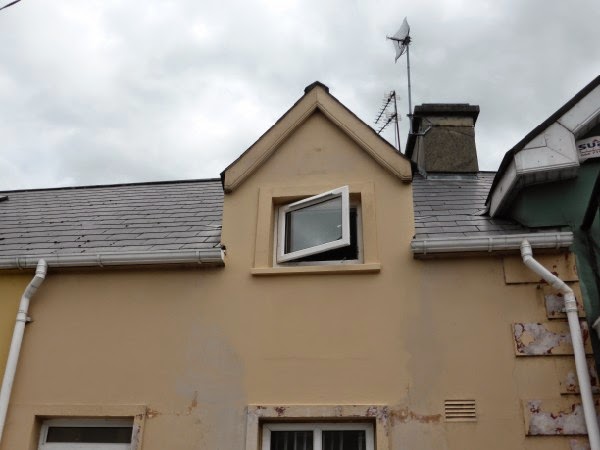 Vincent Carmody drew my attention to this upstairs window in the house next to St. Patrick’s Hall, Listowel which is currently being renovated. This little window is at odds with the architecture of the street and breaks the line of rectangular windows chacteristic of this corner of town.  I have taken some photographs of some of  the neighboring windows, varied and individual but all rectangular and symmetrical. 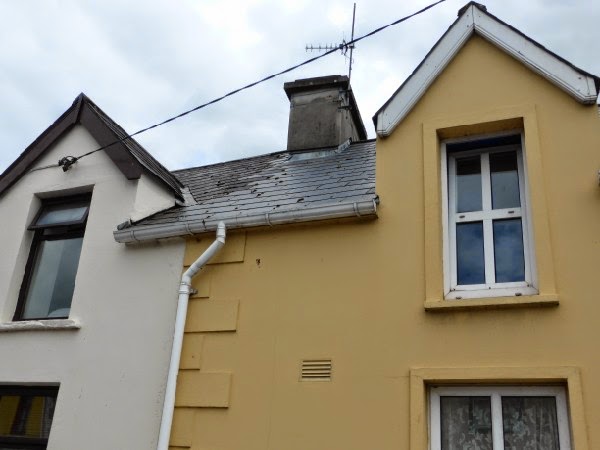 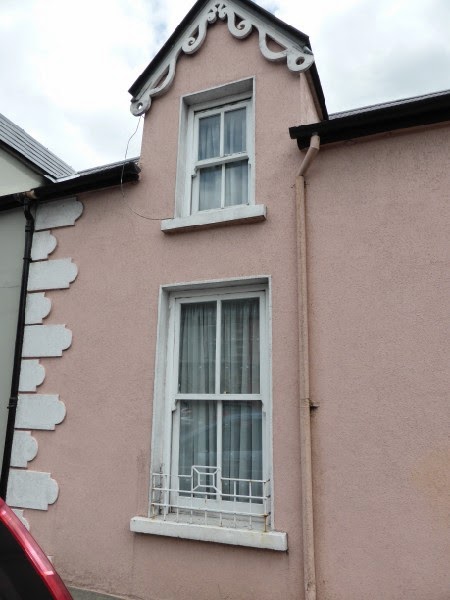 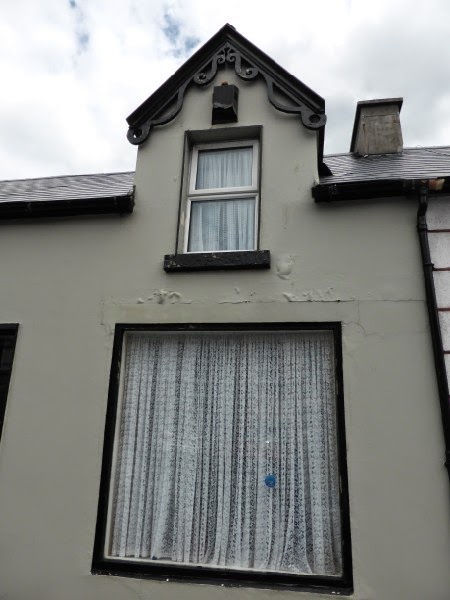 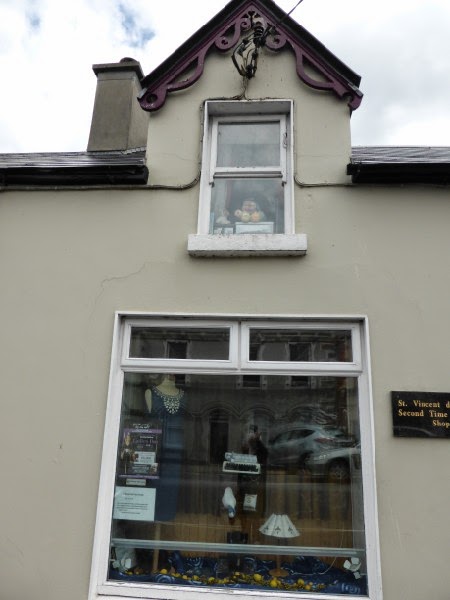 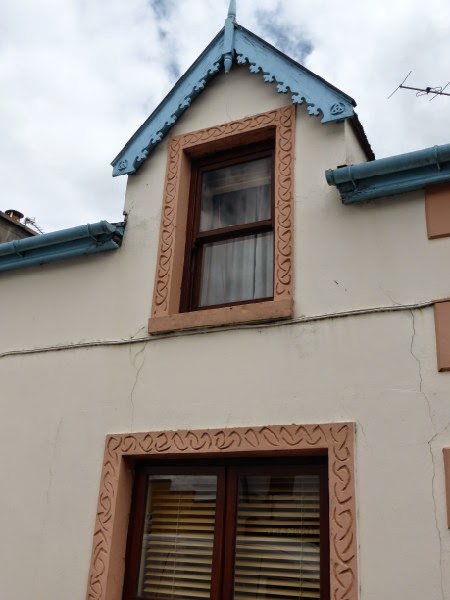 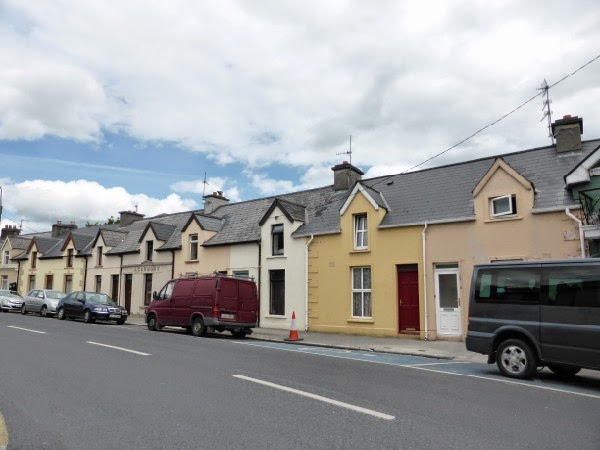 This is how the street looks now. 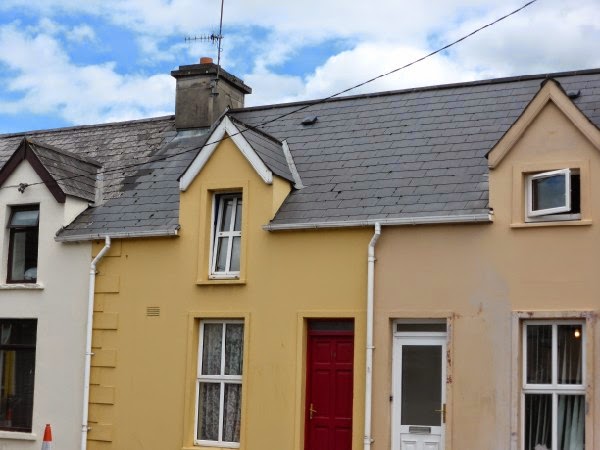 the new window and an old one 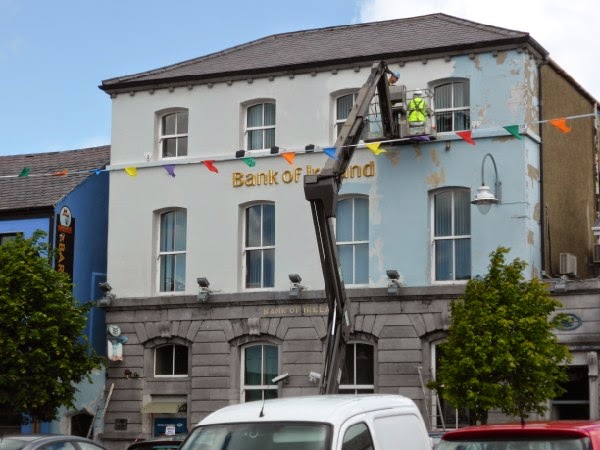 Bank of Ireland is being repainted. I preferred the old colour. It’s now a bit too grey for me.

BISHOP: Bernard Mahoney was born 24 July 1875, in Albany, New York, to Daniel and Honora (née O’Connor) Mahoney, both parents from Duagh Co Kerry. He left school early to support his family, worked  as telegraph messenger boy.  After attending St. John’s Academy in Rensselaer, he entered September 1895, Mount St. Mary’s College in Emmitsburg, Maryland, from where he obtained a Bachelor of Arts degree in 1899 and a Master of Arts in 1901.He worked through college as a telegrapher for Albany and Troy newspapers. Bishop Thomas A Burke of Albany sent him to the North American College in Rome , where he was  ordained to the priesthood on February 27, 1904.Returning to America  in 1905 He  served as a curate at St. Peter’s Church in Troy until 1909, Fr Mahoney again went to Rome  and  became spiritual director of the Pontifical North American College there. In 1912 he earned a Doctor of Sacred Theology.On May 24, 1922, Bernard J  Mahoney was appointed Bishop of Sioux Falls, South Dakota, by Pope Pius XI. He received his episcopal consecration on the following June 29 from Cardinal Gaetano de Lai, with Bishops Giovanni Maria Zonghi and Giacomo Sinibaldi serving as co-consecrators, in Rome. He was Bishop at Sioux Falls for the  sixteen years, until his death at age 63 on 20th March 1939. He was popular at conducting retreats for priests.