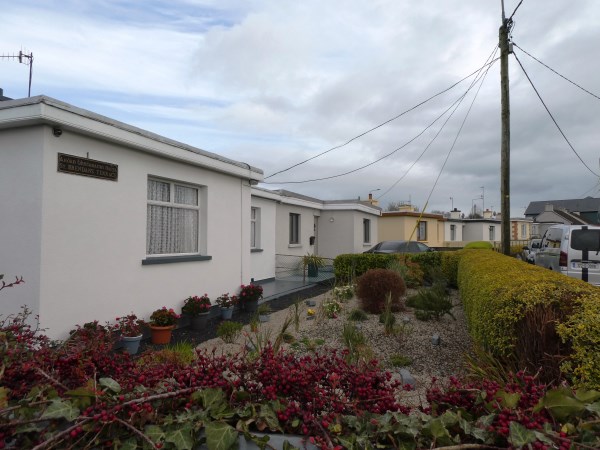 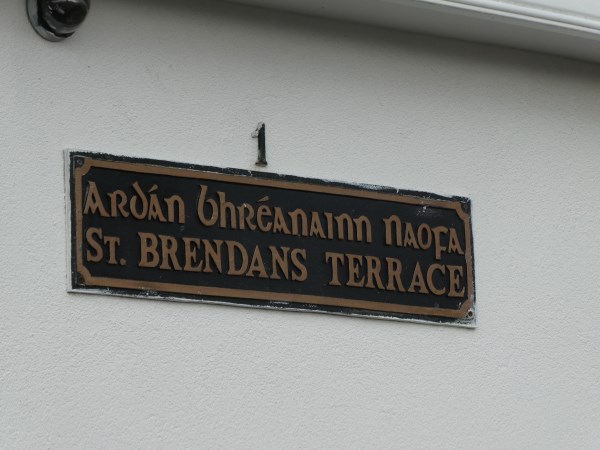 Ballybunion In the 1900s 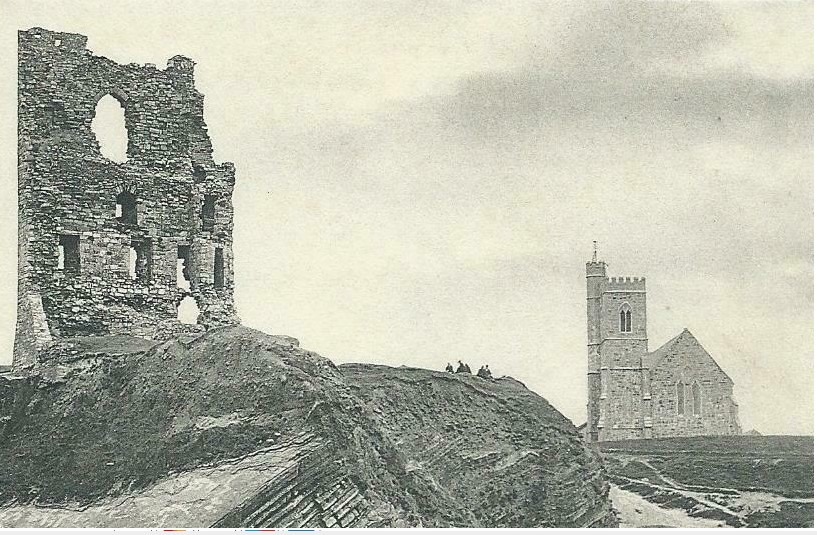 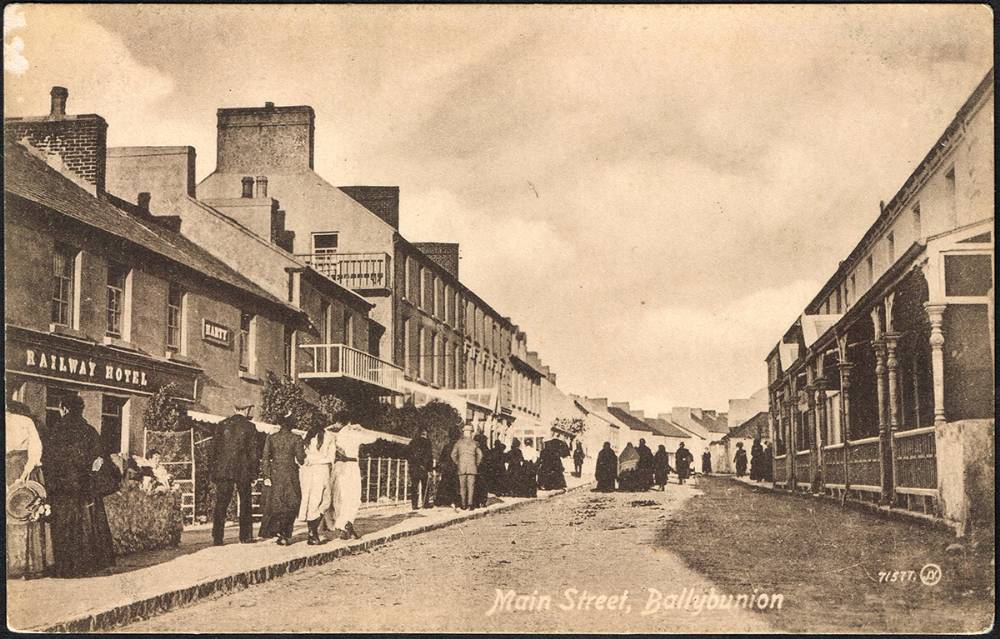 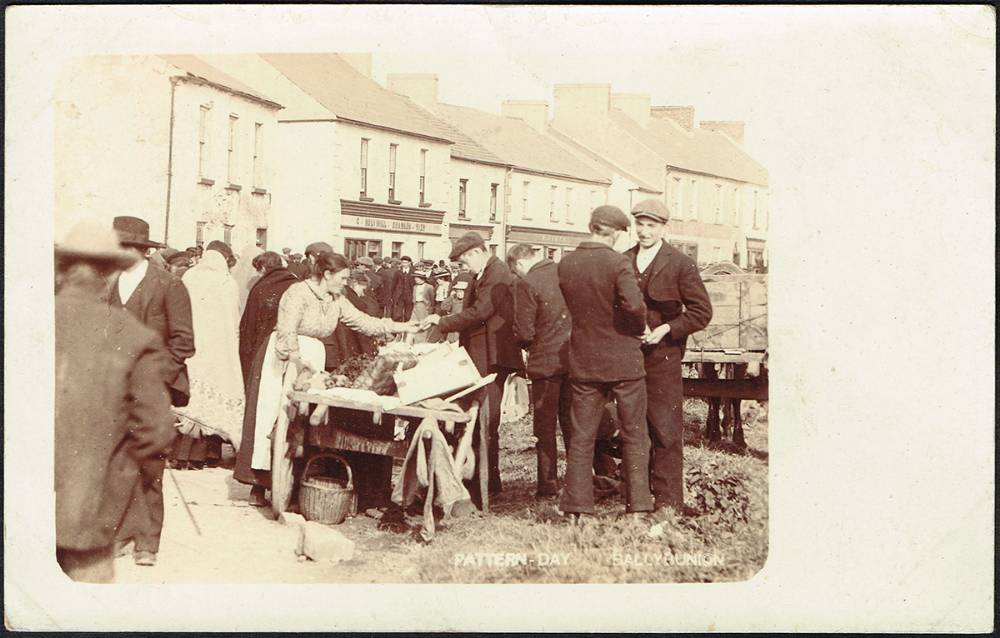 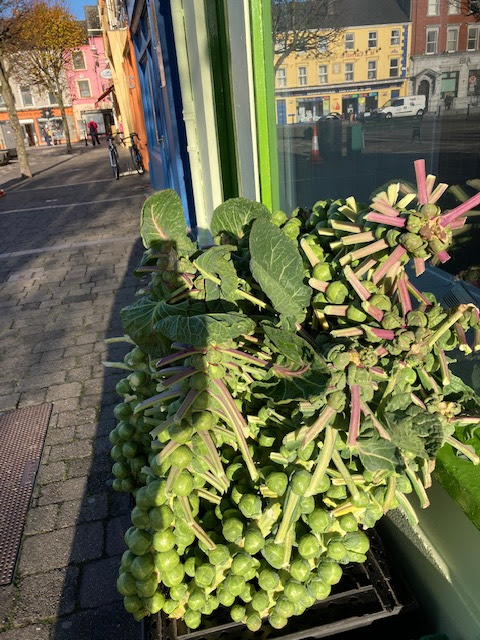 In Listowel town Square in November 2020

I mentioned here last week that more and more shops are finding ways to display their wares in a Covid deterring fashion. The story evoked a few old stories for Nicholas Leonard.

Mary, your articles are great for awakening old memories! And not only of Listowel! The foot-path display of wares and comestibles could have a down side- especially where food items were concerned. My perambulations around town and city in a previous occupation included those in Cork City and your old bailiwick, Kanturk. Of course, one saw almost everything that took place by night and day. In Kanturk, especially in The Square, where vegetables, cabbage plants, etc., were sold weekly, almost everything was laid on the ground. The same could be said for a few of the shops.

One rather unappetising view was of the town dog(s) raising a leg and ’baptising’ a bag of spuds- or other vegetables. Such atavistic territorial marking resulted in my vegetables being purchased only in shops which did not expose its edible goods at dog-leg level. Great credit to the Listowel shopkeeper you pictured with the spuds on the window-sill! 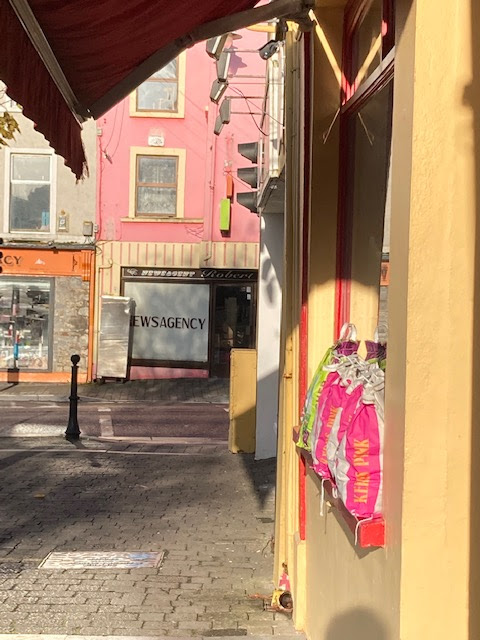 Another sight that I marvelled at in Cork City in the 70s was the early morning delivery of fish, flapping-fresh from the trawlers, to the English Market. The crates were left on the pavement outside the gates of the closed Market. With ne’er a soul about, save a few benighted shades, and many cats, abandoned, stray, feral-ex-pedigree, and the honest, humble moggie-mouser, (Moggie once referred to a mouse, but cats’ interests in mice earned them the same nick-name)  gathered in dozens around the crates- drawn by the scent of the salt-sea food. Hordes of cats dashed hither and thither to and from the crates of pungent food. Despite scratching, biting, twisting and clawing, the fish were not easily prised from the well-made crates.

Occasionally, a crate might be damaged in transit. What fish that were sufficiently exposed were quickly extricated- and then the battle began. Teeth were bared; fur and fish-scales were flying! Hissing, spitting, and sharp claws flashing! No notice was taken of the watching humans, who, of course, thought better of intervening in the feline fracas.  After all, as Abe Lincoln said:  “No matter how much cats fight, there always seem to be plenty of kittens.”

Eventually, calm and daylight descended and with no more fish to be had, cats scattered up and down the hills and valleys of Cork City. On the morrow, they would assemble once more- the reliable ‘early customers’ of the ancient English Market, once more with a ‘fighting chance’ of securing a free and tasty morning meal.

Strange to say, even though there was a pack of stray dogs roaming the city in those days, they never bothered the cats, nor showed much interest in the fish. The same dogs would brook no interference from humans, as I found out pretty smartly on one occasion! The dogs ignored passers-by, unless they tried to shift the dogs from the footpath. Their pack leader  bared its teeth and the others reacted similarly.   A vicious chorus of snarling and growling ensued. A united stand was made by the pack, and they prevailed.  Ar scáth a chéile a mhaireann na madraí!

P.S. Is ‘hither’ still used in North Kerry?  In Abbeyfeale, the word used still is ‘hether,’ which came into use in the 1600s (a version of a previous Old English word, ‘hider’); in the 1700s it became ‘hither,’ and now is ‘here.’ The phrase ‘come-hither’ is pronounced here as ‘Come-edder.’ Many will remember ‘hither ’from the lines, (approx.):“Come hither! Come hither! My little daughter, and do not tremble so; for I can weather the roughest storm that ever wind did blow…” – the famous last words of the Captain of the Schooner ‘Hesperus.’ 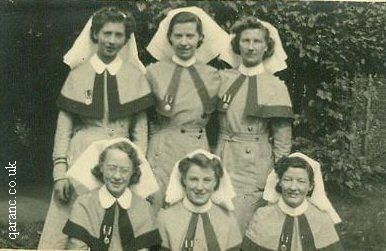 Queen Alexandra’s Imperial Military Nursing Service traces its history back to Florence Nightingale. In time of war, just as civilian men were recruited and made into soldiers in warp time, young women were hastily trained in the basics of nursing and pressed into service to treat the wounded.

At the outbreak of World War 1 , there were fewer than 300 nurses in the military nursing corps. Four years later there were 10,000. A memorial to 18 Irish nurses who lost their lives  can be found in St. Anne’s Cathedral, Belfast.

A Tipp Pig in Mallow 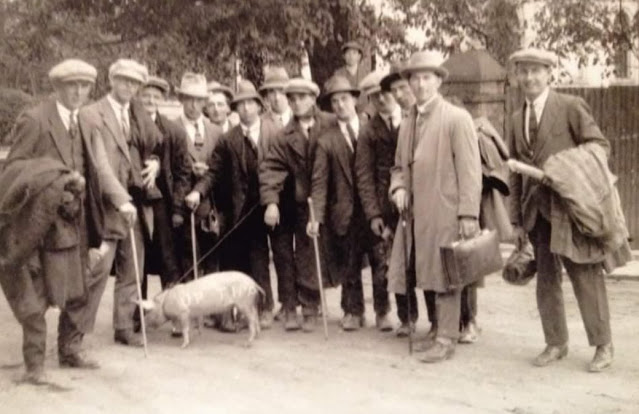 I shared this Twitter story yesterday that the Tipp team in 1920 bought a pig in Mallow on their way home after beating Kerry in Killarney.  It seemed a bit unlikely.

It peaked the interest of two blog followers;

Nicholas Leonard writes I wonder was the game played on a Sunday? Mallow Fairs were held as follows in olden days (c.1883):

That might suit a team returning home after a game on the Sunday?

Vincent Carmody thinks that the story is unlikely to be true.

In my opinion the story of the pig is false, however  I’ll tell you what is true, Kerry beat Cork in the Munster semi-final played in Cork on June 20th 1920 on the score of 2-6 to 0-4.The 1920 was not played (due to the political situation of the time) until April 9th 1922. It was played in Cork and as you know Tipperary won, defeating Kerry by 2-2 to 0-2.Tipperary then went on to defeat Mayo in the All Ireland semi-final in whichthey defeated Dublin on the June 11th 1922 on a score of 1-6 to 0-2.What I find amazing is that this year, 100 years after 1920 that the exact same teams are their own provincial winners and the same counties are once again facing each other in the semi-finals. Its eerie, stars align but someone, somewhere up there must have put a lot of thinking into it.Whatever about Dublin and Mayo, they would have been many people’s fancies this year, howeverI would wager that if you mentioned Tipp and Cavan to come out of Munster and Ulster to a bookie he would ask and give you whatever price you would ask for, and saying behind your back that you should be put away.