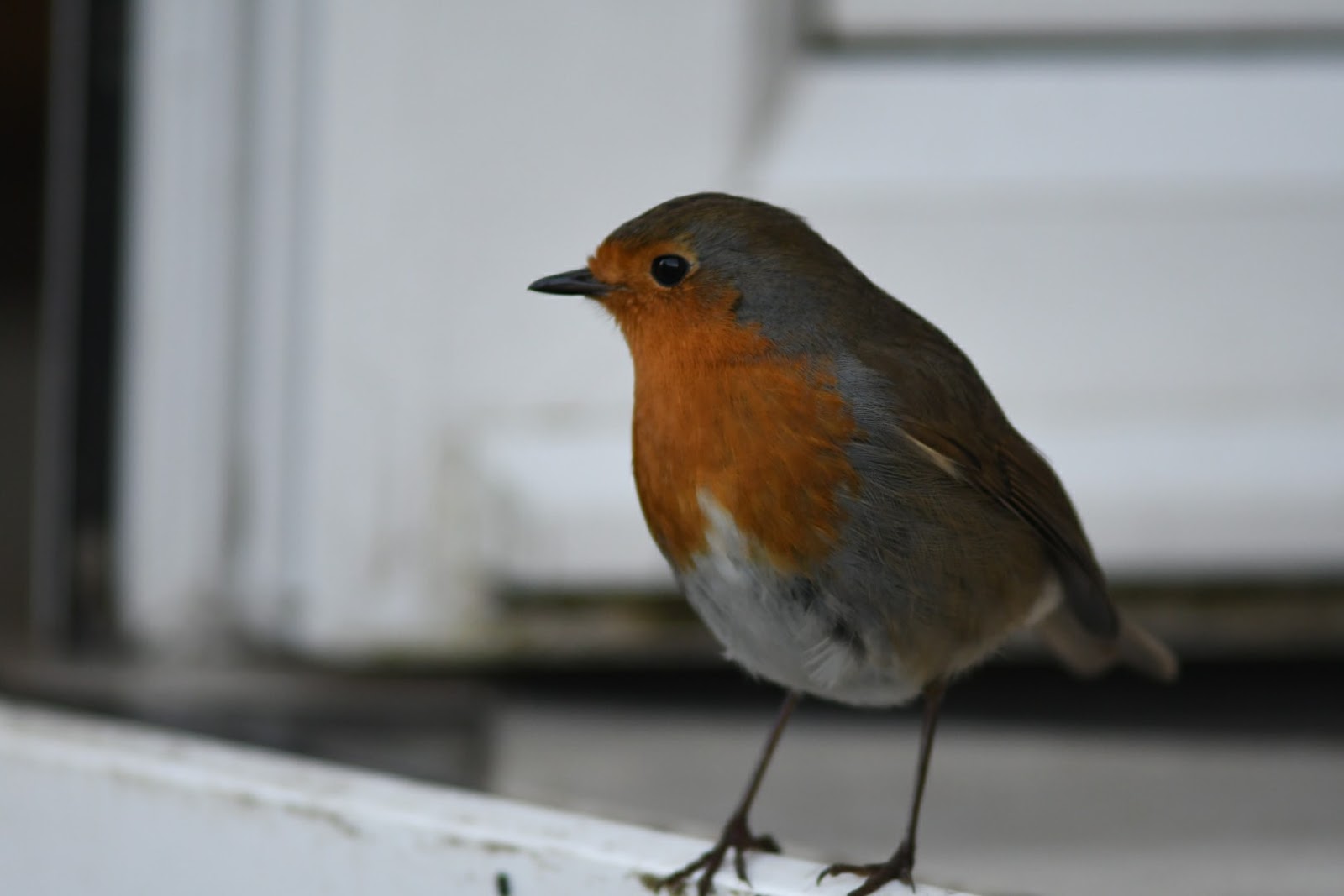 Here are some more photos I took before and during the parade on St. Patrick’s Day 2018 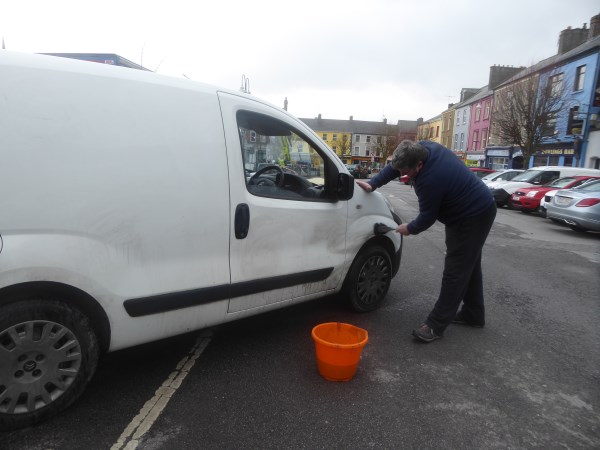 Christy Walsh washed his van in preparation for the parade. 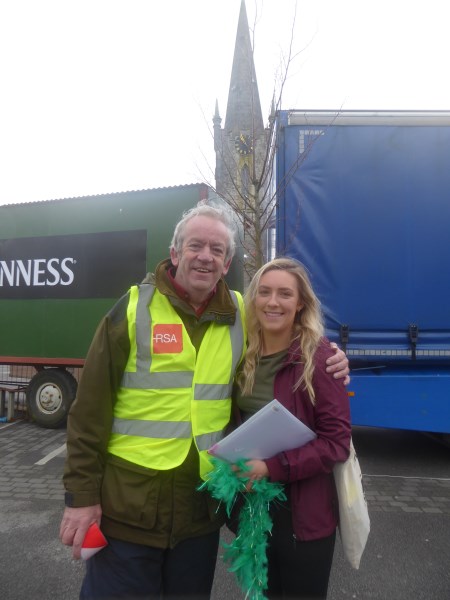 Martin McCarthy and Ailís OSuilleabháin were preparing to welcome Rith and Micheál O Muircheartaigh to Listowel. 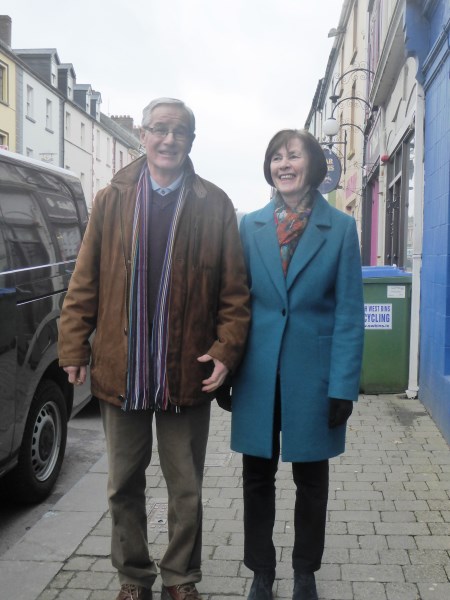 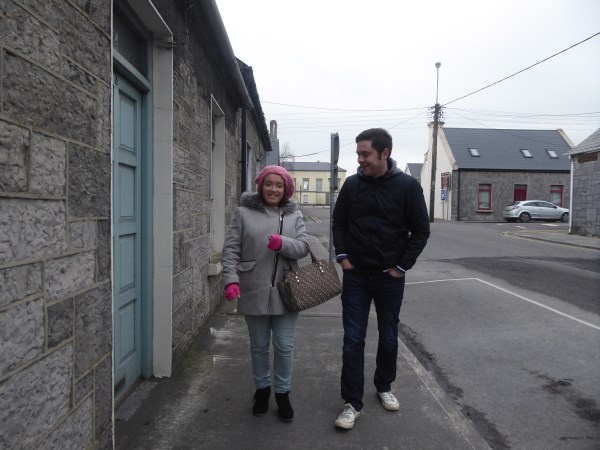 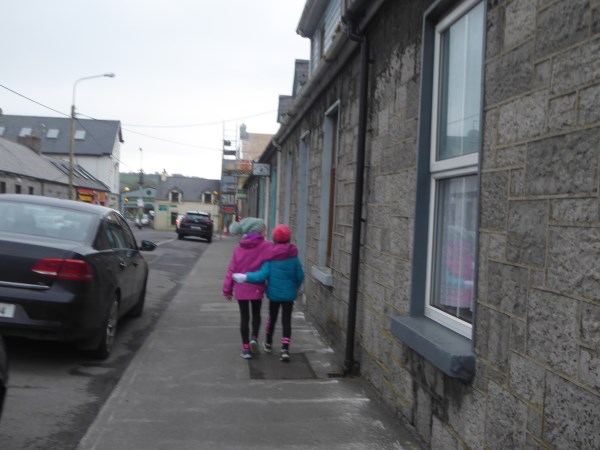 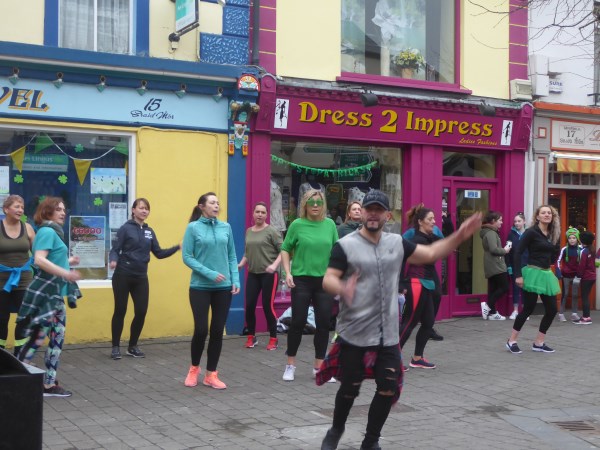 A Zumba session was in full swing in Main Street. 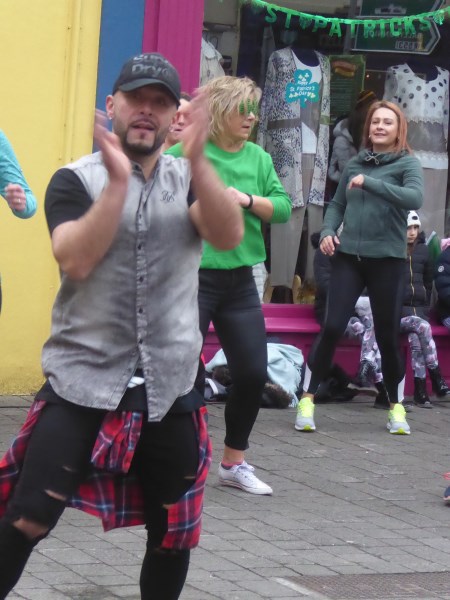 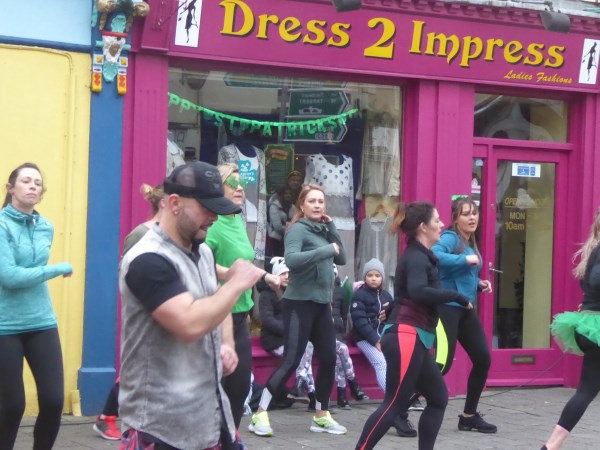 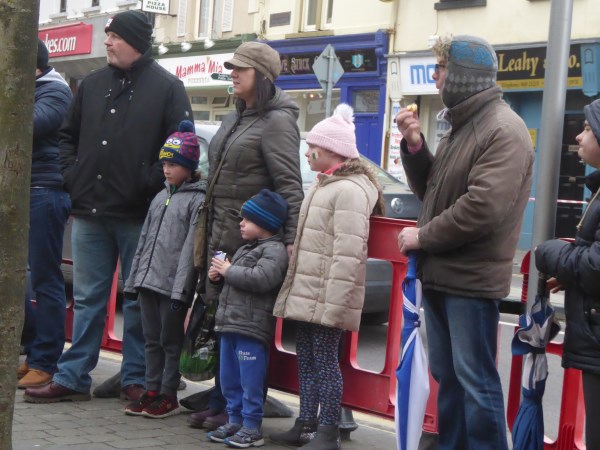 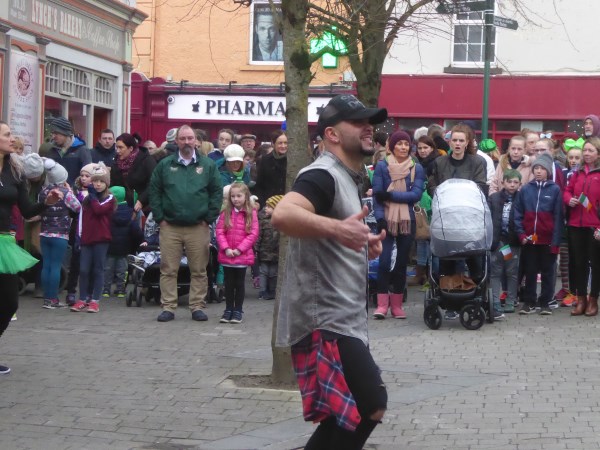 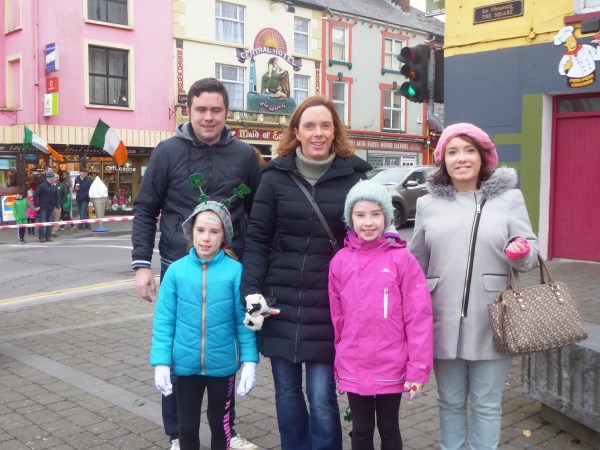 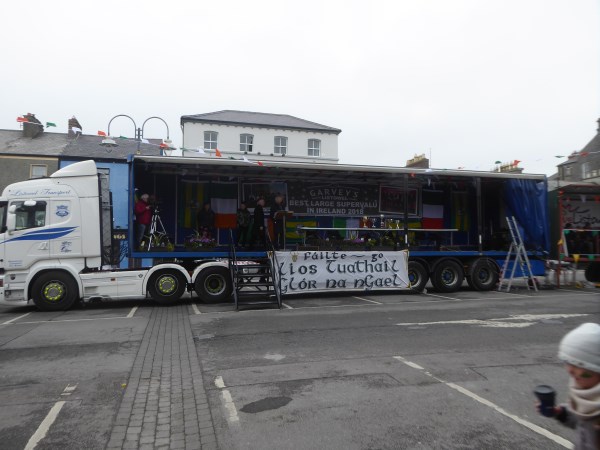 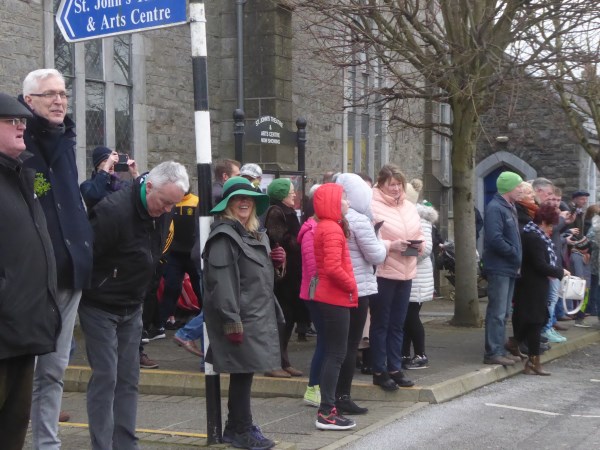 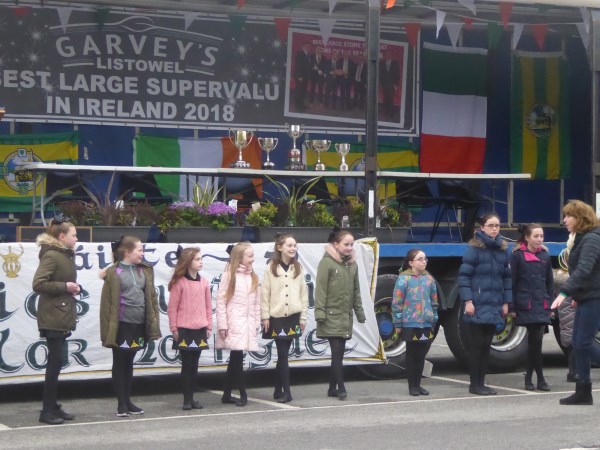 (Vincent Carmody is St. Michael’s Cemetery with two Swedish visitors who are looking for a grave.)

When we went the grave, which is marked by an inscribed flat stone with
iron railings, it was covered by thick low branches of a thorn bush, with the
stone unreadable, I went across the road to a garage and got a shovel. Returning,
I quickly cut away the bush, which allowed the details to be seen,

So, on that lovely summers evening in the 1990’s, I stood and heard the
visitors recite the Lord’s Prayer in their native tongue. They were delighted
to have found the grave of the man which they learned of first, on a page, in a
foreign language.  I was happy to have
been the conduit through which I first learned of the Swede, sitting with
Dotie, many years previously.

Lars Larsson was born in Sweden in 1872; he came to Listowel to work as
a Creamery Engineer/ Fitter at the behest of George R Browne, who was
proprietor of a number of private creameries in the North Kerry area.

Larsson lived in lodgings at Upper Church Street with an O’Connor
family; he is listed as a boarder in both the 1901 and 1911 census. In these,
his place of birth is given as Sweden and his religion is ‘Protestant
Episcopalian’

Lars is listed in Civil Records as ‘found dead’ on the 21 January 1929; an
inquest on the 27th January found that his death was due to heart
failure.

The house, now number 76, was subsequently bought by Ita Brosnan, who
afterwards married Willy Keane. I spoke to Paddy Keane about Larsson; he told
me that his father once came across some papers which might have belonged to Lars;
Paddy assumes that they were thrown away. He also told me that on a web site
that allows you access to old newspapers, to which he is a contributor, he came
across at one stage, a piece detailing notables from the town who had made
financial contributions to the local Feis.  Larsson had given five bob, which, as
Alo Sheehy would have said, was “not to be sniffed at”.

(It would appear that that canvass was successful as the Toffee factory di open and provided employment for many years.)