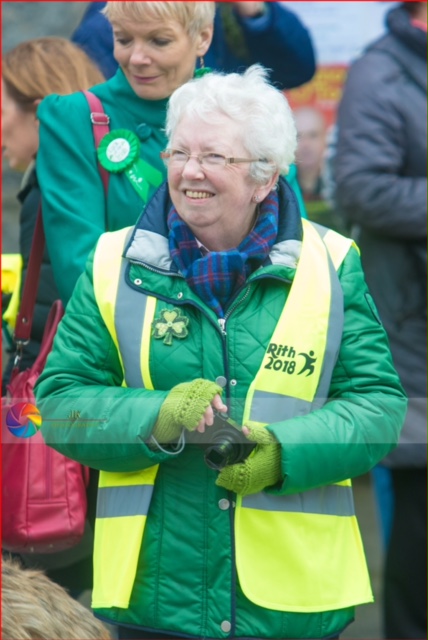 I love this photo that John Kelliher took of me on St. Patrick’s Day 2018. There I am at the parade, preparing my blog post.

Before I went to the parade, I had the bright idea of going to the church to snap some photos of local people on their way to mass. 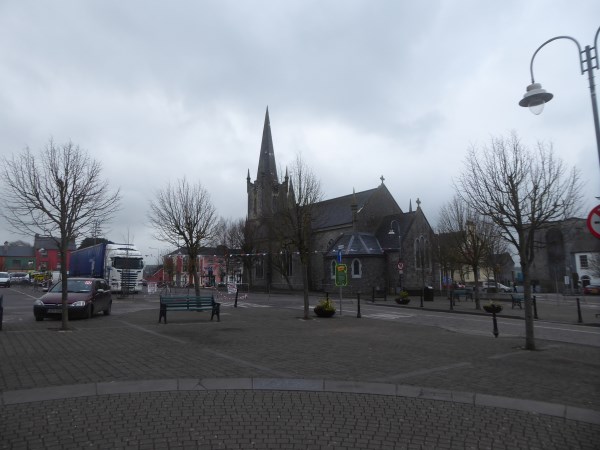 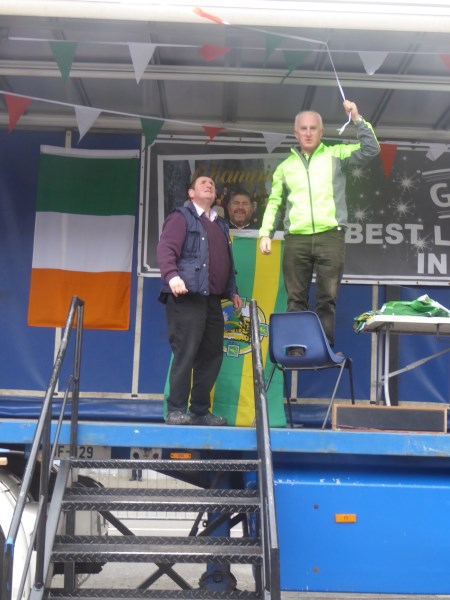 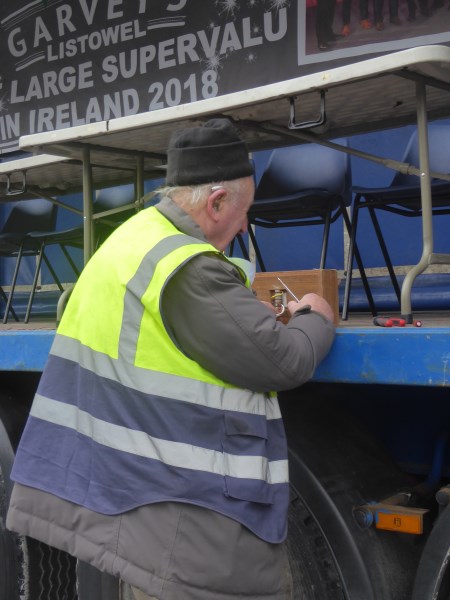 As I made my way through The Square, the viewing platform was being decorated and Donal O’Sullivan was putting the finishing touches to the sound system. 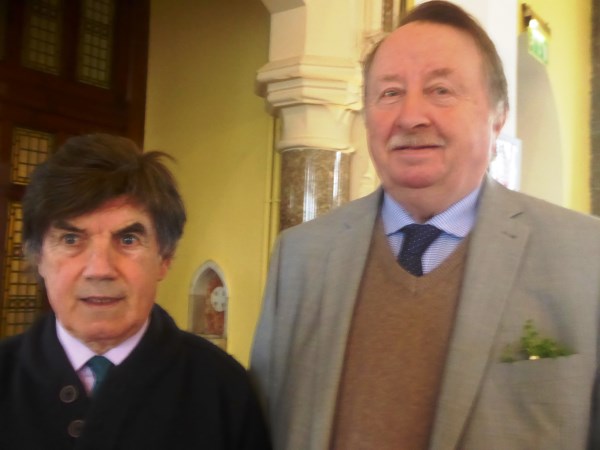 At St. Mary’s ushers were beautifully turned and at the ready. 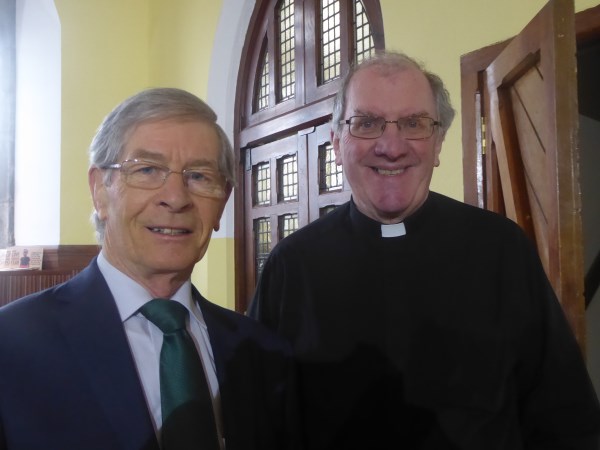 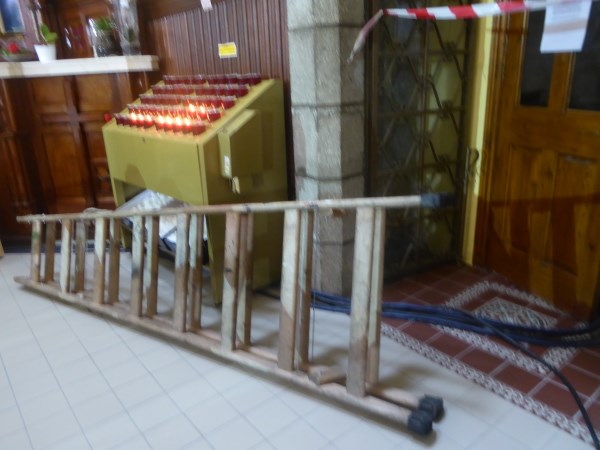 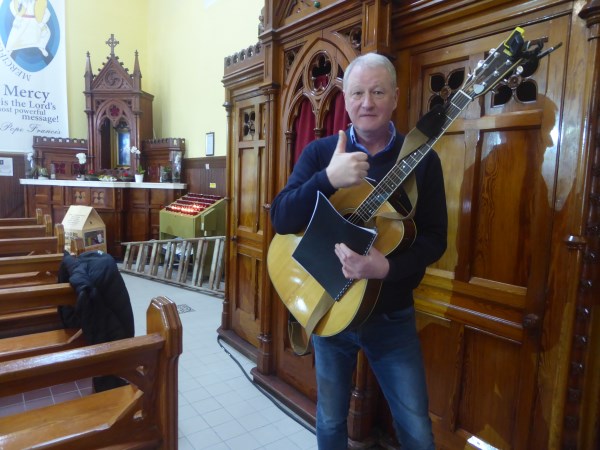 Jimmy Hannon was the first of the musicians to arrive. He had a story to tell.

It takes a musician to recognise a musician. Jimmy twigged that Ronnie Patterson the floor manager with Kairos who were filming the mass and making the programme for RTE, was, in fact, none other than the same Ronnie Patterson who played the double bass with the seventies group, The Pattersons. Jimmy put this knowledge to work and brought his double bass and guitar to the Listowel Arms and along with John Kinsella they had a great old session of seventies hits. 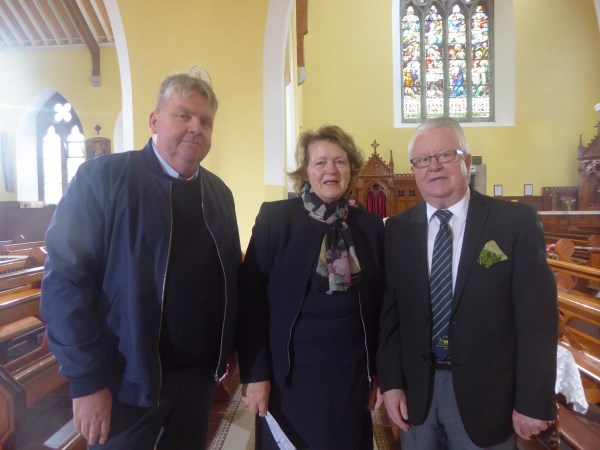 Everyone who had a part to play was dressed to impress. 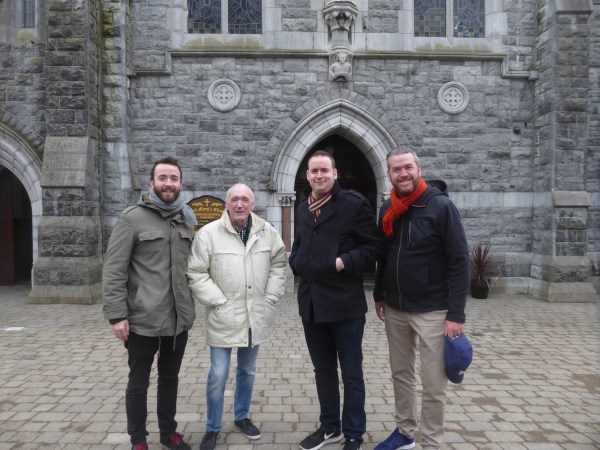 These men were on a mission. The man second from left is a Stack and these are the Danish branch of the clan. They picked a bad day to research their roots as people were a bit preoccupied with other things. But if they would like to contact me again, I’ll be happy to help. You see I was on a mission myself and I didn’t have a card or a pen and paper handy so I have no contact details. 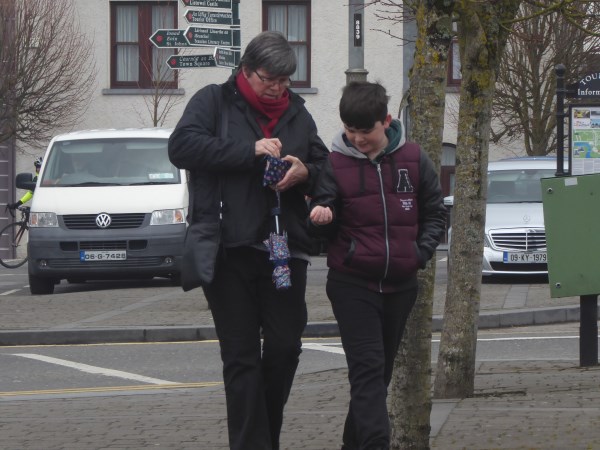 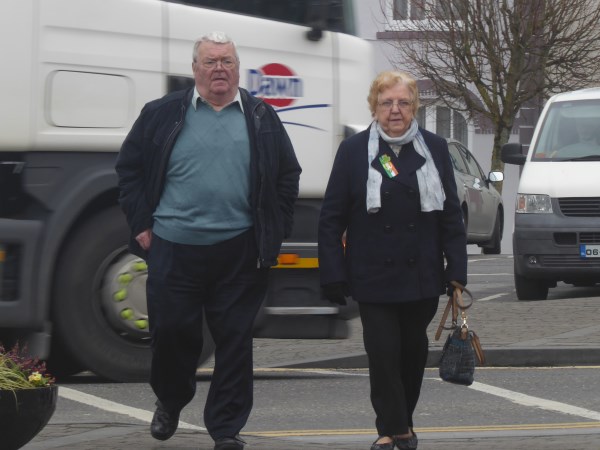 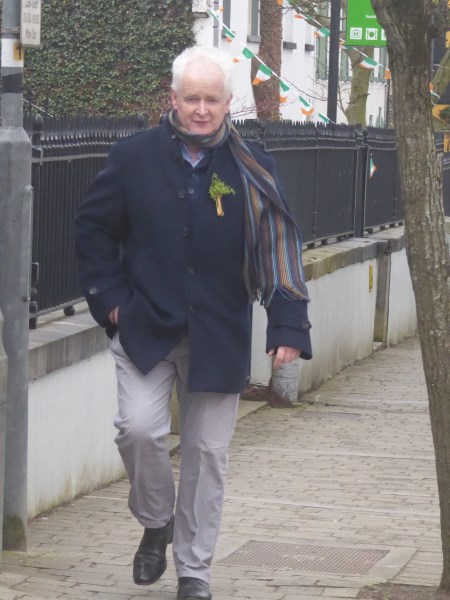 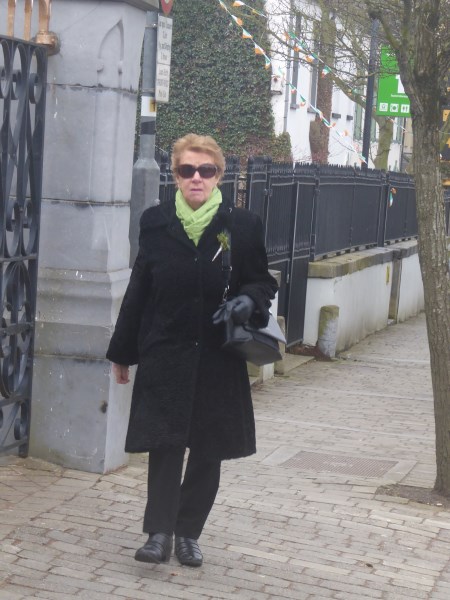 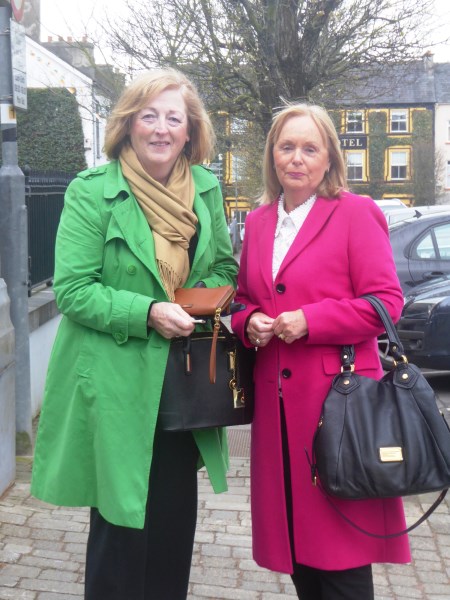 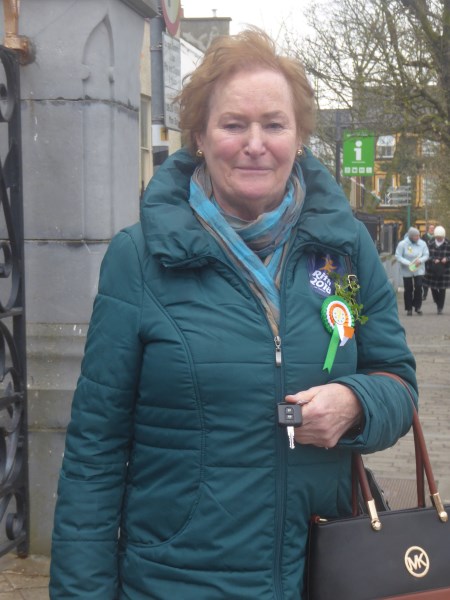 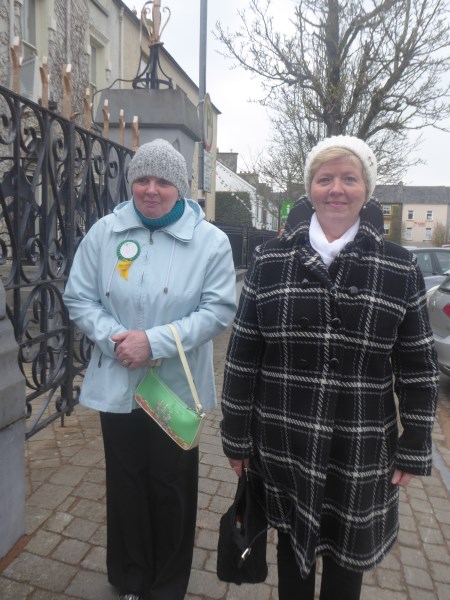 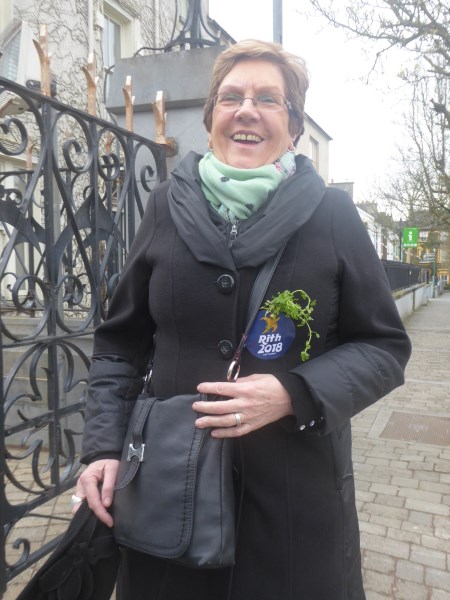 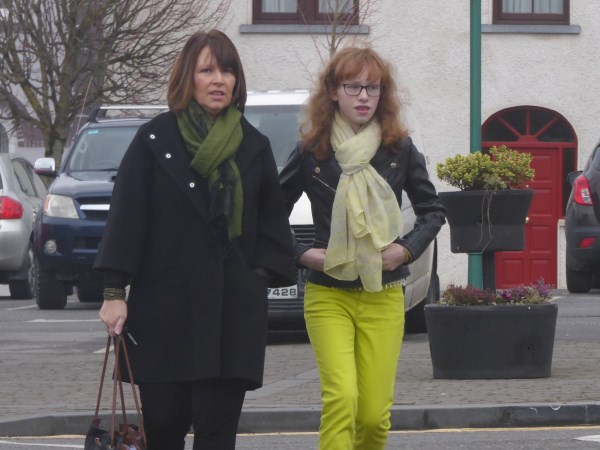 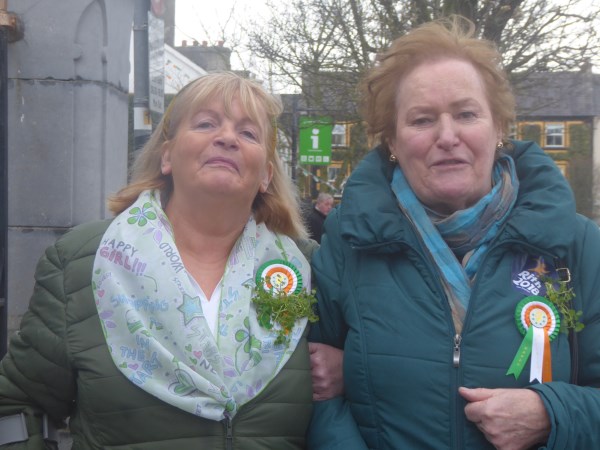 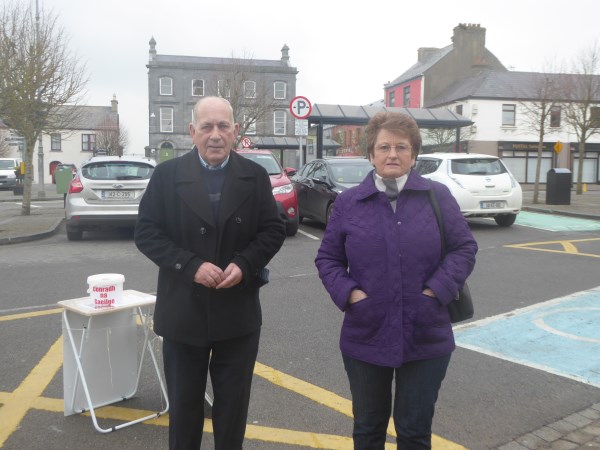 St. Patrick’s Day 2018 in Listowel, March 18 in Ballybunion and my “Thoughts” from last week