What a weekend we had ! It will take me a day or two to bring you all my photos. 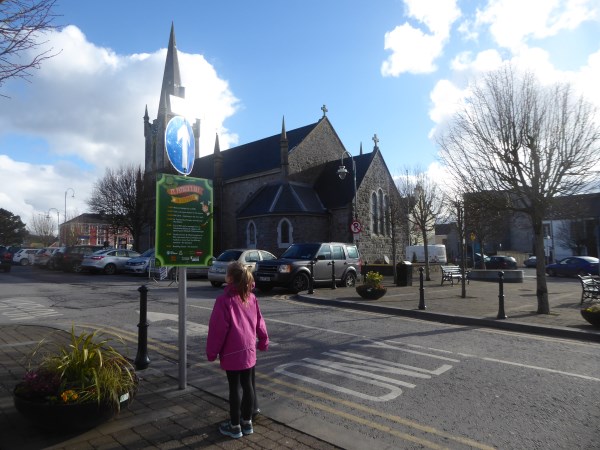 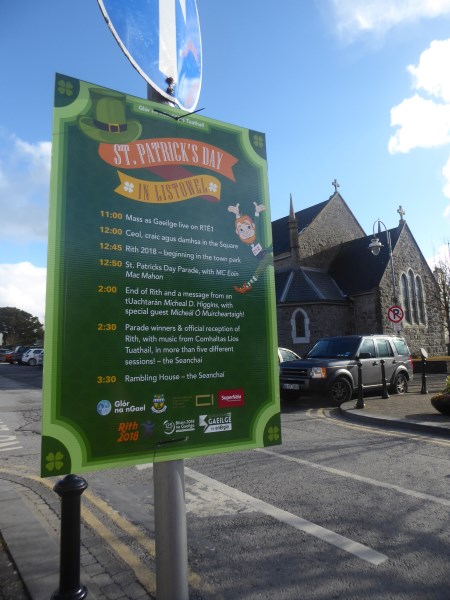 On March 16th 2018 the scene was set. The schedule was up in The Square. The sun was shining and we were all set. 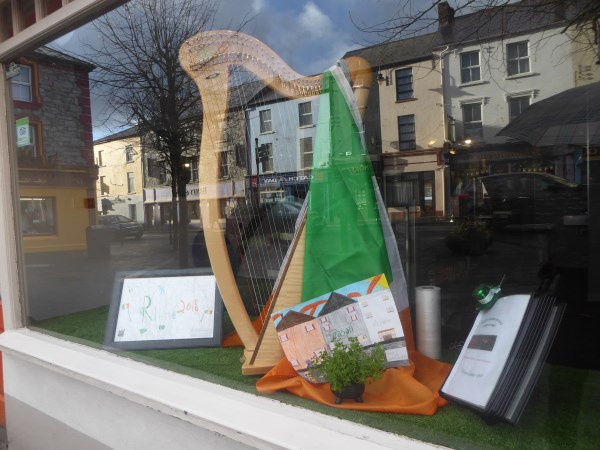 The shop windows were decorated. 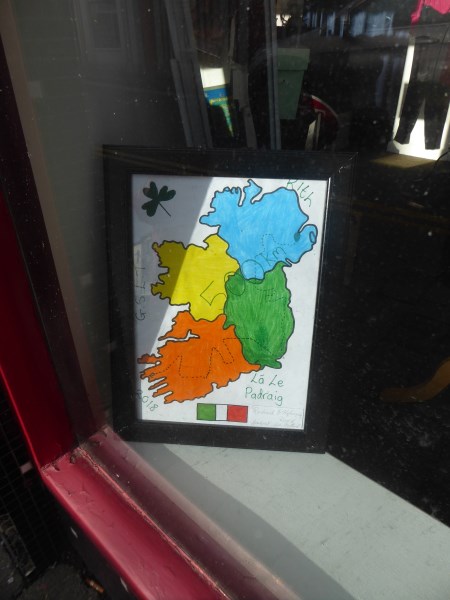 We were not just having a parade. We were welcoming the Rith runners to our town. These runners had set off from Belfast at the beginning of Seachtain na Gaeilge, carrying with them a baton which held a message of support for the Irish language from President of Ireland, Michael D. Higgins. 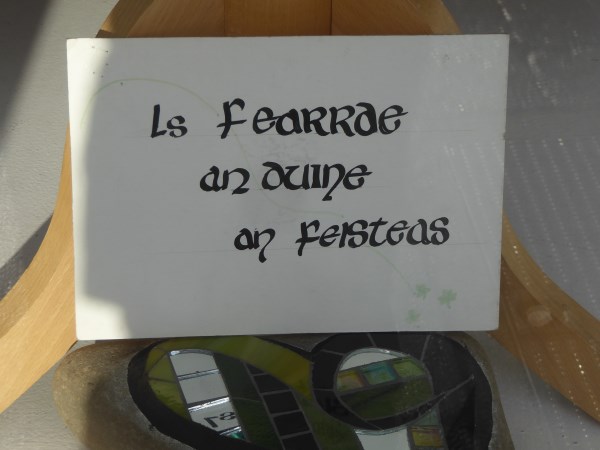 Our green clobber was in order and we were looking forward to the big day. 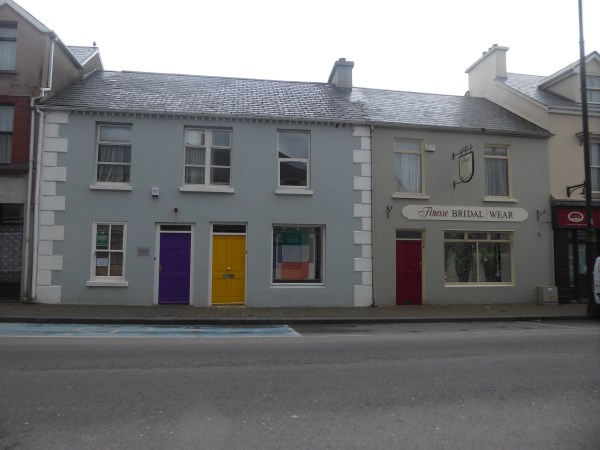 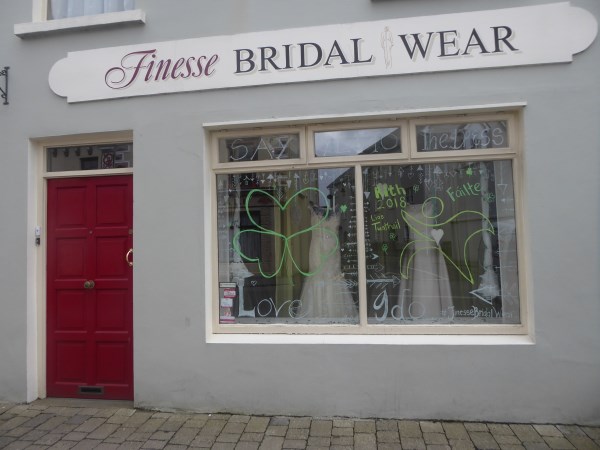 Finesse window was decorated with messages of support for everyone involved in all the festivities. 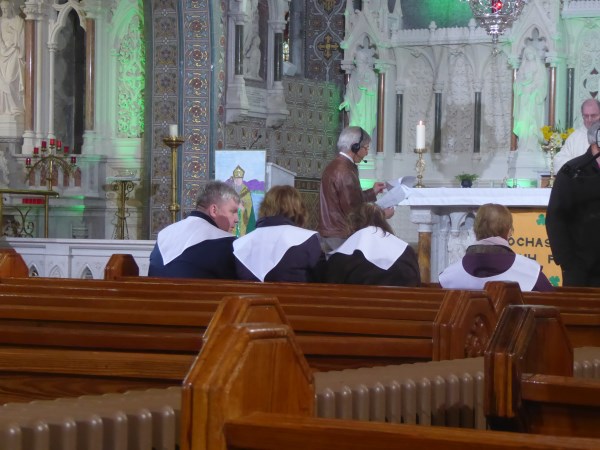 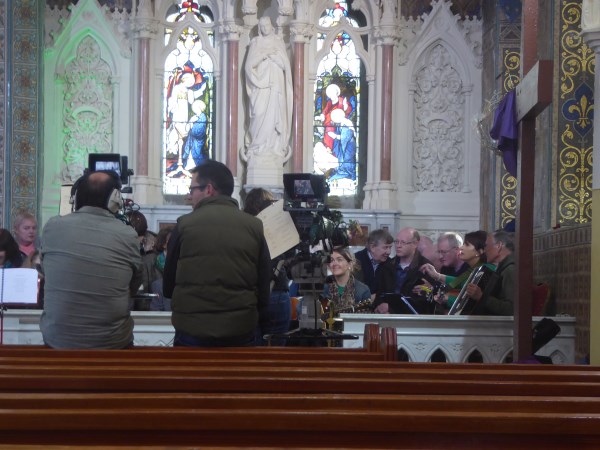 At St. Mary’s a full rehearsal was in progress. The folk group were in fine voice. I had always known that they would do us proud on the big day but when I heard them in rehearsal I knew that they would exceed all expectations. 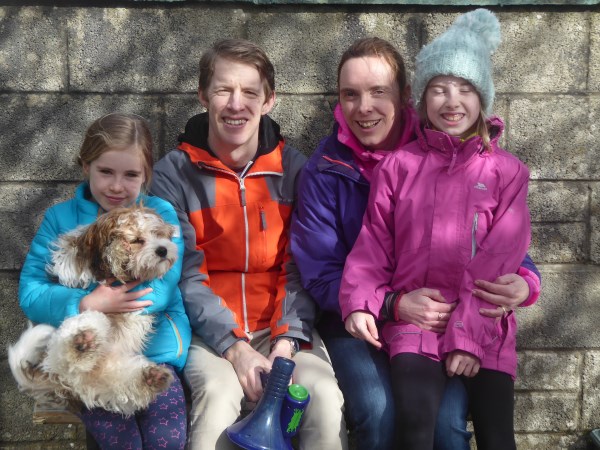 The first of my visitors arrived bringing Molly (their new dog) on her first visit to The Kingdom. 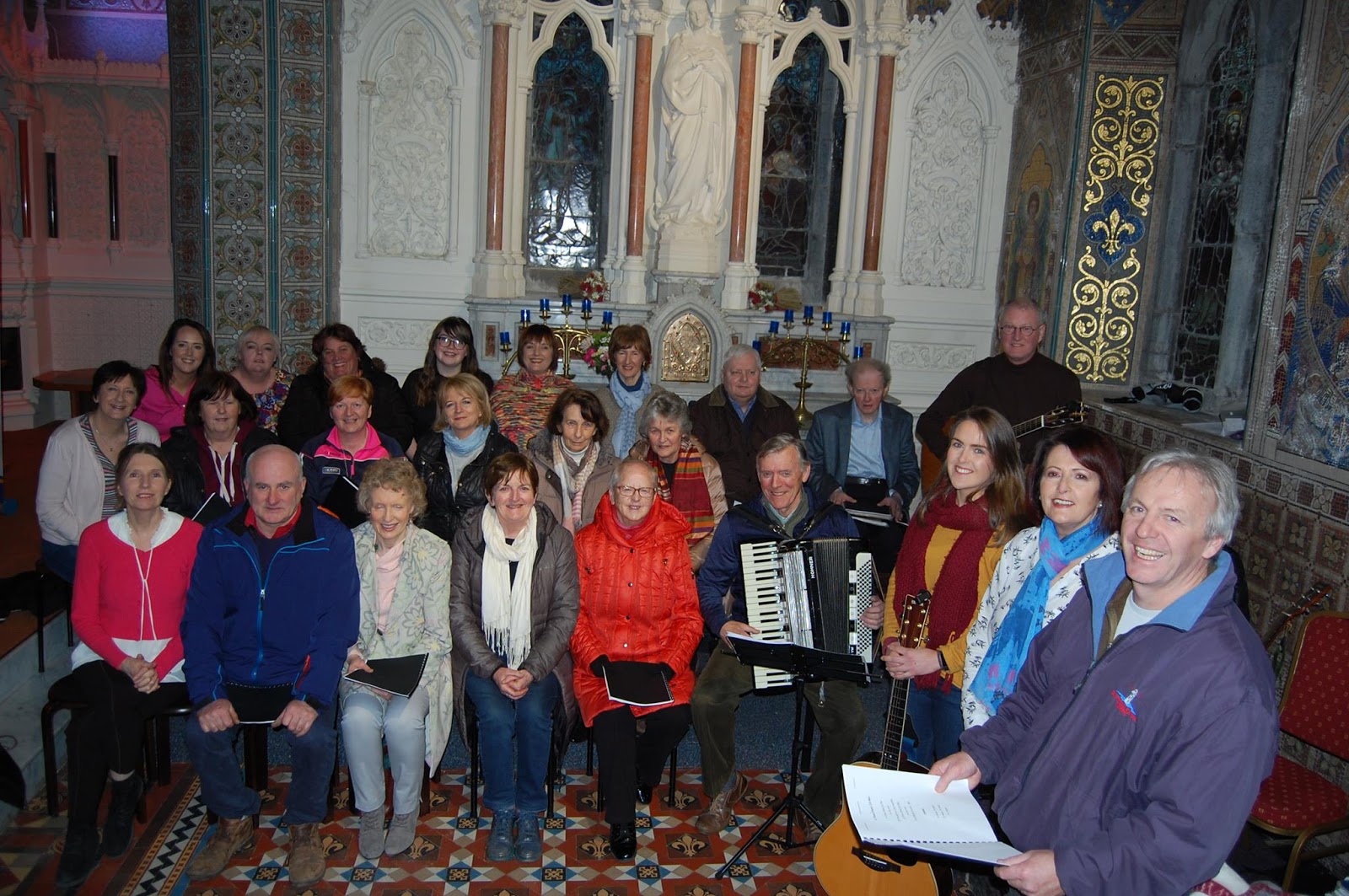 One of the Listowel highlights of St. Patrick’s Day 2018 was the programme broadcast from St. Mary’s. It includes mass in Irish and some lovely footage of Listowel with yarnbombing for International Woman’s Day and an introduction by Owen MacMahon.

The music of Listowel Folk Group was heavenly and everyone involved did us all proud. The link to the programme is live until April 16 2018 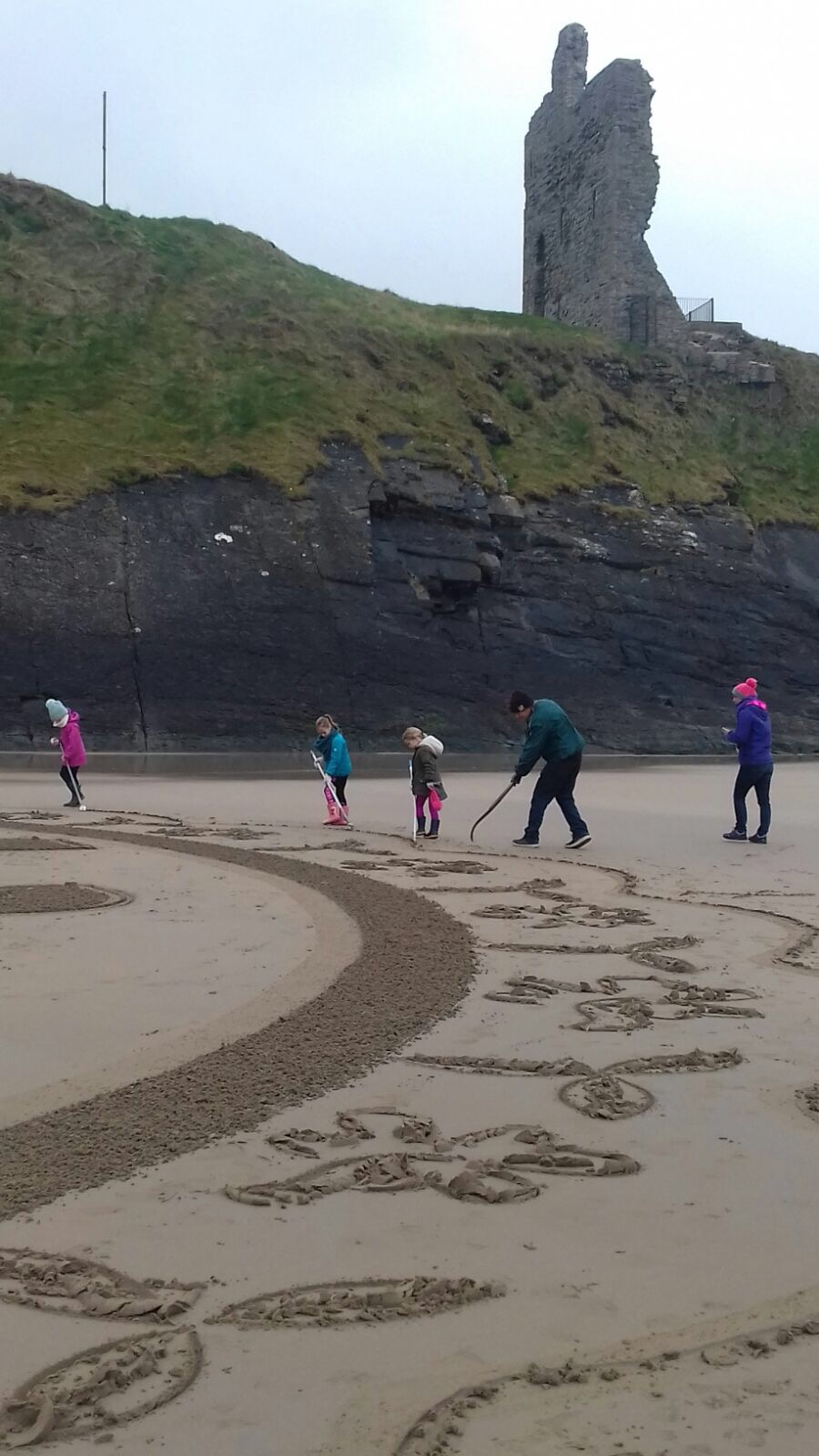 No trip to Listowel would be complete without a trip to Ballybunion. My girlies were delighted when Mario allowed them to “help” him sculpt his St. Patrick’s Day beach artwork. 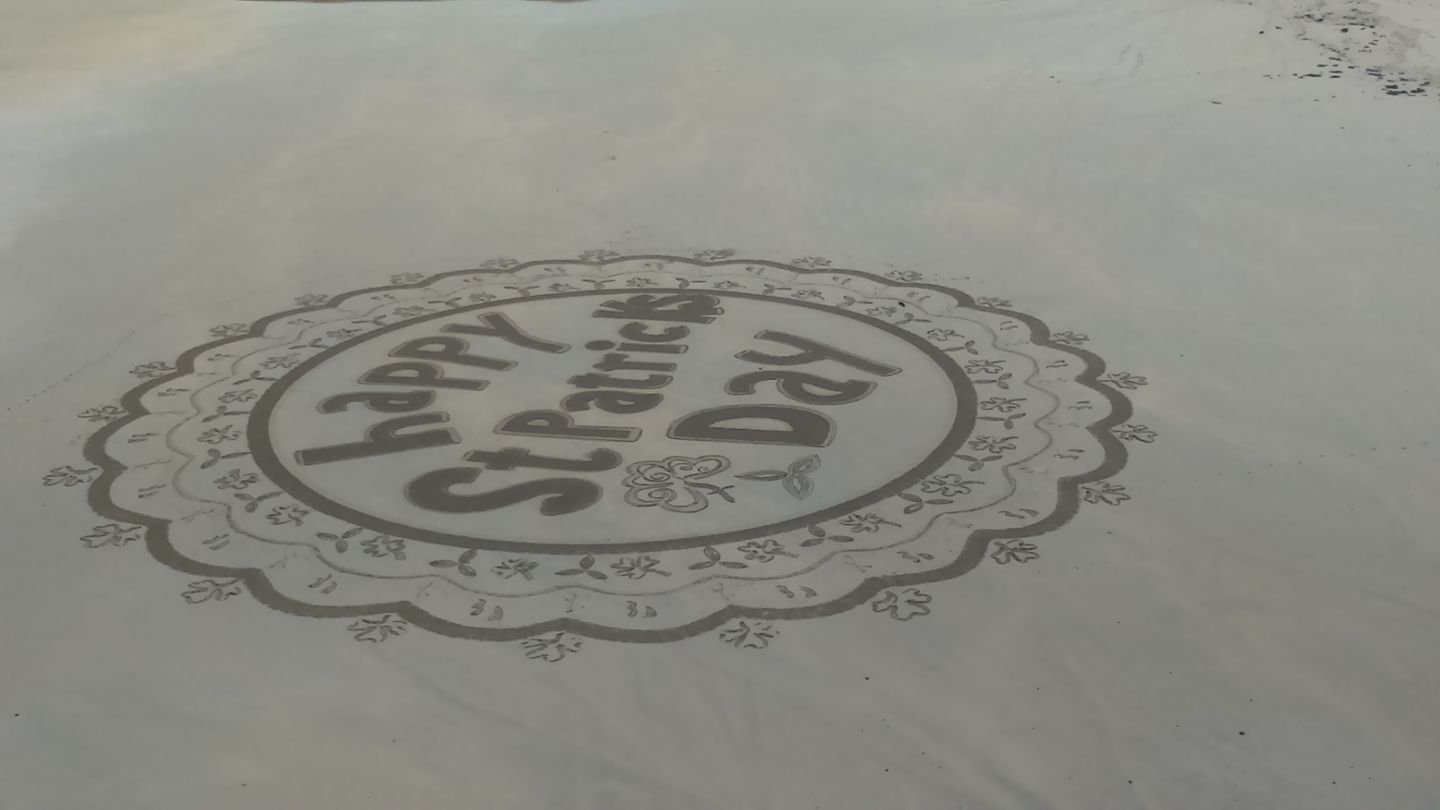 What Mario Perez does is amazing and Ballybunion is so lucky to have him.