Supernatural Happenings in Beale, Cleaning up at St. John’s and my visit to Mount Lucas 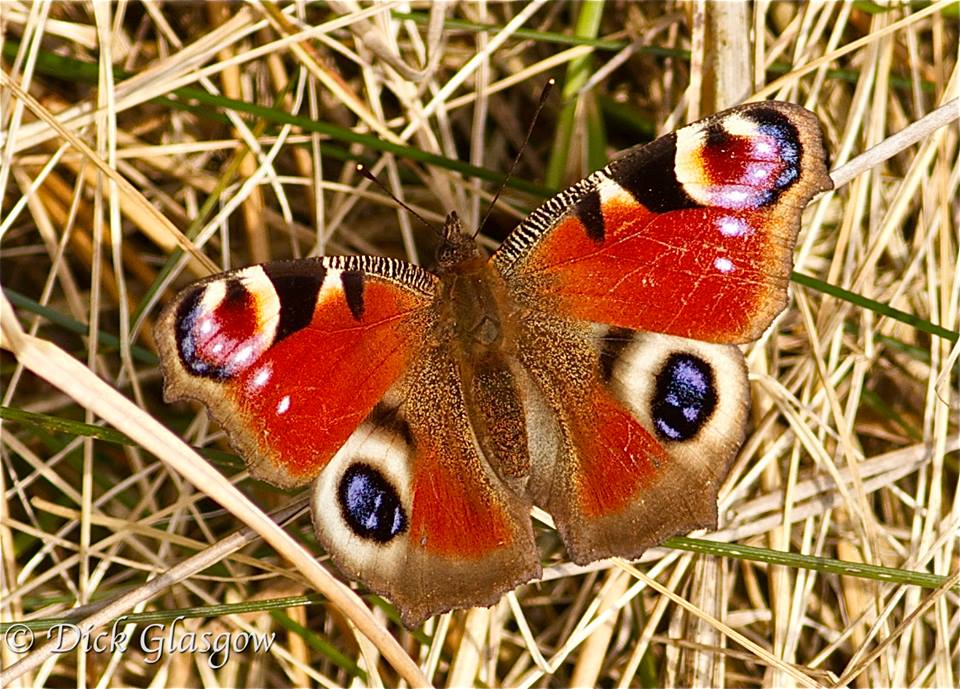 A Scary Story From Ballybunion Convent School in Dúchas Collection

There is a fort in Beale and it is supposed to be the principal resort of the fairies. One day as two men were drawing hay from Slios near Caill na Talmhain, one went through the fields as it was shorter than to go by the road, and his brother drove the horse by the road to Slios. As he was passing this fort, a little boy came out of it and ran after the car and sat into it. When they were gone a short distance he offered the man some sweets but he refused to take any. None of them spoke anymore until they arrived in Slios. Again the little boy offered the sweets to the second man who went through the fields. But his brother went behind the little boy’s back and grinned at the other man not to take the sweets, because he was about to take them. At this the little boy went into the fort and they saw him no more. 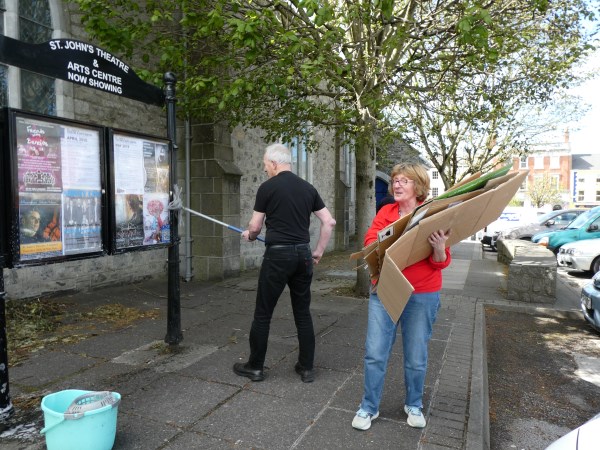 This is why Listowel is Ireland’s tidiest town. I met Joe Murphy and Liz McAuliffe on the morning after the international drama festival. Despite a long week of hard work and late nights Joe was out with his mop and bucket making sure his posters were clearly readable and Liz was clearing out the old cardboard. 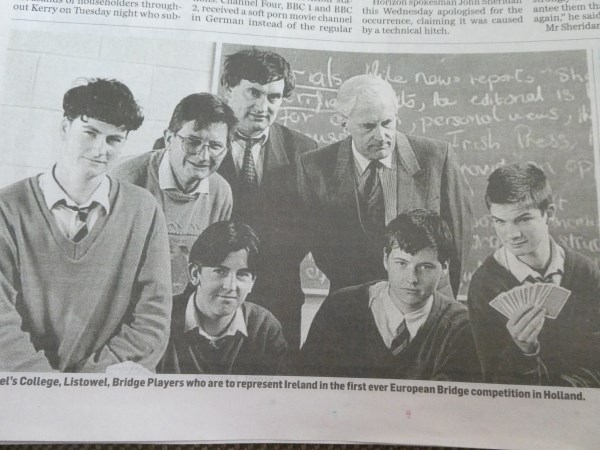 A trip down Memory Lane with The Kerryman

Facing into the Future 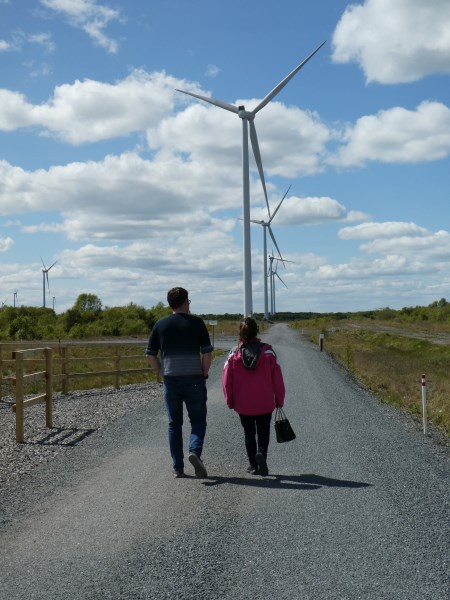 My son-in-law works on the Bord na Mona Wind Farms. He recently brought me on a visit to Mount Lucas. I was pleasantly surprised. It was a Saturday so the Park Run had just finished. Mount Lucas was once a bog so the area is now covered in 100% organic trees and other vegetation. It has just grown from seeds that have literally blown in. 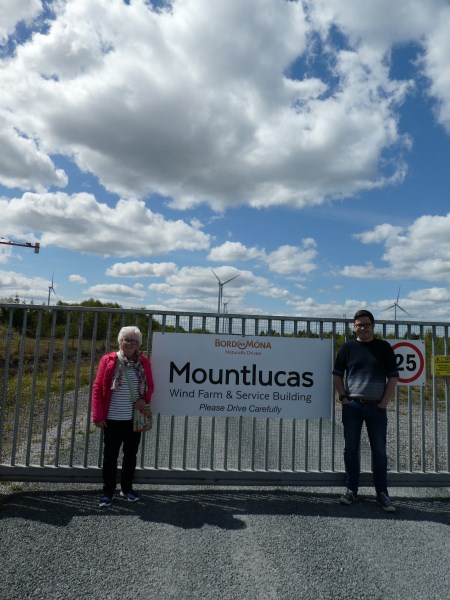 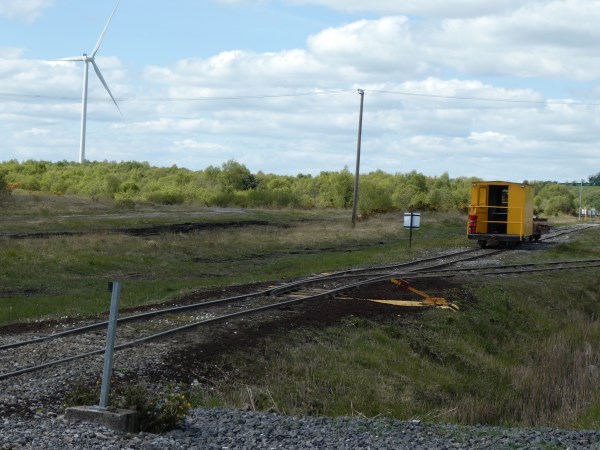 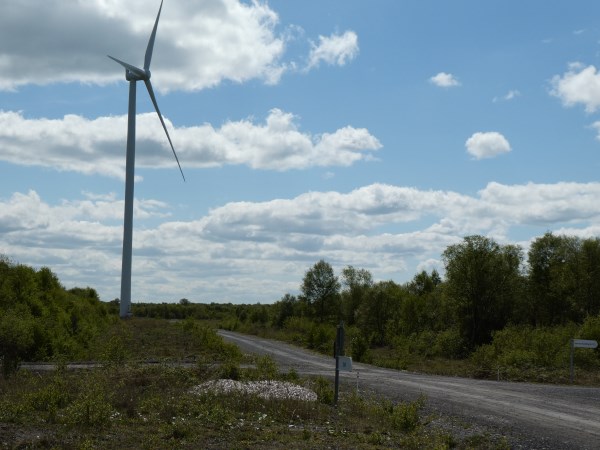 Each turbine (they call them towers in Bord na Mona) is massive. I didn’t honestly think they looked ugly and they certainly weren’t noisy. We could hear the birds singing happily on a lovely sunny summer day.

The visitor centre was not open on Saturday but if you visit on a weekday you can have a tour and see for yourself.

A Table of Poets 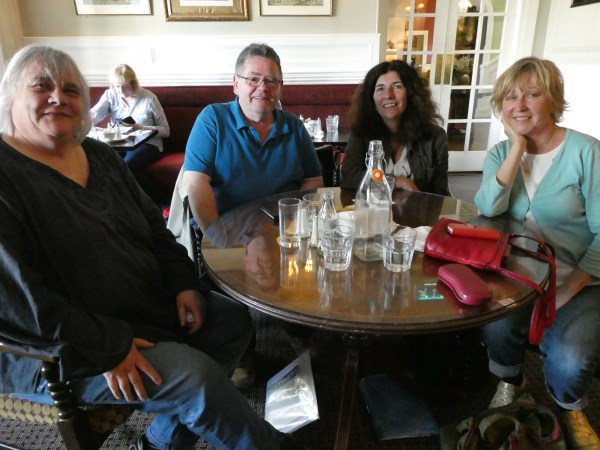 Eileen Sheehan is the writer in residence at The Kerry Writers Museum. I spotted her in the hotel in the  company of some local poets. They had just participated in Eileen’s workshop.

Here is a poem by Eileen Sheehan I found on the internet. I know someone just like her father. I was in his house last week and the was feeding crows.

My father,
a most gentle man,

fed the leavings of the table
to nesting crows
that screamed and whirled
in a nearby stand of trees.

From a branch of sycamore
that overhung
his newly-planted drills,
he suspended
by its gnarled legs
one dead crow;

for weeks
the wind-jigged carcass
swung there
in a crazy parody of flight.

My father,
a most gentle man,

appeasing the dark gods,
their appetite
for sustenance,
for blood. 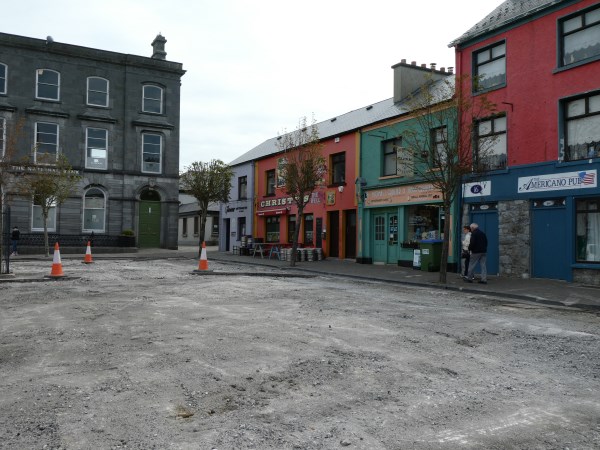 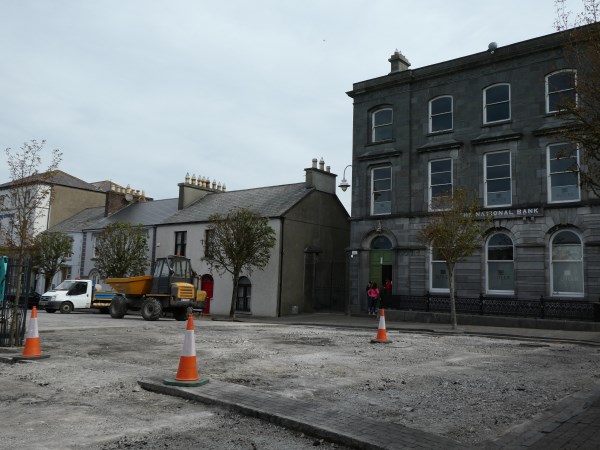 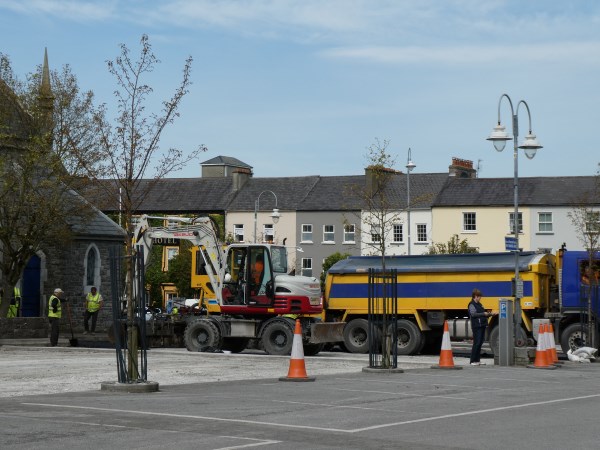 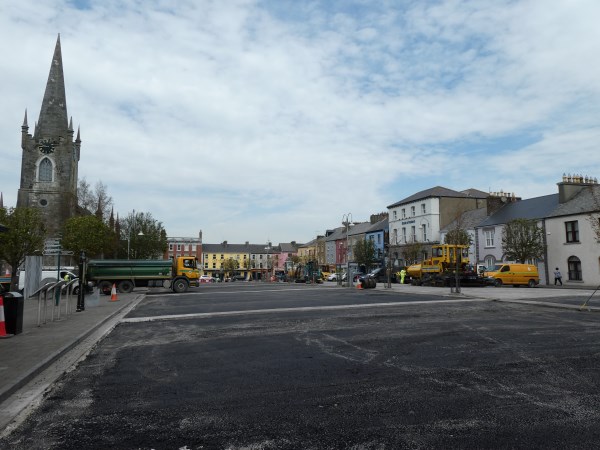 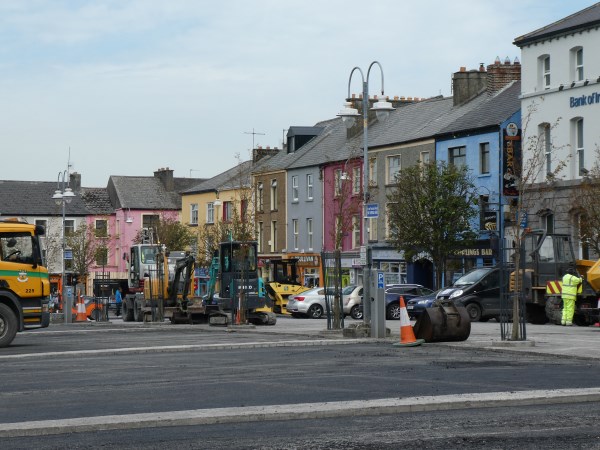 A Goat, Our Tidy Town Seat, Winding Wool, a ghost and an Old Album Cover

Coin Holder, The Sacrament of Confirmation, work at the library plaza and Writers’ Week 2019 draws nearer