Covid 19 cartoons, a murder and poem 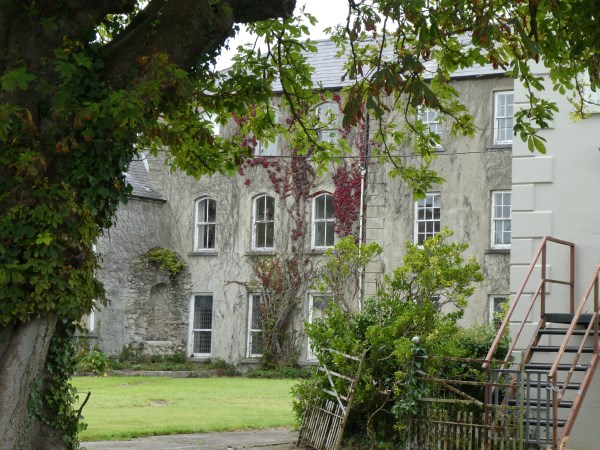 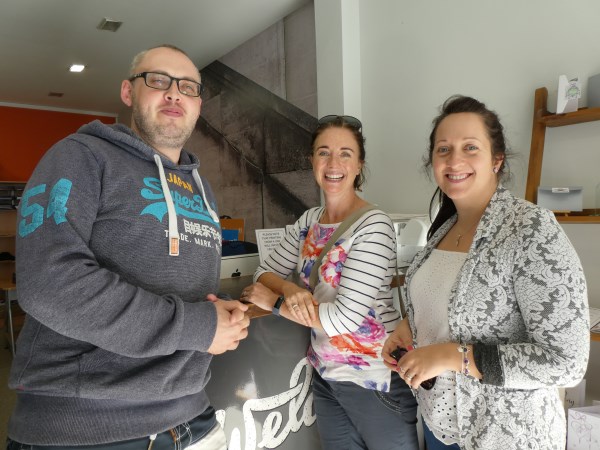 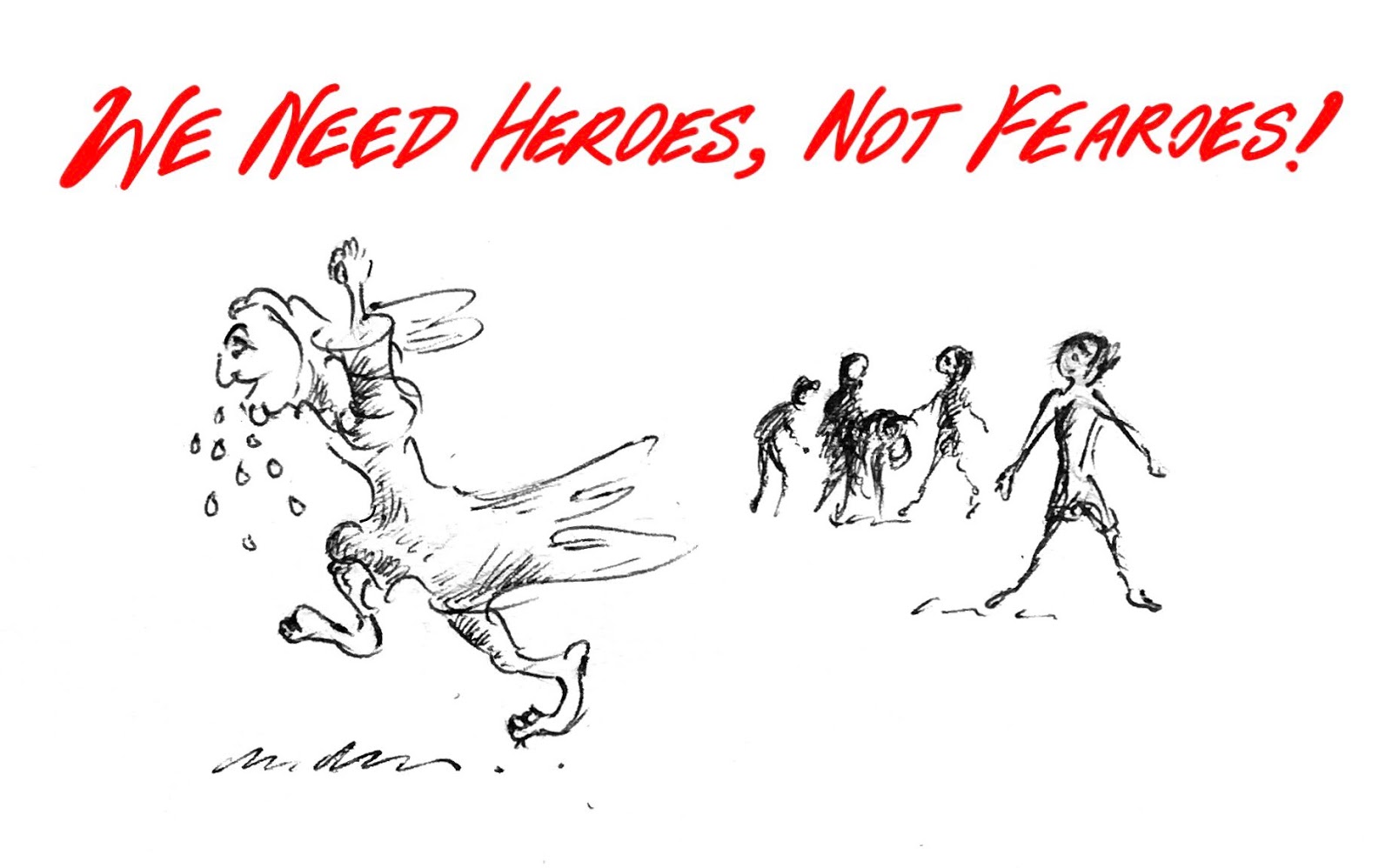 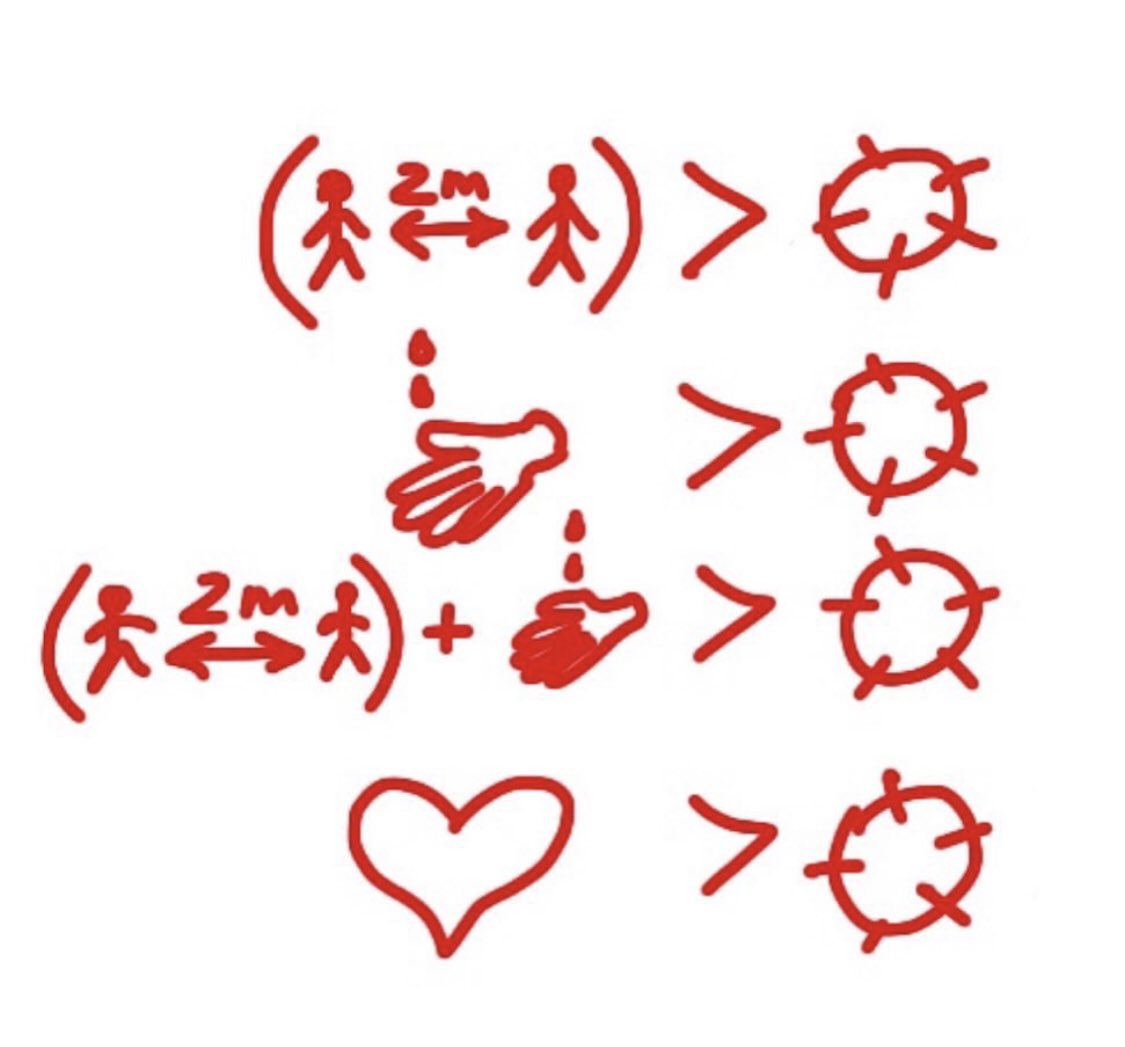 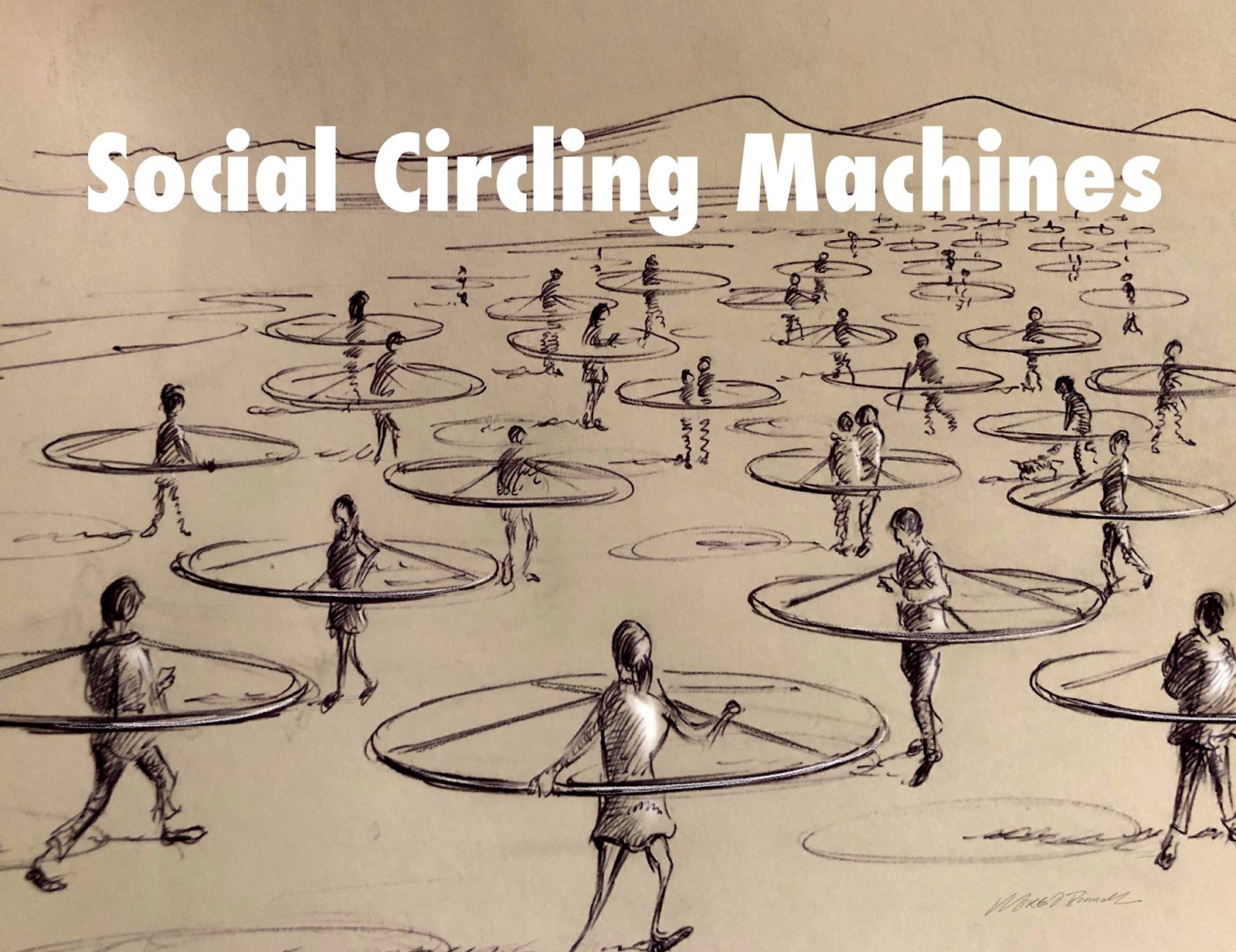 A Young Fred Chute and Friends

Thank you, Elizabeth O’Carroll for the photographs.

Lord Ormathwaite, a murder and the land war

The murder of a ‘land-grabber’ and the Land War in Kerry. By Mark Holan

A thunderstorm swept across Pittsburgh in the early morning hours of Aug. 22, 1923. Winds gusted to 35 miles per hour and dropped the temperature to 51 degrees before daybreak. The thermometer barely had reached 60 degrees as Nora Foran Scanlon set off for a notary’s office about a mile from her apartment in one of the city’s Irish enclaves.

It’s likely she was wearing her best Sunday morning dress as a sign of respect to the notary and in memory of her late father. Her purse would have been stuffed to bursting with letters and documents related to rectifying what she attested to the notary had been a “violation of justice” 35 years earlier along a rural road in County Kerry. Her sworn affidavit told the story: “My father held an evicted farm in the vicinity of Listowel, Coolaclarig. He was boycotted to the meanest extreme and finally shot to death.”

The murder of John Foran was one of over 100 killings associated with the Land War.

Nearly 100 agrarian murders occurred in Ireland from the start of the Land War in 1879 through the conclusion of the Parliamentary special commission on “Parnellism and Crime.” This story explores the viciousness of the period by looking at the case of one family. The murder of boycotted farmer John Foran caught the attention of newspapers and Parliament and echoed up to the founding of the Irish Free State.

Nora Foran had grown up near the North Kerry market town of Listowel, about eight miles southeast of where the River Shannon empties into the Atlantic. Knocanore Hill, an 880-foot summit isolated from Kerry’s taller southern mountain ranges, is another area landmark. Then, as today, the district is dominated by farms and bogs.

The Foran family were from Listowel, north Kerry, where they farmed a 150 acre lease in the Tullamore townland.

Nora’s father, John Foran, had grown up there, too. He’d been in his early twenties when a potato blight and English indifference triggered Ireland’s Great Famine. He’d seen widespread starvation and death as Kerry’s population plummeted 18 percent between 1841–1851.

Property records for 1851 show John Foran (either Nora’s father or his father) was farming a 150-acre lease in Tullamore townland, about five miles north of Listowel on the east side of Knocanore. Foran leased the land from John Benn-Walsh’s estate of nearly 9,000 acres, which had been acquired from the 3rd Earl of Kerry in the early 1770s. The estate included another 2,200 acres in neighboring County Cork and holdings in England and Wales.

Benn-Walsh was a British politician and the first Lord Ormathwaite—taking the name from his County Cumberland property in northwest England. His North Kerry estate was larger than most, but dwarfed by a handful of others. Foran’s farm was among 1,900 acres in Galey civil parish, where Ormathwaite maintained his mansion Tullamore House and a smaller residence called Duagh Glebe, a few miles east of Listowel.

The Foran’s farm was a large sub-lease within the 1,900 acre estate of Lord Ormathwaite.

Omathwaite considered his purchase of Coolaclarig opposite Tullamore to be “a very good investment,” according to his surviving journals. In 1858 he hired George Sandes as local agent for his properties. Sandes was a North Kerry native and lawyer, but the agent position made him very unpopular among the locals……..

I ate my way through last week,

As I waited for covid to peak

I must try harder

To bypass the larder,

Or I’ll never regain my physique.

A jig saw, Young Adult Bookfest 2019 and a Castleisland sign 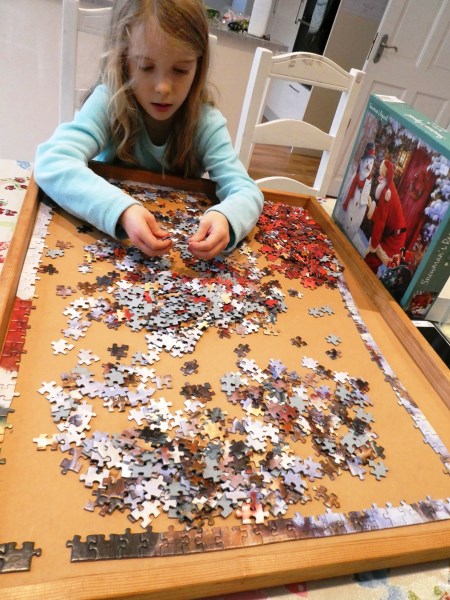 Winter is jigsaw time. Here is Cora getting to grips with a big one.

This is always one of the highlights of Transition Year. This year was a superb mix of business and pleasure, some tips for Leaving Cert English spiced with music and comedy. There was also some valuable life advice and some stories from people who reached their goal via the scenic route. 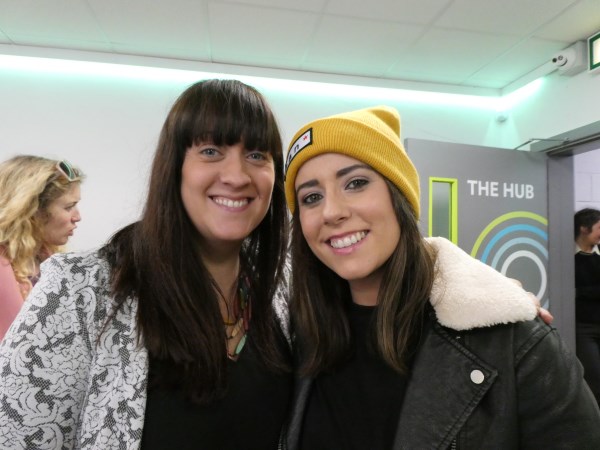 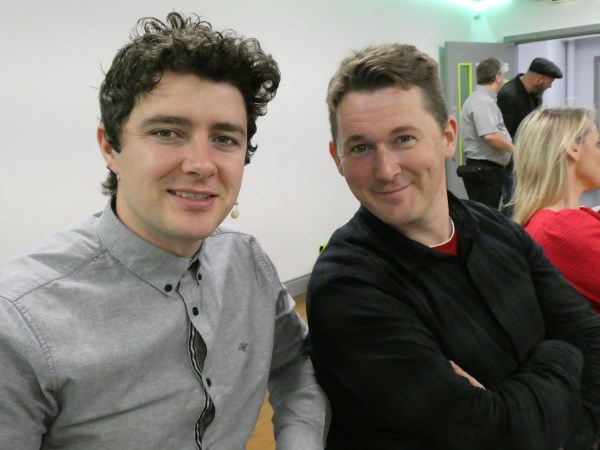 A case of two Caseys (no relation), Bernard Casey of Kerry and Shane Casey of Cork, actors and comedians. 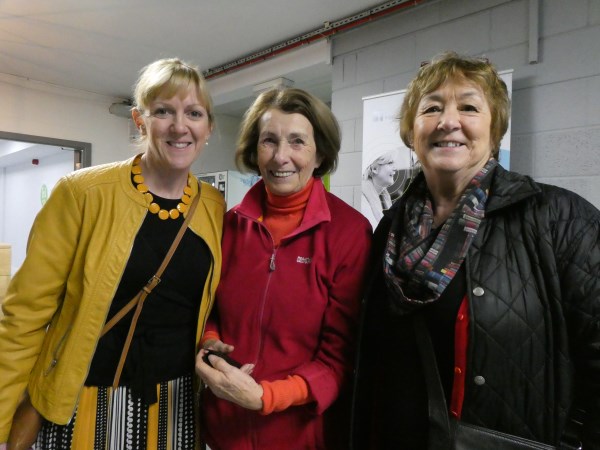 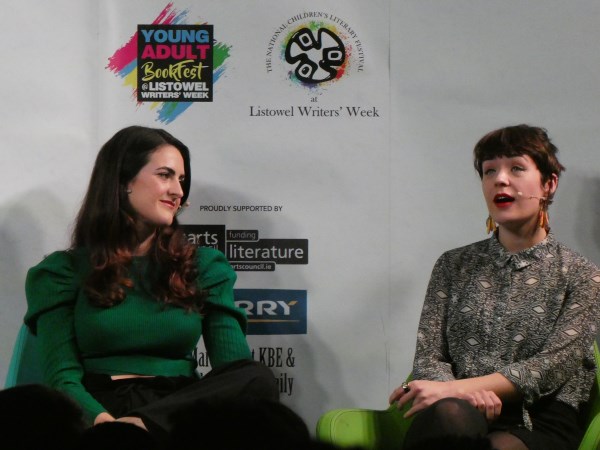 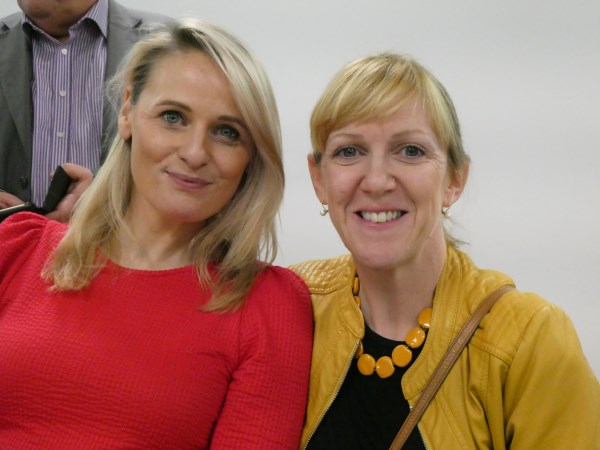 Elaine Kinsella was an excellent MC and Catherine Moylan was first on stage to get the show on the road.

Parking in Castleisland church grounds is only for the prayerful 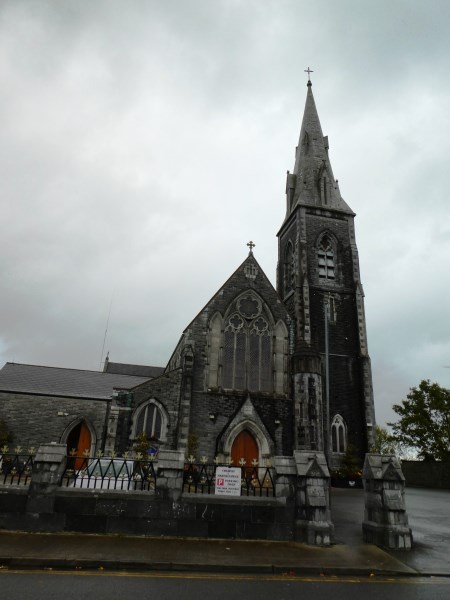 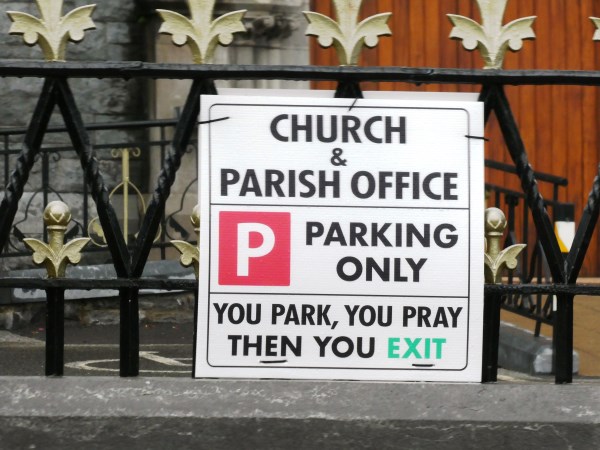 Be good or be gone!

On the Wall in The Listowel Arms 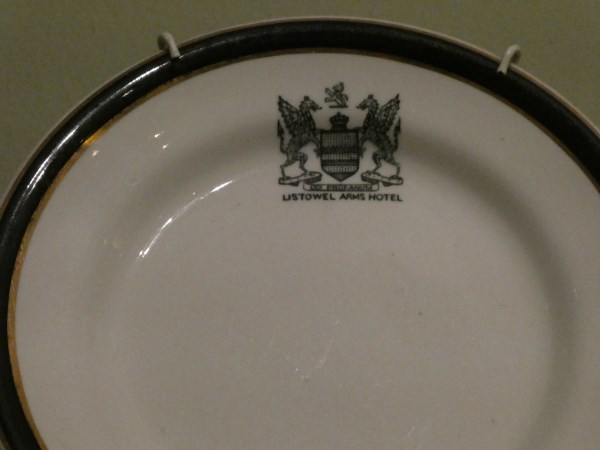 The coat of Arms which gave the hotel its name 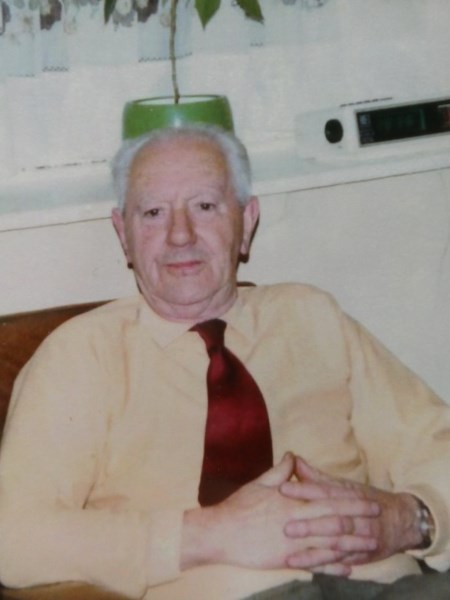 Joseph Hickey of Colbert Street was awarded these two medals and they are kept safe by his son, Jimmy. 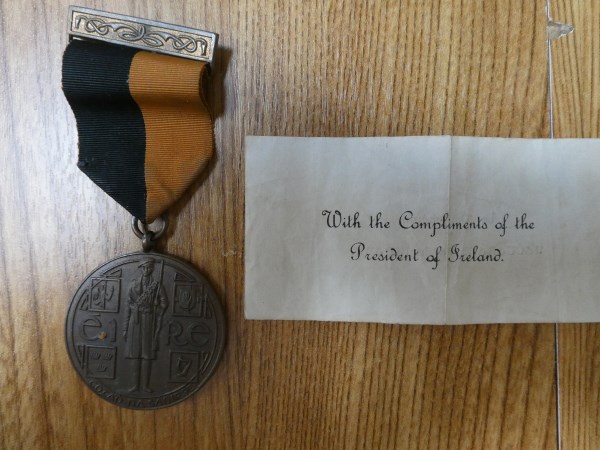 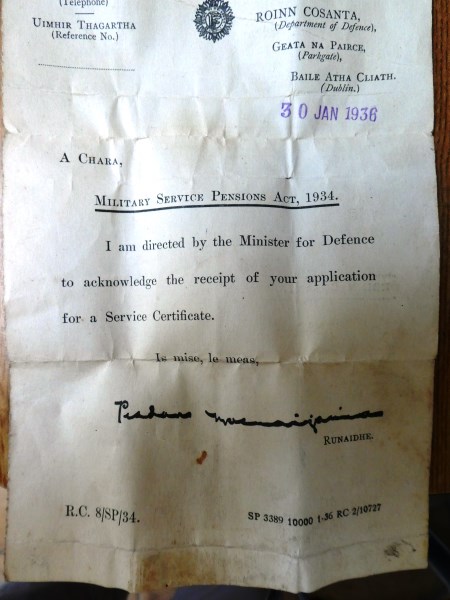 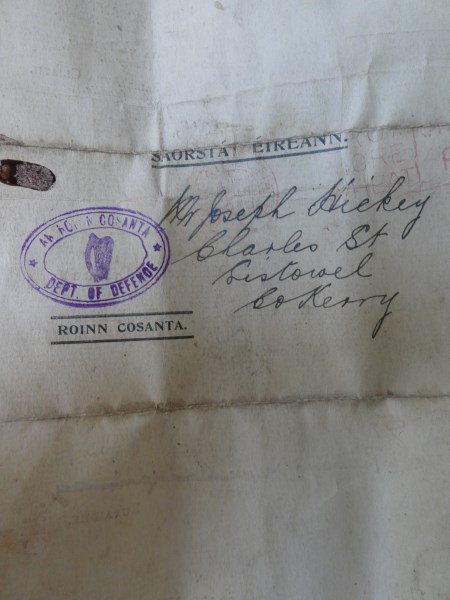 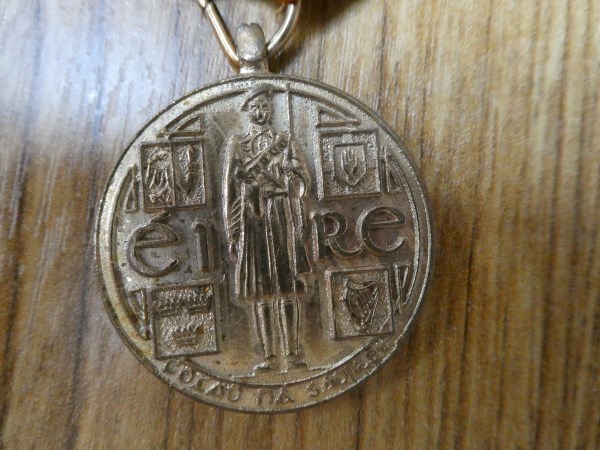 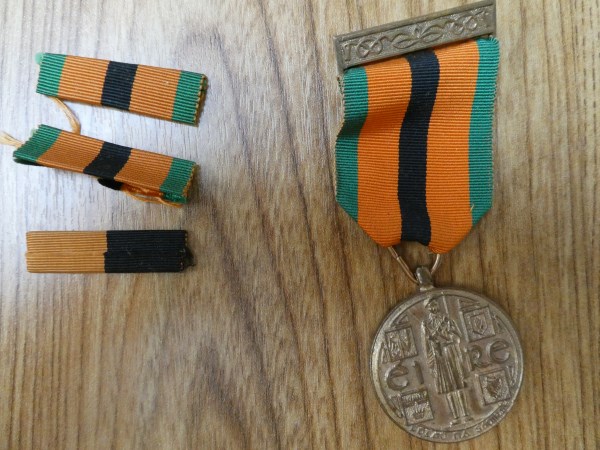 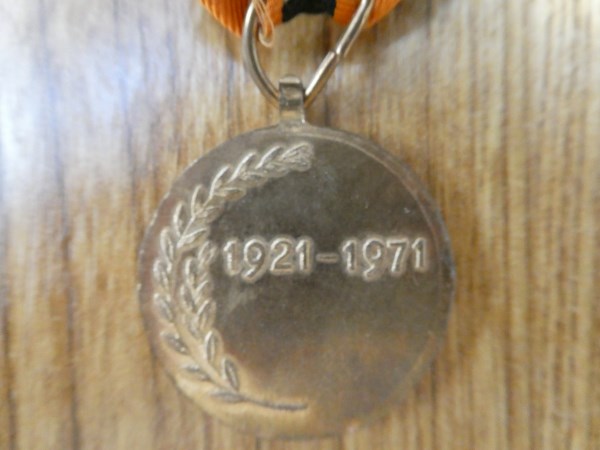 Joe’s story is an extraordinary one. He was only 15 when he joined the Volunteers. During the reign of terror of The Black and Tans the republican side often used women and children to carry messages and sometimes even guns and ammunition as they were less likely to be stopped and searched.

The Volunteers got guns from many different sources, some from the USA.  Joe was caught in the act of transporting a gun and he was brought to The Listowel Arms where the Tans were quartered. The punishment for gunrunning was that the gun was confiscated and became property of the British Army and the gun carrier would be shot.

1.The gun he was carrying was no ordinary firearm but a silver mounted pearl handled gun.

2. The ‘Tans were a lawless bunch. They decided to keep the gun for themselves and to let Joe go.

They played a game of cards among themselves to see who would have the gun.

Joe served time in Limerick and The Curragh after that. He was awarded two medals and he received an IRA pension. 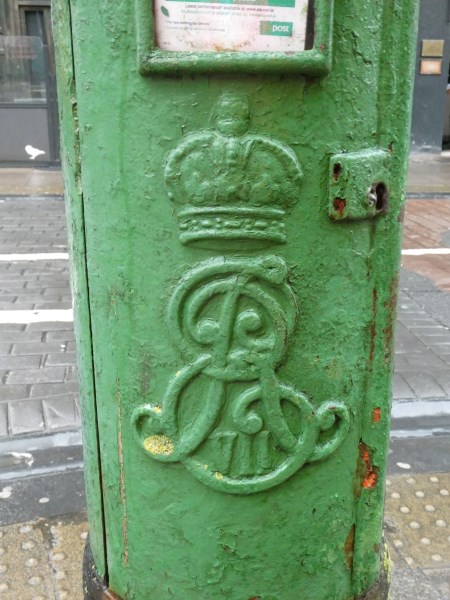 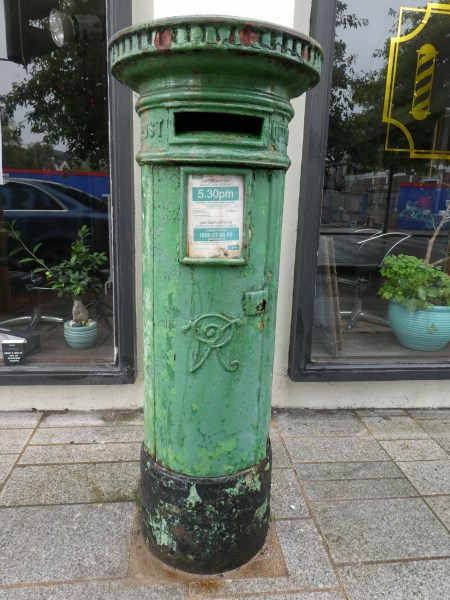 This being the Annual Licensing Sessions and there being- no objections all publicans certificates were renewed.

Agnes Macaulay, publican. The Square, Listowel, was granted an occasional licence for the Race Course Bar on the occasion of the Listowel Race Meeting.

Patk. Coffey, Tralee, was granted a temporary licence to hold dunces at “The Astor” Cinema, Listowel, on the three nights of the forthcoming Listowel Race Meeting. The hours fixed are from 11 P.m. to 6 a.m. on each day.

Patk. Sheahan, Kilmore, Ballyduff was granted a licence to hold open air dances in Listowel on the three days of the Listowel Races from 12 noon to 8 p.m.

The following were granted renewals of licences for dance halls: — Trevor Chute, proprietor of ” The Plaza,” Listowel. John Collins, in respect of Walsh’s Ballroom, Listowel. Michael Cronin, Secretary of the Lixnaw Coursing Club. Maurice Heffernan, owner of a hall situate at Shronebeirne, Duagh. John Curtin, in respect of a hall at Tourhane. Batt Joy, for the Bedford Hall. Timothy Kelly for a hall at Lisroe, Duagh. Timothy Langan in respect of the Lyons Memorial Hall, Duagh. Ml. Regan for the “Six Crosses” Hall. Michael Scannell, proprietor of Scannell’s Hall Listowel. Jerh. Whelan, In respect of a hall at Crotta. John Woulfe, for the Dromolought Temperance Hall.

New Face in the Office at Listowel Writers’ Week 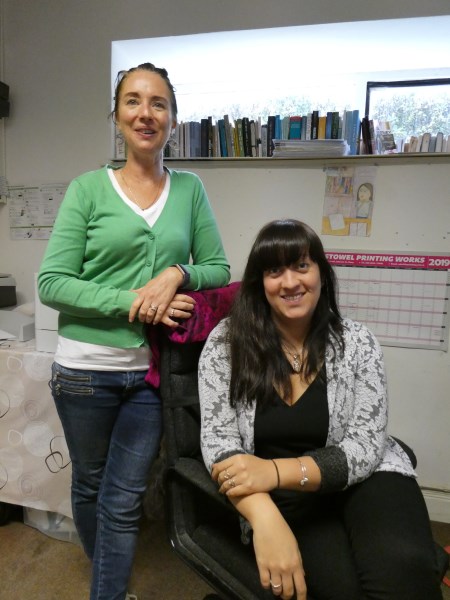