Raymond O’Sullivan has a great knowledge of gardening and the old traditions. Here is what he says about potatoes.

St. Patrick’s Day is a traditional day for planting spuds. Maybe because the saint protects them and the devil has no power over them on that day. But more likely because it is within a couple of days of the Spring equinox, 20th March this year, when there is a good chance that soil conditions would be suitable. Lunar gardeners believe potatoes should be planted in the week following a full moon, and the moon was full on Friday night. We got a couple of fine days and everything seemed to be right, so I took the chance. Potatoes can put up with a bit of hardship. Fingers crossed!! Not so with many seeds though, the soil needs to be much warmer for germination. An old gardener gave me a trick to test the suitability of the soil temperature for seed germination: you take off your pants, and if you can sit comfortably on the ground on your bare backside, then it is time to start setting seeds outdoors.

Some Local Sports Clubs on Parade

A Strange Happening at a Holy Well

In the schools folklore collection of 1937 three are many stories about holy wells. Clandouglas children had many wells to choose from and their elders had many a tale to tell.

Margaret Shanahan collected this story from her father.

Sunday’s Well is in Oak Park near Tralee on the Abbeydorney side. Wether’s Well is in Tubrid near Ardfert village + I wish to tell the following story, which I heard from my deceased father (R. I. P.) who is dead 19 years + was 75 when he died. From early times people paid rounds at both wells + still continue to do so.

In Wether’s Well there is a mound , an altar, + a well but in Sunday’s Well there is only the well + a lone bush. When the Sandes were Landlords of Oak Park, one of them got a mason to remove the altar with its three effigies from Tubrid or Wether’s Well to Oak Park + erect it over Sunday’s Well. The next morning it was back again in its own place at Wether’s Well + signs of the fresh mortar could be tracked as the crow flies from one well to the other aCdistance of about 5 miles in a direct line.

Sport and Writing…….Where did Tadhg learn his love of these

You can take the man out of Kerry but….

Tadhg has found success a long way from Church Street. He has never forgotten his roots and is literally and metaphorically flying the flag for his native traditions.

Listowel Connection has lost a great friend and supporter. Noreen always took time to tell me how much she appreciated the work I do in connecting people like herself who loved Listowel so much.

Noreen passed away peacefully at her home in the U.S. on March 22 2022. She is mourned by her dear mother and her family, here and in her adopted home in New York.

Bernard O’Connell, the only boy in the photo, posted this photo a few years ago. Noreen is in the centre of some Listowel childhood friends.

I was thrilled to meet Noreen in person in 2019. She was a lovely lady.

It was a very enjoyable event, a great start to this years exciting festival. 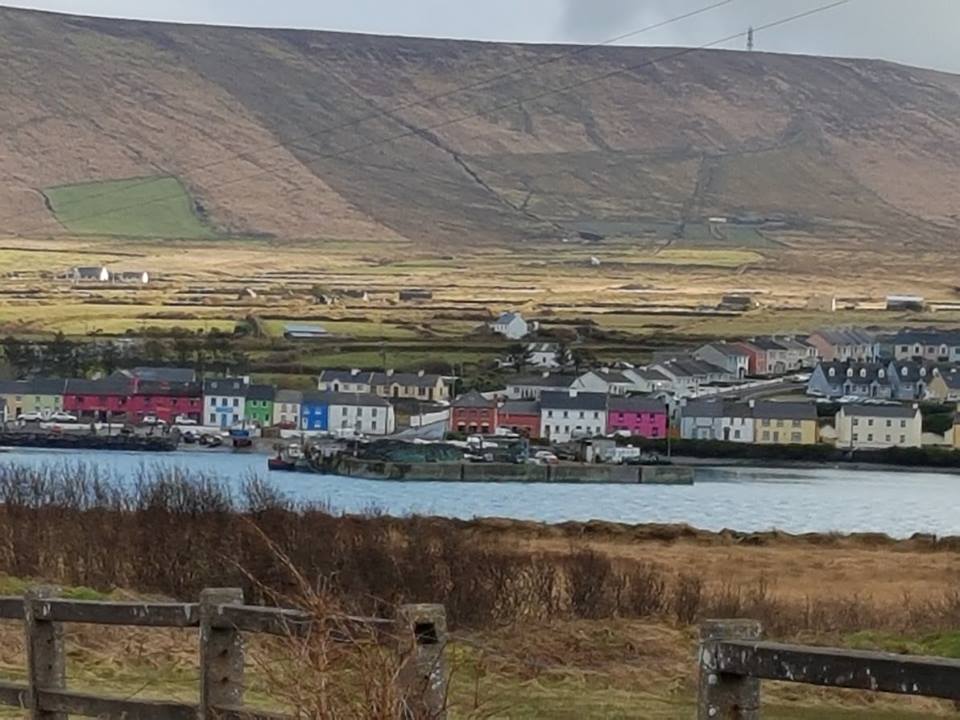 Ita Hannon is a super photographer. This is her picture of Portmagee last week.

My little granddaughters made a welcome trip to The Kingdom during their spring break. If you have grandchildren who come to visit, enjoy them while they are small. All too soon they become busy with their own activities and there is less time for Kerry visits. 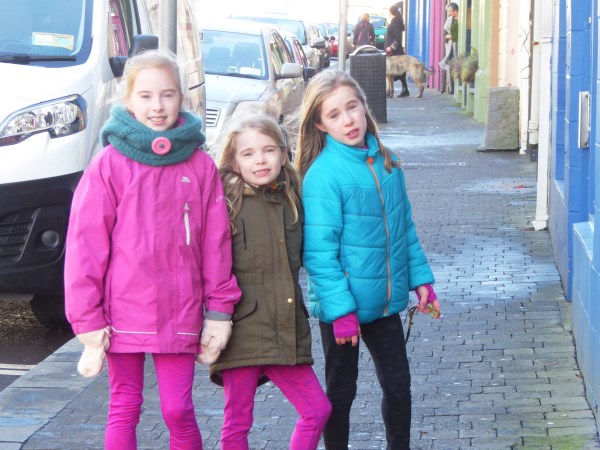 Aisling, Cora and Róisín are growing up fast. 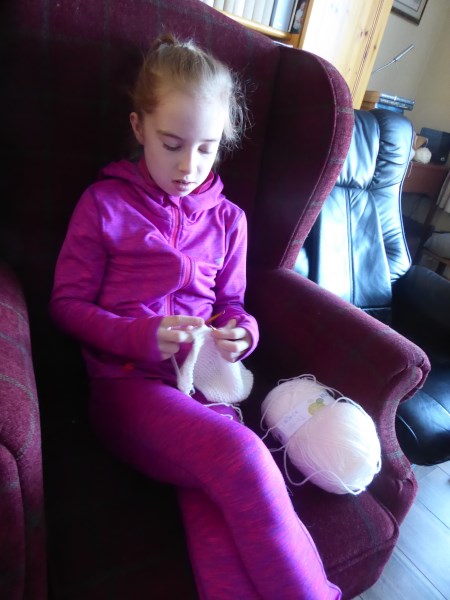 When they are in Nana’s house they do Nana type activities like knitting and baking. 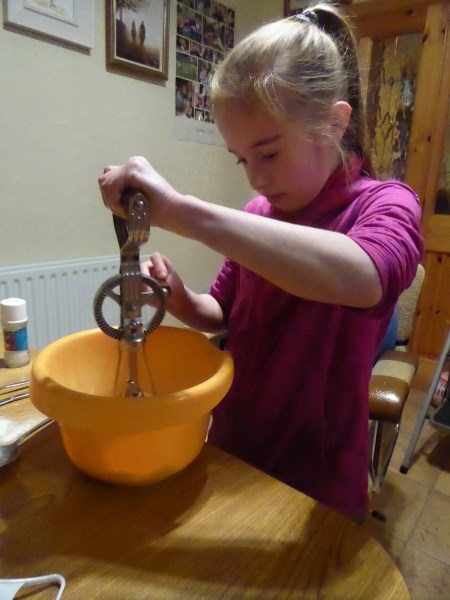 Aisling loved my old beater. She thought it was much better than a whisk for making pancakes. The above picture is of Aisling making pancakes for Shrove Tuesday and when she returned home she made her parents cupcakes for Valentine’s Day. (picture below) 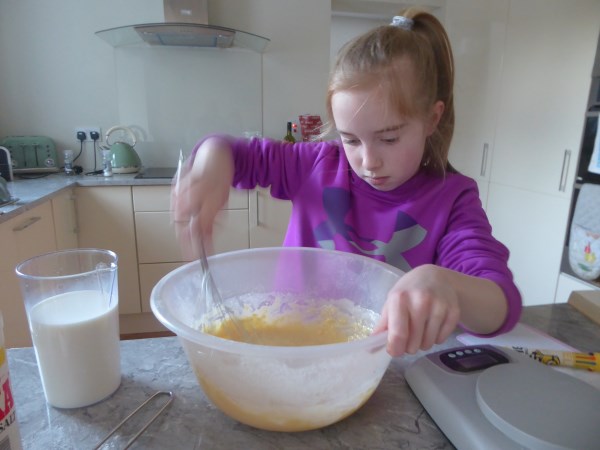 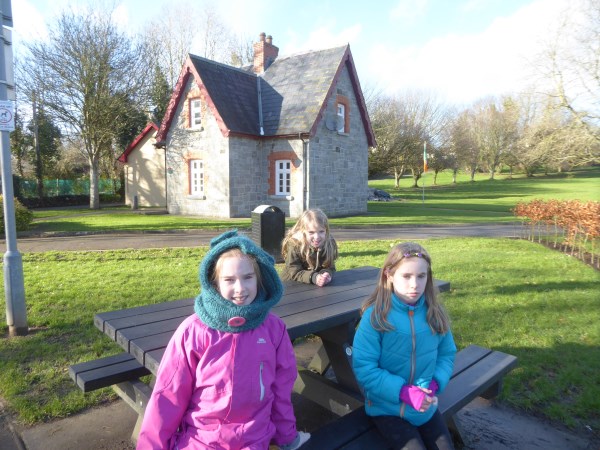 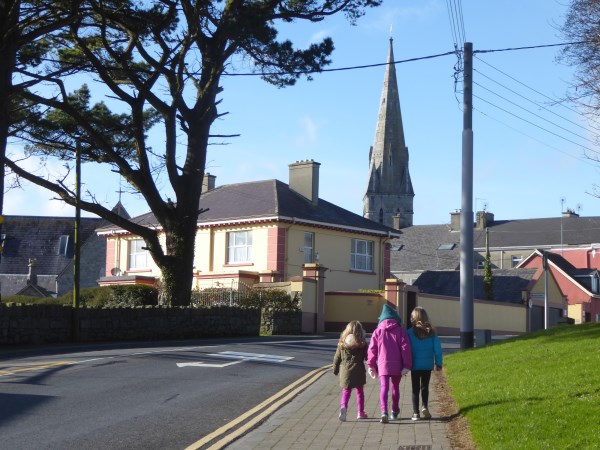 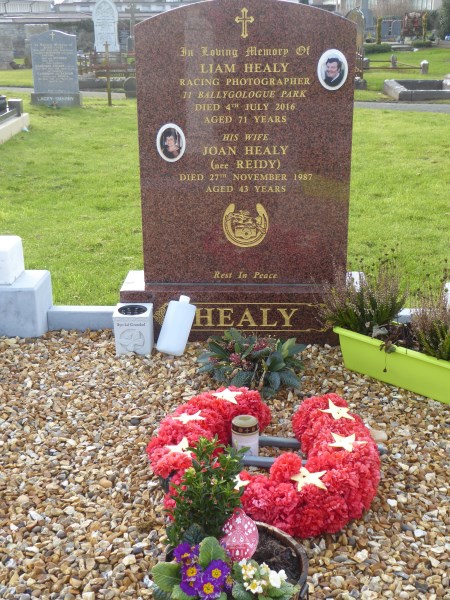 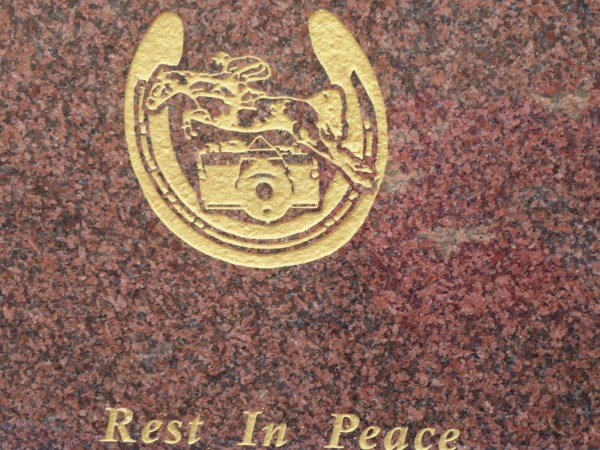 I have a cohort of Listowel people who have always welcomed me to Listowel and treated me like one of their own. They have shared stories and photographs with me and extended extraordinary kindnesses to me when I felt in need of “local” family. One of the first among these was the late Liam Healy. We shared a love of charity shops. While in search of a rare or beautiful pen, Liam would always take time to chat. He was a great man for stories, none more fascinating than his own life story, which was filled with tragedy but also with hope and success which came with making the most of talent and hard work.

There was never any mistaking that the most important people in Liam’s life were his family. He was enormously proud of all of them and there was no man more delighted to have them all around him and involved in the business he grew from humble beginnings in Listowel.

I am delighted that Liam’s memory is going to be kept alive with a Nationwide programme on tomorrow evening, February 21 at 7.00p.m. on RTE 1.

A Specialist for everything 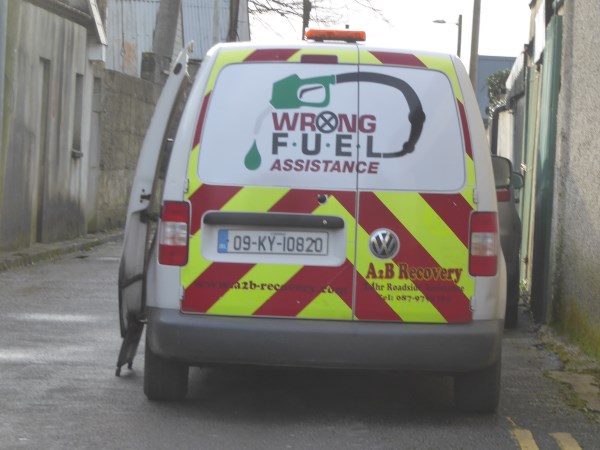 Do you remember when we had a jack of all trades mechanic who could do everything your car might need to be done to it? 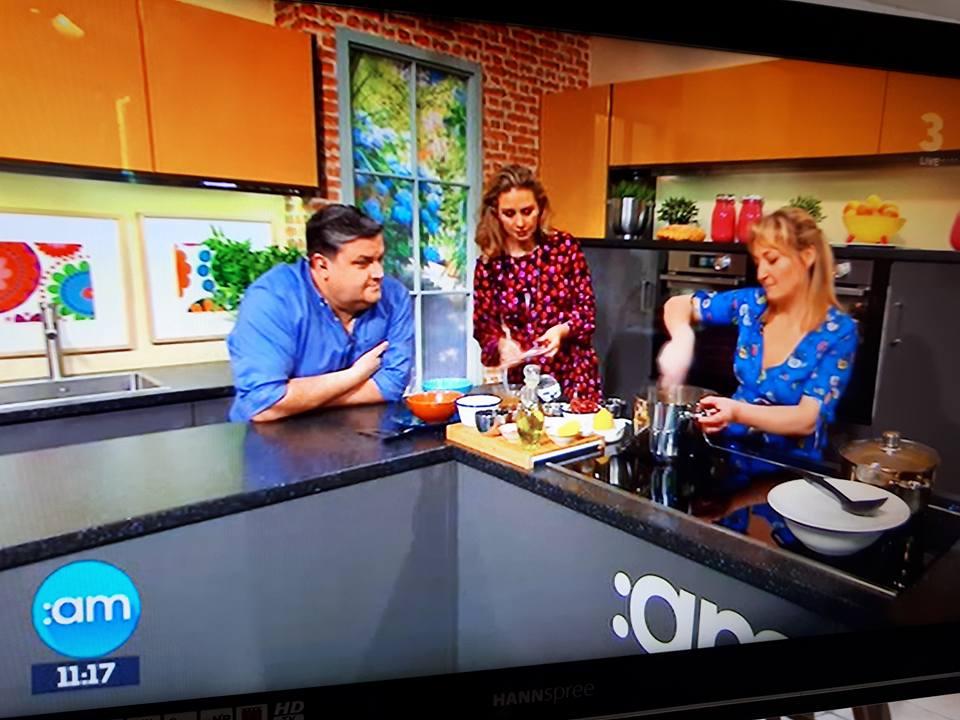 Lizzie of Lizzie’s Little Kitchen, Listowel, is forging a career for herself as a TV chef. Her easy relaxed style and clear instructions are endearing her to her Sunday morning TV audience. She has a great future ahead of her in the cooking business.