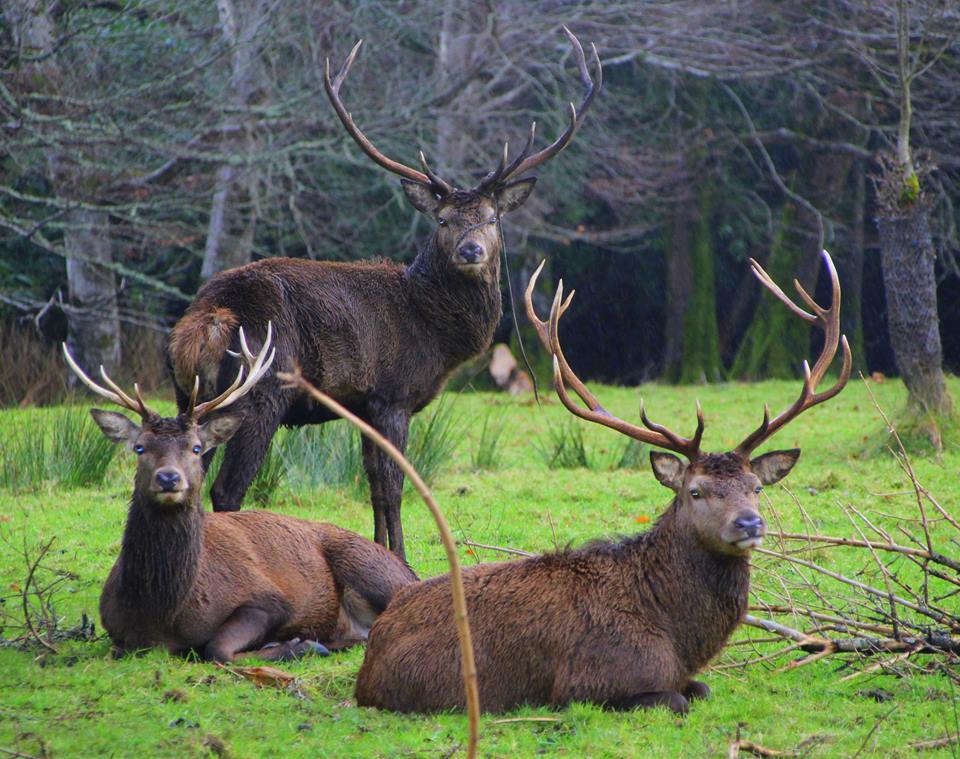 Photo; Mary Mac on This is Kerry 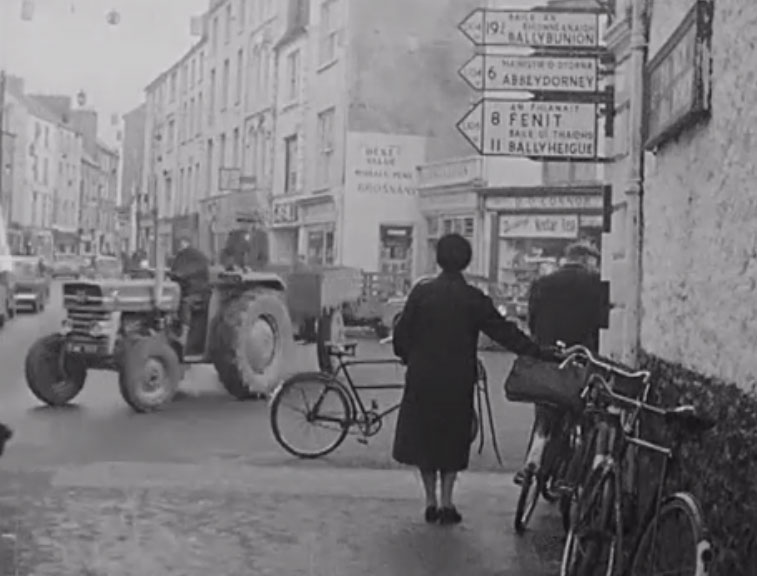 My family were visiting last weekend. We took a trip to Ballybunion on a bitingly cold Saturday, January 20 2018 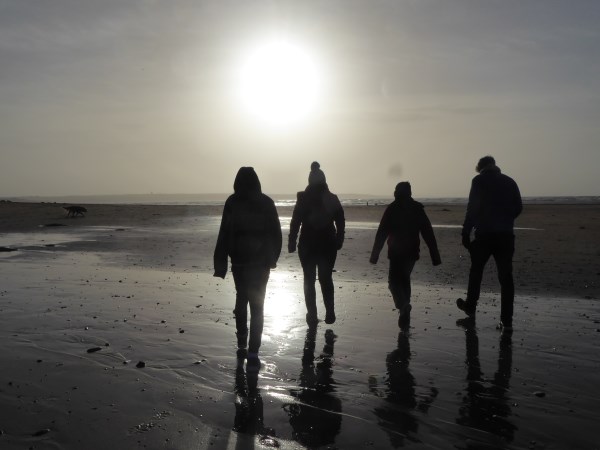 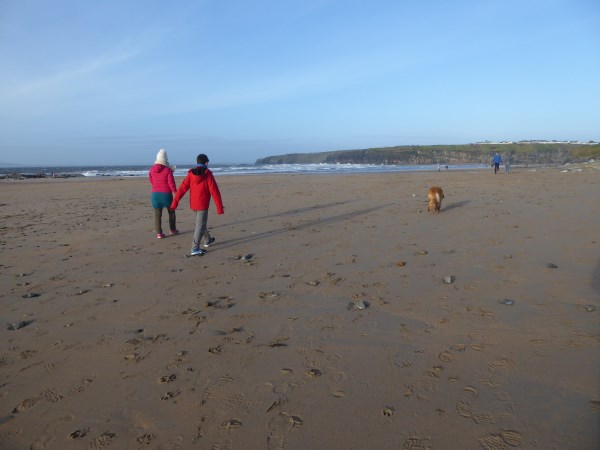 We practically had the beach to ourselves. 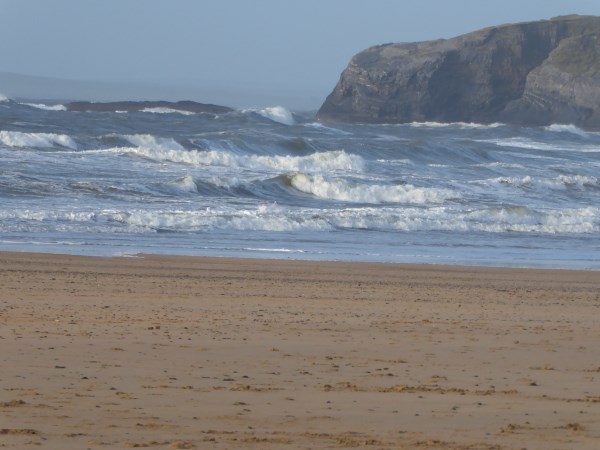 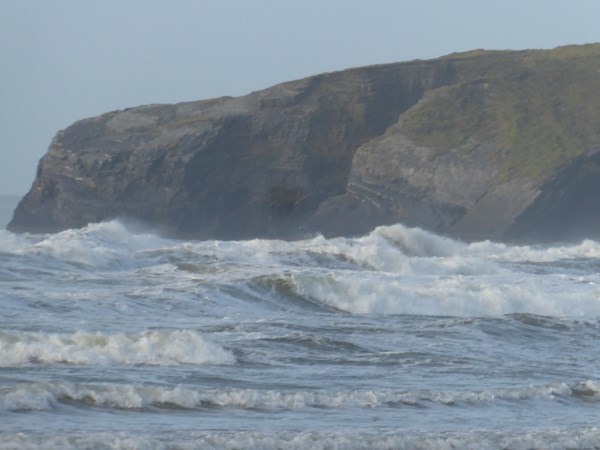 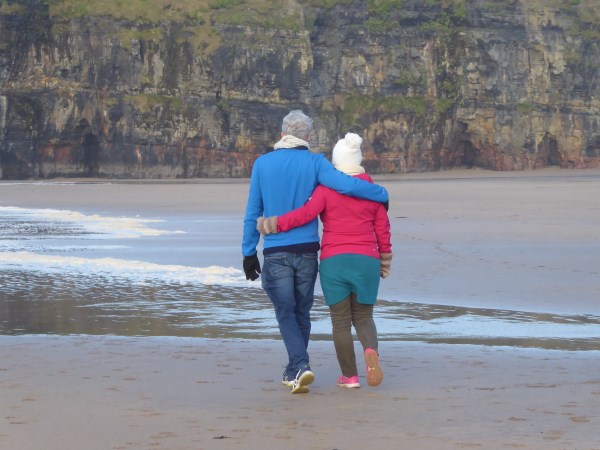 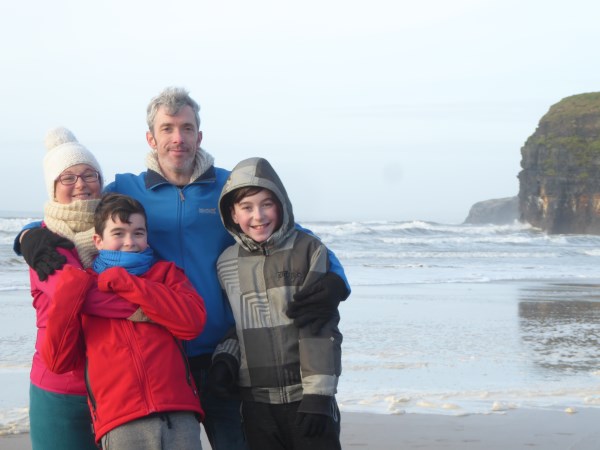 Bobby, Carine and the boys are always happy in this place. 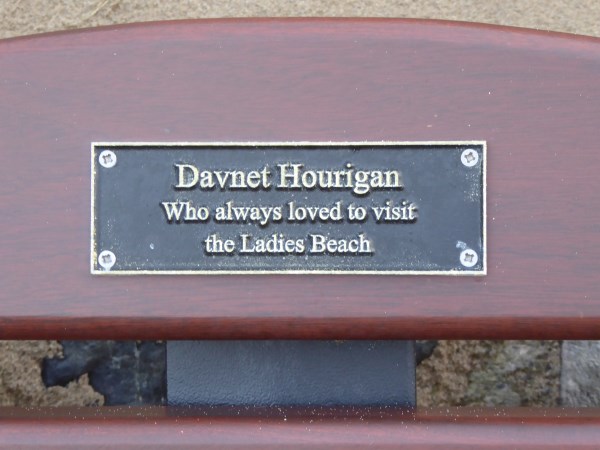 Lovely to see someone who loved the beach commemorated with a seat. 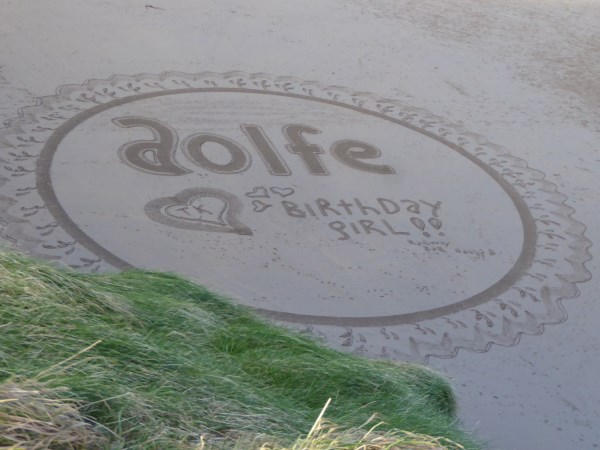 Mario had been busy earlier in the day. His beach art is now a feature of the beach in winter. 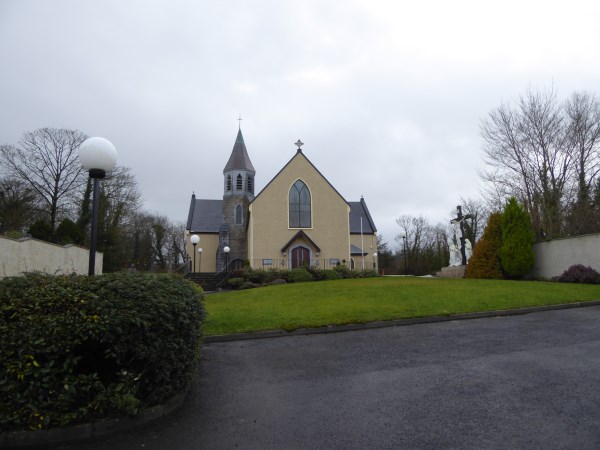 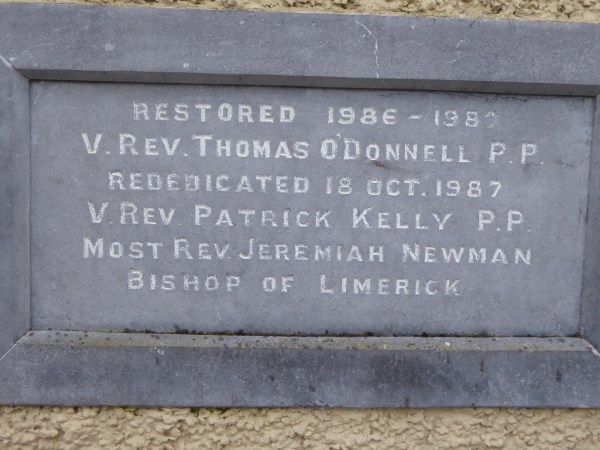 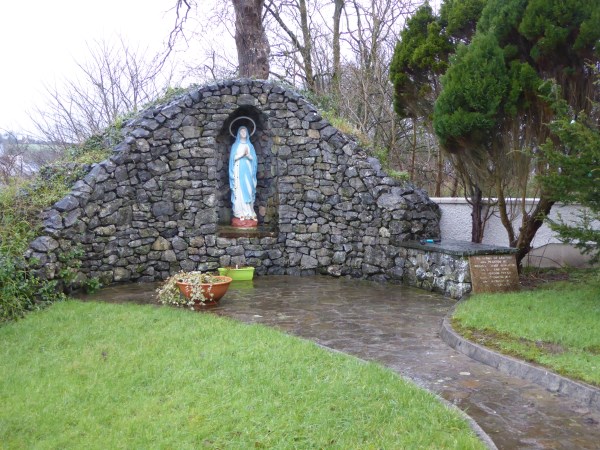 This is Athea’s Marian Grotto. It is in the grounds of the parish church.

Why are there so many Marian grottos dotted about the land?

Marian years are decided on and declared exclusively by the Pope of the Roman Catholic Church. In Church history, only two Marian years were pronounced, by Pope Pius XII and Pope John Paul II. (Wikipedia)

This was to encourage devotion to the Blessed Virgin. Many girls born in 1954 (and a few boys) were called Marian or Mary.

Marian shrines or grottos were erected in nearly every parish in Ireland. Many of these depicted the Lourdes scene with a statue of Mary in a high alcove in a stony grotto and a statue of Bernadette kneeling before her.

Athea’s grotto does not have a Bernadette. Neither does the grotto at O’Connells Avenue, Listowel. 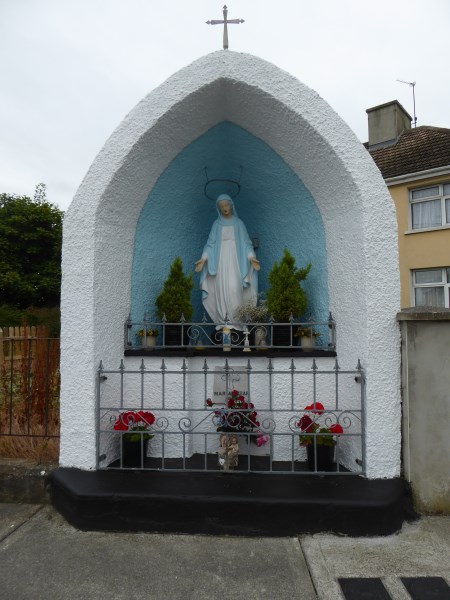 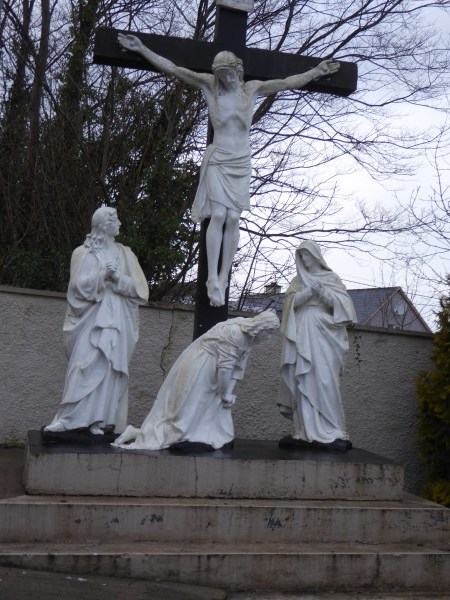 There is also a calvary in the grounds of the church in Athea. 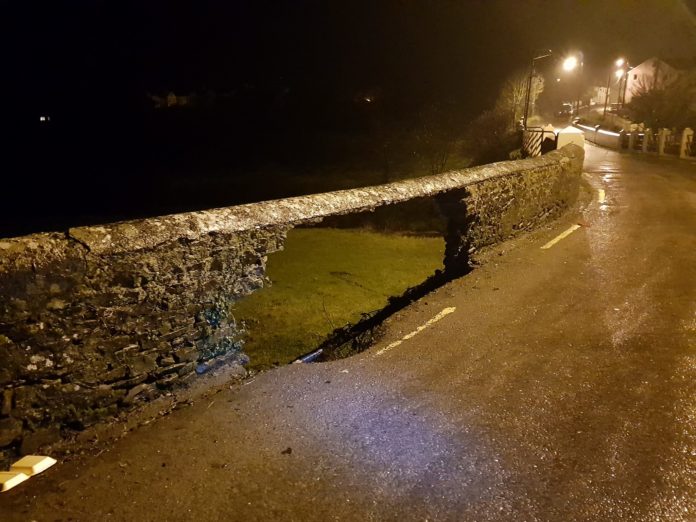 Relentless heavy rain over the past while has caused part of the bridge wall at the entrance to Kilflynn to collapse. Luckily no one was injured. The bridge is closed to traffic. Kilflynn is accessible through Abbeydorney or Lixnaw. 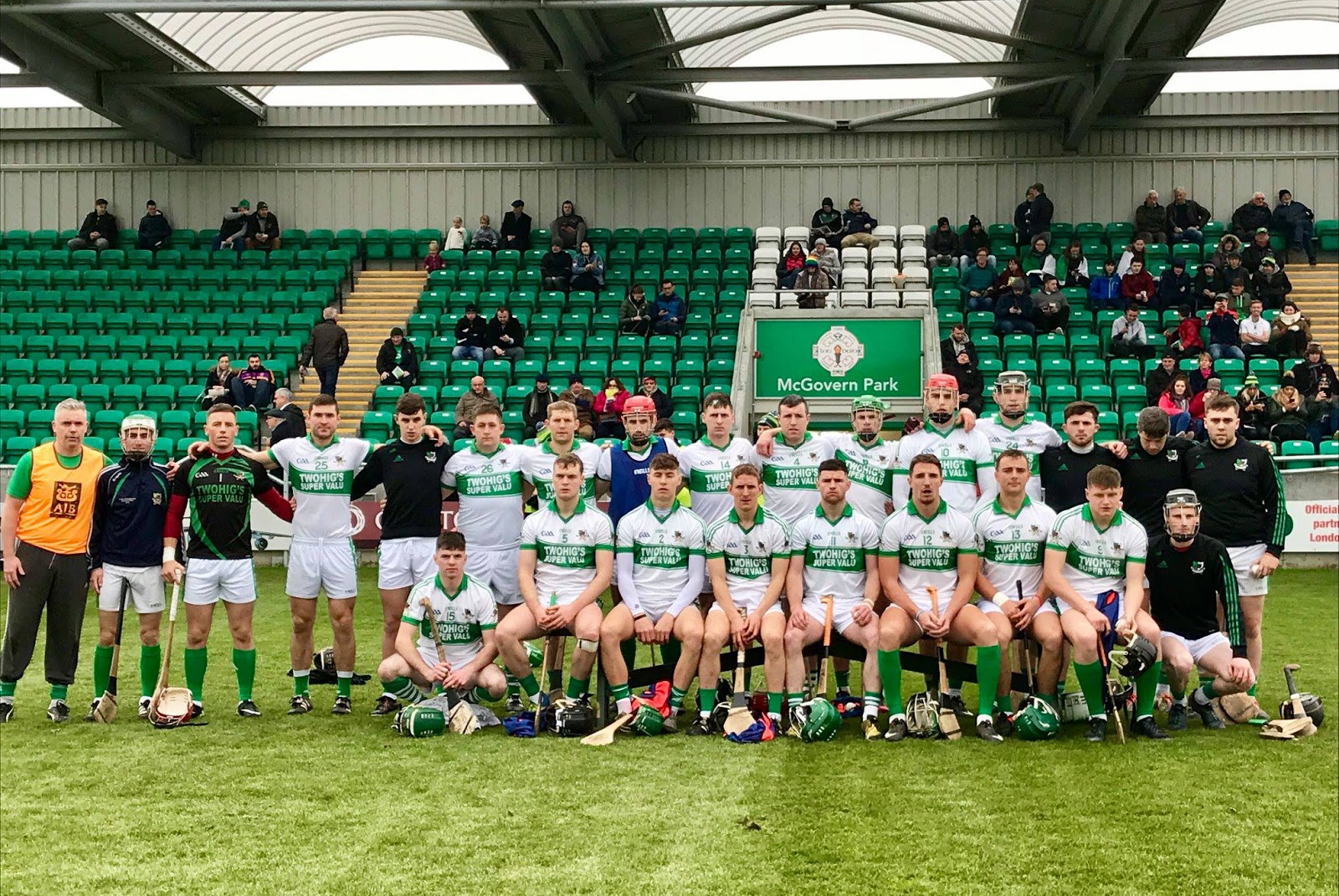 Ceann Toirc Abú:  Hurlers from my native Kanturk are into an All Ireland club final on Sunday next. Big day for the club; big day for the town. 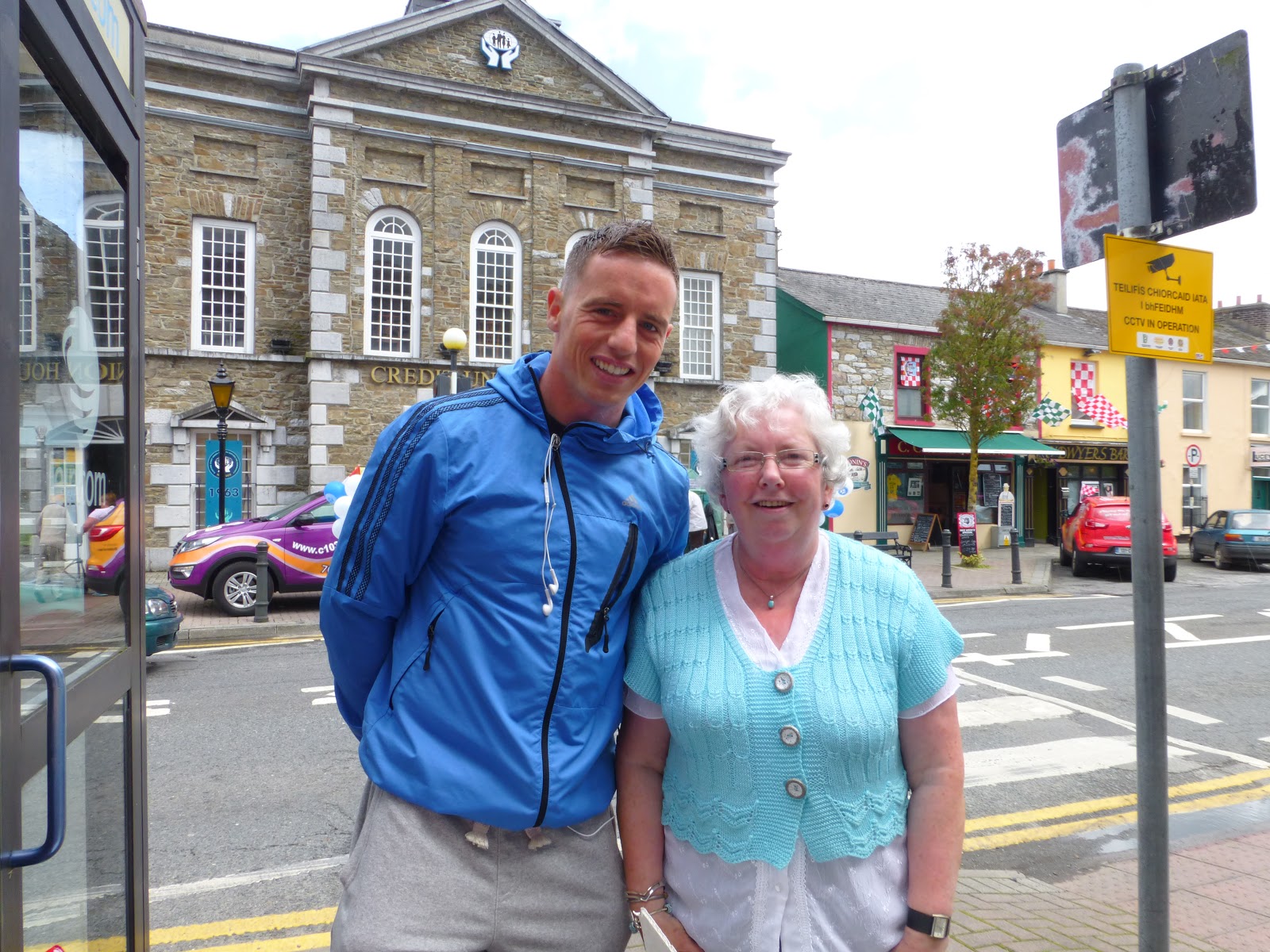 This is my excuse to post a photo of myself with Kanturk and Cork’s goalkeeper, Antony Nash, taken in town in summer 2013.