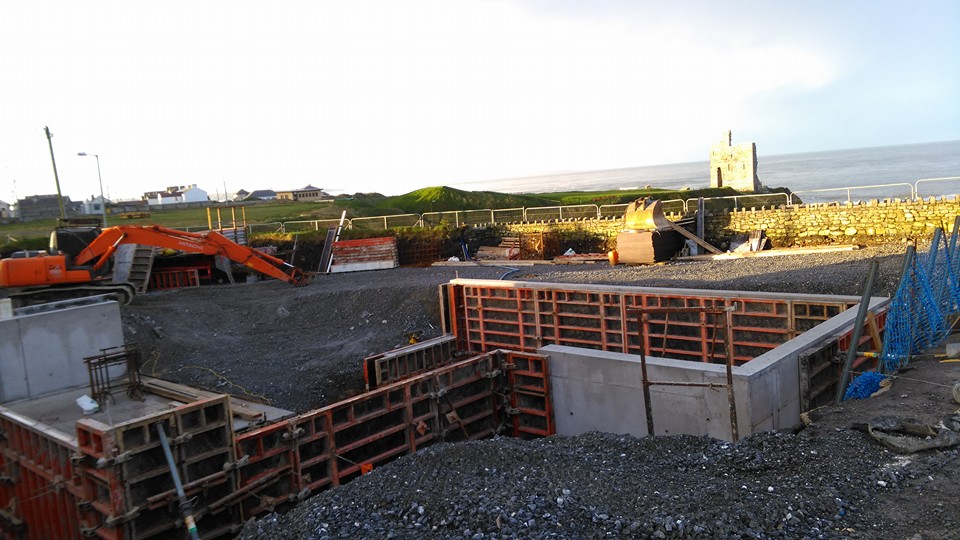 
Sometimes a Book can be declared a Treasure 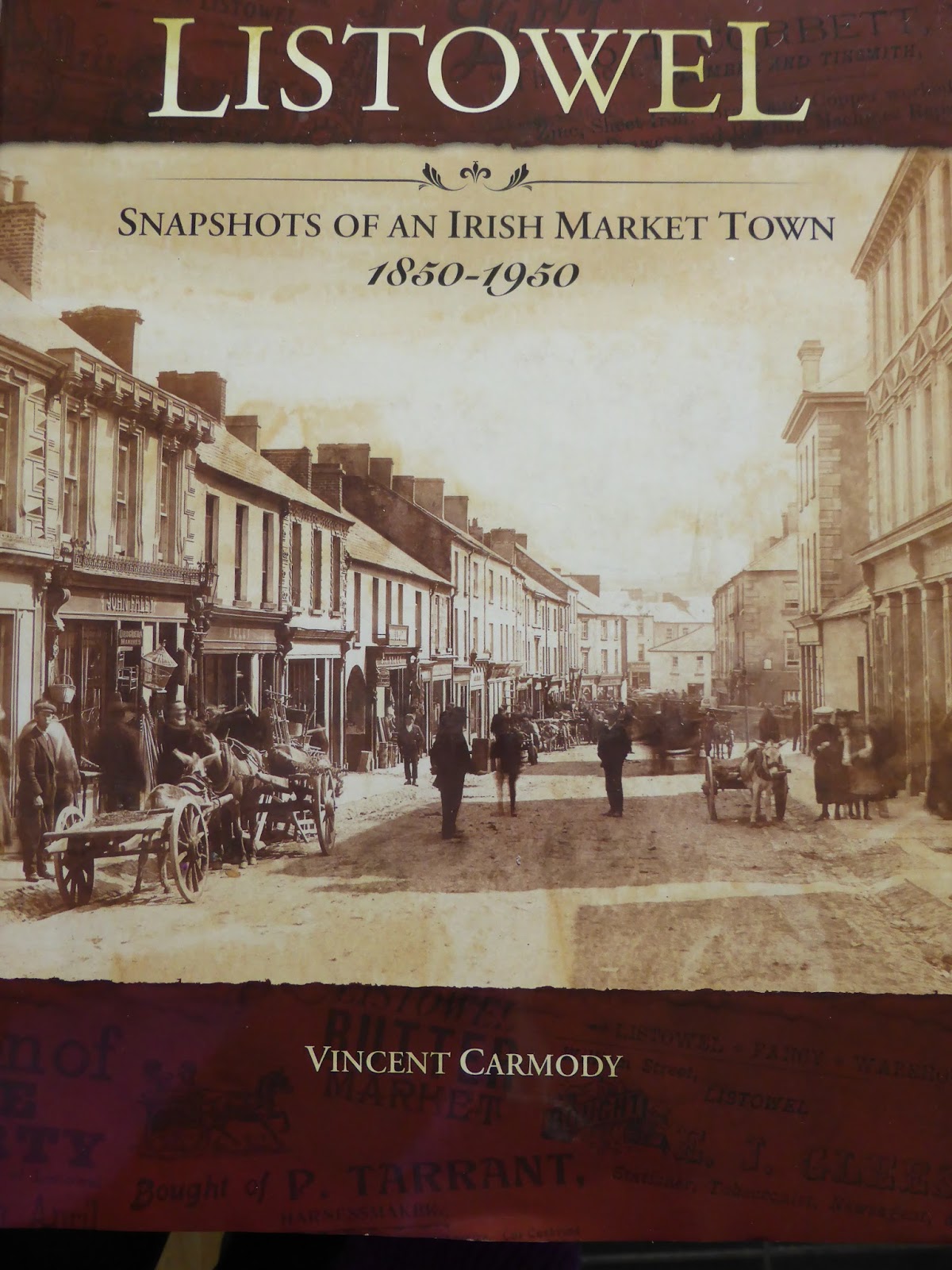 When Vincent Carmody launched his great book, (pictured above)  in the National Library a few years ago, he was surrounded on the night by his family and by some illustrious North Kerry people who now live in Dublin.

The book is still available from Vincent and should be in every home with a Listowel connection. 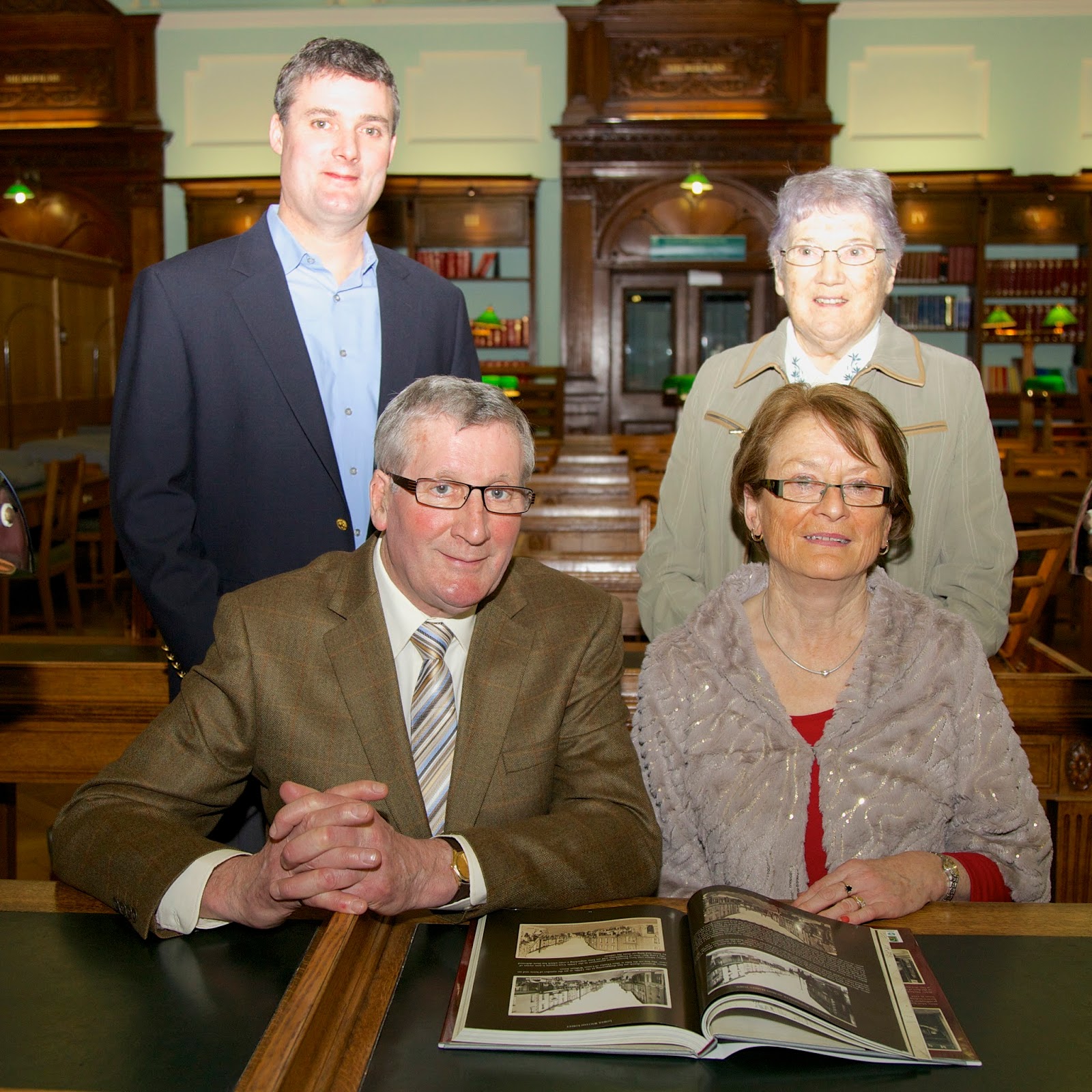 Standing are Kevin Carmody, Vincent’s son, who returned from the U.S. for the event and Sr. Maura, Vincent’s sister who, sadly, passed away before Christmas 2015.

In front are Vincent and his wife, Kathleen 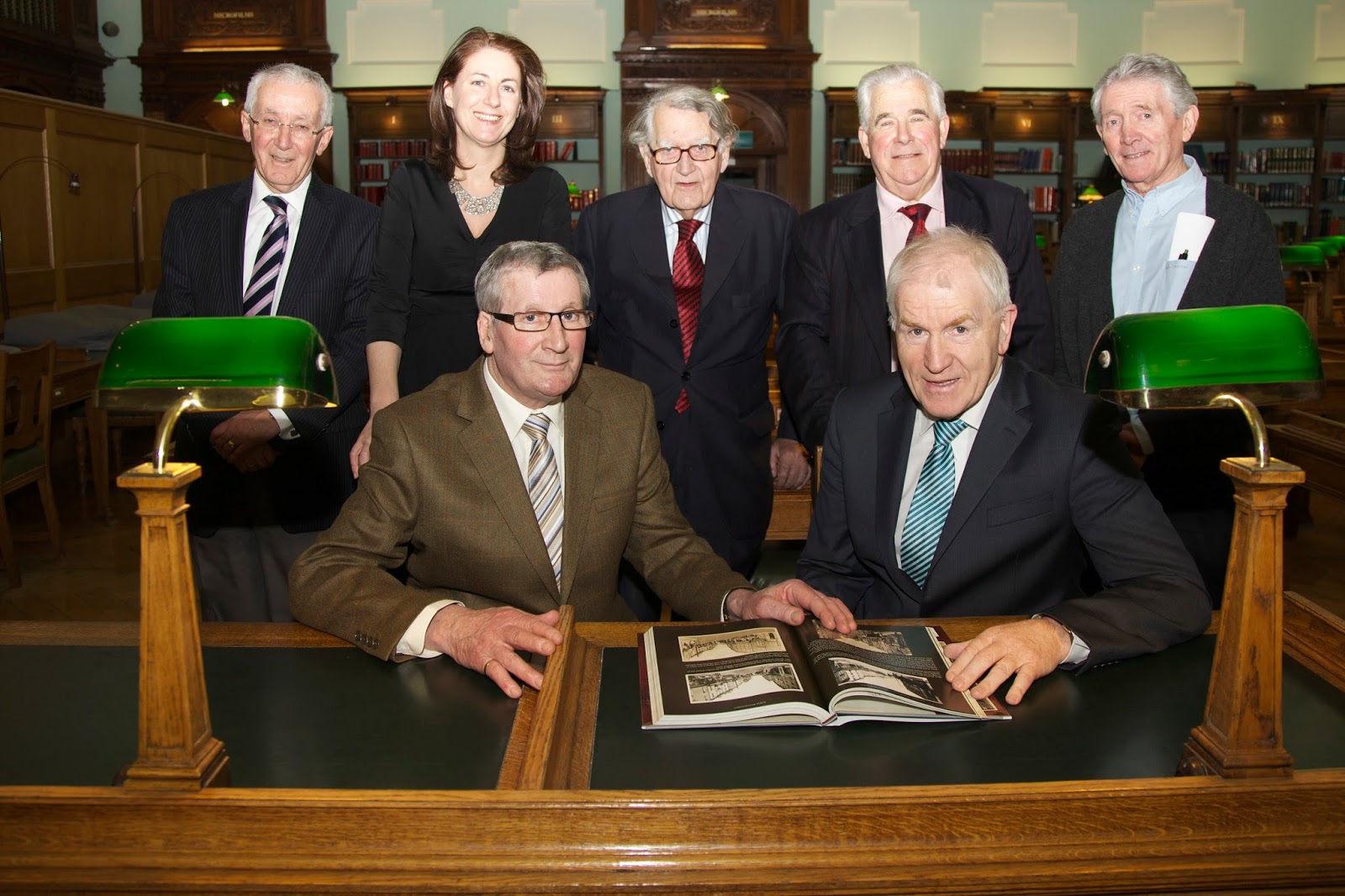 An Apprentice’s Lot was not a easy one

Jackie Lenihan of Charles St. Listowel, grandfather of Donal Linehan, rugby player was a carpenter. He took apprentices to train in to the trade. One of these apprentices was James Enright, father of Mike Enright of Ballybunion. Mike has his father’s apprenticeship contract. It makes interesting reading. 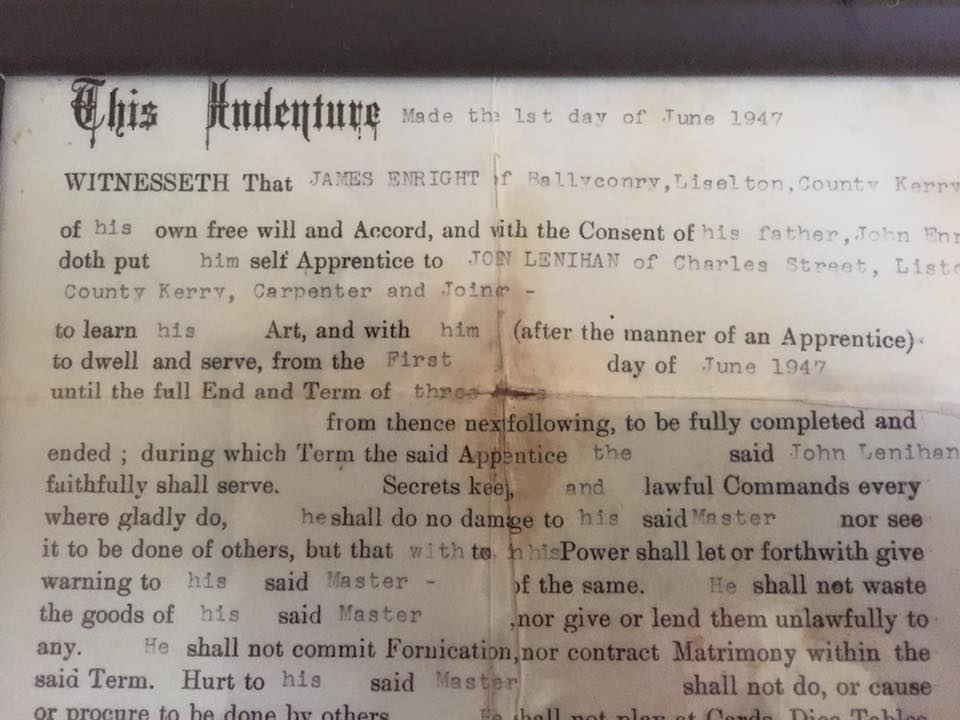 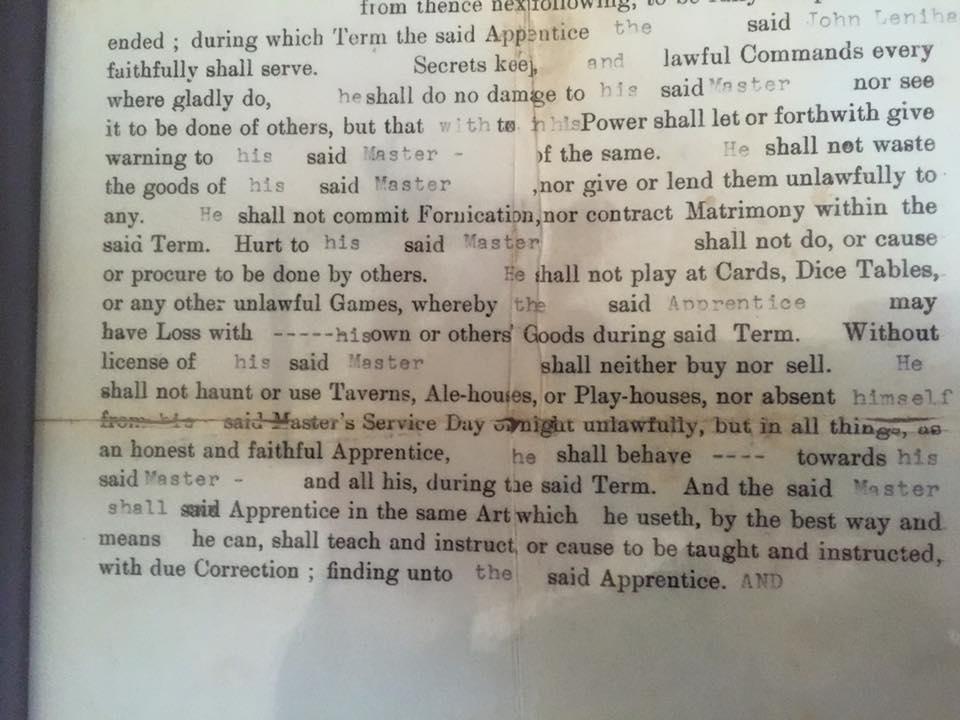 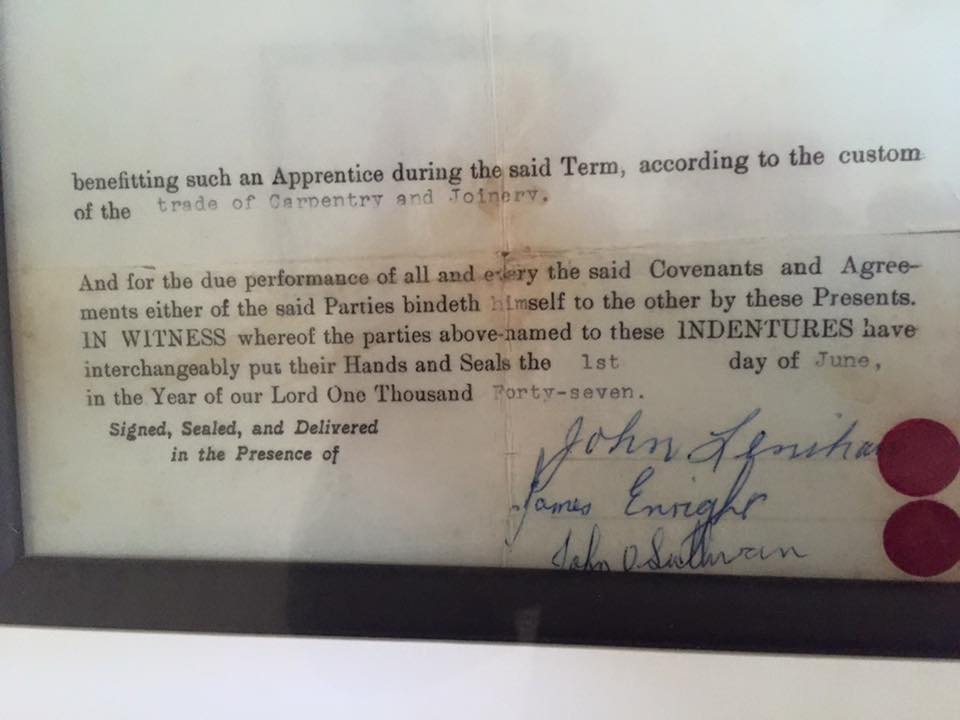 It reads more like a monk’s contract to me. Apparently it was the standard agreement for all apprenticeships back in the day.

Do you Remember when Mill Lane looked like this? 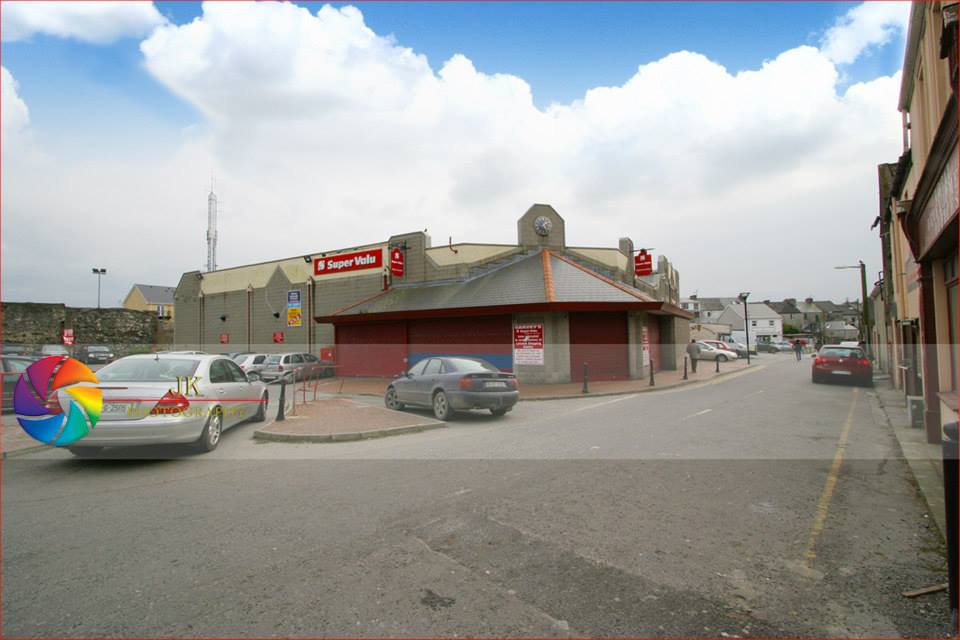 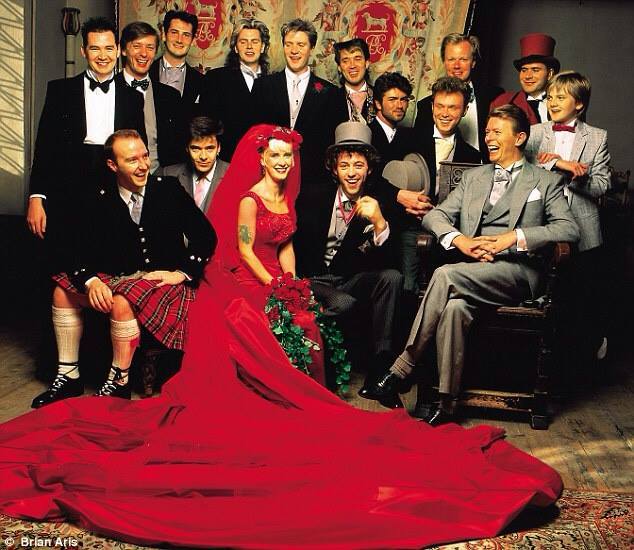 Seventy Years ago this week 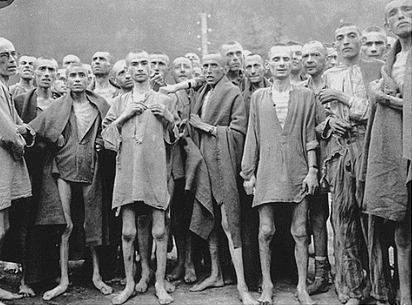 This image, taken at the liberation of Auschwitz, is just as shocking today as it was then.

We need to remind ourselves often of this enormous inhumanity.  Our ancestors who fought in WW11 fought to put an end to this. 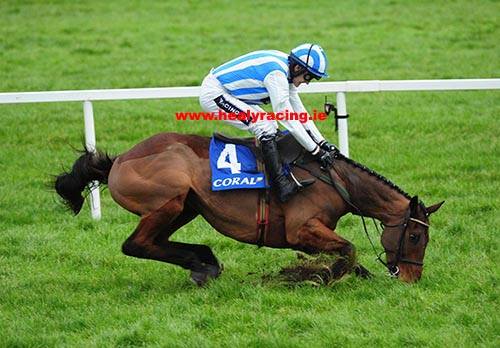 There are three heroes here;

A great horse, Killultagh Vic, who recovered from this mishap  at the last to go on to win his race at Leopardstown yesterday, January 17 2016,

A great jockey, Ruby Walsh, who employed all of his considerable skills to stay on board and steer his mount to victory once again,

Listowel’s great racing photographer, Pat Healy of Healyracing who captured the moment for all time.