Bertie Ahern in St. Michael’s, Art in Pierse and Fitzgibbon 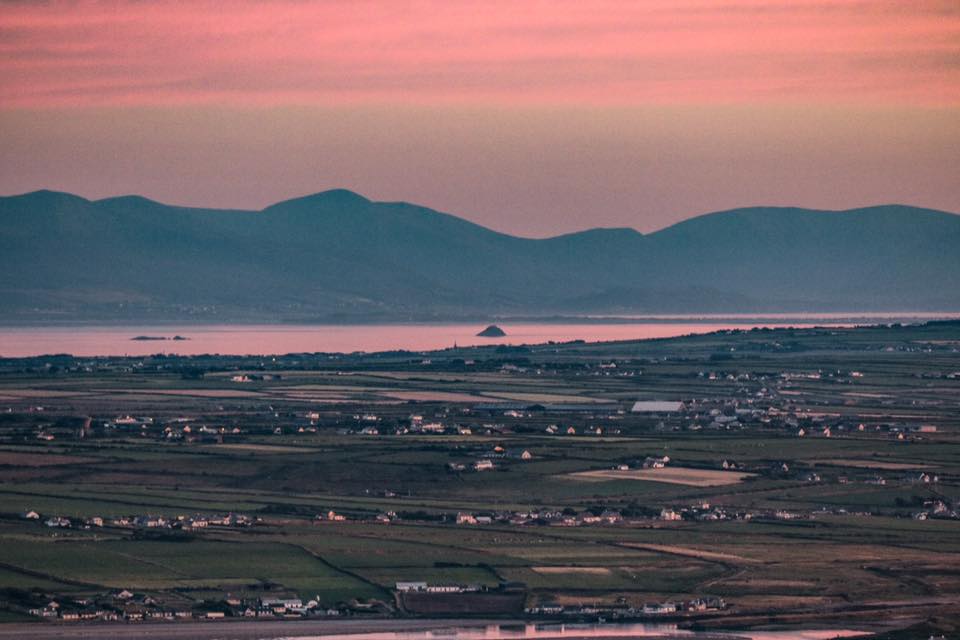 Tongue in Cheek poem of advice for Poets 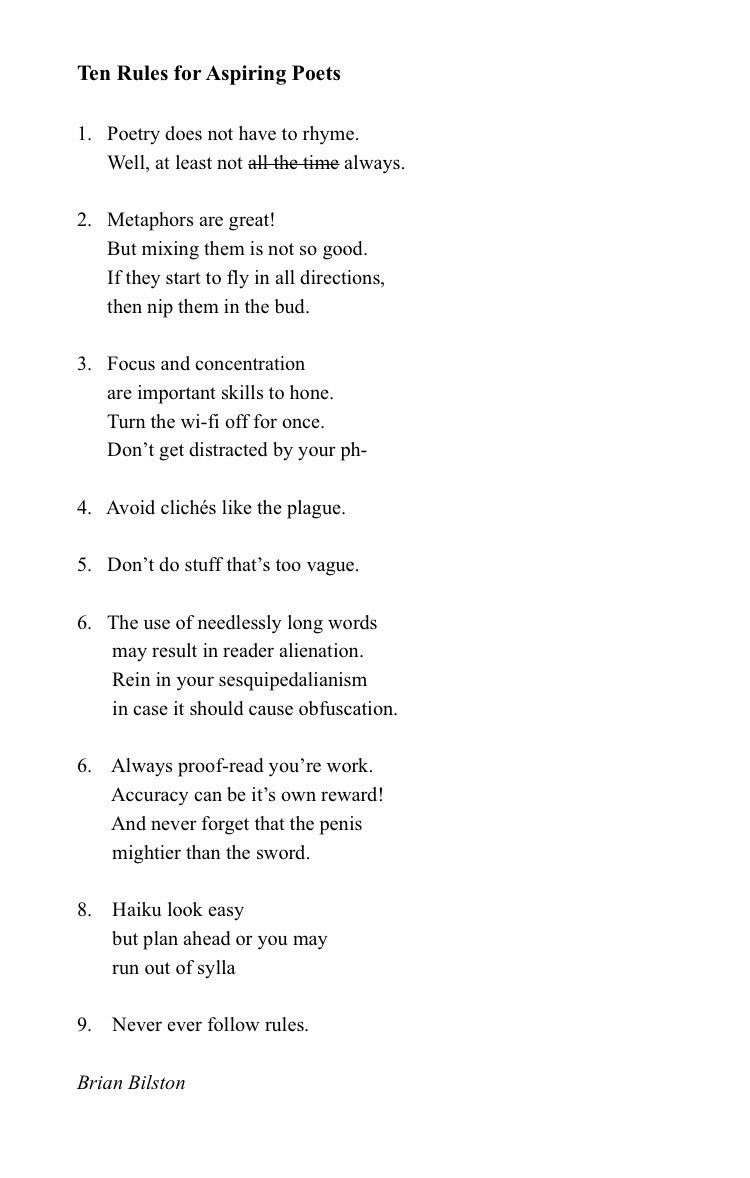 When the taoiseach came to town 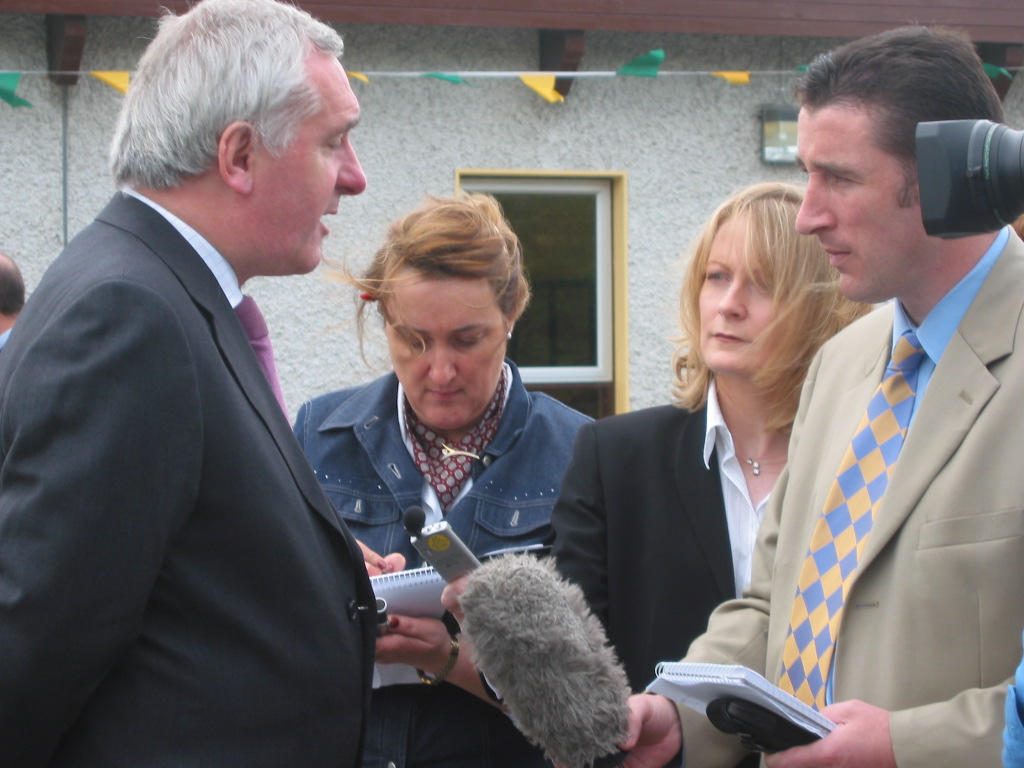 When Bertie Ahern who was the taoiseach of the day opened the extension to St. Michael’s, the media were out in force. That’s Pascal Sheehy with the furry mike. 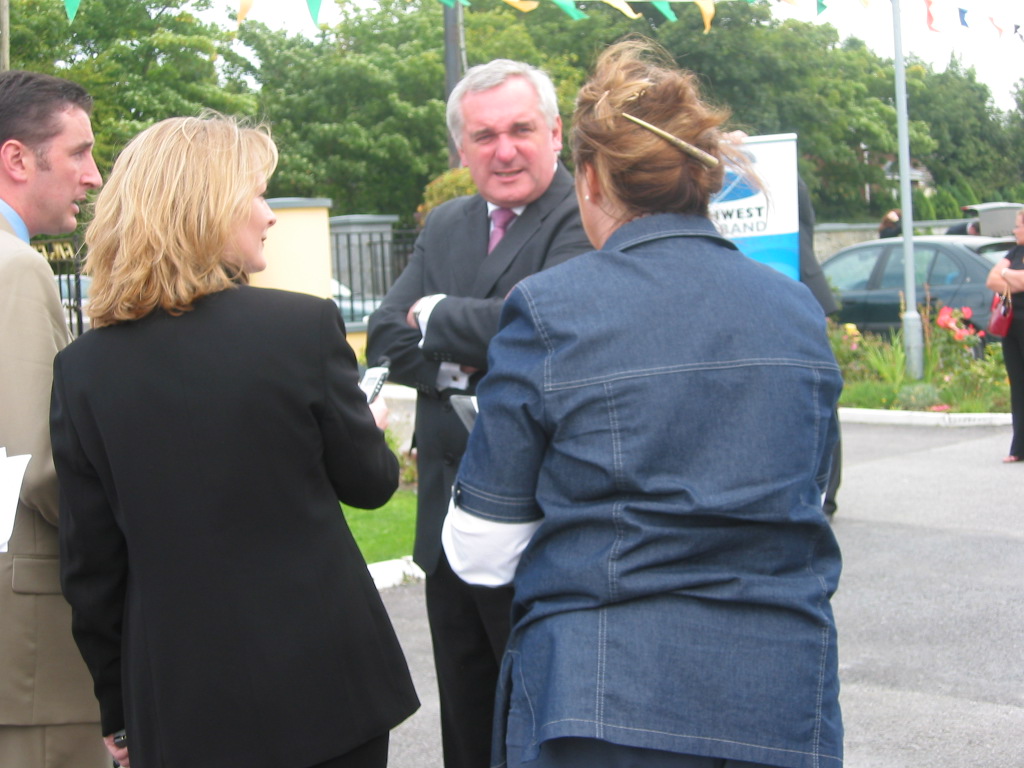 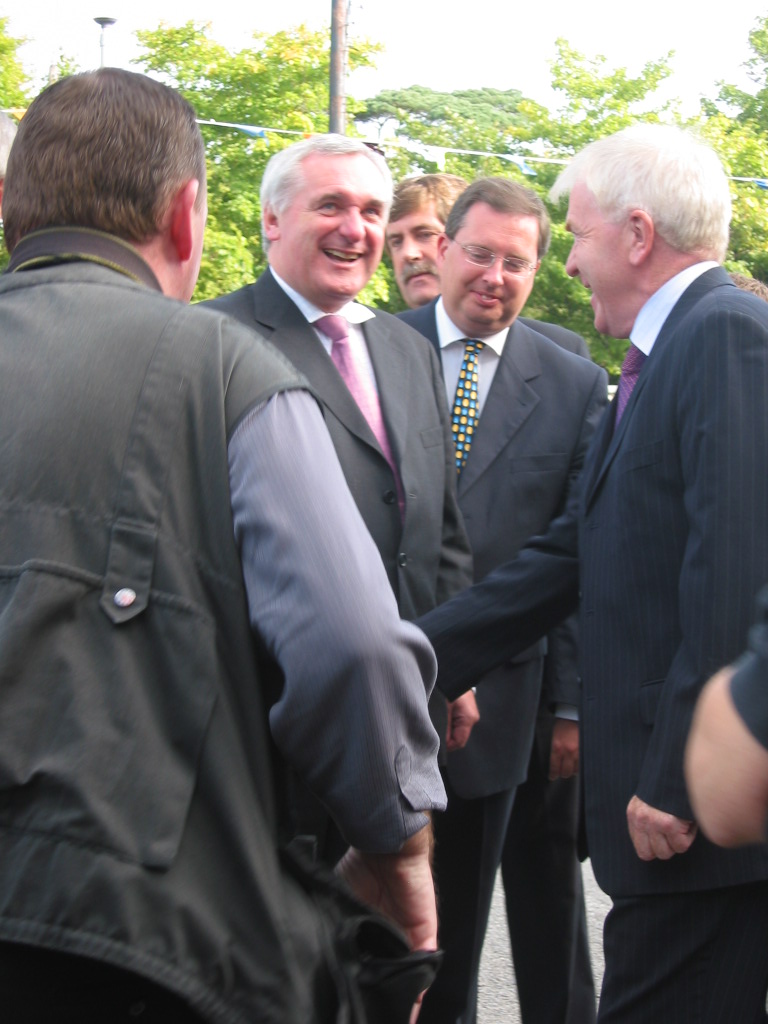 Local politicians were out in force as well.

If the cat had kittens, I’d be blamed…….

This was a favourite saying of a lovely old man I knew one time. He felt that he could never do right for doing wrong. Don’t we all feel like that some times?

I brought you last week a little summer story about the relocating of the Infant of Prague statue in St. Mary’s. Now the poor Infant popping up in a more prominent position is being blamed for the drought….. 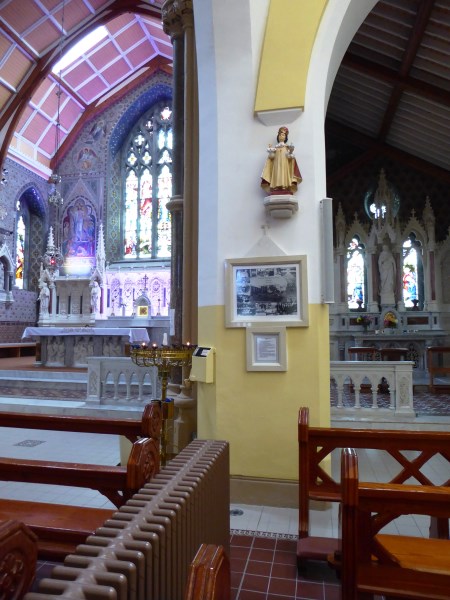 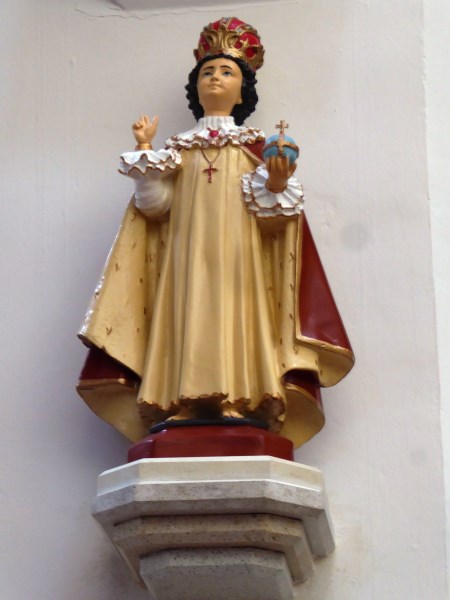 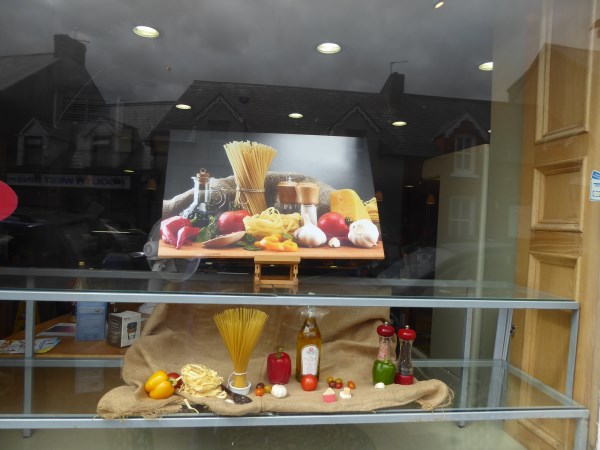 This was the beautiful still life installation in John R.’s window during the visual arts festival.

One of the lovely events that took place during that week was a tour of Pierse and Fitzgibbon offices in Market Street. Robert Pierse has gathered some incredibly beautiful artworks over a lifetime of collecting. We were allowed to see some of the treasures, including a replica of The Book of Kells. 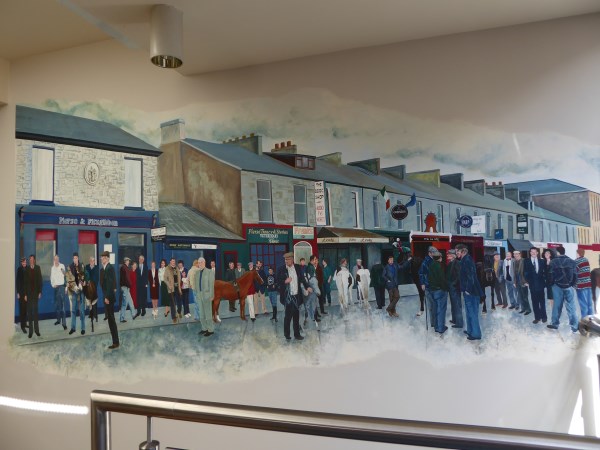 This is an early mural by Olive Stack depicting a Fair Day scene in Market Street. The works of several local artists are on display on the walls and even the furniture and lighting is by Irish designers. 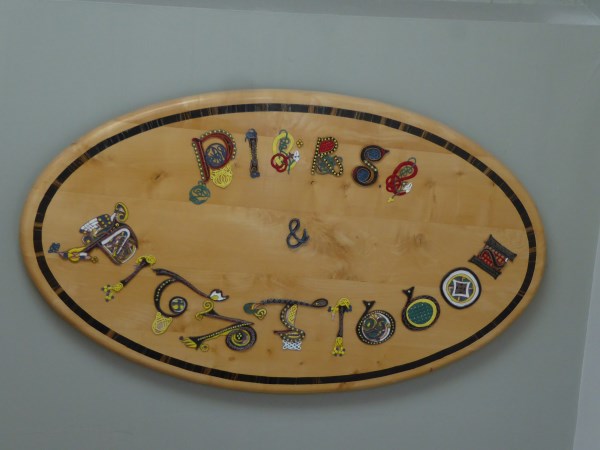 This beautiful celtic name plate is the work of the multi talented Paddy Fitzgibbon. 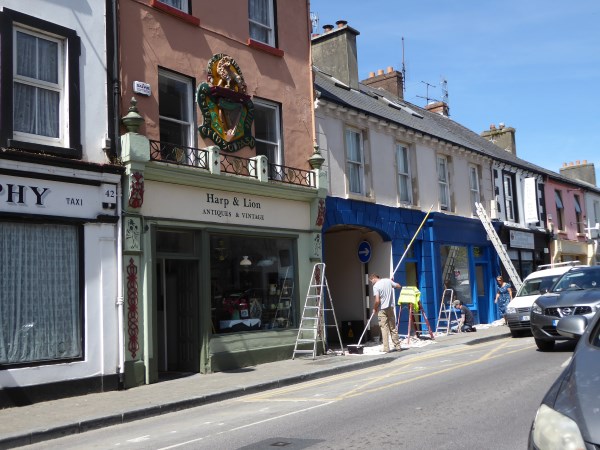 Molly at The Dandy Lodge 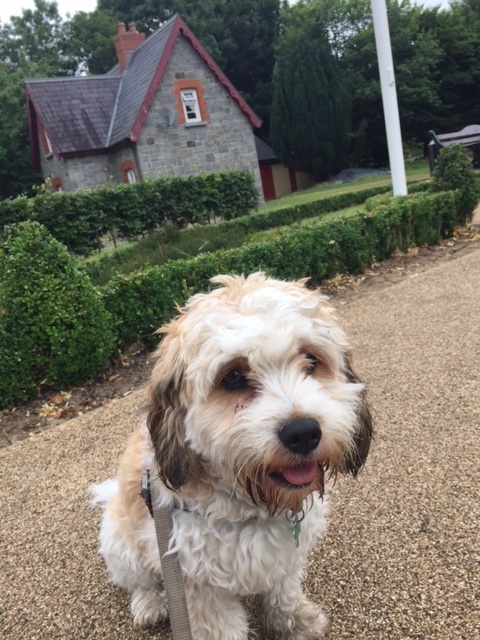