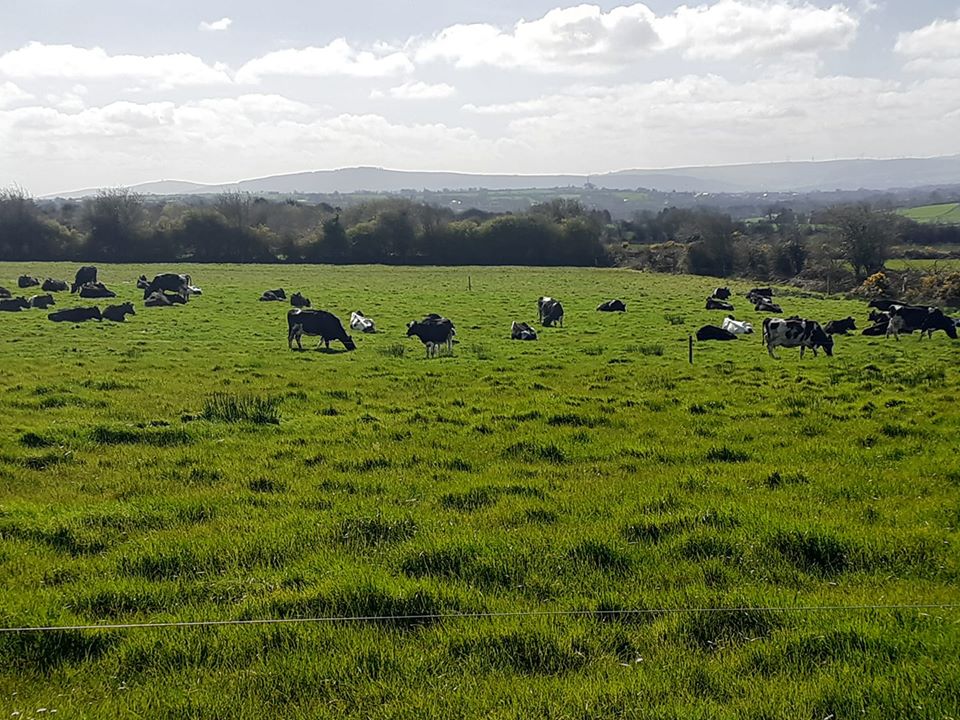 I was on my permitted exercise last week when I spotted  more going on than usual these days outside Carroll’s Hardware. 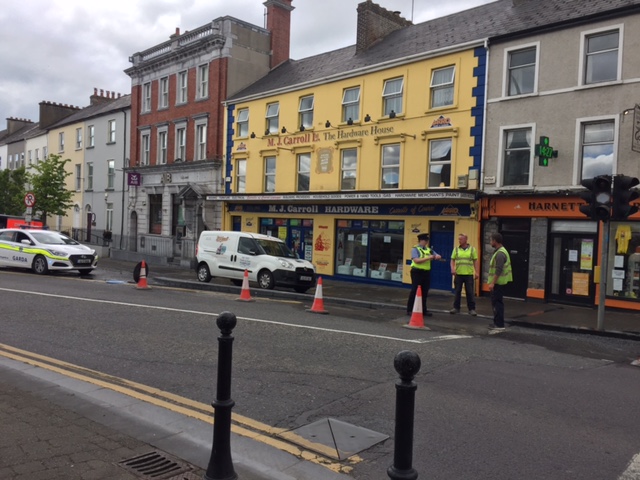 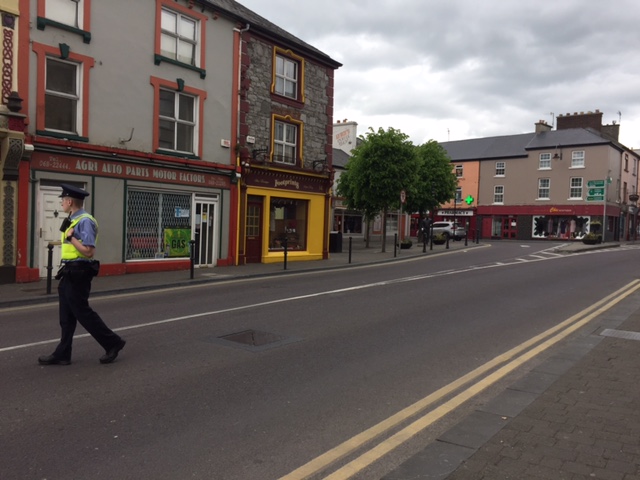 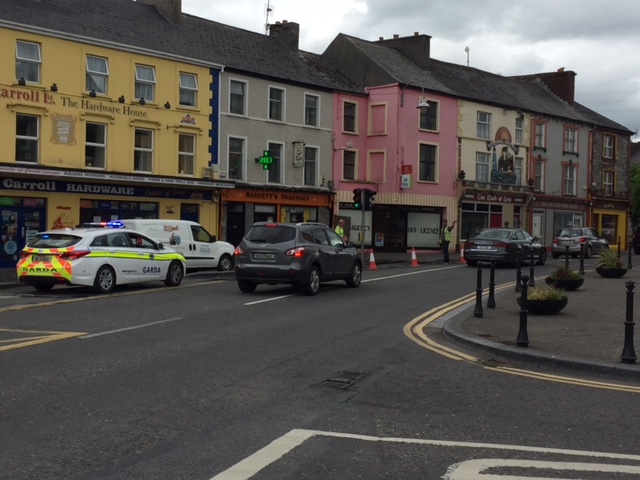 The gardaí were directing traffic and Irish water was repairing the fault.

The long and the short and the tall,

They gave us the black bread and half ounce of tea….

During the war certain commodities were rationed. This is why  these two in the photo, who have just killed and salted two pigs put this sign on their barrel for the photo.

Spelling not a strong point with Jack Brosnan and his first cousin. Dan O’Callaghan, both first cousins of my mother’s

The sign , in case you can’t read it, says, No Tay, Plenty Mate. 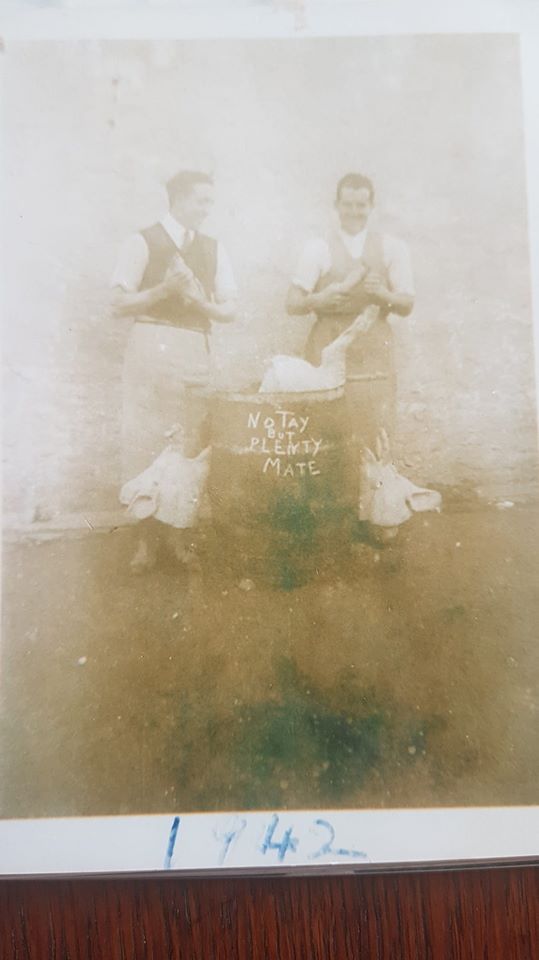 I grew up in an Ireland where killing and salting a pig was part of how we lived. It was all done as humanely as possible. We, children were never allowed to see.

I found the following pictures on the internet. Some people may prefer not to look at them. 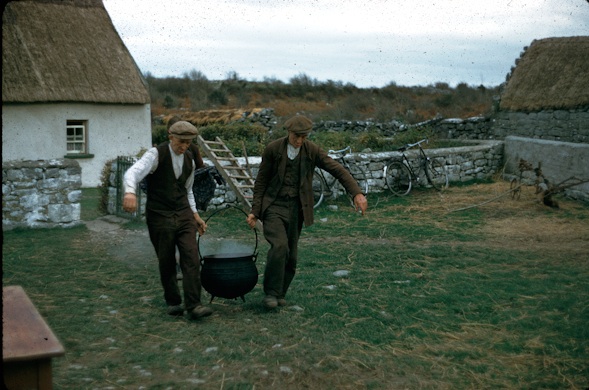 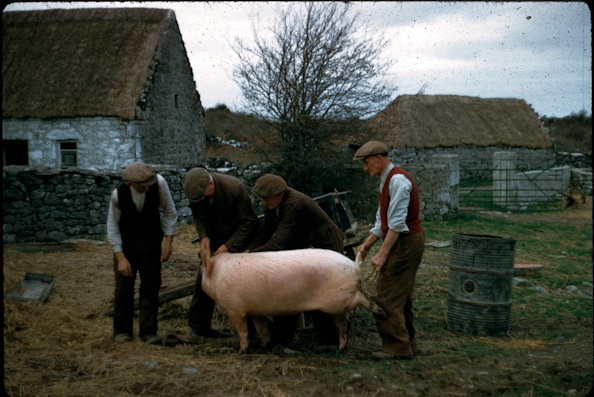 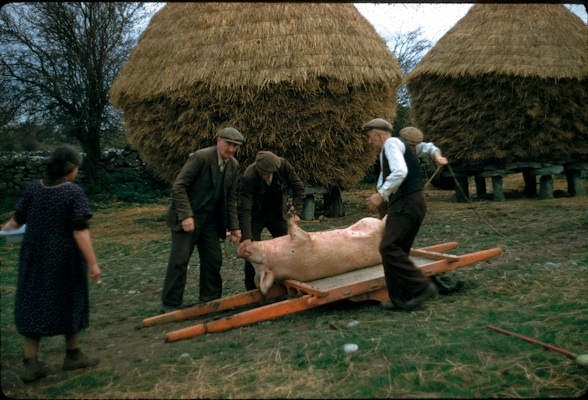 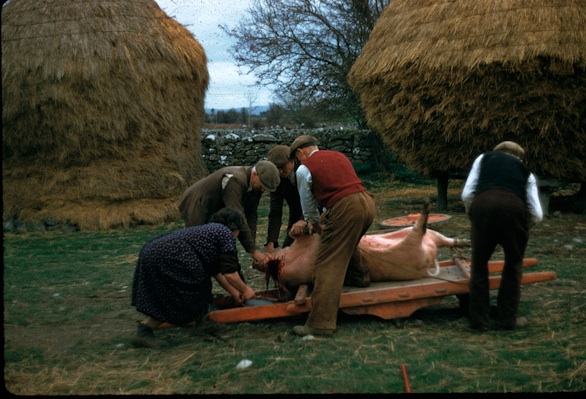 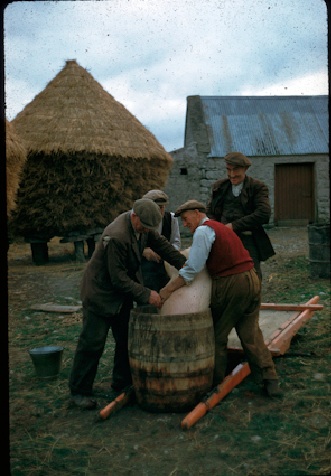 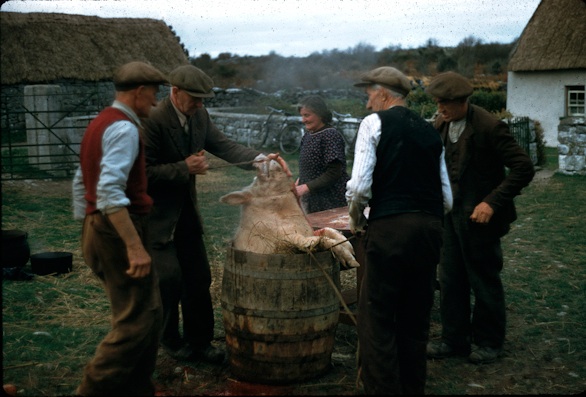 A Pulitzer Prize winner with a Listowel Connection 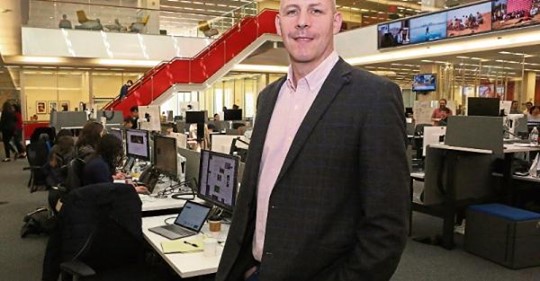 Malachy Browne who was recently awarded the Pullitzer Prize for journalism is the son of David Browne, chair of the Board of Directors of Listowel Writers’ Week.

A Covid Poem from John McGrath

The world has pinned us with a warning glance,

the kind our mothers gave us long ago,

the look that was designed to let us know

that this might be our last and final chance.

So grounded, we can only hope and pray

as, day by day, we inch beyond the fear

and tiptoe towards a future far from clear

our wounded planet showing us the way,

that voices raised in ignorance and greed

may yet be drowned by kindnesses and care,

together we can rise above despair,

united we will find the strength we need

as, all for one, we reach beyond the pain

and dare to dream tomorrow once again.