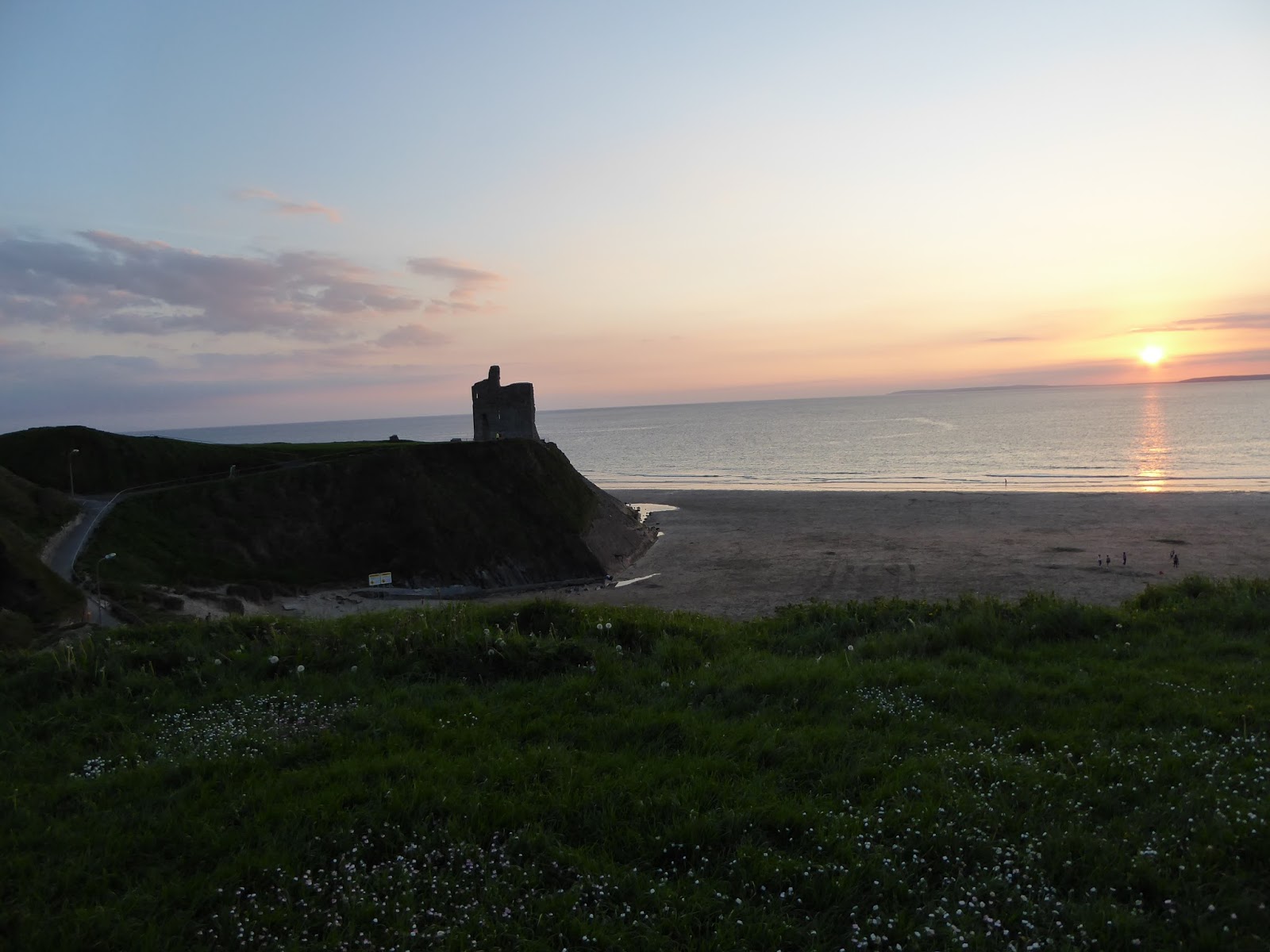 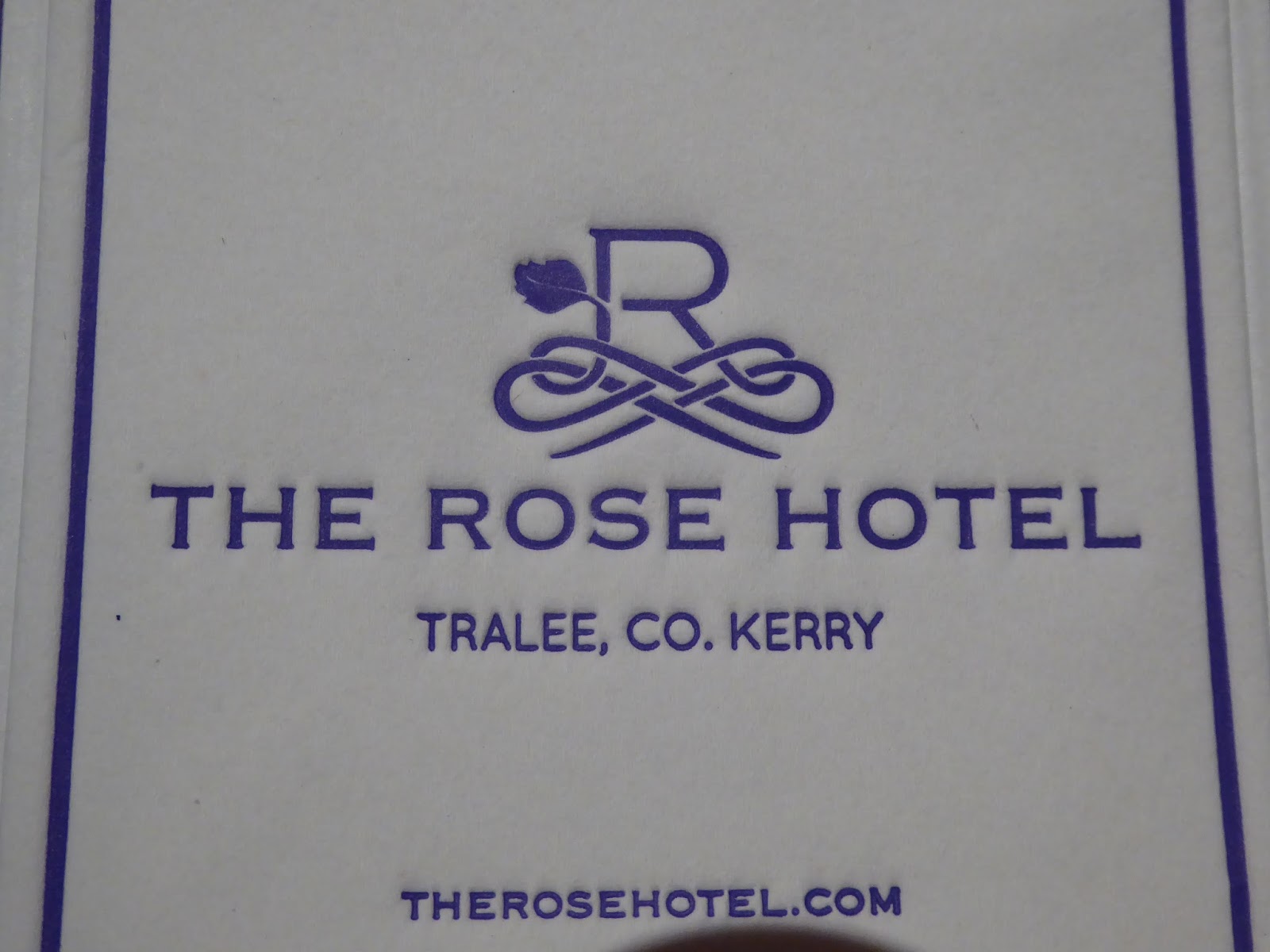 I was dying to see how this hotel looked after its recent refurbishment. It is the new home of The Rose of Tralee Festival. It lived up to the hype. It is sumptuously furnished with lots of comfy couches and armchairs, the loos are the first thing in luxury and the food in the newly extended dining room and bar was excellent and very good value for money. The young staff were very friendly and helpful. Any of them could audition for the job of Rose escort and I’d give him the gig. Yes, on the  night I visited, they were all male. 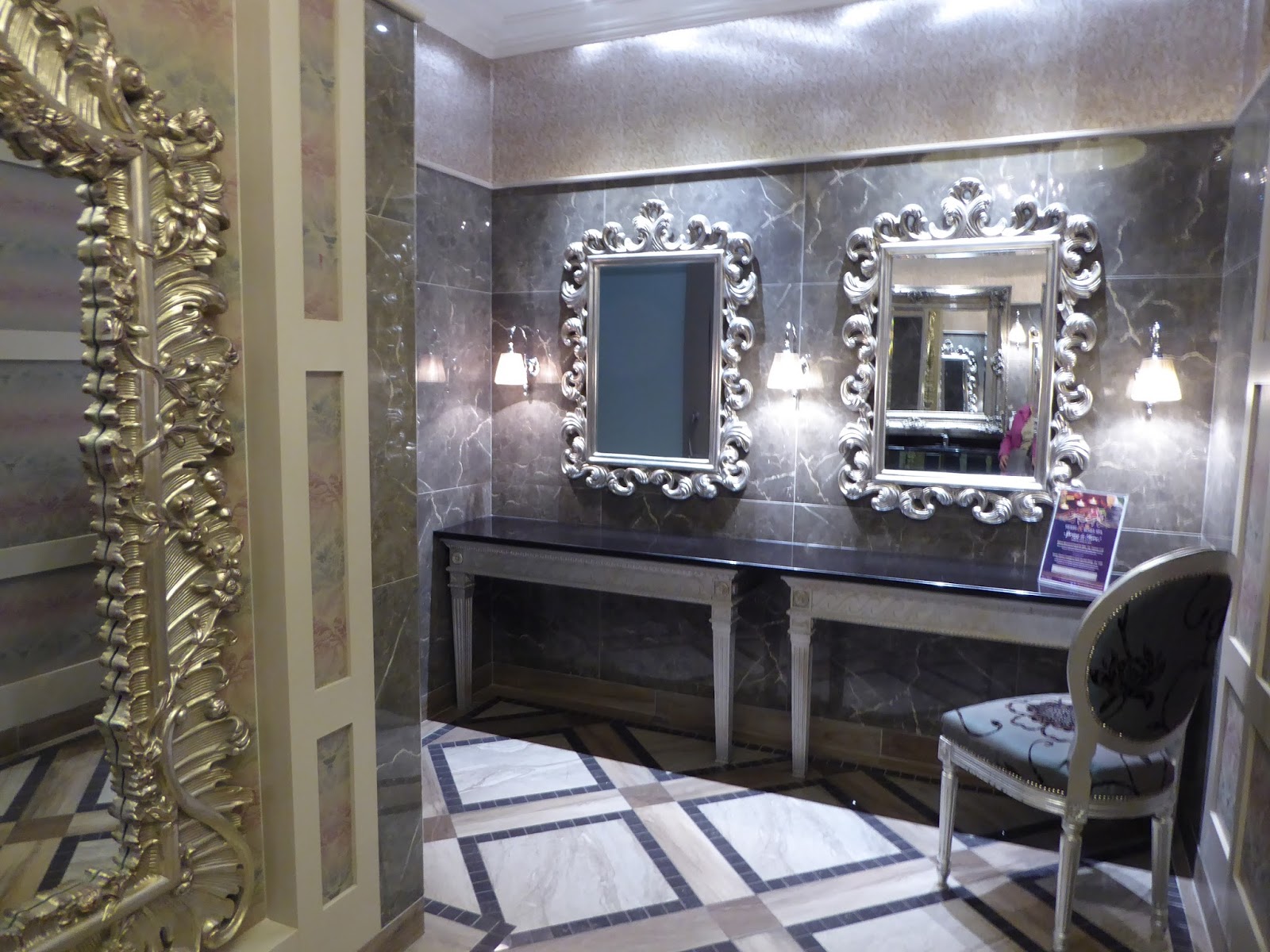 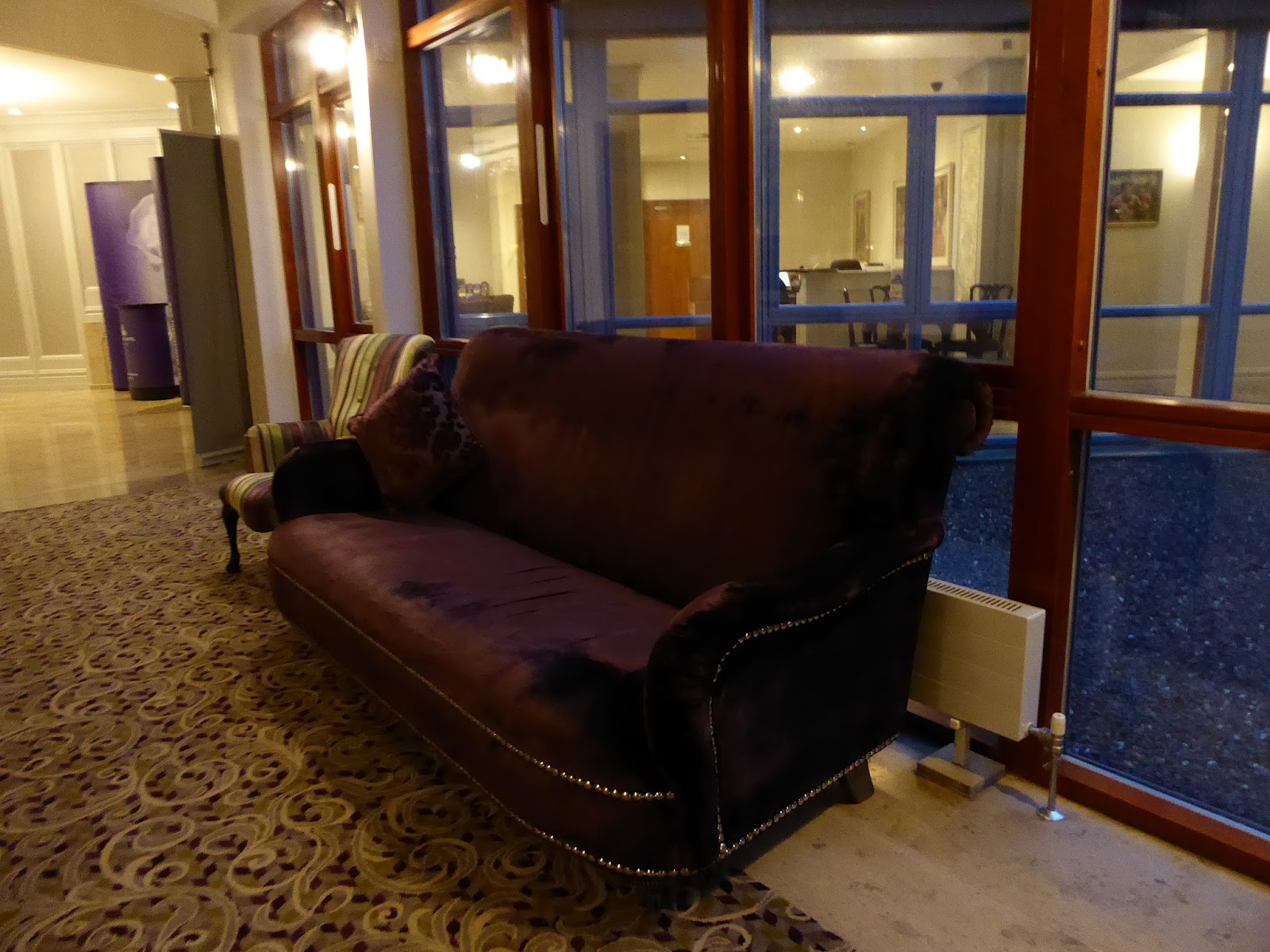 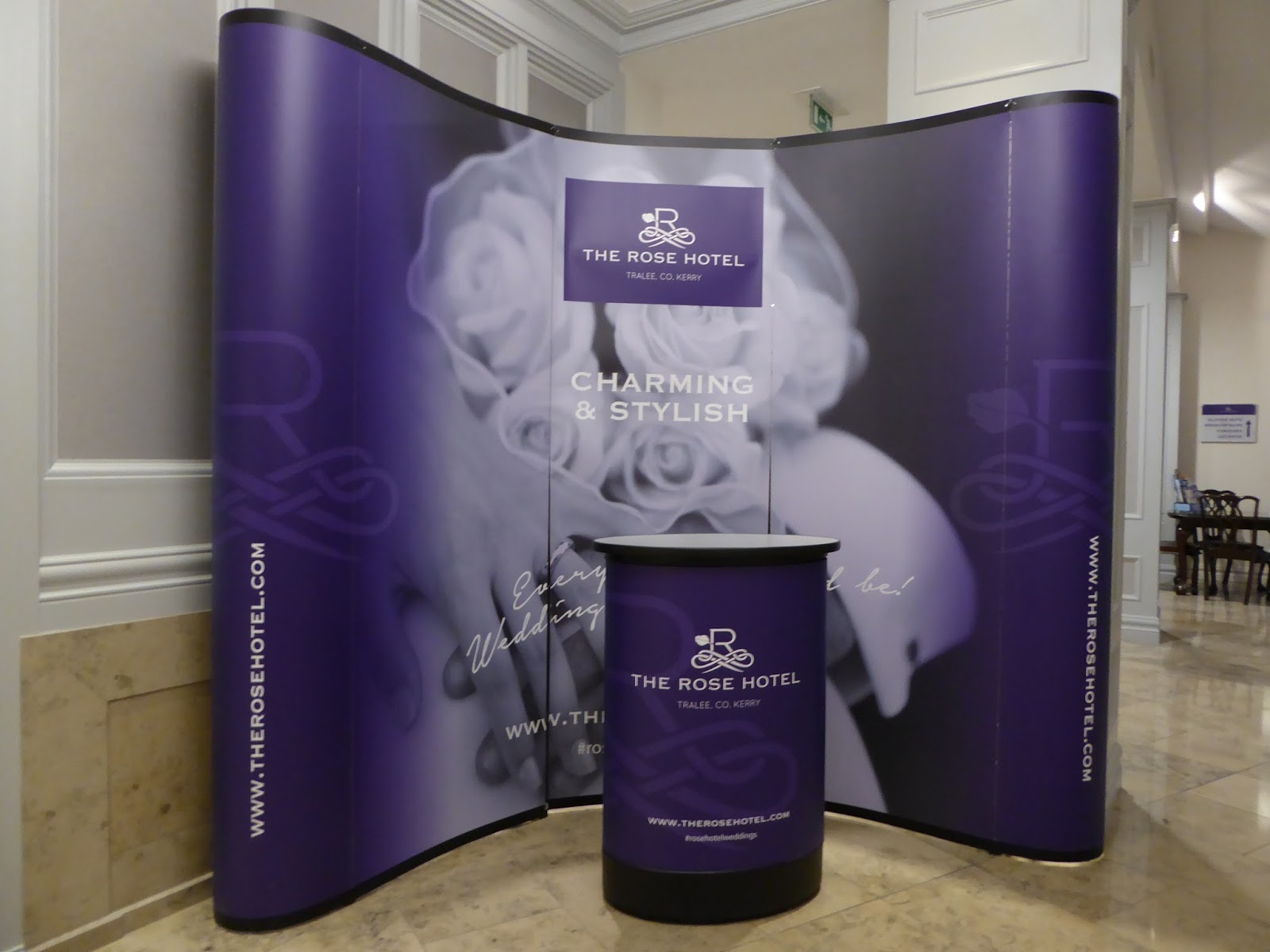 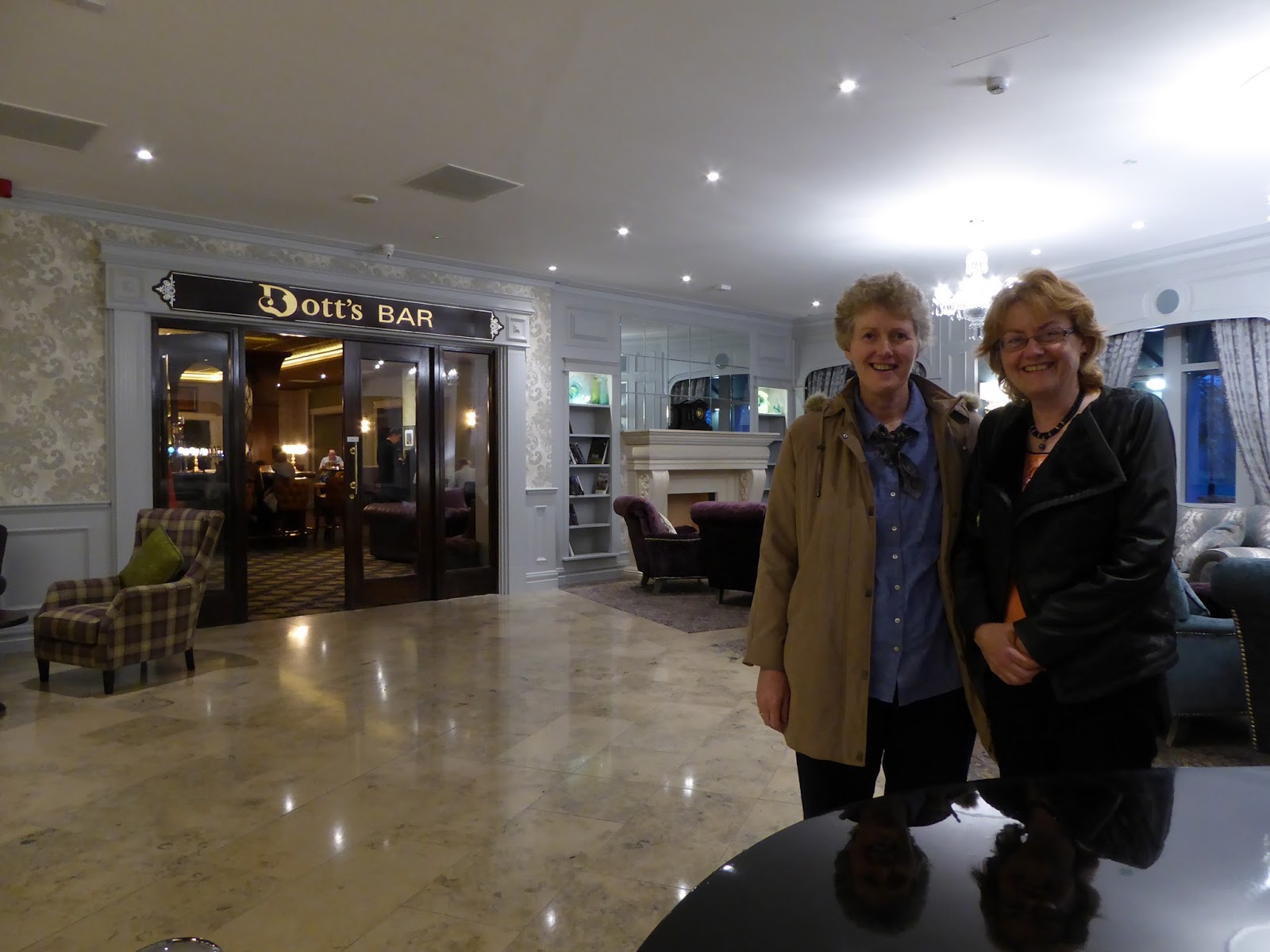 My friends, Mary Jo and Bridget, agreed to pose in the spacious bright foyer. 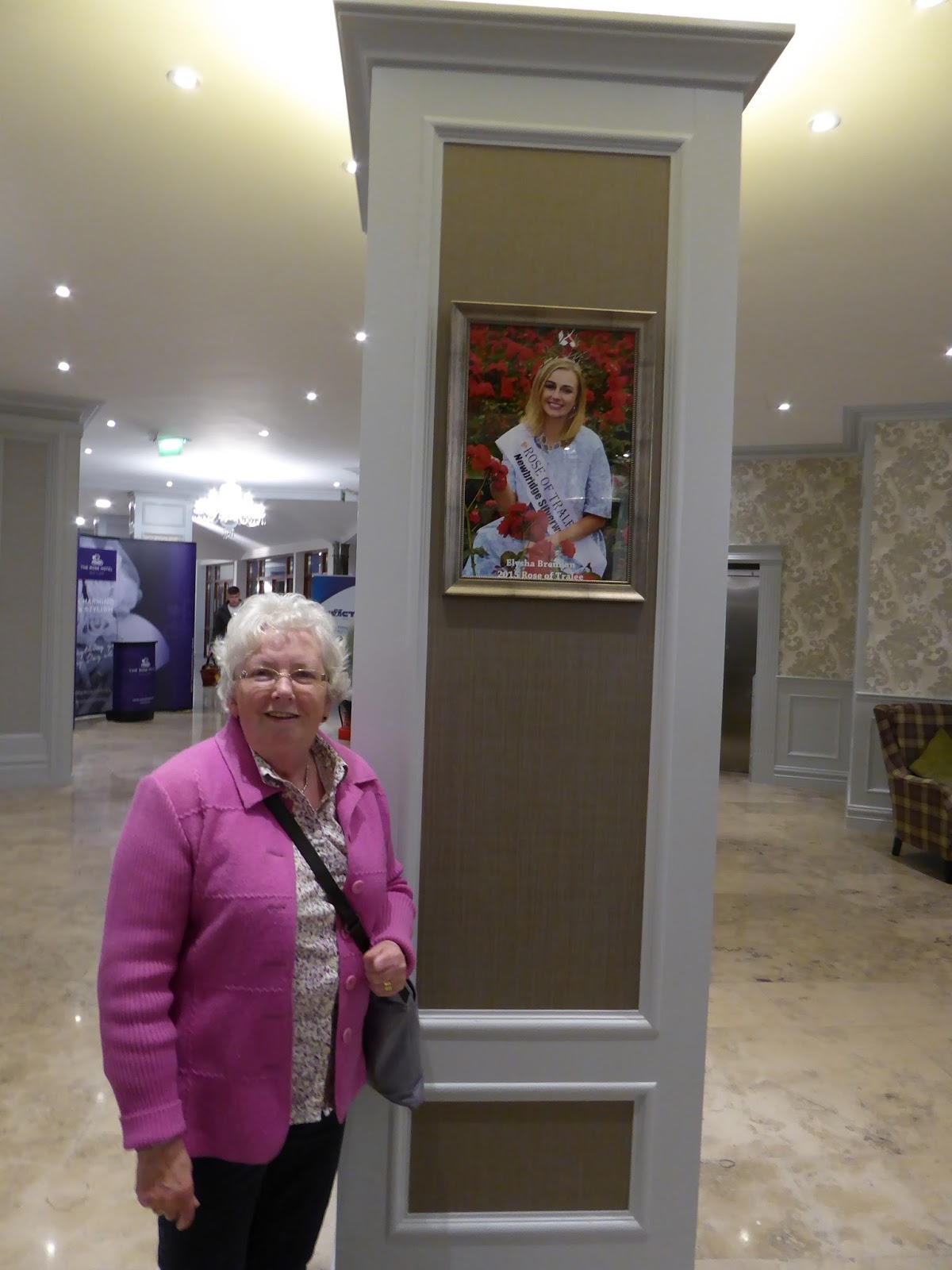 They made me pose beside the photograph of this year’s Rose.

Treat in store for the Children 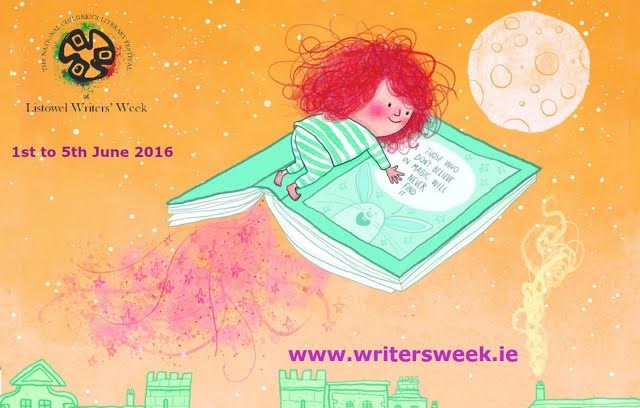 The National Children’s Literary Festival at Writers’ Week have a super programme planned for the first days of June.

Listowel children can be among the first to meet PJ Lynch as he takes up his new role as Laureate na nÓg. 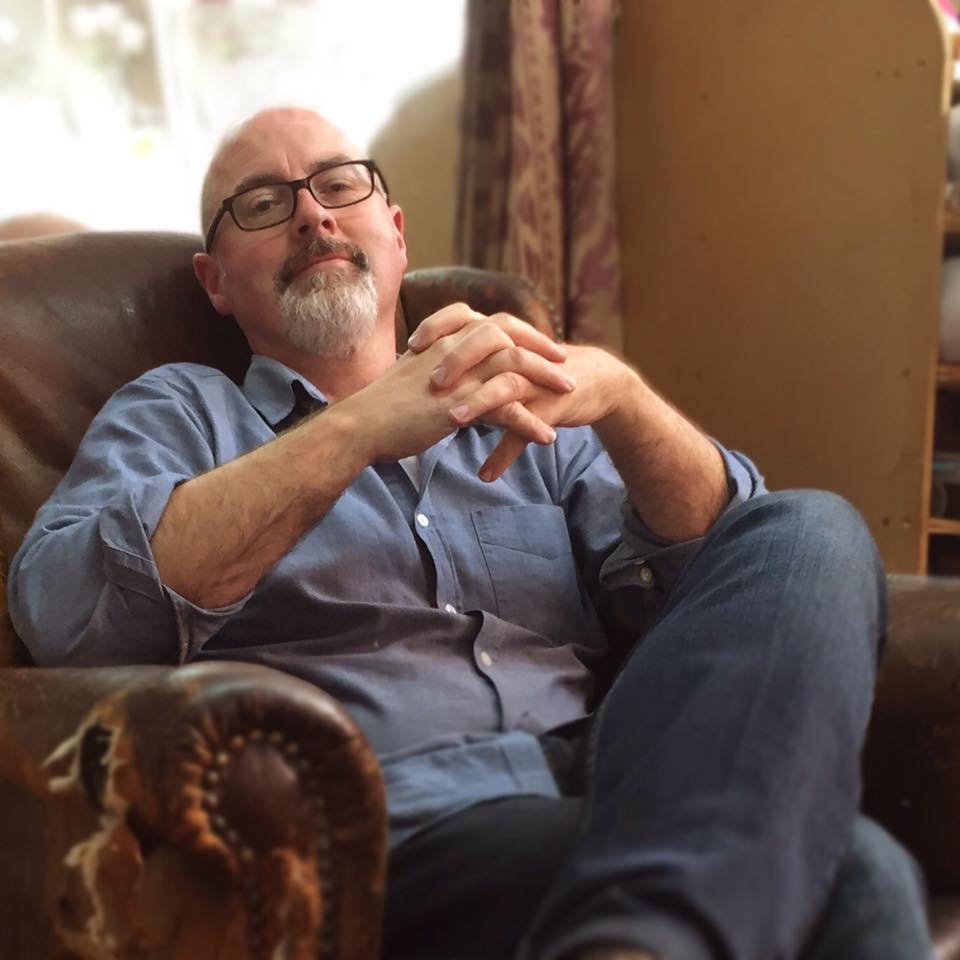 All the information and online booking is Here 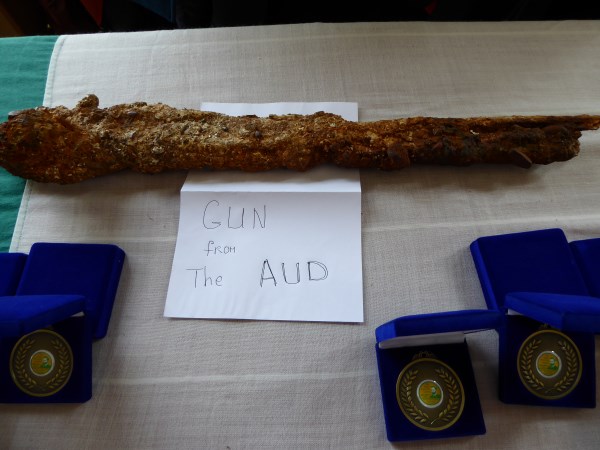 Ardfert school was represented at The Kingdom County Fair. They had on display a genuine gun recovered from the ill fated Aud. The pupils had designed a commemorative medal to celebrate the 1916 centenary. 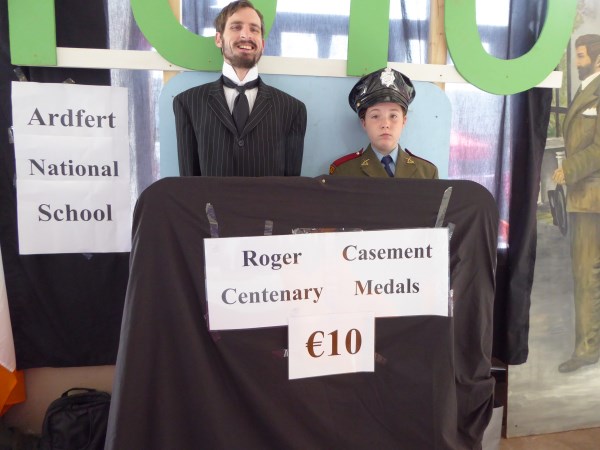 They had a “Casement” in the dock  to promote their medals. 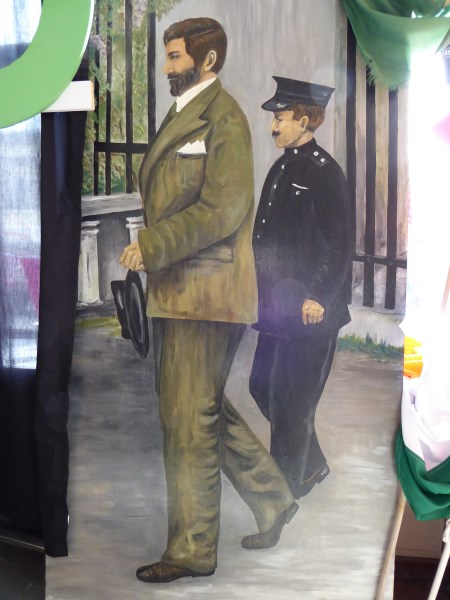 They brought along a mural which used to hang in a local pub.


Gardaí at the Fair 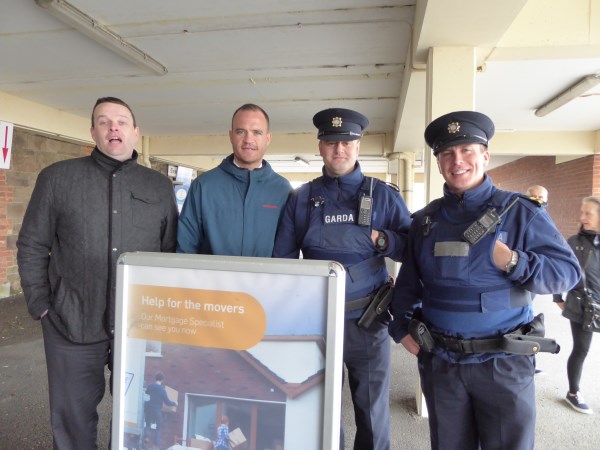 Extract from a Letter to the Editor

DEAR SIR,— Having seen in one of your late papers the preliminary

notice for sale  of the Duagh Estate, in this county, I send you a few

notes relative to the history of it, and or the family to which it

belongs, which may interest some of your readers.

M’Arthy, Prince of Desmond, to Raymond le Gros. I, shall not trace the

family of Raymond farther back than to say, that he was the son of

William Fitzgerald a Norman nobleman who lived in Wales, and whose

ancestors had come to England with William the Conqueror; under whom

they had acquired great military fame and large possessions. There is

a curious book in Trinity College, Dublin, Written by one Father O

way to the Pius Eneas of Troy.— However, I shall be satisfied with a

more moderate pedigree and begin with the Invasion of Ireland.

Ireland was in an anomalous state at the time of this Invasion. While

it was the seat of much learning, and of the more refined arts. It was

also the haunt of savage customs, and revengeful habits. Like all

countries where feudal  customs prevailed, knowledge  belonged to the

few, great power to the chieftains; but the many were in. subjection

and ignorance. More widely beautiful than now, with Its waving

forests, wide-flowing rivers and spacious harbours, It was a bright

gem of the sea ; but torn up with domestic feuds and defective In its

political system, It was likely to become an easy prey to a powerful

Invader, well skilled in the military arts. Divided amongst a number

of petty chieftains, frequently at variance with each other, their

very animosity constituted a great part of the strength of the foe.

On Ireland in this state, Henry the Second, then Monarch of England,

cast his wily and ambitious eye, and soon found the pioneers of his

conquest in Norman adventurers, who were glad to get the opportunity

of relieving their broken fortunes or obtaining military glory and

large possessions by the Invasion of so fair a region.

At the head of these was Earl Pembroke, well known by the name of

Strongbow, and his General in Chief  was Raymond, surnamed Ramond le

Gros, either from his corpulence, or, more probably from his massive

frame and strength- Le Gros in the Norman, answering to ?  more in

Irish and big in English

Whatever the derivation of this nickname may be, Raymond seems to

have combined the qualities of a noble disposition with those which

constitute the characteristic of a great General; for not only was he

famous for his Intrepidity, but he also possessed those, feelings of

humanity which ever accompany true courage.

A remarkable Instance of this was exhibited  in the opposition given

by him to the cruel council of. Hervey M’ Maurice  in the treatment of

the prisoners taken in a battle with the Irish, near Waterford

Raymond having landed with the thirty Knights, and bring joined by

Hervey  M’Maurice with a small troop, they made up a hurried  camp for

their defence. The citizens of Waterford, being troubled at  their

contiguity to their city, attacked them with three thousand men,

headed some Irish Princes. The Normans made a sally[j1]  out of their

little fort against  their opponents, but, finding the multitude they

had to contend with, made a hasty retreat to their entrenchments.

Being too hotly, pressed by their pursuers, they turned on them, when

the powerful and daring Raymond thrust the first of his antagonists

through the body, and, shouting his war cry, made a furious onset

Inspired by the bravery of their leader, the little band fought with

such resolution that they put their enemies to flight, and, after

great carnage, took several of the chief citizens of Waterford

prisoners. A council of war being held on these, Raymond spoke in

their defence, and strongly recommended humane measures. They are not

conquered. Their fate being adverse, In fighting for the defence Of

their country noble Indeed, was their occupation.” In vain, however,

was his counsel. That of Hervey who at that time possessed much power

and Influence, prevailed and seventy of the noblest citizens of

Waterford having their limbs first broken, were hurled from the rocks

A Blast from the Past 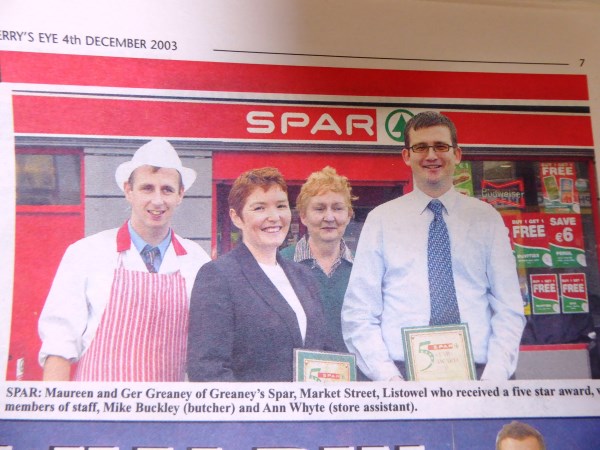 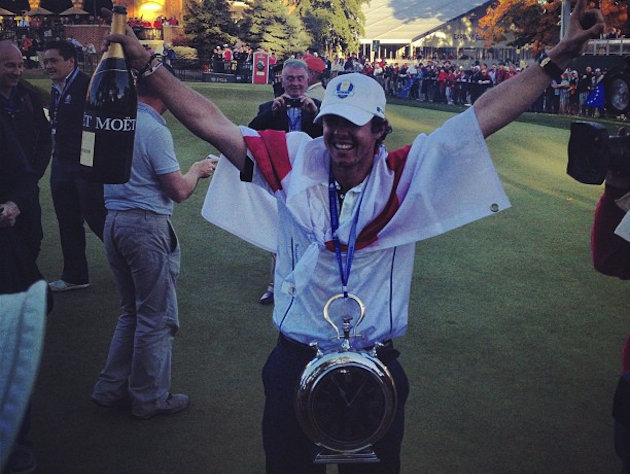 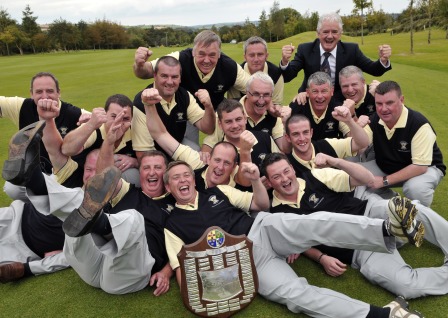 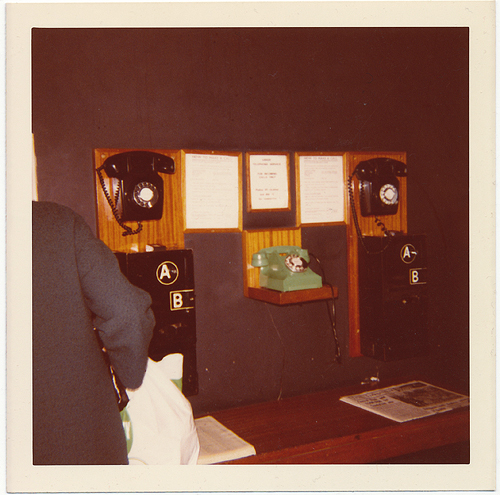 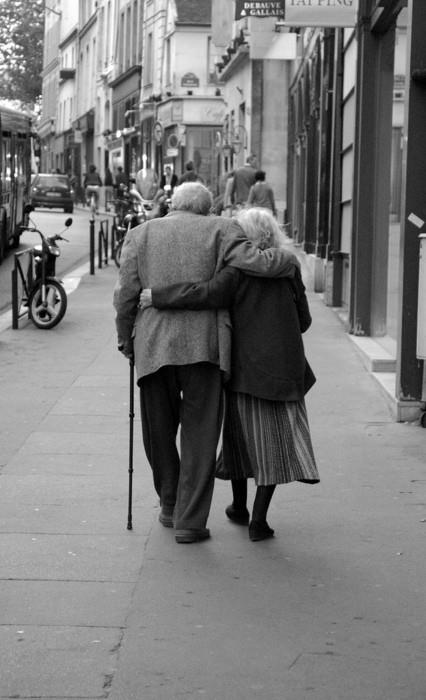 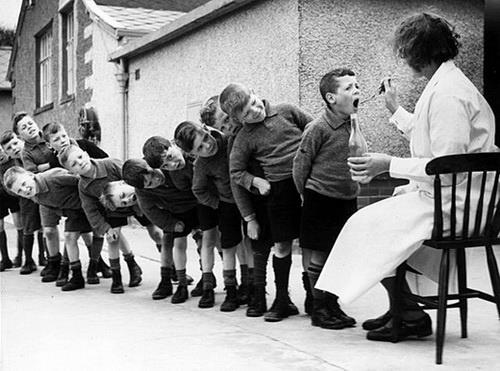