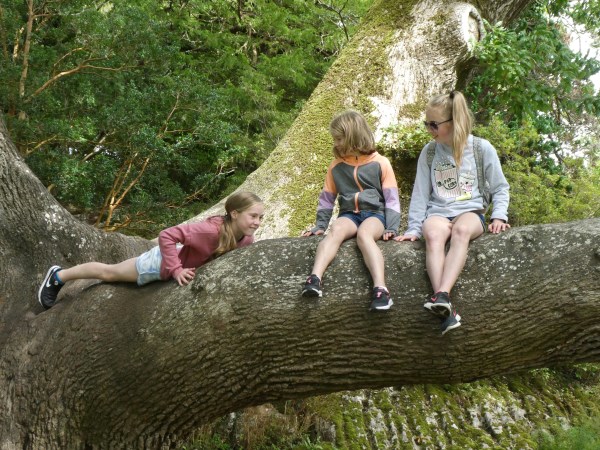 Darby girls from Ballincollig climb a tree in Muckross.

Sunday August 30th 2020 was a  lovely sunny day. I went to Killarney to meet up with some of my grandchildren before they go back to school.

While we were walking in the grounds of Muckross House we saw this hang glider drop in. 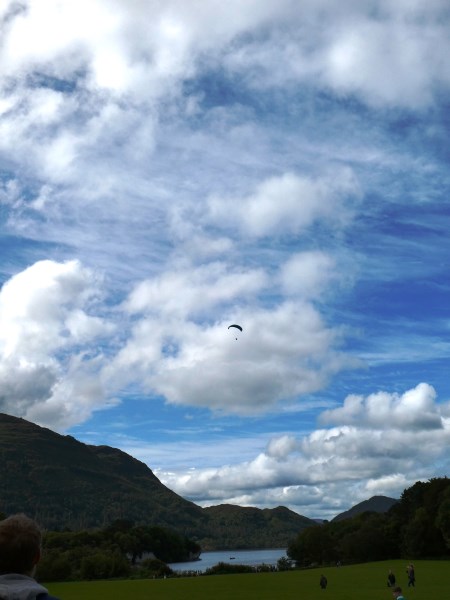 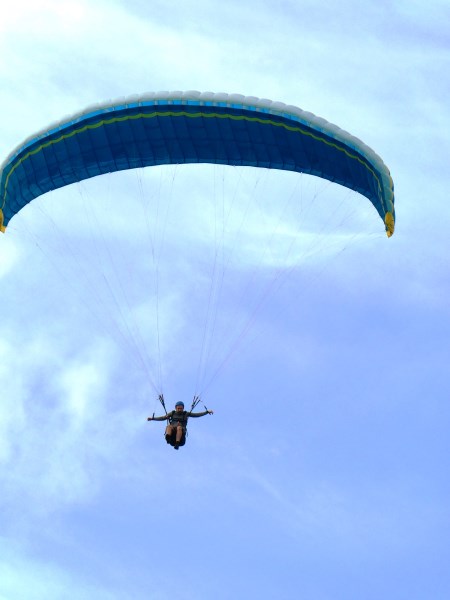 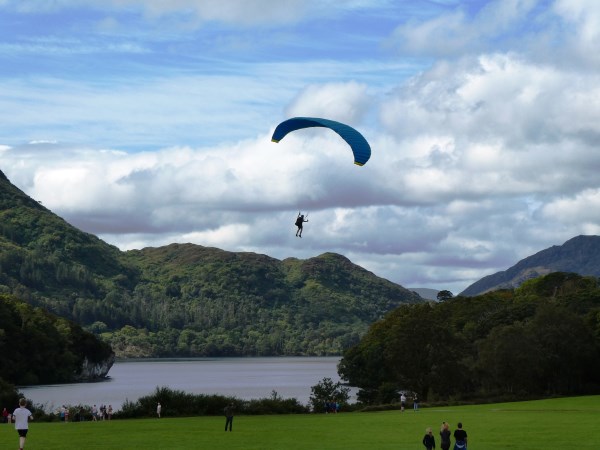 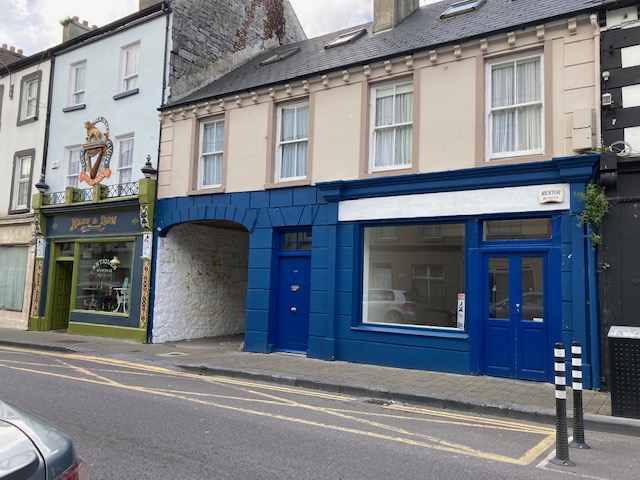 A while ago we had a request from Angela Liston for help in identifying which Church Street premises was her ancestors’.

The above is the very place. The Colohans were here too long ago for people to remember but lots of people have fond memories of the OGrady’s who succeeded them. There were five girls in the O’Grady family and four of them emigrated to the U.S.

The archway between this shop and The Harp and Lion used to be known locally as Colohan’s Arch and afterwards as O’Grady’s Arch. Archways are a feature of Listowel’s streetscape, giving access to the network of “back ways” at the heart of the town.

Below are some of the many references to Colohan’s bar that Dave found for us in his trawl through the newspapers. 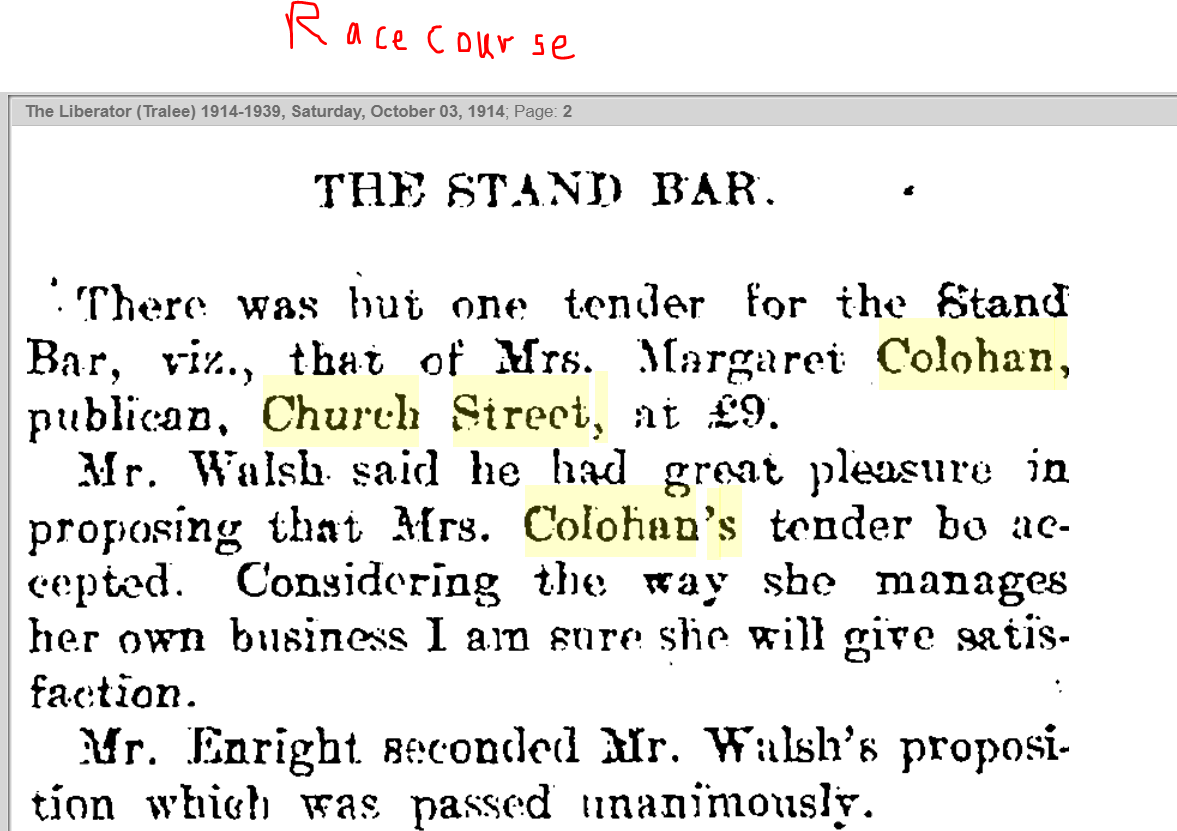 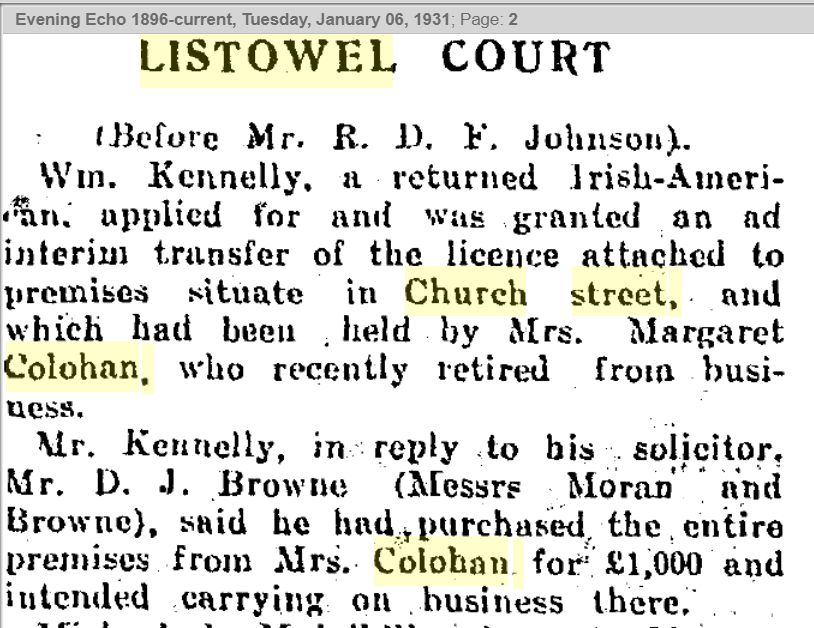 It would appear that the Listowel Coolahans/ Colohans were not related to the Tarbert family of a similar name. 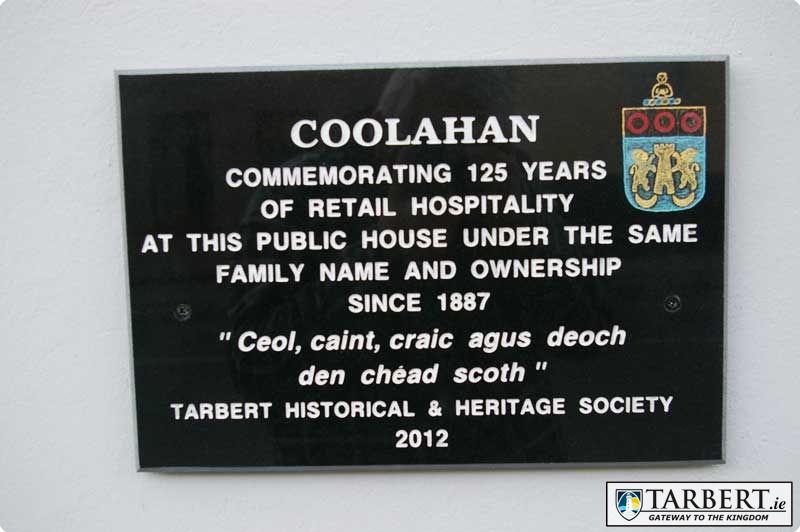 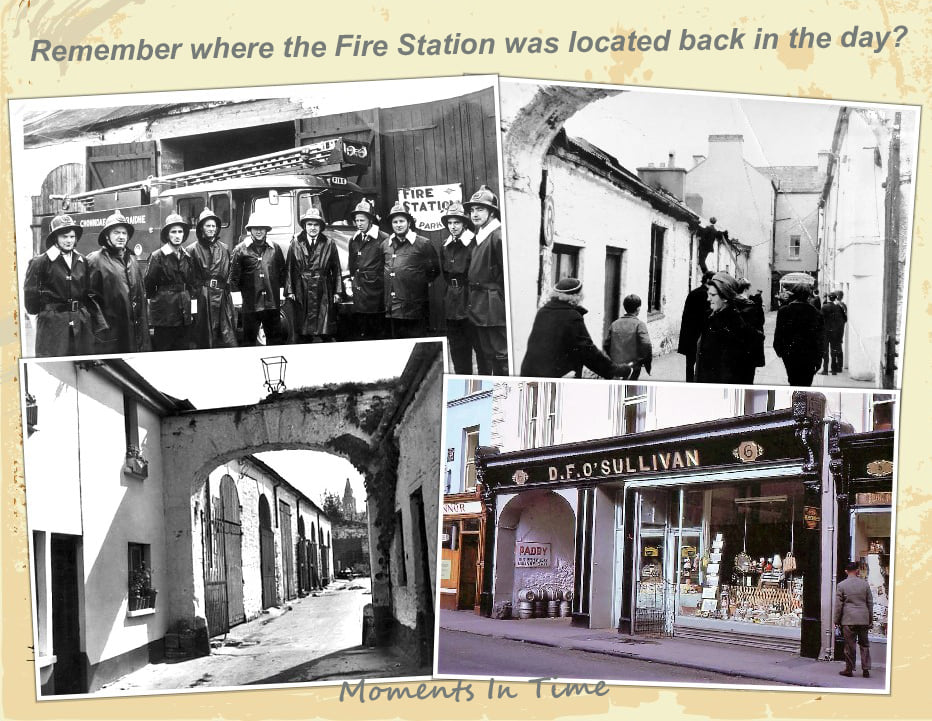 Nicholas Leonard found this old photo on a Facebook page dedicated to Killarney memories. There was concern that the narrow archways, sometimes obstructed with beer barrels made access to the laneways difficult for a fire tender.

Helen Lane took these photos of O’Sullivan’s Mill in Ballylongford. It has been sold to an Australian entrepreneur. Local people are looking forward to the rejuvenation of the village. 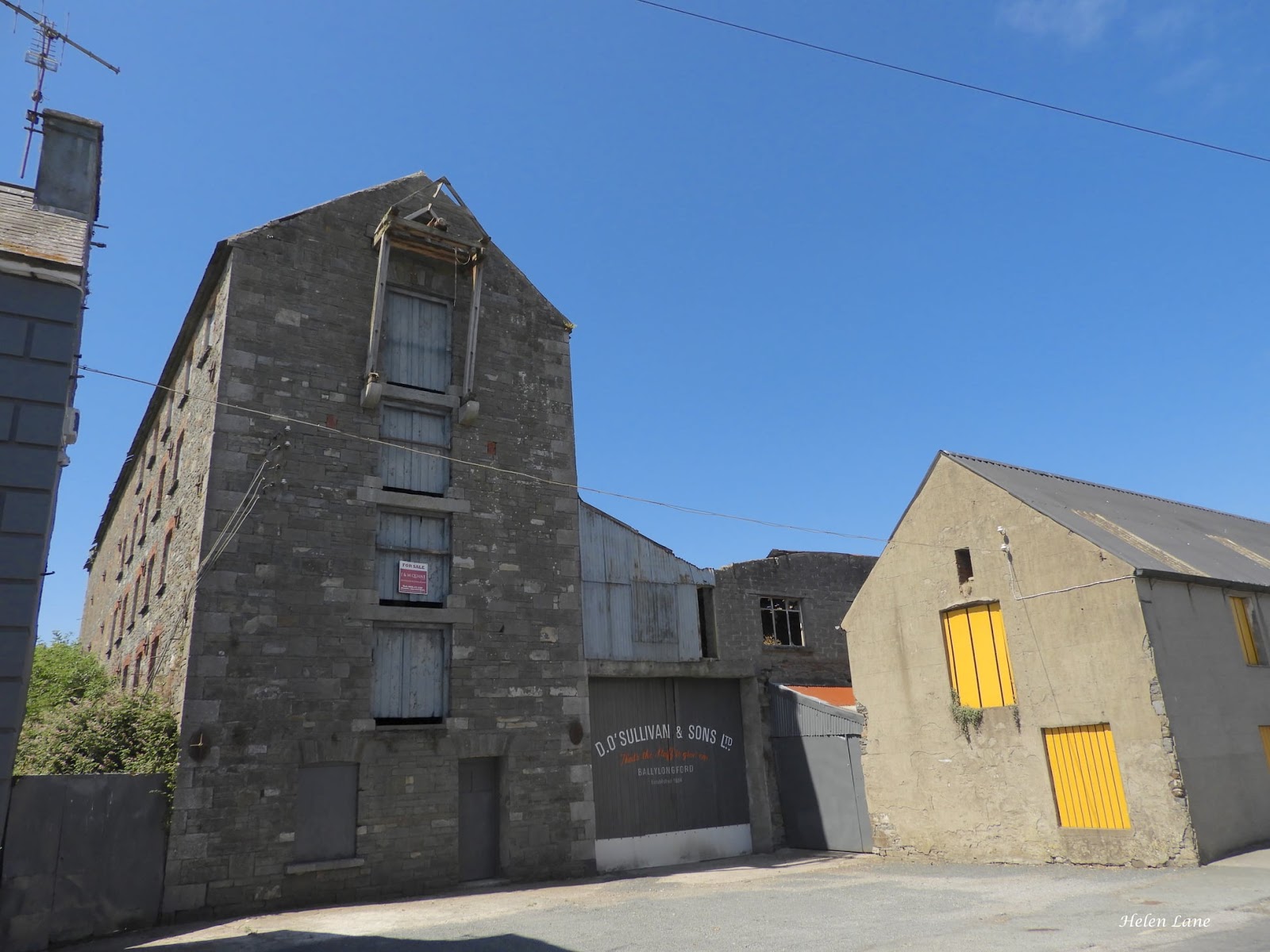 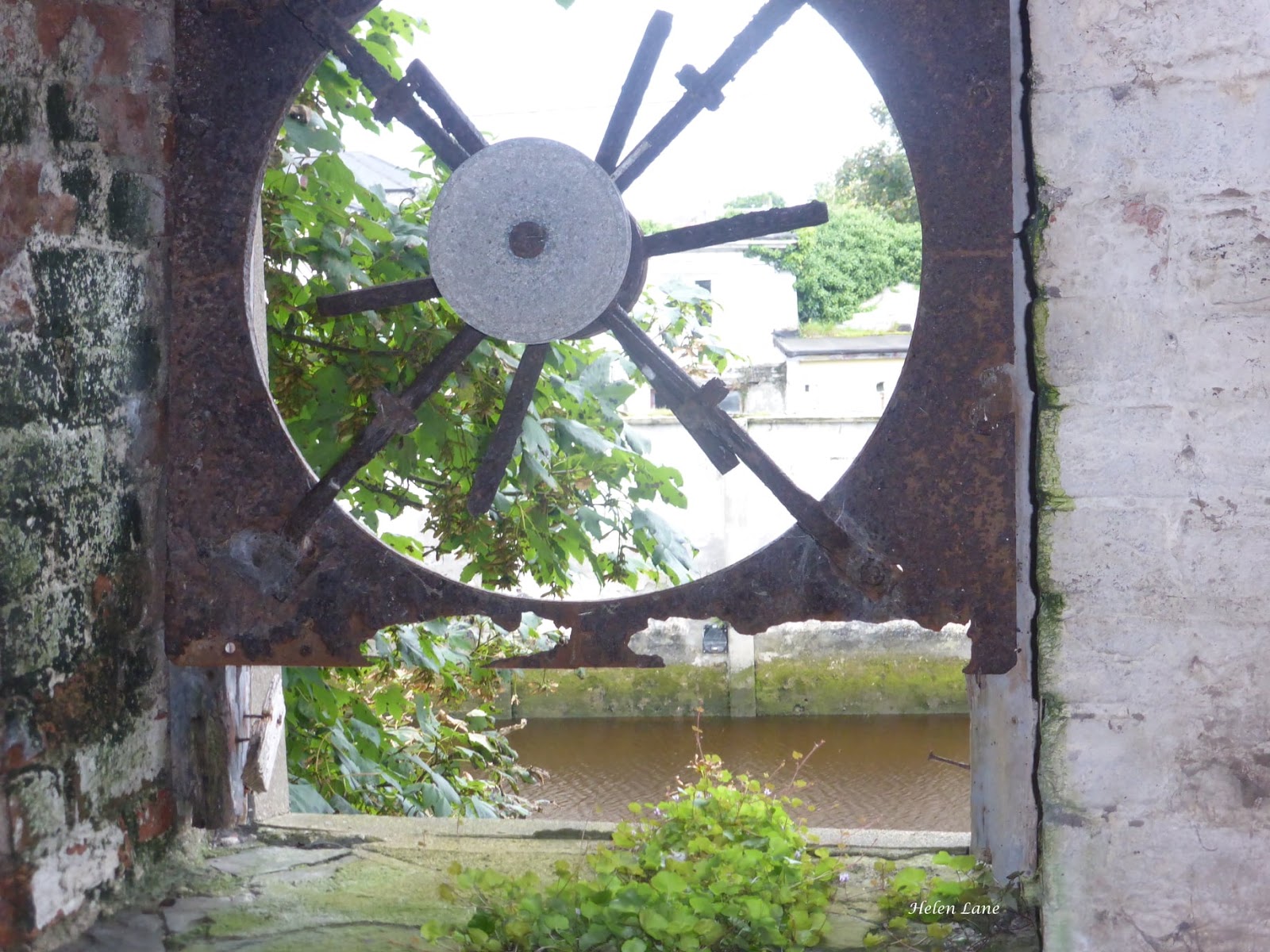 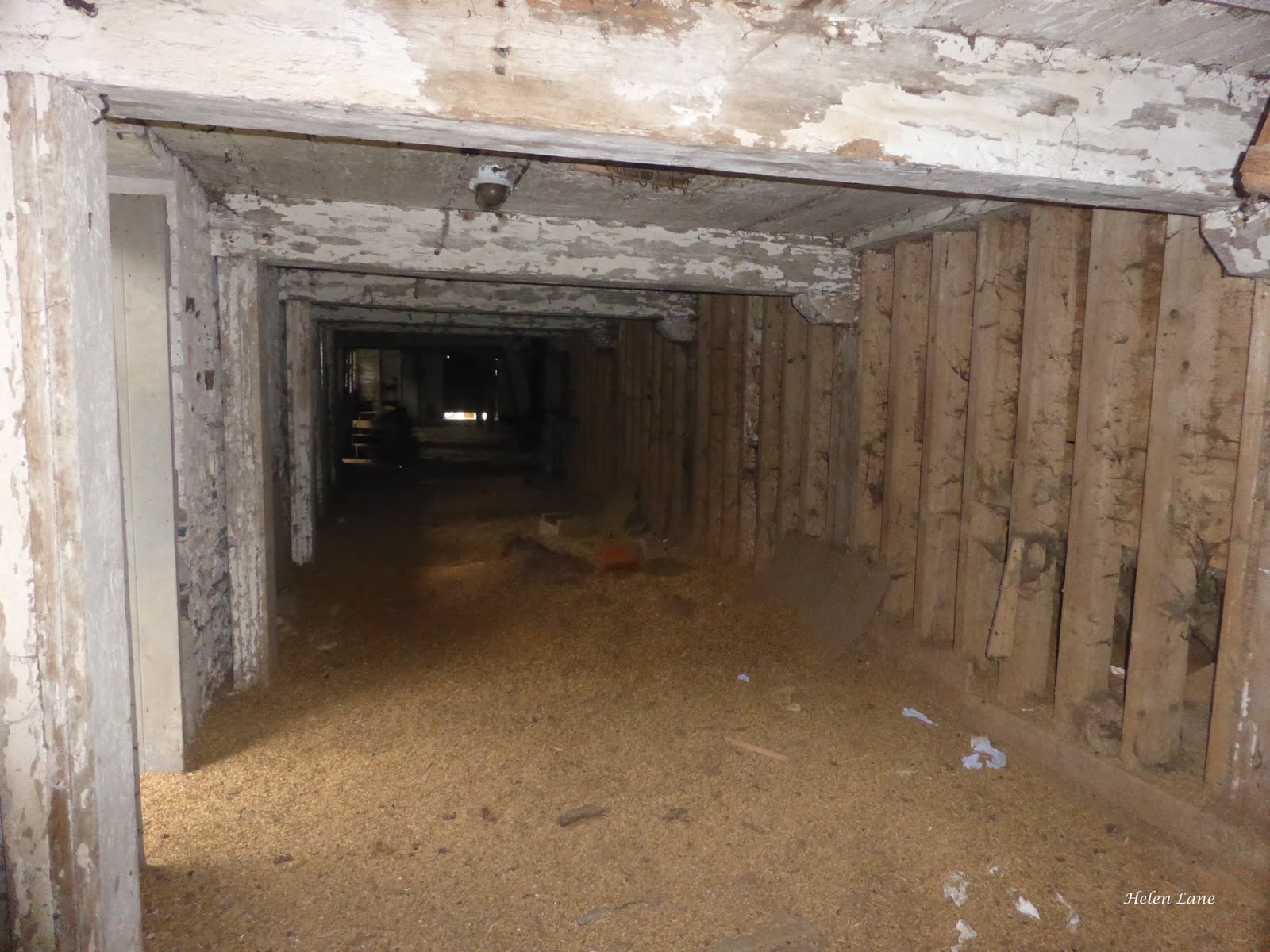 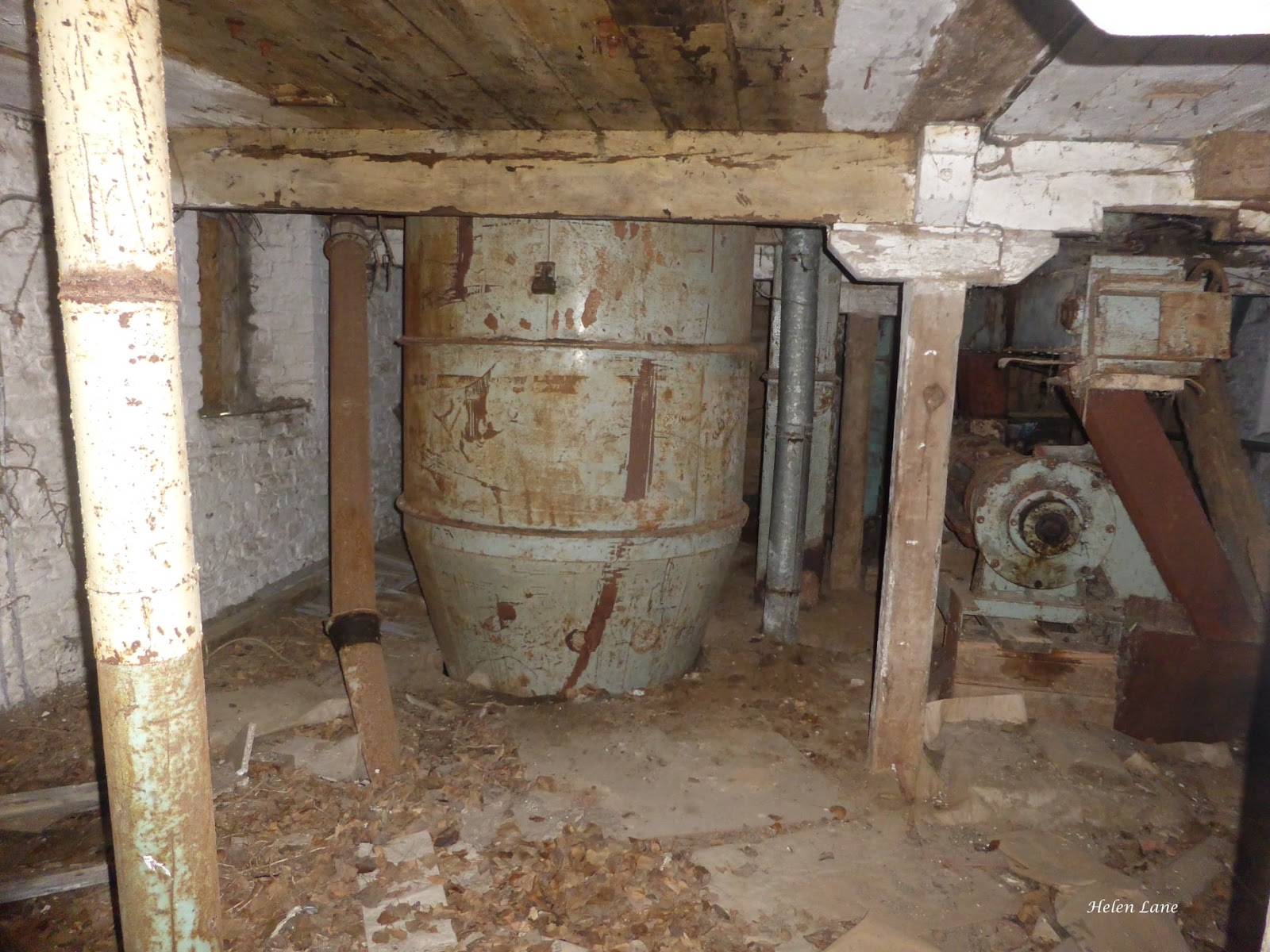