Changing face of town,Brian Lenihan and Aodhagán ORahilly, a concert in 1864 and more about Sive

All Over Bar the Shouting 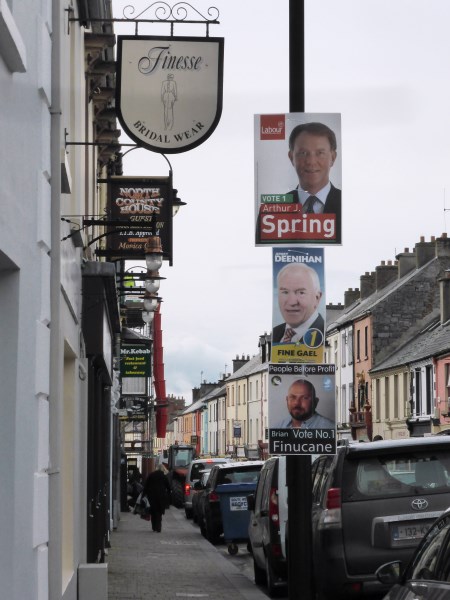 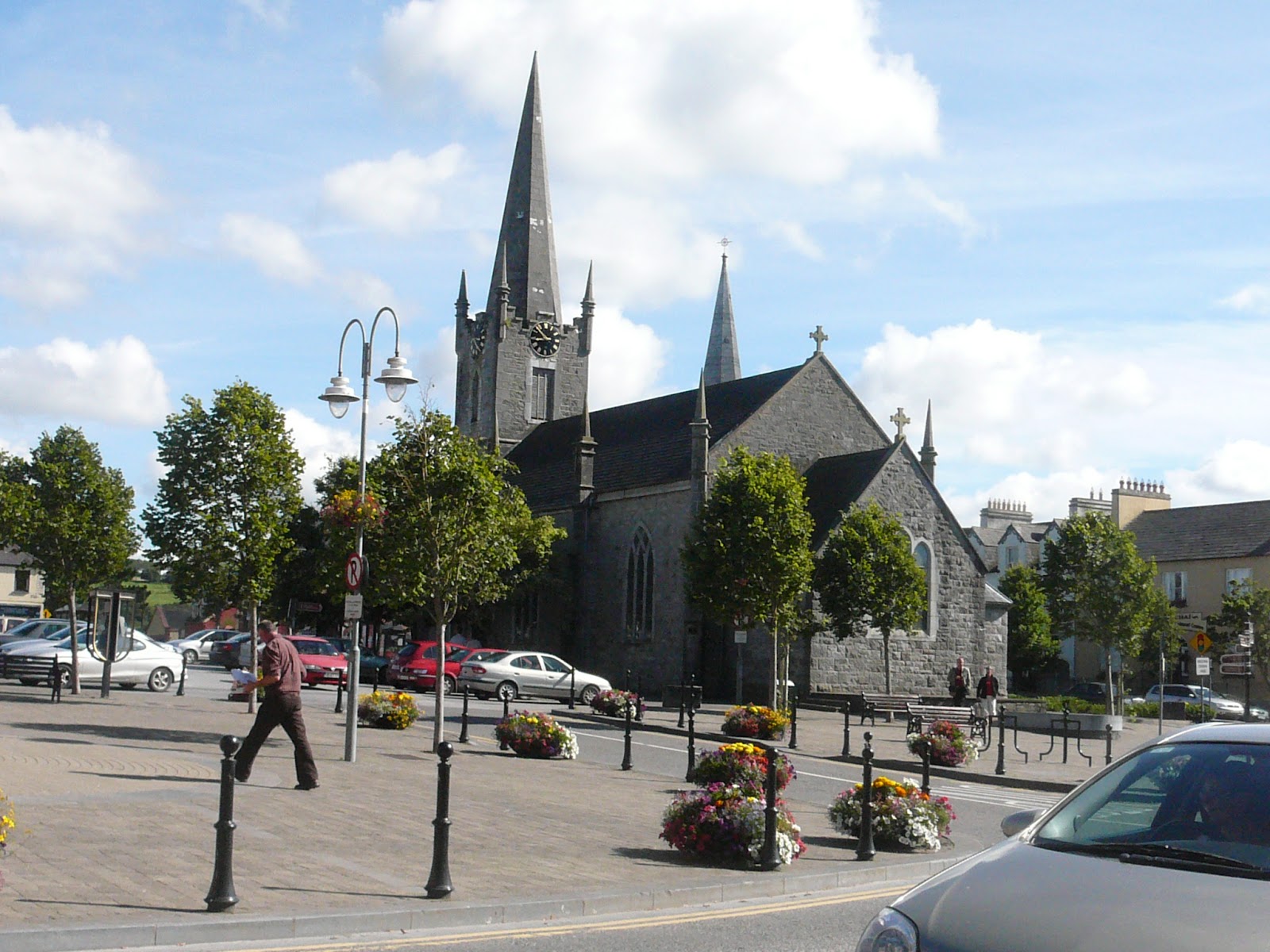 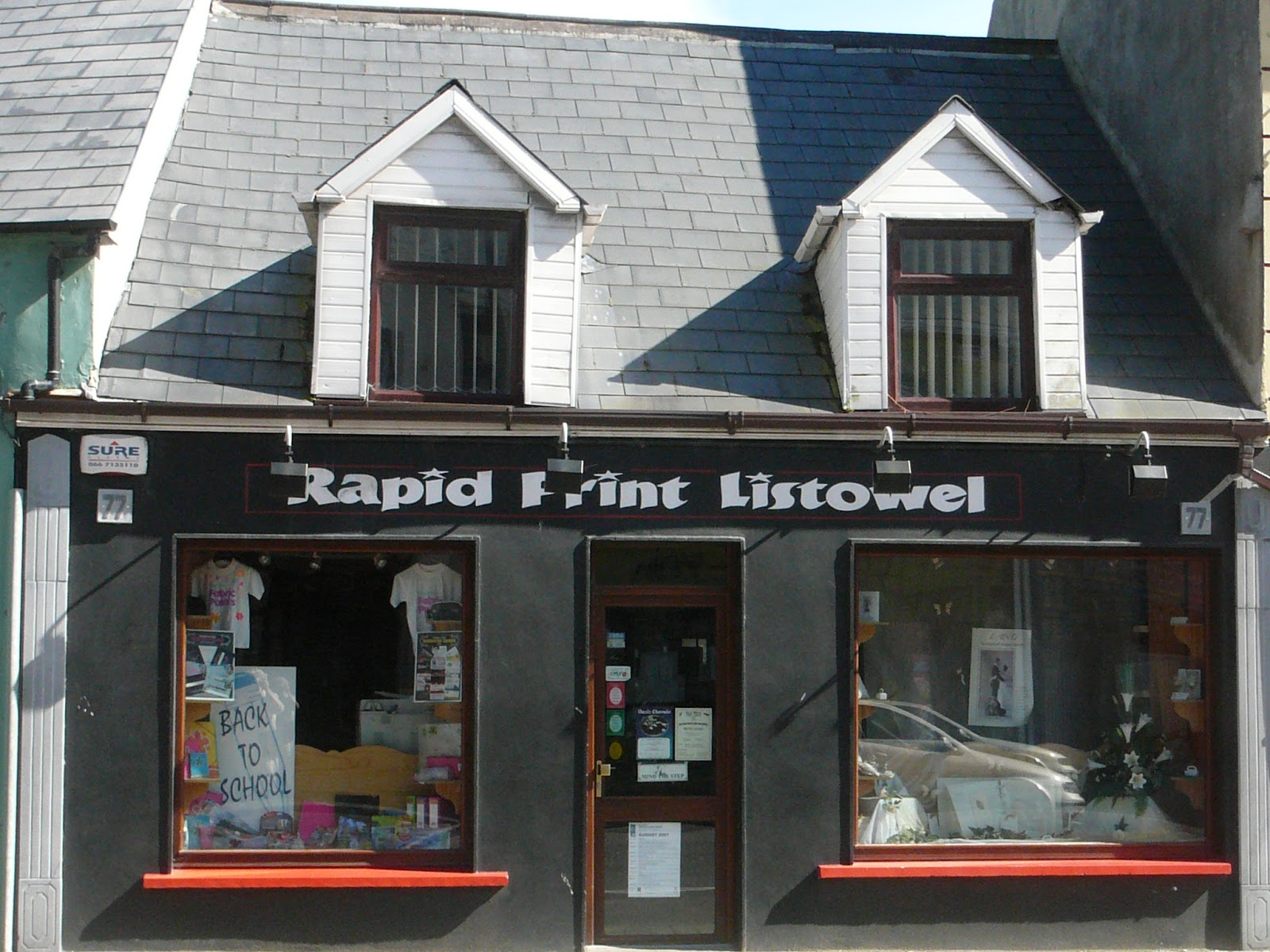 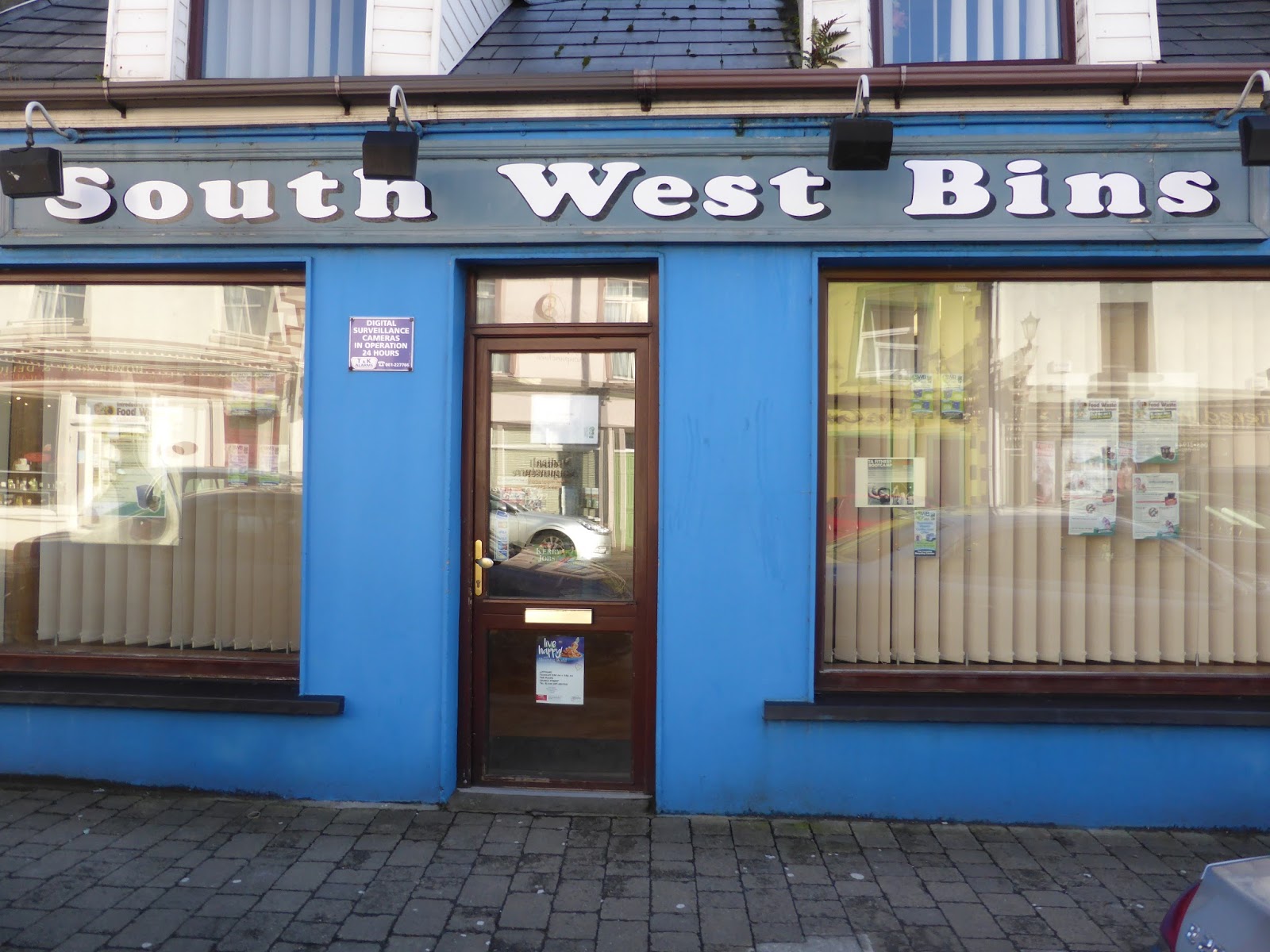 
A Midland Event with a North Kerry Connection 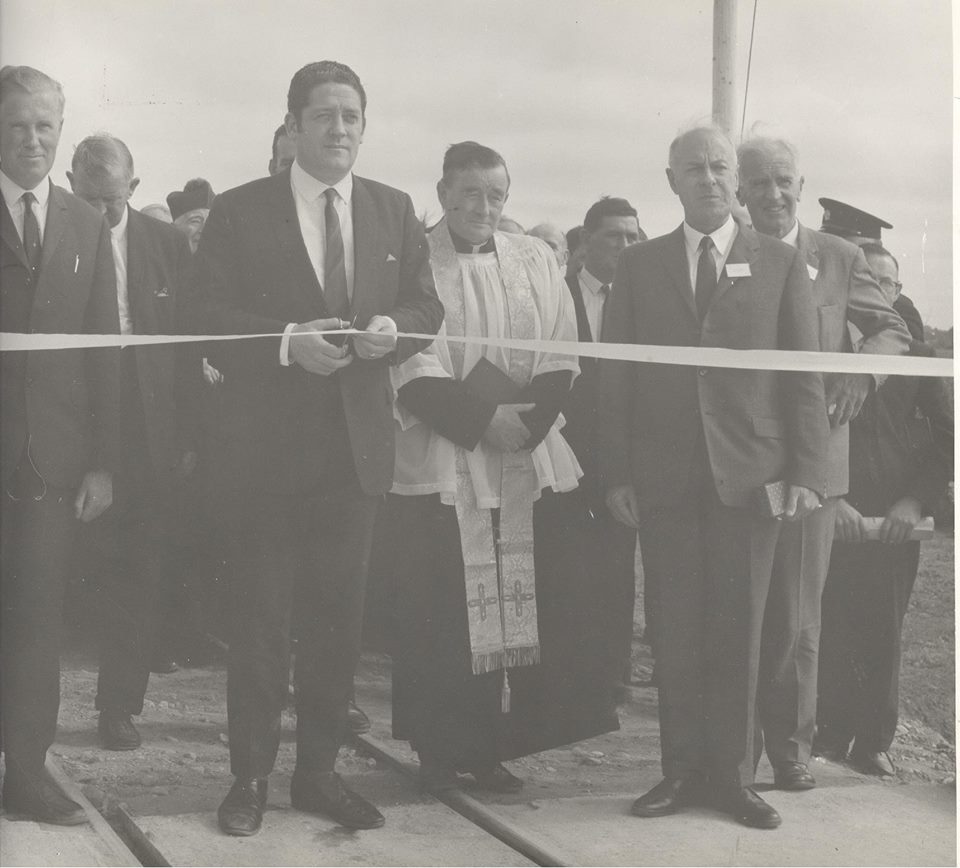 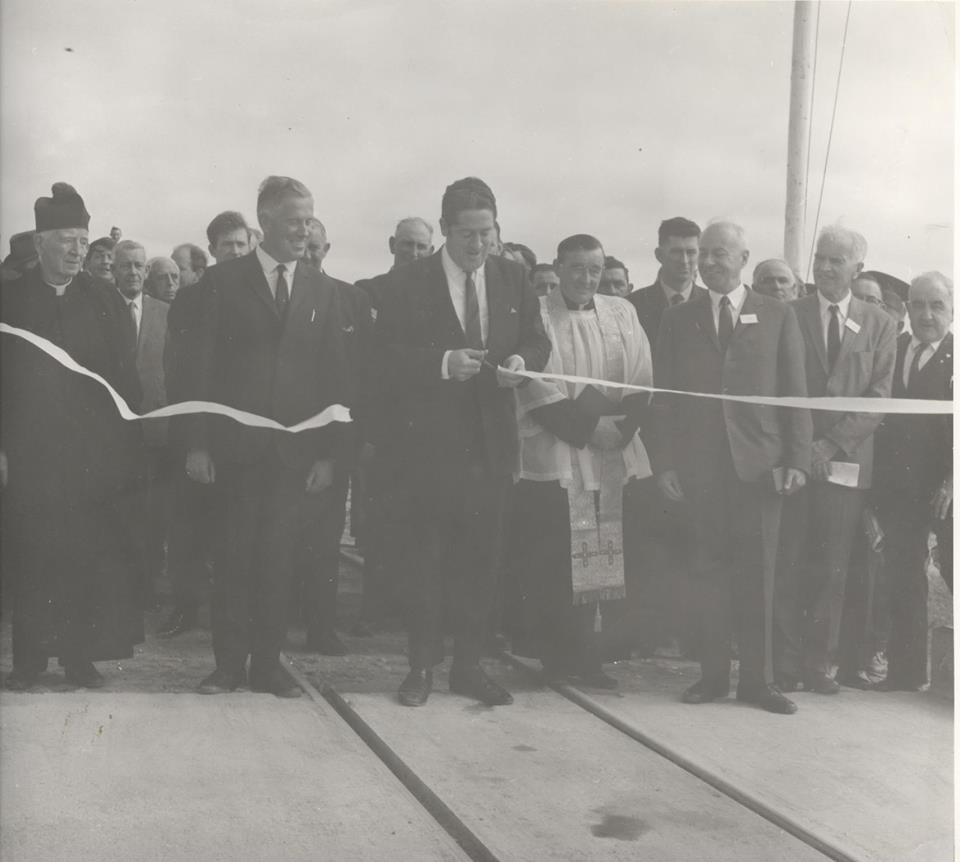 Minister Brian Lenihan opening the rail bridge over the Shannon in 1969. He was Minister for Transport and Power from 2/7/69 to 3/1/73. The priest had blessed the bridge just beforehand. To the priest’s left is BnM MD, Dermot Lawlor and left and just behind Lawlor is BnM Chairman, Aodhagán O’Rahilly. O’Rahilly’s father Michael, known as “The” O’Rahilly” was a member of the GPO garrison and was killed on Easter Friday 1916 while charging a British barricade in Moore Street. 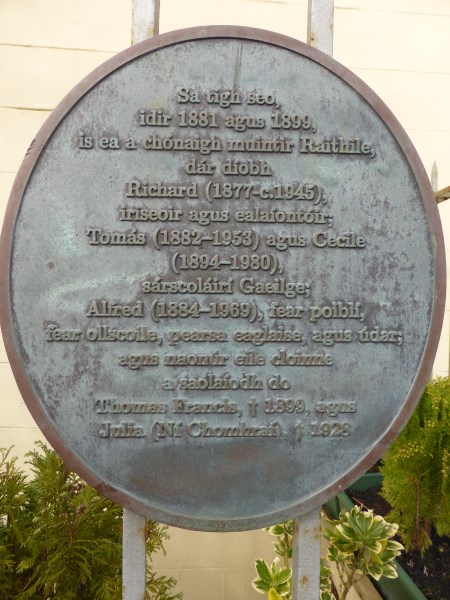 “I don’t care about Clifton Clowers…”

Who needs Clifton Clowers when we have our own old ploughmen here at home. 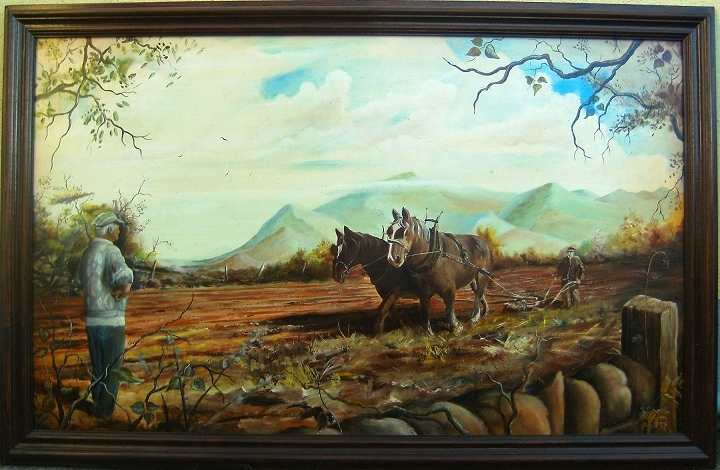 Concert in Listowel in 1864

This concert seems to have been a bit of a pot pourri. Poor Mr McCarthy got an awful reception from the audience;

CASTAGLIONI’S CONCERT IN LISTOWEL,
from a Listowel correspondent

On Thursday evening last, the
celebrated Madame Castaglioni gave one of her pleasing and entertaining
concerts in Listowel.

We have not had any concerts worth
speaking of in Listowel, ever since the Messrs Richardson performed the
beautiful piece of the harmonious Blacksmith on their curious rock band some
few years ago; and now accordingly heard with delight, this visit of a troupe
of clever artists, as the harbinger of a goodly number of future visits of a
similar kind.

The Signors Carletta Zerbini and Le
Petit Louis Napoleon were prime favourites with the audience and really, taken
on the whole, their performance was very creditable. The latter little marvel
of precocity gave “The Dark Girl dressed in Blue” and “Polly Perkins”, with
admirable effect, while the Senora Zerhiai positively enthralled the audience
with the flood of feeling and passionate pathos, which she infused into
Lurline’s” Sweet Spirit Hear My Prayer” and the capital manner in in which she
rendered the Italian air “ Una Voco pocofa”.

We were particularly delighted with the deft
and skilful manner, in which this accomplished cantairiea introduced the
tremulous quator and thrilling shake into her magnificent voice. At first she
warbles a few notes with bird like clearness and vivacity; then slowly and
majestically her voice falls, and for some seconds becomes pendulous with deep
emotion, then suddenly rising to the full height of her vocal powers, she pours
forth one sustained volume of delicious harmony. With reference to the personal
attractions we may be permitted to state, that when in repose, the countenance
of the Signora Zerbini seems immobile and statuesque, but when under the
inspiration of the spirit of song, every feature is animated and illumed with
the charming glow of eloquent enthusiasm.

The performance of Mr M’Carthy was
unsatisfactory; he seemed restless and fidgety and the slightest interruption
on the part of the audience discomposed his equanimity; In consequence of this
the “Hour of Ireland” was completely expunged from the programme.- M’Carthy who
seems to us to be either very sensitive or very irascible, had commenced his
comicalities, some of which were received with loud laughter by the audience,
whereupon he retreated behind the scenes in high dudgeon and did nor put in an
appearance for the rest of the evening. Mr. M’Carthy misunderstands the
effervescing and joystering disposition of his countrymen. But he should
recollect that a public concert, is not a humdrum Quaker meeting.

After Mr M’Carthy’s disappearance a
scene of considerable confusion took place. In the midst of the tumult “Patsy
the Cottoner”a well known character, rose to address the assembly, and was
received with tremendous cheering and waving of hats by his fellow townsmen.
This important personage who had been a long time absent from Listowel,
formally enjoyed a high reputation, as a village orator and was quite indispensable
at every gathering of the “great unwashed”.

He said,” ladies and gentlemen, I
have a very great cold, so that if I break down, I hope I am quite excusable.
After so long an absence. I have returned to visit my old friends and
acquaintances in Listowel again.” Having delivered himself of those two weighty
sentences, this individual blurted out a comic song of a very doggerel
character, which of course our musical sympathies and affinities do not permit
us record, much less notice approvingly.

Miss Carlotta Zerbini then rose and
said,- “It is unusual for a lady to address an audience, but I must say we have
come here to fulfil our engagement, and not to be insulted,- If therefore you
will have a little patience, we will terminate the performance. Miss Zerbini
concluded accordingly by singing a song. Then the company dispersed, though, it
must be confessed, not without some feeling of disappointment, caused by the
fragmentary nature of the entertainment. 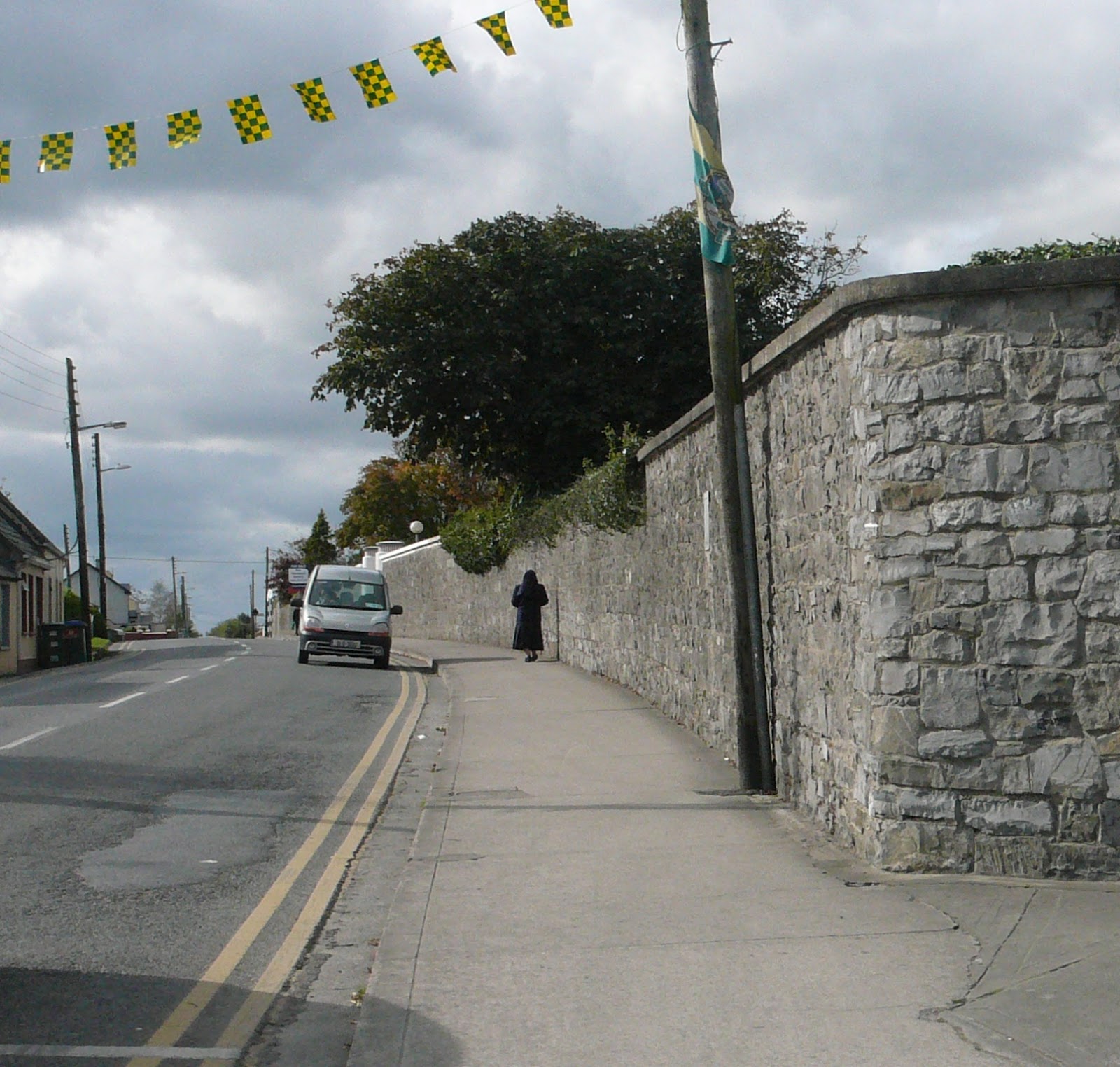 What some papers said 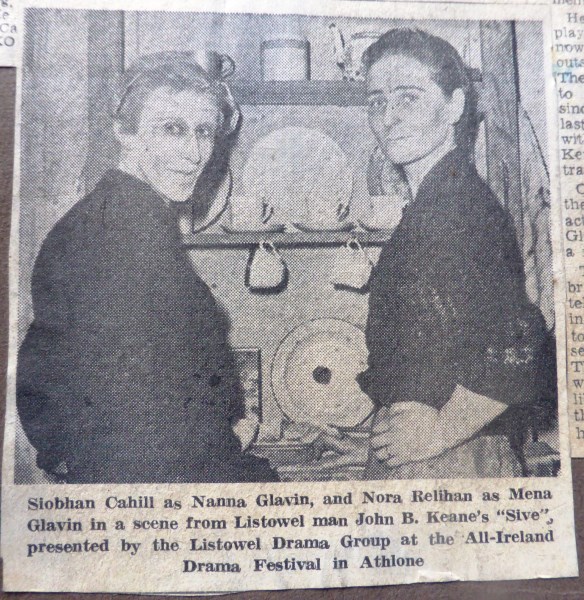 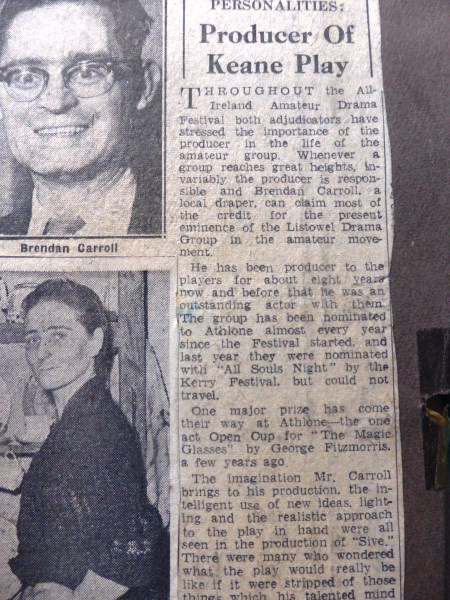 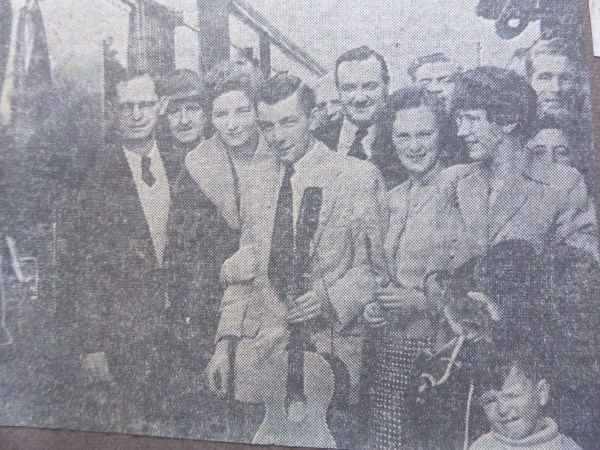 A Listowel Dance Card from 1908

Jim Halpin found this when he was renovating his shop in Church St. some years ago. It is in perfect condition. We can only assume that the young lady it was intended for lost it before she ever got to the dance . Jim has kept this treasure safely and you can see it if you visit the Listowel Military and Historical Museum at 24 Church St. 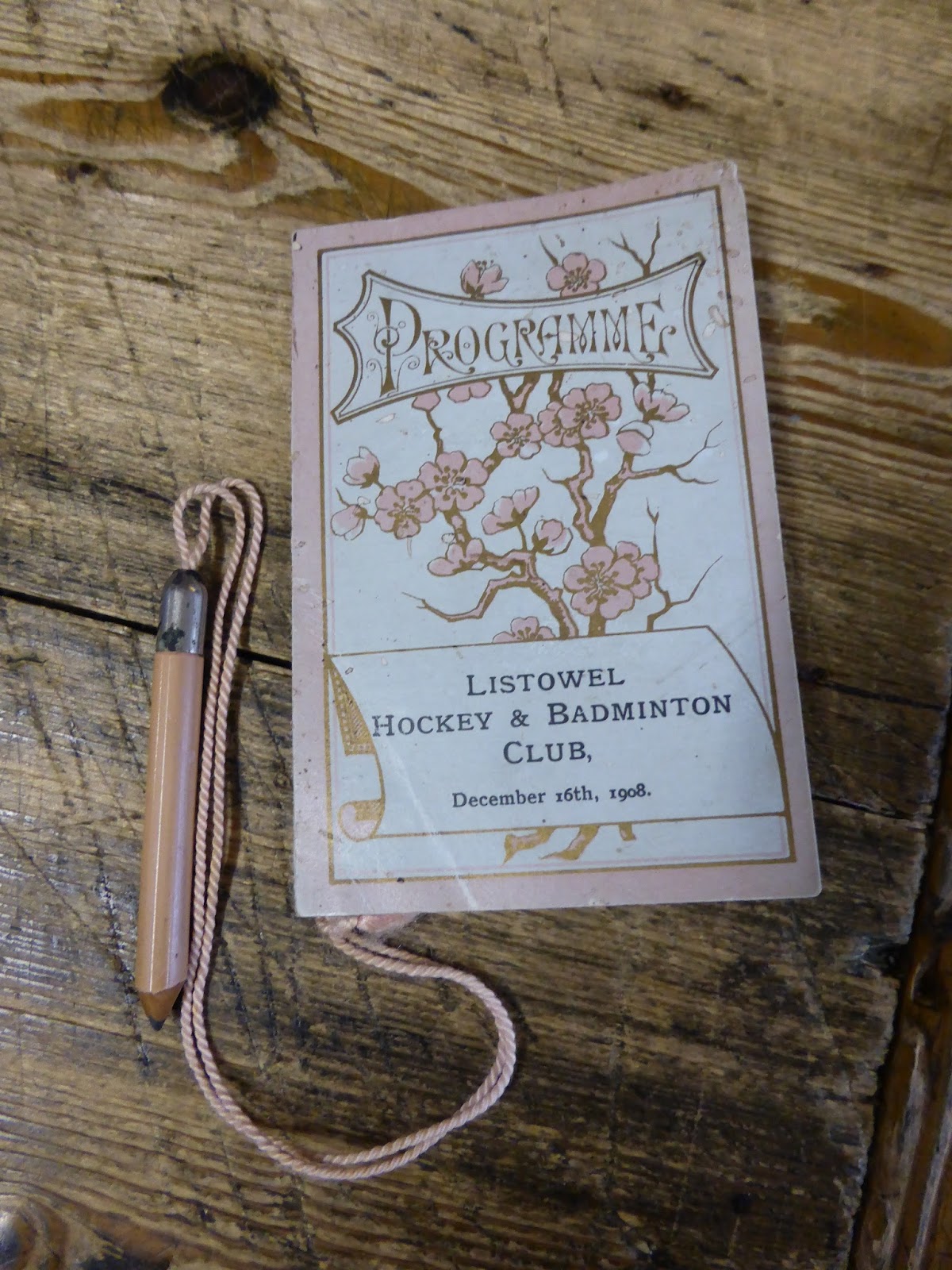 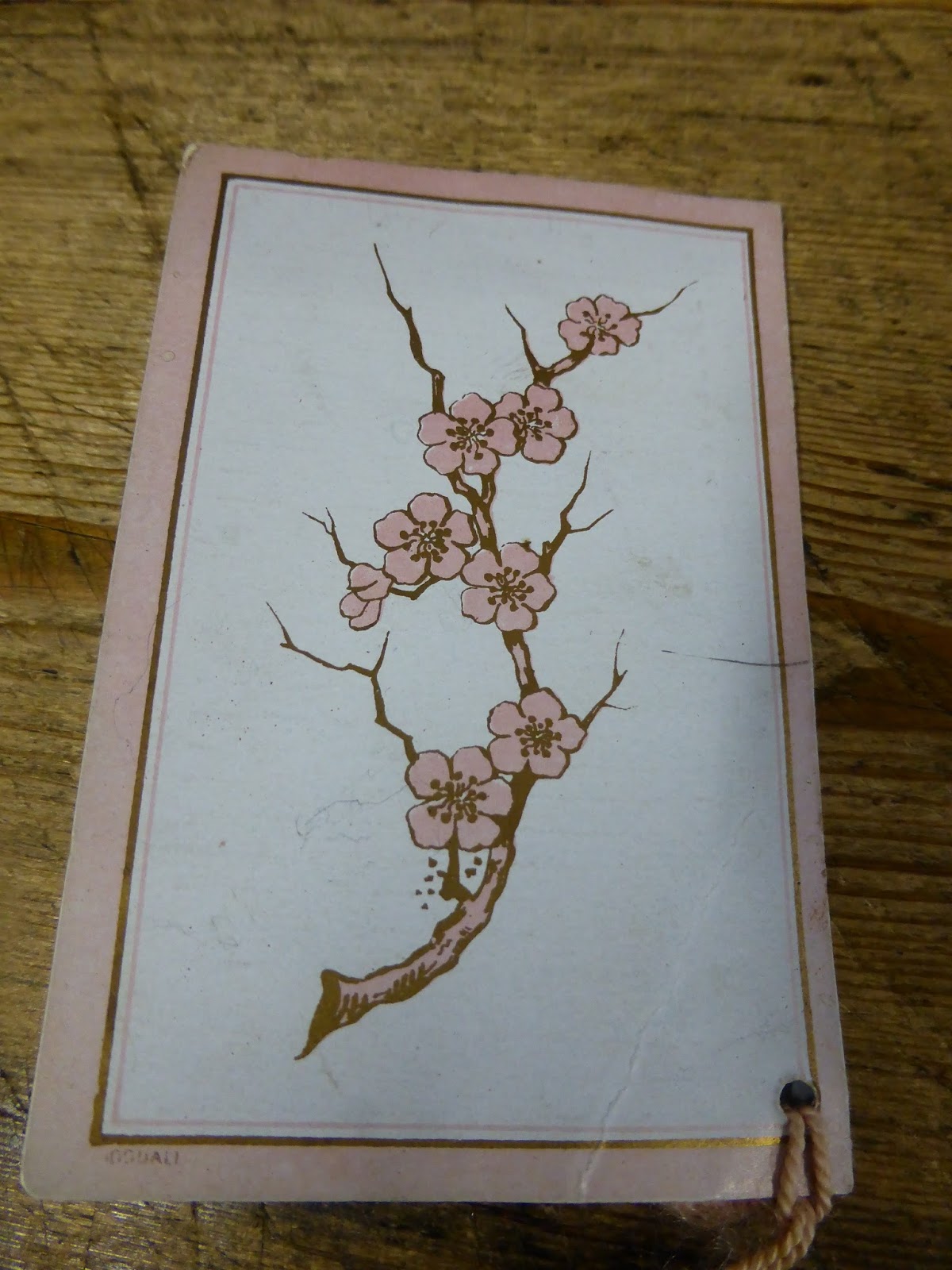 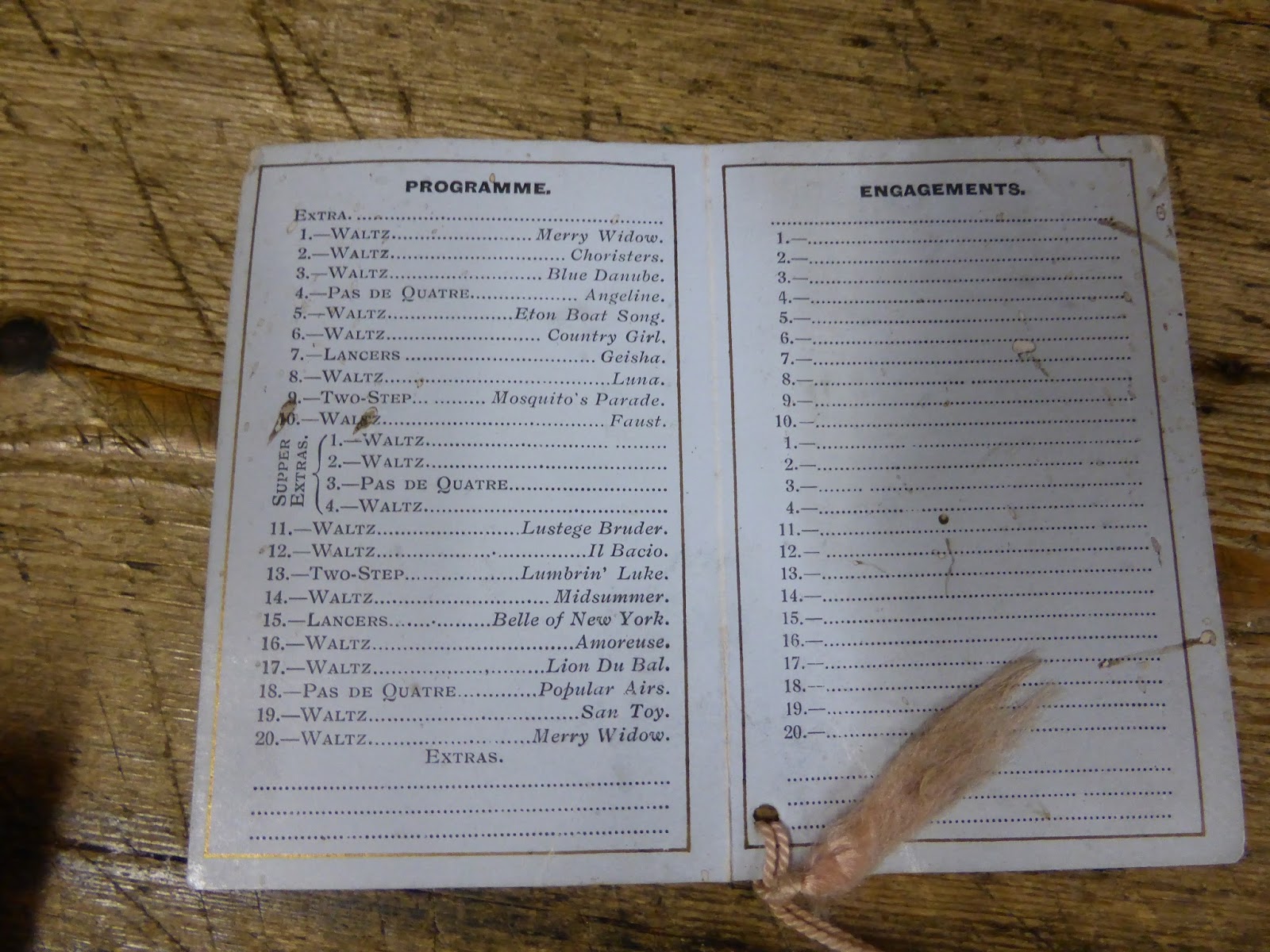 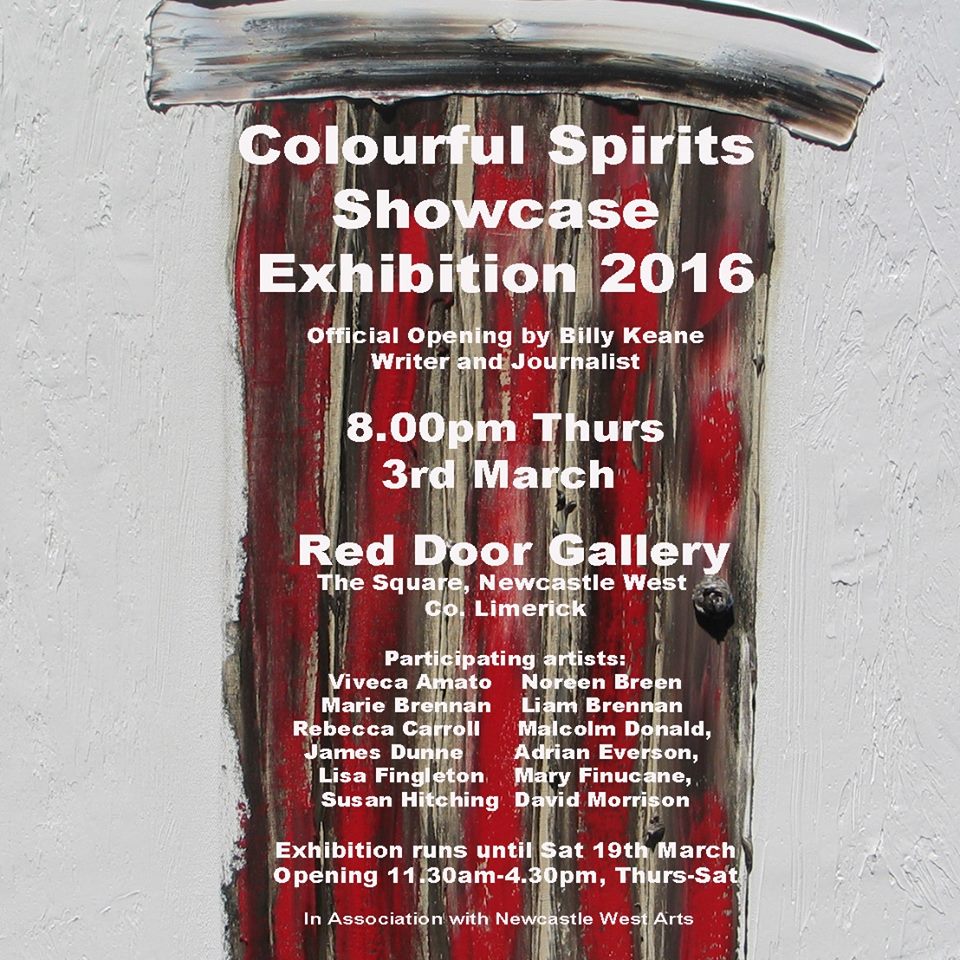