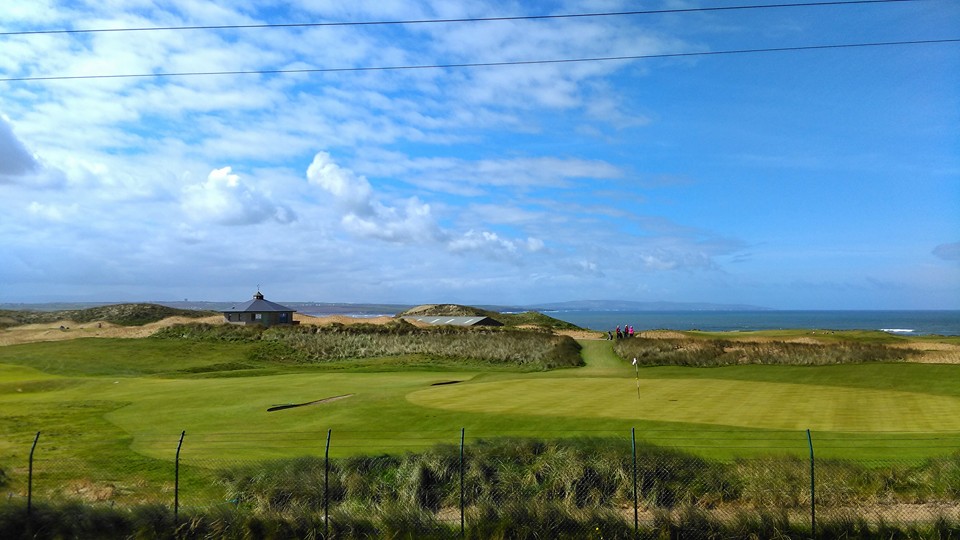 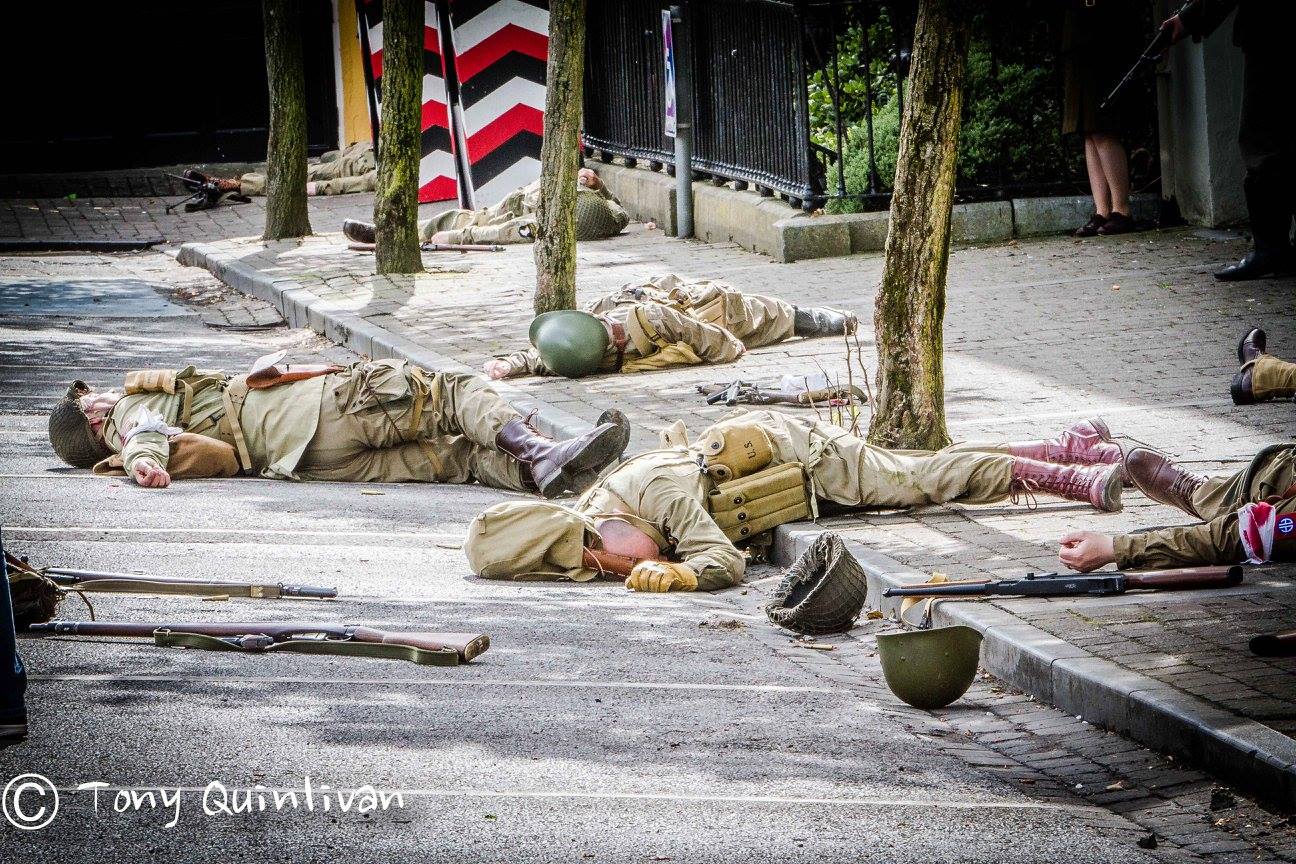 Tony Quinlivan’s realistic photo of the carnage on the streets give you a feeling for what the mock battle scene was like in Listowel.

There is a part of me that says war is never a game and is never entertaining. But for most of us the 2 world wars are now just stories we read, not something we experience daily like the poor citizens of Aleppo. 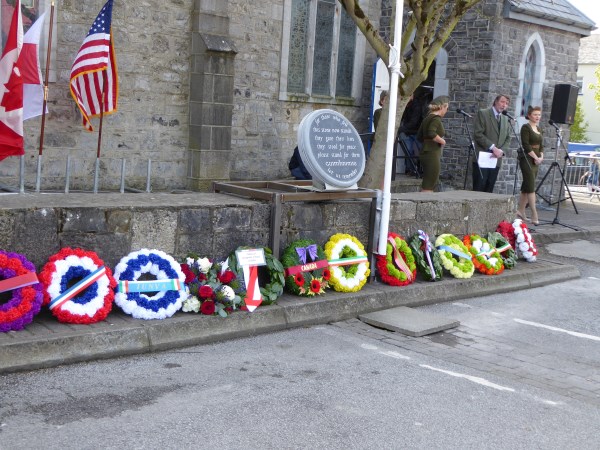 The wreaths were still in The Square reminding us of the real fallen soldiers as the mock soldiers assembled for the mock battle. 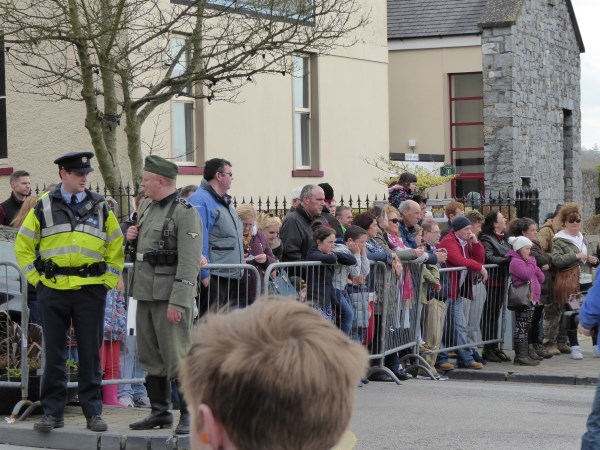 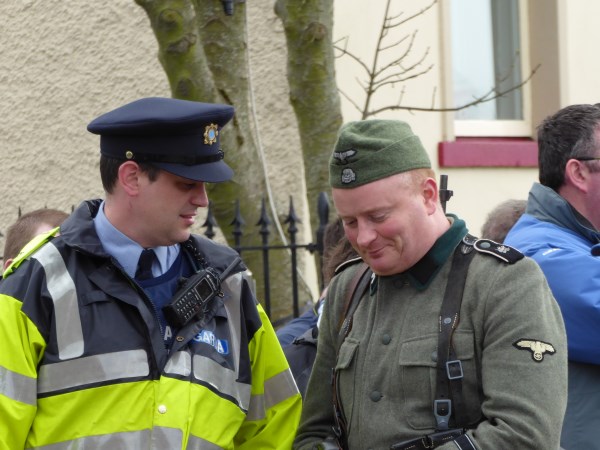 At the corner by the castle a real guard talked to a fake soldier. 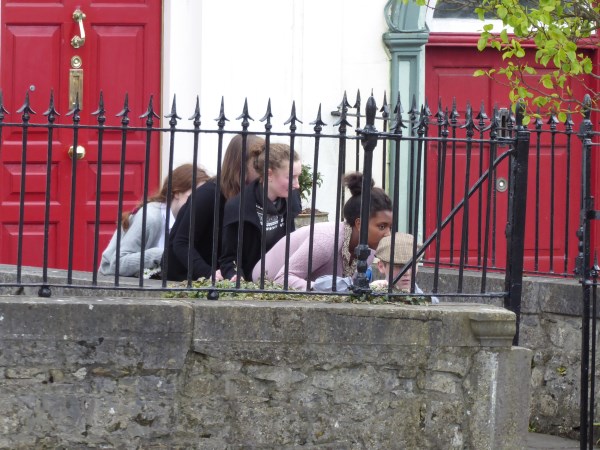 The citizenry cowered in doorways. 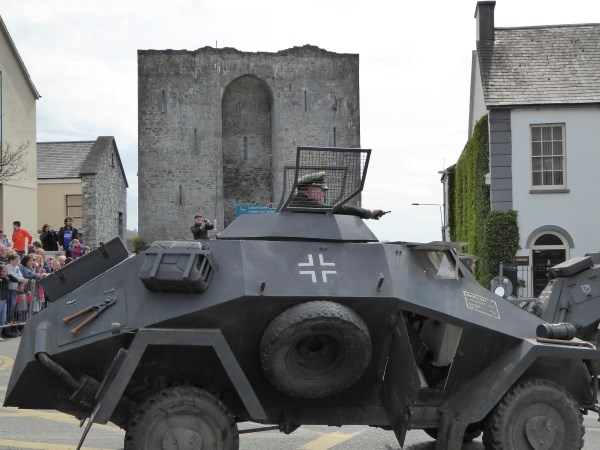 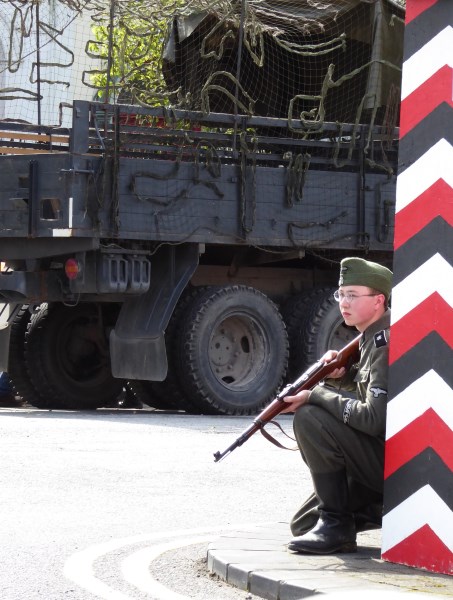 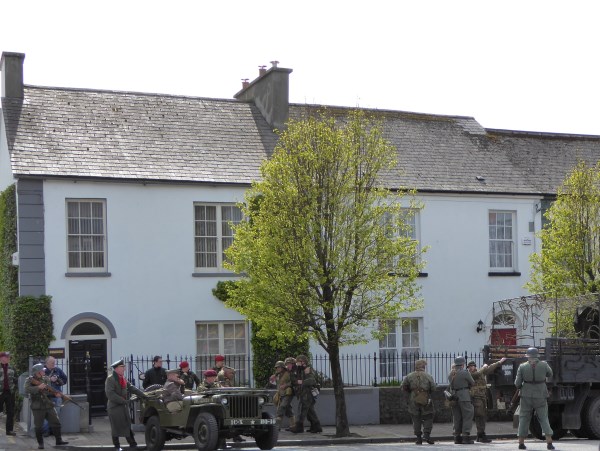 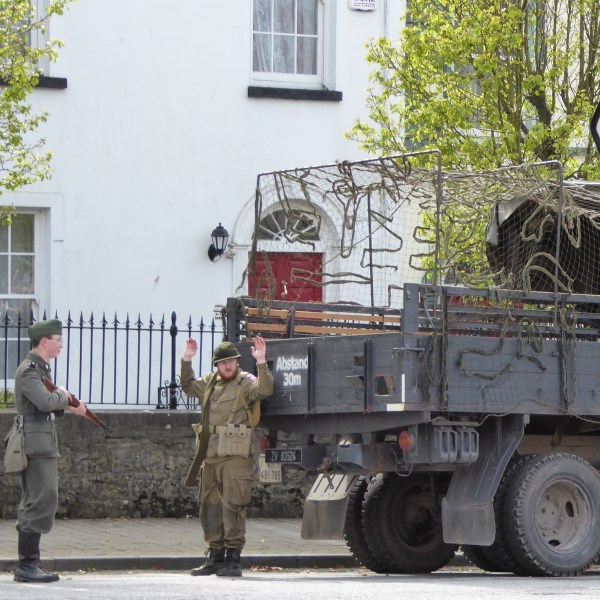 Prisoners were taken and the enemy rounded up and carted off. 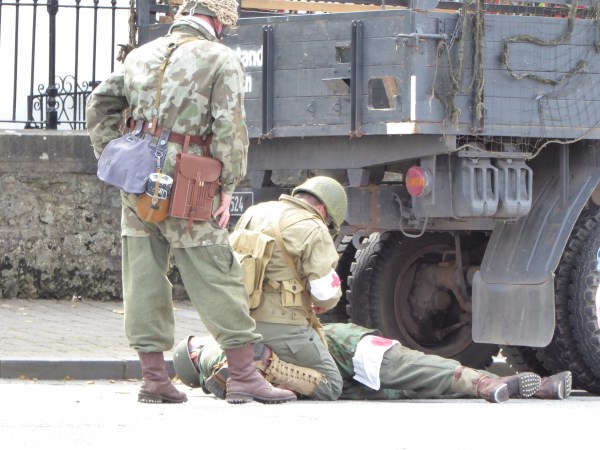 Medics attended to the wounded. 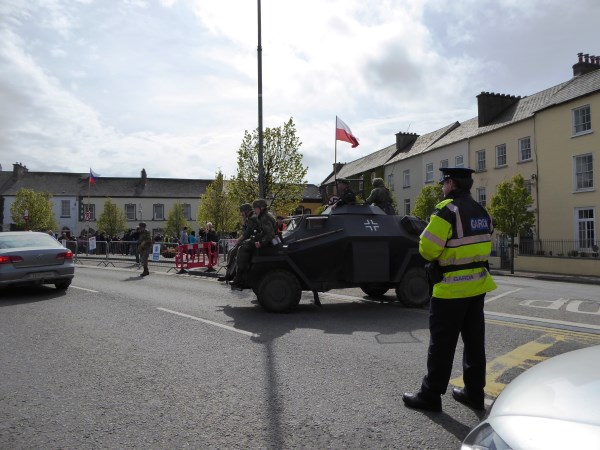 Human of Listowel I met in Town at the Military Weekend 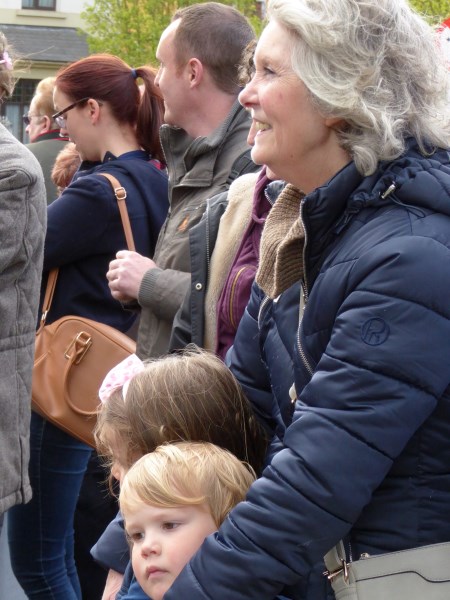 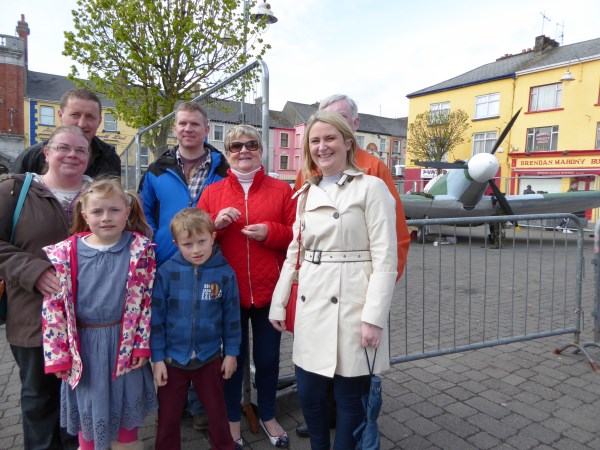 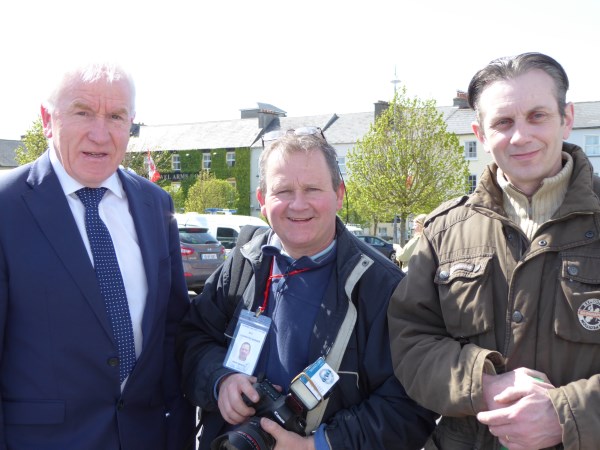 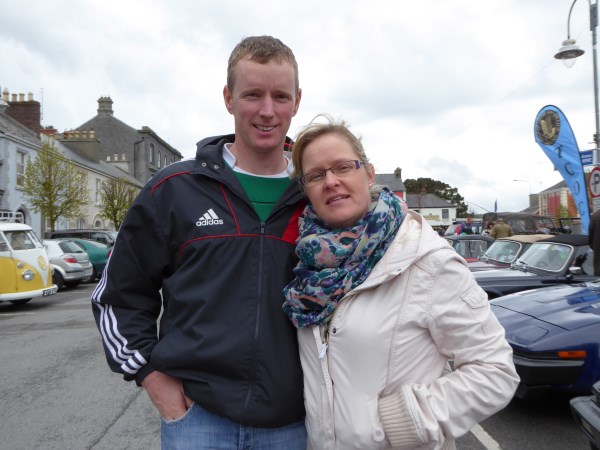 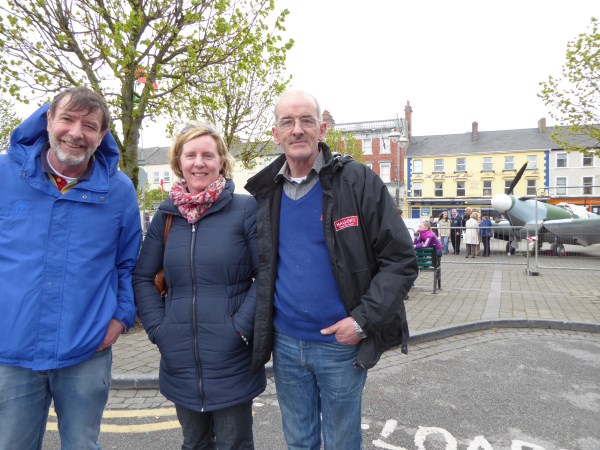 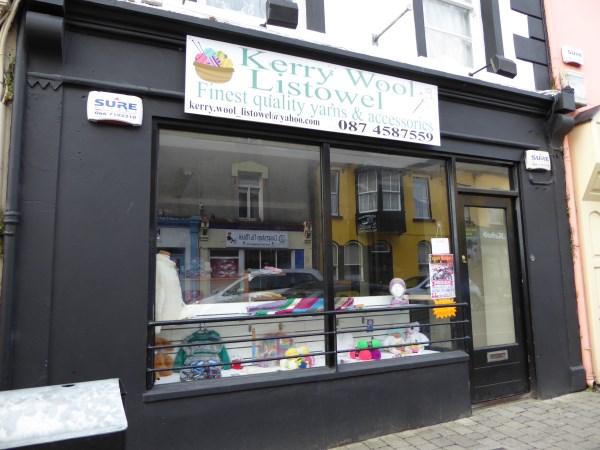 This business is now on Church Street.

Meanwhile in Kanturk new life is welcomed to the Stable 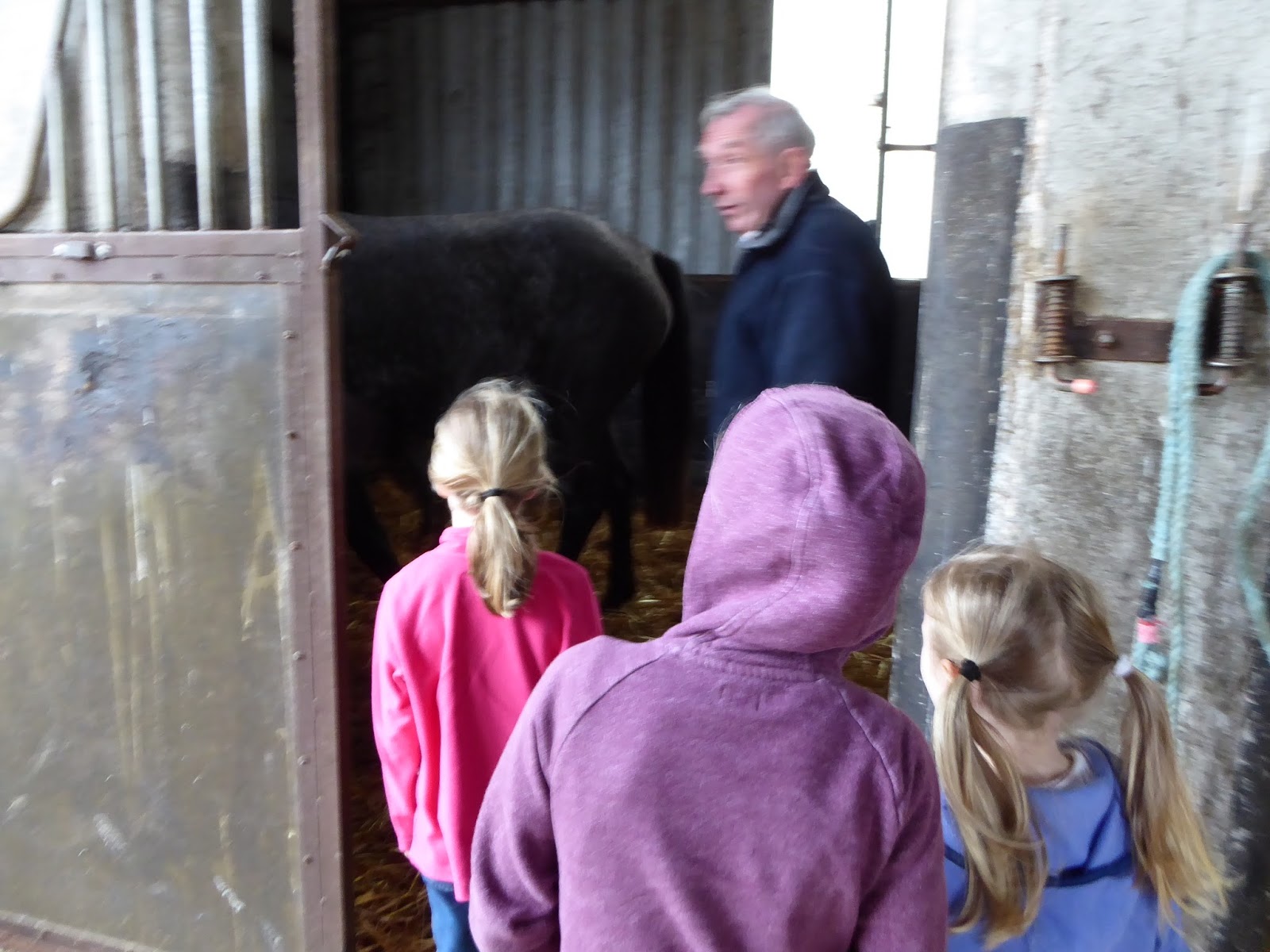 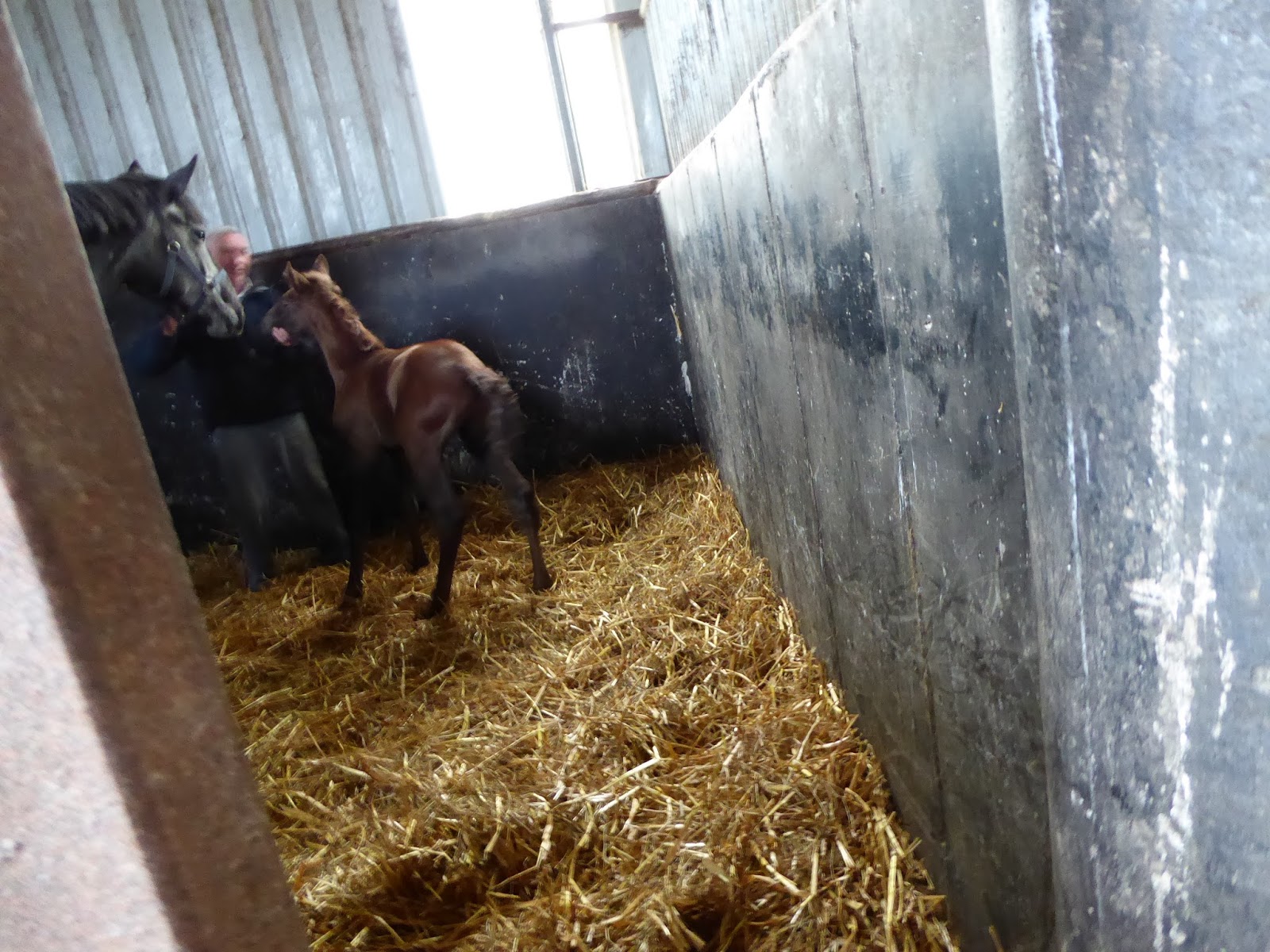 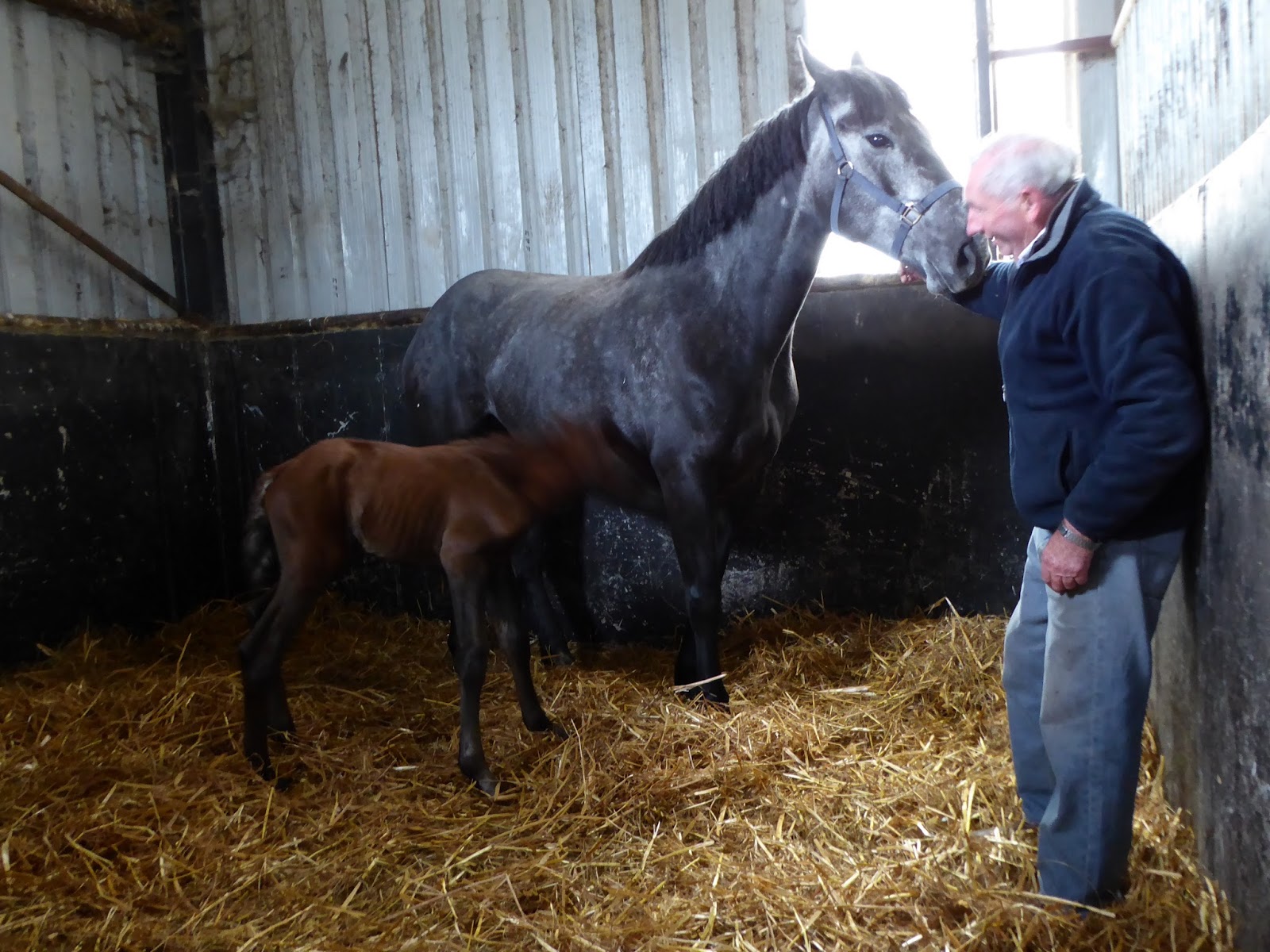 My brother’s lovely mare and her foal are just getting used to each other. She is an inexperienced first time mother but she is learning fast how to care for her very handsome foal. He was just a day old when we visited and Mammy was still a bit unnerved by all the attention.

You’ll be sorry if You Miss this

On Weds. May11 2016 in St. John’s a great DVD will be launched. Sales on the night are in aid of Kerry Parents and friends.

The DVD is a celebration of Listowel, its wildlife and its people. It is a compilation of the work of Charles Nolan and John Lynch, two of Listowel’s greatest documentary videographers.

Among other things it features the wildlife on the River Feale, Patrick Hickey making a shoe and the funeral of the great dancing master, Jerry Molyneaux.

The soundtrack features  some of today’s best local musicians.

For those who can’t make it on the night, the DVDs will be available to purchase in local shops