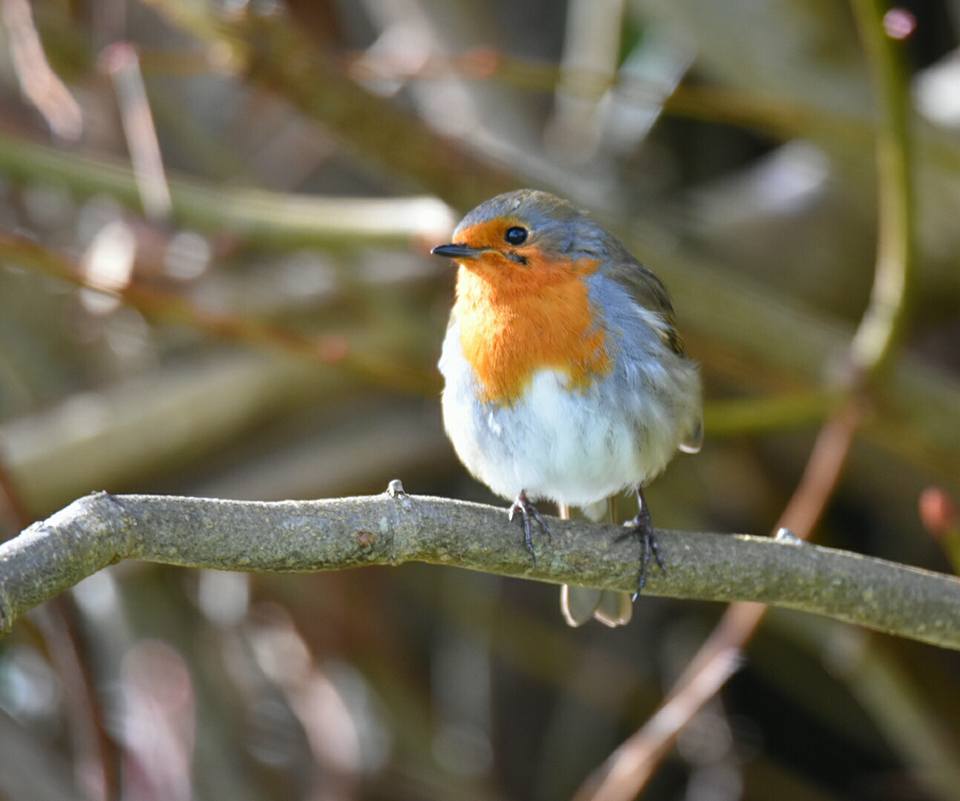 Chris Grayson snapped this robin in The National Park in Killarney last week. 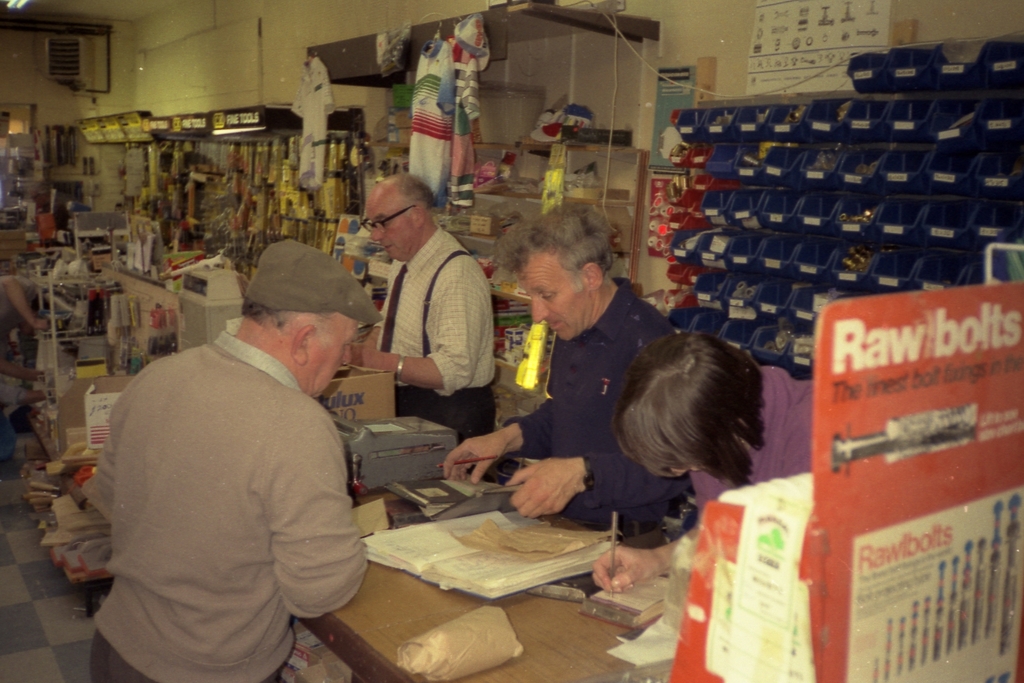 From a Land Down Under

All over the world there are Listowel people searching for their roots. I am always delighted when someone makes contact to say that Listowel Connection has helped in that search. Here is an email I received from Nan Bailey in Queensland.

“I found your blog Listowel Connection this evening when I googled Glanderry, Ireland to see just where it was. I still don’t know, but presume it must be in the Listowel district.

My Fathers Mother, Mary Donoghue was born in Listowel area as were several of her siblings and tonight, for the first time I saw a baptism record for one of them in Family Search, that had Glanderry named as the Fathers place of birth.

This is the first time I have ever seen where my Great Grandfather John Donoghue was from and I was stoked. They were supposed to have lived at some stage above a post office, but I only have that 3rd hand, so don’t know exactly where

I have subscribed to your blog and am looking forward to reading more about Listowel and the surrounding area and learning about where some of my Irish ancestors come from.”

I know I have lots of Donoghue and O’Donoghue followers who might just be able to help Nan in her search for her Listowel connection. 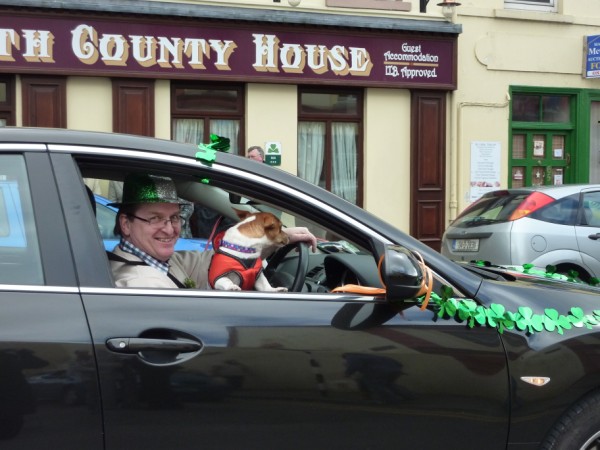 Shenanigans at a Hooley in Listowel in 1839

Dear Mr. Editor.—A
series of political dinners have been given, during the past and present week,
in our town and neighbourhood; But the grand coalition festival of that exotic
and eccentric Maurice Mac O’Connor to Morgan O Connell, M.P.; Pierce Mahony,
ex-M.P.; John Cronin of park; Rev Mr Harrington, C.C.; Rev Mr Simple, C.C.; Mr
Marshall, Auctioneer and many others.

The letter goes on to explain the
expensive and lavish preparations, items from Limerick and ornaments, wreaths
and greens from Ballinruddery , used in decorations. Their motto was “Céad
Míle Failte.  Being market day many came to admire the show.

Pierce Mahony
spoke in very dull and prosy language. Morgan O’C admitted that Tories had
political interests to support and rights to contend for, as well as the
Radicals. Third Toast was The National Board of Education and Fr Mahony who had
recently erected a school, but later on in the letter, it noted that the school
was, not finished yet and badly needed to educate the children who had bad
habits wandering around the Market place.
Mr Marshall speaking under the influence of spirits, it was alleged, mentioned Mr Mc O’Connor being good at feeding pigs and jack asses. Ned Cain
gave an explanation the following day about the exaggerated speeches…. 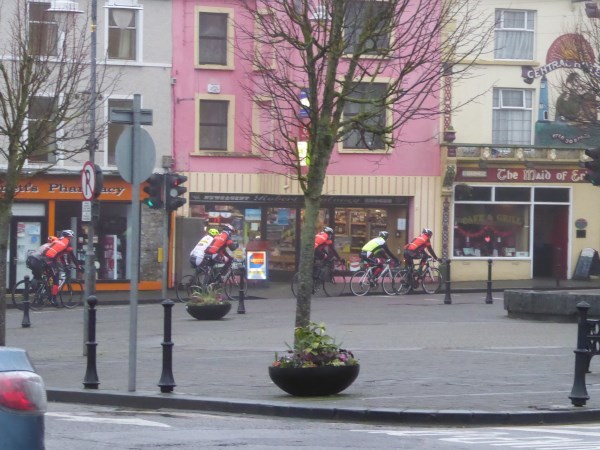 Early one Saturday morning I snapped these cyclists pedalling through town on their weekly training spin.

Today has dawned bright  and dry in The Kingdom. It’s a “Good morning, God” rather than a “Good God, morning!” sort of day.

My story for you today was sent to me by Jim Horgan of Pennsylvania. Again it’s a story of an emigrant who prospered in the U.S. but who never forgot his Irish roots.

Andrew Joseph Horgan was born in Glenderry, Kerry on 5-December 1876 to John Horgan(1843-1921) and Johanna O’Sullivan (1842-1944) of Lisselton.  Andrew was the 3rd of 8 children and emigrated to America in 1901.  Ultimately, five of the eight children went to Pittsburgh and three remained in Ireland.  Andrew arrived on the SS Cumric to Ellis Island on 23 April 1901 with his cousin Michael.    He made his way to an uncle in Pittsburgh, Pennsylvania and found work at the Glenwood Shops of the Baltimore and Ohio Railroad.  He worked alongside his cousin Patrick (1877-1956), son of Michael Horgan(1850-1908) and Julia Savage (1850-?) from Tralee. On 12—April 1904 Andrew married Catherine Brosnan daughter of Daniel Brosnan (1830-1890) and Ellen Sheahan (1838—1917) from Islandanny, Duagh.  In 1910 Andrew was promoted to supervisor, but left the B&O during the railway strike of 1911.   He then went to work on the Monongahela Connecting Railway until his retirement.  His sons, Andrew Jr. and Timothy worked on the same railroad for 40 years each.  I am currently in my 37thyear on the railroad, and my son Patrick is a 4thgeneration railroad man, having started a few years ago.

Andrew and Catherine had the following children:

Andrew Horgan and Katherine Brosnan now have 91 descendants who were born in America.