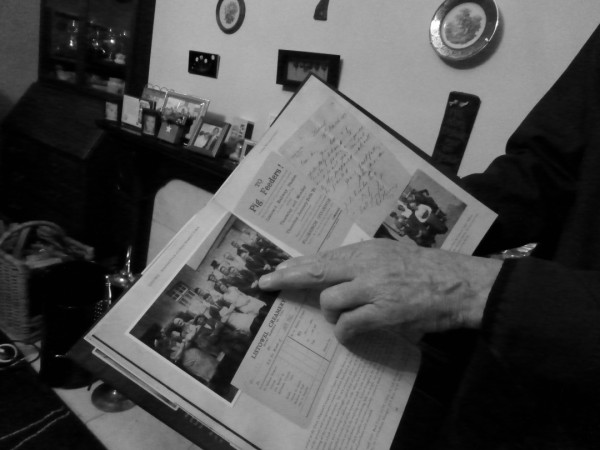 Sunday next, Listowel Arms 5.00 p.m. Everyone welcome to the launch of Listowel; snapshots of a market town by Vincent Carmody. 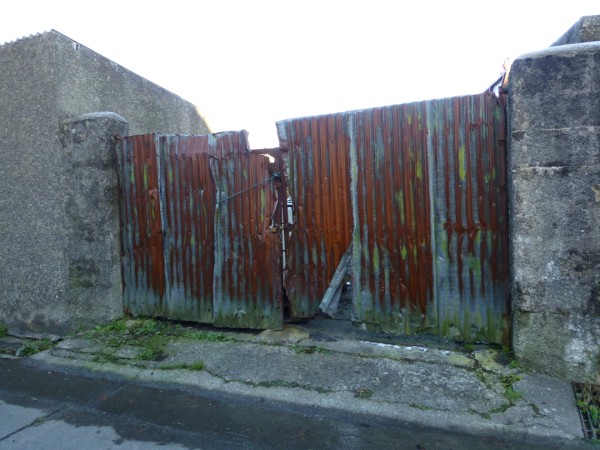 A gate that has seen better days in the back lane behind Market St. 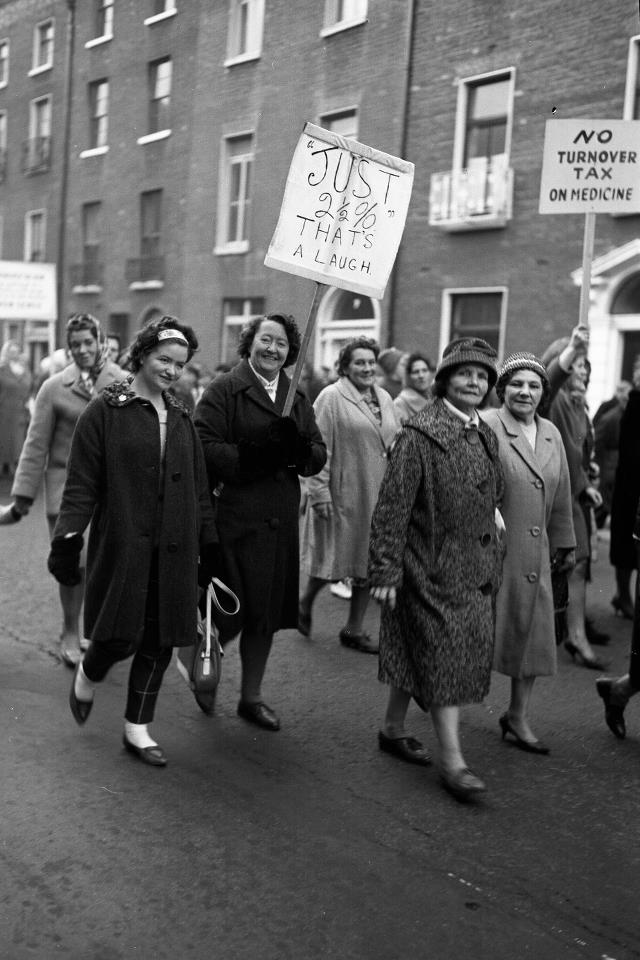 This is a protest march in 1963 against turnover tax. After Wednesday’s budget will we be seeing more of this sort of thing on our streets.

Sean O’Connell in New Zealand came across this  tragic story in an old newspaper and he has shared it with us. I wonder if any one had heard the story before. Surely it was talked about for generations.

A correspondent of the Dublin Evening Mail furnishes the following details of a lamentable loss of life which recently occurred in the county of Kerry:—

“Ballybuanion, situated about eighty miles to the south-west of Tarbert, in the parish of Liselton, in Kerry, is a conical hill, on a denomination of college property called Gughard. The hill is about 200 yards from the base to the summit, which is surmounted by an ancient fort. On a lower position, at a distance of about a quarter of a mile towards the west, is another fort.

As some men were raising stones at the foot of the hill in a line between the two forts, they came to a vertical aperture of about two feet square, like the entrance of a vault, and about six feet below the surface of the ground. On the same day and the day after, some boys entered the opening, and having advanced for four or five feet they returned in safety. The day after that a young lad named Bunnian and a boy named Kennedy entered; they not returning so soon as was expected, the people outside became alarmed, and at length the tidings reached Kennedy’s father, who was working at a lime-kiln at some short distance.

The father hastened to the spot, and at once entered; but not returning three young men, named Hennessy, Coghlan, and Sullivan, followed to seek for their friends. The day passed over, and the night came on, and still none of the six persons appeared. The following morning thousand assembled at the fatal spot. Several ineffectual attempts were made by the Roman Catholic curate and others to extricate the bodies, and at length, about six o’clock p.m., a powerful young man named Bunnian, a distant relative of the first-named person, headed a party of six, who entered. They proceeded through the narrow pas- sage before described, and at a distance of a few feet were able to stand nearly erect; thus they advanced through four cellars, each about six feet long, connected in a circuitous direction by narrow apertures, the walls of the cellars being formed of grit-stone, overlapping each other. Having passed through these, the party reached a straight hall, about 12 feet long, at the end of which the leader (Bunnian) struck upon one of the bodies they were seeking. He proceeded to drag out the body, and the rest of the party were returning before him but immediately after they heard the body drop from his hand, and himself fall on it, gasping in a state of suffocation. At this time Lyons, one of the party, dropped, and Casey, another of them, succeed in bringing him out alive. A secoud of the party was overpowered, and he was, likewise, saved by another. Poor Bunnian was lost.

Thus passed to-day (Monday), the people dug down over the place where the party who escaped led them to suppose the bodies were, about 30 feet from the original entrance. They there found the body of old Kennedy, with his arms clasping the body of his son, and near them the body of Bunnian, who entered with the latter. The fresh air being admitted through the cellars, others entered and released the bodies of the other Bunnian, and Coghlan, Sullivan, and Hennessy.

It was heart-rending to see the widow of Kennedy throw herself, in a state of distraction, on the coffins that contained the bodies of her husband and her son as they lay on the road in front of her cabin—they were her only support. Coghlan aud Sullivan were step brothers, and their common mother is in her second widowhood, having survived both her husbands. The elder Bunnian also left a widowed mother to deplore his untimely end—she lost three daughters last year on their passage to America. Casey and the rest of the party who entered with him deserve to be rewarded for their exertions.

The property on which the disaster occurred is held under the college by the representatives of the late Mr Maxwell Blacker, Queen’s Counsel.”

I received the following email looking for your help.

I am wondering if you would post the attached photo to Listowel Connection website.  The photo was found among my great grandmothers treasures long after she died.  I have been trying to find someone who would be able to identify the women by the Bridge.

Thank you in advance for your help. 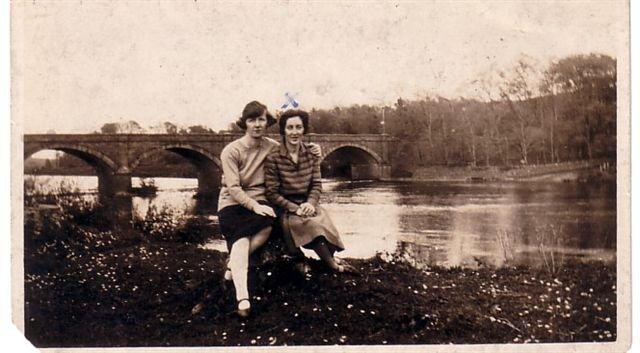