The Best Free Entertainment in Town 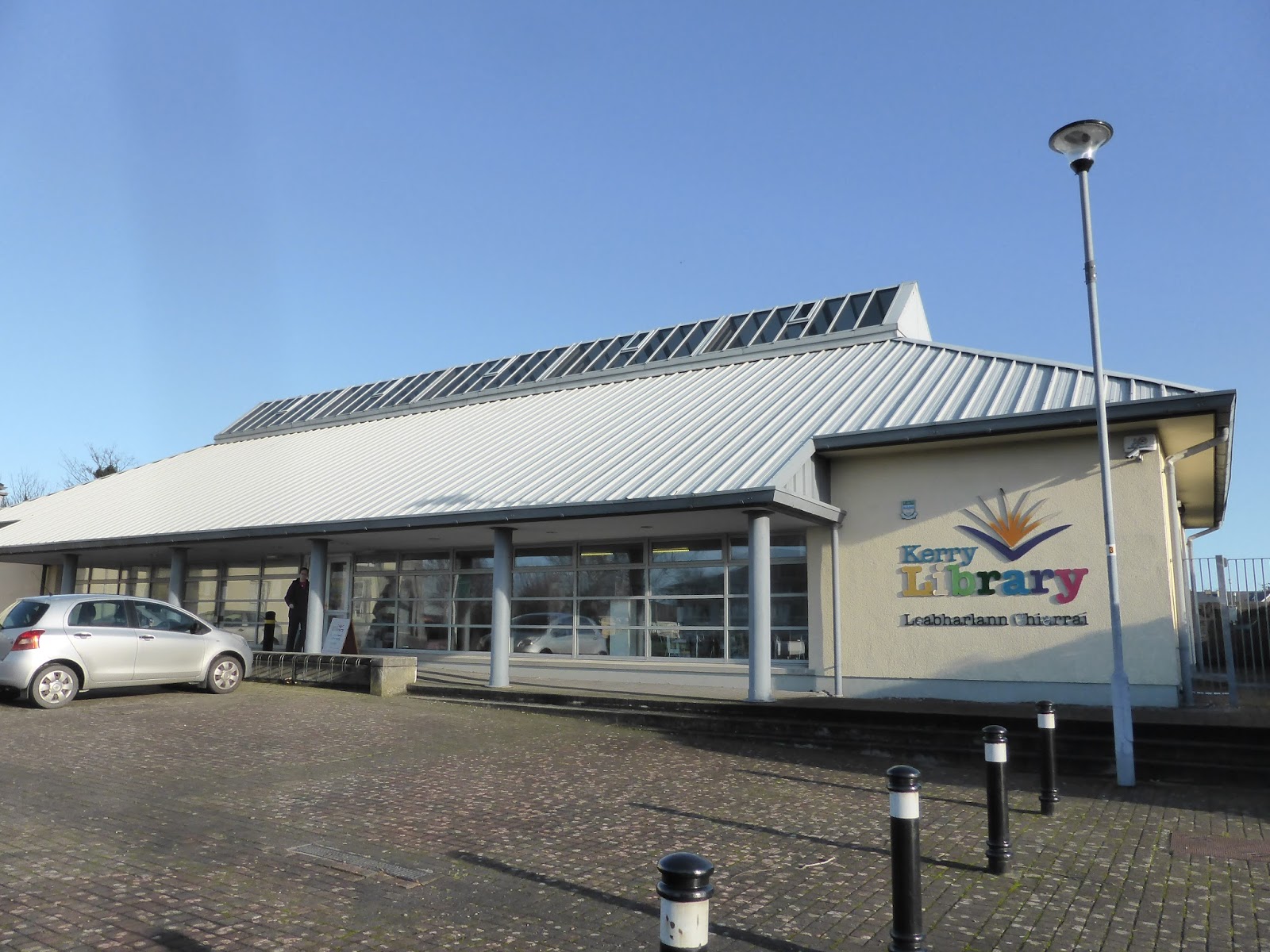 This is the Listowel branch of Kerry County Library. Membership is free for everyone. There are books on every topic, magazines, newspapers and computers to keep you busy for hours. It is one of the most valuable resources we have in town. If you’re not already a member, drop in and join. It’s free.

Another Loss to Church St. 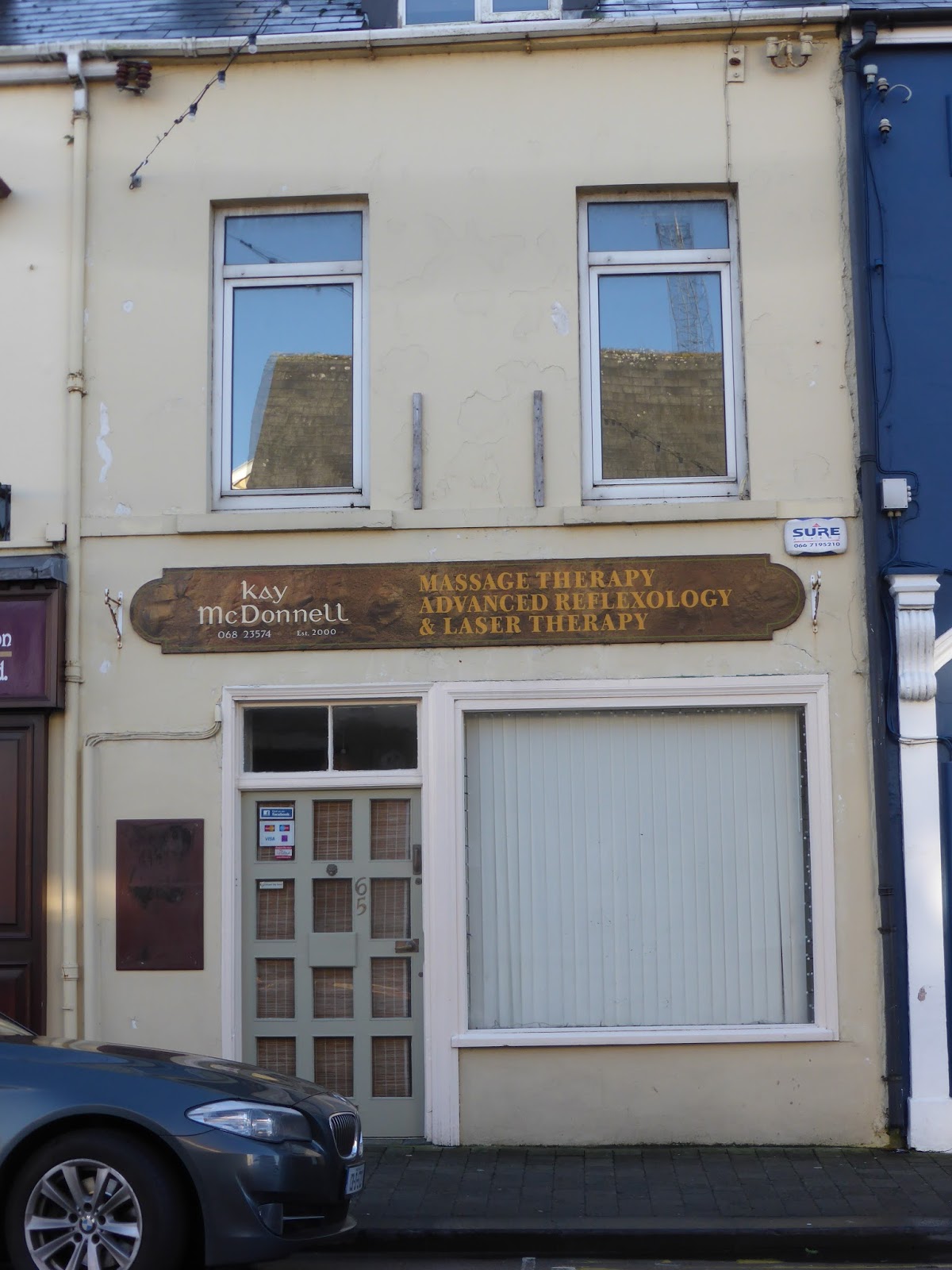 This business has moved on from here.

Every now and again people contact me who are searching for their Listowel ancestors. I am not the right woman for this job at all. Kay Caball of My Kerry Ancestors is the expert in this area.

“Popular
surnames in Kerry can be the cause of a lot of head scratching when searching
for Kerry Ancestors.   O’Sullivan, O’Connor, O’Connell, O’Donoghue,
Fitzgerald, Stack, McElligott, Murphy, Walsh families are thick on the ground
and when these surnames are combined with the traditional naming patterns of
sons and daughters, identification of YOUR family can be a bit fraught.

Have I any hints to help you identify the correct family?  I have been
giving this some thought lately. I have been researching the family of William
Walsh who was living in Janesville, Wisconsin in 1860[1].
His descendant Molly had done sterling work going through U.S. records
and found a William Walsh living in New York in 1855[2].
This Census stated that William was aged 30, Head of the Household, lived with
his wife Honora (20), his son Michael (0) and his mother Joanna (54) Widow,
and his brother John (17).  While we would have to discount all
these ages as only approximate (with the exception of Michael, born in N.Y), we
have really good stuff here – William’s mothers’ name and a brother’s
name.  And most importantly, William’s first son is called ‘Michael’, from
which we can almost certainly take it that William’s father’s name was also
Michael.  See Kerry
traditional naming practices.  All are ‘Born in Ireland’ with
the exception of Michael…….”

You can read the rest of this very interesting tale HERE

My quest today is not for ancestors but for descendants or other living relatives.

The request comes from a lady called Tracey Beckley who lives in the Isle of Wight.

Our first person of interest is Henry Lacey from Listowel who married Honora Hickey sometime in the 1920s. Honora died in 1932 leaving Henry with 6 children to raise. The youngest of the family was Mary, Tracey’s mother. Mary was adopted at age 4months and she never met any of her siblings nor did she know what happened to any of them. Henry emigrated to Coventry in England at some point. We know this because Tracey has got his death cert and this is given as his address.

Tracey is anxious to make contact with anyone who might remember this family or know anything about them or where they went. She sent me 2 photos, one of Henry Lacey and another of Edward Lacey, one of his sons. 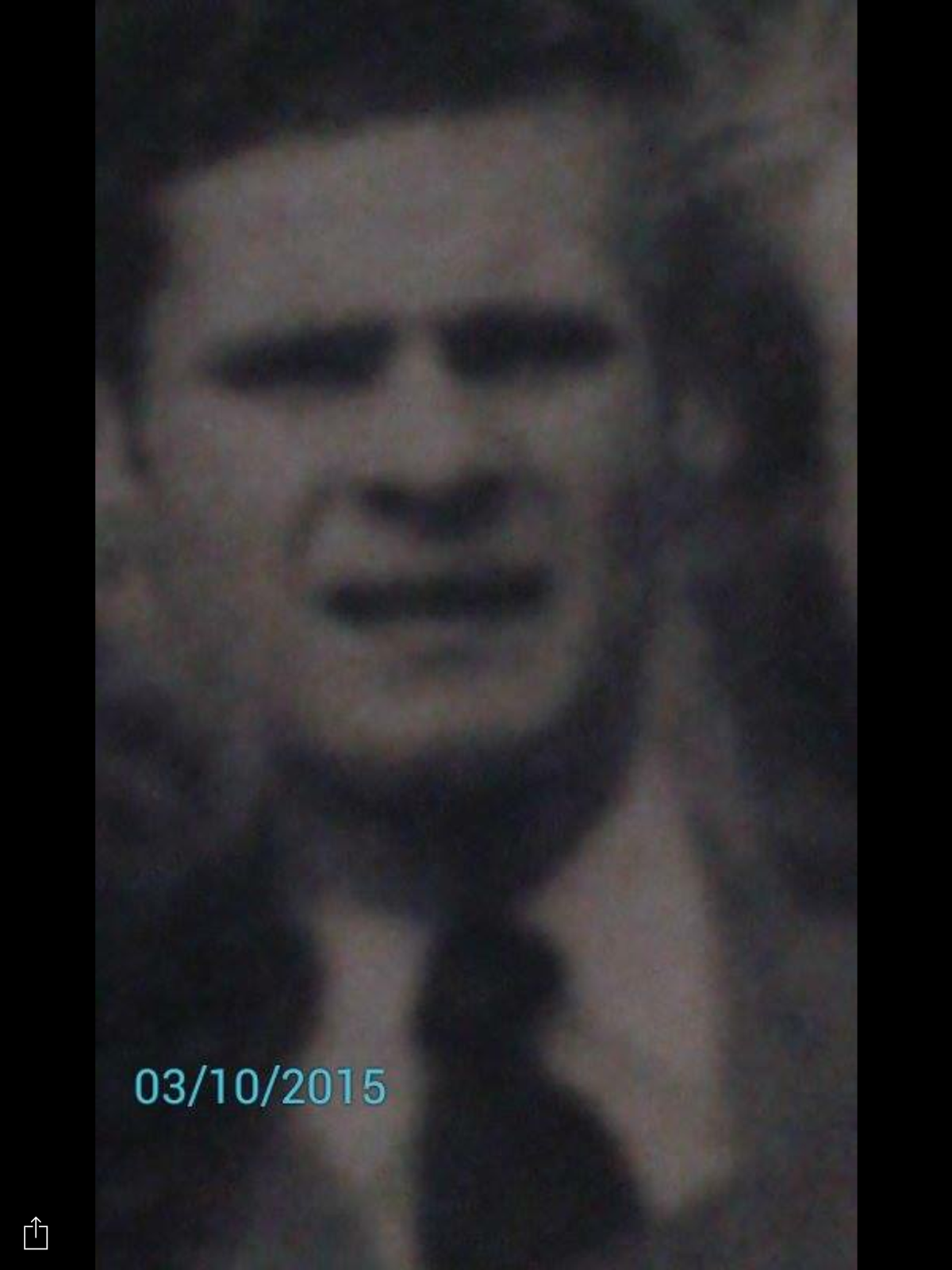 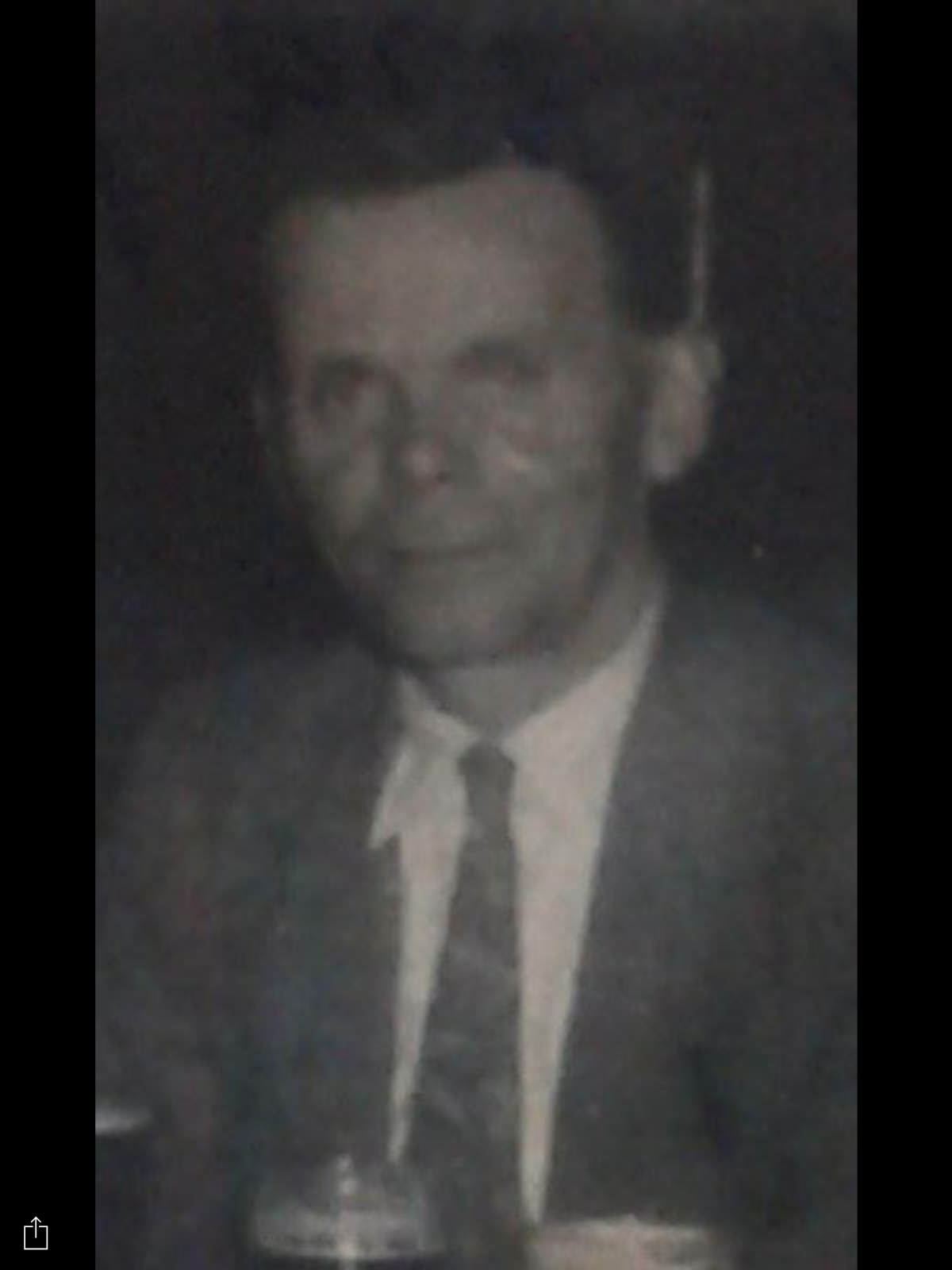 A Limerick or 2 from The Master ; Dan Keane R.I.P.

An illiterate poor fellow in Cahir

In his whole life had only one prayer

When he went on his knees

It was certain to please

A lady whose name is Eileen

Her house it is spotlessly clean

And their family grew up in Trien.

The End of the Line 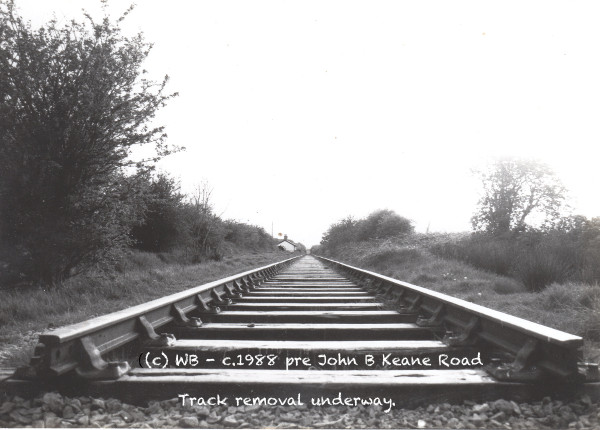 Warren Buckley took this photo  1988 as the tracks were being lifted from this stretch of line which is now the John B. Keane Road.

Warren writes,  “My recollection is that it I took the photo near where ALDI is now. The vertical line left of the gate house is the mast that the ESB had in the field opposite Cherrytree Drive.”