This is Mr, Jiggs happily grazing in his field in Kanturk. He didn’t win any competitions ( He didn’t enter any). He is included in the blog today because it’s summer, a slow news day and he is an auld pet.

Morning has Broken by David Kissane

What a different world it was in May 1972! The carnivals were in full swing and some of our class went to Finuge Carnival to have a fling before the exam. Some even got lucky! They said. And others pushed it to the limit and took one of the many buses that shunted to the dance in Shanagolden on Saturday May 20th. Some craic on that bus on the way there. Bigger craic on the way home. Even a few students headed for the “Gay Bachelor Festival” in Ballybunion during the Leaving Cert to help alleviate the stress of revision. Yeah right.

And there was the 13th of May fair in Listowel. An ancient event no doubt inspired by the festival of Bealtaine. The fire-festival of Baal. Horse dung and life all over Market Street. Women who still wore scarves, even shawls and men who wore caps and spit on their palms and bought and sold. Visits to the Bargain Stores and Cavendish’s. Echoes of Kavanagh’s “shops and stalls and markets and the Oriental streets”. Child of Prague statues and duffel coats and a glass of Guinness in Stack’s Hotel. Chats in The Sheebeen.

The balladian beauty of a fair day. The exotic came to town.

We watched it all on our way down to the school bus in the evening.

Listowel Writers’ Week was also coming to life in that year and John B Keane and Bryan MacMahon were to the forefront in the town where big crowds were gathering for the novel festival. Some day, I said to myself…but I recall spending a half-day-off down by the river rather than attending any of the festival’s talks, in the belief that you need something to write about before you can write about it!

And what about the clothes we fellas wore both at school and after. No uniforms. Boots if we could afford them under bright-coloured bell-bottom trousers and orange-coloured shirts with massive collars. Ties straight from Woodstock akin to the wildflower gardens of today. Peace man! Polo-necks and tank tops were a speciality. The polo-necks were a divil in a sweaty ballroom. The heat rushed up to the neck and had nowhere to escape. Thank god for the Hai Karate anti-perspirant. Strong as a horse it was but a right hoor for attracting doctor bees if you laid down in a meadow of a Sunday afternoon. Then there was the hair! Long and wide and directionless. Like furze bushes on a windy night. Side-locks that would sweep out the stall for you.

While study was more in our minds than most other things in the latter months of our second level education, we were glued to our one-channel TVs for major news events. The deaths of 13 people in Derry on Bloody Sunday on January 30th was a riveting event and was discussed in our class at length. A suggestion by one student that we should organise a protest fell on deaf ears. Too avant-garde for the majority. Mr Rochford organised a class debate sometime later and the event gave us the opportunity to hone our argumentative edges. A rare and educational avenue which put riches in our store.

The debates on Ireland joining the European Economic Community was a little prolonged for any dramatic focus by our heat-seeking mental faculties, but it did broaden our horizons, although 6,ooo plus people in North Kerry wanted to change the future by voting against joining Europe in the referendum that May. Interesting. Raidió na Gaeltachta was launched that year and, being a possible topic for an essay, was devoured with gratitude. Apollo 16 landed on the moon (no big surprise) in April. Black September terrorists. The Vietnam War reached an emotional peak for much of the world, and for us as we sat down to our Leaving Cert exams, when the Associated Press photographer Nick Ut takes his Pulitzer Prize-winning photo of a naked 9-year-old Phan Thị Kim Phúc running down a road after being burned by the chemical napalm. The Anti Ballistic Missile Treaty was signed between the US and Russia – it is not forgotten by our age-group what a real threat nuclear war had been up to then.

A world of hope and fear. Was it ever otherwise.

This photograph is from 1927. It shows the Greenville team, winners of the McGrath Cup. Street leagues go back a long way in Listowel.

Mr. P.J. Kenny’s name is synonymous with the organising of street leagues in more recent times. P.J. continued his involvement with the leagues in Scoil Realta na Maidine, even after his retirement from teaching.

On Monday last, June 20 2022 the school honoured his huge commitment with the presentation of an engraved vase and a special cake.

The teams that contest the leagues nowadays represent The Boro, The Ashes, The Gleann and The Country.

The 2022 senior league was won by The Boro

Ogie Scanlon was the winner of the Brendan Guiney Cup. The cup was presented by the late Brendan’s sister, Rose, and brother, Jim.

Another lovely old photo from the good folk at Tipperary Photos of Munster.

Presentation girls pay tribute to one of our iconic local writers.

Reaching out beyond Parish Boundaries

Ballydonoghue Parish magazine is a credit to everyone associated with it over the years. It is a treasure, eagerly awaited at home and abroad every year. So many of these precious local journals have ceased to publish and their loss leaves a huge gap in our tapestry of local history and memories.

I take my hat off to the good people of Ballydonoghue.

The 2022 Ballydonoghue Parish Magazine committee at a function at The Thatch, Lisselton February 19 2022.

Matt shared this photo of Vocational School boys on Facebook…no dates and no names except for Matt himself on the back left and Michael Gaine on the back right.

In Time of War

Mattie Lennon sent us this;

“Hitler was running riot through Poland with very little opposition. The cream of the British Army, battered and broken, had their backs to the sandy walls of Dunkirk. The Listowel Grenadiers of the LDF were gathered in Eddie Scanlon’s pub making feverish plans to invade Russia…..

“The Listowel LDF after much liquid discussion, in Eddie Scanlon’s Bar, decided not to invade Russia after all”.

Written by the late Sean McCarthy. 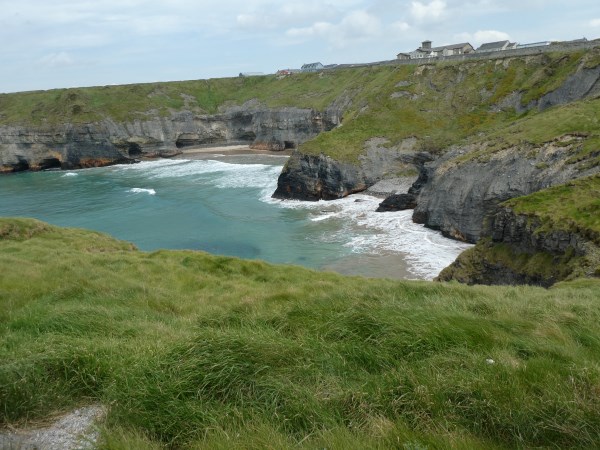 Friends of the Pollinators 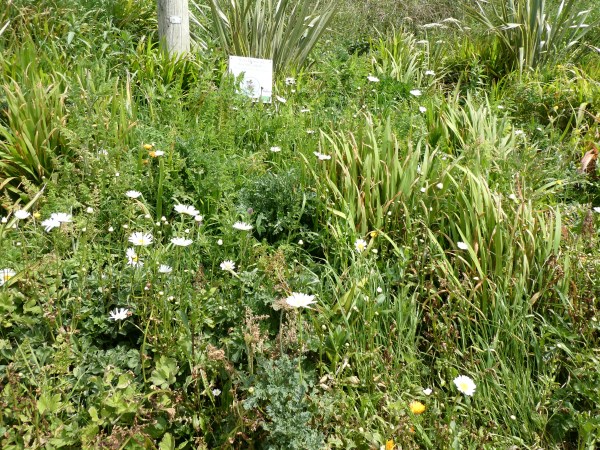 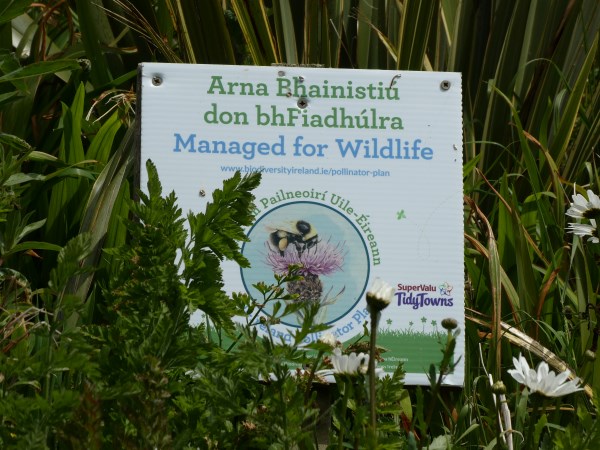 Opening Night 2019 is on Wednesday May 29 in The Listowel Arms. We had a great time last year. Here are a few photos to remind you. 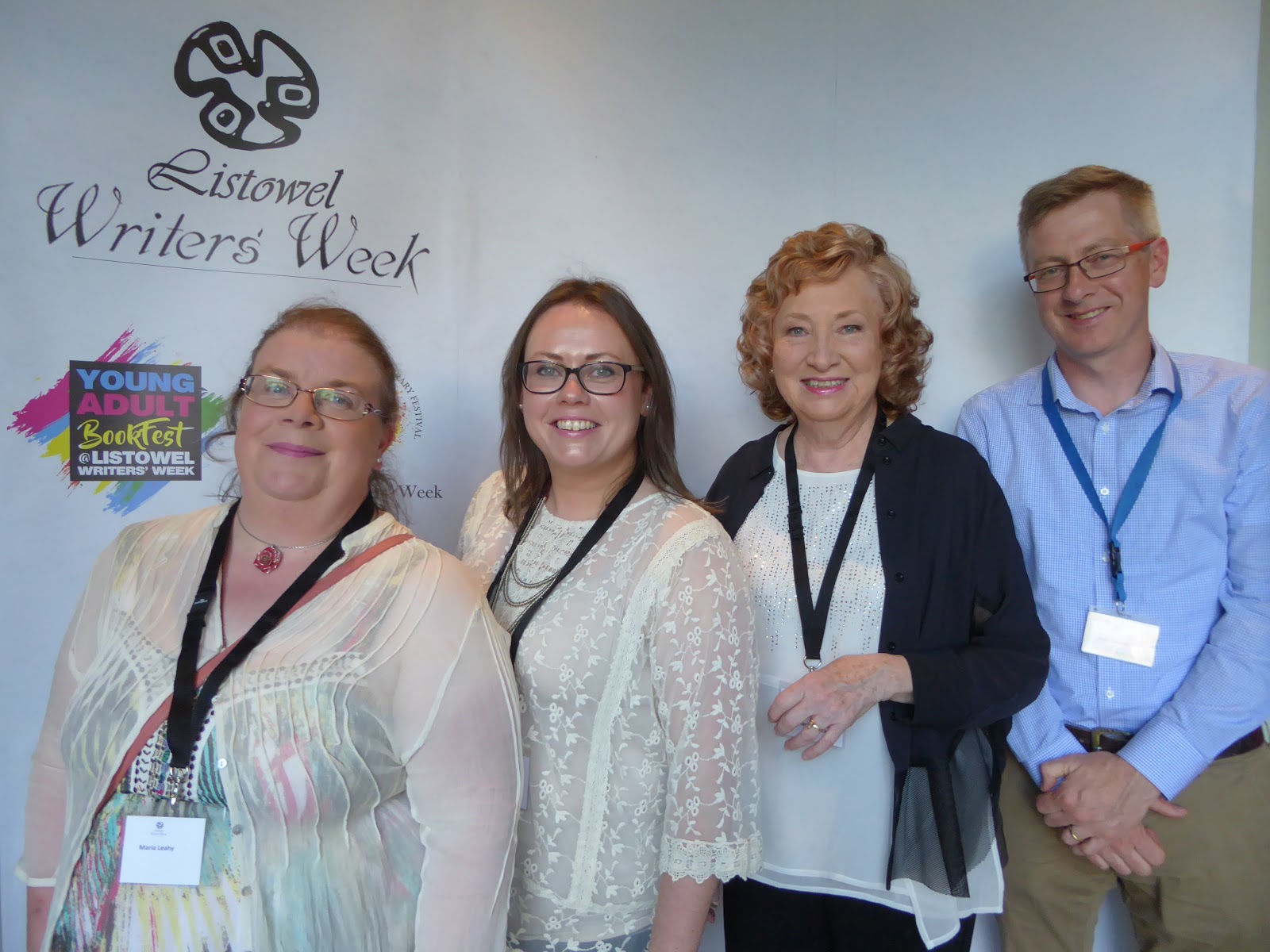 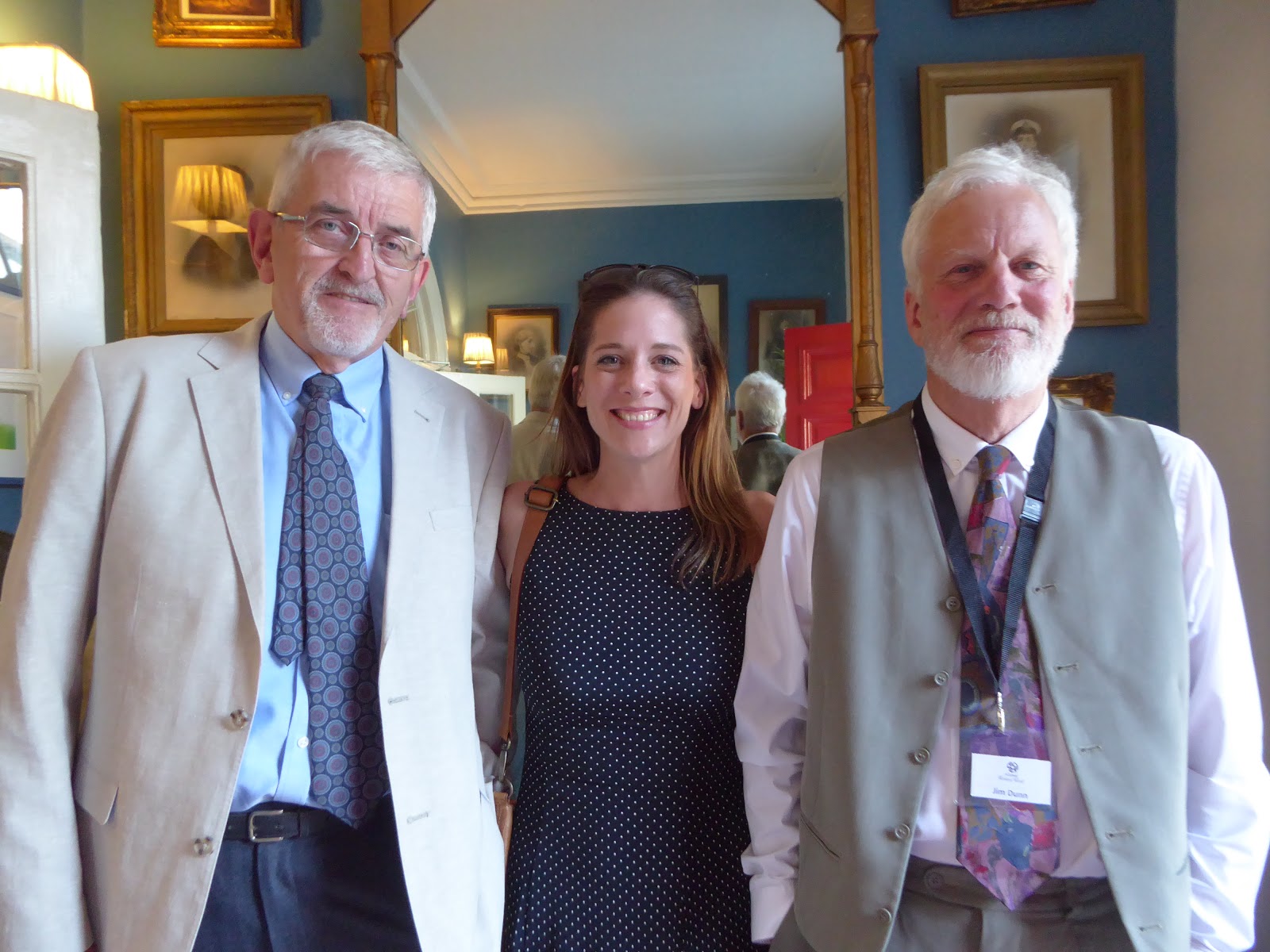 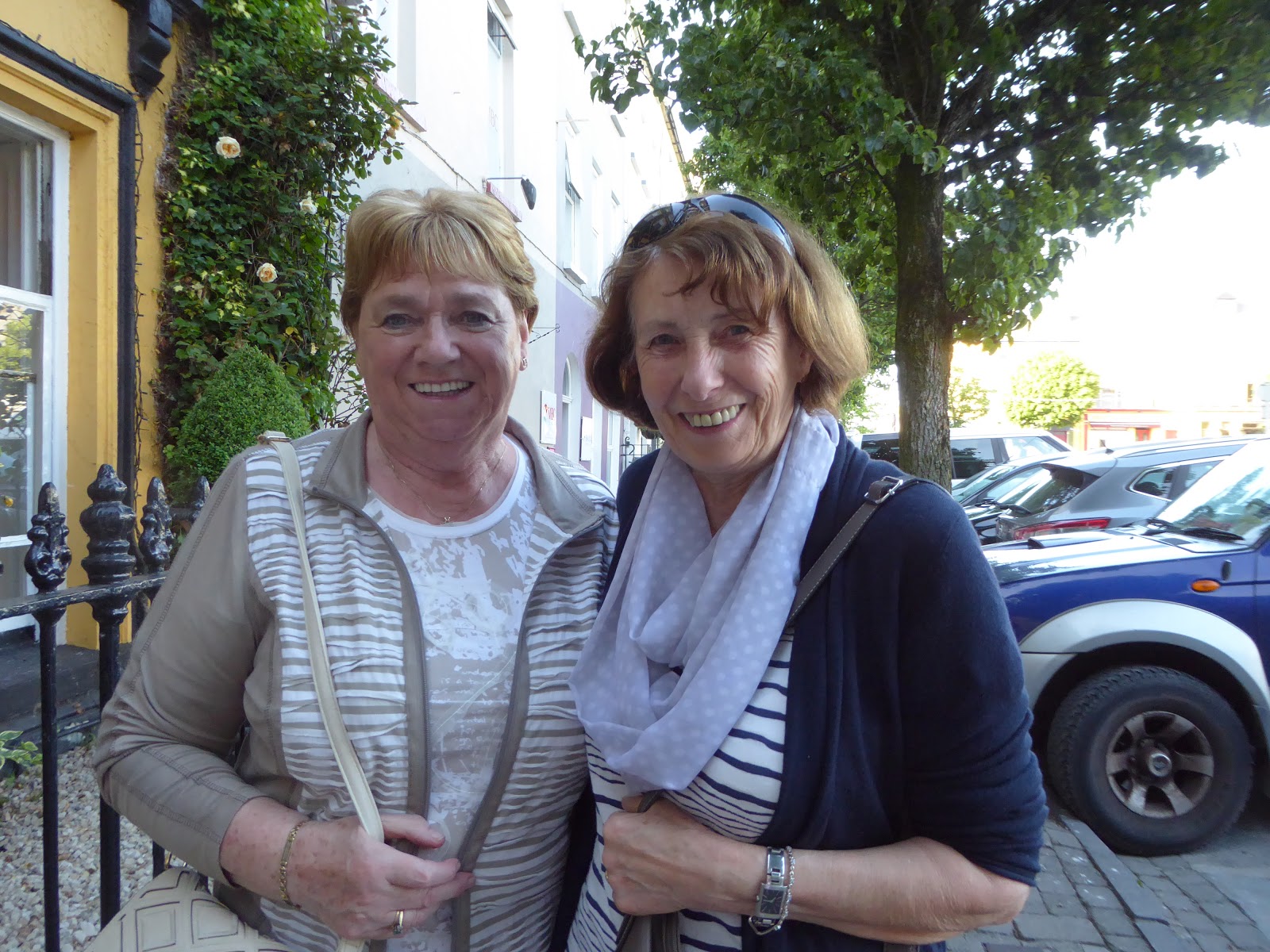 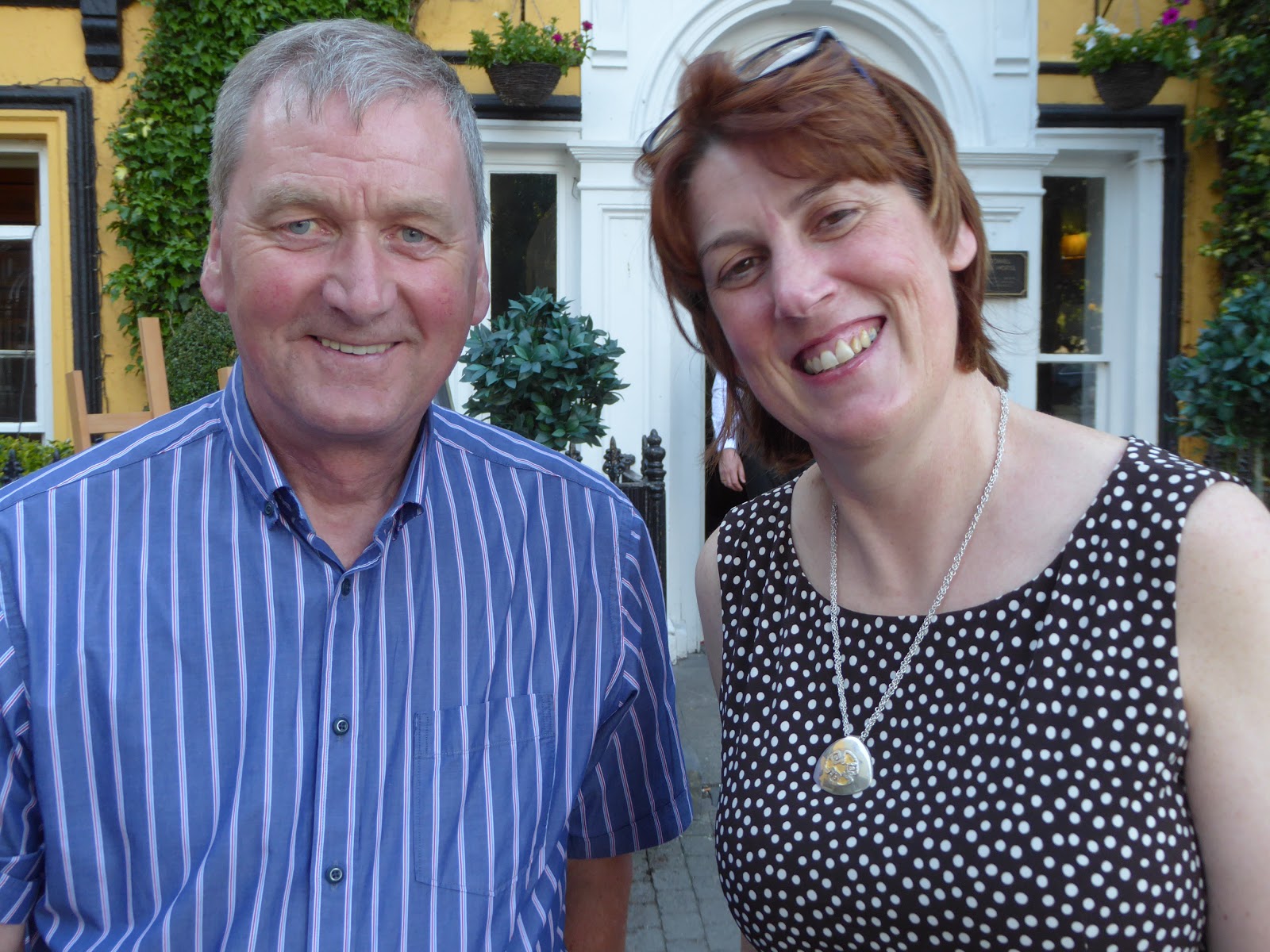 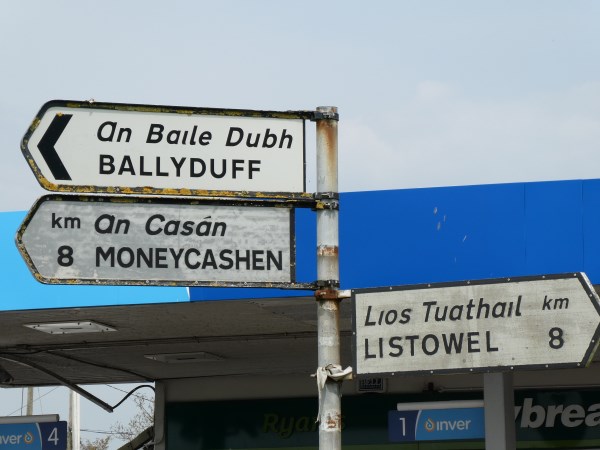 Can anyone tell me where this is and why is it called Moneycashen?

Listowel shopfronts are some of the finest in the land. Country towns are losing out to plastic signs and chain store shop fronts. Listowel stood out with its beautiful Pat McAuliffe plasterwork, its stunning paintwork and beautiful woodwork and mosaic…. I greatly fear that we are losing this unique feature. 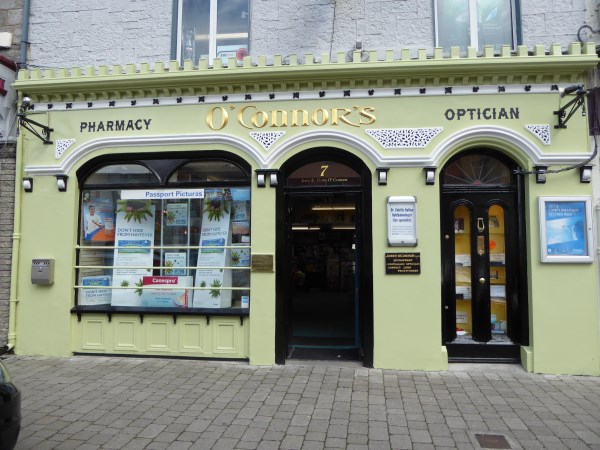 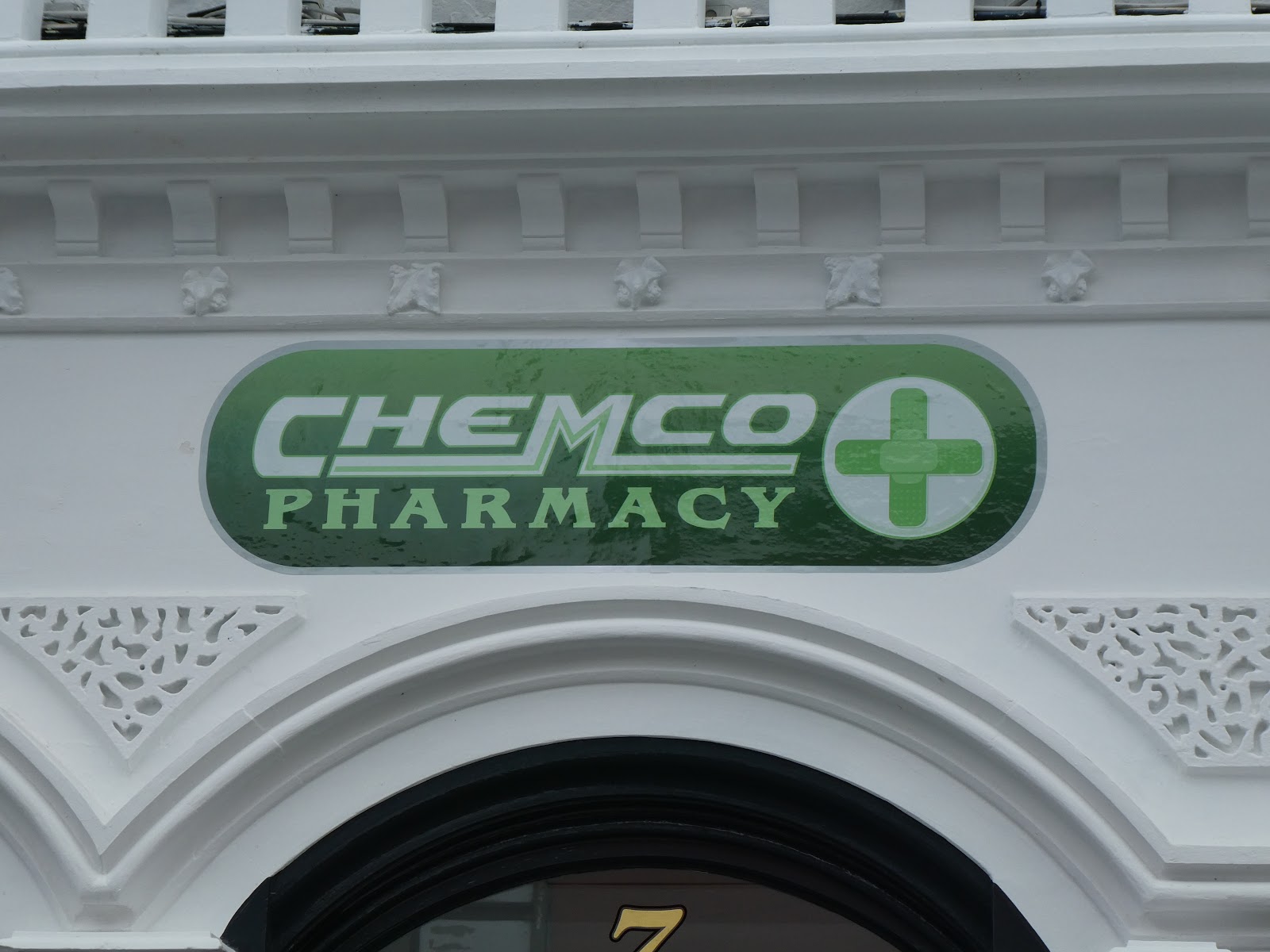 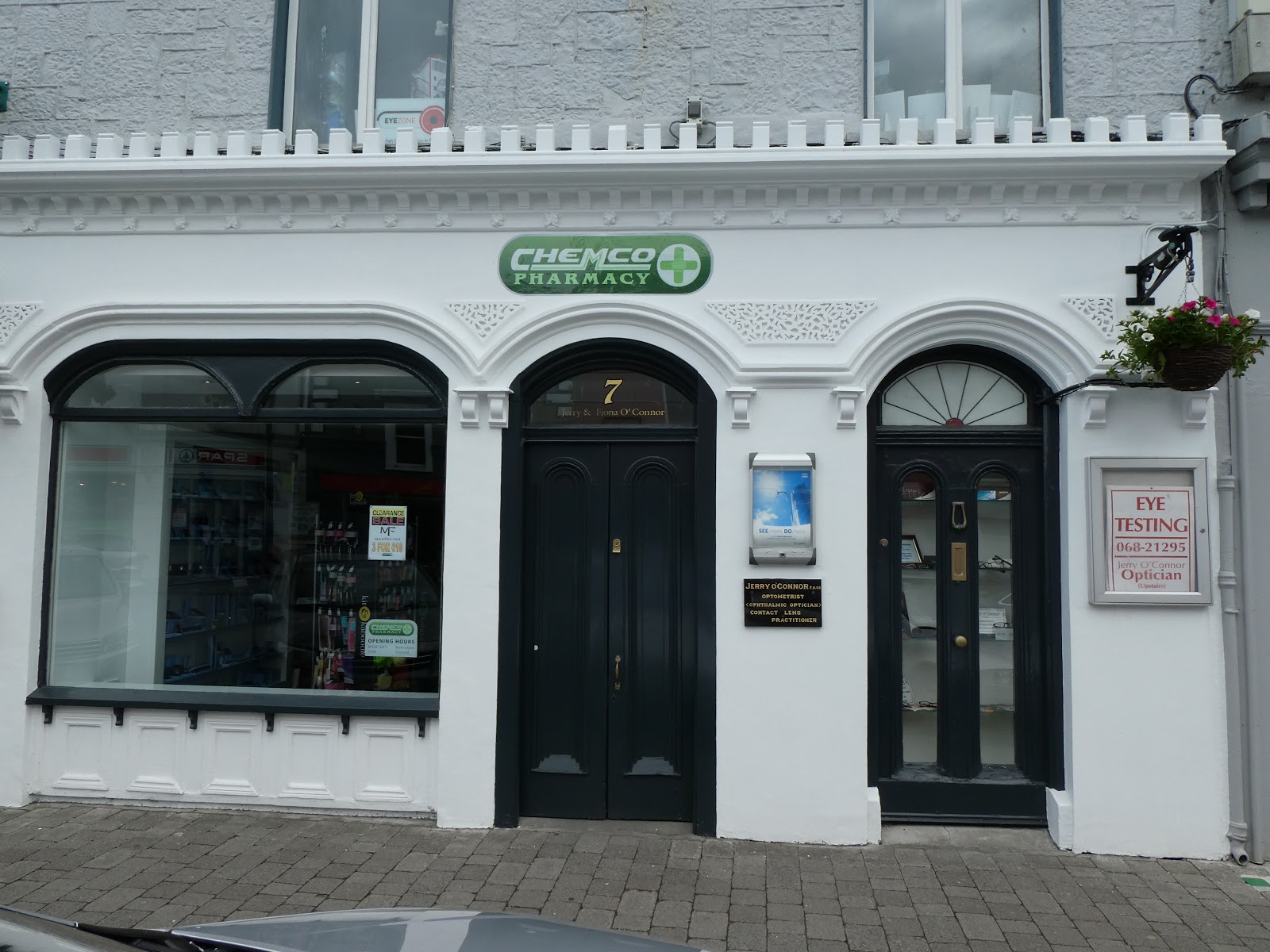 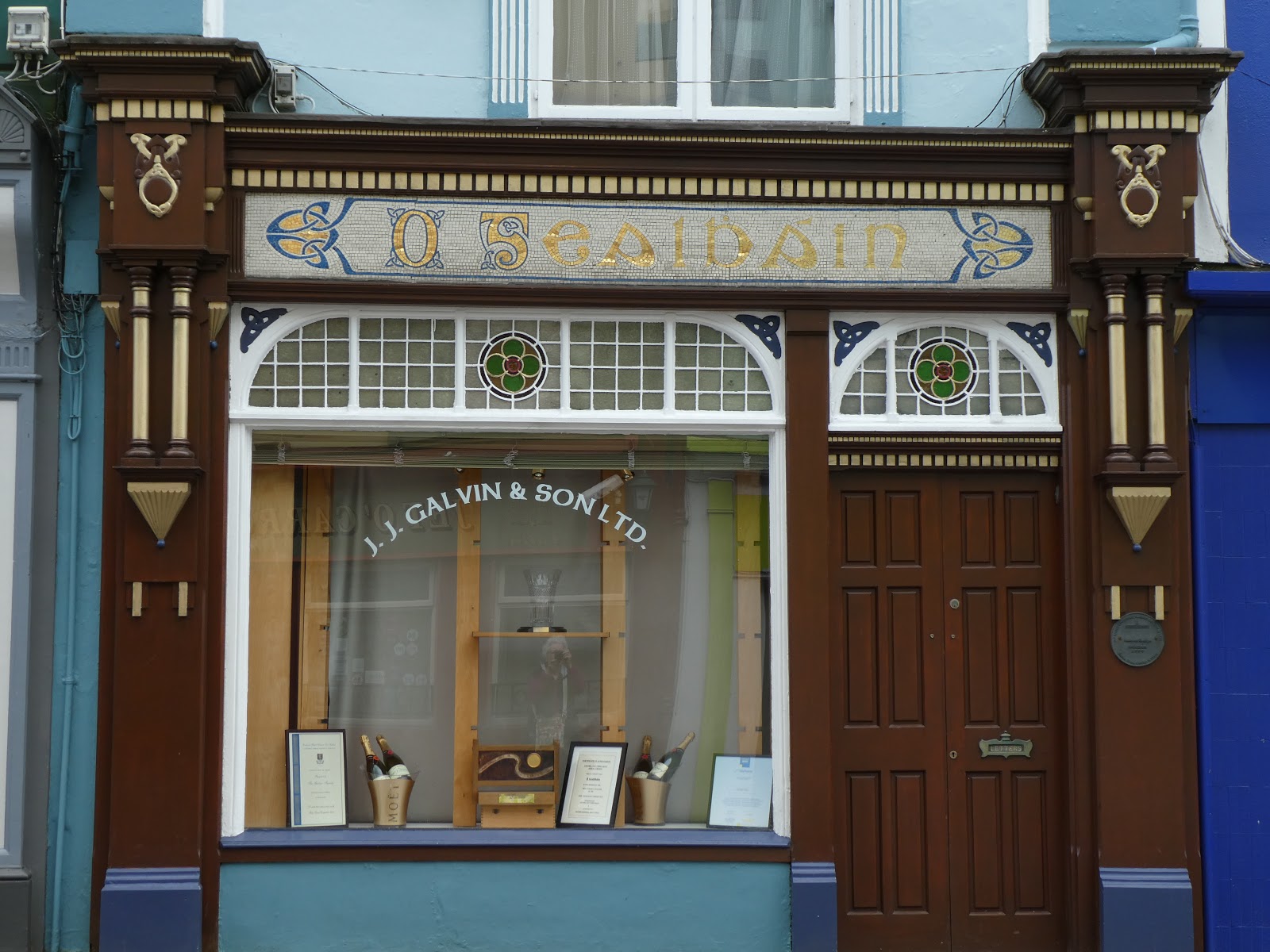 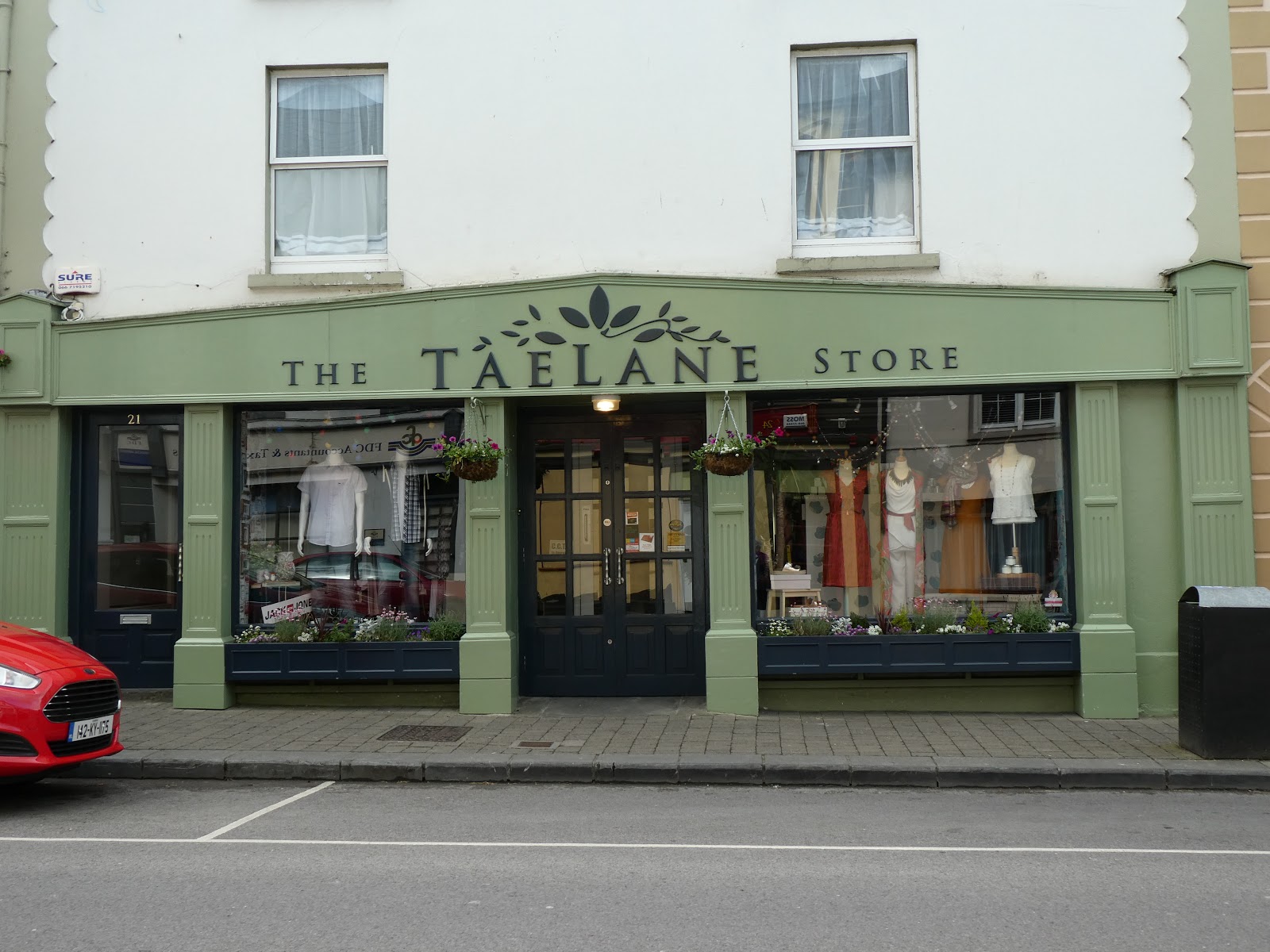