Fitzgerald’s Park, Cork and the Sky Garden and an emigrant’s tribute to his Kerry father 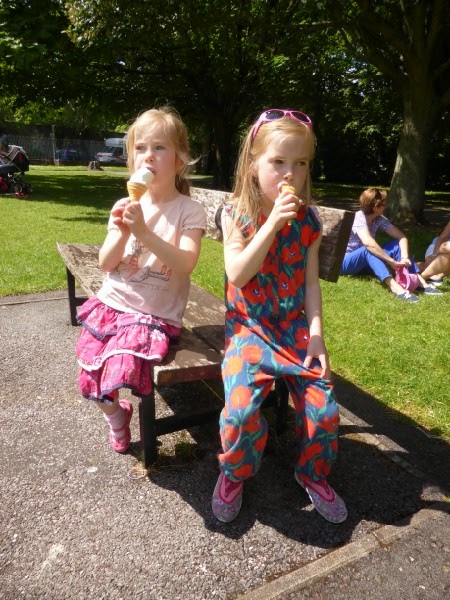 Last weekend I took a trip to the real capitol. I took in a gymnastics display, a trip to Fitzgerald’s Park and a day out in Fota. 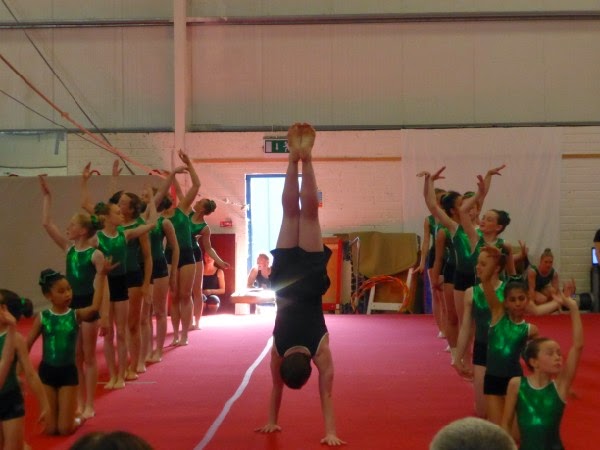 The display was in the hall of the local Ballincollig Gym club. Over 100 young people gave a world class display.

One of my favourite topics this summer is the Diarmuid Gavin designed Sky Garden in Fitzgerald’s Park, Cork. My regular followers will remember that I was there for the grand opening. I visited again a week later and found that the precious garden had become a playground and all the plants were trampled by children climbing on to the stainless steel globes. 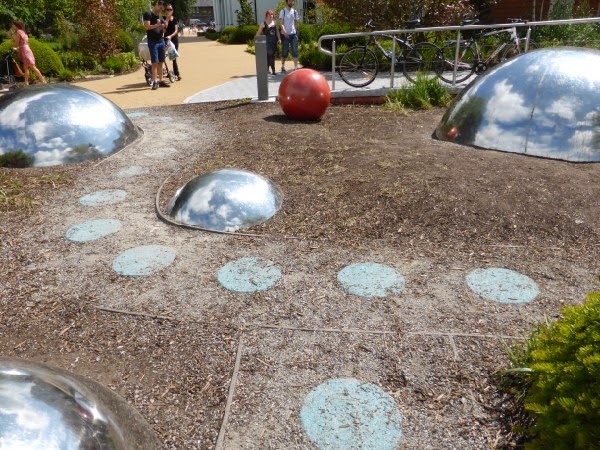 Now, not even a month after the fanfare that attended the official opening, we have bare earth where plants used to be and we have the big silver globe removed and replaced with a semi globe.

You have probably noticed that there are no children playing in that space anymore. That is because the steel was hot enough to fry an egg on Saturday last. 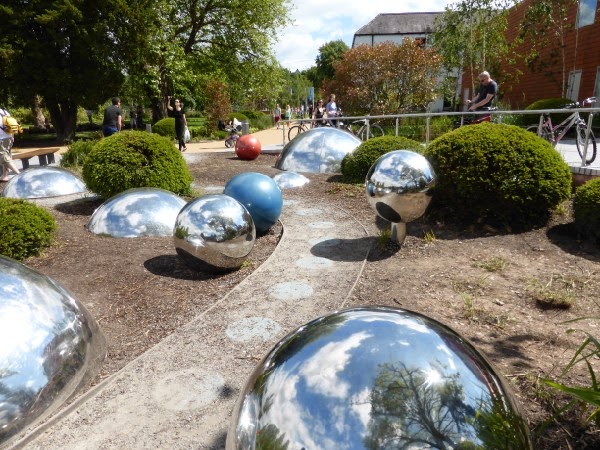 In another part of the garden stands this feature. 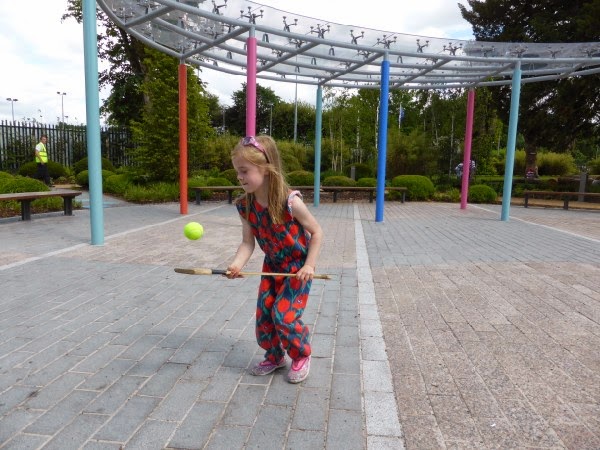 That’s my granddaughter in front of it trying out her hurling skills. Last weekend there was a lot of talk of hurling in Cork. The three lovely and extremely talented young men from my home town, Kanturk, accounted well for themselves in Cork’s win against their old rivals, Clare. 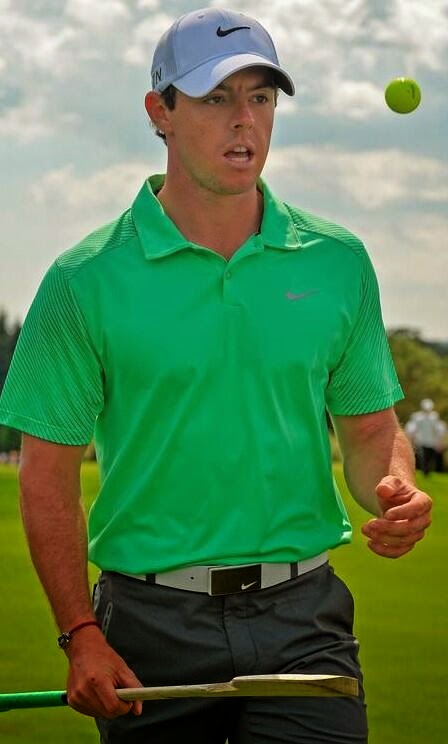 When in Rome…..even Rory McIlroy tried his hand at a spot of hurling while he was in Fota for the golf.  (photo; Indosport) 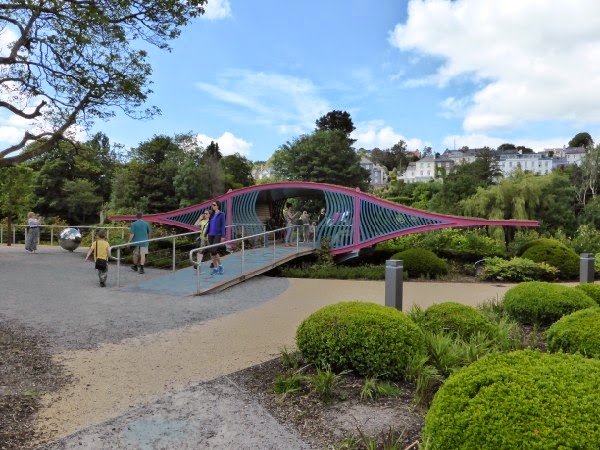 The sky pod of the original design has become a river pod and is very popular with young and old.

Last Sunday was Fathers’ Day. Niall O’Dowd of Irish Central wrote a lovely essay to his own father to mark the day.

The last time I saw him was from the
railway line that spanned the Boyne River in Drogheda. thirty miles from
Dublin. The year was 1978.

He was a speck in the distance,
standing in our small garden waving goodbye for the last time.

He was not an emotive man, but
incredibly protective of his children and the loss of another would go hard on
him. He would not cry, but go quiet, withdrawn for several days.

Moments later the train swept me away
to America, first to Dublin then an Aer Lingus plane across an ocean to a new
world.

I wasn’t lonely, I was full of life
and piss and vinegar and anxious to get going. Life’s vista was opening up and
I was in a hurry to blaze my trail.

Like millions before America was
calling. His wish for me to stay home, stick to a teaching job, marry and
settle down, could never compete.

Now I wonder how he felt that long
ago fine June morning as he watched his third son disappear in the distance,
losing another son to emigration. He knew what it was to say goodbye.

He had grown up one of fourteen in a
three-room house on a small holding in Gaelic-speaking West Kerry. The kids had
scattered to the four winds as soon as they were able, but he had stayed home
and become a teacher.

He raised seven kids with my mother
and at one time five were away, scattered like his own family before him.

We spoke only once after I left
before he died. It was frustrating,he was quite deaf, and I knew he could
hardly hear what I was saying.

A few weeks after I left he was dead
of a heart attack, I was on a Greyhound bus to California at the time, unaware,
stopping off in many American towns on the way on a long mazy trip across
country.

The year was 1978 and there were no
cell phones, only old-style landlines in Greyhound bus stations where calling
Ireland was impossible. I was uncontactable.

I reached a fork in the road in Salt
Lake City bus station. Los Angeles was one bus destination, San Francisco the
other. I felt him urging me to take San Francisco. It was the night he died.

Was he with me on that long journey
across the salt lakes, to the Nevada Mountains and beyond?

I like to think he was. He loved the
stories of the old West and here I was landing in the self-same territory
inspired with the same version of the American dream that drove so many Irish
before me.

Back home he had followed my progress
west on a map, living it vicariously. I wrote to him about Cheyenne, Wyoming,
the badlands and Tombstone City, places that fired his childhood imagination.
He did not live to see the letters.

He was a writer too, I took so much
from him, and today am lucky I can still hear his voice reading his short
stories in Gaelic on the radio long ago.

This Father’s Day I will put on one
of those CDs and for a moment the years will roll back as that powerful Kerry
accent and beautiful lilting Gaelic can be heard again.

Then I will raise a glass to the old
man, with the granddaughter he never knew and for a moment the world will be
full again. 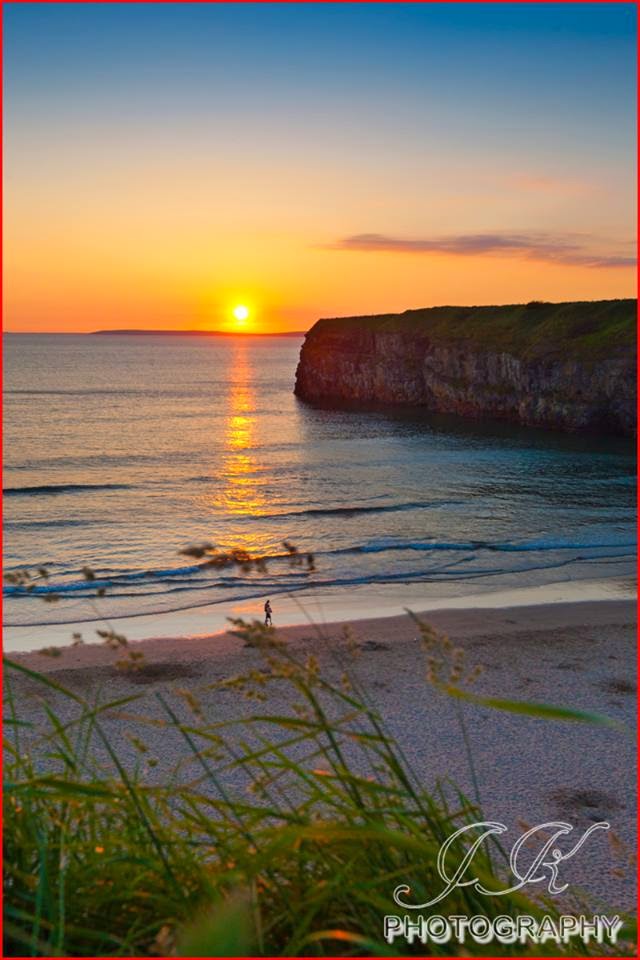 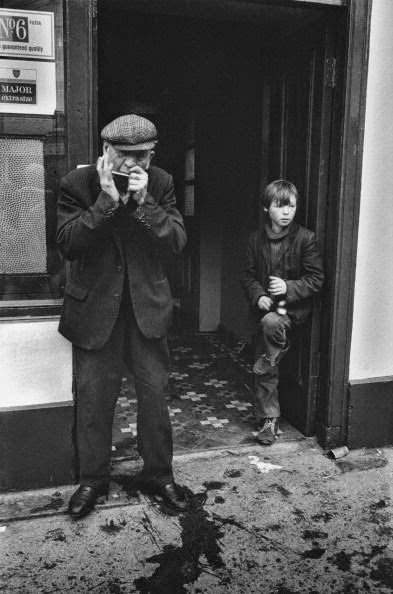 Thanks to everyone who helped identify the people in this old photo. The man playing the harmonica is Jackie Faulkner and the boy is the late Ned Walsh. The photo was taken on the day before the first Fleadh Cheoil in Listowel in the 1970s. The place is Freezers. Ned Walsh passed away in 1989.

The photo stirred a good few memories. Thanks everyone.