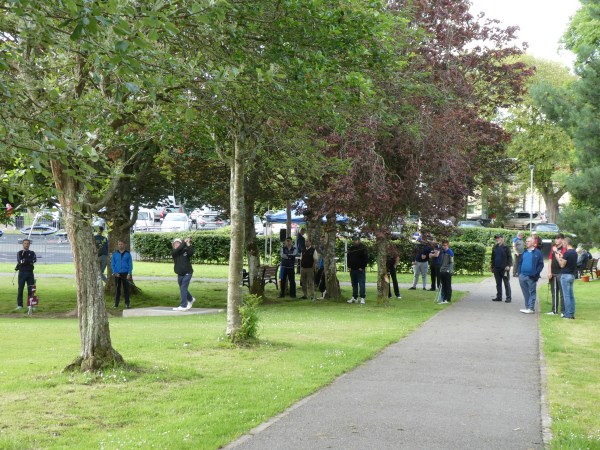 Teeing off at the Munster Championship Pitch and Putt in The Town Park, June 2019

Listowel’s Jumbo’s does it again

In Listowel, Jumbo’s is a brand as big as McDonalds. It is a local institution. Every Listowel person and people who visit Listowel have a special Jumbo’s memory. Good food, friendly loyal staff, social responsibility and efficient service are the hallmarks of this business. I’m delighted to see it in line for another award. 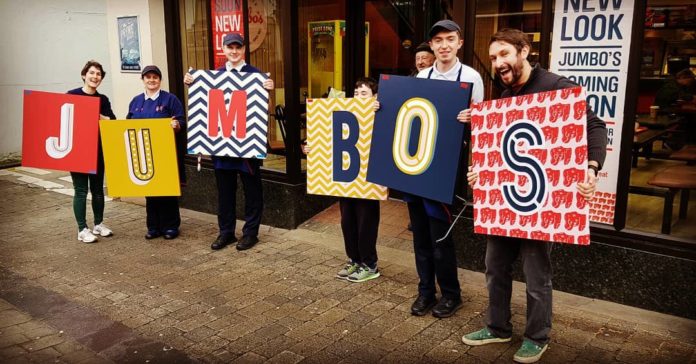 A Kerry business has been shortlisted for a national award for their social media activity.

Jumbos Family Restaurant, Listowel is one of seven nominations for the Facebook Small Business 16+ staff category in the 2019 Social Media Awards.

The ceremony will be held in Dublin’s Liberty Hall Theatre on July 25th. 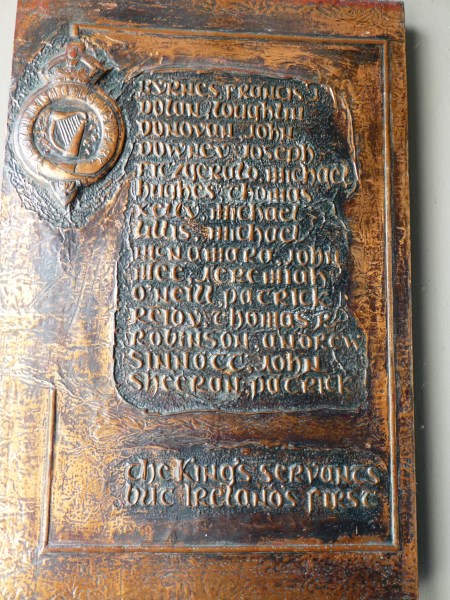 Above if the plaque on the wall at Listowel Garda Station commemorating the mutiny of 1920. 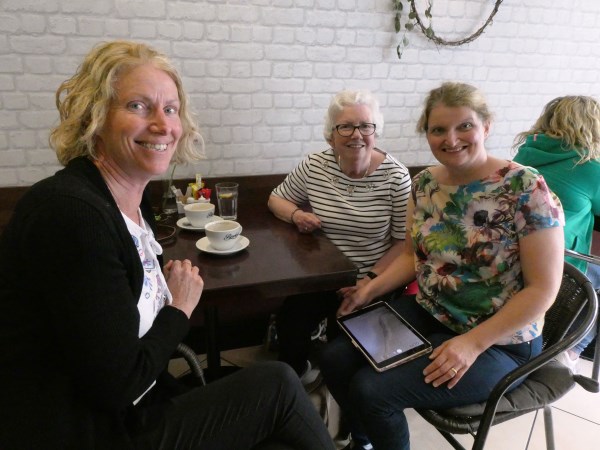 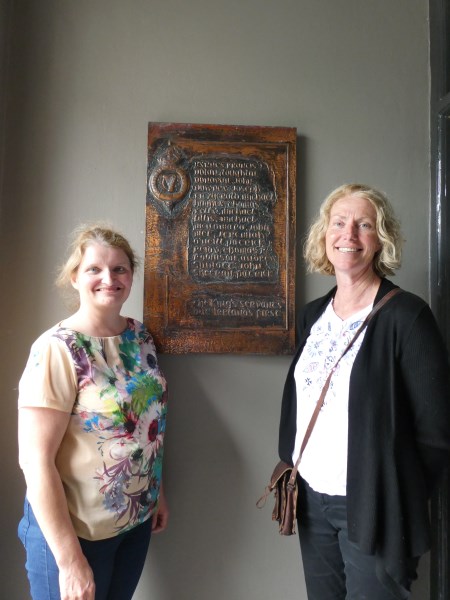 Two of the relatives of Loughlin Dolan, one of the mutineers, came to Listowel to see the plaque and to find out more about him.

Loughlin was born into a farming family in Lusmagh, Kings County, Co Offally in 1889. He served as RIC officer in various places in Kerry ending up in Listowel. After the mutiny he stayed for several years before he was reposted to Cavan. He never went to Cavan however but emigrated to Liverpool. From there we went to Australia. It is not clear if he was on the run or if his mental health had deteriorated but he eventually was found in the Australian bush where he had lived the live of a hermit for three years. 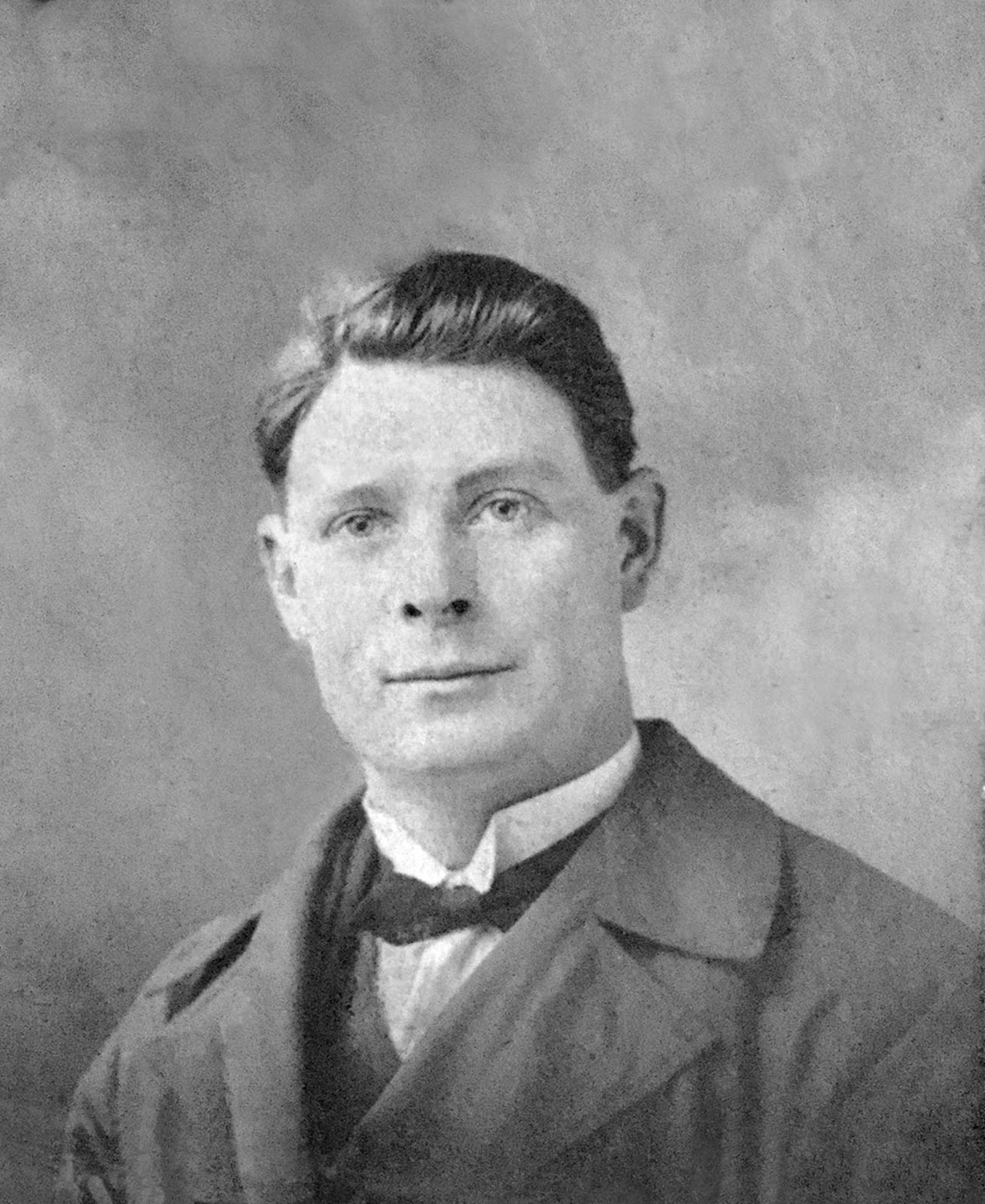 It’s now nearly 100 years since the infamous mutiny in Listowel Barracks. It’s an incident in a very troubled time in Ireland which has been variously denied and glorified, depending on which side you are on. This is my take on what happened.

In a nutshell in1920 North Kerry was a republican stronghold. The RiC in Listowel were a band of Irishmen, doing a job who now found themselves in direct conflict with their friends and fellow Irishmen. Col Smyth, a decorated English soldier was sent to commandeer Listowel barracks as a military headquarters for the region and the police officers therein were to act as agents of the military and lead them to the ringleaders of the republican dissent.

Fourteen of the police officers, led by Jeremiah Mee laid down their arms and refused to obey. North Kerry was now under martial Law but without the local knowledge of the RIC men there was nothing left for the military to do but to rely on The Black and Tans and their brutal tactics led to much bloodshed and destruction.

After the mutiny the mutineers were dispersed to various other police stations but four were left in Listowel.

One of these four was a man called Loughlin Dolan.

Martina Dolan, who has been searching for information on her relative sent me these accounts from Australian newspapers of the mystery surrounding Loughlin’s turning up unexpectedly and his refusal or inability to say who he was and why he was living like he was. Unfortunately after he recovered he left the hostel before his brother could get to him and there the trail goes cold.

It would be interesting to hear from the relatives of the other mutineers to see what happened to them after that fateful event.

HERMIT OF THE HILLS

Irishman who hid himself for three

years in the hills near Strathatbyn and

was discovered three weeks ago unconconscious and emaciated has now recovered much of his lost vigor.

Dolan. is recuperating and doing light

work in an institution in an Adelaide

He still refuses to say why he be

came a hermit, but one statement he

made yesterday to a visitor may throw

some light on the mystery.

unless .something is done for him, he

is doomed to an early death. Examined

by a doctor,since he forsook the isolation

bush pronounced physically sound, -he persists that he

is suffering from an ailment which, if

not checked, wili kill him. Is this

Is it the solution of Dolan’s

Yesterday morning he was whistling

happily as he trudged along ‘behind a

horse ‘ attached to a single furrow

plough. The flowing hair and beard

which obscured his features before he

entered the institution have vanished:

be is a stone heavier, his skin is fresh

and clean, and his eyes sparkling with

the brightness of health.

He showed no trace of that timidity

that governed his speech and actions

three weeks ago. He was eager to

”All right now, but I didn’t take

kindly to a bed at first.’

‘What are you going to do about the

‘It depends on my health.’

‘But the doctor has said you are fit

‘I know, but I am not satisfied. I

will not be satisfied until there has been

‘Would not the disease you are afraid

of have done its work during your three

years’ stay in the hills?’

‘No; it will take five years to lull

‘It will not kill you. You are physi

cally well. The doctor said so.’

The young Irishman shook his head.

”I know they think it is imagination,’he said,

Any attempts to brush aside the pos

sibility of his being mistaken were met

with refusal. He discussed the matter

quietly and rationally, and his man

manner was not that of a man suffering

Why Loughlin Dolan lived in the Adelaid hills for three years,

existing on rabbits, water, and apples, is

known only to himself.. He refuses to

say. He is recovering his strength,

and intends to go to work.

An uncle of the Irish immigrant

and a brother reside in Western Aus

but will not even hint that that was

the reason for cutting himself off from

One of the strangest stories revealed

for many years in Australia-is. that of the

life during, the past three-years of Loughlin

in the bush “at Bull’ Creek on Sunday

Dolan talks willingly to those whom he

is convinced are his friends. He has a

cultured voice, and has-evidently been well

educated, but he is shy and sensitive and

shuns idle curiosity. He is

tall and handsome and his curly reddish

beard is streaked with grey, but he is

weak through lack of food. Normally he

Is a powerful man. He is unaffected and

Why he took to the hills is a mystery

and a subject upon which he steadfastly

In a conversation today

Dolan’ said, that now he knew he was

among friends he was glad he had been

found. He was deeply grateful for what

Sgt.G A: Heinemann, of Strathalbyn, had

“You have been a good friend to me,”

he said sincerely. He did not profess to

have liked his life n the bush..but it was

it was evident that had he  not'”been en

dowed with a hardy constitution he could

not have lived through the many hard

ships he underwent. Out in the open-in

all weathers, ill-clad with a scanty covering of bags and with rabbits and water as

his diet was his life for three years. It

is probable that in a few weeks’ time he

will regain his health and strength.

“Wait unitil you see me shaved and well

man. I can work and will be anxious to

Dolan said he was brought up on a farm

in Ireland, and was used to farming work

and could also drive a motor car. About

eight months, before he came to Australi

he was in Liverpool and worked as a gar

dener at a college. His sweetheart was in London, and they intended to make a

Be had an unIcle who had been a farmer

in Western Australia for 40 years, and his

brother had been there 14.

LOUGHLIN DOLAN–As he was when

he arrived in Australia three years ago.

Intended to go to them. He had about

£200 before he left Liverpool and brought

that with him to Adelaide.

It was on his arrival here that he made

for the bush for some reason which he

will not disclose,but he says he has been

worrying and fretting while he has been

there. He made no attempt to go to

Western Australia although the he

travelled on and called at Freemantle . That

he is not troubled over money matters is

indicated by the fact that he had more

than £70 tied in a small bag round his

waist when he was found This.has been

taken charge of on his behalf by friends

at an institution where he is now being

He is much concened about his rela

tives in the West, and also in England and

Ireland. He has made no attempt to

communicate with any. of them while he

has been in hiding, and he realises that

they will have been worrying, about him.

He said he was anxious for someone to

write to them on his behalf.

For three years he has been absolutely

out of touch with the world. While he

has seen many people he has carefully

kept out of sight. He had-no newspapers

or anything to read, and did not do any

writing during that .time. He evinced

great interest in’European affairs, and was

glad to know that in his native country’s

“I Will soon pick up the news of what

has happened during the last thiee years

Concerning his: life in the bush he had

not much to tell. He did not travel far

from the spot where he was found. He

lbathed regularly, and lived in a most

said, *”and I did not build a permanent

me. Sometimes, in the.winter, I lept in

but 1 never caught anything but rabbits.

I never knew what month it was;, but I

always knew the. seasons… The climate

here is-beautiful, and I have found the

Regarding his future, Dolan has no

plans, but he is definite in his.desire to

Sgt. Heinemnann said the country in

which Dolan had been living was rocky

scrub, in which a man would find no ditffi

culty in hiding, but would probably find

it hard to live.

“You would not stay there two hours.”

he said. Dolan told the sergeant that life was hard

he had had nothing to eat for a fortnight,

as the rabbits were scarce and he was getting

When he was found he could not walk and it required

The sergeant provided hlim with some

clothes, for which he was grateful. At

the hospital Dolan said the nurses had

been kind to him. He had had a good

night’s rest and a good breakfast. He

expected he would be well again in a few 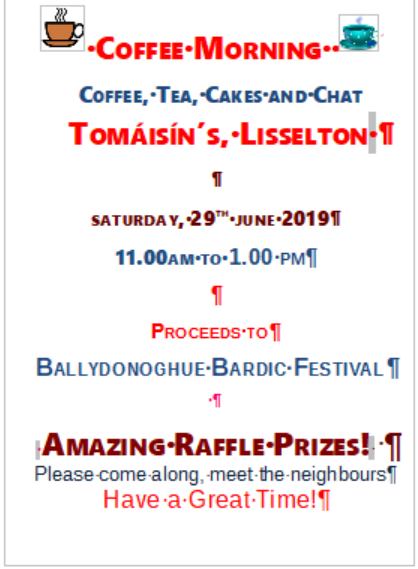 Well done to the people behind the Kilflynn Enchanted Fairy Festival who defied the vandals to rebuild Ted. The festival is a lovely event for children and the young at heart. It’s on this weekend starting on June 29 at 7.00 p.m. Killflynn will be buzzing.