Enduring love is a two way street. People looked at us and saw Jim, an invalid, and Mary, a carer. They did not see the true picture.

Jim Cogan cared for me in so many ways. He bolstered my faltering self esteem and gave me the self belief to be proud of what I can do. Jim was a great encourager. He encouraged me in all my efforts. Without Jim I would never have had the confidence to produce a book or to write a blog.

Ironically, being confined to Listowel so much gave me the interest and the time to get to know and love the town and its history. This knowledge and love informs all of my creative output nowadays.

From his first diagnosis in 1973,  Jim was never alone in his struggle with M.S. I stood at his side and watched every stage of his slow decline for over 40 years. I remember the first day he couldn’t do his shirt buttons, the phone calls from school to say he had fallen, the nights he couldn’t sleep and the fatigue that left him exhausted by 4.00p.m. I remember the walking stick, the crutches, a succession of motorized scooters and eventually a chin controlled wheelchair. I heard his voice decline and weaken until he could no longer teach. His hands had long since failed him until he couldn’t even scratch an itch on his face.

Together we picked ourselves up after every fall and found a way round every new obstacle. In the early days we tried every new fad and treatment. We both read voraciously about the disease that was slowly crippling Jim. We were prey to every quack and charlatan who might offer a hope of a cure. The medical profession seemed to have none.  We went to Knock and Lourdes. We tried everything.

We were lucky to have supportive families. We had three children. We tried to shield them as much as possible but they lived with M.S. and no doubt they saw the decline and worried.

Our greatest ally was always Listowel and the community in which we found ourselves. Cherrytree Drive neighbours and in particular the Moylan family have carried us for years. They are still carrying me now that Jim is gone. Emotionally, practically and at times physically, Eddie and Helen lifted and carried their ailing neighbours.

St. Michael’s College was good to Jim. Fr. Diarmuid OSuilleabháin assured Jim, when he was first diagnosed, that, for as long as he could do it, there was a job in St. Michael’s for him. That promise meant a lot to a young couple facing an uncertain future. Every successive principal, without exception, looked after and accommodated Jim’s needs. Ramps were built, his room moved downstairs and an emergency evacuation plan put in place to facilitate him. The boys too rose to the challenge. Jim often had to ask for help and he usually got it without question.

Jim made good friends among his teaching colleagues. Joan ORegan came to visit him frequently right up to his last hours. After his retirement, Jim missed the buzz of the staffroom but his colleagues called often and eased the transition for him.

Over the years, as our interaction with health care providers increased, we met constantly with support and kindness. Dr. Billy O’Conor supported us in trying every new treatment and maintenance regime. He treated Jim through numerous chest infections, bladder cancer, respiratory failure, heart failure and all the twists and turns of M.S. along the way.

Nurses Mary MacMahon, Denise McKenna, Catherine Kirby and all of the other community nurses were kind and caring to Jim. Aileen O’Carroll and the various physiotherapists from her practice stretched and flexed and manipulated stiffening muscles into keeping going a little longer.

Jim’s illness brought out the best in every one. So many people went that extra mile for him. Dan Carmody, Ear Nose and Throat specialist, drove from Tralee to make a house visit to deal with an intractable ear infection, Seán Moriarty, dentist, treated Jim after hours and often at short notice. His previous dentist, Mr. Kennelly built a ramp for Jim to access his surgery.  John Doyle, John O’Carroll and later, Pete Spink were incredibly patient and attentive to Jim’s technology problems. A past pupil, James Carr, sourced for Jim an ingenious little programme that allowed him to turn on and off the computer by voice.

Jim was lucky to find in Helena Moore a neurologist with whom he hit it off from the start. Jim enjoyed his interchanges with her. Jim felt cared for and he respected the honest and forthright way she dealt with him. He appreciated the sensitivity with which she allowed him to make the “Do not resuscitate” decision for himself. She knew his wishes and she carried them out to the end.

As well as Helena Moore, Jim had many friends in The Bon Secours hospital in Tralee. He had been going there for nearly 30 years and he always felt he was among friends in St. Patrick’s. Betty, Phil, Maureen, Nancy, Margaret, Mary, Bríd, Catherine and all the other nurses and staff whose names I have so soon forgotten looked after Jim better than I could myself on so many visits. They saw him up and down, once or twice at death’s door, and they restored him to health and to me.

When it became obvious that I needed help to look after Jim, the decision to take strangers into our home to help in the caring role was taken with some difficulty. It was a decision that we delayed too long. Beginning with Christina Enright, Jim welcomed a succession of carers, all of whom became his friends. Eileen Hanrahan was Jim’s last carer. For years she looked after Jim with professionalism and great gentleness.  Jim looked forward to her daily visits and to the banter with her or with one of her many subs.

Jim loved all of his girls in The Twilight Service. He looked forward to his nighttime routine and the welcome interaction with all of these lovely women. Cathy Corps was like a angel bringing blessings to us continually.

Given the level of his disability, Jim had a good life and he knew it.  He harnessed an amazing array of technologies to give him as much independence as possible. He accepted what life threw at him and he always endeavored to look on the bright side. He was lovable and well loved. Twelve months on, I miss him out of every corner of my life. Family, blogging, our old friends and my new friends in the craftshop and in Writers’ Week have all helped and distracted me but there is no escaping the fact that, for me, life has changed, changed utterly.

Before you know kindness as the deepest thing inside,

you must know sorrow as the other deepest thing,

you must wake up with sorrow,

you must speak it till your voice

catches the thread of all sorrows

and you see the size of the cloth.

Then it is only kindness that makes sense anymore,

only kindness that ties your shoes

and sends you out into the day to mail letters and purchase bread,

only kindness that raises its head

from the crowd of the world to say

It is I that you have been looking for,

and then goes with you everywhere 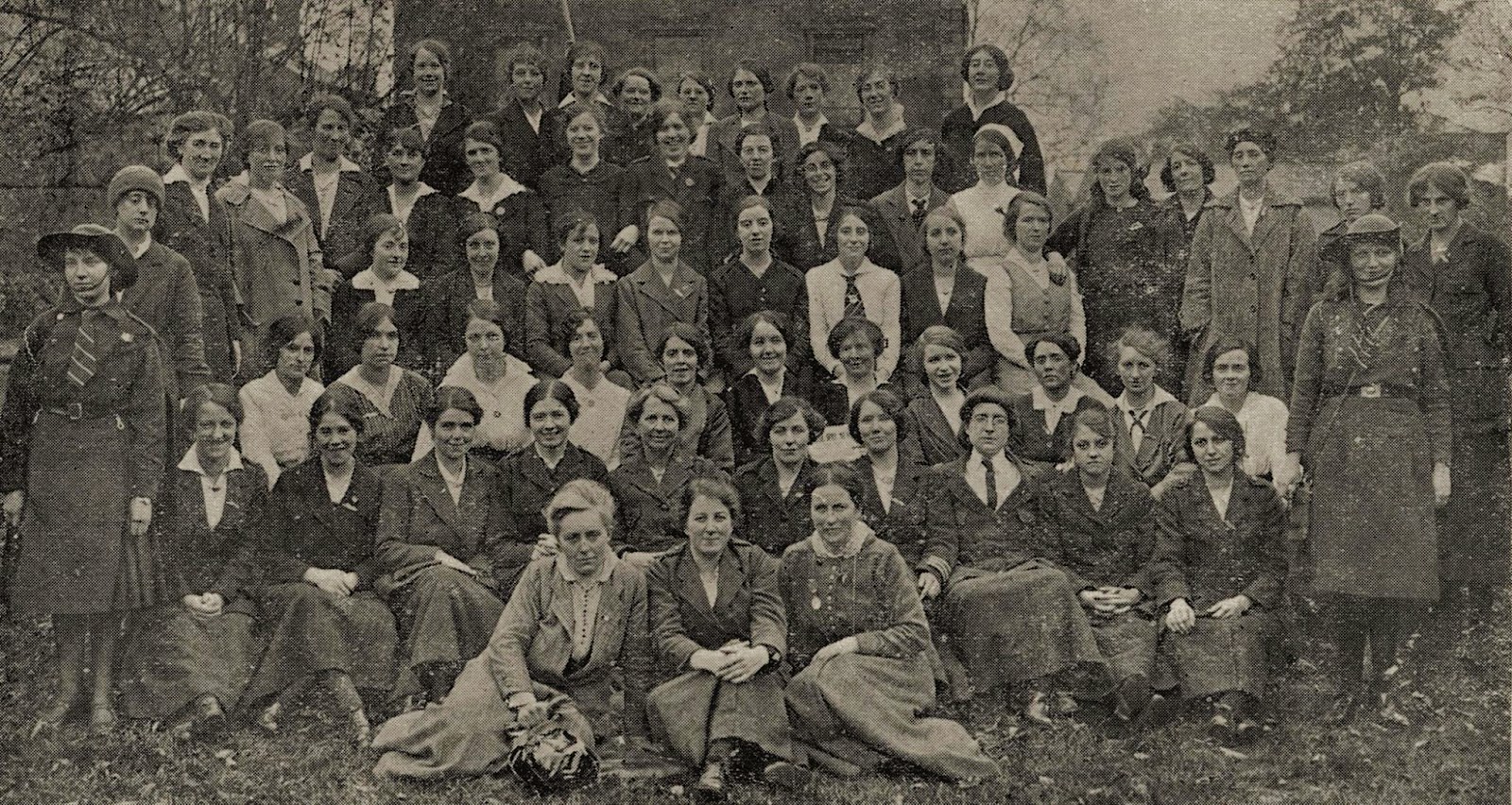 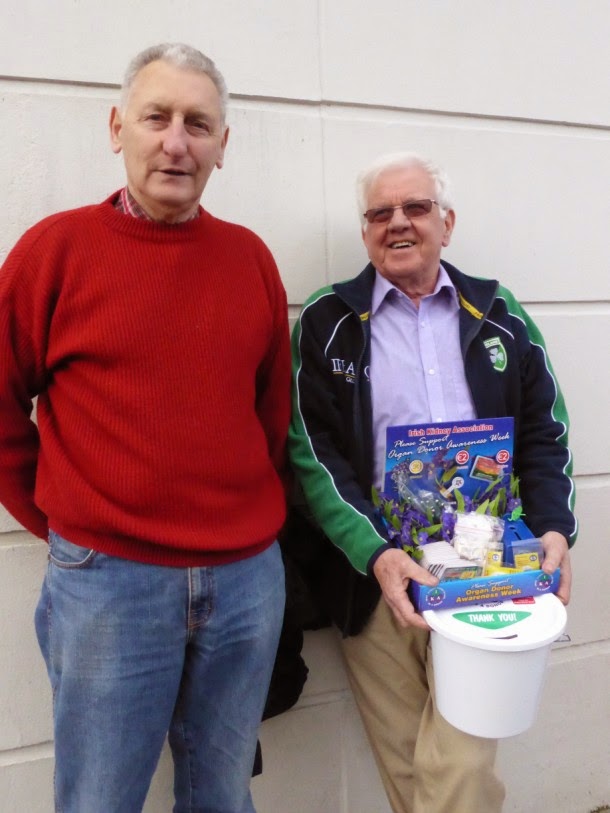 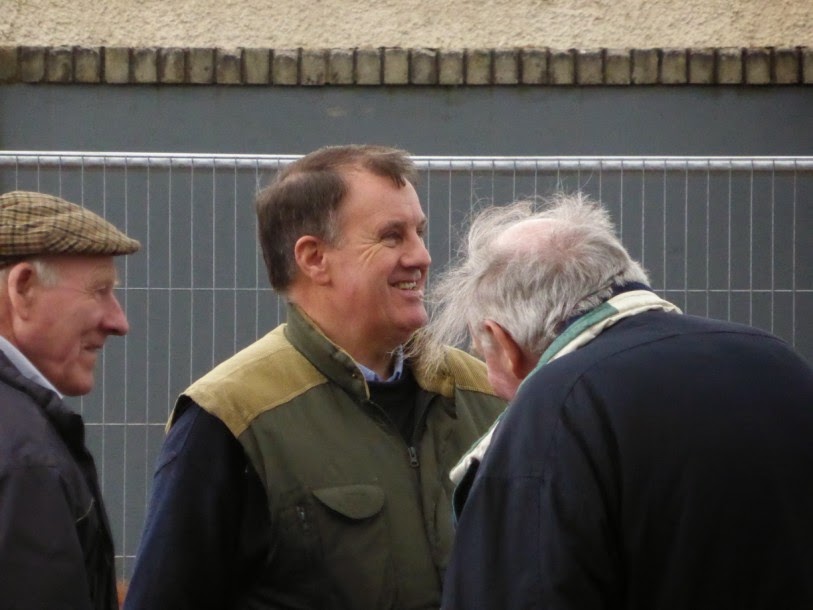 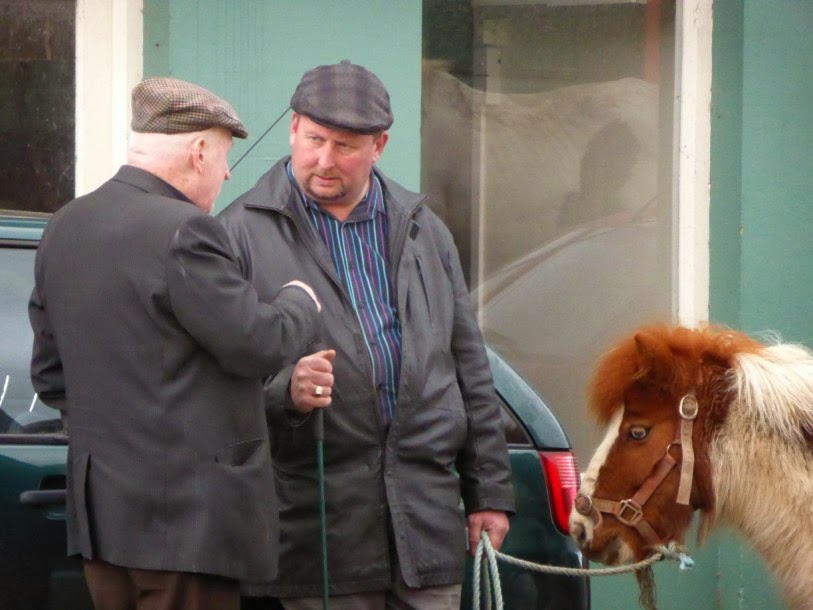 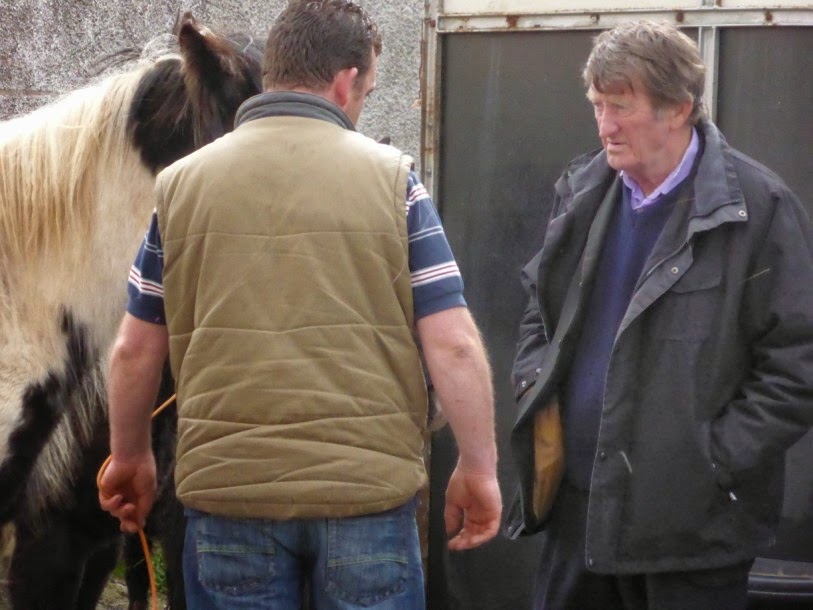 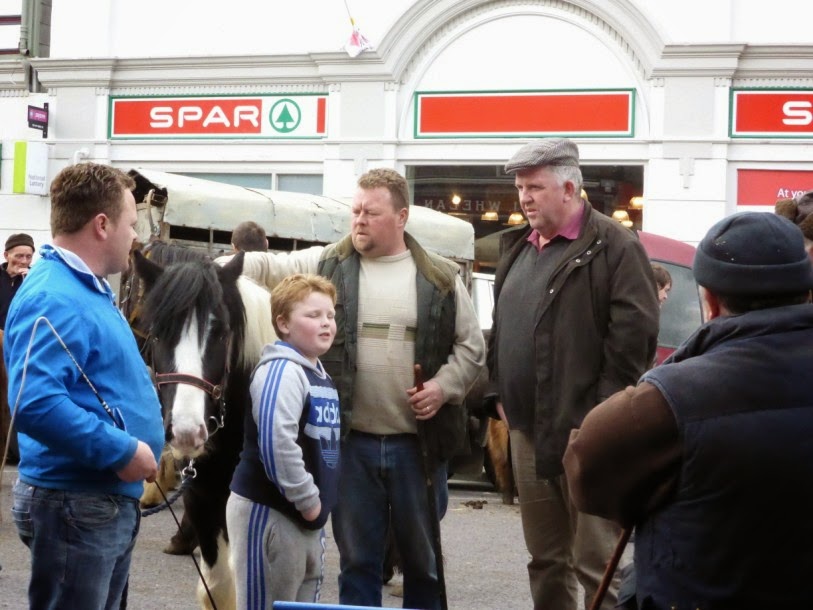 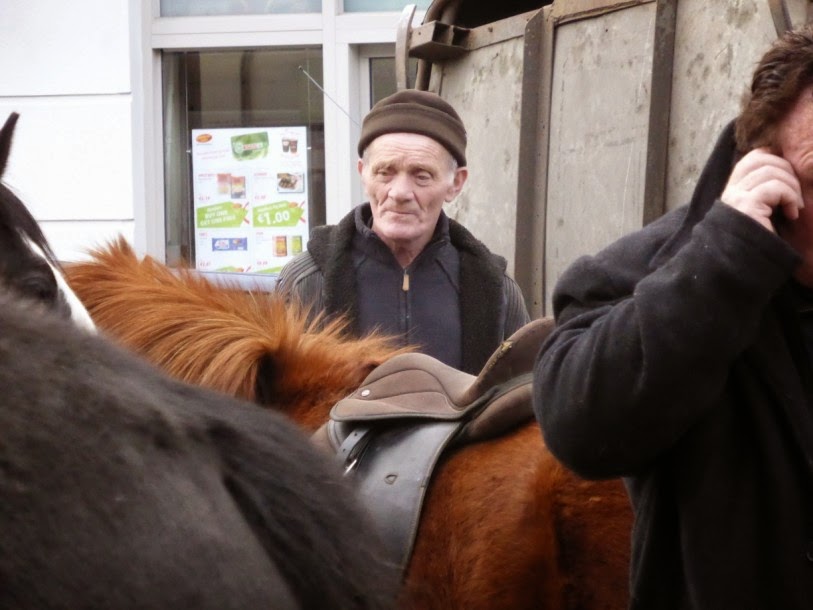 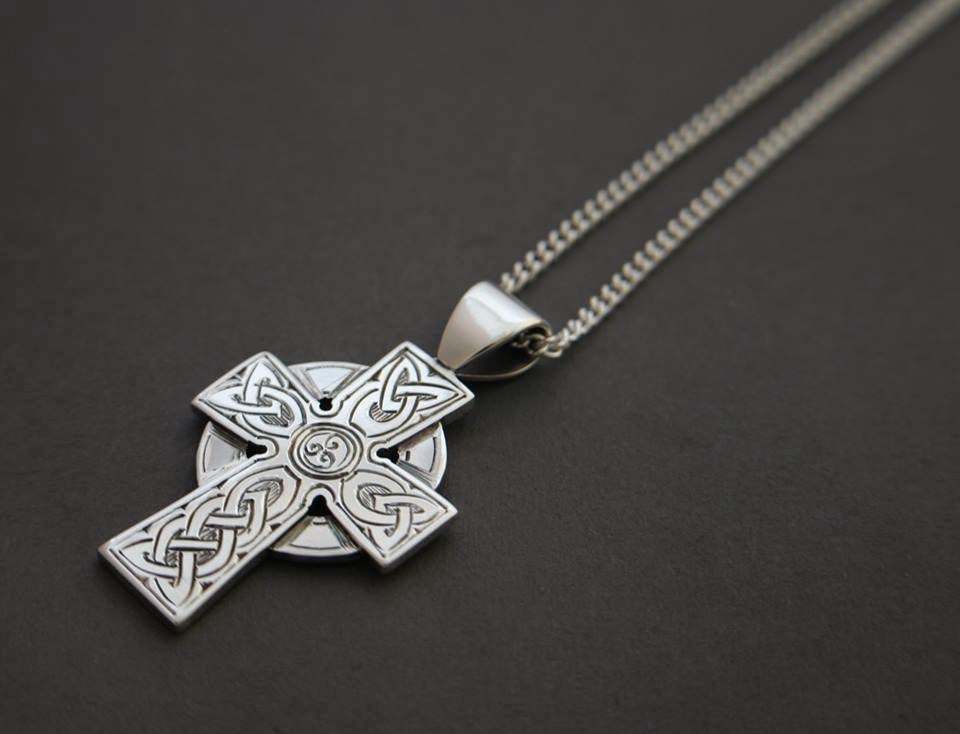